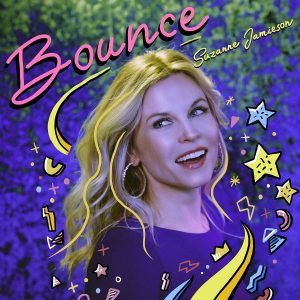 Today we’d like to introduce you to Suzanne Jamieson.

Suzanne, can you briefly walk us through your story – how you started and how you got to where you are today.
I grew up a child of the 80’s in Racine, Wisconsin. I got really interested in singing, theatre, and music around first grade. Piano, singing, and performing became the way that I connected to myself and to the world, especially as I went through the more awkward phases of my adolescence.

I went to Syracuse University for Musical Theatre and then lived in New York and Los Angeles working in theatre, film, and commercials for several years. Then, in 2005. I injured my back and found some relief from a regular yoga practice. So, in 2010, I got certified to teach yoga to deepen my practice. My back pain would still come and go, though, and so I would regularly go to Physical Therapy at Physical Therapyworks in Santa Monica. They are a progressive studio that sees the value in Eastern approaches to healing and asked me to be their staff yoga teacher. Knowing I was going to be working with people who would be recovering from acute pain, diseases, and chronic pain issues, I wanted to be as more prepared and informed about how to safely teach them yoga, so I got certified in Yoga Therapy from Loyola Marymount University’s Yoga Therapy Rx program. In my studies with that program, I learned a lot about yoga philosophy and studied the Yoga Sutras. I learned how closely related these ancient teachings were to the very current research being done in positive psychology.

So, I had these two major interests: Yoga and Music but didn’t know how they could ever meet. I gave birth to my daughter in 2012 and was not finding lullaby albums that I liked, so I decided to make one for her. That album was released right before I gave birth to my son in 2014. About eight months after his birth, it was my 35th birthday and I was in some negative thought patterns. I went for a walk by myself and thought, ‘OK. I don’t want to be thinking or feeling this way. Whenever I notice my woe-is-me thinking, I’m going to say Om.” Then a melody popped into my head….’I’m just gonna say Om. I’m just gonna say Om Om Om Shanti Om.” I thought, “Hey! That’s a kids’ song!” And an idea was born–I would write an album of original songs for kids teaching them positive life skills (like this one about thought-stopping) and yoga philosophy through fun music. Almost five years later, that is what I have done with “Bounce” and I found a way to combine my all my loves.

I also learned something really important in the writing of this album….my first children’s album, “Shine: Lullabies for Everyone”, had gotten on the Grammy ballot, but did not ultimately get nominated. So, I had put all this pressure on myself that this next album would need to be nominated. And lo and behold, my creativity completely dried up. Where I was getting these sort of creative ‘downloads’ where I’d race to record or write down a song idea (lyrics, melodies, etc.), now nothing was coming. It wasn’t until I let that go of all that ego-driven BS and reminded myself of the reason I was doing this in the first place, which was to give my kids this gift and these lessons, that the ideas started coming back.

Can you give our readers some background on your music?
This new album was co-written and produced by 3x Grammy-nominated children’s’ band The Pop Ups. I knew I wanted to collaborate with them on this album because sometimes I’d keep their album playing even after I dropped off the kids. That’s the kind of album I wanted to make. Because, hey, if parents like it, they’ll play it! I feel so proud of what we’ve created with Bounce. We collaborated with the Alphabet Rockers on the song “Grateful” and Patti Murin, who originated the role of Anna in Broadway’s “Frozen” in the song “You Got This.” The songs are fun, uplifting…bops! And they teach really important, well-researched skills for a happy life….gratitude, thought stopping, optimism, value in community, resilience, grit, savoring good moments, etc. These songs will be teaching kids without the kids even knowing it. Really a win/win for everyone.

So, what’s next? Any big plans?
COVID has really put the pause button on any planning for this year….it has forced us all to really focus on the here and now. Priorities are shifting…more towards family, more towards friendships, toward health and quality time.

I thought I’d be touring this album this year and so we are coming up with some creative alternatives to that, which parents can look out for on my YouTube Page. We have released a couple of really fun animated videos on that page as well. I plan to continue singing however and whenever I can and continue looking for ways in which music and wellness overlap creatively. 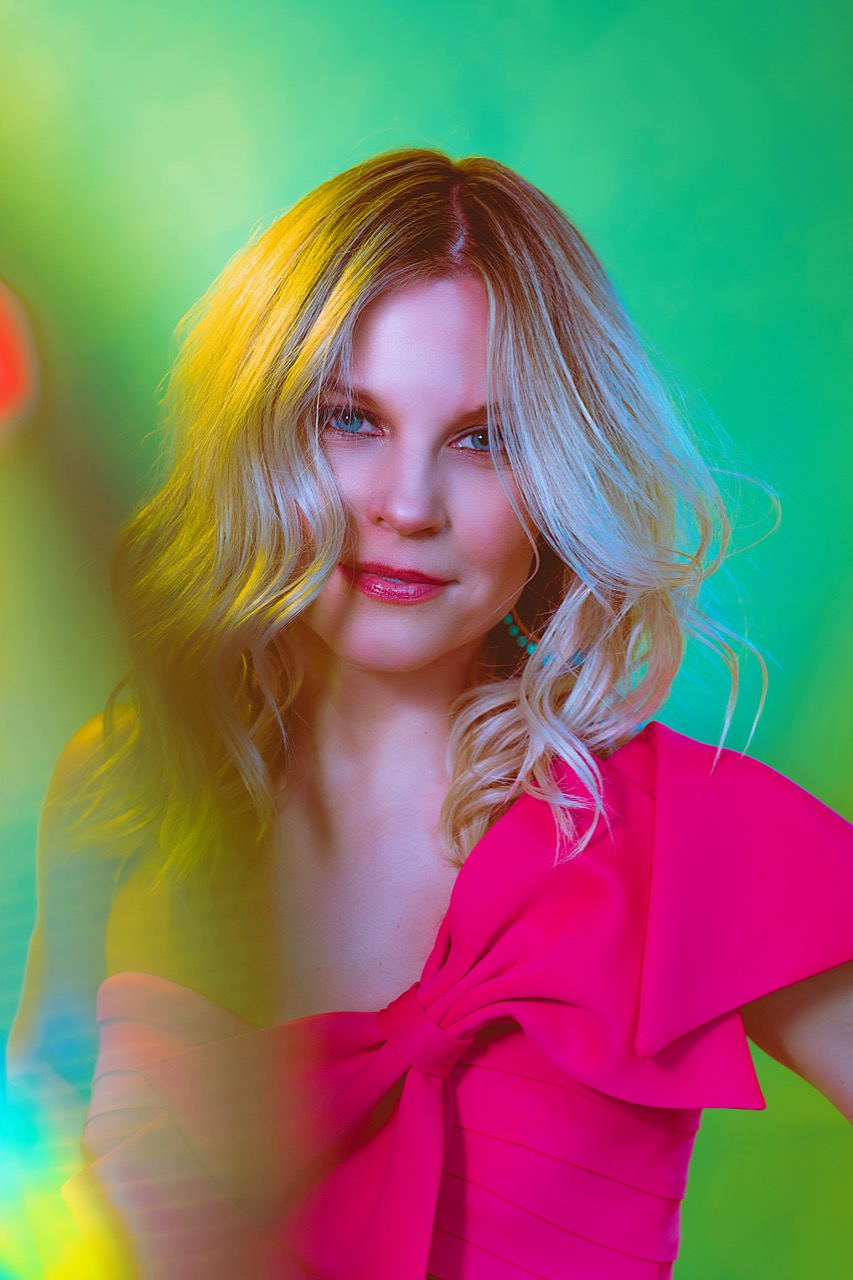 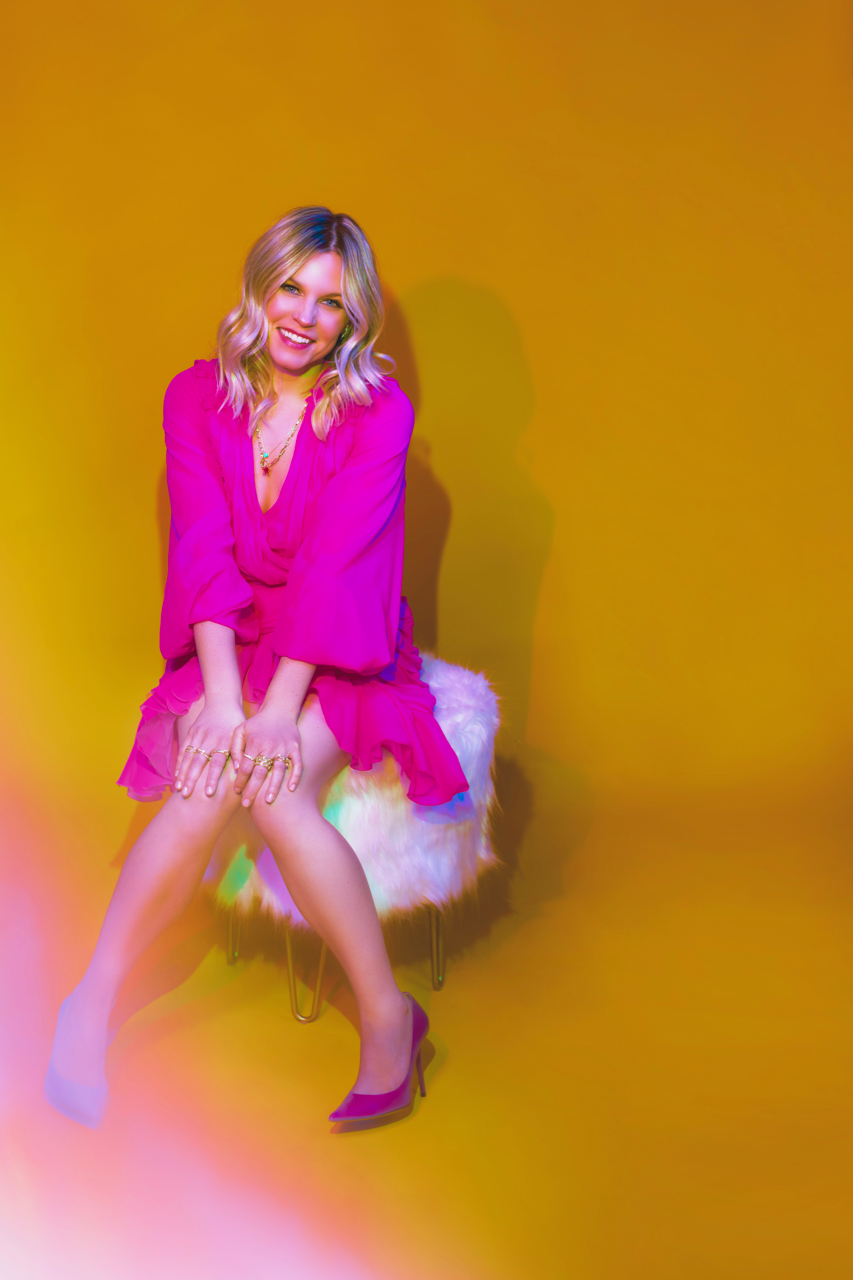 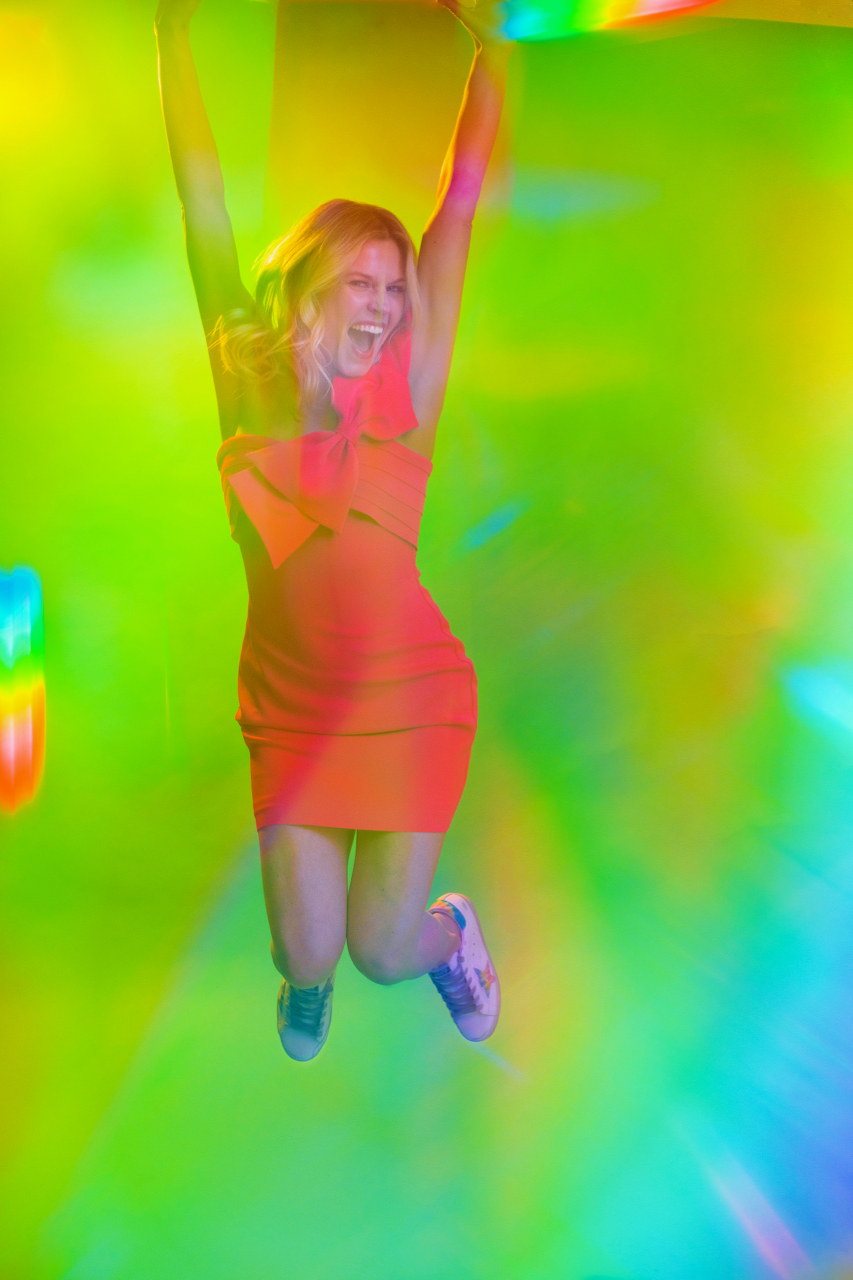 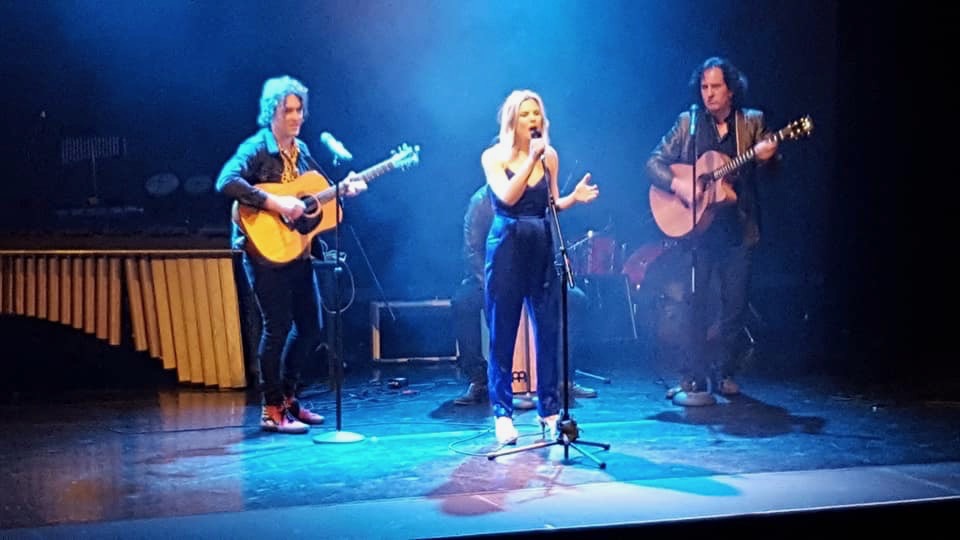 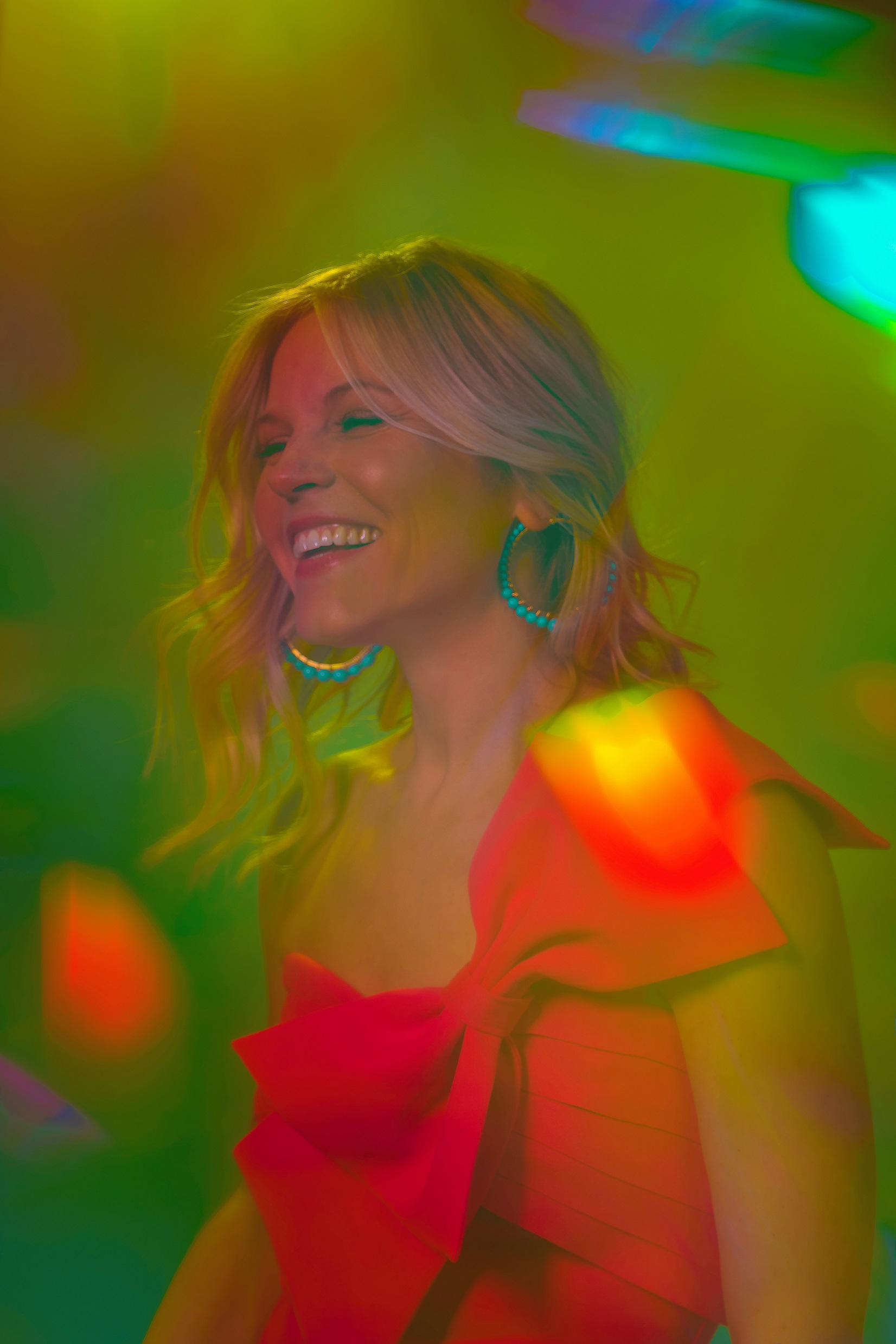