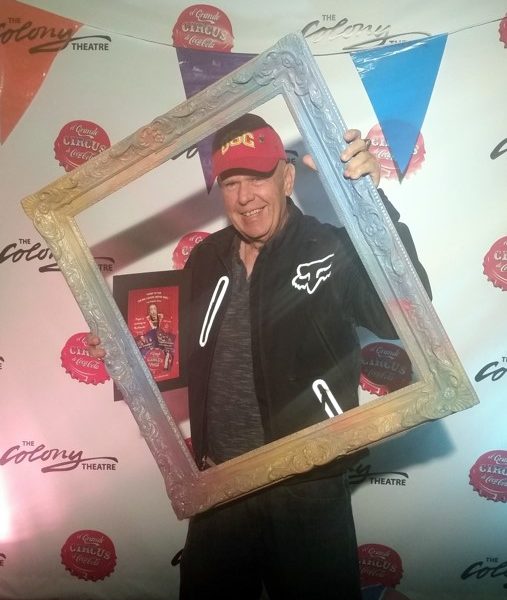 Today we’d like to introduce you to Ron Irwin.

Ron, please share your story with us. How did you get to where you are today?
I moved from Chicago to Burbank in 1983 and not long after I began doing talk radio on KFOX 93.5 FM. As that continued, I concurrently began developing a career in Public Relations which continues to this day. My clients are rough two third corporate and one third celebrity. My talk radio work ended about a decade ago but I am seriously looking at a reentry into the field because, I thoroughly enjoyed the experience and I believe I have a face more suited to radio than TV.

But over the years, I have increasingly delved into both digital art and writing and now have 19 books in print. Two of my books are particularly powerful to me. “Live Die Live Again” tells my life story up until December 18th of 2012 when on that day, I literally dropped dead at about 5:30 p.m. I stood up from my desk, turned around and stopped breathing. I wasn’t choking or gagging I was just not breathing. In my final few moments of consciousness, I was barely able to but did successfully punch in 9 1 1 on my cell phone. It took my family several hours to finally locate me as a John Doe in ICU at St. Joseph’s hospital.

I spent several days in a coma and on day two a physician walked into ICU and announced to my family that IF I survived I would need to be put into a home because I would never walk again. On the evening of my 25th day, I told the charge nurse that I would be leaving the next day which I did. But I left with some bad news. I had congestive heart failure and type 2 diabetes and I was morbidly obese at just above 300 pounds. .

But the most compelling and important thing to come to me from that experience was a full appreciation for the familial love without which I would simply not be here today. It was the power of the presence of my wife and children and grand children that proved the doctors wrong. I became driven to regain full health. Today, I walk 13.1 miles a day or 162 marathons a year. Now, I weigh 175 pounds and eat far healthier than ever before. But, there was one other sad follow up to that experience.

Soon afterwards, I went for a physical examine and was told that my prostate was very enlarged and I probably had cancer. Shorty after a biopsy was taken and it was determined that I had advanced stage prostate cancer. After 42 radiation treatments, I was deemed cancer free but told to follow up with some chemo therapy as well. I did but it was extremely painful and I stopped choosing more natural remedies instead. I am now cancer free.

One side note to this is that several times I would walk the 3 miles from my home to the hospital for my cancer treatment than walk the same back home. Yes, I was that driven to achieve and maintain good health. I also lead an annual Hollywood Health Hike from Burbank to Hollywood on a route that is 14.2 miles. It is NOT a fund raising event and there is no cost to participate except for paying for your lunch at the Delphine Restaurant but only if you want to eat there. ‘Tis will be my fourth year doing this and it will be on April 29th departing at 8: 00 a.m.

My other book deeply meaningful to me came about as the result of me visiting the Miramar Air Show in San Diego last September. While there, I along with about 200 other Marine veterans were presented with commemorative pins honoring our service in Vietnam. That was a very moving experience but upon leaving that event, I saw an A 4 Skyhawk jet aircraft that I had last seen in Chu Lai, Vietnam. It was not an aircraft like the one I saw in Vietnam. I knew from its marking that it was indeed the aircraft I had last seen in Chu Lai. That brought forth a rush of memories I had long ago repressed. From that, I quickly wrote the book “51-50 The Book” which sets for the how I came to find myself in Vietnam as a marine during much of 1966 and 1967. It is a very strong book but with abundant mostly dark humor. The great reveal starts on the third to the last day of his service in Vietnam when he was told something by a Marine Corps general that shook him to his bones.

Currently, I am still very much involved in Public Relations, continue with my digital art work and plan on writing a few more books. I also write travel articles, play and movie reviews and health columns published in several different publications bot digital and print. I look forward to resuming some more radio work in the near future.

There is also one very special event looing in my near future. Starting on March 28th, 2018 and running through April 10th of 2018, I will be taking myself, my wife, my two daughters and my granddaughter in a trip to London, Brussels, Cologne and Paris because in reality we may never have that opportunity to do that again as a family. Also over the years, I have been blessed to have traveled extensively, not all to a war zone and despite having an advanced degree – Juris Doctor – it is my belief that the very best education derives from travel. Going to other places and experiencing other cultures is a glorious way to expand your knowledge and vision.

We’re always bombarded by how great it is to pursue your passion, etc. – but we’ve spoken with enough people to know that it’s not always easy. Overall, would you say things have been easy for you?
I left home at age 11, joined the Marine Corps at age 17 and by 18, found myself in Asia which is exactly where I wanted to be. To be sure my experiences in Vietnam were largely ugly and painful having bee stricken by both malaria and dengue fever but fortunately, not by gun fire. After returning from Vietnam, I soon found myself in a marriage from hell that actually made seriously think about returning to Vietnam for greater peace in my life.

I did manage somehow to get into and graduate from law school, pass the Illinois Bar Exam and practice law in Illinois for several before finally shedding myself from my severely painful spouse and moving to California.

Upon arriving in the greater Los Angeles area, it took some serious effort to get back up on my feet. I did a few jobs I really didn’t like before working my way into being a radio talk show host and then discovering I had a talent for being a publicist as well.

Eventually, I made the acquaintance of a beautiful Filipina lady working in Hong Kong. It took about year but we got married almost 34 years ago now. My business life began to flourish and I even enjoyed one month with revenues in excess of $300,000. That was clearly not the norm. But came September 11th of 2001 and things took a huge tumble for me and millions of other people. I also got slapped a bit by the rapidly emerging digital world forcing sometimes difficult readjustments to the ways were getting done. But perseverance does pay off.

So let’s switch gears a bit and go into the Ron Irwin, Author, Artist and Public Relations story. Tell us more about the business.
My business is in three parts. Public Relations, writing articles and books and digital art. You can if you wish get a glimpse at two of the three endeavors by visiting www.ronirwin.net. My public relations business came along as I did my radio show. I have never been a celebrity stalker but it didn’t take for me to understand that having celebrity guests did wonderful things for bumping up you listening audience. So, I found out about a young actor who had just returned from filing a very successful movie in Australia. I chatted with his publicist and Mel Gibson was soon my first celebrity guest. Many more followed. But, I also learned that public companies also need substantial PR work and it didn’t take long before I learned that I could successfully represents those clients as well.

So, today my time is pretty much equally divided between writing reviews and articles and sometimes books, producing digital art and public relations for both public companies and a celebrity or two. This is clearly not your stereotypical view of a “company” but rather of one person who follows the lyrics of a famous Frank Sinatra song – I do it “my way.”

But indeed once upon a time, I was CEO of my very own Public Company, Phoenix Media Group, Ltd. We were never very big, never more than ten employees, but did what we did very well and earned significant money. But then, there came a time when was made an offer simply too good to be true, so I took it and never looked back.

Today, I am very much a one-man band and loving it. If there is one thing I believe separates me from most PR companies, it is that when I represent a client it is very personal for me. A deeper relationship than is typical. That can be better or not, I am not sure but I am sure that is who I am.

Has luck played a meaningful role in your life and business?
Luck!?! Well let’s see. In 1965, I took in a small airplane from a mountain side airport in North Carolina only to be immediately immersed in dense clouds. I had only 16 total hours of flight time and zero instrument training. I was instantly at the edge of total loss of control when a voice came on the radio and asked if I was alright to which I replied in high soprano ‘NO!” The voice then walked me through a series of things and got me stabilized and then safely back to earth. When I met the man who truly saved my life he was the senior air traffic controller for MCAS Cherry Point. He was likely one of the very few people on earth who could do what he did and save my life. Yep, that was pure luck.

In 1966, while in the Marines and visiting Hong Kong aboard a helicopter carrier, I happened to meet another American, a civilian who also happened to be an Oscar winning A-lister by the name of William Holden. He bought drinks for me and about a dozen other Marines and we partied together pretty much all night. Great luck there.

Or, how about the day I decided to take a very long walk off the base in Da Namg, Vietnam out into rice paddies and clearly into Viet Cong territory. I came very close to being hit by naplam dropped by American F-4 Phantom jets and confronted by two North Vietnamese soldiers. Yet, I got back safe with no shots fired. Severe luck there.

Or far more recently, the day I was given the honor of becoming Publicist for the amazing Johnny Crawford.

Yes, luck is always an element but it is determination and perseverance that makes the day. 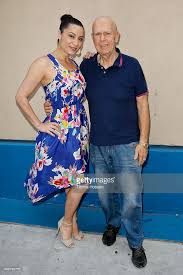 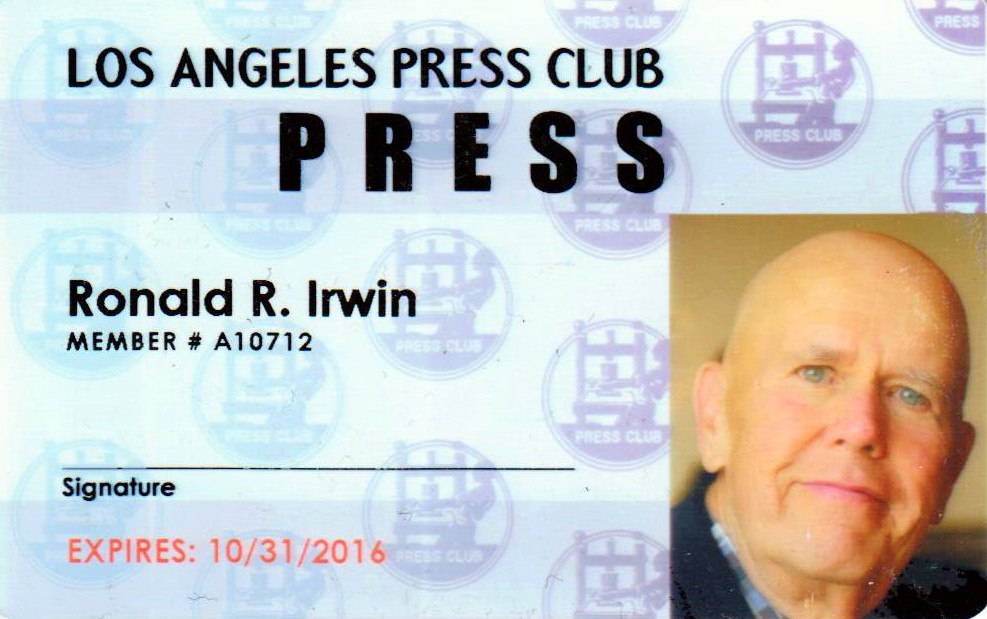 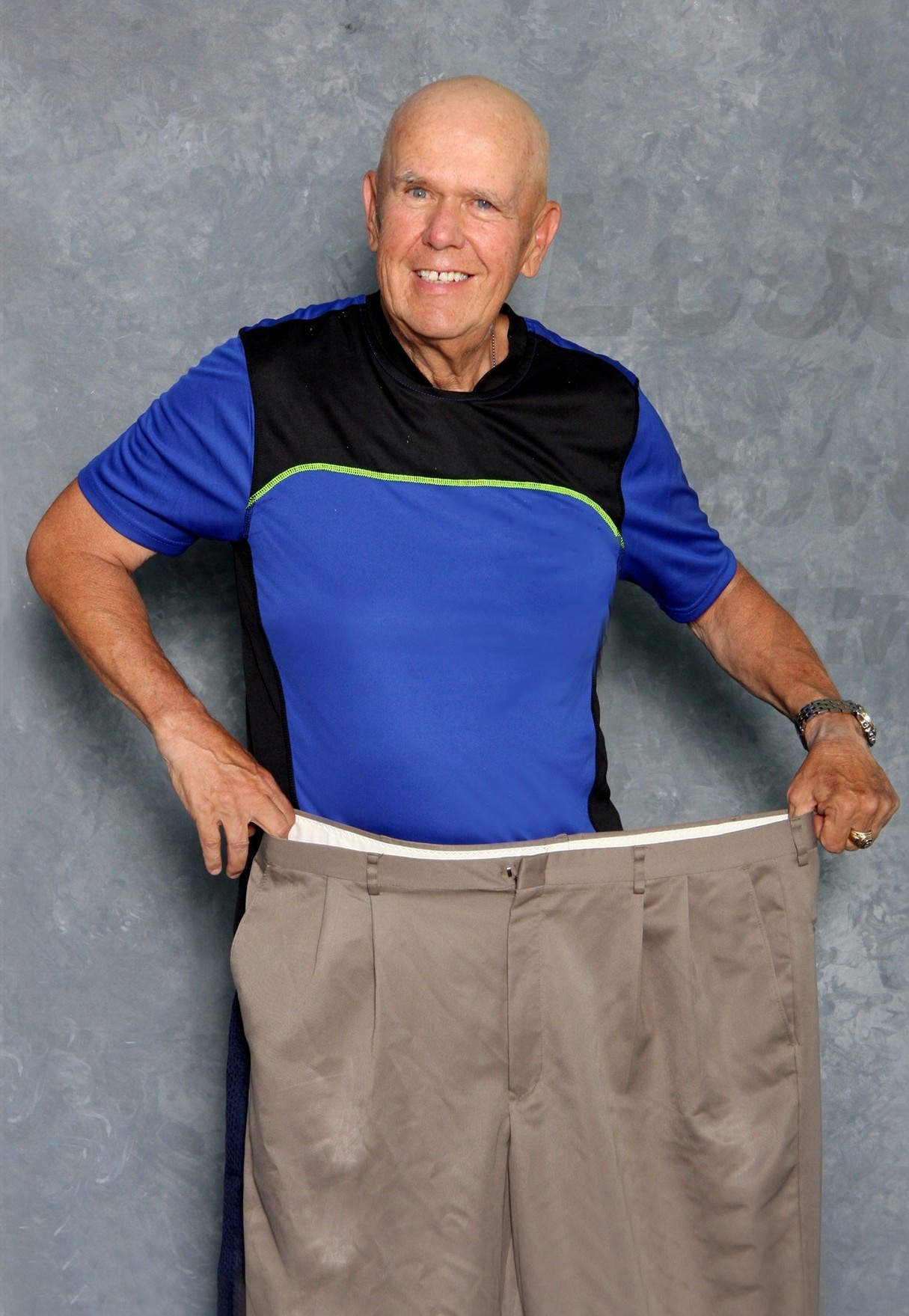 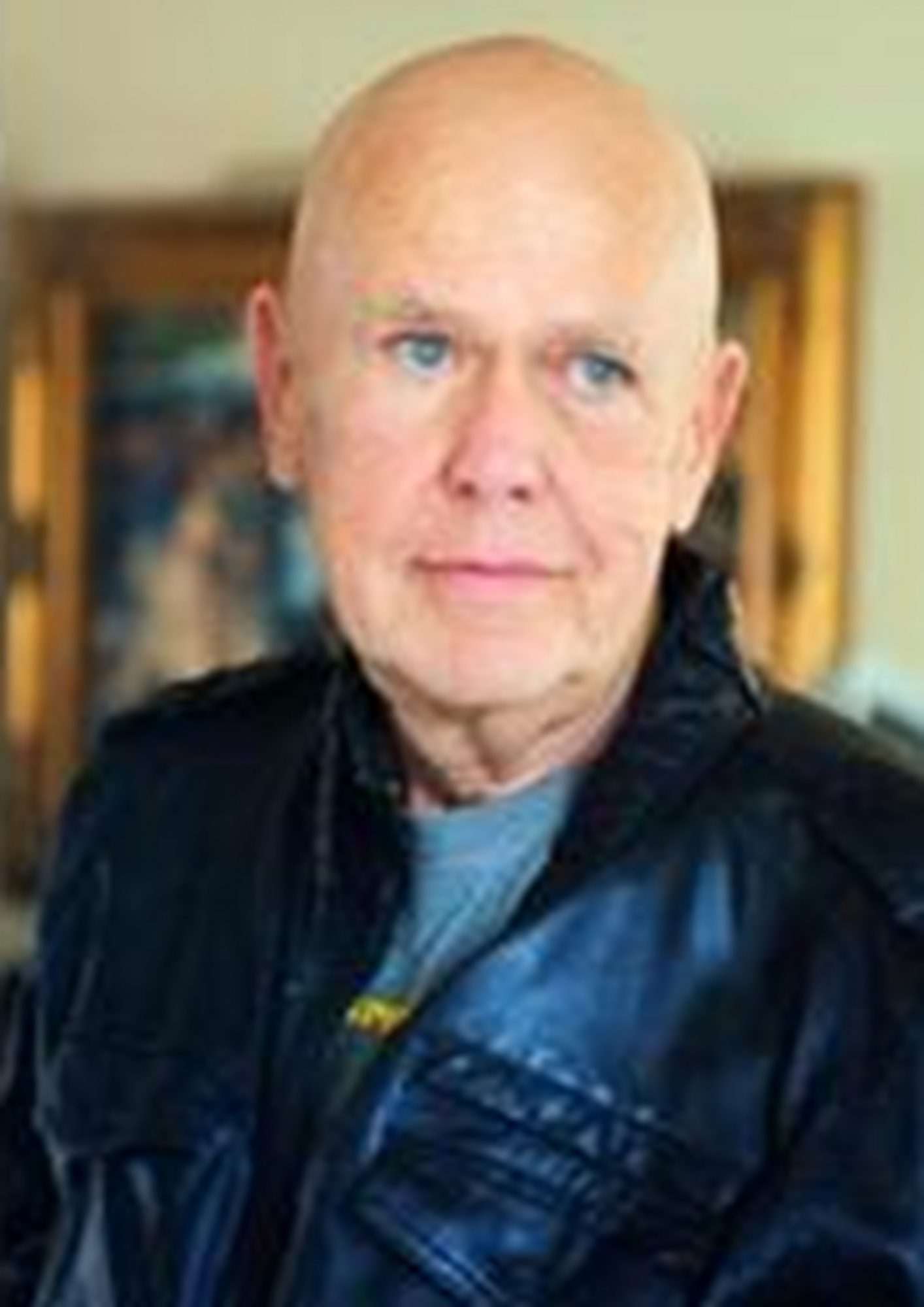 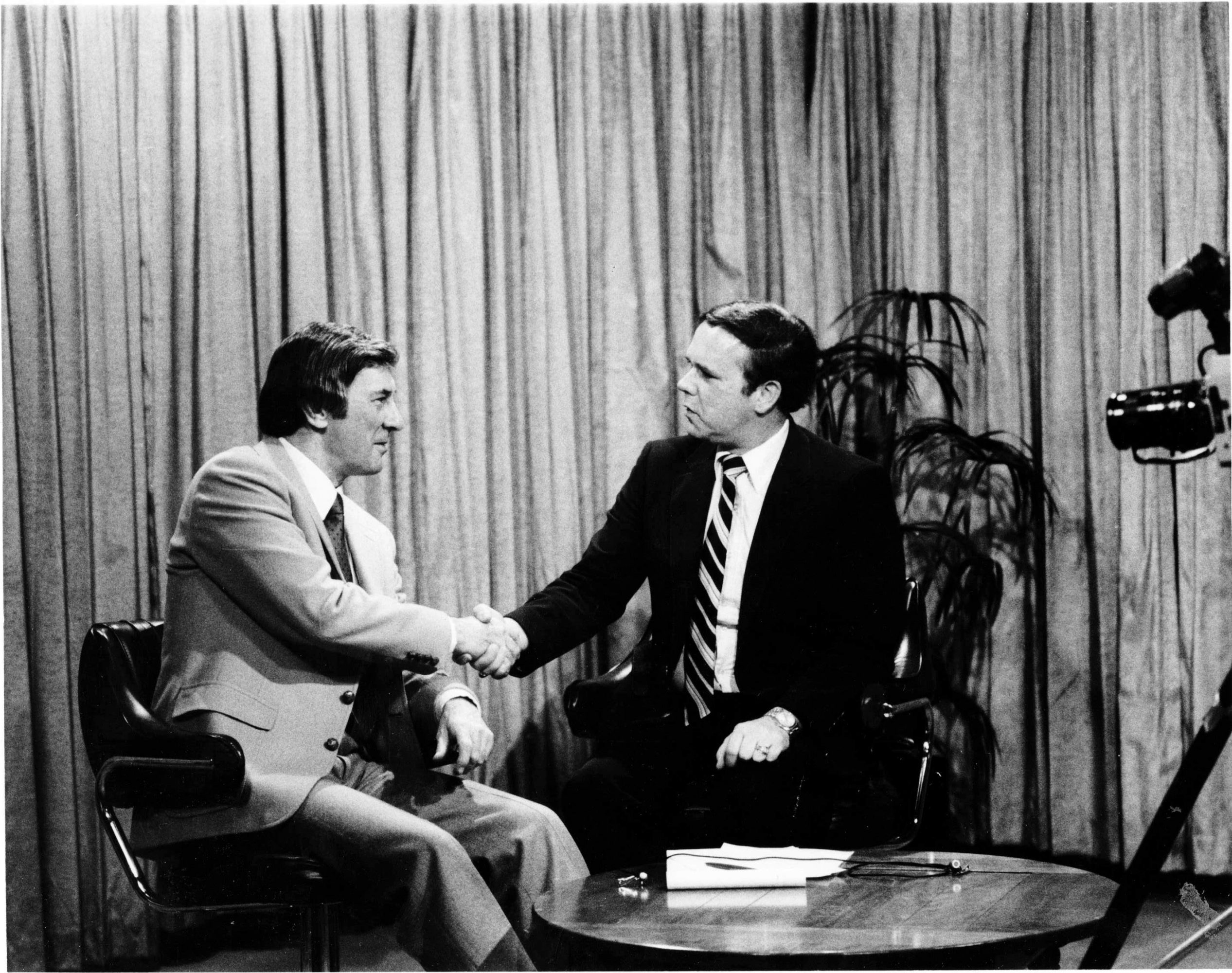 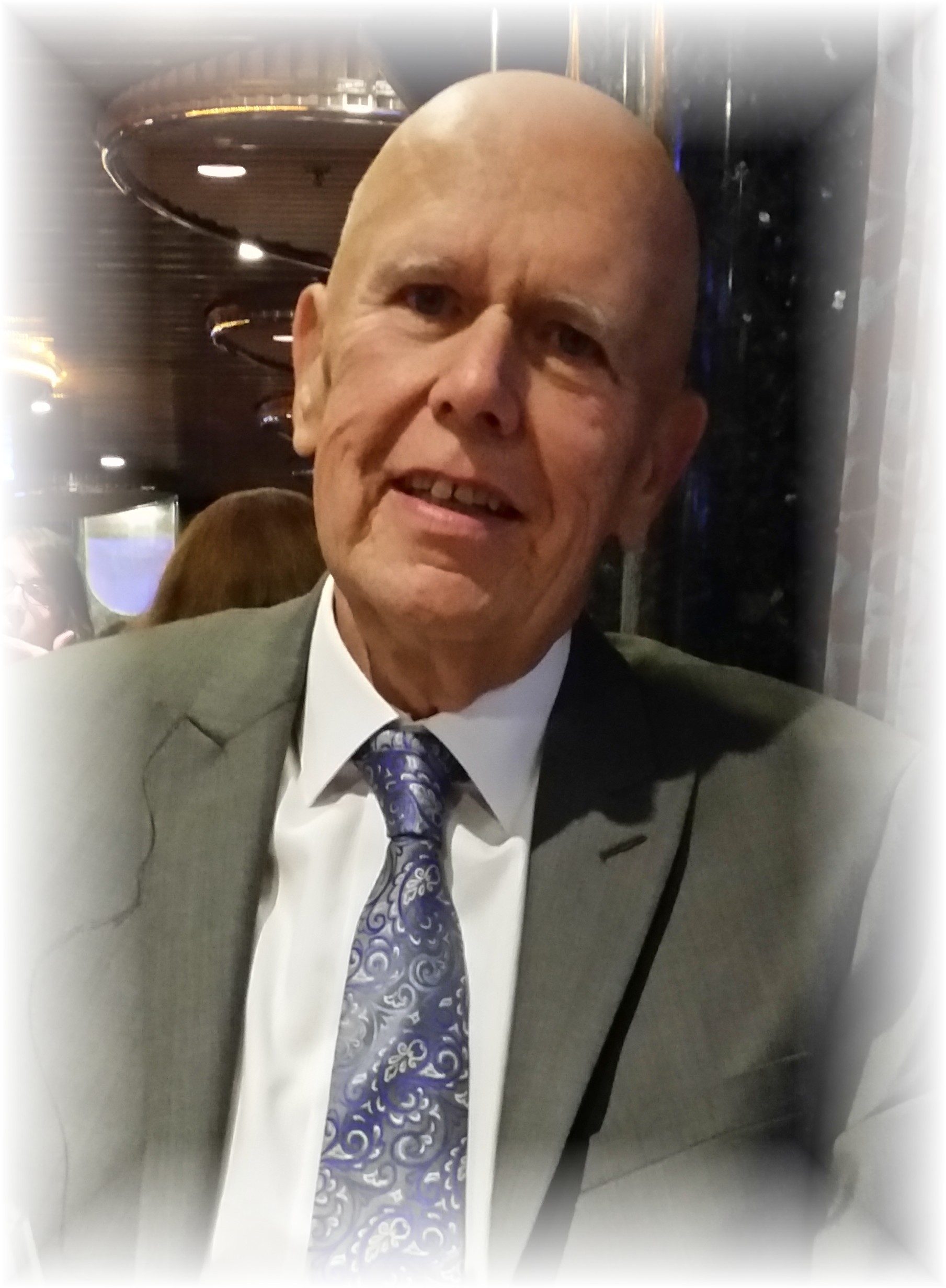 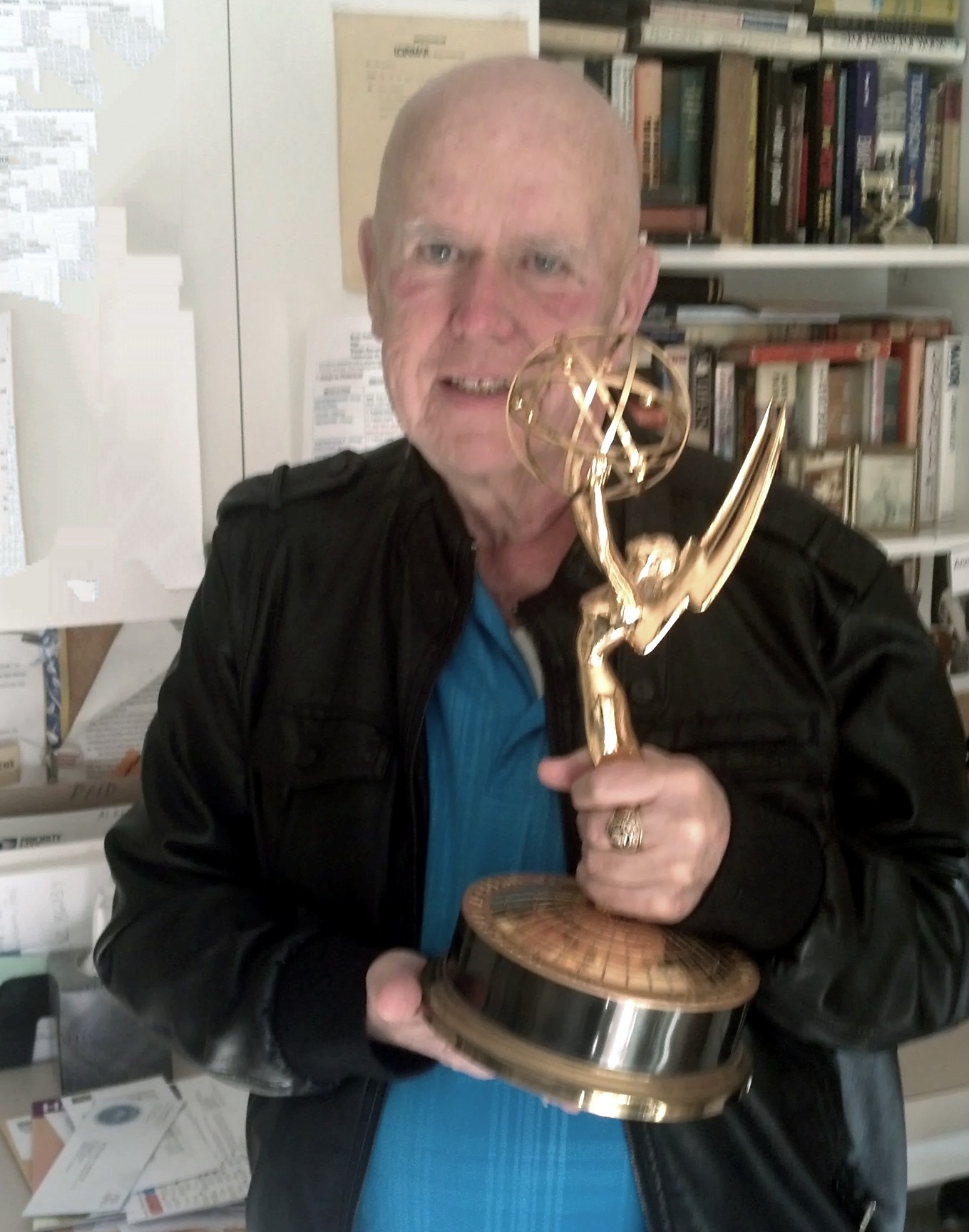