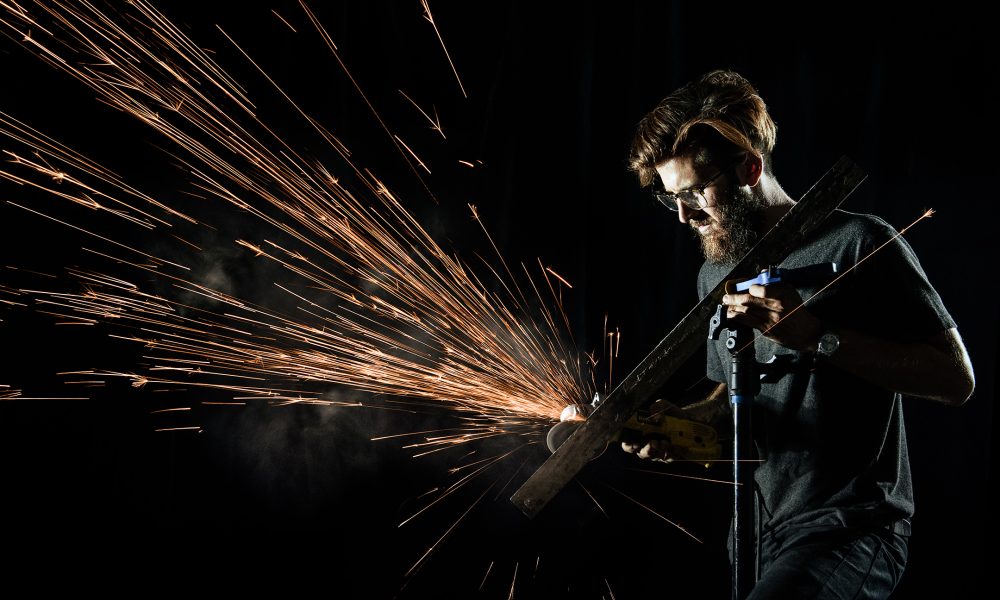 Today we’d like to introduce you to Patrick Cain.

Thanks for sharing your story with us Patrick. So, let’s start at the beginning and we can move on from there.
About five years ago I was dating someone who – unbeknownst to me or any of her friends – had a serious mental condition, multiple personality disorder (low end of the spectrum). At the same time, I was trying to renovate and beautify my building near USC. What started as a project to put wood planters in the ground as stepping stones quickly became a therapeutic endeavor to try and make sense of what my live-in partner was saying and doing. So, I sanded. And I kept sanding. And, you know, when you’re behind a belt sander the noise is so much you can’t hear anything other than the motor and your own thoughts. By the time, I thought the wood was done, two things were true: The first, I was in a toxic relationship and needed to get out. The second, this piece of wood was way to pretty to put in the ground. I put some legs on it, had my buddy photograph it and the very first piece I made ended up on Apartment Therapy three times before I made a second. At that point it made sense to try to sell it, because if I sold two, then I’d recoup my expenses. Needless to say, I sold that second one and a few more of many other varieties since then.

Has it been a smooth road?
If starting a business feels like smooth road, you’re doing it wrong; you’re not pushing yourself, your business limits and the boundaries. Struggles come every day, but learning how to ship concrete was one of the more frustrating. I’ll tell you, it isn’t easy.

So, as you know, we’re impressed with Patrick Cain Designs – tell our readers more, for example what you’re most proud of as a company and what sets you apart from others.
If I could be known for any one thing it would be pragmatism. My designs seek to be beautiful but functional; pretty but usable; sleek yet simple. I think what has me most proud is simply getting this far. I don’t come from a design background. I’m not from a family of makers and I didn’t go to design/art or architecture school. And breaking into the design world isn’t easy; it is a club of sorts. Who knows who, what the designer’s pedigree is, etc etc. I’ve been the outsider and I’ll likely stay as such, but that gives me a different perspective – it keeps me sharp.

Let’s touch on your thoughts about our city – what do you like the most and least?
LA is incredible – I’d argue there isn’t another city like it in the States. Because we have always been – unbeknownst to many – a manufacturing town, we have the infrastructure and the industry to actually make things. Because of Hollywood, we have the creative minds to create things. And because of our geographic and infrastructural proximity, we have the ability to influence things. Where else has all three parts of that design Venn diagram?