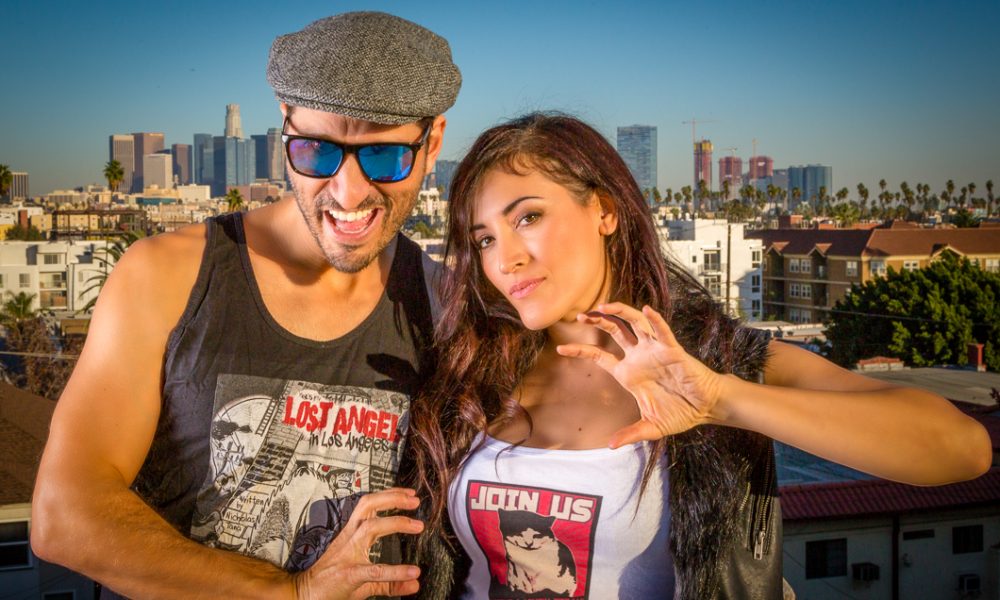 Today we’d like to introduce you to Nicholas Tana and Denise Acosta.

Nicholas and Denise, can you briefly walk us through your story – how you started and how you got to where you are today.
I have always enjoyed writing and music. Filmmaking is a way I can combine the two medium in motion picture creation. I got my start writing and making movies in High school with a super 8 mm camera. I’d sneak into abandoned buildings with a friend and shoot horror movies. We’d edit in camera and literally freeze the action so that we could change the camera angles. While attending Arizona State University, I worked as a production assistant for PBS KAET Channel 8 in Tempe, Arizona. There I learned everything from makeup to floor managing, to running audio and switching cameras.

Once I graduated, I used my TV experience and ability to read, write, and speak Spanish and Italian to work as an Associate Director for ESPN International directing many of the soccer programs, along with some X-Games episodes. It was shortly after that when I transition to IT technology as a technical writer while keeping one foot in entertainment, playing in a band, writing scripts, and shooting commercials and short films.

Eventually, I started making creative training videos for corporations while producing my own movies. My first two films both received a distribution. STICKY: A (SELF) LOVE STORY challenging some of our stigmas around sexuality and recently screened at Harvard. It is available on Amazon Prime and was an Amazon award winner and top seller in 2016.

My most recent film, HELL’S KITTY, was compiled from a web-series that I shot in my Koreatown apartment and it involved myself, my cat, and various production crew. It features some of the most iconic actors in the horror genre in parodies of the roles that made them famous. I’ve been in discussion with New Musicals Inc. in Los Angeles as they plan for a musical theatrical version in 2019. HELL’S KITTY recently got me new management. This year, I’ll be a guest doing a signing at COMICON 2018 in San Diego. Both of my films are available on AMAZON Prime.

Has it been a smooth road?
It has been a long journey. When I first moved to L.A. to finish my documentary film STICKY: A (SELF) LOVE STORY the economy crashed. It was the end of 2008 and the investors for the film ran out of money and I was forced to find a new editor and finish the film on weekends in my spare time. During this time, I decided to work with L.A. Film students to create a new web-series. I wanted to figure out a way to promote non-profits that helped animals, a passion of mine, and link it to a fun comedic program so I invented the web-series HELL’ S KITTY. I shot Hell’s Kitty whenever I could with mostly volunteer crew and talent.

Eventually, I managed to edit it together into a feature film and it’s currently being distributed through WILD EYE RELEASING on most major platforms. However, when you make a movie over such a long period of time you get plagued with everything that could possibly go wrong. There were days when crew members just didn’t show up and we had to work around it. I remember having Michael Berryman from the Hills Have Eyes, who suffers from a physical condition in which he has no sweat glands, in a jacket in my apartment in October during a scorching day of over 100 degrees.

As I was working with a cat, I had to work on her time a lot, too. She was very particular and even scratched Lee Meriwether, who once played cat woman in both the original Batman movie and the TV series during one of the web episode scenes. You can still watch that online. I believe it’s HELL’S KITTY episode 7. The good news is after many years of struggles, we stuck to our guns and finally got the movie distributed. It’s getting some great reviews. You can check it out on www.hellskitty.com.

So, as you know, we’re impressed with Smart Media – tell our readers more, for example, what you’re most proud of as a company and what sets you apart from others.
Smart Media specializes in original content that stands out from the rest. STICKY: A (SELF) LOVE STORY is a sex-positive film about the world’s most popular taboo. HELL’S KITTY is a story told across three media platforms: web-series, comic book, and movie.

In order to follow the complete story, you need to see all three. The movie also places famous genre actors in guest-starring roles that are parodies of the parts they’ve played in iconic cult films.

In addition to our creative film projects. We’re currently active in developing some exciting new TV shows and movies for distribution in the next few years. We like to tackle projects that have never been done before to provide audiences with unique stories that don’t follow the typical formula both in story structure and in distribution.

Let’s touch on your thoughts about our city – what do you like the most and least?
I love the diversity from architecture to food to people and I love the weather, too.

Mostly, I like that Los Angeles is at the center of the world in terms of where entertainment and new media is going with virtual reality and a merger of technology and traditional movies and Television entertainment. I also really enjoy that you can still find tons of mom and pop original stores versus the typical franchises you’ll find in most of the United States, especially in smaller cities and towns and suburban areas.

I think L.A. has more original stores than New York, Chicago, and San Francisco combined. I don’t even know how they stay in business. It reminds me of New York in the 1980s, in some ways. However, I hate the traffic and pollution. I think that’s a given.

Happy to see more folks taking public transportation. The homeless situation seems to be getting worse as well. And the cost of housing is atrocious, way above the average. I’m looking for a home now and it’s a real challenge. It’s definitely a seller’s market. I guess that’s in part to everyone wanting to live here! 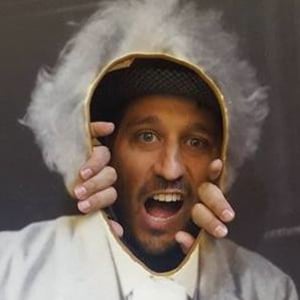 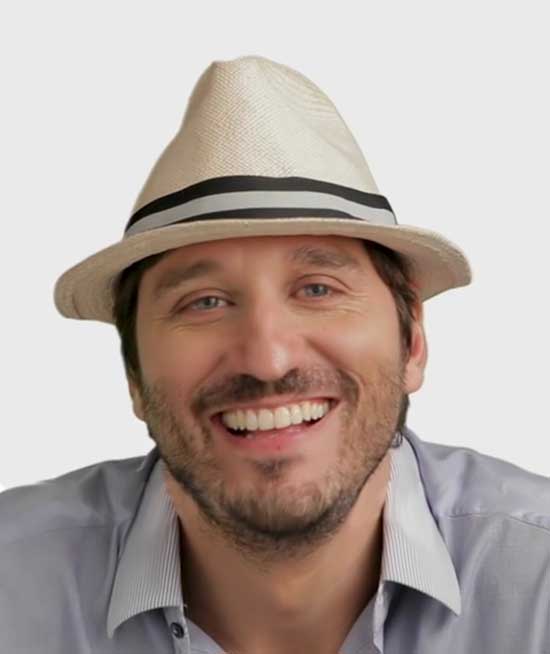 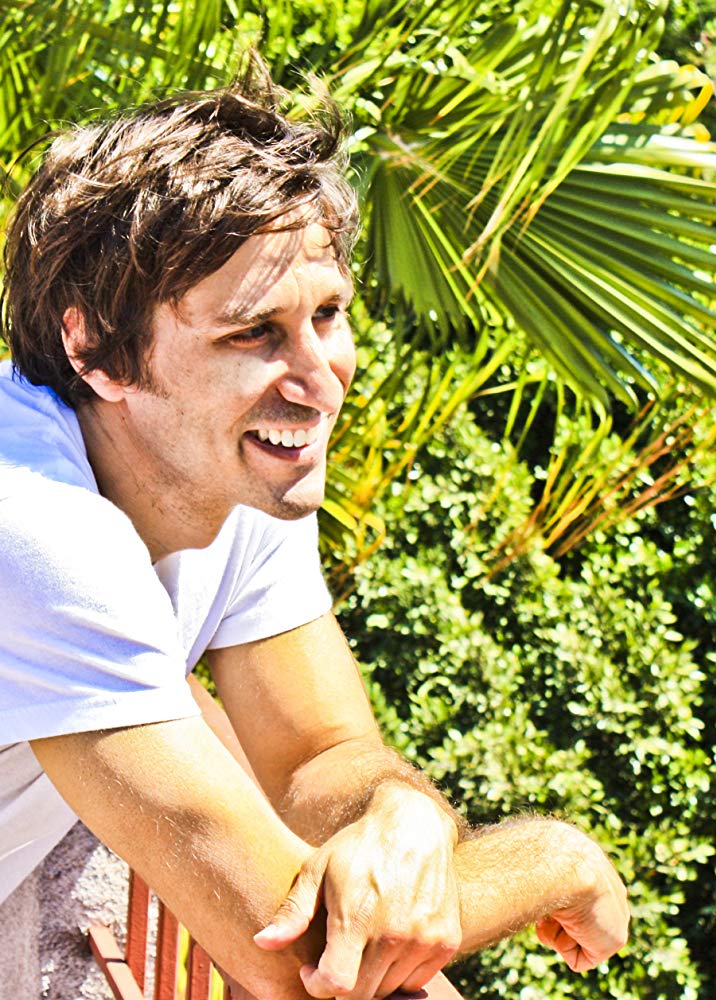