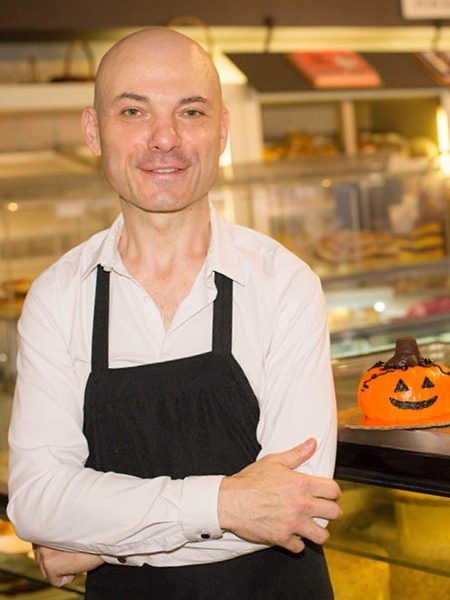 Today we’d like to introduce you to Lenny Rosenberg.

Lenny, please share your story with us. How did you get to where you are today?
Lenny Rosenberg was born and raised in Plainview, Long Island. Since the tender age of seven, he was immersed in the family business of bakeries, deli’s, pizzeria’s, catering & restaurants from the East to the West Coast. His father Robert Rosenberg was a seasoned pro at buying, selling & rebranding food establishments for over 50 years including the landmark location “Eclairs” in New York City. So since the tender age of 6 years old, Lenny would work side by side in the family businesses till eventually the torch was passed on to Lenny as he purchased his first restaurant at the tender age of seventeen.

Success quickly ensued and Lenny continued the hot trail of investing, rebranding and consulting his expertise with each restaurant one location at a time. In the year 2000 Lenny looked for a new challenge by moving out west where he met interior designer extraordinaire Adesa Swan at a P.R. Event in Malibu, The dynamic duo teamed up and decided to take the country by storm starting in Los Angeles to create the same commitment to quality, food and service and decor by opening notable California restaurants such as Nosh of Beverly Hills and 17th Street Cafe on Montana Ave.

Soon, word started to spread and Lenny was dubbed “The Restaurant Doctor” by the public.

The latest venture, respectfully named “Lenny’s” is centered right in the heart of the trendy, attractive and addictive Beverly Hills area. Since it’s opening in February 7, 2013, the restaurant has been a hot spot with notable celebrities like Jason Alexander, Jon Voight, Bruce Willis, Ben Afleck, and many more. Lenny’s has become an international place to chow down and be seen. People from all over the world visit there web site for shipping at www.lensdei.com.

Every one wants to know what Lenny and Adesa will cook up next!

Great, so let’s dig a little deeper into the story – has it been an easy path overall and if not, what were the challenges you’ve had to overcome?
Has not been as smooth as I would had liked it to be but nothing in the restaurant business is. Some of the struggles include government involvement in small business by raising costs.

Do you look back particularly fondly on any memories from childhood?
My father was a baker and owned many bakeries where I learned my trade from.