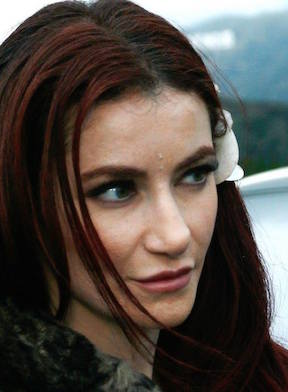 Today we’d like to introduce you to Kyra Oser.

Thanks for sharing your story with us Kyra. So, let’s start at the beginning and we can move on from there.
When I was 9, I saved a life. A 5-year-old girl lived across the street from us, but we hadn’t seen her outside for over a month. My family told me she was sick, but none of the doctors could figure out what she had. I said, “Don’t they know she has scarlet fever?!” I was surprised that the doctors didn’t see what was so obvious to me. My family asked the little girl’s mother if she’d been tested for scarlet fever. Based on that suggestion, she was sent back for testing—which confirmed that she not only had the disease, but if she hadn’t been treated within the week, it would have been fatal.

Many years later, I was offering readings and past life regressions at Los Angeles psychic bookstores. Most of the clients were bored women in mid-life crisis wanting to know if they should have an affair. Now I host a psychic call-in radio show, America’s Love Channel on KKNW Seattle, where most of the callers want to know if they should have an affair. I also take selective clients and blog about US, global, and celebrity predictions. For instance, in my 2017 New Year’s predictions I envisioned the stock market crashing around October of this year. Get ready to party like it’s 1929.

Great, so let’s dig a little deeper into the story – has it been an easy path overall and if not, what were the challenges you’ve had to overcome?
I have a genetic disorder that causes physical limitations, including chronic migraine headaches, permanent fractures, joint dislocations, and a heat intolerance that keeps me indoors most of the time. But as with many disorders, it’s accompanied by unusual abilities. The sensitivities that result from my condition have heightened my empathy and contributed to a psychic ability. If one person has to hurt to be of help to many, maybe it’s worth the pain.

On a lighter note, I was hired some years ago to do channeling, tarot card, and tea leaf readings at psychic parties. My employer required me to wear a witch’s hat and carry a crystal ball to every event. At one particular party in Hollywood Forever Cemetery, I was in the middle of a clairvoyant channeling session when the obligatory crystal ball rolled off a tarot card table and onto my foot. Too bad I didn’t predict that one! (As a side note, I’m not able to channel for myself or anyone close to me because I’m too emotionally invested in the outcome).

An emotional obstacle has been a fear of negative reactions when I tell people what I do. In fact, I never told my ex-husband I was a psychic.

More recently, it’s been a bumpy road getting my family to accept me as a psychic. My dad converted to evangelical Christianity and thinks I’m in league with Satan. He watches FOX News, so I feel the same about him.

Alright – so let’s talk business. What should we know?
I am known for making detailed forecasts about future love partners, business, and health. My boyfriend would like me to let him know the outcome of more sports games. As a Hypnotherapist, I specialize in weight loss, pain management, breaking habits, and relationship improvement. I also offer past life regressions, clearing fears and blocks from this lifetime by healing issues from past ones.

I take risks by blogging about global and national predictions, with a high degree of accuracy. My blog has been featured on Yahoo! Finance, MarketWatch, NBC, ABC, and CBS News.

Last year, I predicted a Watergate-like scandal with the next US President and a terrorist attack adjacent to London’s Parliament. Earlier this year, I blogged that both Moonlight & La La Land would be chosen for Best Picture–over 6 weeks before the mix-up happened. In December, 2014, I foresaw that there would be a July 2015 stock market crash in Asia. 7 months later, the market crashed in China—on the exact week I predicted.

When I channel, I see images of the future which I sometimes make into pieces of art and share on my blog. One vision I made into art was a dream I had in June, 2016 of Trump giving a speech at a podium where he was wearing a masque of his own face that fell off into his hands. On the eve of Election Day in November, 2016, Trump held up a masque of his own face while giving a speech at his podium. The real-life image matched the one from my dream.

What are your plans for the future? What are you looking forward to or planning for – any big changes?
My new blog series, History’s Mysteries Solved, features my work as a psychic detective, cracking crime cases from King Tut to Jack the Ripper to JonBénet Ramsey to Biggie Smalls. I’ll soon be publishing a blog series featuring rhyming prophecies in the style of Nostradamus, and I’m currently working on a book about how to develop your psychic abilities.