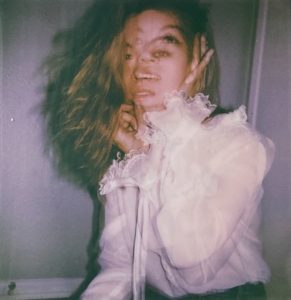 Today we’d like to introduce you to Kyns (Marie Jenkins).

Hi Kyns, thanks for joining us today. We’d love for you to start by introducing yourself.
I’m Marie, an artist, songwriter/ topliner, and producer releasing music as “Kyns”. For as long as I can remember, I’ve been writing poems and singing melodies into my handheld tape recorder or voice memos app. From middle school to high school I probably filled up my phones with over 1000 voice memos of song bits and bobs. I cringe thinking how bad they were, haha.

It wasn’t until my mid-twenties that I even considered pursuing music. I had a roommate (that I met by fate on Craigslist) who is in a really great band and told me he had a friend with a grassroots indie label that may need help with some small things. I met with her, we clicked, and she offered me an internship with her label, co-owned by producer Jeff Saltzman (The Killers, Blondie). I worked out of her living room helping with EPK mailers and marketing spreadsheets whatever weekends she needed me while working full-time at my day job. It was there that I started to understand the countless jobs that existed in the music industry and slowly realized that I could turn my dream into a real career.

Soon after interning with them, I shifted focus from the business side to the creative side and began studying audio engineering in San Francisco so I could learn how to produce my own music as well. Fast forward to now, I moved to LA right at the start of lockdown and am releasing music as Kyns, songwriting for local LA artists as well as several short film projects, and recently began toplining for a publishing company based in the UK.

Would you say it’s been a smooth road, and if not what are some of the biggest challenges you’ve faced along the way?
As a chronically ill 3rd gen Korean American with no career musicians or artists in my family, I truly never pictured a life in the art world. I grew up thinking that “music wasn’t a real job” or fearing that without a stable desk job, I’d never been able to afford the health insurance I need to manage my condition. My biggest setback was my mindset, and without knowing a single career musician, it was a completely foreign concept to me that anyone could find stability in this industry. I feel so grateful to be where I am today and, even without financial stability, I can see how people make it work. Do I juggle a ridiculous amount of side hustles to stay afloat? Yes. But I’d rather that than go back to my life before pursuing music.

Can you tell our readers more about what you do and what you think sets you apart from others?
I would consider myself a lyricist above everything. Writing poetry and songs has been something I’ve done since childhood, and songwriting gigs are the ones I am excited about. A recent project I’m proud to have been a part of was a CGI animated short film called “Let’s Eat” which started its rounds in the festival circuit in 2020 and I am anxiously awaiting its release so you can all see! I was fortunate to be brought on as a lyricist and lent background vocals to the production as well. The story follows the relationship between a Chinese immigrant mother and her daughter with many beautiful moments shared in the kitchen, and as an Asian American whose family memories largely revolve around food, I was extremely grateful to be a part of the team. Also, I’m so proud to be releasing self-produced songs under “Kyns” considering I truly never thought my productions would see the light of day. I was always seeking producers to help bring my visions to life, and while I plan to work with other producers in the future, doing it all DIY from home in 2020 when I felt like I had very little control over anything else felt extremely freeing and rewarding.

If we knew you growing up, how would we have described you?
Growing up, I was so awkward, and I’m pretty positive that I still am. I can’t speak to how others perceived me, but my internal dialogue was just a trainwreck during every social situation, hahaha. This caused me to never seek too much attention, stay small and quiet, and shy away from a lot of things like sharing or performing music. I watched a lot of Disney Channel Original Movies and horror movies, had a few close friends, and in high school I got into way too much trouble to share here, haha. All to say, I had a hefty amount of experiences that shaped me into the much tamer but equally strange adult I am today. It all fuels the art! 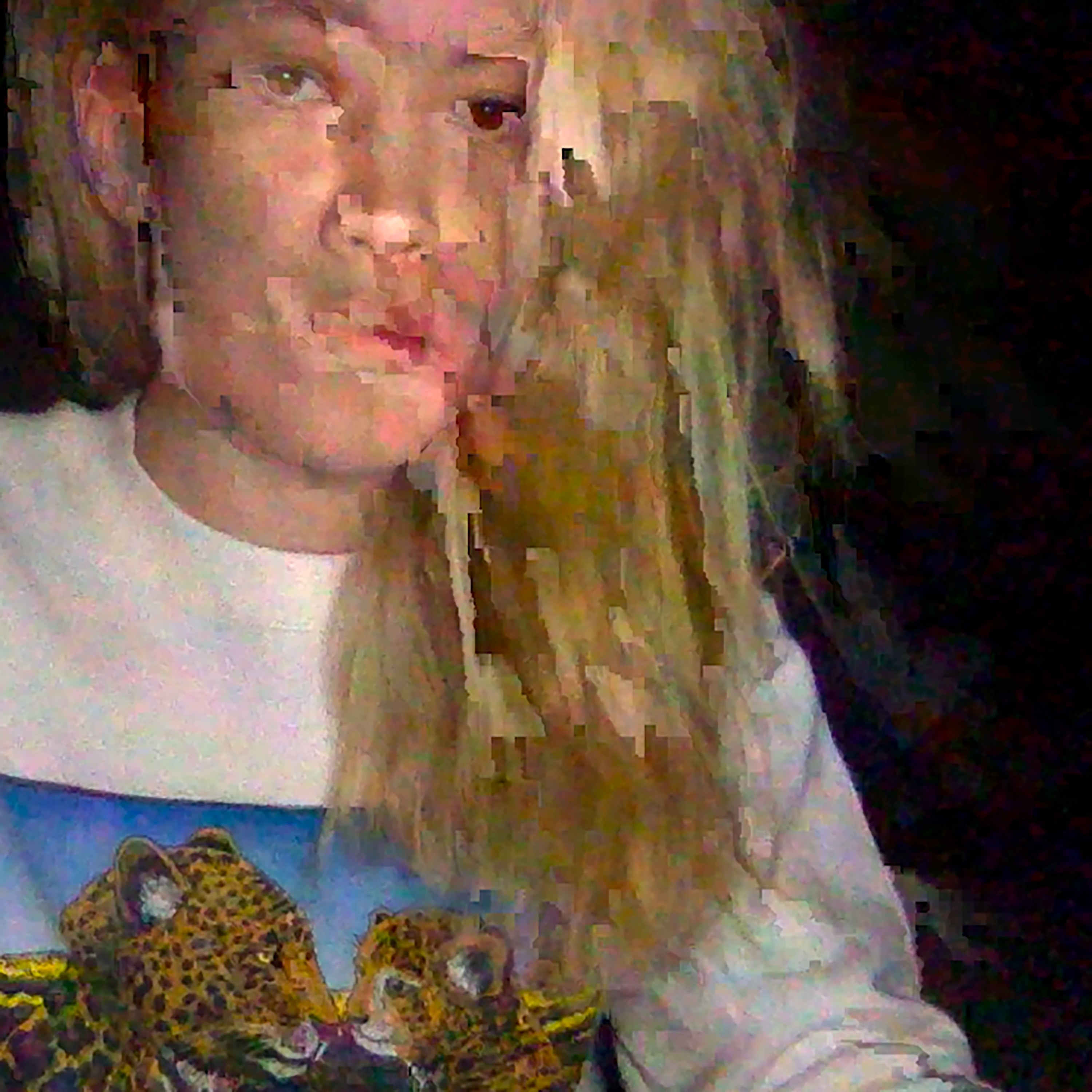 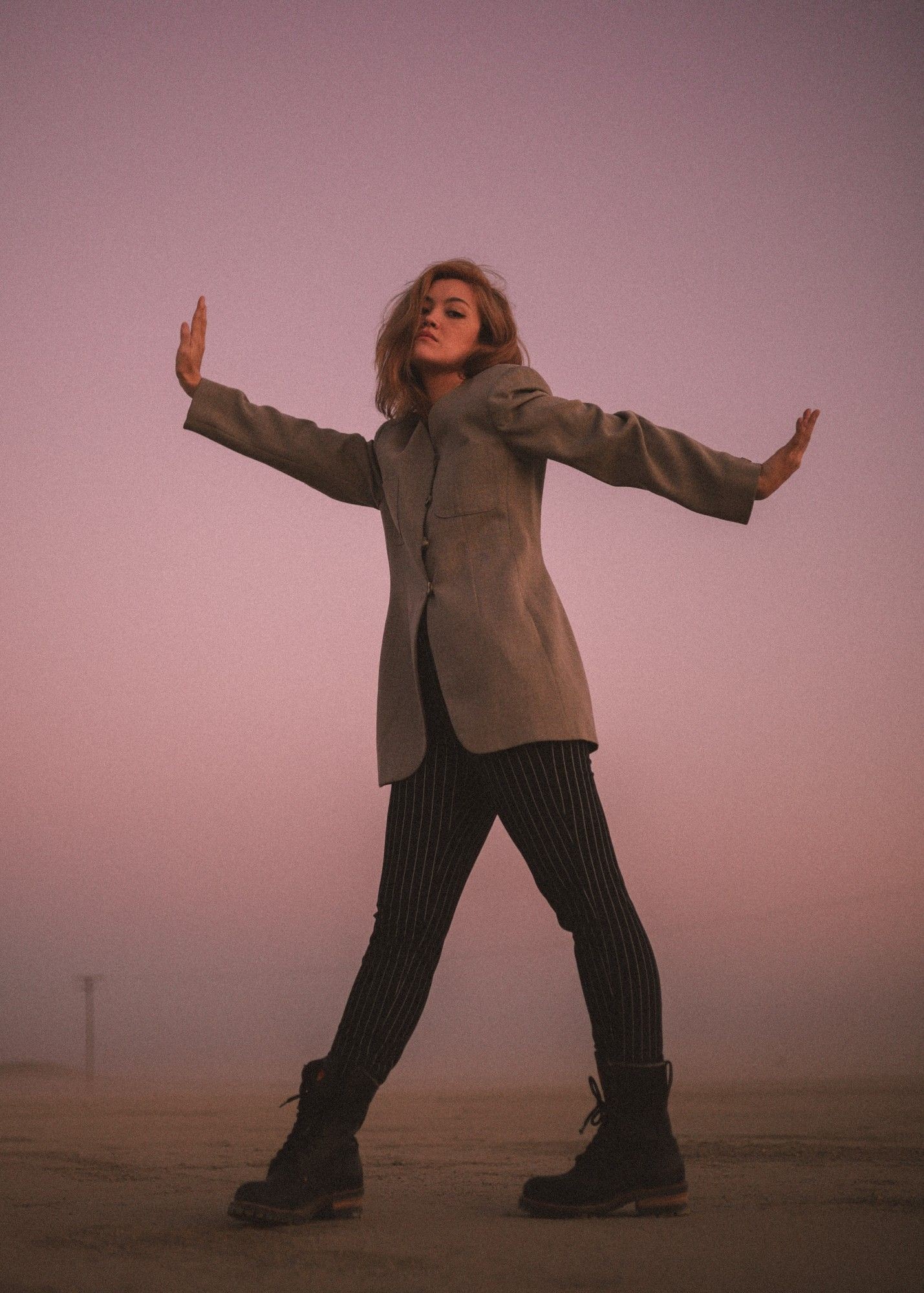 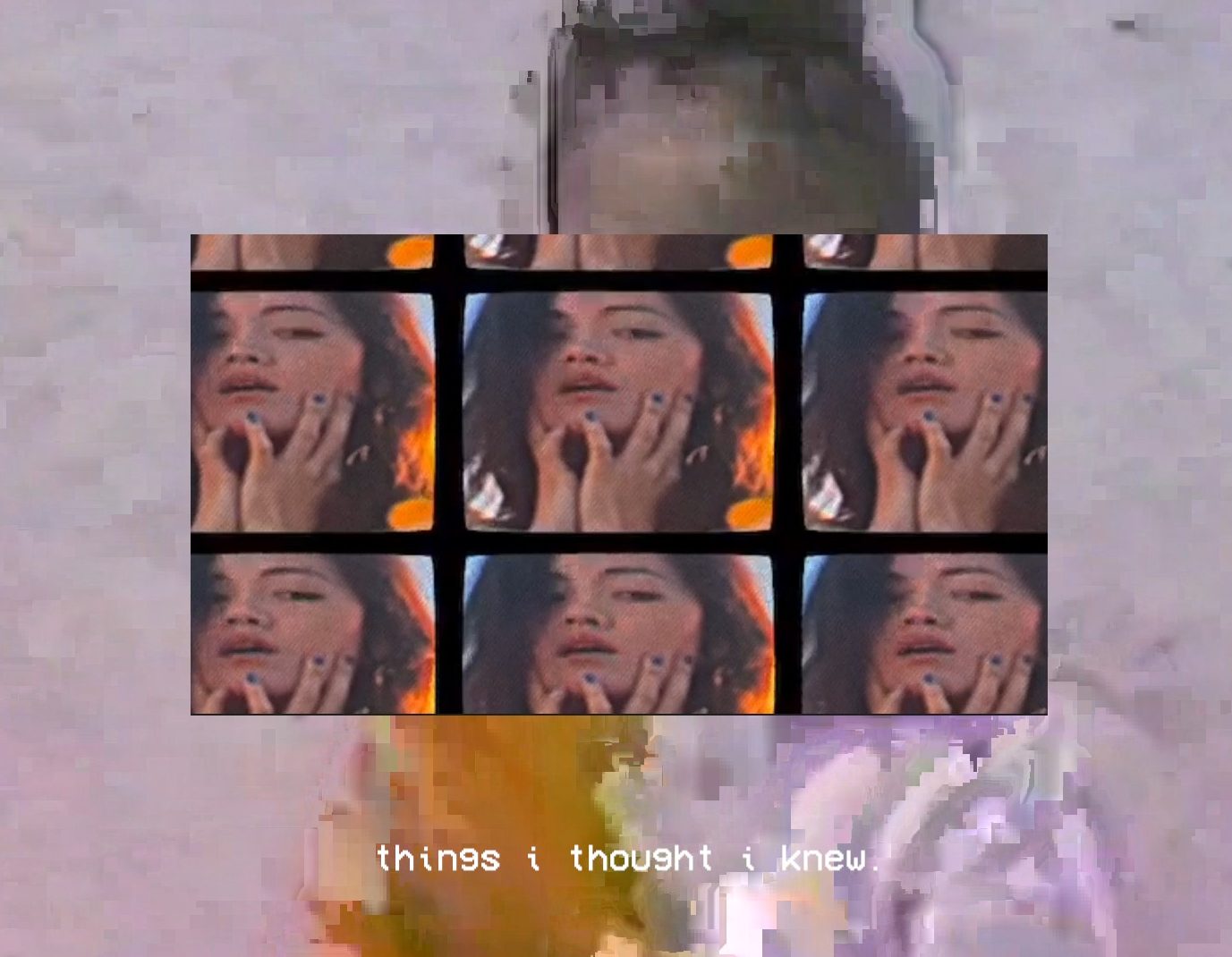 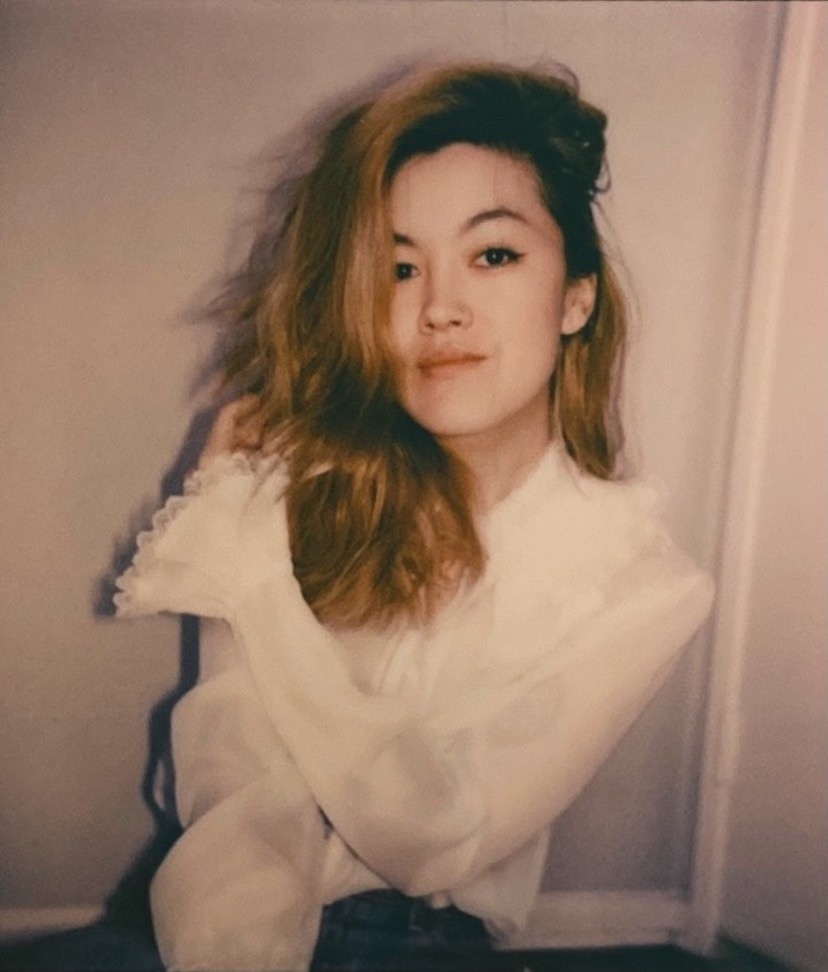 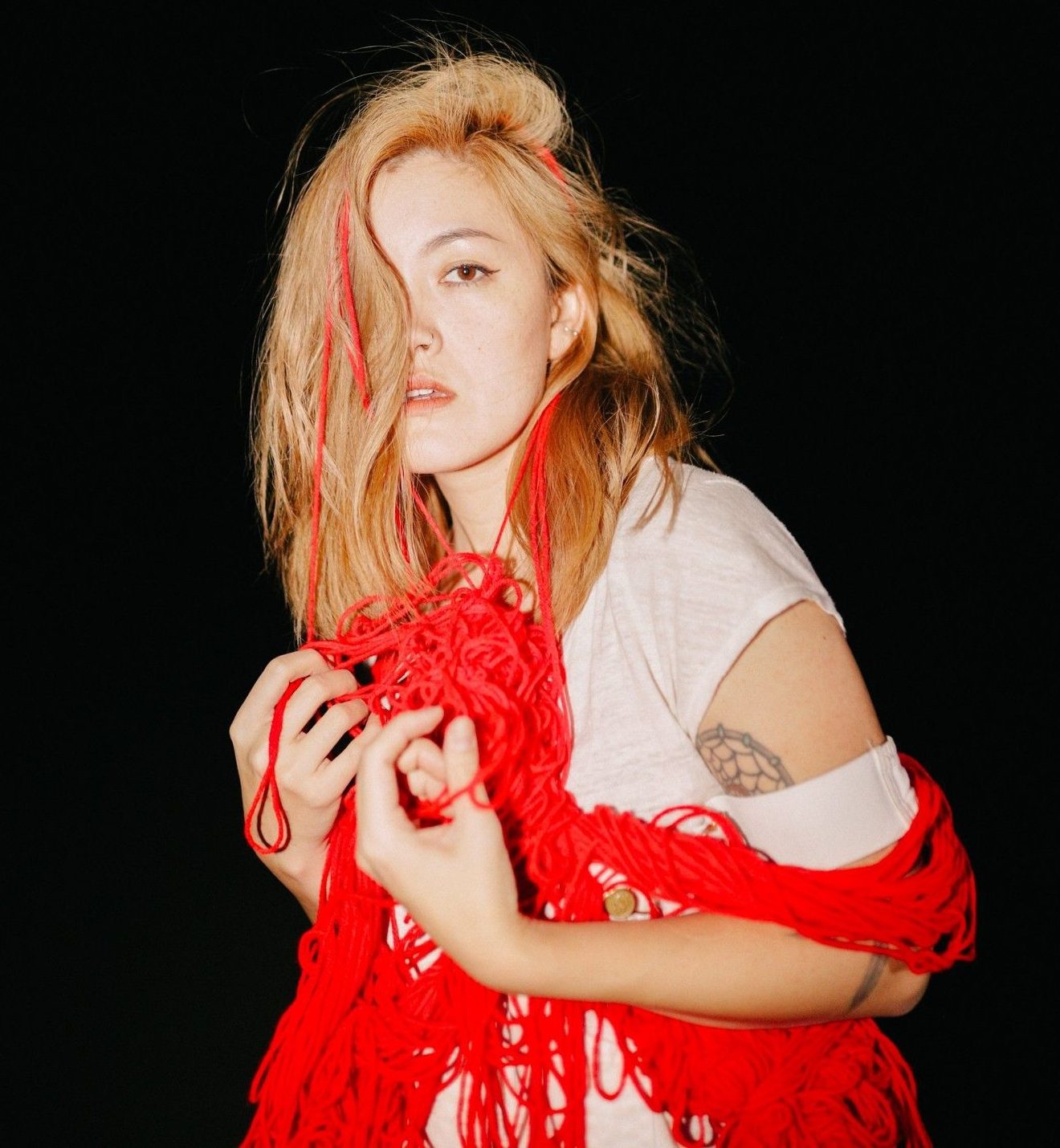 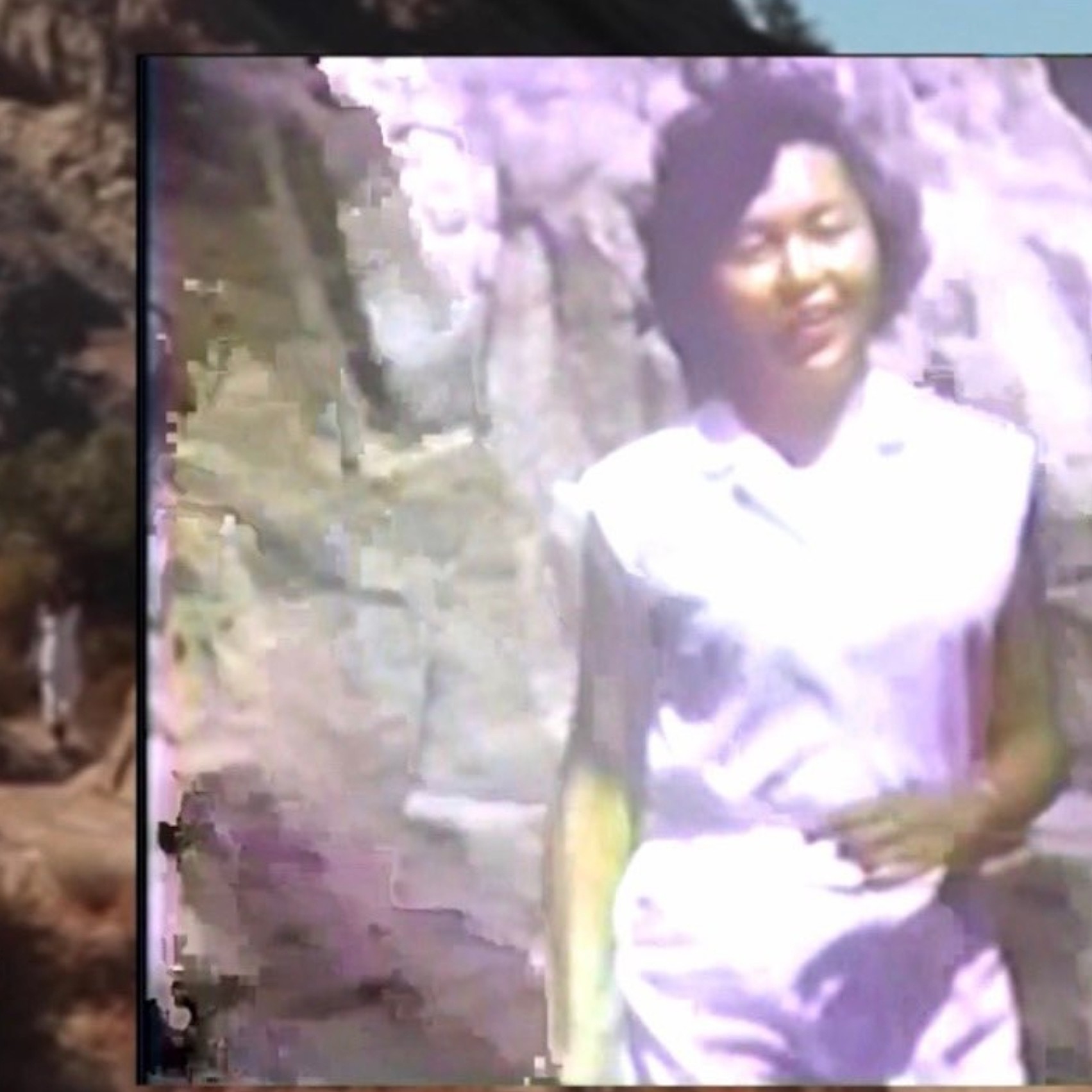 Image Credits:
The red yarn photo and the last pink sky portrait with the pin striped pants and blazer, those two are taken by photographer: Jayden Becker @jaydenhbecker on Instagram