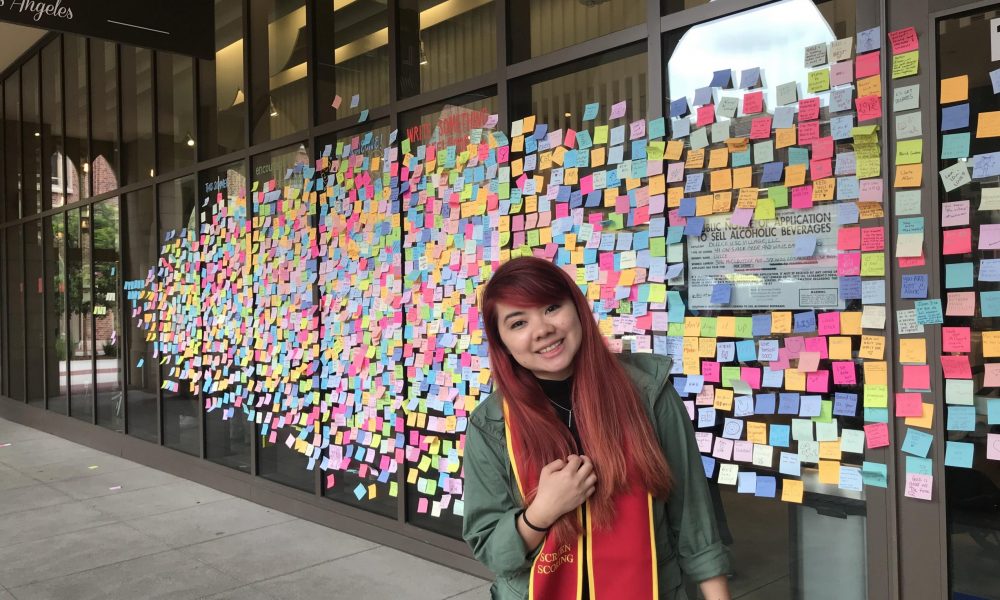 Today we’d like to introduce you to Jaimie Pangan.

Jaimie, please share your story with us. How did you get to where you are today?
I was born and raised in the Philippines. I started playing the violin when I was six years old and really hated it. I was the type of kid who would rather stay home and play video games with my brothers, but I was also obedient so I kept going to my violin lessons. I was only able to appreciate music (particularly rock and pop) and my violin when I got to High school. I thought of going to a music school for college as I was starting to love music, but it did not happen. Instead, I found myself finishing a Bachelor’s degree in Information Technology, and worked at IBM for about three years. I was not happy as I was just following what society dictated me to do. I have been told that there is no money in music so being my obedient self, I did what other people wanted me to do. Deep in my heart, I knew I wanted to do music, but I wasn’t sure if I wanted to be a performer.

In 2015, during my first year of working as an IT Specialist, one of my close friends introduced me to a minimalist/ambient composer by the name of Max Richter. This introduced me to the whole instrumental world and found out there is such a thing as composition. I dabbled a little bit on it and in late 2016, I found out about film scoring. I was amused by the thought of composing music to picture, so I told myself I wanted to pursue it.

Since there are no programs in the Philippines about film scoring (or composition) and I wanted to learn, I researched and found out about the New York University summer film scoring program. I applied and got in at the 2017 program with a scholarship and a travel grant from my country. It was the first time I experienced how to really do film scoring and my first time to score to picture. I loved it and I was really happy! One of my composer friends who I met at that program recommended that I try applying at the University of Southern California which is considered as the top screen scoring school in the United States. It has a 13% acceptance rate and they only accept 20 students a year. I realized that if I wanted to continue doing this, I should be in the US. So, that same year after my NYU experience, I got busy preparing my portfolio and learning how to do film scoring in hopes that the school would see I have potential and the commitment to pursue this field. I also applied to several other schools such as Berklee College of Music, California Arts Institute and LA College of Music. I got into all of them aside from USC.

In 2018, I chose USC among the schools that accepted me and moved to Los Angeles. I went through the Master of Music in Screen Scoring program in USC and graduated last May 2019. It was intense, but I am glad that I went through it because I have learned so much from my professors and the other industry professionals I have met. I have been craving to learn about music composition and I am happy to be doing what I love now as a music composer! I am also very glad to meet other composers in Los Angeles since I did not have composer friends that I interact with on a daily basis back in my country. My classmates in the program were an inspiration as well and I am amazed by the work that they do.

Today, I am composing music for films, tv, and games. I love meeting and working with other creatives and collaborating with musicians. I also get excited for my directors and what the future holds for their career!

We’re always bombarded by how great it is to pursue your passion, etc – but we’ve spoken with enough people to know that it’s not always easy. Overall, would you say things have been easy for you?
Transitioning to do music and really fighting for it was definitely the bumpiest road I have been to in my life. There were a lot of moments that I was not sure how I was going to transition to music and moments where I would go to my closest music mentor and cry my eyes out because I was not happy doing Information technology. It got to the point where sometimes, as I was working in the office, I would go to the girl’s restroom and cry in one of the cubicles.

The longer I was in the sciences, the deeper my longing for music got and I acknowledge that not a lot of people will understand it. When I finally figured out a way of transitioning by going to music school (as I originally wanted back in High school) in the US, I went through a lot of obstacles. Some of these are financial issues I had to figure out, visa requirements I had to prepare for, and facing people who were against what I wanted to pursue.

Of course, I had internal issues as well such as fear and insecurity. However, I have worked around that and realized a lot of things such as not wanting to regret that I did not try pursuing what I love. I realized as well that I should not compare my behind the scenes to everyone else’s highlight reel since we all go through different challenges.

In addition to all this, I got intimidated as I was looking at the school requirements since I do not have much experience in film scoring or even doing concert music. A portfolio has to be submitted and I remember looking at the USC website and thinking, “I am never going to get in.” Despite all this, I worked hard. I was doing my day job (sometimes night shifts), studying music on my own, preparing my portfolio, while also trying to looking for music gigs that would help me save some money for the expenses I would have.

In terms of my time in USC and moving to LA, after two weeks of being in the program, I remember asking myself, “What am I doing here?” It was a time that I got shocked at the workload and felt incompetent, but looking back, I am glad I went through all this. That program was probably the best thing that ever happened in my life so far.

We’d love to hear more about your work and what you are currently focused on. What else should we know?
I currently work as a music composer and am in the middle of a good number of projects that I am writing music for. I can write for different genres but there is something about drama and horror/thriller that gets me more excited when I compose music. I also like doing hybrid compositions (synths mixed with live instruments) and plan to release the music I am composing now on different music streaming platforms such as Spotify, Apple Music, etc. This will be under my name, “Jaimie Pangan” (so watch out for that soon!).

One of my recent accomplishments is getting nominated at the Hollywood Music in Media awards for one of the compositions I did entitled “Farewell”. I am pretty excited about it and cannot wait to attend the awards night in November! I would sometimes worry if people would like my music since I did not have the same training other composers had and did not have it formally for years. However, I realized it is okay since I have a different perspective on how to do it and that is what makes up for my current voice as a composer.

So, what’s next? Any big plans?
My directors and I have big plans for the films we are working on so fingers crossed on those! I have some exciting plans or news, but I can’t disclose it for now. 😉

I look forward to working on more amazing films or TV series though! I hope someday I would get to work on A24 films as I realized I really love the films they produce and the type of music needed for those films are my type of music. I also recently found out about this new Marvel character who’s Filipino by the name of WAVE. Her real name in the comic book is Pearl Pangan, and I found it funny how her last name is the same as I do. Maybe in 7-10 years, I would get to work on the music for that someday? 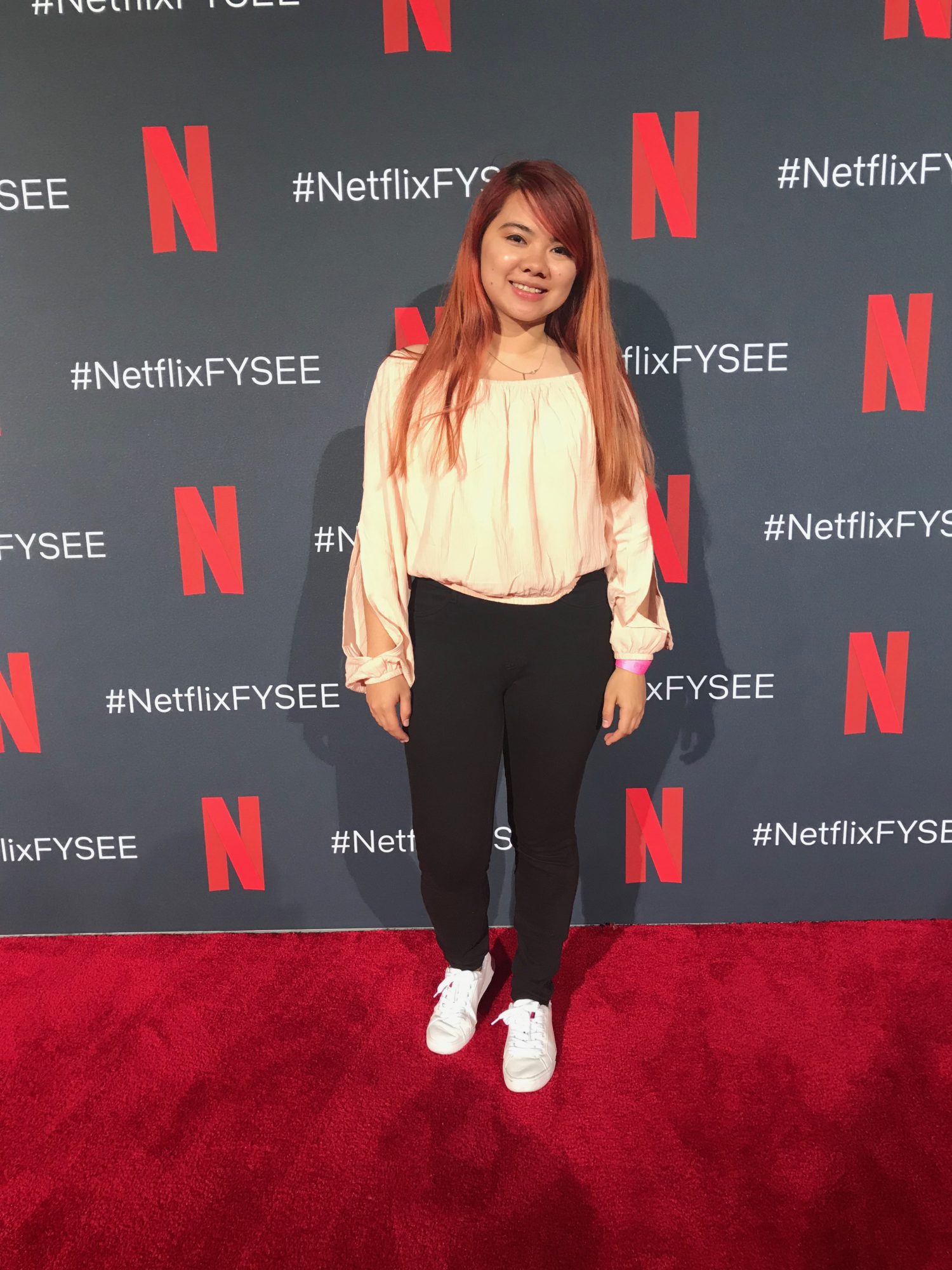 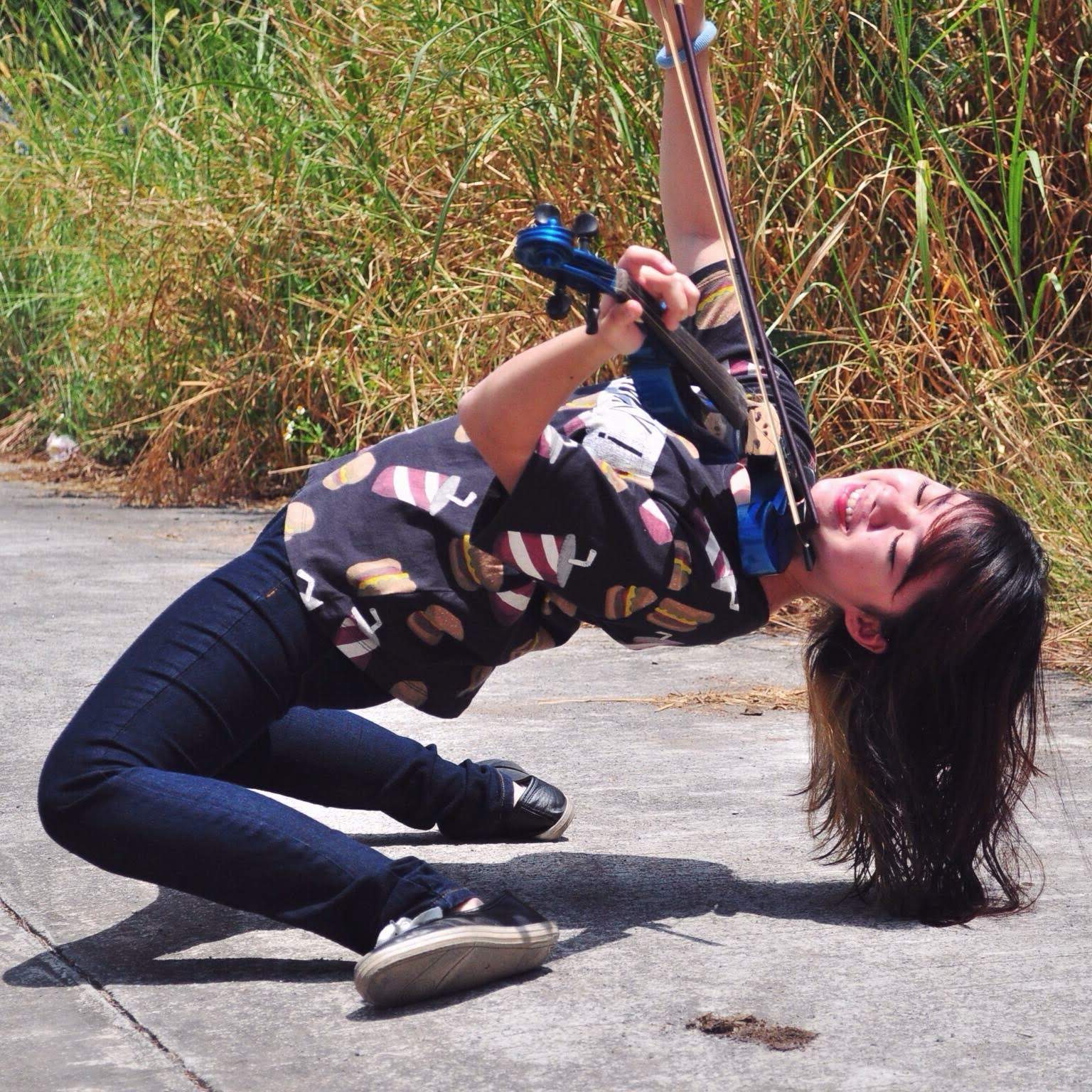 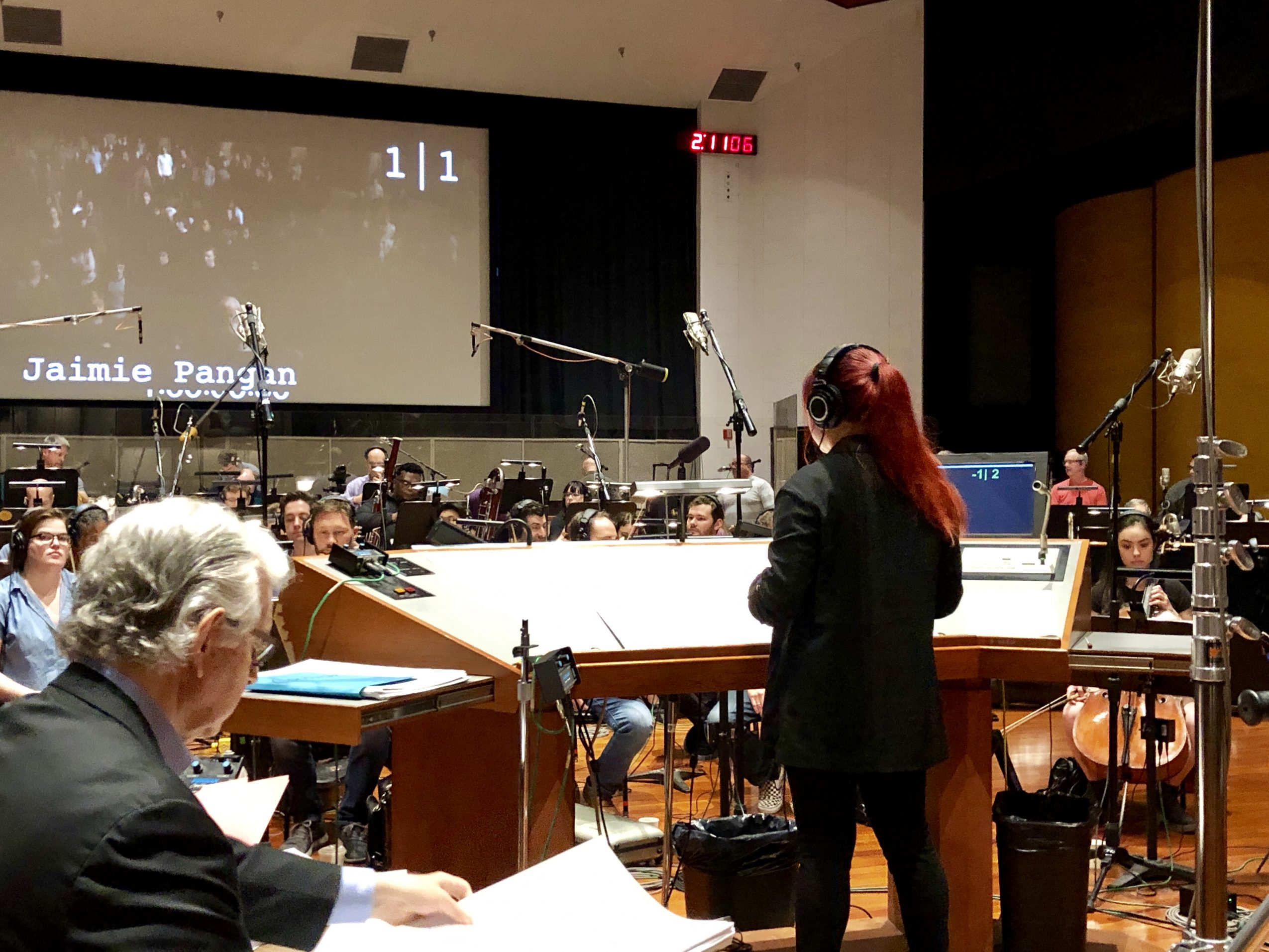 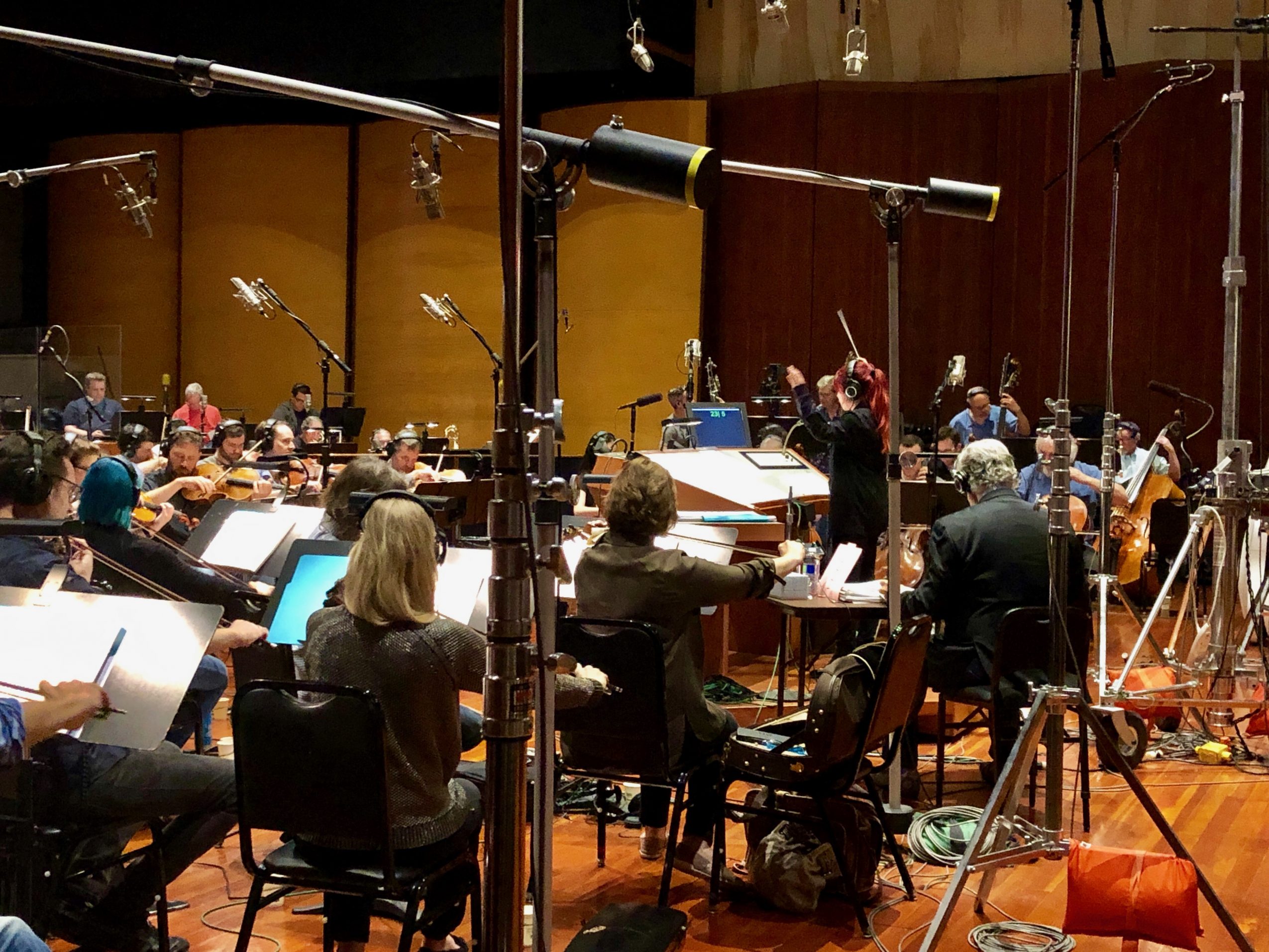 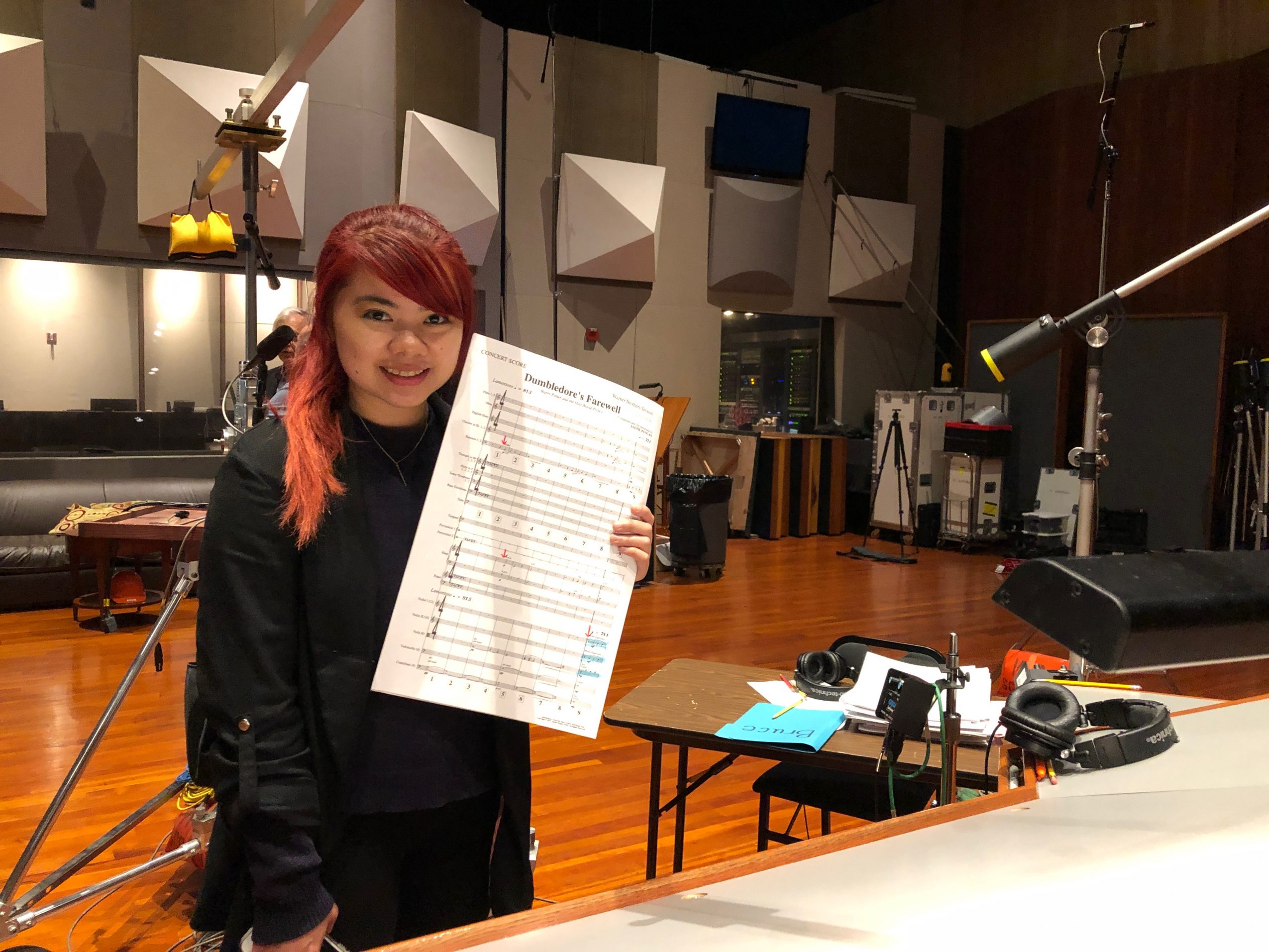 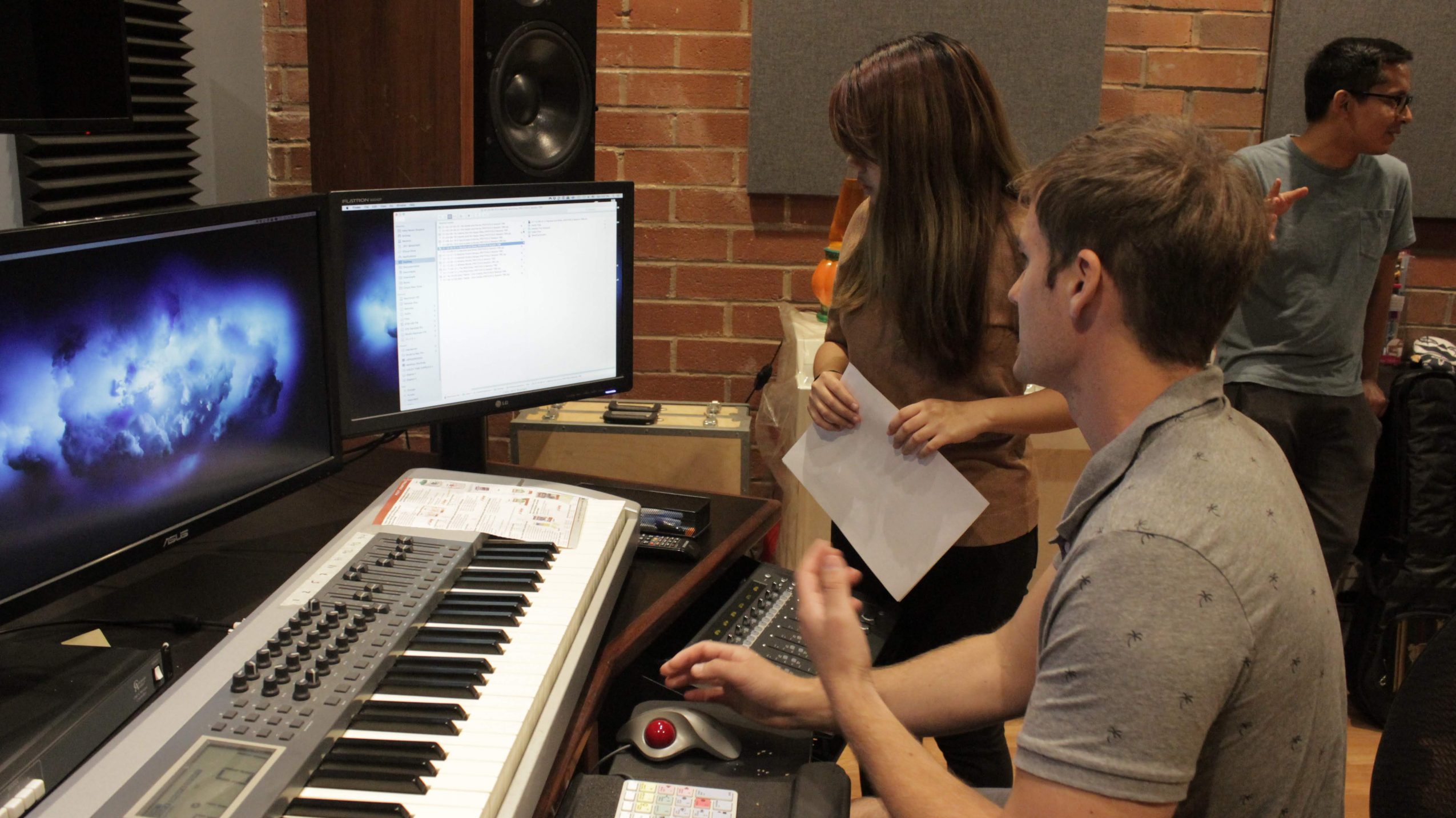 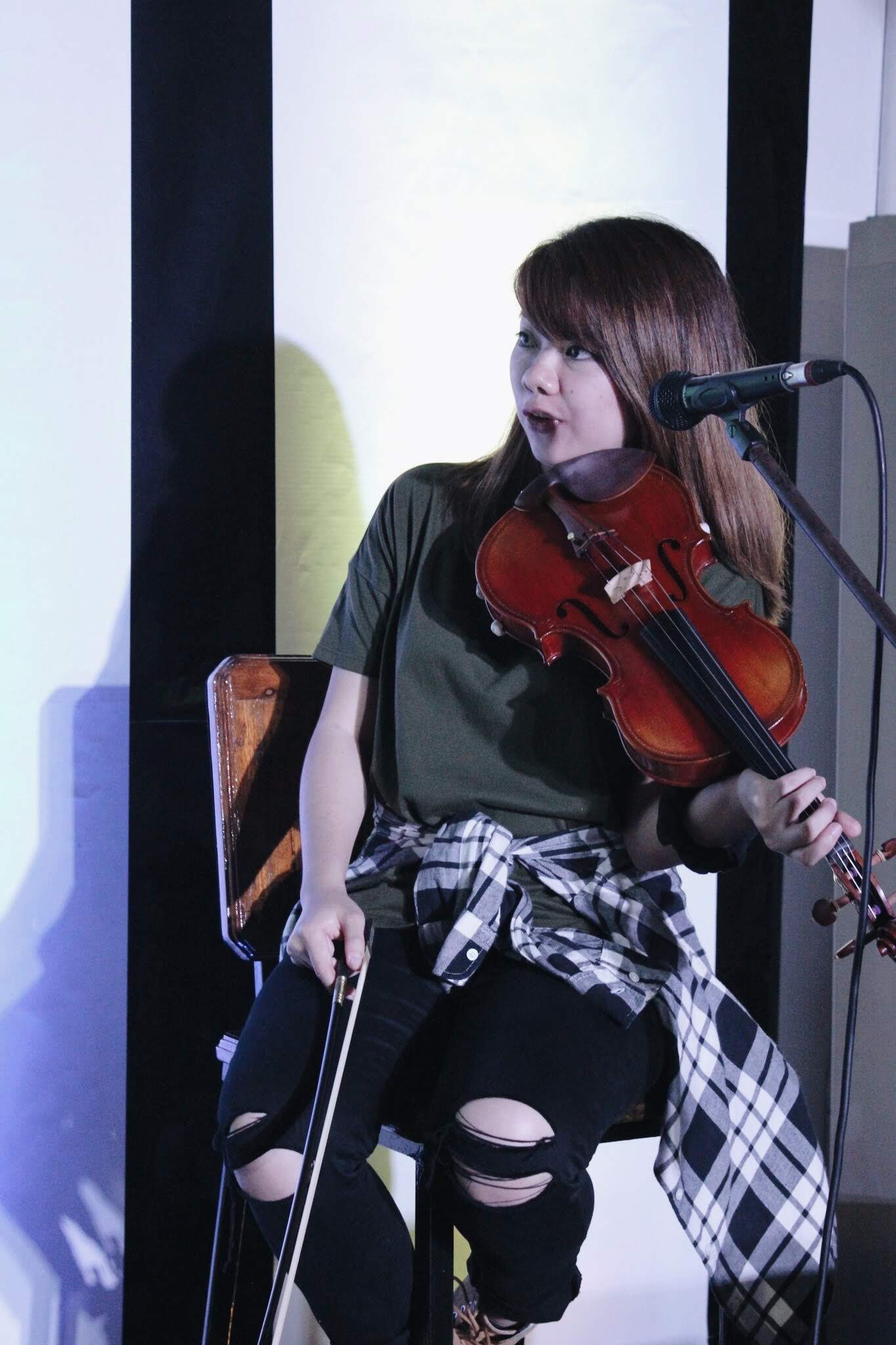 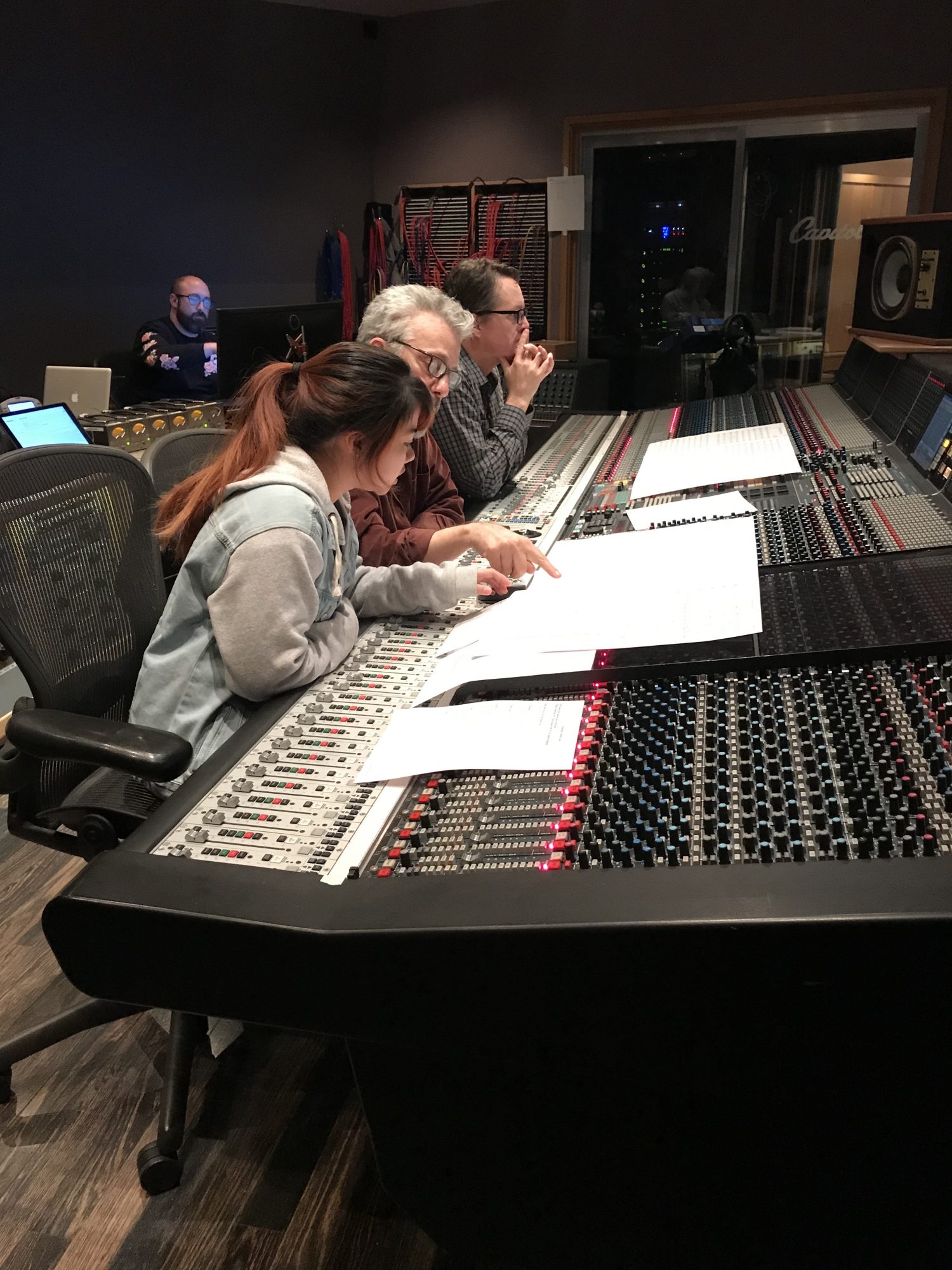 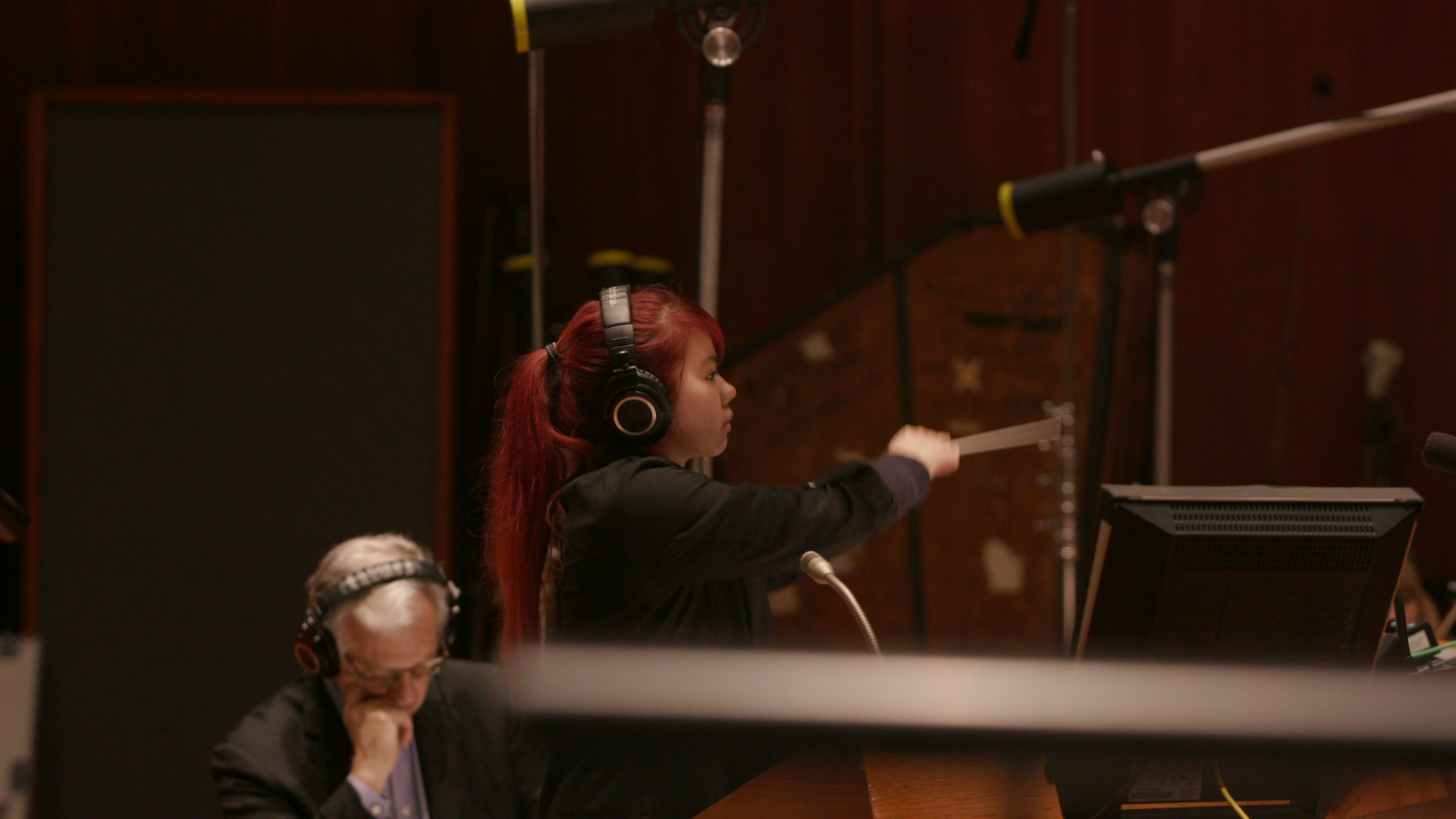 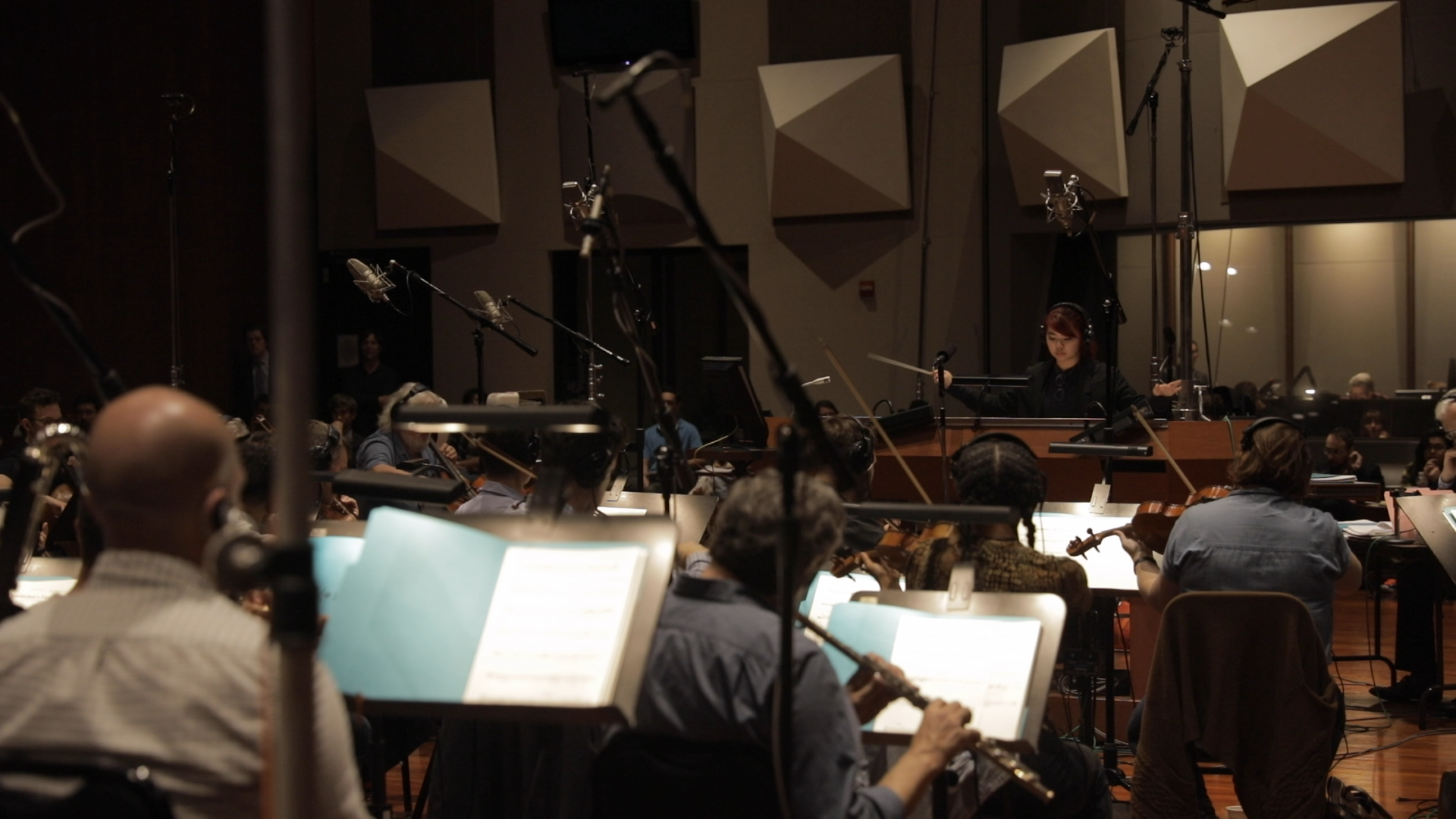