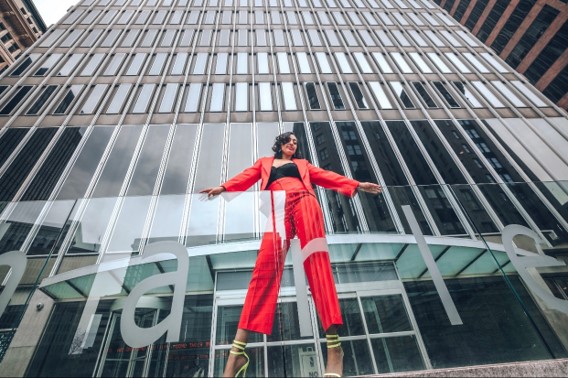 Today we’d like to introduce you to Imani Nia Robinson.

Imani, let’s start with your story. We’d love to hear how you got started and how the journey has been so far.
I entered into the world of the arts at the early age of nine. I was a visual artist, performed in theatre shows and played the flute. I quickly realized that acting was my number one passion. I auditioned and got a recurring role on HBO’s, “The Wire” Season 4. I then attended Baltimore School for the Arts for high school where I studied the craft of Acting. It was during my junior year in high school where I wrote a one-act for my classmates to perform. Scriptwriting became a new love of mine, and I was interested in learning more about that art form.

I went to the California Institute of the Arts, where I received my BFA in acting. While there, I had an internship on HBO’s, “Treme” in the Writers’ Office. After that internship ended, I had an internship at HBO in the Original Programming department. While interning with them, I learned what type of content interests HBO as well as what the pitching process requires.

After I graduated with my BFA, I moved back to the East Coast. I auditioned and got accepted into a Shakespeare company in Connecticut. Post-college life was (and still is) a huge transition for me. I am in a field where consistent work is not guaranteed. It can be overwhelming and fearful to always be on the hunt for the next opportunity.

I wanted to learn more about the television industry. I was curious about the process behind the camera. I got a set PA job on the pilot of HBO’s, “The Deuce.” Once the show was picked up, I was working as the Writers’ Office Assistant for Season 1. I was also blessed to have been given the opportunity to audition and be cast in a role on episode 5 during that same season. It was a dream come true having had two HBO acting credits under my belt.

After season 1 of “The Deuce” ended, I moved back to California. I got accepted into UCLA’s Professional Program in Screenwriting. In addition, I also worked as a substitute teacher and went on auditions and took classes that my agent recommended. During my down time, I wrote my pilot, “3 Blind Mice”. I’ve always been enamored with 90’s black content and music. I want to put the positive influence that the 90’s had in today’s programming. “3 Blind Mice” is a mix between “Living Single” and “A Different World,” but millennial style.

My career journey has been nothing short of a consistent blessing. My name Imani means ‘Faith’ and Nia (my middle name) means ‘Purpose’ — both of which I try to live by daily.

Overall, has it been relatively smooth? If not, what were some of the struggles along the way?
It is not always easy. I have realized that I am the one that blocks most of my blessings and opportunities. It all stems from fear and, at times, lack of confidence. I do not want to grow old and say, “Wish I, would have, should have, could have.” I try my best to go after my dreams full on and fearlessly. The support of my mother and family also helps keep me afloat.

“3 Blind Mice” – what should we know? What do you guys do best? What sets you apart from the competition?
I think what keeps me apart from others, is that I do not stick to one art form. I am continuously learning and trying new things. Acting is my number one passion, but I started writing so that I could create ideal roles for myself. I am now getting into producing. I find it important to be involved in all facets of this industry. The more you know, the more you can achieve and excel in.

I really want my show, “3 Blind Mice” to be a generational hit. I wrote the show and will be starring in it as well. My show is about Naeemah, a young black woman who attended predominantly white schools all her life. She gets expelled from Mount Holyoke College during her junior year, and transfers to Morgan State University in Baltimore, MD.

Shortly after her arrival, she realizes the grass isn’t always greener on the other side; because even amongst her own people, she still feels out of place. Naeemah has two roommates, Brittanie and Mufﬁn, who have recently graduated from Morgan State University, and are both hurdling obstacles during their transition into adulthood.

This series shows three different women, from three vastly different backgrounds, come together in support of one another. “3 Blind Mice” illustrates the physical and mental diversity among black millennials; while implementing 90’s television nostalgia.

What is “success” or “successful” for you?
For me, success is being recognized and respected for the work that I create. For people to tell me that my art resonated with them in some way, and that my stories are relatable.

Success is also hearing your mama say, “I am proud of you.” 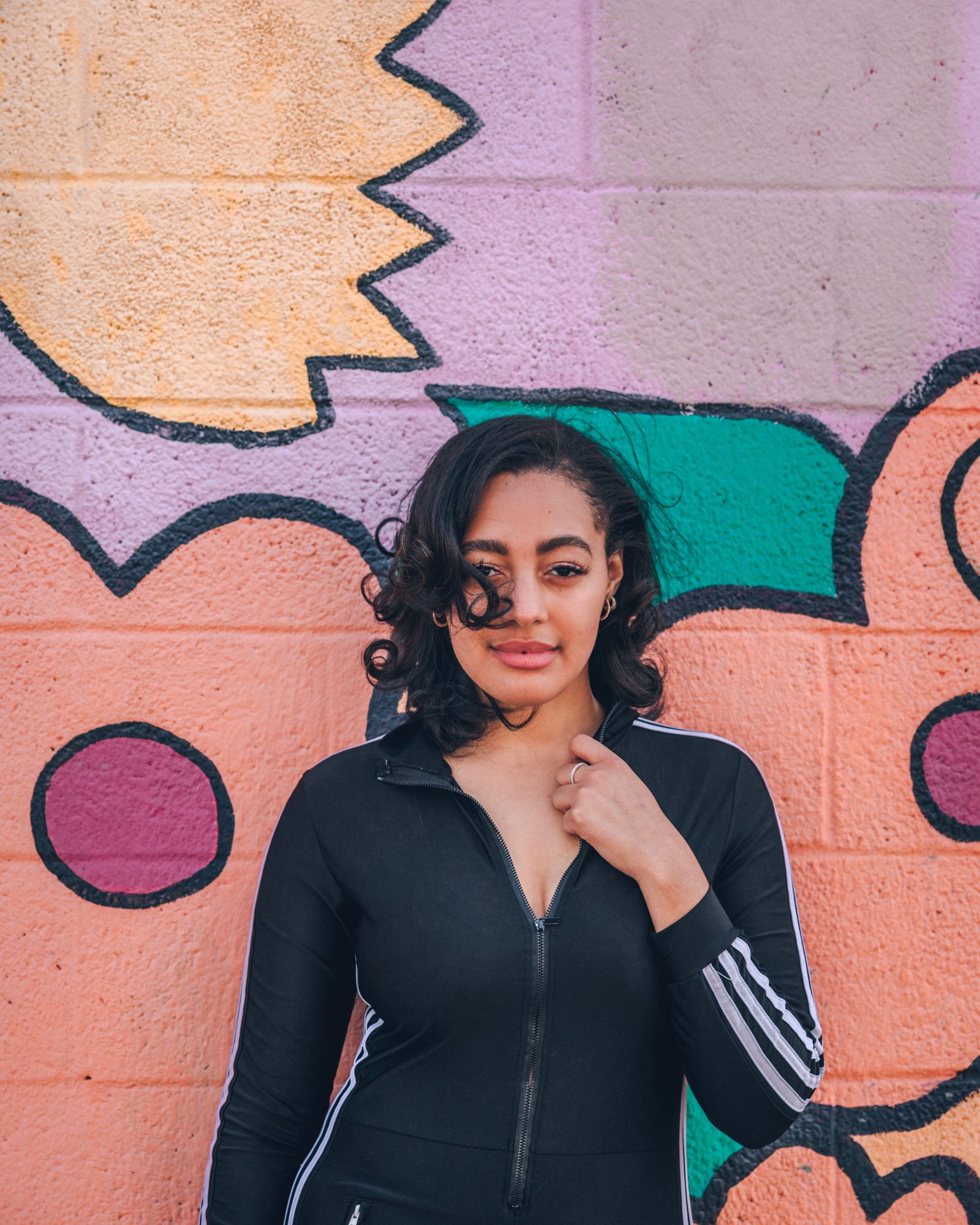 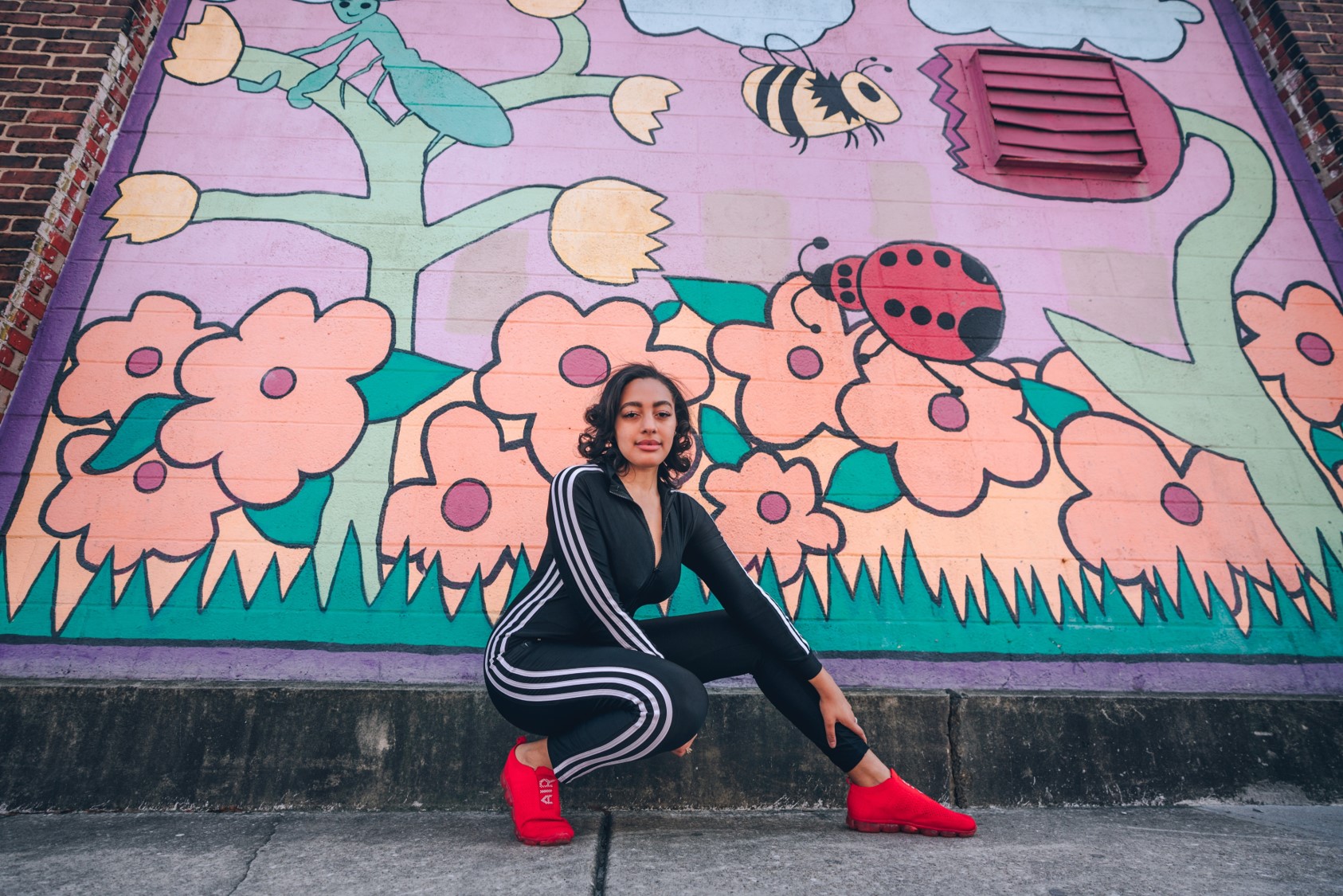 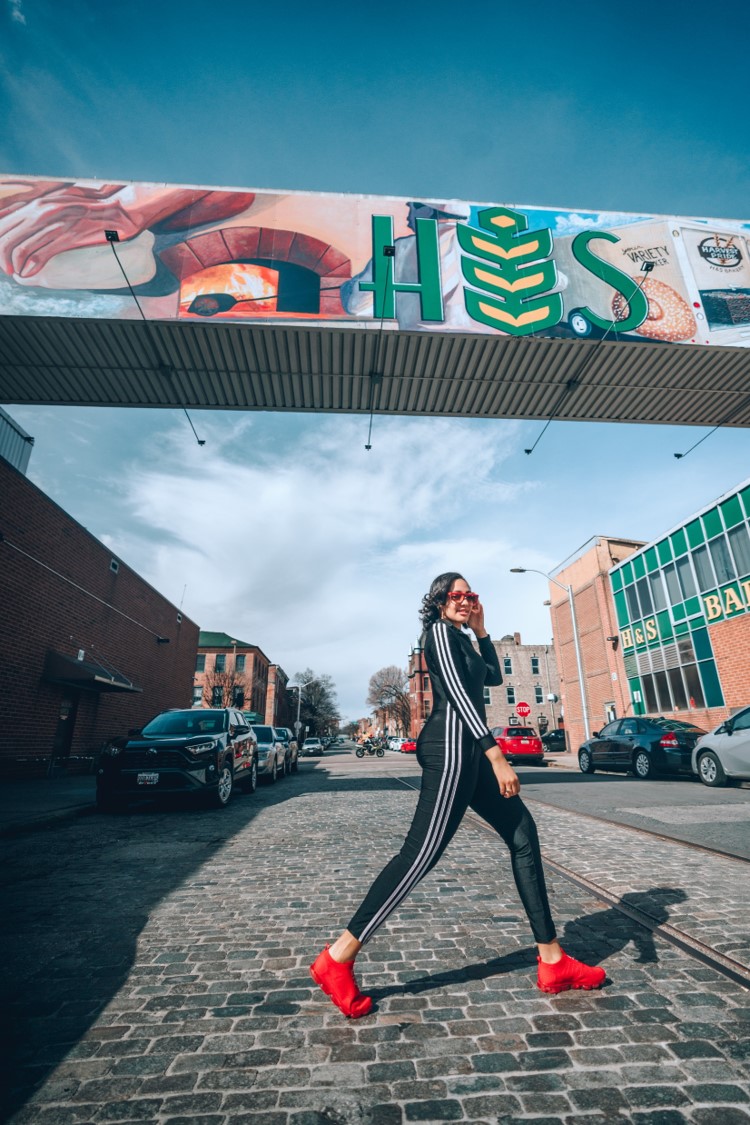 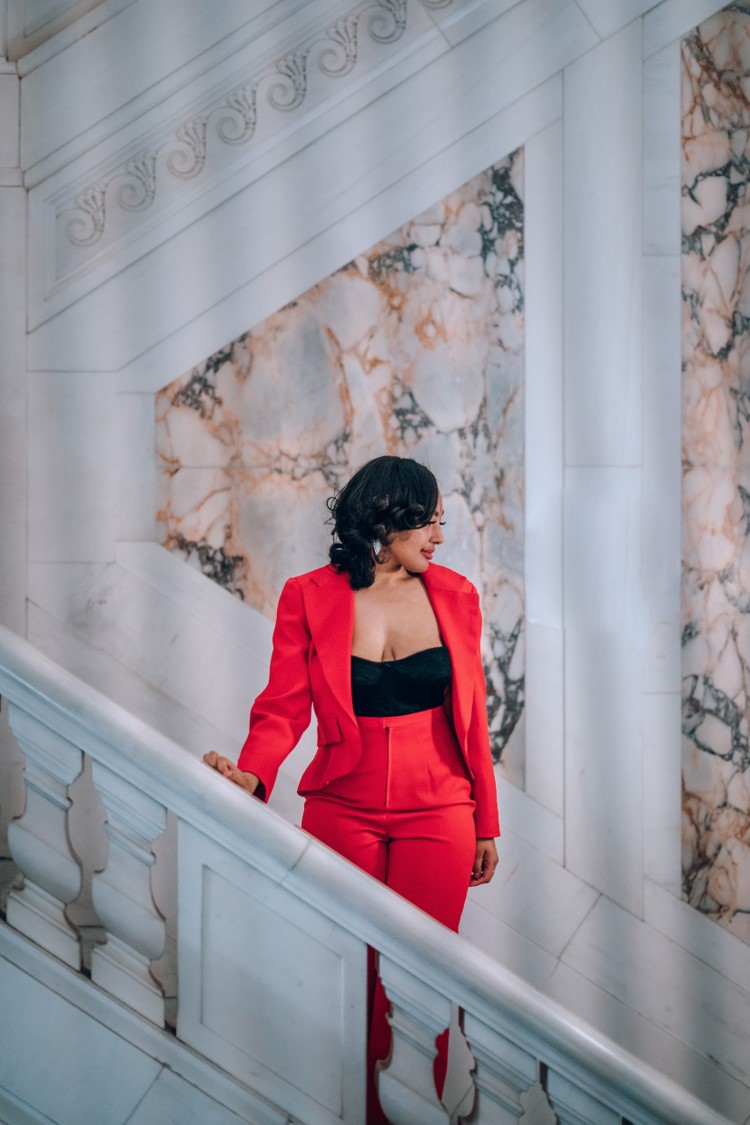 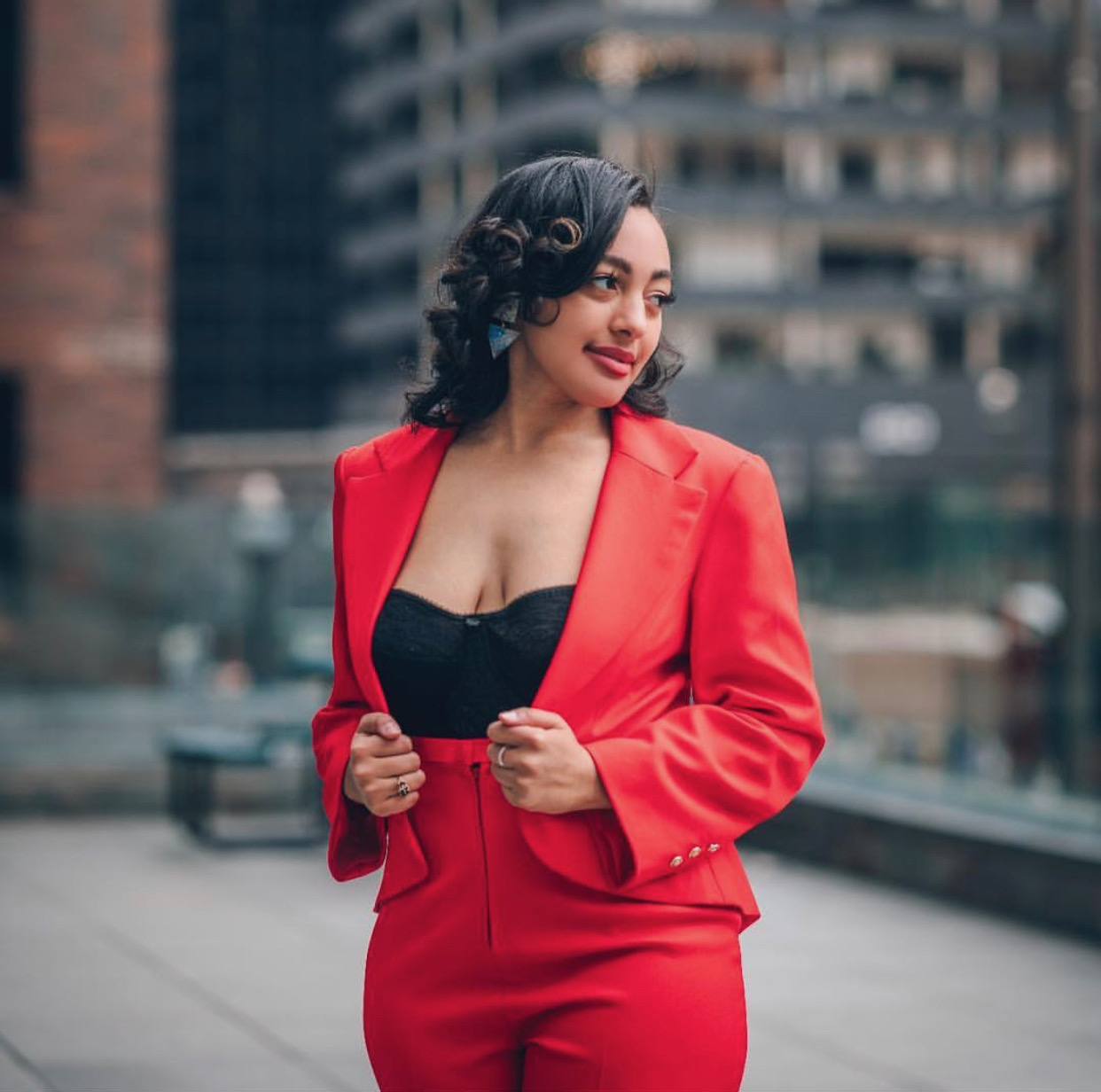