Meet Harvey Schwartz of Harveys On Beverly in West Hollywood 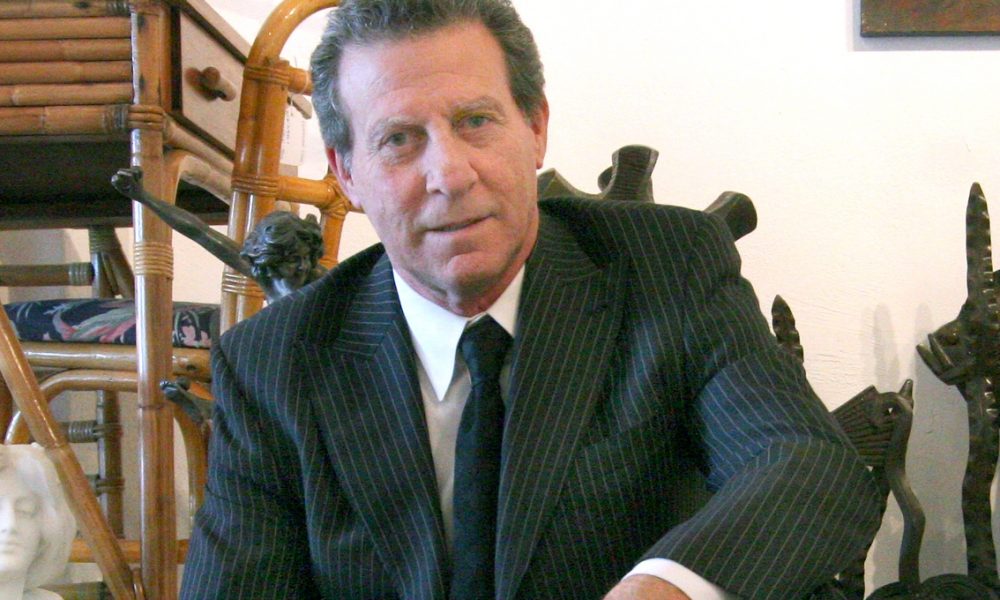 Today we’d like to introduce you to Harvey Schwartz.

As a child, Harvey grew up around his mother’s “nick-knacks” but did not have much appreciation for them. Her thimbles, depression era glass and the costume jewelry of her day were simply in his way! Little did Harvey know then, that the procurement, sale and rental of such items would be the driving force responsible for the success of his company, 20th Century Props and ultimately, his livelihood.

Harvey’s early beginnings in the trade of the antique and the unique started with the selling odd items from his garage. This kind of hobby progressed when he began selling antiques from his home that he had collected during the 1960’s. In the ‘60’s, (Monday through Friday), Harvey was an aero-space engineer but on the weekends, he was an expert antique bargain hunter. Harvey eventually left the aero-space industry when the space race ended in 1969.

Harvey gained momentum and inventory in the antique flea markets and swap meets dotting the greater Los Angeles area. He acquired many unique items, including an art deco sterling silver overlaid Lennox candlestick and a Pate-Devere butterfly ashtray by Dame Nancy and many more unique items. He loved deco era lighting and began purchasing all that he could, restoring those pieces that weren’t in top condition. This growing flea market trading and up selling progressed with the opening in 1969 of a little store on Melrose, called “Harvey’s Antiques”.

As Harvey’s Antiques expanded and grew he looked for other business opportunities. Harvey became interested in antique rattan when he purchased a period rattan rocking chair that he was able to sell at the antique store to none other than Barbara Streisand. Rattan looks like a growing and good market he thought. He found a company in Pasadena called, “Tropical Sun Rattan” that was storing never used 1940’s and 1950’s rattan furniture and purchased the name and the bulk of their inventory.

With the addition of the extensive vintage rattan inventory that Tropical Sun Rattan specialized in, came the eventual entrée into the world of “Show Business”.

When his rattan was rented as part of the permanent set of the hit show, “The Golden Girls” Rattan resurged again. Once it became apparent to Harvey that he could make money by renting rattan and antiques and still possess them after their Hollywood debuts, he was off and running.

The extensive deco collection was rented for the feature production of “The Blade Runner”. Who knew that Hollywood could turn antique deco era items into a futuristic set? Some incredible finds came from Harvey’s countless early morning hours at the Rose Bowl in Pasadena. He met many retirees who sold one of a kind tortoise shell vanity sets and 1920’s jewelry, for very little money, so they could rid themselves of all worldly possessions and hit the open road!

This passion for all that is collectible and all that is Hollywood, drives 20th Century Props to specialize in unique and hard to find props, many of which have been reclaimed from famous feature films and television shows. Their emphasis continues to this day focusing on preserving the props, antiques, creations and history of feature films and TV for the future use by set decorators on new productions. We are well known in the “industry” for our collection of Deco period pieces, antiques and our extensive lighting department.

The local production community still accounts for the majority of our business. 20th Century Props does, however rent our unique inventory to photographers, event planners, window display companies, home staging companies, film school students and the general public as well. We are proud to be supporting the domestic production industry as a privately held corporation. Sixteen years after opening our doors, we are one of the few large (113,000.00 Sq. ft.) independent (not studio owned) prop house remaining in business.

Then Back to Beverly Blvd where it all started and Harveys On Beverly lives again.