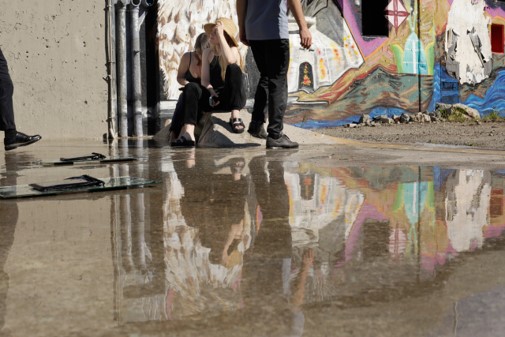 Today we’d like to introduce you to Delia Jürgens, Jessica Dillon, and Tarik Kentouche.

Thanks for sharing your story with us Delia, Jessica, and Tarik. So, let’s start at the beginning and we can move on from there.
DIS-PLAY is a virtual presence in the dimension of a web page that occurs temporarily as physical entity and communicator in public. It invites artists with international backgrounds to bond and create digital content and form one imagery of the given fragments which are presented publicity as an encounter to address deeper thoughts and dialog in the midst of the general advertising content of urban screens.

DIS-PLAY evolved seven years ago from several related projects. Originally titled urinvited.net, it was created as a live piece of art and a platform for streamed art between IRL and URL from 2012-2014. With the aim of further questioning corporate business presences and how they form, shape and manipulate contemporary identity the page was extended with functional representational panels such as ‘Waiting Room’, ‘Artist Discount’ – an Airbnb artist in residence program -;‘Traditional Overlapping’, ‘The Gardener’ or ‘Watching Cyberpunk’ when renamed to halib.biz two years later, in 2014.

In early 2016, DIS-PLAY’s concept was reinvented when working out its deeper structure and re-titling the project DIS-PLAY. It was physically reactivated when DIS-PLAY’s first occurrence ‘DIS-PLAY #1_08172018 – Can we ever be free’ physically occurred on a smartphone display in a group show at the Städtische Galerie Hannover in 2018 and invaded the hierarchical curated structure of the gallery and the white cube by presenting a changing topic from different artists through DIS-PLAY’s webpage on the manifested physical smartphone display in the gallery. The invited artists participated through the webpage from different parts of the world creating one imagery on the DIS-PLAY html. Followed by the second occurrence ‘DIS-PLAY #2_12012018 – URSUBSTANZ’ DIS-PLAY installed a monitor at the pub ‘Bube’ in Leipzig Germany presenting two invited artists from Leipzig and Los Angeles. The work interweaved the live-site of dis-play.xyz to one merged figure of speech and was extended through a part in Guangzhou, China. In 2019 DIS-PLAY was invited to take place at TheOtherPlacesArtFair in San Pedro, California where it occurred as physical touch screens presenting 28 invited artists from Los Angeles and Germany. For ‘DIS-PLAY #3_03162019 – TOUCH’, DIS-PLAY formed the physical frame symbolically using water as a method of touch and screen creating one image stream out of fragments from the 28 artists while addressing the theme of touch.

DIS-PLAY received its name from the Nordic mythology and is the activity and the being of a “Disen-Wesen”, an unspecified, surreal female being that indicates the negation of an automated spectacle: dis (= not) – play (=enact). It operates quite different from what is initially expected by focusing on the independent approach of artists, unifying their individual sights. This specific awareness and heightened attention to inner perspective presents the unique and independent content as a merged image in an attitude towards the broader public. DIS-PLAY is a Live Piece of Art as an encounter beyond the temporal and geographical boundaries that leaves the art product in its actual hybrid form. It nomadically creates and exhibits in an ongoing virtual and physical scope that challenges and re-considers traditional techniques of an exhibition, a gallery, a museum and art practice itself in the relation between state, society and citizens. It will soon occur in Hawaii, Venice, at Billy Jacob Projects (GER) and Kunstverein Braunschweig (GER) later this year.

Great, so let’s dig a little deeper into the story – has it been an easy path overall and if not, what were the challenges you’ve had to overcome?
Sometimes it has been smooth, sometimes not, bad internet connection is a trouble.

DIS-PLAY – what should we know? What do you guys do best? What sets you apart from the competition?
Through its specific and flexible frame-up, DIS-PLAY enables the re-exploration of a prospect as an action to visualize the subtle, the unseen and the unspoken while making it accessible through the overall used screens in urban and social scenery. Physical and virtual landscapes connect and create space for active thought and imagination. DIS-PLAY promotes awareness by utilizing strategies of the internet and locating them throughout different cultural, social and natural environments. The ubiquitous format of the display finds a new way to directly address a diverse variety of people of all ages and genders, across national boundaries and class barriers, potentially appealing to a wide and diverse array of individuals and their imprints instead of only getting through to a small and centralized elite. Considering modes of framing and discovery within the attitudes of an art practice DIS-PLAY considers modes as gestures that also deem the propels of art practice. Whether they be gestures as action or media or as a state of awareness tracking within the frame and beyond the frame. 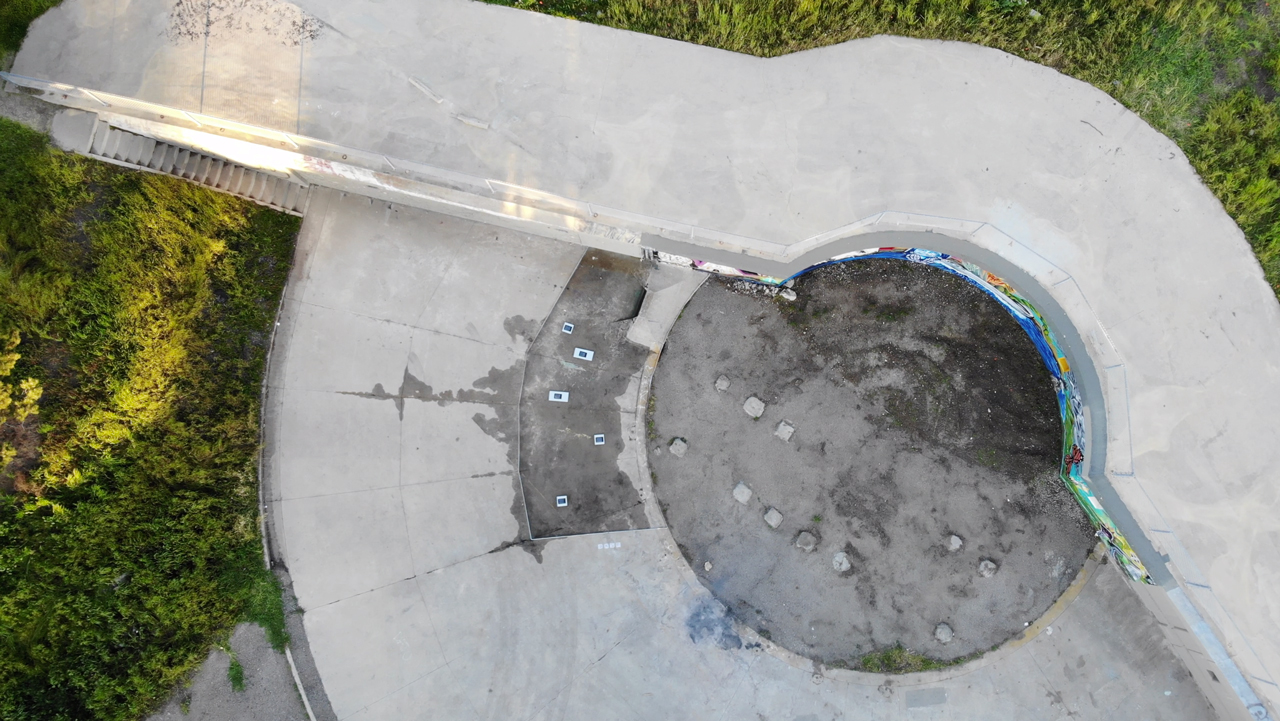 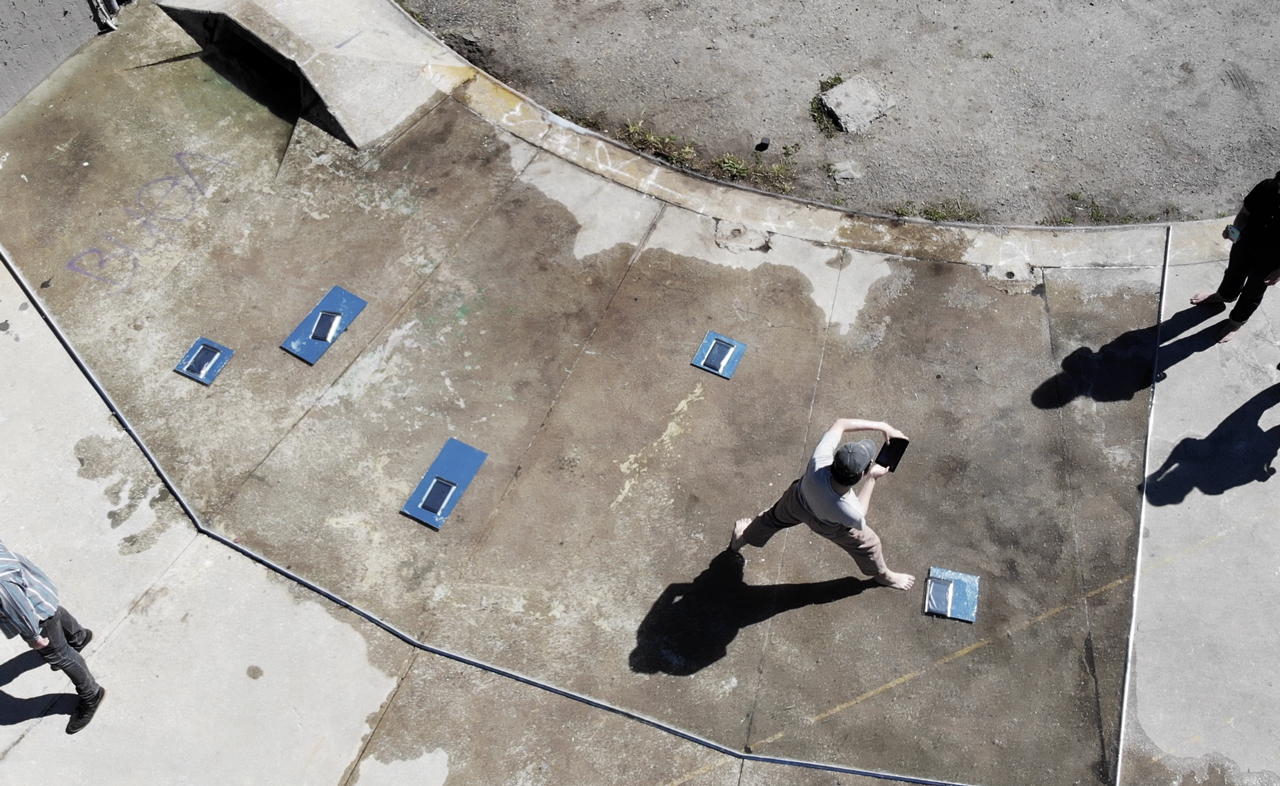 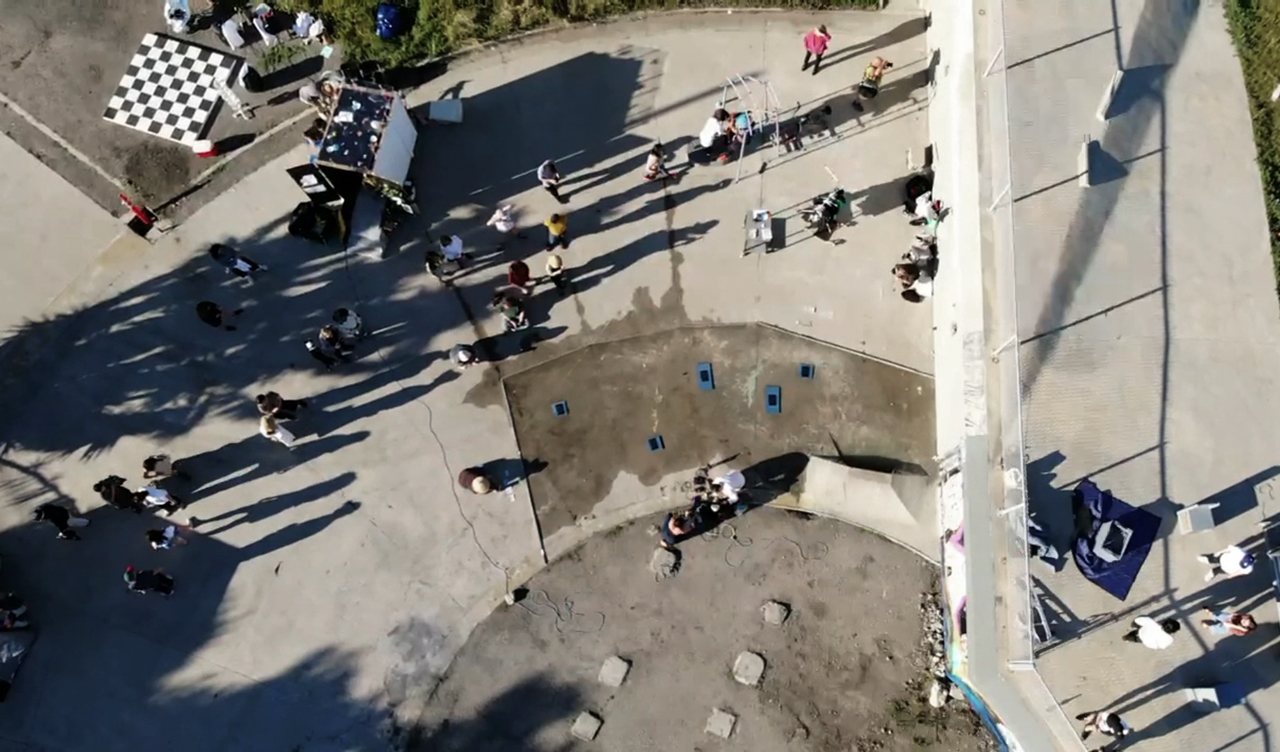 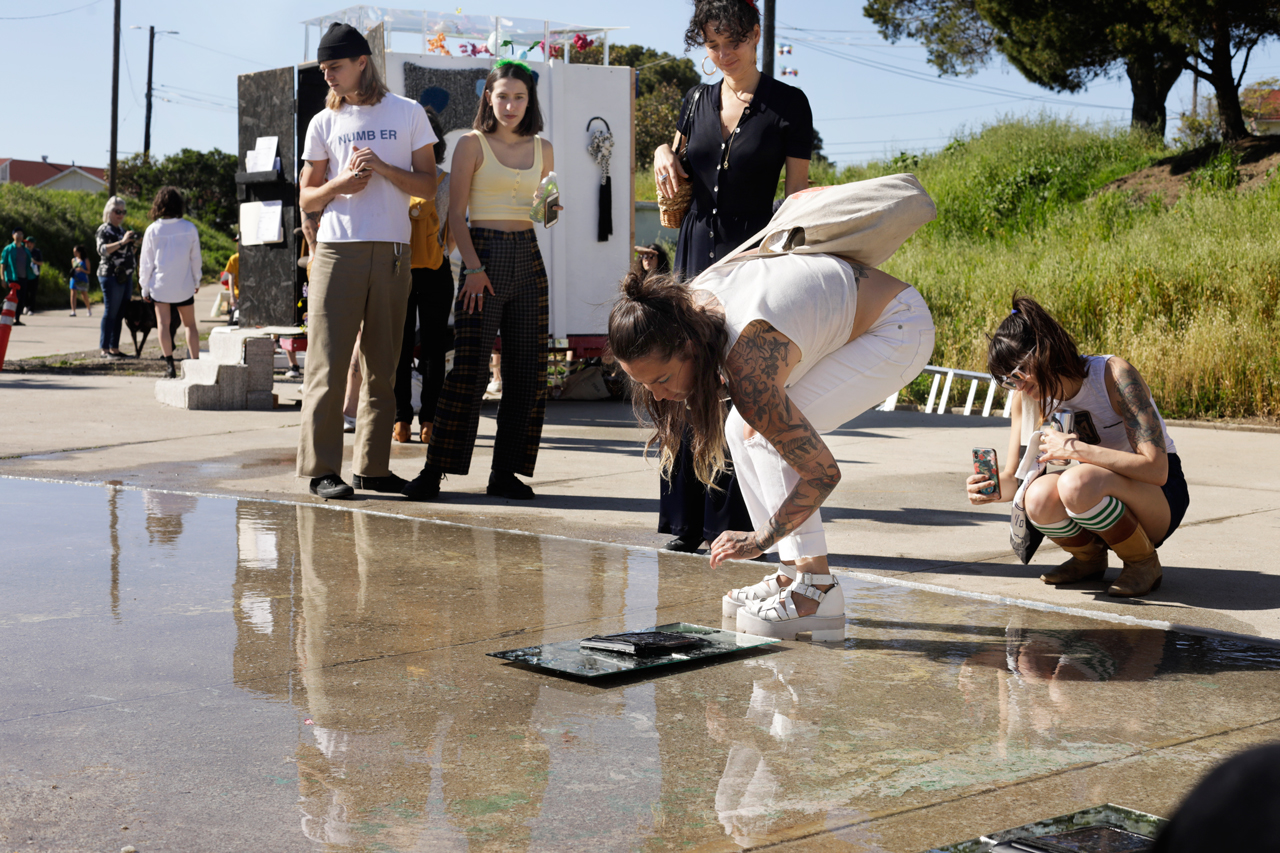 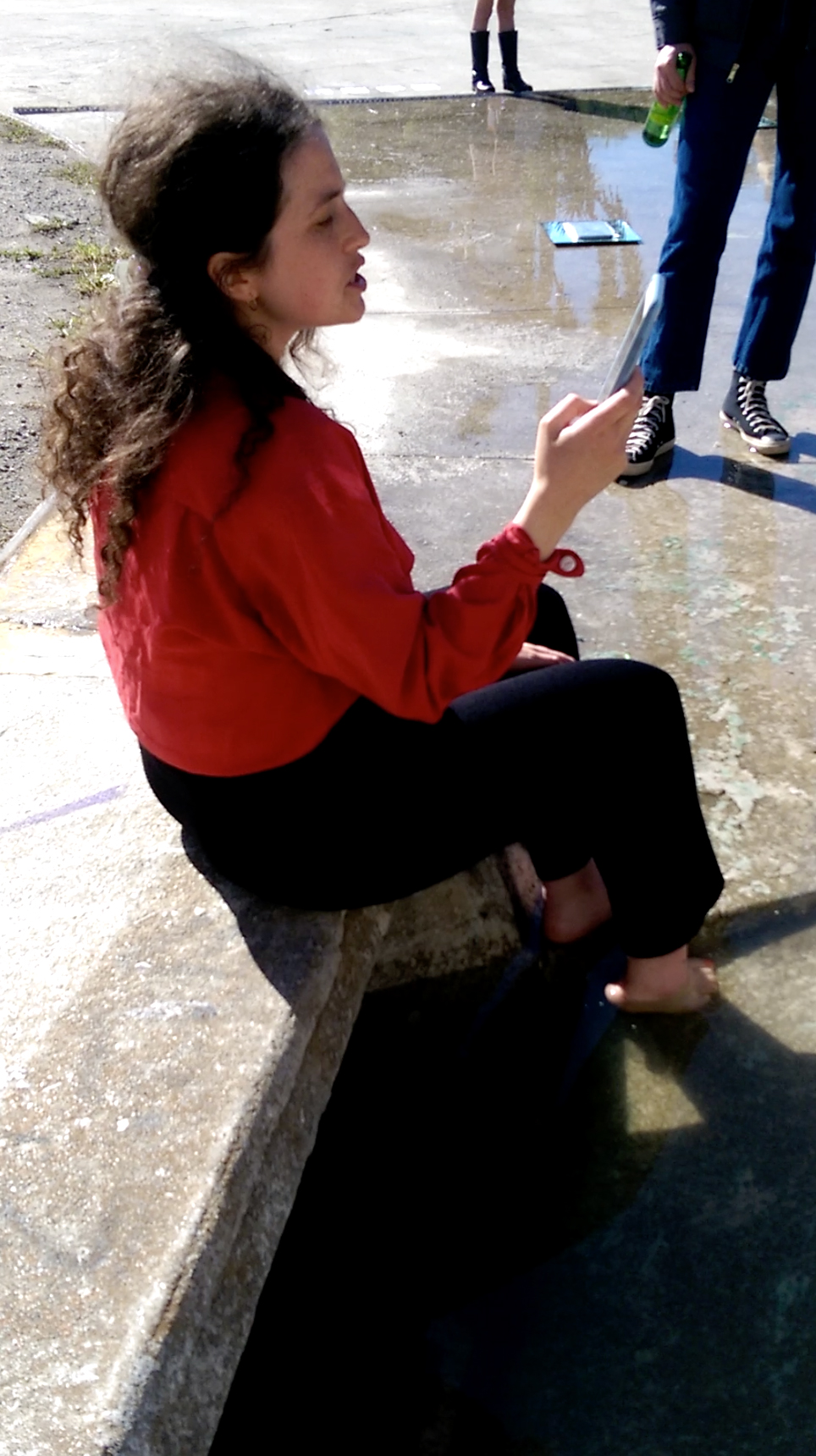 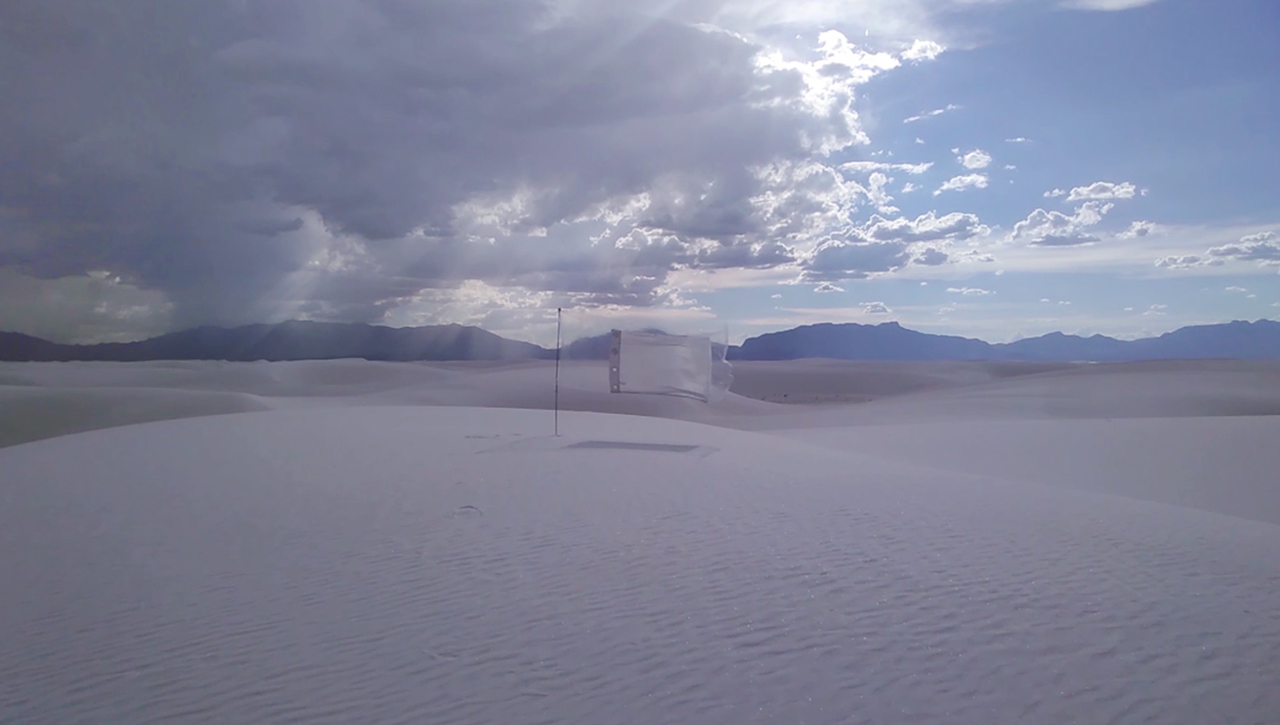 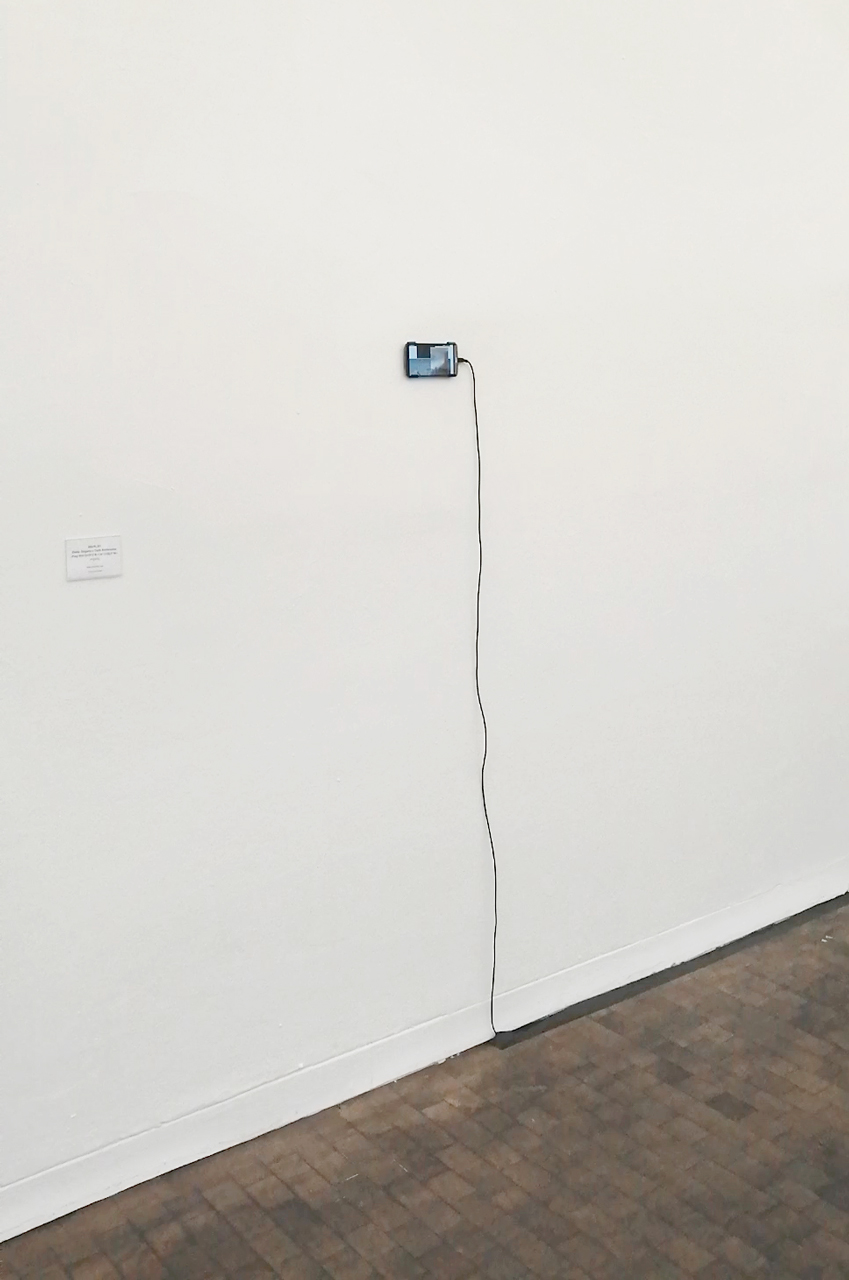 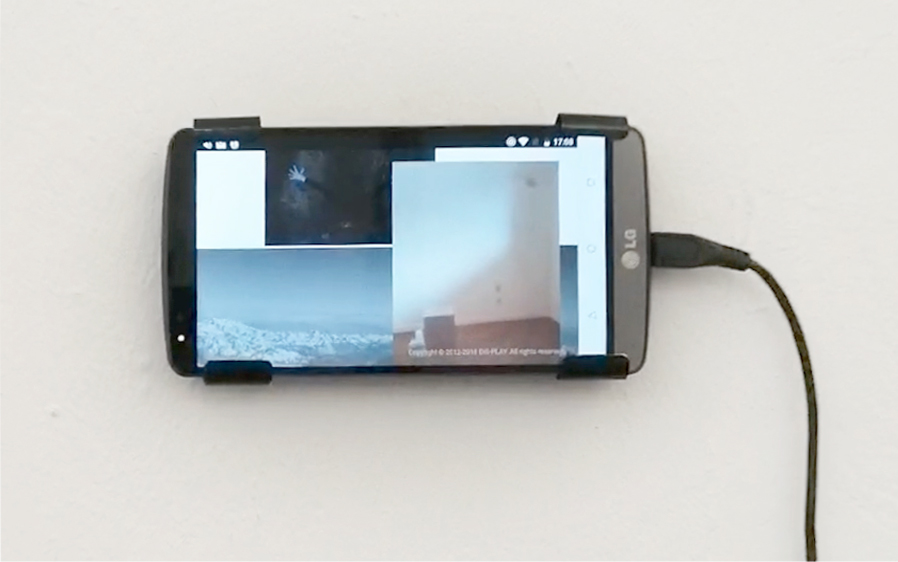 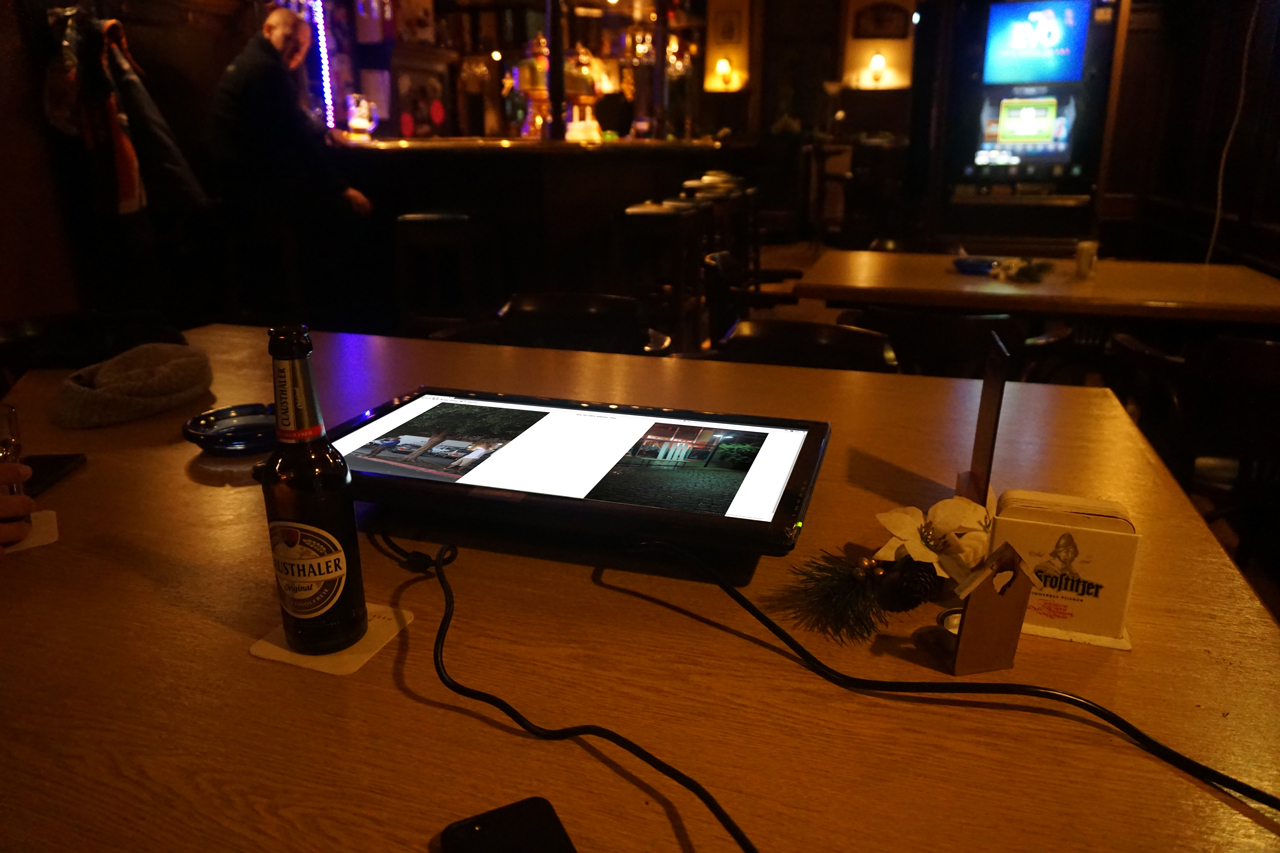 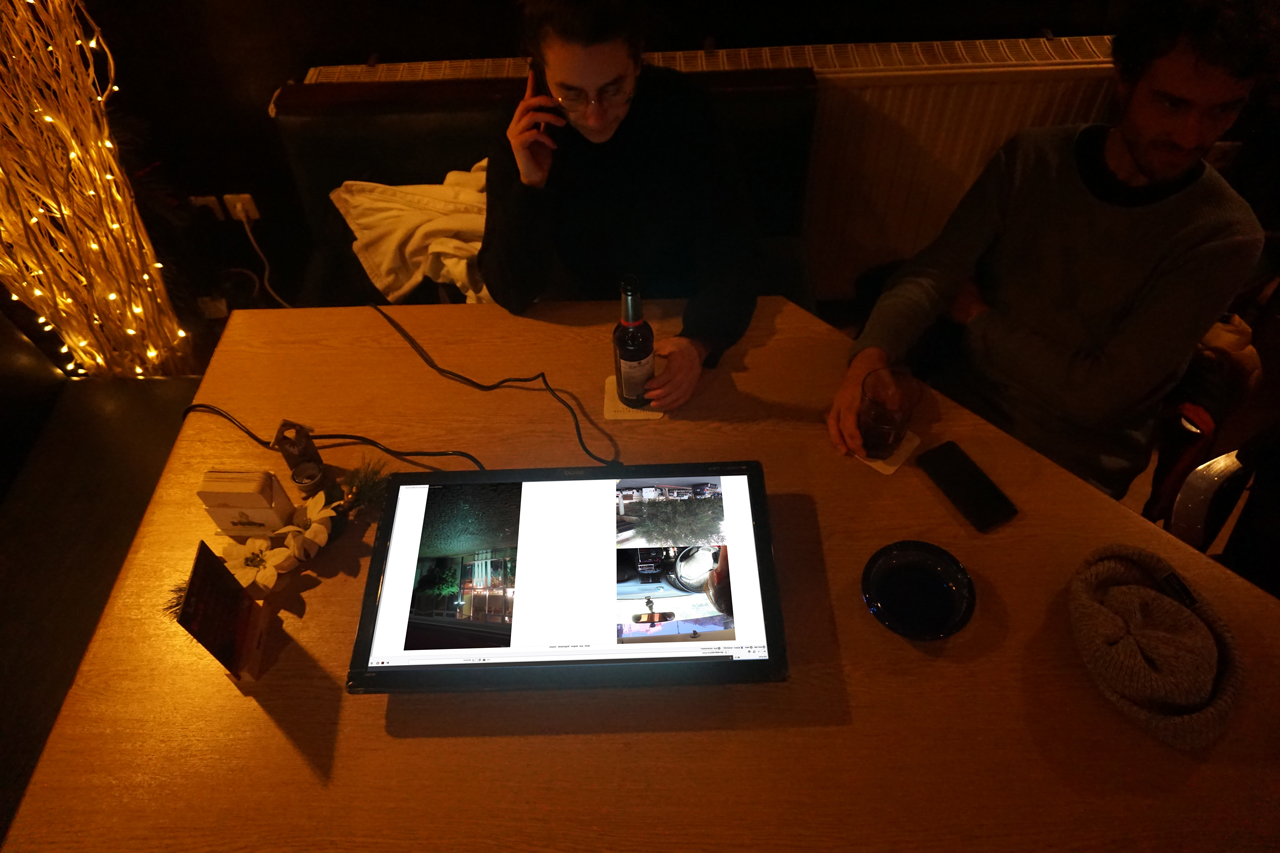 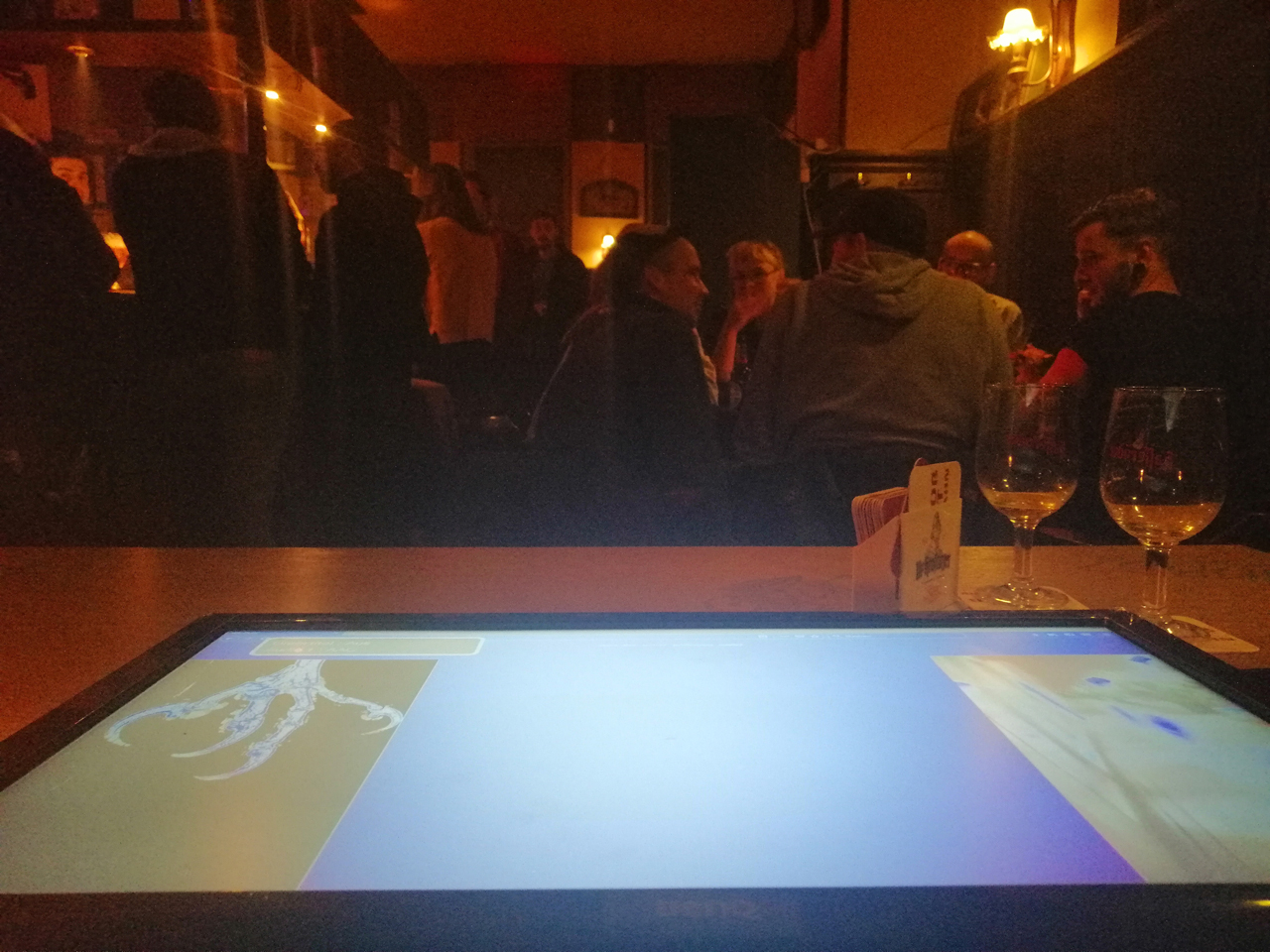 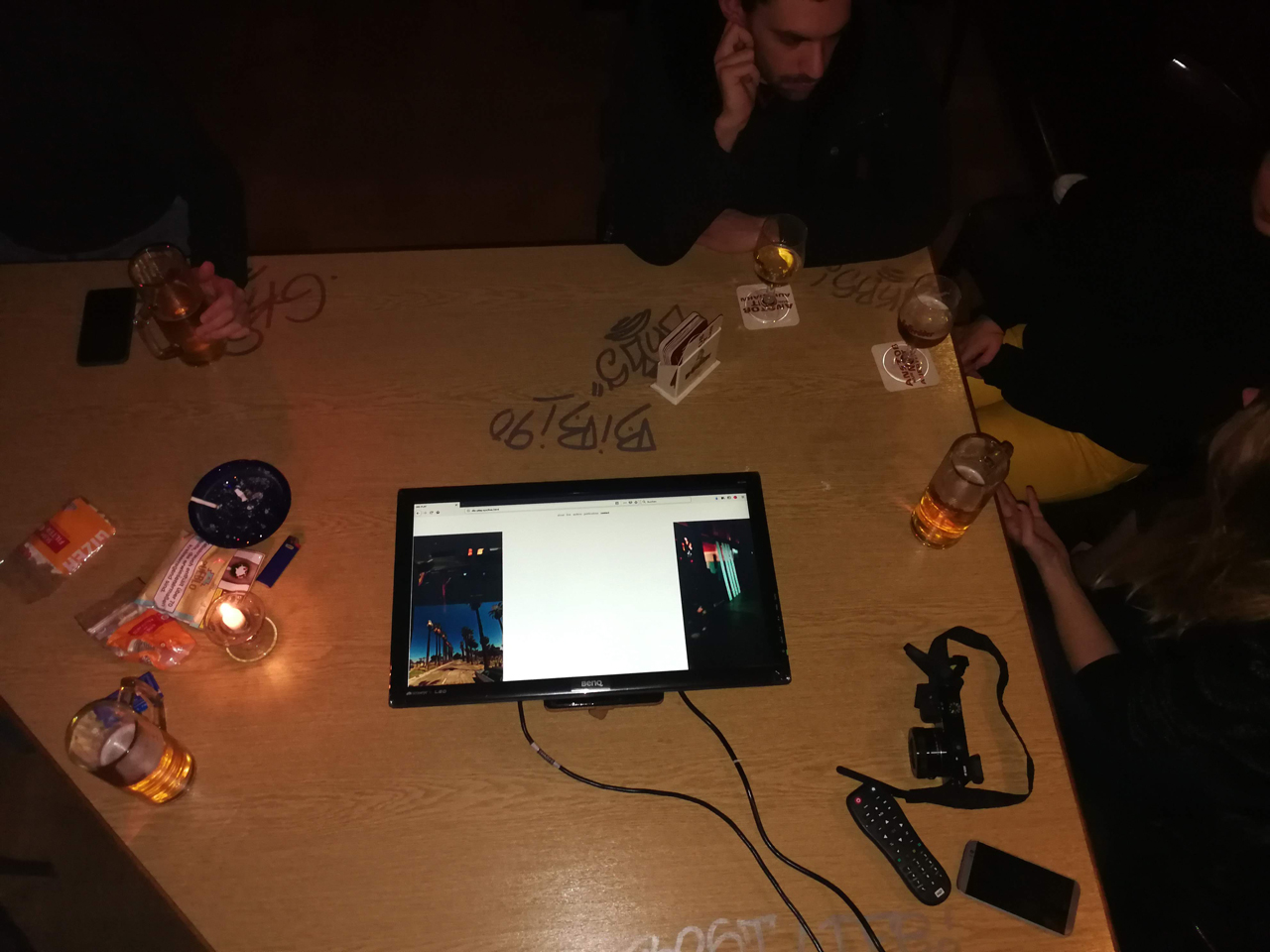