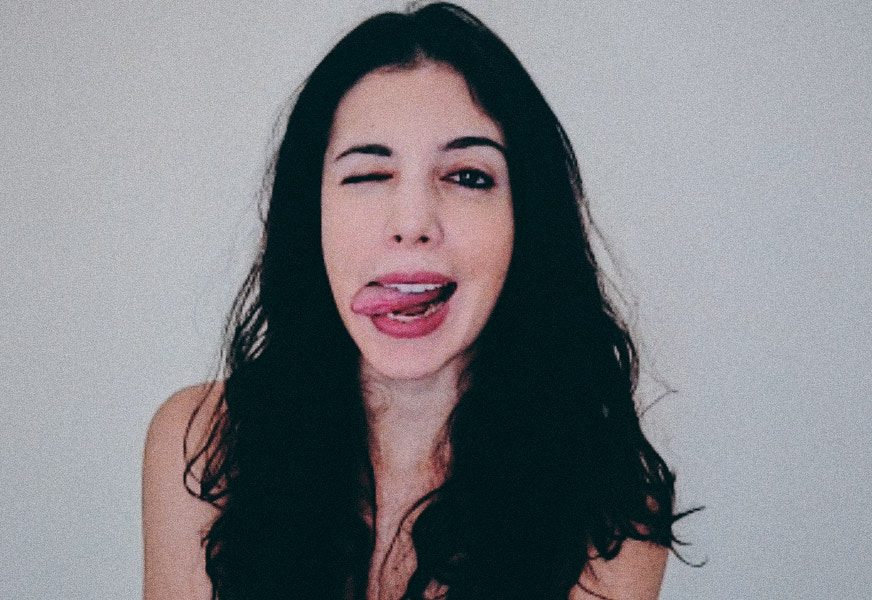 Today we’d like to introduce you to Anisa Butt.

Anisa, please share your story with us. How did you get to where you are today?
I was raised in the UK and decided when I turned 12 that I really wanted to act. I was always heavily involved in school plays and the arts. As well as studying drama at school and doing my BA in Drama (performance) I actively did courses outside of my education as well to learn more about acting. I also grew up watching Hindi films, so was fascinated by dancing from a young age. During university, I joined a dance company called Flex FX productions for a couple of years as an actor/dancer. We got to do some fabulous shows and shared the stage with talent like Atif Aslam at prestigious venues like the Royal Albert Hall London. A feature film audition for a ‘Bollywood’ Film led me to being called out in India. I got selected for the project and begun workshops, as well as learning Hindi.

Unfortunately, due to a change in their vision, I didn’t end up being part of that project, which at the time was heartbreaking, but definitely a lesson. I realized that closed doors definitely doesn’t mean not being worthy, and that perseverance and resilience is key in this profession. Soon after, as I decided to explore the Indian market a bit more, I got a show called ‘Ishaan.’ I would compare it to the American ‘High school Musical.’ This was aired on Disney India, and Shahrukh Khan’s production house ‘Red Chillies Entertainment’ had produced it. This definitely established me in India a young actress, and I was cast as the female protagonist ‘Shyla.’ It was a beautiful experience of learning, as well as my first professional credit for Television in India. Having done theatre in London, it was wonderful to experience acting for screen and learning from my peers. The language was a barrier to a degree, as I understood Hindi, but was still learning to speak. So being thrown into the deep end, learning scripts sometimes very last minute, as well as working mad hours made for a story!

The following year’s post ‘Ishaan’ allowed me to be part of feature films such as Zindigi Na Milegi Dobara and Yeh Jawani Hai Deewani,’ to ‘Brahman Naman for Netflix. From commercials to features, to more recently Webseries, I am so grateful for all the opportunities that came my way. Has it been difficult? Absolutely! Did I experience nepotism? (since its the big buzz word at the moment) Yes, for sure. There were many cases of definitely feeling like an outsider working in India and being slotted into a ‘foreigner’ box. Also losing projects to more established actors because studios want a name is extremely common and I have definitely experienced my fair share.

The last couple of years, I have been more back and forth from India and the UK. I recently completed a British indie feature film right before the pandemic hit. I also shot a short film on my last trip to India which is currently on Disney Hotstar called ‘Hangouts,’ for which we have received a beautiful response. So the acting journey is one which continues. I have been reevaluating the dream too and realized that though India was on the map, I definitely do not want to limit myself, and would love to be part of more international cinema. #hangouts will be on amazon prime soon.

I shot a short documentary film called ‘Got Cancer,’ in 2018 for which went to LA in 2019 to promote, in association with the foundation Hope B Lit. Ruhi Hak based in LA produced this important film, and I feel being part of cinema which has an important social message has also been a very rewarding experience.

Over the course of the lockdown this year, I actually got a life coaching diploma done too, as I absolutely love studying psychology, and feel that it even strengthens my work as an actor. I am also currently penning down a script and working on my writing. As well as acting, I write a lot of poetry and have turned some pieces into spoken word, which I continue to share on my social media channels. I also have a podcast called ‘Unplug with ani’ which was birthed in 2019, and because of which I get to have fascinating conversations with people all over the world, as it is recorded remotely.

I truly believe our lives are very individual journey’s and therefore I am embracing every facet of it. I absolutely love people, and love spreading joy and hope with everything I do. I consider being an artist a privilege. Being able to get into people’s homes through technology is incredible, moving them, drawing them into the art that so many people come together to create, at the expense of so many things. Being a creator isn’t always easy but to me I love this job and cannot imagine doing anything else.

I hope to go on to do more amazing work as an actor, as a poet, as a creator and podcast host and as a person. I would absolutely love to do some more stuff out in LA too!

Great, so let’s dig a little deeper into the story – has it been an easy path overall and if not, what were the challenges you’ve had to overcome?
The road has definitely not been smooth. I think initially even picking a profession like acting came with conflict. Being raised in an Asian family, I think there is this stigma attached to what you do. It’s all about what will other people think and say. I think my dad really struggled to understand why I would choose the arts, despite having been well educated and able to do so many other things. The insecurity of the profession and also I guess me being the only child in the entire family to pick a creative career definitely came with conflict.

As well as this, I think without Industry connections, to build something yourself. To find ‘Your’ people, people who really genuinely want to see you succeed and accelerate is not always possible. There is competition in every craft, but the arts truly requires resilience. Having a disciplined, strong mindset takes constant practice when rejection becomes your norm. Understanding who you are and building up your self-worth despite rejection takes practice. Believing in yourself time and time again when no one else does also takes a lot of reinforcement of positive affirmations.

This can be tough when you don’t have that strong support system behind you, but I also think just not taking “no” for an answer is crucial. Be stubborn about your goals. Yes, we need to be open to receiving and shouldn’t close ourselves off to potential opportunities which could exceed your goals and even be different avenues to the path you thought in your head, but you have to be stubborn in the sense that, if you don’t truly believe it, convincing others just won’t be possible. Before they believe you, you have to believe you!

We’d love to hear more about your work and what you are currently focused on. What else should we know?
I consider myself to be 1. Human being 🙂 Actor, Poet, Podcast Host and now, I guess since qualified, a life coach! However, my ability isn’t defined by a title or acknowledgment or an award. So far, I am mostly known for my work as an actor in the Indian market more so, but I would like to expand this. I get frustrated by limitations and also stereotypes, so I am all about breaking people’s perceptions off what they think you are.

I most proud about the fact that till date, I am going after my goals full-heartedly.

What set’s me apart is I know that I am humble and that helping others doesn’t ever hamper my own success. So I choose to practice this everyday. We can all be kind, and to change the world, we all need to do our part. I’ve always wanted to prove people wrong somewhere, that being an actress just means your vain and obsessed with your own life. (Trust me some people think this!)

What moment in your career do you look back most fondly on?
It’s yet to come for sure. But it will! I have absolute faith in this.

However, the Disney show was definitely a whirlwind experience, it makes me proud thinking about everything that I got through to do that, at that time. 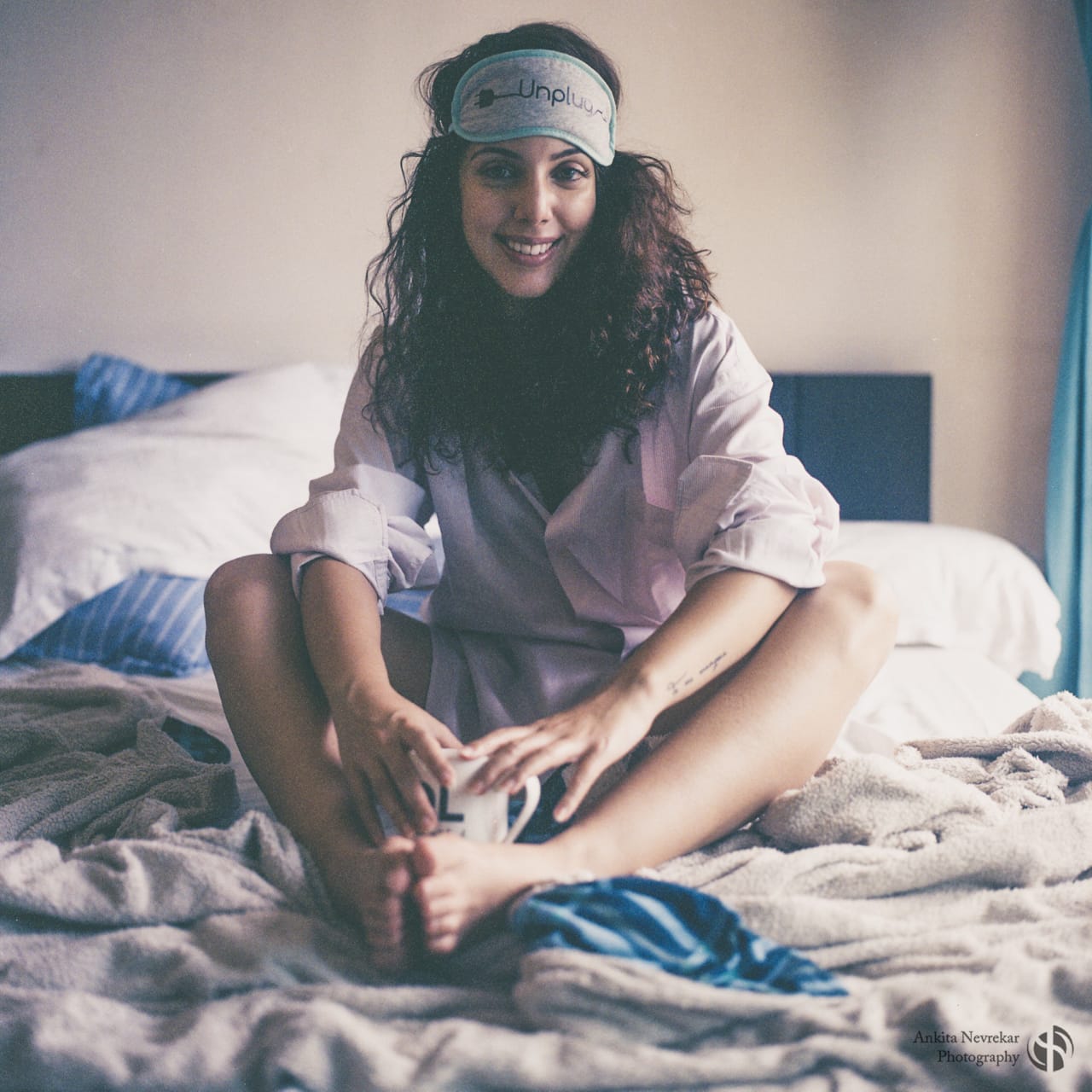 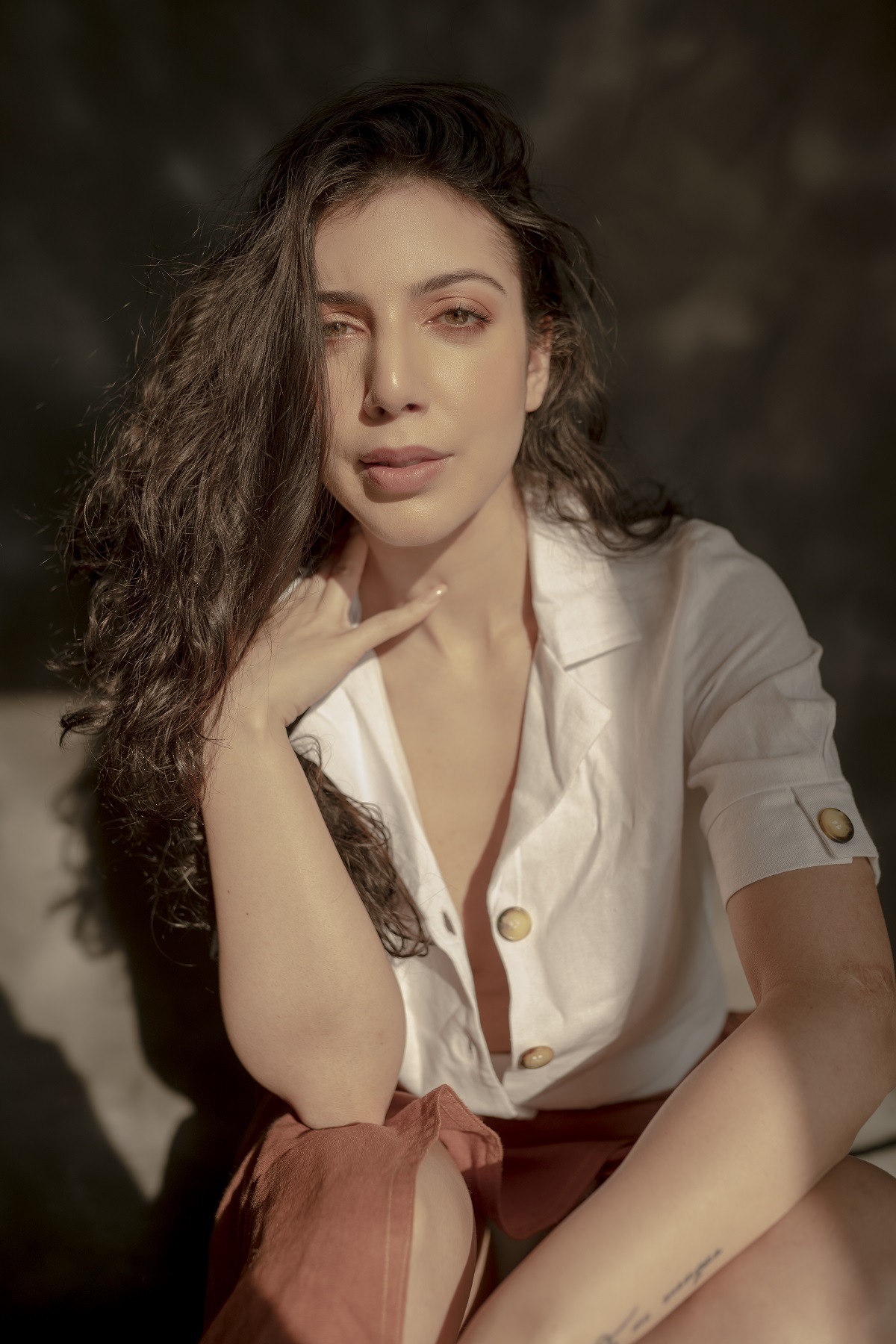 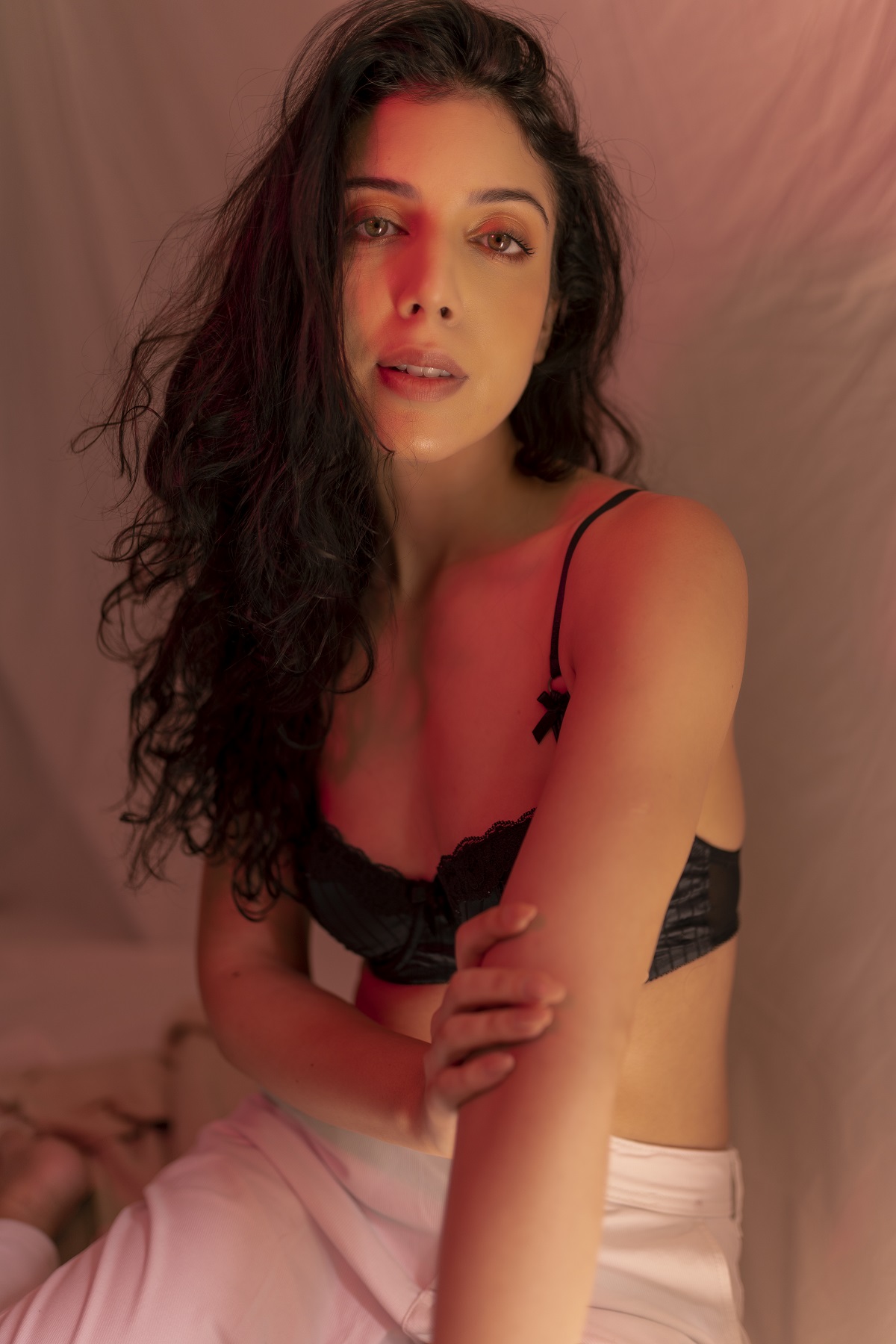 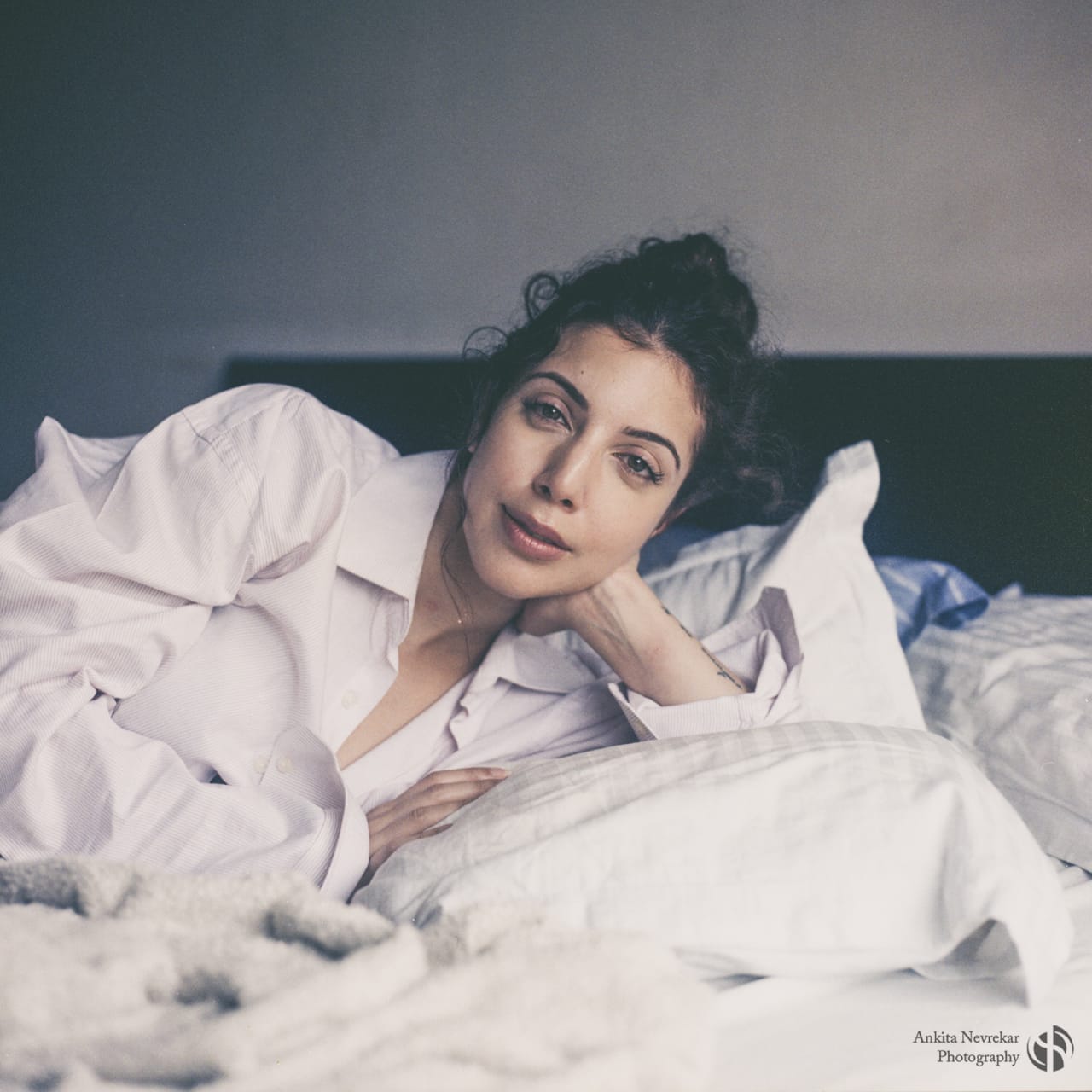