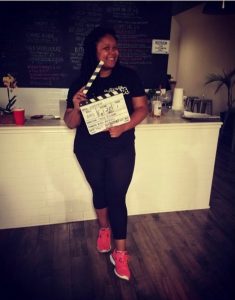 Today we’d like to introduce you to Tonja Stidhum.

Hi Tonja, so excited to have you with us today. What can you tell us about your story?
Ever since I was a child, I knew I wanted to be a writer in some form—whether that was writing short stories, poetry, novels, or articles. I’ve always been a huge fan of movies and television as it provided my favorite mode of escape. It wasn’t until I was in high school that I realized these same movies and TV shows that made me cry and laugh… was written by a professional. It was an actual job!

From there, I had my sights set on moving to LA. So, after working at my first full-time job out of college for almost eight years, I booked a one-way ticket on a whim (thanks to my late BFF who sent me a sale for the now-defunct Virgin Airlines) and never looked back. I call it my leap of faith. To get on my feet, I worked admin for another law firm in LA for about a year before I got the writing itch again. I knew I couldn’t go another eight years not doing what I came to LA to do. So after getting my first major byline (at Ebony Magazine), I took a “fling of faith” and quit my job to pursue freelance writing full-time. It was the absolute most challenging thing I’ve ever done in my life, financially. Hell, I’m still recovering from it, money-wise. But, I wouldn’t trade it for the world because now I can call myself a full-time writer—an Entertainment Writer at The Root. As I evolve in that role and navigate my new connections, I’m finding that it’s also helping my screenwriting career too.

Alright, so let’s dig a little deeper into the story – has it been an easy path overall and if not, what were the challenges you’ve had to overcome?
Freelancing full-time was probably my biggest struggle, especially living in a very expensive city such as LA. Chicago isn’t some backwoods town and is also a major city, but LA has it beat when it comes to cost of living. When I moved here, people told me that transplant usually have to go through the probationary period of surviving at least a year. If you can make it a year, you can make it. I’ve been here over five years and counting. Freelancing allowed me flexibility and the ability to land major bylines such as GQ Magazine, but let me tell you…waiting for invoices to be paid is not fun at all. My credit dipped to the worst it has ever been and it’s taken intentional moves to raise it again. I’m STILL working on getting it to as excellent as it was prior. I definitely learned a lot because the budgeting and time management will be key as I move up this Hollywood ladder.

Thanks for sharing that. So, maybe next you can tell us a bit more about your work?
I am a writer-director-producer…a triple hyphenate! My primary focus is comedy writing and it’s what I’m known for. What I’m most proud of is my upcoming webseries, WingChick, which I created out of pain and frustration. I’ve learned that comedy is typically borne out of tragedy so it makes sense. With the right amount of perspective and hindsight, I’m able to laugh at my dating and situationship conundrums. What sets me apart from others is my style of writing. Dr. Seuss said it best—and I’m paraphrasing here—no one is youer than you. Basically, two people can tell the same exact story, but the way they tell it is going to be different. Stories are a dime-a-dozen. Execution is key.

After raising funds on Indiegogo to shoot the first two episodes, WingChick placed in a few festivals and I’m now in talks with a potential producer/investor for distribution. Stay tuned for that! In the meantime, we’re always raising funds for the series to keep it going, so I’m selling merch such as t-shirts, masks, hoodies, crewnecks and more. The link to purchase is included in the list of links below. You can cop one now so you can say you “been on” before the series blows up!

Let’s talk about our city – what do you love? What do you not love?
What I love best about the city is the ample sun! I was born and raised in an American city with winters that can go toe-to-toe with Canada and I do not miss winter! People asked me if I would miss it and it’s still an emphatic NO. HAHA! Besides, if I miss snow so badly, the beauty of California is it’s such a huge state where you can experience every season… if I want snow, I can go north. What I like least about this city is the pizza hahaha, sorry the Chicagoan came way out. And no, we don’t only eat deep dish in Chicago. Square tavern slices, all the way! However, I found a place that’s pretty close to what I’m used to thanks to the Chicago migration to LA. Shout-out to Fresh Brothers…it’s delicious! 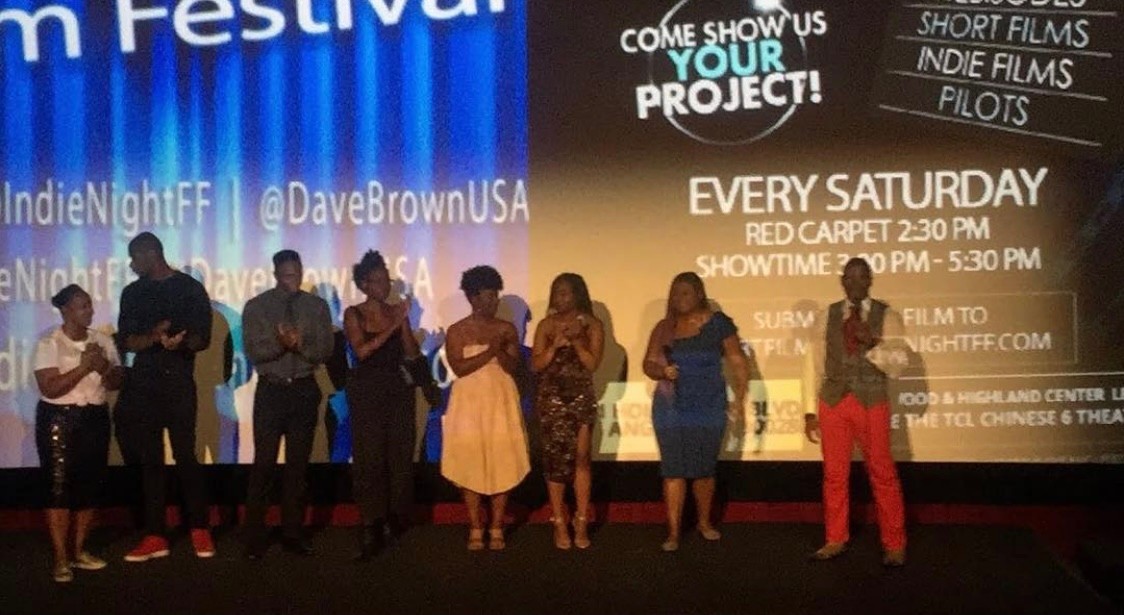 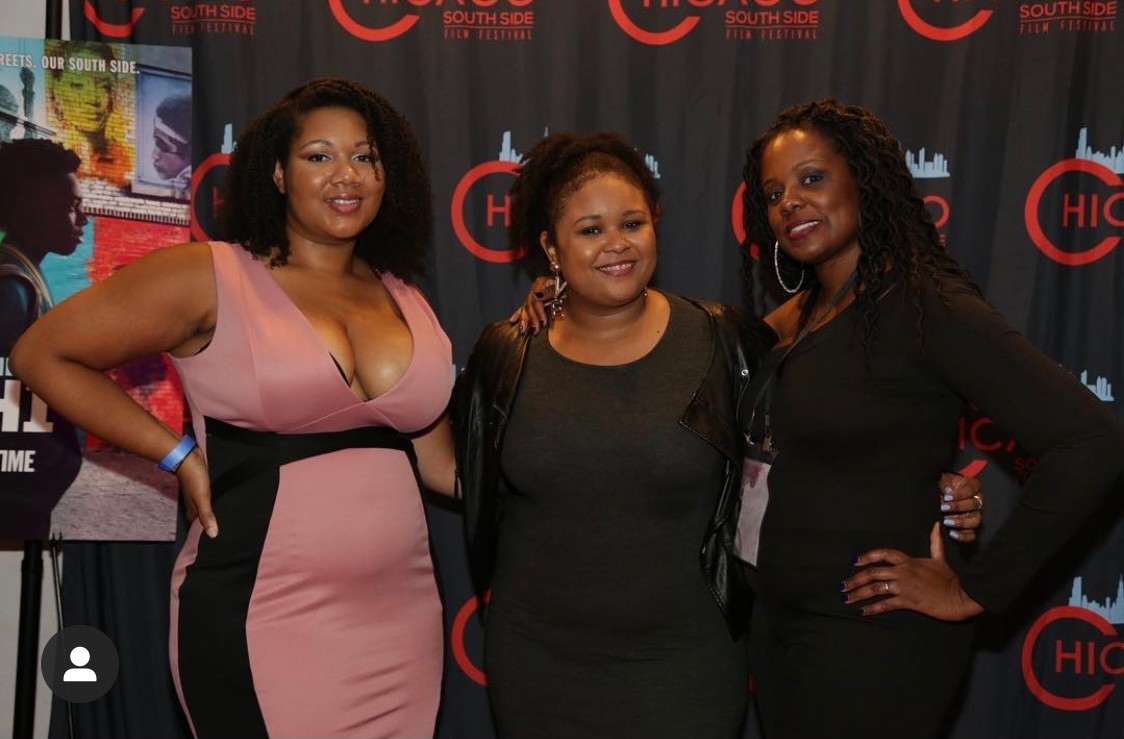 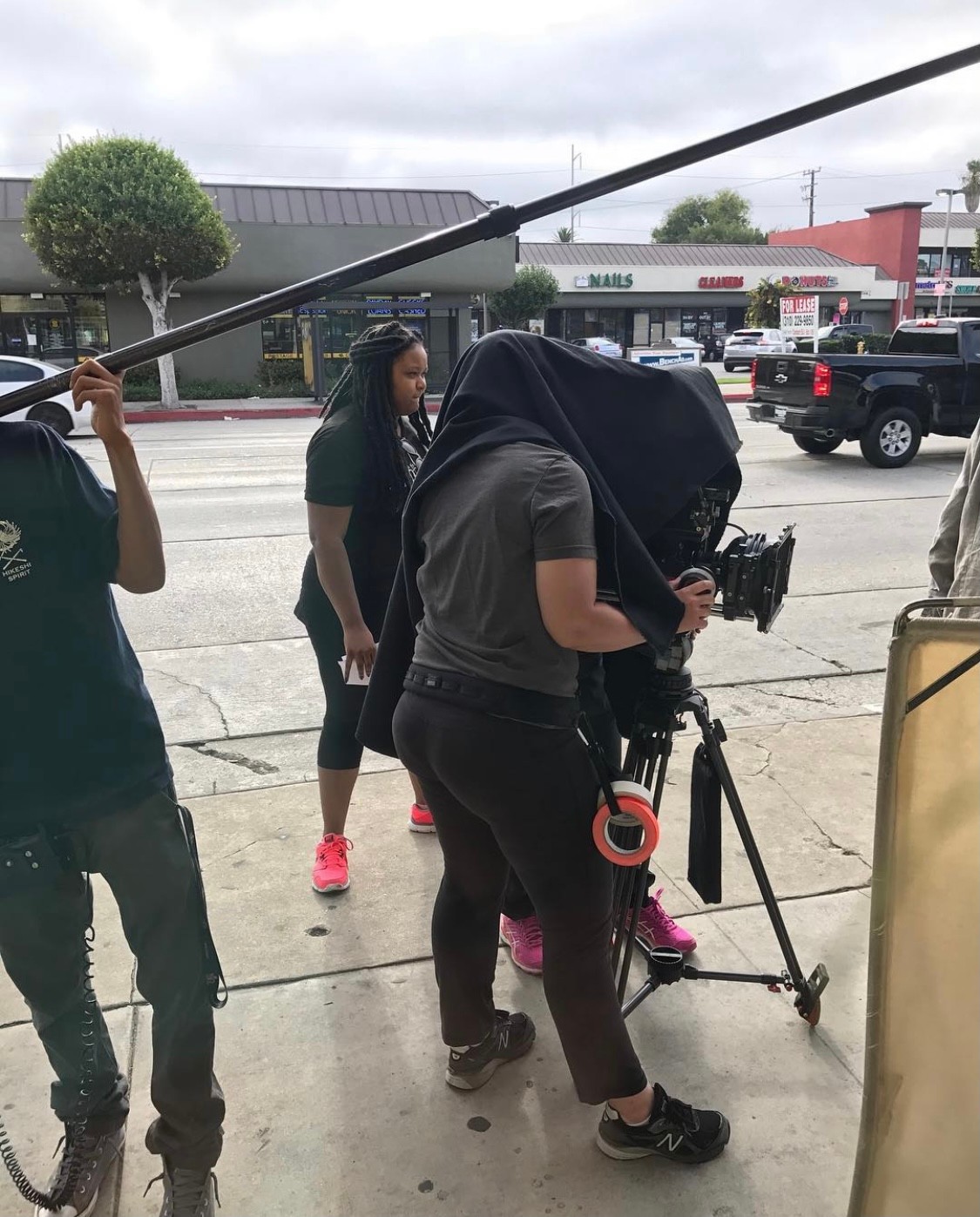 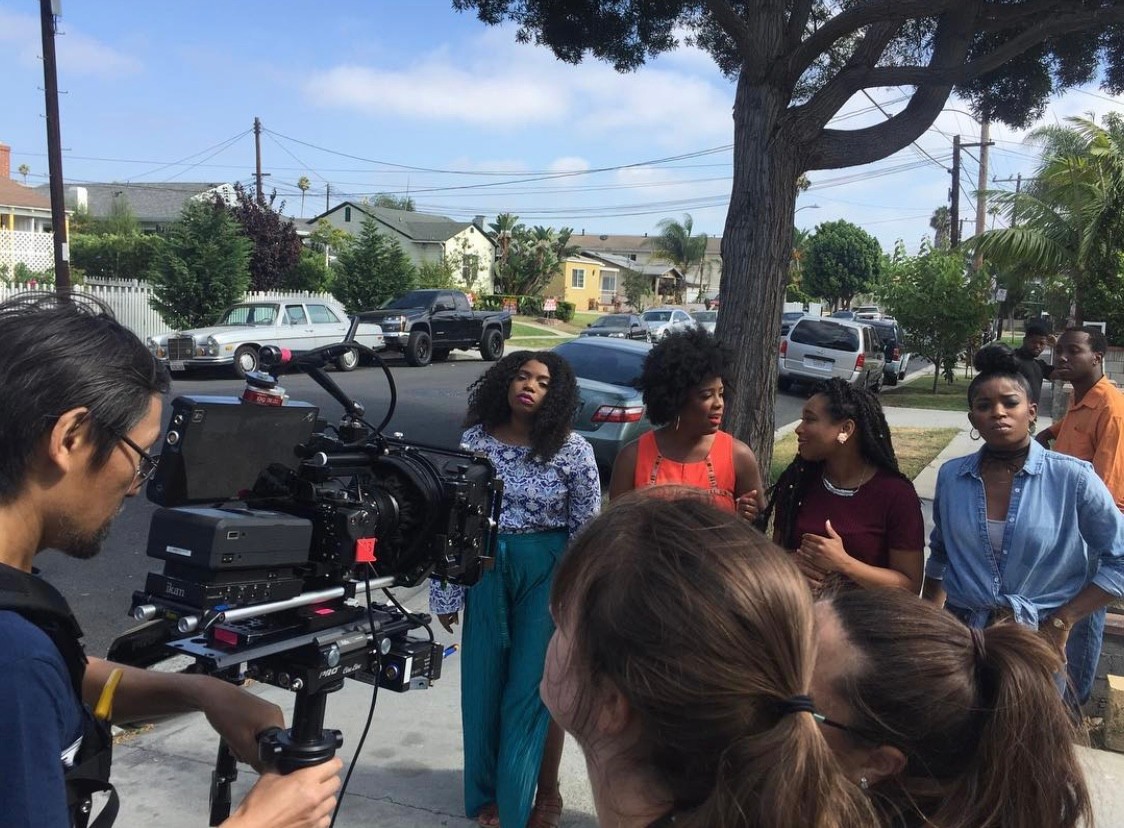 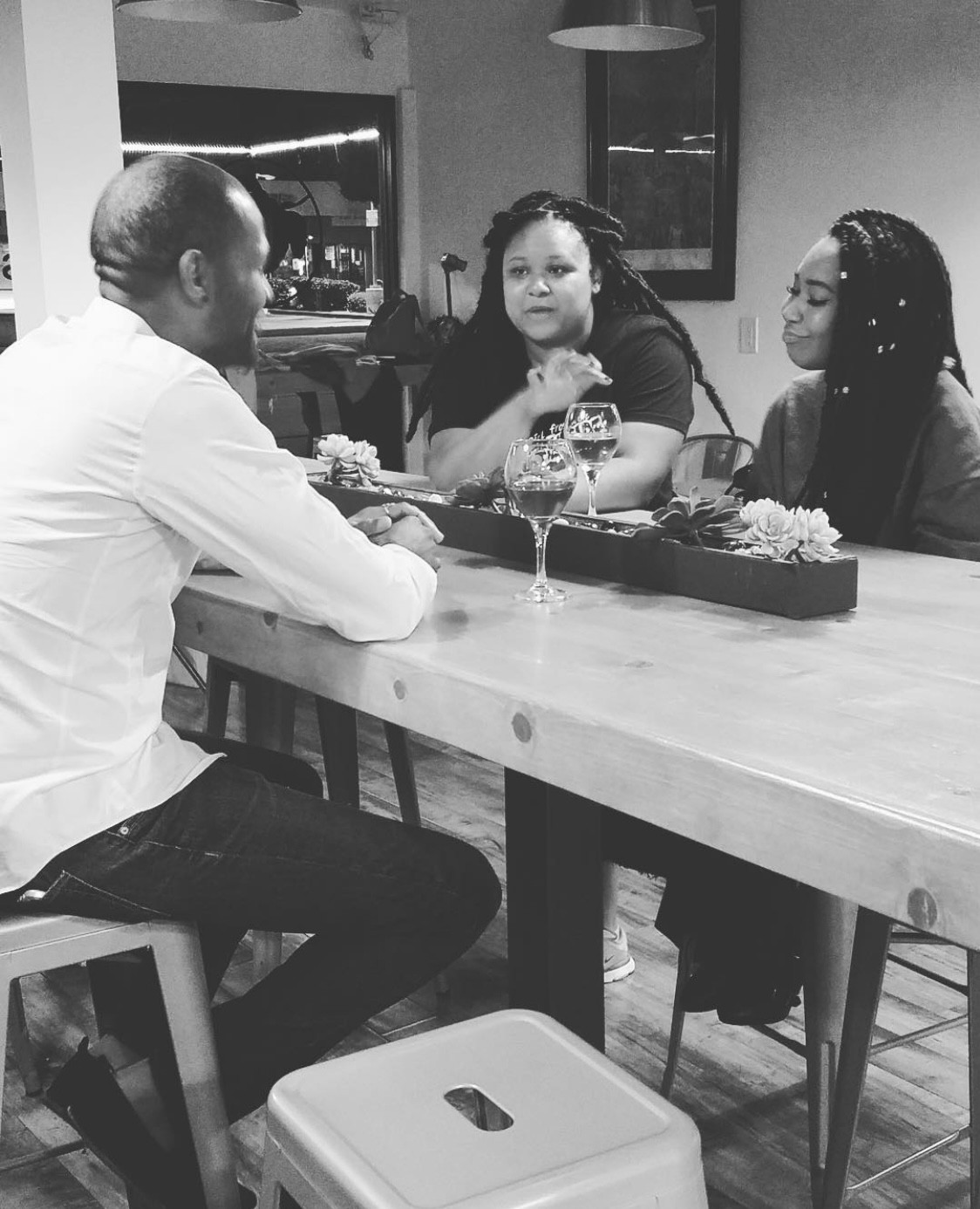 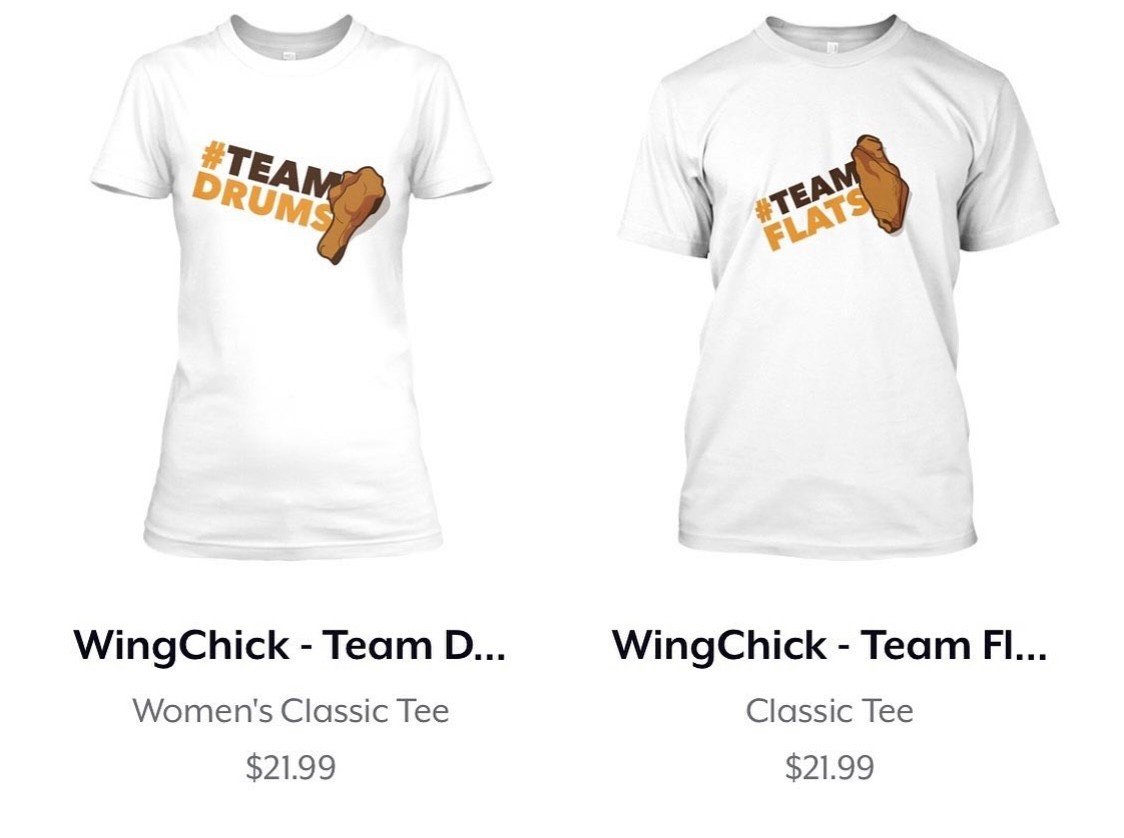