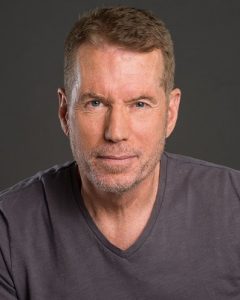 Today we’d like to introduce you to Brent Huff.

Brent, we appreciate you taking the time to share your story with us today. Where does your story begin?
I grew up wanting to be an actor. I was a theater major at the University of Missouri. After my Junior year in college, I decided to head to Hollywood to begin my career as an actor.

My first year in Hollywood, I was approached by two women who asked me if I was interested in modeling. I told them I really wasn’t because I was studying acting. The two women were famed modeling agents Eileen Ford and Nina Blanchard. They asked me to come to Nina’s office the next day for an audition. I actually booked the job and made $400 for a half day. At the time, I was the night manager at the Huntley House Hotel in Santa Monica and was making $250 per week and struggling to make a living. Well…that’s how my modeling career began. I moved to New York after speaking with Joey Hunter, who was the head of Ford’s Men’s division. Not long after living in New York, I was asked to move to Milan to work with designers Georgio Armani and Gianni Versace.

It was during this time that I was cast as the male lead in the cult French film, The Peril’s of Gwendoline. Tawny Kitean and I filmed for three months in Paris, the South of France, the Philippines and Morocco. After the film was wrapped, I decided to quit modeling and concentrate on acting.

I was fortunate enough to work on numerous independent action films all over the world throughout the 80’s and 90’s. Although I enjoyed the travel and the opportunity, I was looking for better scripts. I decided to write my own play titled, Actors and Other Animals, which debut at the Tamarind Theater in Los Angeles. Shortly after the play, I wrote, acted and directed my first feature film, We The People, with the help of my friend James Brolin. It was a great experience and changed my career.

Although I enjoyed acting, during the first part of the 2000’s I concentrated on writing and directing. It’s been a great ride. I have now directed 20 films, including two that had premieres this month. The two films are A Genie’s Tail with Youtube star Jake Paul and the women’s basketball documentary, The Jackie Stiles Story. Jackie Stiles is an undersized girl from a tiny Kansas town to became the All-Time NCAA scoring champion and WNBA Rookie-of-the-Year.

Even while working as a writer and director, I continued to get acting roles in shows like Mad Men, The West Wing, NCIS, etc. I played John Mellencamp’s brother in the film, Falling From Grace. A short time ago, I was asked to do a 3 episode arc on the show Shameless, which I really enjoyed because I am a huge William H. Macy fan.

For the last four seasons, I have had the recurring role of Smitty on the ABC show, The Rookie. Filming The Rookie has been one of the highlights of my career. The writers of the show give Smitty some hilarious material to work with. It’s also a pretty cool thing to get to work with Nathan Fillion and the rest of the stellar cast. I am glad to announce that The Rookie just got picked up for season 5.

I’m sure you wouldn’t say it’s been obstacle free, but so far would you say the journey have been a fairly smooth road?
There have been many struggles throughout my career. You can’t imagine how many times I have heard the word NO. What has kept me going for all these years is that I really love what I do. Being on a set or the stage is still as thrilling as it’s ever been. Storytelling has been my calling. You have to be a warrior to stay in this business. To be successful, you have to want it on another level.

The fact that no one can possibly talk you out of being an actor, writer or director should be the minimum requirement.

Appreciate you sharing that. What else should we know about what you do?
I think what sets me apart in the entertainment business is my unwavering drive and determination… I am extremely disciplined and make it a point to out-work everyone. I knew when I first came to Hollywood that I wasn’t the most talented but I did know that I would put in the work that others might not.

The fact that I act, write, direct, teach and do voice-overs allows me to work and make money in different areas of the business.

These days most people know me from the ABC show, The Rookie. I get stopped quite often from people who watch the show and enjoy Smitty, the character I play. I give the writers on the show full credit for this. I just try not to screw up the fun material they give me.

I am also known for my documentary film, Chasing Beauty, which is an insider’s look at the modeling world. Chasing Beauty was the number one documentary and independent film on iTunes for three straight weeks.

We’d love to hear about any fond memories you have from when you were growing up?
Hmmmm. Too many to count. I grew up in Springfield, Missouri and I am still close to many of my childhood friends. I love the Ozarks. Fun fact, Brad Pitt and I both went to Kickapoo High School and are member of the Kickapoo Theatre Hall-of-Fame. I was also the co-caption of the Kickapoo basketball team. 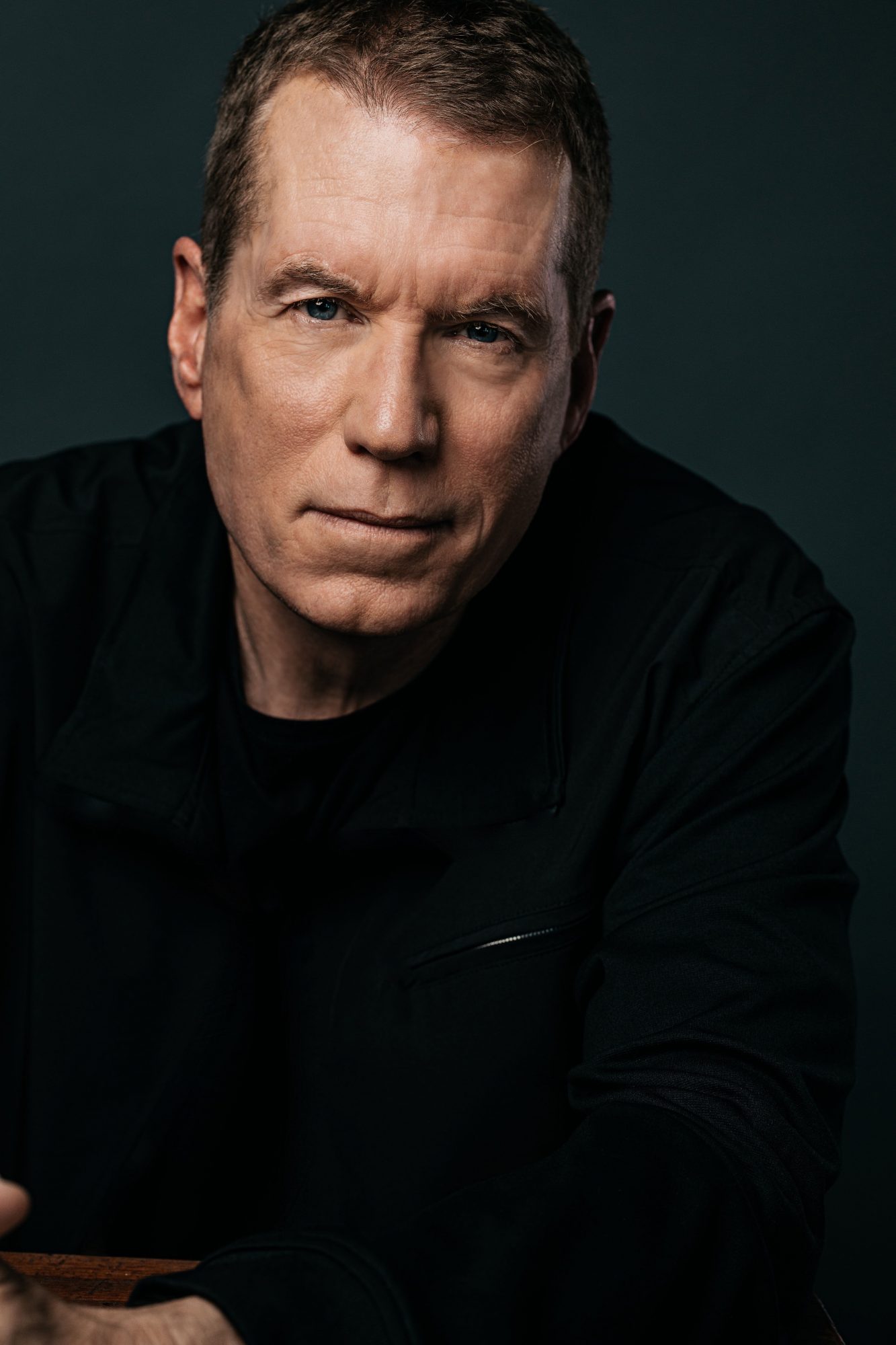 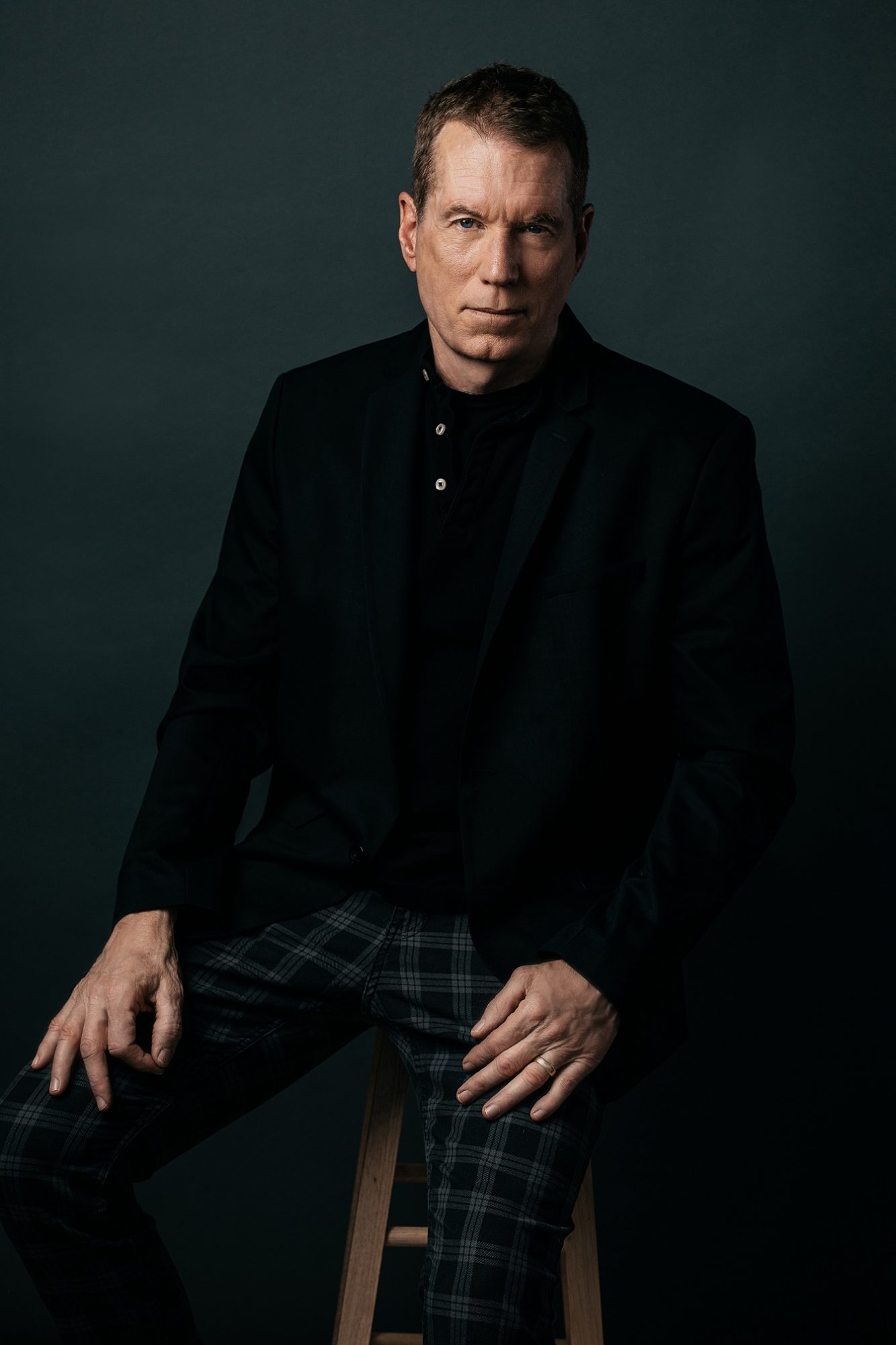 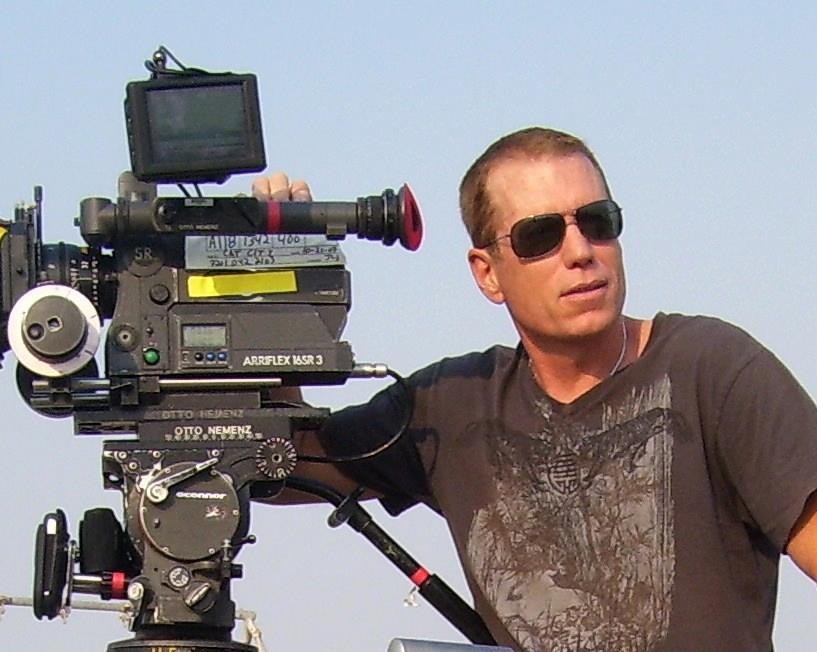 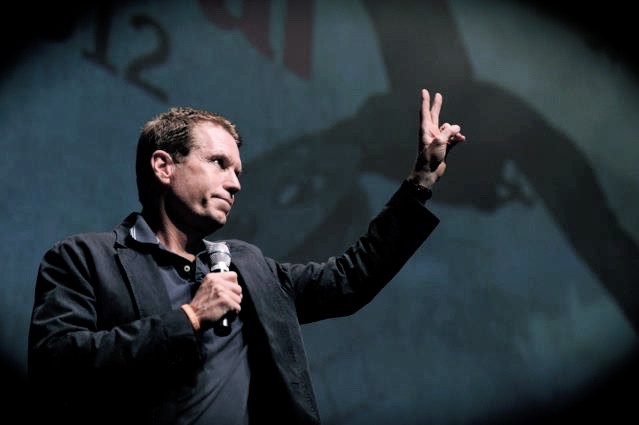 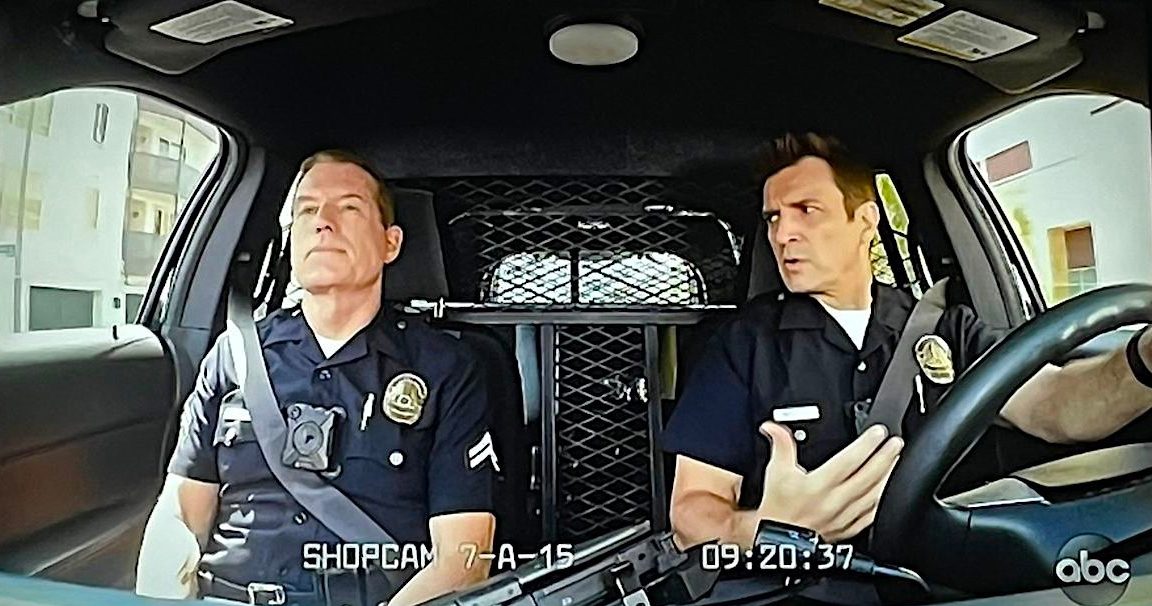 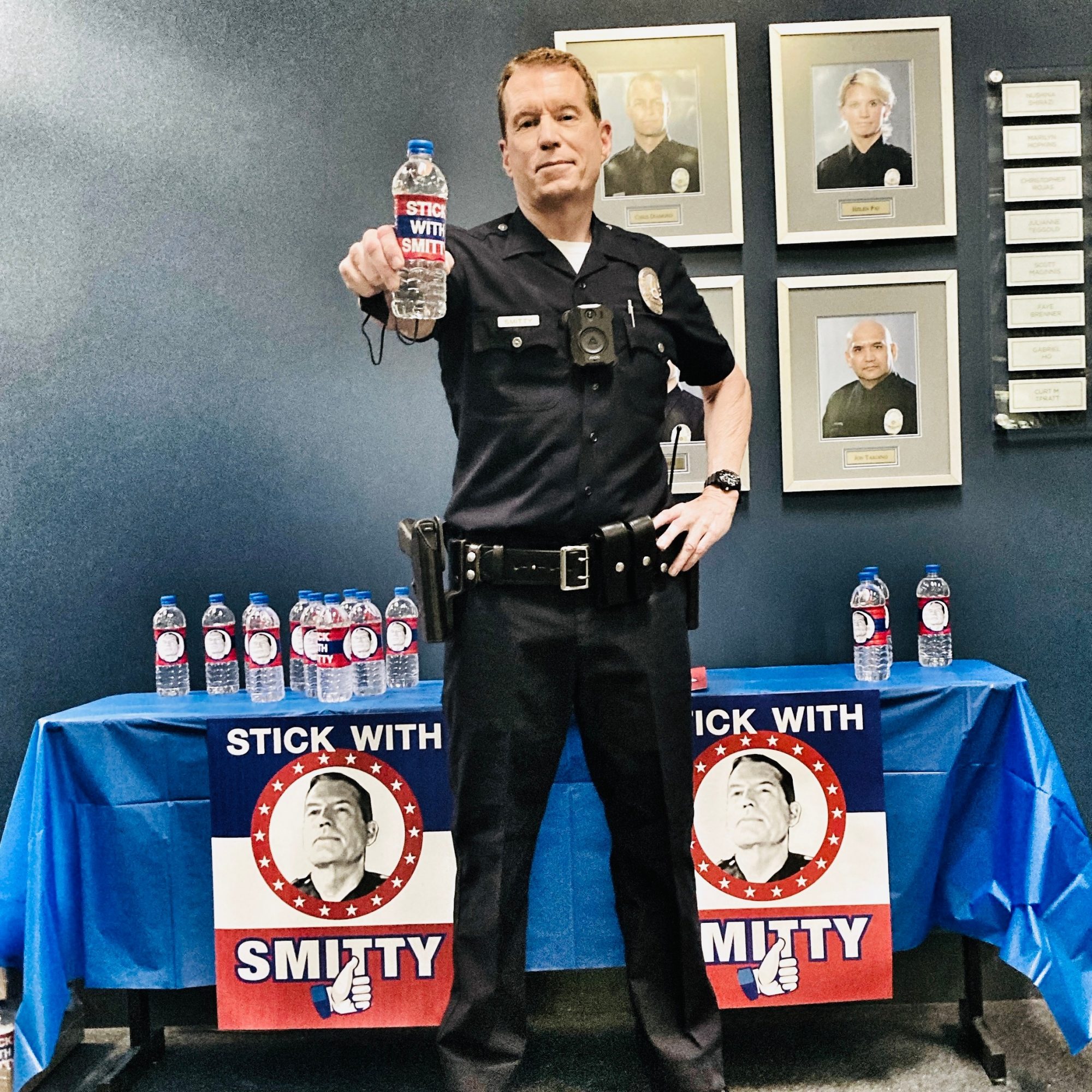