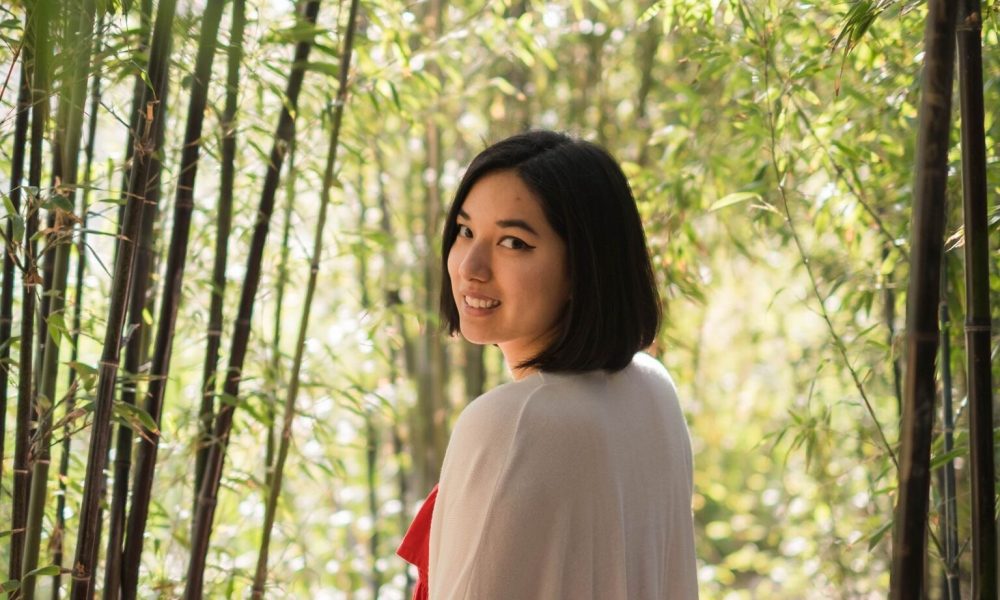 Today we’d like to introduce you to Sasha Ishikawa.

Hi Sasha, so excited to have you on the platform. So before we get into questions about your work-life, maybe you can bring our readers up to speed on your story and how you got to where you are today?
I am a half Japanese and half Mexican Artist. I was born in Anaheim California but moved to Japan when I was three years old. Japanese is my first language, but my communication skill was not my forte when I moved back to the U.S. six years later. I had a hard time learning English, but once I started to draw at a young age, I realized art allowed me to express ideas and connect with others despite any language barriers. I drew many cartoon characters such as Mickey Mouse and Totoro; people instantly knew who and what they were. As I got older, I started to realize how art is a universal language that can bring people together. Out of the variety of arts that I’ve pursued; drawing, music, and dance; I found myself most passionate about drawing. I love drawing with different media; from sketching, inking, watercolor, digital, oil, and acrylic drawing.

Watching Disney and Anime have inspired me to pursue my dream in animation. After living in Hawaii for about eight years, I finally took a big step and moved to California. During my time as a sketch artist at Disney California Adventure, my job was to demonstrate the process of traditional animation and drawing Disney characters for guests to purchase. Though this was one of the best part-time jobs that I had, the best part of my job was being able to share one-on-one connections with guests and encourage young artists to follow their dreams. My dream job is to become an animator and work in a company that creates amazing animated films and television shows. I want to connect with people around the world through art.

I’m sure you wouldn’t say it’s been obstacle free, but so far would you say the journey have been a fairly smooth road?
There were some struggles during this journey. At first, I wanted to be an art teacher. As my life in Hawaii went on, the more I realized I wanted to do more than just teach. Cartoons and anime were one thing that I still watched since I was a kid. That’s what I wanted to do. The only thing that kept me from changing my career was the thought of not succeeding. Knowing that it would be a competitive field, I was scared that my artistic skill was not enough for me to make it. Especially when there are people constantly telling you that “you can’t make money with art”. Once I talked to my art professor, he immediately told me to go for it. Realizing that though it is scary to do something new without knowing the result, it’s better to fail knowing that you tried, then doing nothing about it and then regretting it when you get older.

Another struggle I had was my auditions at Disney. I had auditioned for a parade performer, dancer for a musical, and artist for The Animation Academy but I kept getting cut off at the last round. After many failed attempts, I started to think that I wasn’t good enough for the role. My mental health couldn’t take any more rejections at that point, so I decided to work for merchandise at the park. After five years of working part-time while attending school, I met the artist at a store called “Off the Page”. I had a great opportunity and talked to them during my shifts and they gave me some advice for the sketch artist position. I finally got the courage to audition for this role and finally got the position in 2018. I was beyond excited to be accepted as an artist and glad that I took the risk to move back to California.

Thanks for sharing that. So, maybe next you can tell us a bit more about your work?
I am a 2020 graduate from California State University, Fullerton with a Bachelor’s degree in Entertainment Art/Animation with a concentration in Character Design, Storyboard, and 2D Animation. Since I graduated, I have worked as a lead animator for a short film and illustration commissions for customers. One of my greatest accomplishments as an artist is creating an original character that represents my ethnicities. Although there are many characters that have different cultural backgrounds now, there aren’t many characters I can relate to. I love both my culture and how beautiful they are in their own unique way, but finding a character that has the same or similar background is hard for me to find. Once I got an idea to create a character that represents both my Japanese and Mexican heritages, I fell in love with my character and her name is Katrina.

Is there a quality that you most attribute to your success?
Determination and Dedication No matter how long it may seem to take, I didn’t lose sight of my goal. And even I needed to take a step back and give myself a break, I still explore other avenues of my particular craft. That way, even if I’m not doing my main skill set, I am boarding up myself to other experiences. 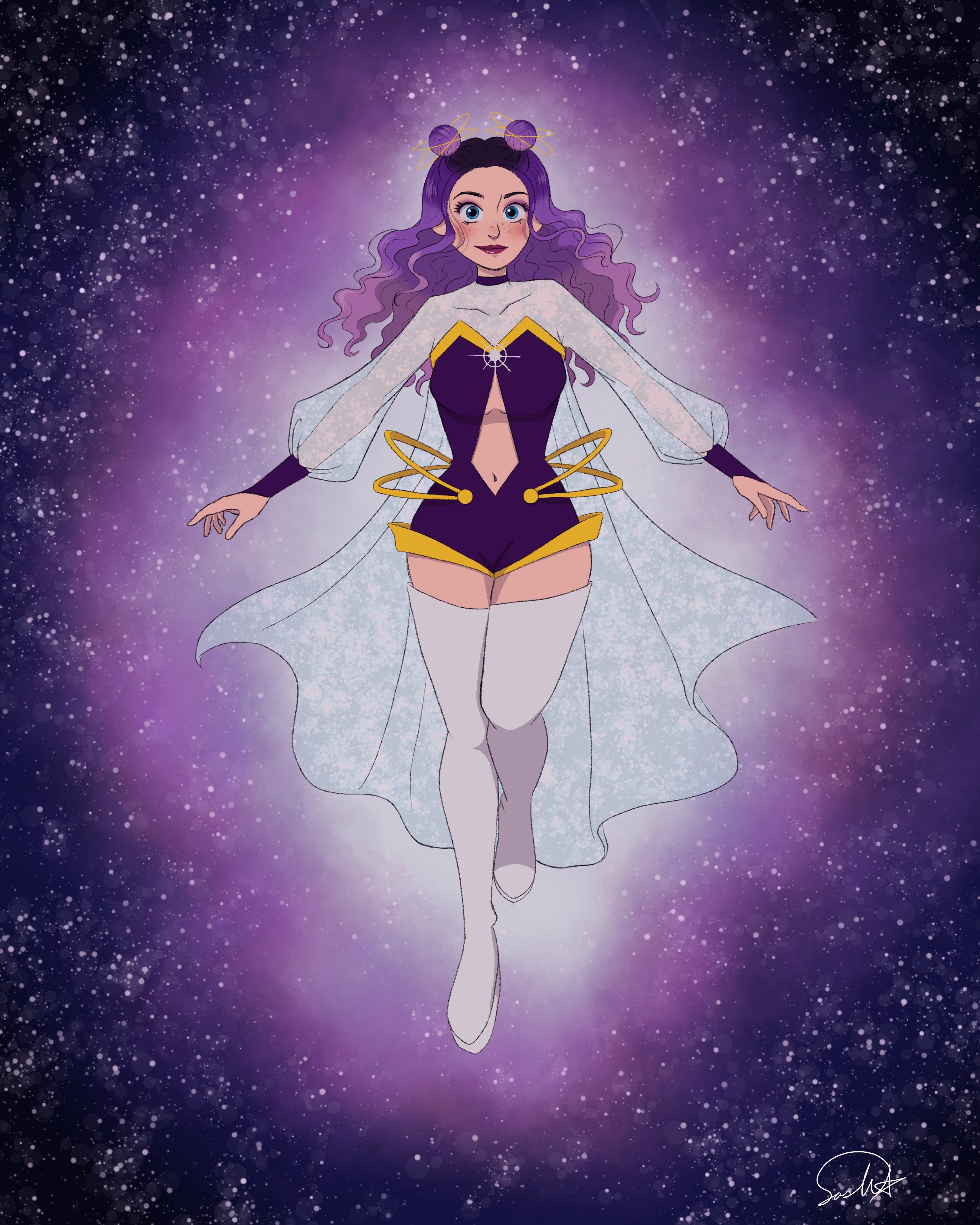 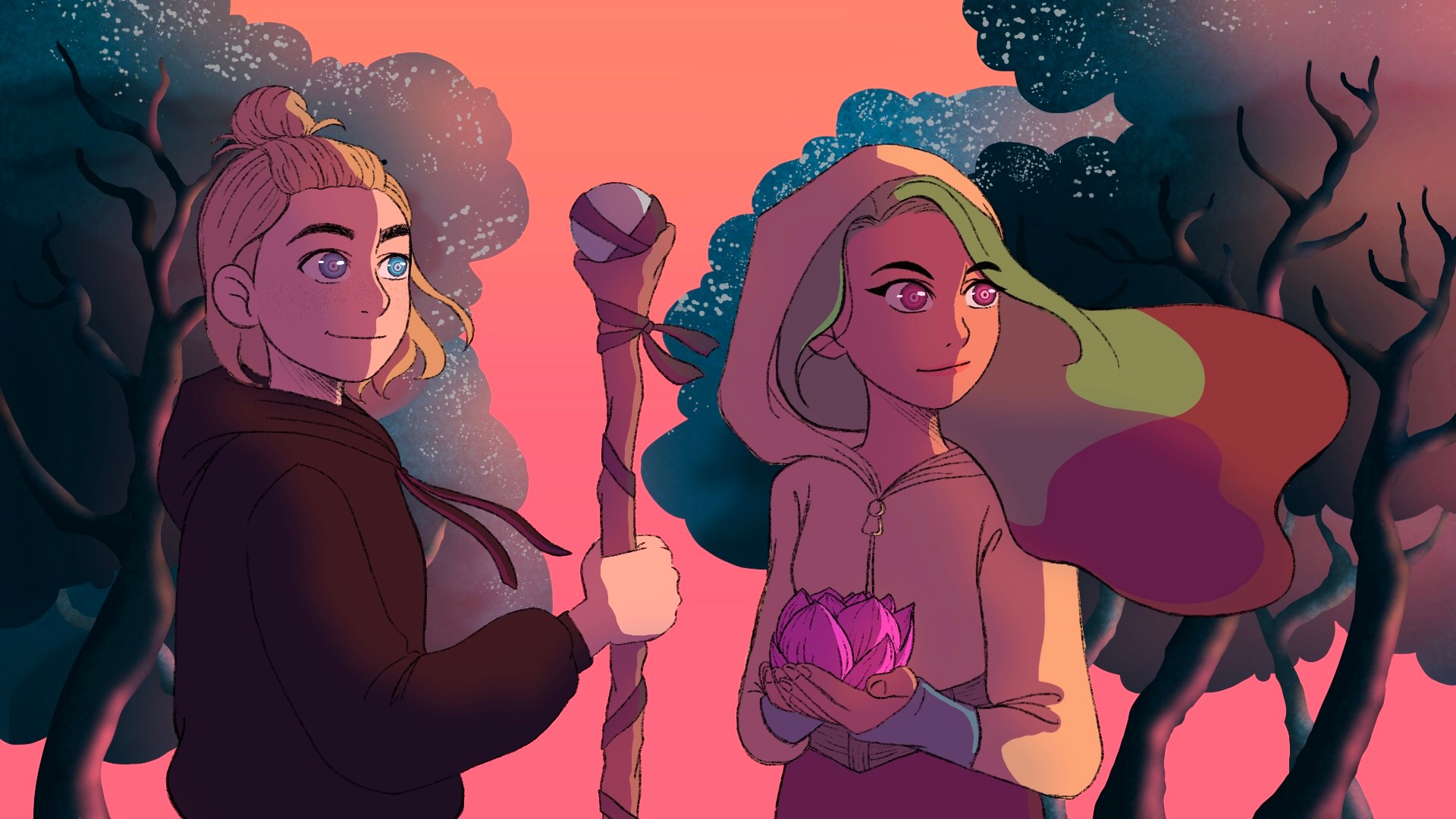 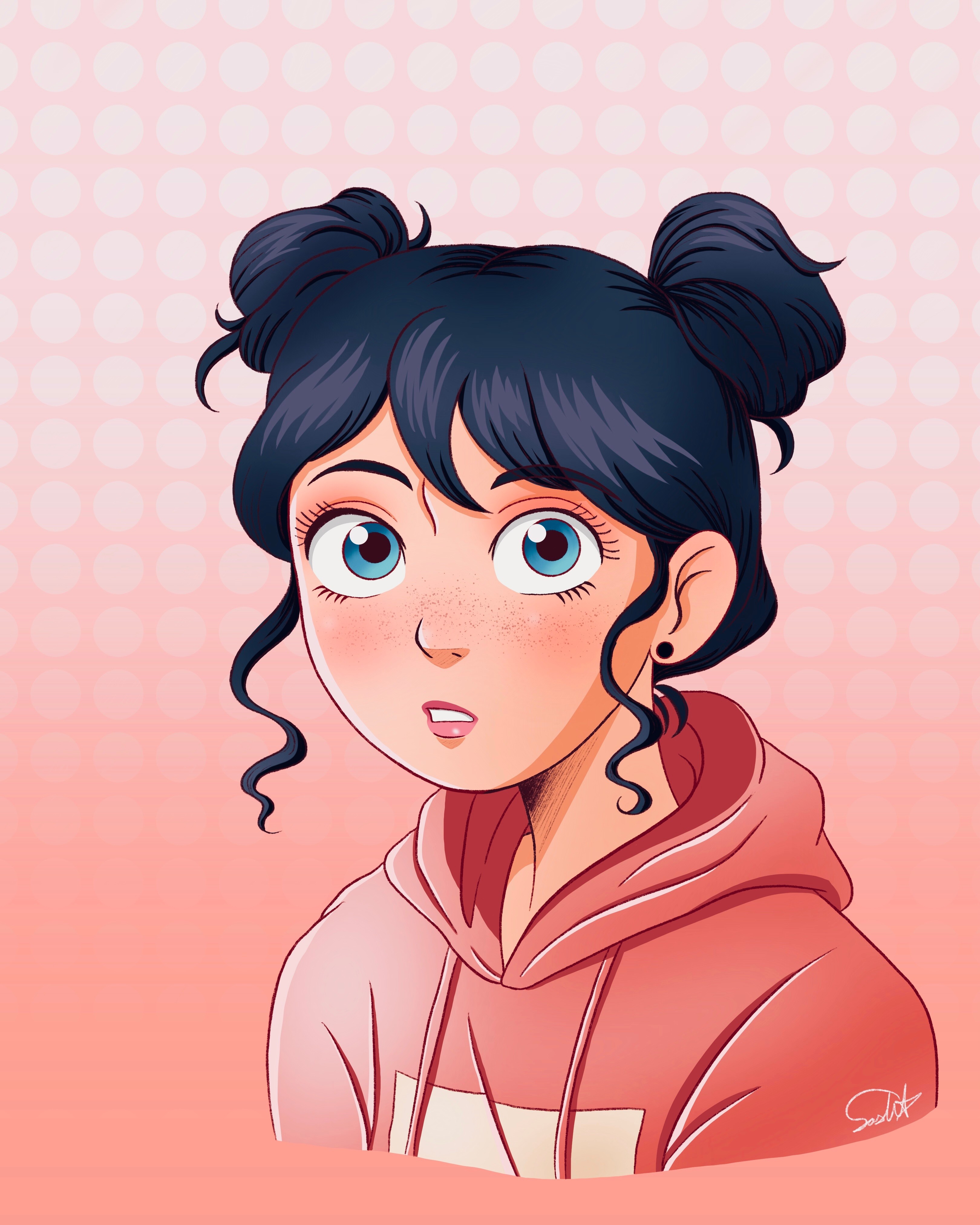 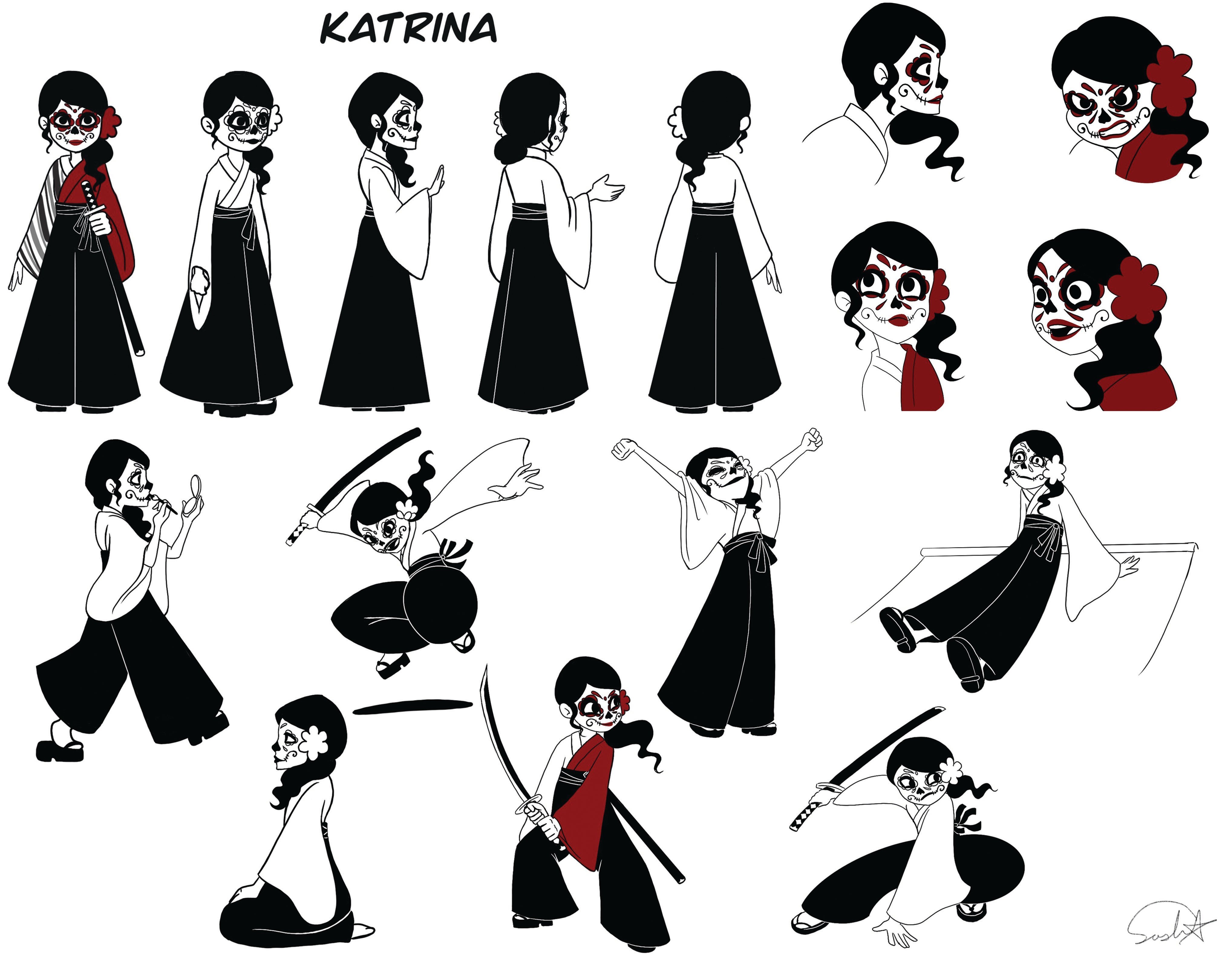 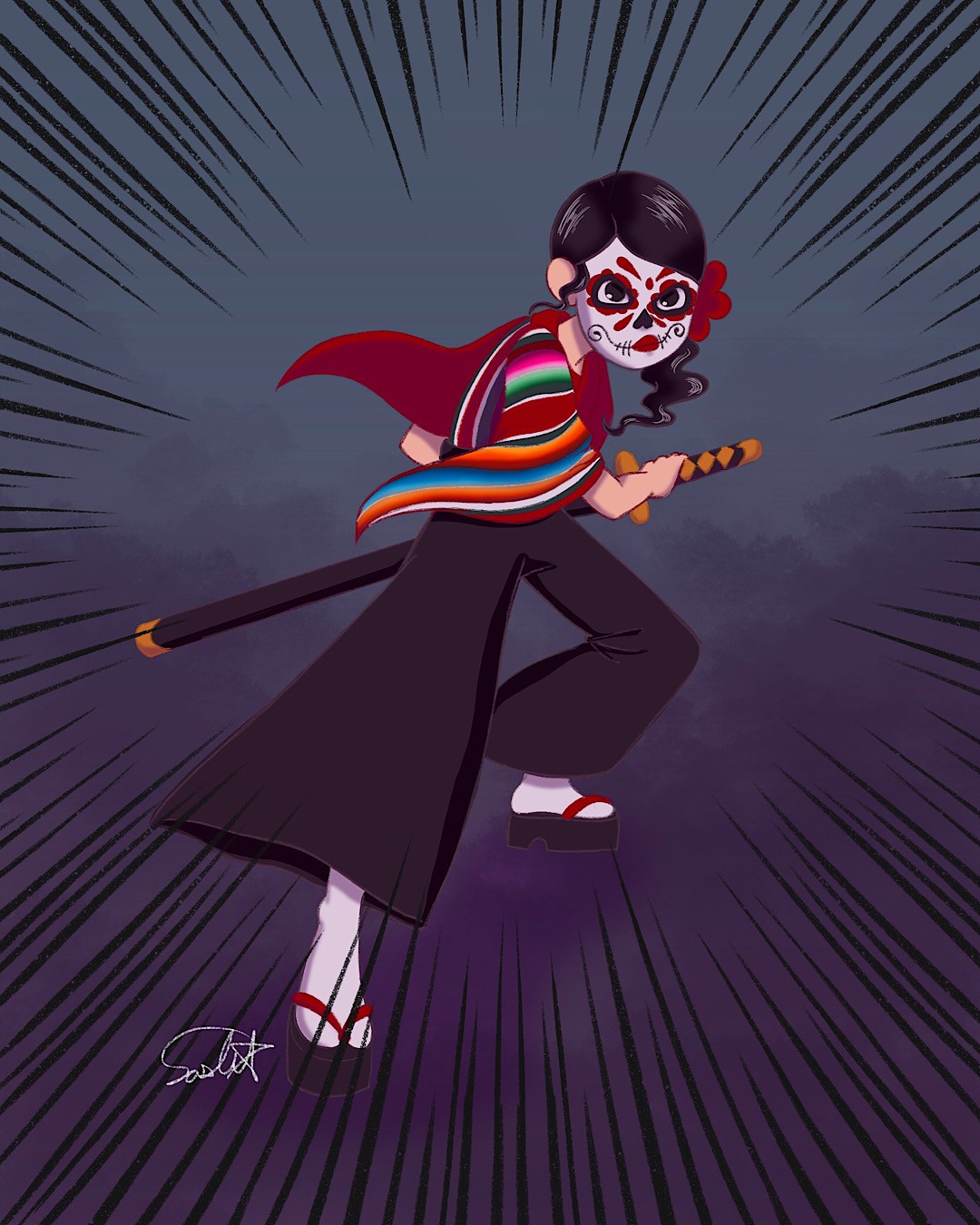 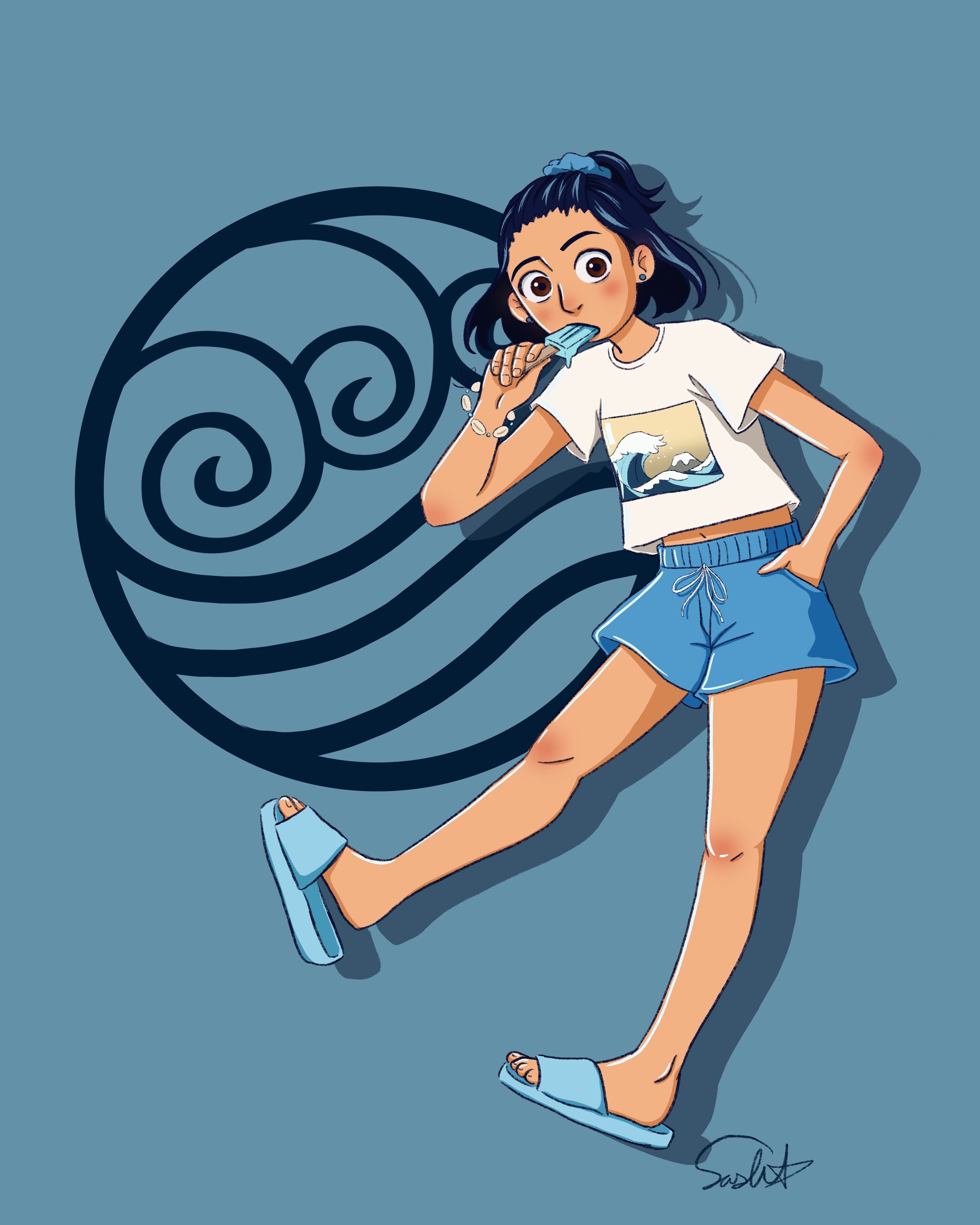