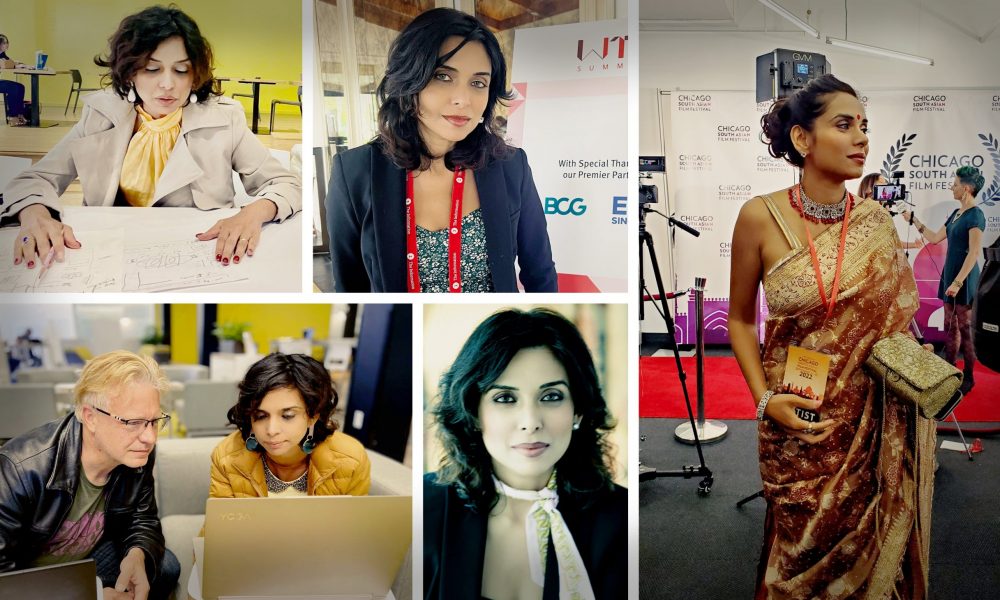 The heart of our mission at VoyageLA is to find the amazing souls that breathe life into our city. In the recent weeks we’ve had the privilege to connect with some of South Bay’s finest artists, creatives, entrepreneurs and rebel rousers and we can’t begin to express how impressed we are with our city’s incredibly deep talent pool.  Check out the area’s rising stars below. 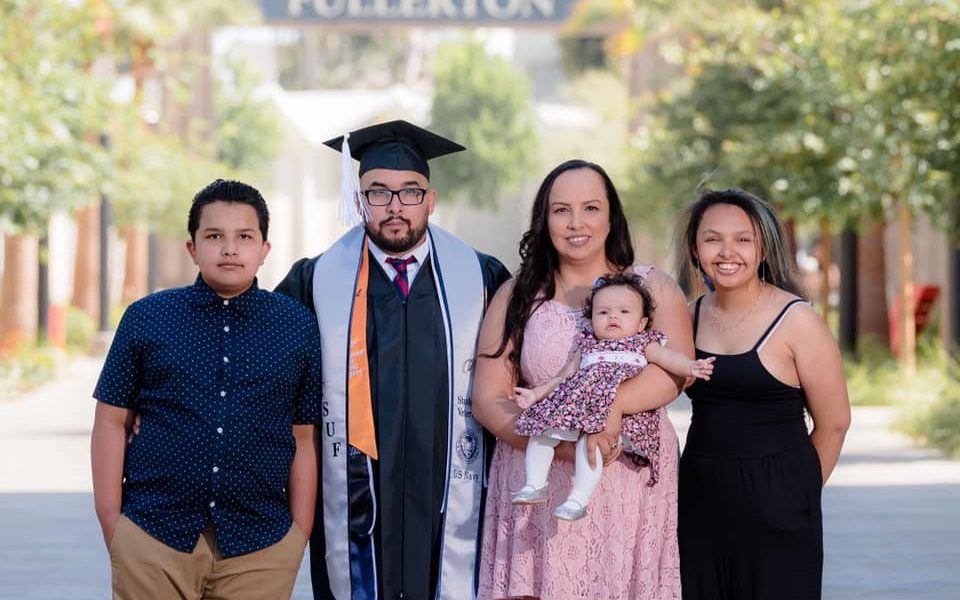 I was born into instability. My mother was schizophrenic, and my dad was an alcoholic. I felt insufficient in my upbringing and was never good enough for my dad. I always live a life of uncertainty. It was unique to have my parents yet feel like I was parentless. My parents provided the basic needs to survive, and that was the extent. I never felt loved. This left me riddled with insecurity. So much so that I wanted to escape. Living in Arizona, I chose the U.S. Navy as my way out. Knowing the ocean was the farthest place from the desert. I loved my time in the Navy. Read more>> 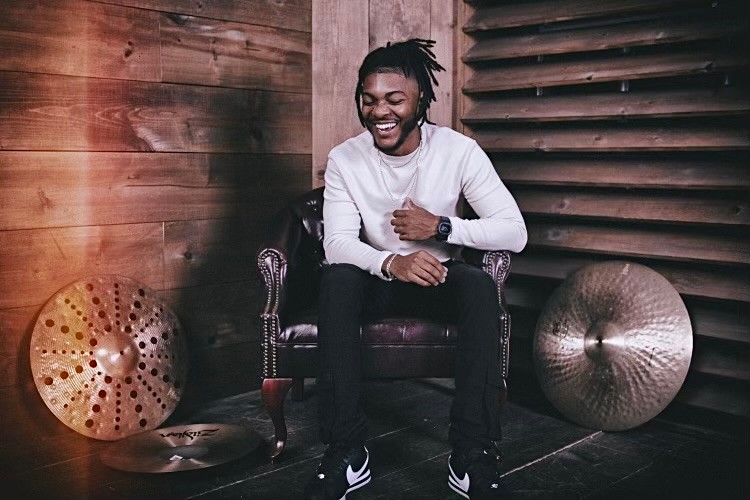 Growing up, I was a pots and pans kid. I have memories of trying to piece household items together to play on with chopsticks or cooking spoons. My early musical history involved playing in a hand-bell choir in my elementary school and also picking up the guitar for a few years. While in high school, I connected back to percussion as a member of the drum line. That was my lane for most of that time period until my senior year when the school jazz band needed a drummer. The band leader wanted me to get onboard, but at the time, playing drum set seemed like a whole different world. To convince me, he offered to loan me a drum set to take home for the rest of the school year and also give me lessons when he can. Read more>> 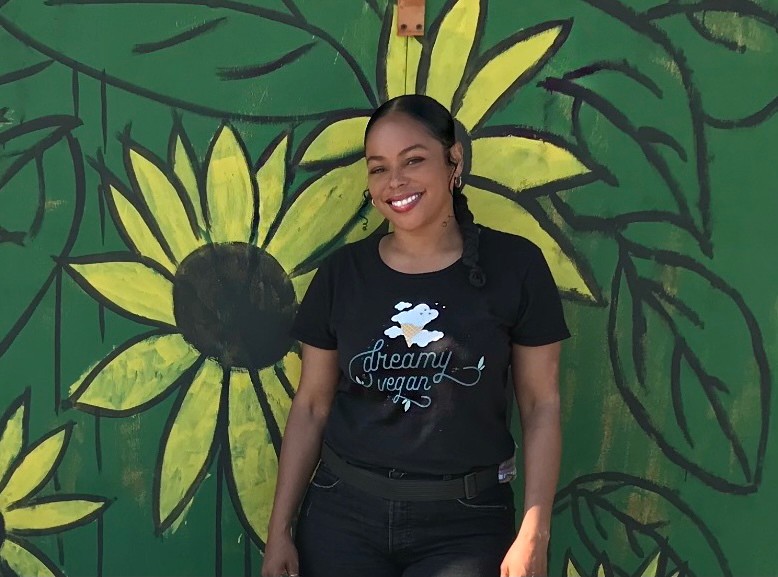 Dreamy Vegan was created as a homage to my great-grandmother, Meme. Meme was a motivating inspiration who poured a lot of love into her family and food. You would often find her out in the garden cultivating fresh foods, cooking in the house, or out in her church community making an impact. Another fortifying attribute she honed was making ice cream from scratch especially during the holidays. Between her, my great-grandfather as well as my great-uncles, they were all overseeing the garage where the ice cream machine was in use.  Read more>> 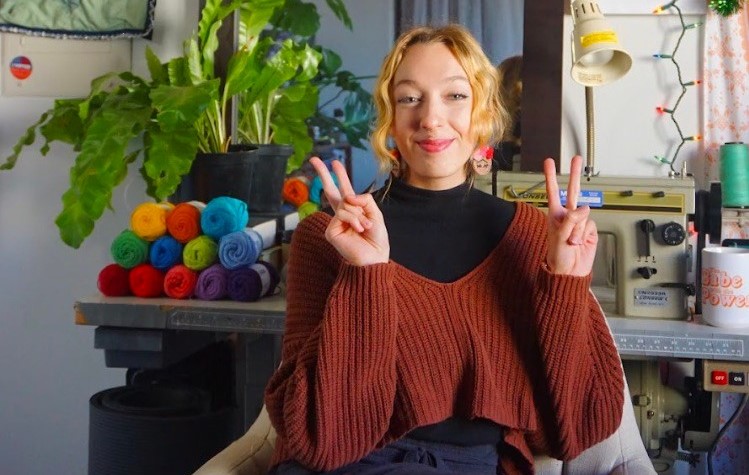 My grandmother taught me to crochet when I was really young, but I started making micro crochet jewelry in 2020. I had just moved from a small town in Oregon to Long Beach with the intention of being a ceramic major. CSULB has the best ceramics facilities in the states, so I felt really drawn to come here, and what a better place to become an artist than LA? What I was doing with ceramics was really similar to what themes I follow now with nature. I had a wonderful art teacher in high school (shout out to Ms. Tuttle) who really encouraged me to get into earthen clay and pushed me to get out in the world to do more with it.  Read more>> 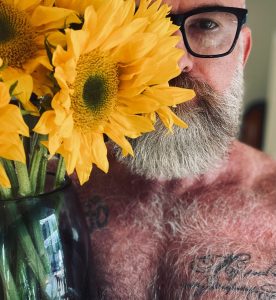 Years ago, I dreamt that I could make things move with energy flowing through my hands. I had a number of these dreams—I would raise my hands in front of me and objects would magically move by my own volition. I distinctly remember a chair floating in the air above technicolor green grass in the side yard of the house I grew up in, my arms outstretched and my hands held before me, a walnut tree reaching high above. Obviously, I was being shown something. We get messages all the time through dreams and coincidences. Read more>> 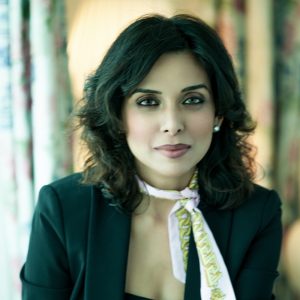 My journey as a storyteller perhaps began in 1990. I was 14 and vacationing in India when the Gulf War broke out in Kuwait, where we lived. We could not return home for a couple of years. To cope, I started writing. Soon it became apparent to me that I had a knack for visualizing my stories in great detail. Even as I pursued a career in technology, I realized my urge to tell stories was intense and I started writing scripts. I assisted independent film directors in art direction and production design. Read more>> 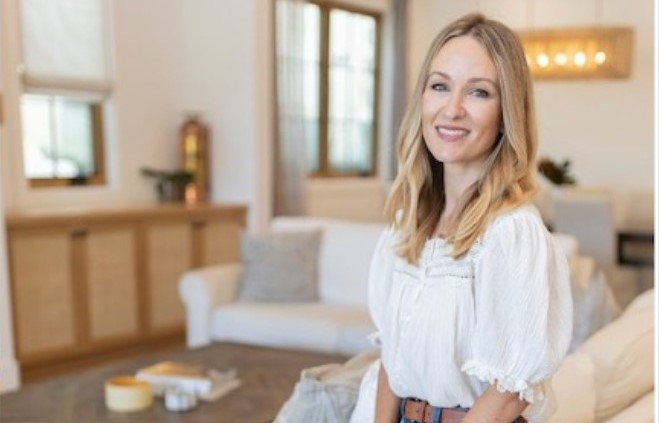 With a background in pediatric health, I worked for several years as a nurse practitioner, feeding my passion to care for children in an inpatient and outpatient setting. Upon having my first child, I took a break from nursing to raise our daughter and took a chance on another passion, working for myself. Over the past few years, I’ve been involved with a variety of companies, helping them to build and grow. I continue to work as the COO and Marketing Director for author Darryl Nyznyk and simultaneously work on my independent children’s books. In the midst of each of these transitions, I struggled with my “what now” moment. This is ultimately how Collectively was born. Read more>> 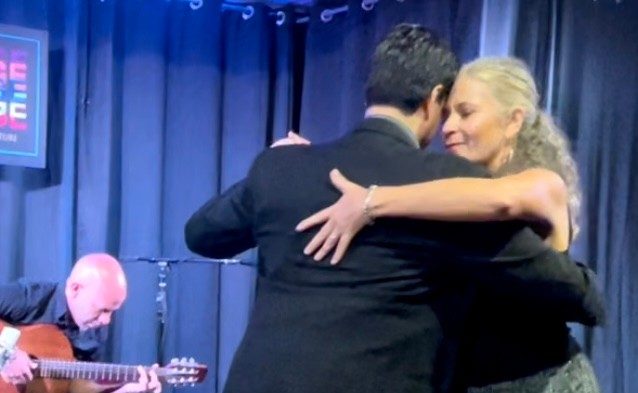 Silvia Askenazi Instructor and founder of Tango San Pedro was born in Buenos Aires, Argentina, and moved to Los Angeles in 2001. She started dancing Tango in 2004, learning from many of the local teachers and milongueros, and from visiting teachers and Maestros from Argentina. In 2005 she was invited to perform in a show in Venice, California, and decided that she wanted to dedicate more time to the dance and become more than a tango afficionado. She then started to train and perform regularly in many Los Angeles venues. In 2009 she opened her own Tango studio where she teaches group and private classes and organizes Milongas and Practicas where the Tango community enjoys and shares their passion for this beautiful social dance. Read more>>

I knew I always wanted to work in an industry that helped people, never would I have known that becoming an Esthetician and doing hair removal would lead me in that direction. I dropped out of community college with the fear of never being successful in anything I had planned for myself. A couple of years pass and I grew a passion for the beauty of skin and hair removal. I decided to take the leap of faith and applied to Esthetician school, not knowing what I was getting myself into. It ended up being the best eight months of my life in school. Read more>> 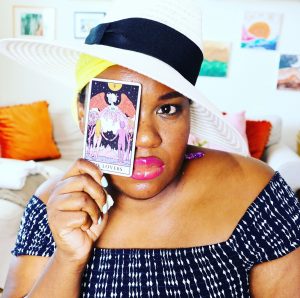 Since I was a child, I dreamed of pursuing a career in film or arts. However, as I got older, I felt that pursuing an artistic career was not feasible. I spent my first few years out of high school serving in the U.S. Navy but was discharged after several injuries that kept me from fulfilling my duties. I decided to continue working as a surgical technologist, the job I was trained for in the military for several years. However, I wanted to do more so I decided to move back to Texas from New York City to attend university where I received a Bachelor’s in Fashion Merchandising and a Master’s in Mass Communications. Somehow, I found myself back in the arts industry. Read more>> 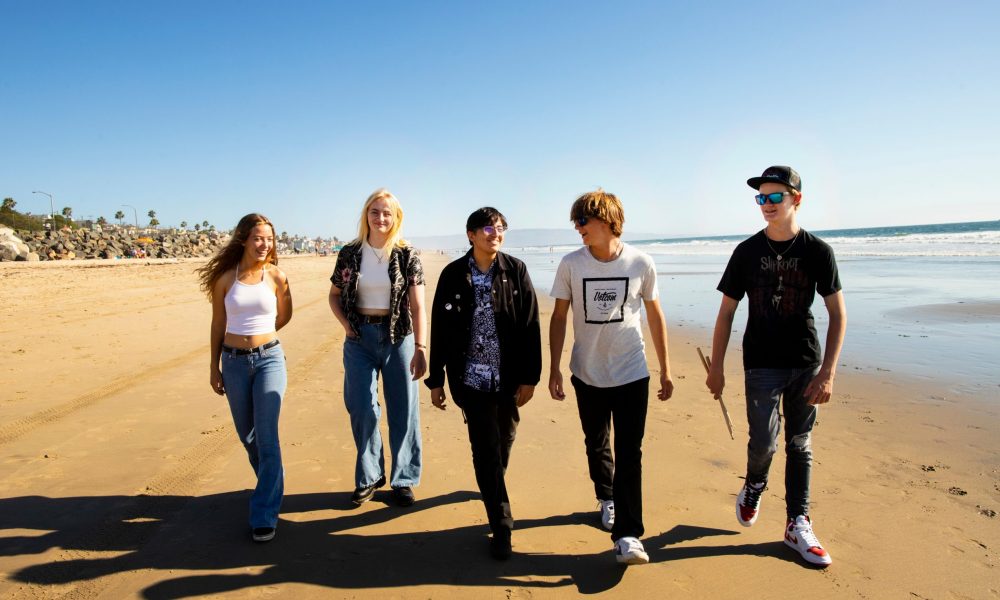 We are a high school punk band. We met when we were 9 and 10 at our local music school. We started playing shows in 2019 and were just starting to get a lot of gigs when the pandemic began. We stayed together as a band by meeting on Zoom and then later practicing in each other’s backyards. We’re stoked to be playing live shows again. We have hit over 30 different venues between Santa Barbara, Los Angeles and Orange County. Read more>> 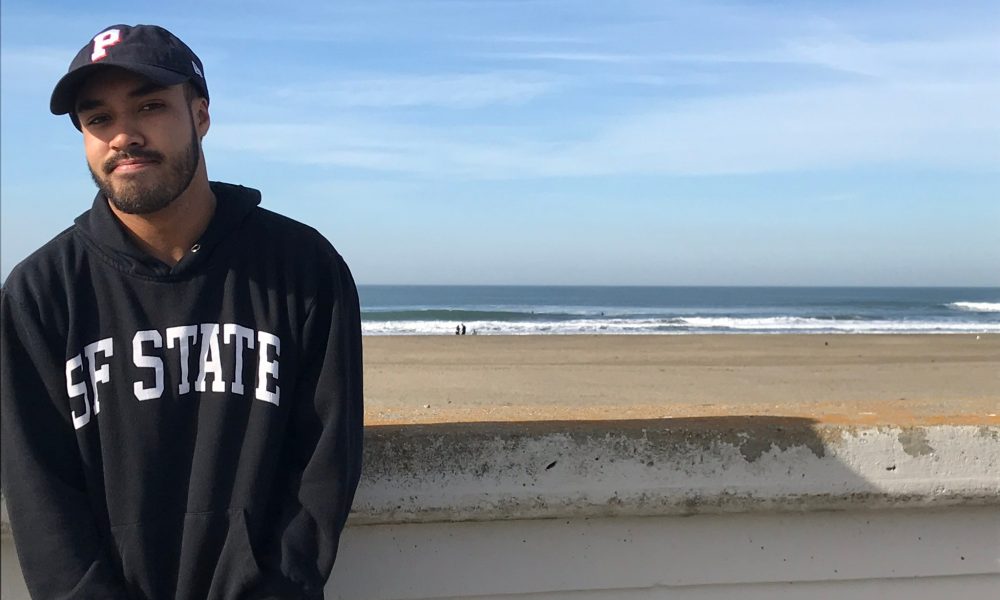 I was involved in a Christian church band with my brother. I was able to grow heavily in the music by playing keyboard and the drums. That was the start of my music career. During college in the bay area, it was all about culture, that’s when I became a DJ and producing beats for artists. It helped me grow and shaped who I am today. People started to know who I was during my events and social media. Moving back to Los Angeles where I am from is the home of the celebrities. I joined the Hollywood stars and was walking the streets of West Hollywood Blvd to catch my gigs. I had a chance to bring out my name in Las Vegas. I love music it is my passion, it gives me confidence and with experience brings success. Read more>>