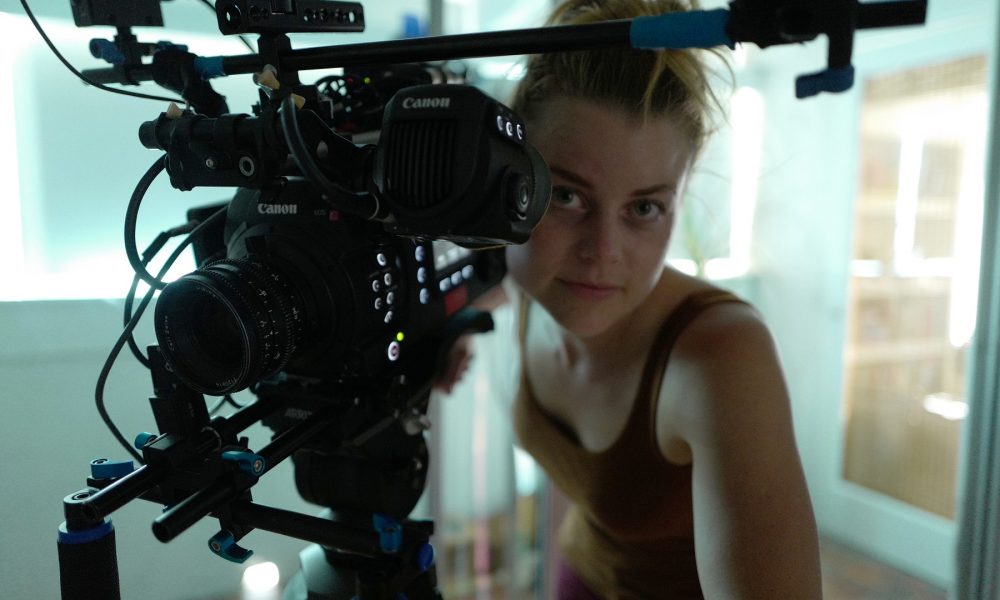 Today we’d like to introduce you to Sarah Phillips.

Every artist has a unique story. Can you briefly walk us through yours?
I grew up on a farm. My friends make fun of me for saying this nearly as often as a catchphrase, but really, a lot can be boiled down to this in my attitude toward life. That is, nothing is impossible, and if it’s possible, you are probably capable of doing it yourself.

I really did grow up on a hay farm in Missouri. I had an incomparable childhood there, an unbelievably supportive family, and intellectual friends that would ponder the depths of life while walking through the tall grass or shooting bottle rockets into the expansive night sky.

My grandmother endeared me to musicals, sitting on her shag carpet as she made deviled eggs and sang along with my sister and I as we ingested The Sound of Music, The King and I, My Fair Lady, Seven Brides for Seven Brothers, and more. My mother furthered that seed planted with her stunning gift at playing piano, and her and my father’s encouragement to us to sing and participate in the arts in school. My deep love for science fiction came from my constant attachment to one book or another.

I have always had a natural obsession element, in the “fall down the rabbit hole of the internet” kind of way, but being of the analog-digital crossover generation, my obsession in growing myself into an artist was to find the weaknesses in my art and strengthen them. Thus, while I’m a cinematographer (my natural obsession), both of my degrees are in writing – a Bachelors in Journalism from the University of Missouri, and a Masters in Screenwriting from Stephens College, both to address my understanding that story is at the center of every story.

I moved to Los Angeles in 2008 and had the great pleasure of working, growing, yearning, kvetching, and creating with some of the best starving artists in the area since then, though most of them are less-starving now. I will say, our shared deep hunger to be part of the fabric of filmmaking is the indelible mark that brings us together time and time again – there’s something about saying that you’ve survived in LA for a certain number of years.

I’ve been DP’ing full time for about three years now, and in that time I’ve had the great fortune of meeting and working with some of the best up-and-coming film crew members in the industry. I am a huge proponent of equality on film sets, and my crews are a tight-knit, hard-working group of diverse awesome Angelenos. I definitely couldn’t do what I do without my crews, including pre-production and post-production, so I will always call them out. My camera department is always chalk-full of incredible talent that I’m honored to work with.

Coming up, I am attached to a handful of really exciting beautiful indie features – most of the time, indie features take a while to go because they are working tirelessly to raise enough money to make a tiny full-of-heart film, so please support your indie movie theatres and filmmakers online!

Please tell us about your work.
I am a cinematographer, and I am lucky enough to be the director of photography on many projects, mostly in the independent film space. Classically speaking, to be a cinematographer means I write with moving light, as photography is to write with light. There is not really a Latin word for “movies,” so my coarse interpretation will have to do.

I have also heard that I paint emotion onto the screen. I will have to deflect some of that to the talented writers, directors, and actors that surround me, as I cannot capture emotion that is not already there, but I will say that I do not shy away from emotion. That must stem from my journalism days – I was taught that if there is emotion, my camera and I must be the witness to that humanity, to record its existence.

This past year, I was the director of photography on a feature film “IRL,” directed by Ric Perez-Selsky, and while it is still on the festival circuit, I won Best Cinematography (The Mary Austin Award) at Idyllwild Film Festival and Best Cinematography at Silicon Beach Film Festival, for which I am very honored. In short films, I DP’ed a thriller based on a Stephen King short story, “Beachworld,” by director Jackie Perez, a thriller “Man in the Corner,” by director Kelli Breslin, a 1690s period piece “Land of Light,” by director Nick Batchelder, a sci-fi series proof of concept that I also directed and wrote called “Supplements,” and a comedy series proof of concept that I directed called, “A Little Murder,” written by CD Carpenter.

When I get also get to write and direct my projects, there is a distinctly morbid and big-feeling heart that echoes through each piece – from a young woman dealing with her father’s depression in a musical, to a dying candlemaker finding the four scents that mean something to her, to a nomadic woman in a dystopian scifi future who gets essentially pulled into the future of political intrigue… my pieces are obsessed with what it means to be human, in an unflinching way. They are also certainly female-driven by design, and I am lucky enough to often work with my business partner on them, Laetitia Leon, who is one of the best actors I have ever met – which certainly elevates the work as well.

My cinematography is innately informed by my background in writing, directing, acting, and editing. I can’t help but think about story as it relates to angle, frame, and light. I think that’s why a lot of the directors I collaborate with come back to work together – we’re like two opinionated mountains coming together to elevate the story.

Ultimately, I see being an artist as a permeating affliction – I am not without also being an artist. I recently heard someone say that in the Renaissance, most artists were polymaths – that is, they were talented at a multitude of artistic expressions. And in our current day and age, everyone wants to put people in boxes – an editor, a graphic designer, a photographer, a dancer – but I’ve found that once people find one way to express themselves, they can’t help but seek more. So while for me that means visual expression and story (which encompasses cinematography, directing, editing, vfx, droning, writing, etc.) for many others, it can mean a wide range of artistic expression, and I see that as being all in one big human box.

I am incredibly stoked to get to be a cinematographer, and I hope I am fortunate enough to do it until the day I die.

We hear a lot of artists say art is lonely. How do you feel about loneliness and how do you find community?
I have found Instagram to be a great way to connect with fellow artists. Another way, especially in film, is to reach out to someone who works a lot on set and ask if you can tag along and help out for free. We all had to start somewhere, and I certainly started working for free to just learn the ropes. I also know that sometimes people will start small rooftop screening nights to hang out with their friends, and that’s a good way to bring film people and artists together. Also, if your film gets into a film festival, no matter where it is, endeavor to go to that festival! That is where you will find like-minded tribes of weirdos if you go to the parties and talk to new people there. And you will make lifelong friends as well.

As far as being lonely… I wish I had better advice – I actually love being alone, and I’m very protective of my alone time. I wish I had more of it. I think, in fact, that we often confuse being alone with loneliness. I think that feeling artistically lonely is certainly a unique problem, but we have the best skill at our fingertips to express that loneliness – Art. I would say to create a piece of art that expresses what that loneliness feels like to you, and I bet it would resonate deeply with an audience. And feeling artistically lonely is kind of a beautiful thing – it is sort of the darker side of calling someone “special” or “unique” or “one of a kind” – if you are the only person who feels a certain way about something.

As I said earlier though, I can be a bit dark at times, so I find that side of humanity actually quite breathtaking. 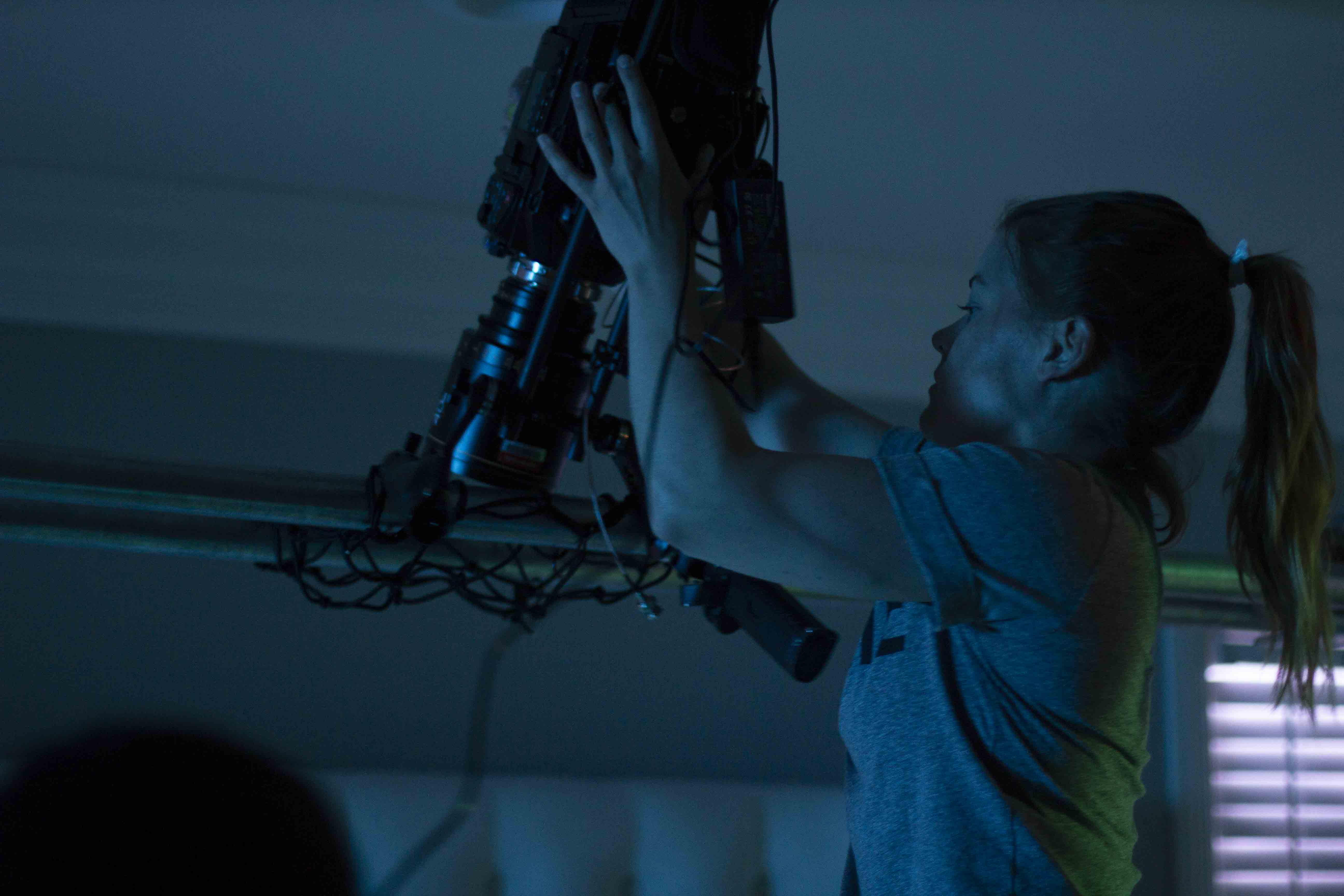 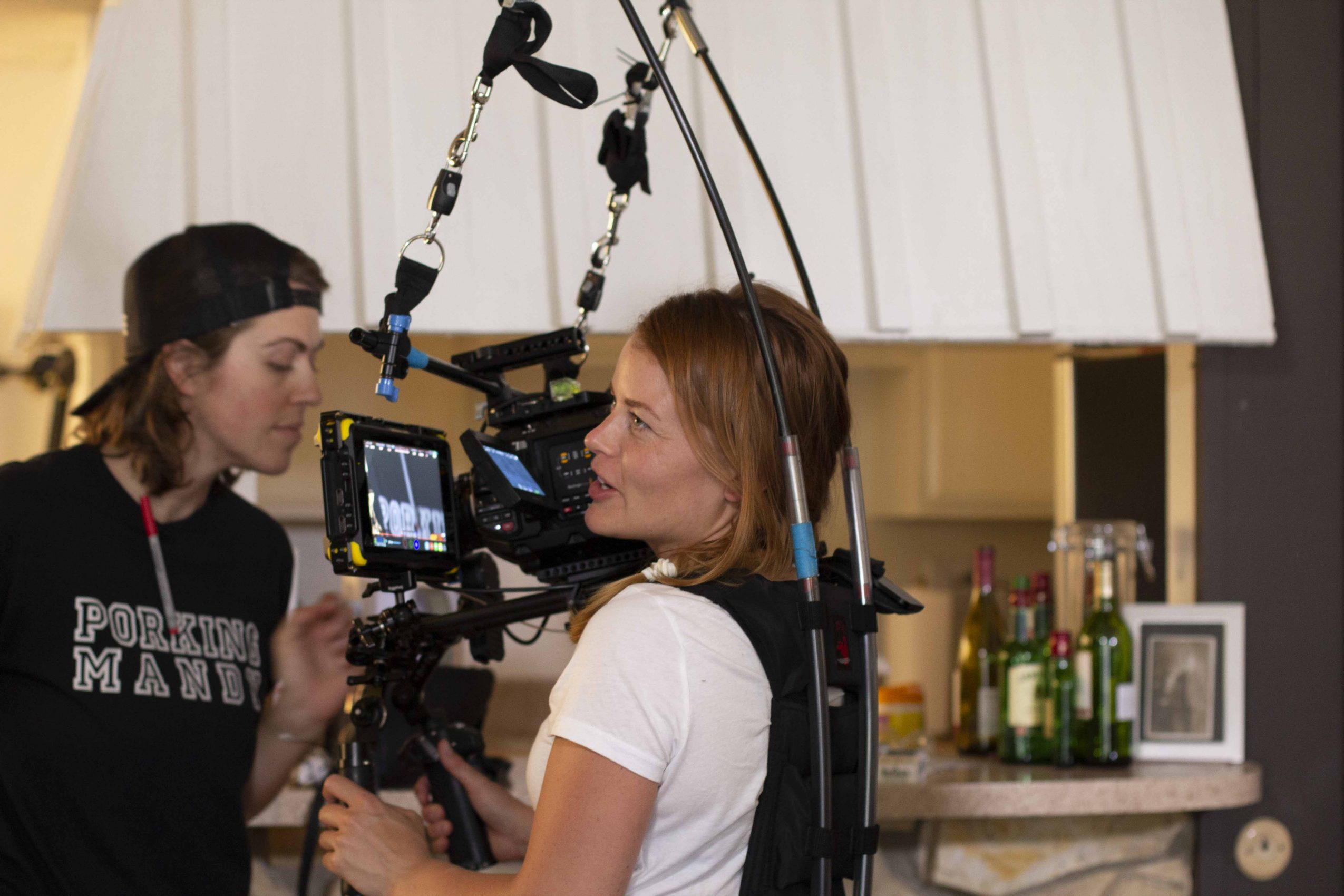 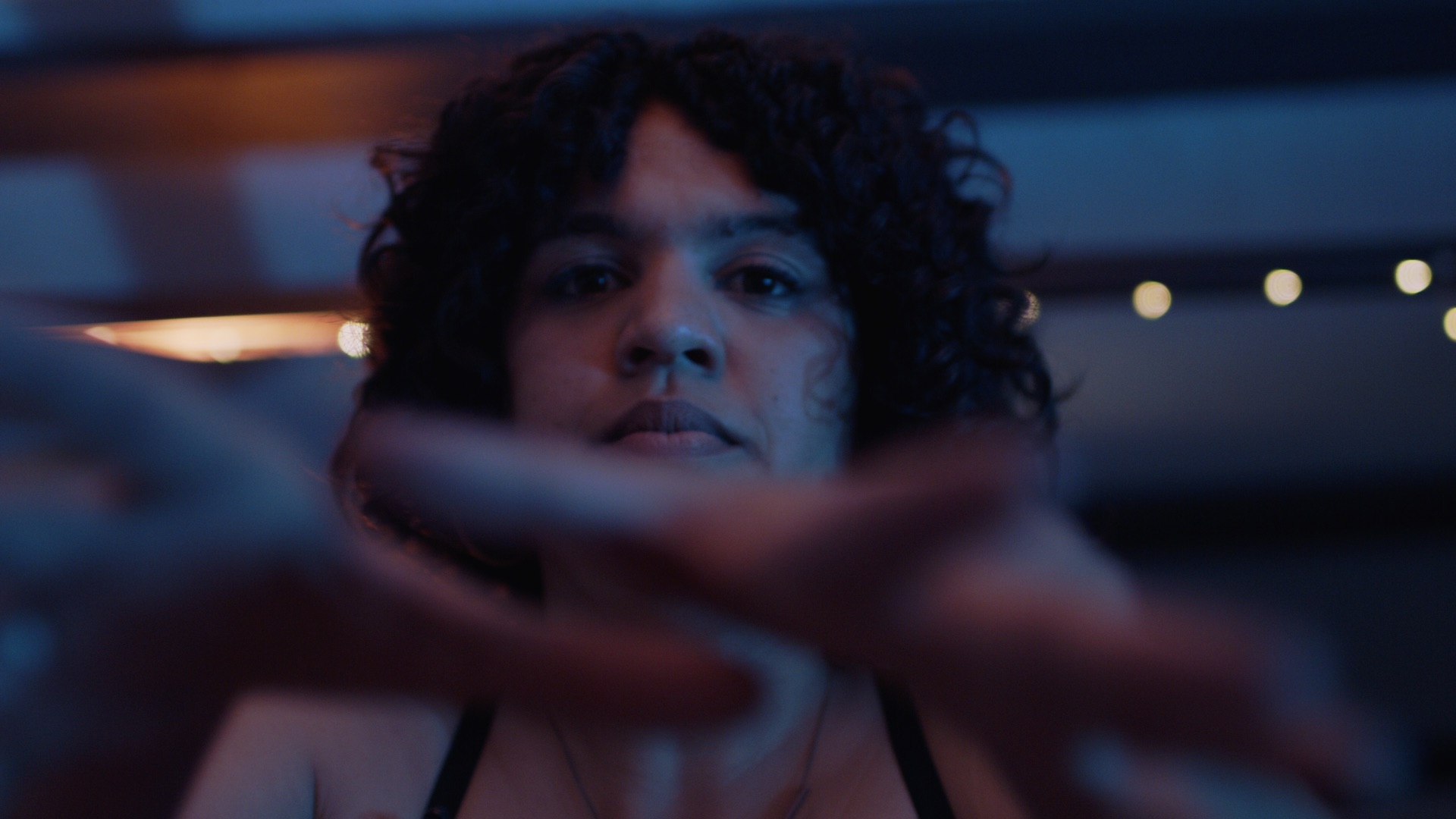 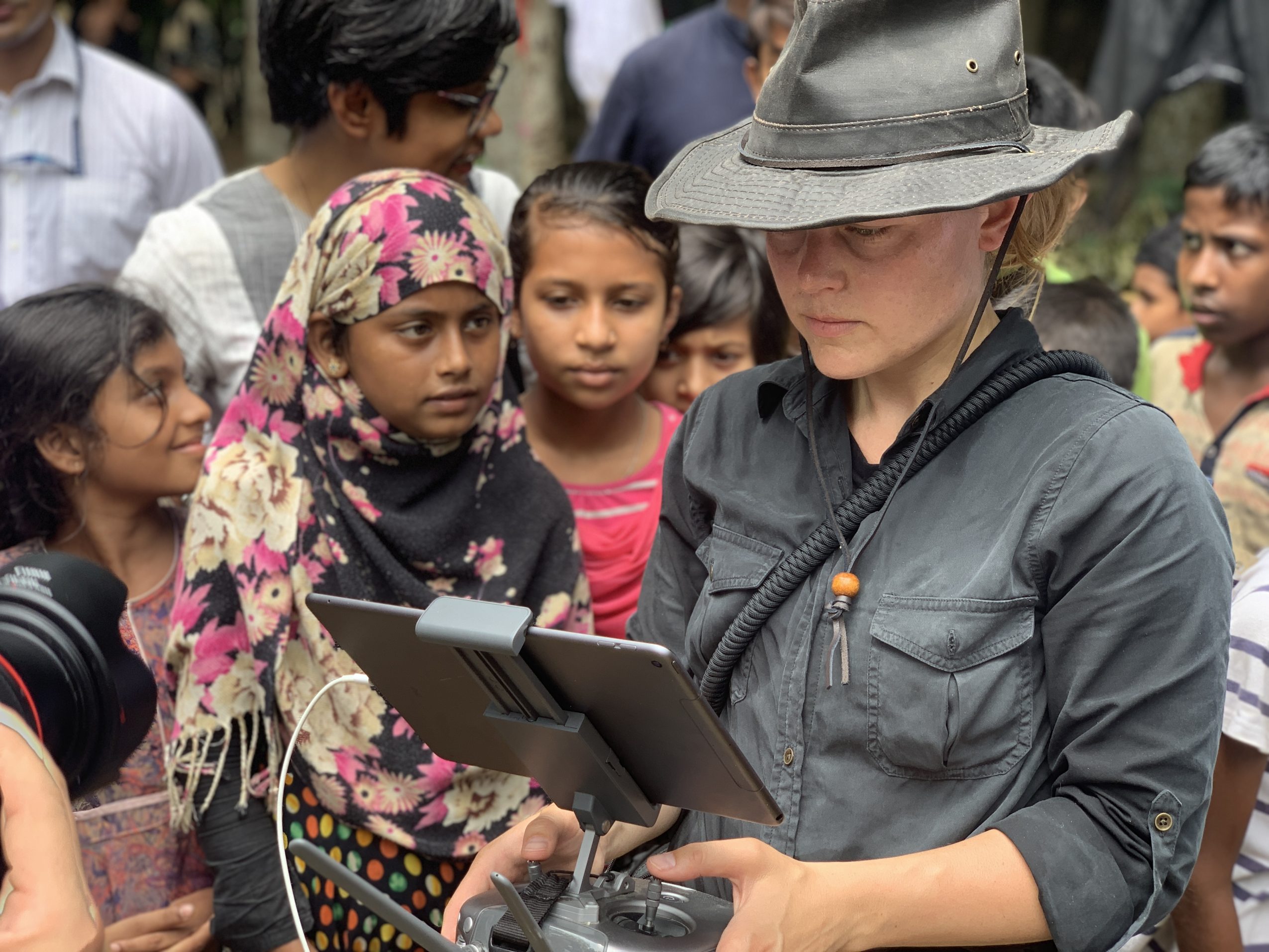 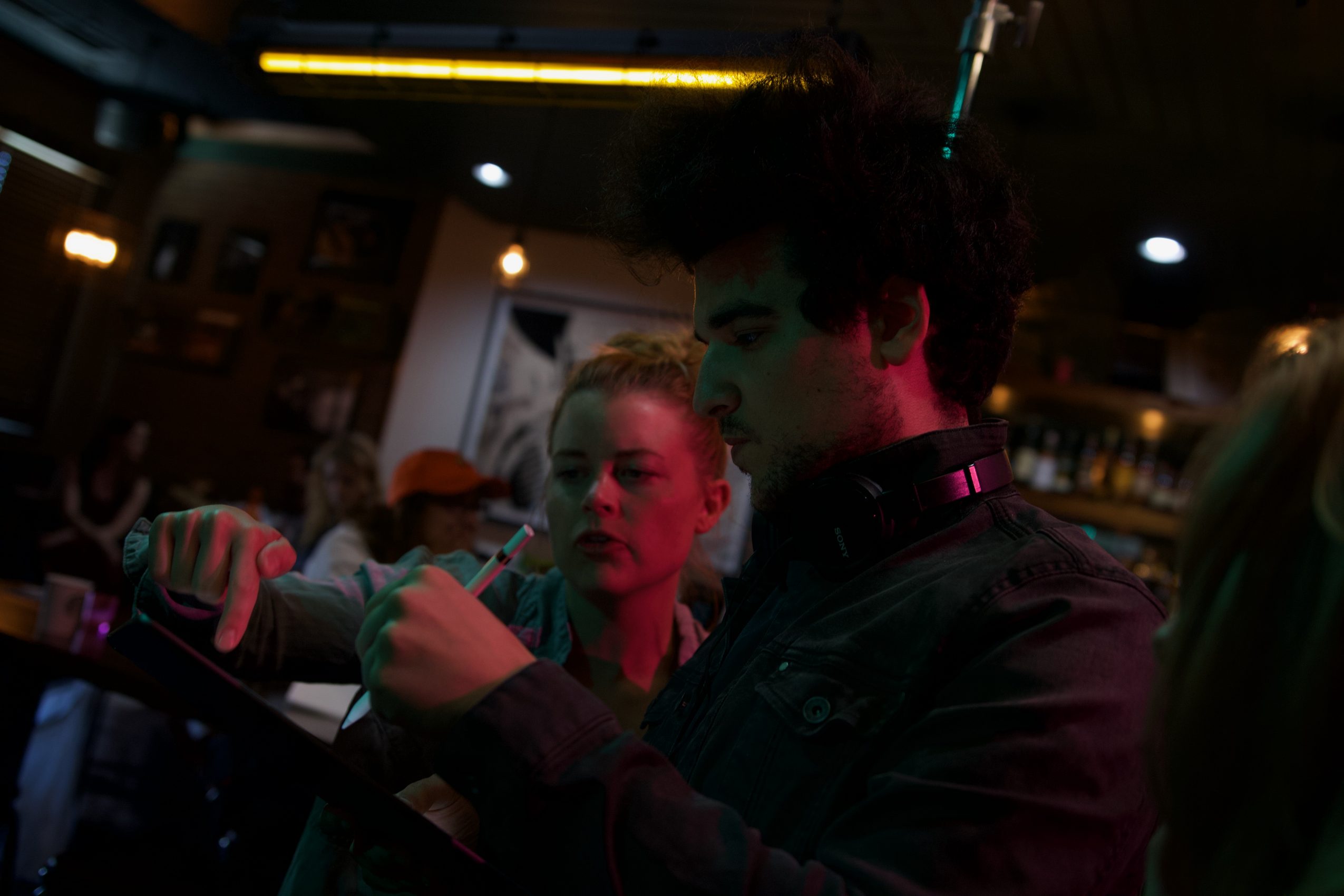