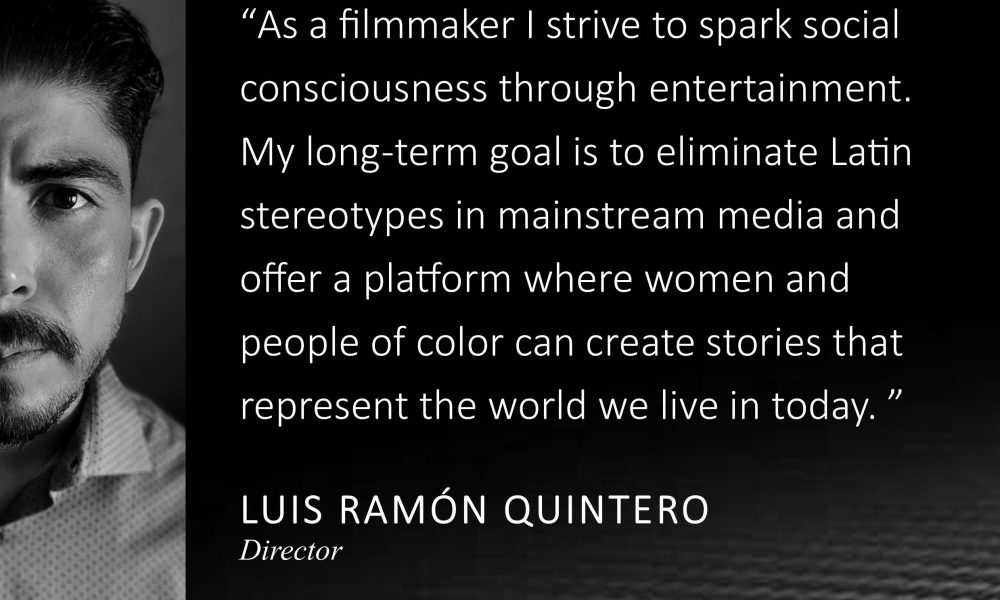 Today we’d like to introduce you to Luis Ramón Quintero.

Thanks for sharing your story with us Luis. So, let’s start at the beginning and we can move on from there.
Writer, Director & Producer Luis Ramón Quintero is the founder of Foreshadowing Entertainment. His latest short film “Mirage” was featured on Telemundo, NBC, Estrella TV and KPFK Los Angeles. His previous short film “Guiltless” was nominated for an Imagen Award in the Best Theatrical Short category by Norman Lear’s Imagen Foundation in 2016. Previously Luis was a finalist of the NBC Universal Pictures Emerging Writer’s Fellowship in 2014.

As a first generation Mexican-American filmmaker, my goal is to bring social consciousness through entrainment. I love to use subtext to spark conversations with the viewers in hopes to continue a dialogue well after they view my work.

My body of work features stories that entertain and inspire through emotionally engaging experiences. I love to educate and empower through entertainment. And equally important, having grown up in an under-served community, and choosing to pursue academia instead of the streets, I am now in a position to help young creatives find their own positive pathways.

Through a dedication to mentor and serve, I was honored to Chair the Hispanic Heritage committee at KCET for three years. Following that I became Vice Chair of the Community Advisory Board (CAB) for two years, and ultimately became the CAB Chair during the final term of its six-year span. I was the youngest CAB Chair in KCET television history.

After six years at KCET I joined the Board of Directors for the Expediente Rojo Project, a 501(c)(3) nonprofit organization that works directly with the LAPD, FBI, Consumer Affairs and other government agencies to help bridge the gap between law enforcement and the under-served communities. A core mission we implemented was to educate the communities through public forums free of charge.

After six years with the Expediente Rojo Project I moved on and became a mentor for Edward James Olmos’ Youth Cinema Program. A program where we mentor middle and high school students.

The positive relationships I’ve established with Hollywood entities such as major studios, non-profits, as well as local communities in the greater Los Angeles area, are paramount in terms of achieving my long-term goal of creating a viable platform where creative artist showcase their talents to mainstream media.

Great, so let’s dig a little deeper into the story – has it been an easy path overall and if not, what were the challenges you’ve had to overcome?
Upon graduating from UC Santa Cruz in 2004, I knew I wanted to work in the entertainment industry. However, as many recent graduates soon discover, there isn’t a clear path and soon, that dreaded “what now?” question emerges. The logical thing to do was to find a way to get my foot in the door.

With that said, I polished my modest resume, which at the time consisted of one internship at a small startup film company and knocked on the doors of every major studio in Los Angeles. I drove to the gate of a major studio where I enthusiastically introduced myself to the security guard at the kiosk and told him, “Hi, my name is Luis Ramón. Quintero and I want to work here. I have a resume ready.” The puzzled guard remained silent, pondering what to say as he looked me up and down.

After a brief moment, he broke his silence replying, “I can’t let you in without an appointment and it’s too late to have you back up”, cars were piling up behind me. “So, I’ll open the gate, loop around the kiosk, and exit. When you reach the corner, there is a box. Put your resume there.”

A rush of optimism consumed me; he was one of the good guys. Even though I was simply going to loop around the security kiosk and exit, I swear I heard a choir of angels sing as those gates opened.

Following directions, I made my way towards the box. But upon reaching the corner, there was no box only a trash can. I looked back at the “helpful” security guard, who was waving at me with a facetious smile running from ear to ear. Welcome to Hollywood.

At the time, my heart sank. And yet in retrospect, it was the best thing that could have happened to me. Not because I’m masochistic, but because that experience proved that I needed to be 100% sure this was the road I was willing to take for at least the next ten years.

Foreshadowing Entertainment – what should we know? What do you guys do best? What sets you apart from the competition?
At Foreshadowing Entertainment we are building a culture that is inclusive of women and minorities in prominent leadership roles. We are a collective of artists who are tired of seeing our cultures and communities misrepresented on mainstream media. We are not here to vilify anyone. As a collective we understand that the status-quo in media is not personally attacking us minorities, but instead their stereotypical depictions are a by-product of the lack of knowledge and understanding the current content creators and providers have of our culture. We are here to educate through entertainment.

What moment in your career do you look back most fondly on?
The most rewarding part of the filmmaking process is the collaboration with others who share our social mission. Collaborating with individuals like Danny Trejo, Ed Asner and Harold Sylvester on my short film Guiltless was dream come true. In addition, I’ve had the privilege of being mentored by incredible trail blazers such as Anne V. Coates, Academy Award winning editor for Lawrence of Arabia. As well as working with Academy Award nominated writer Susannah Grant, director Judd Apatow and director James Gunn. Those mentors are a strong reason why I in return also mentor the next wave of new creatives. Without my mentors I wouldn’t be in this current position. They took a chance on me, so why not pass it forward. 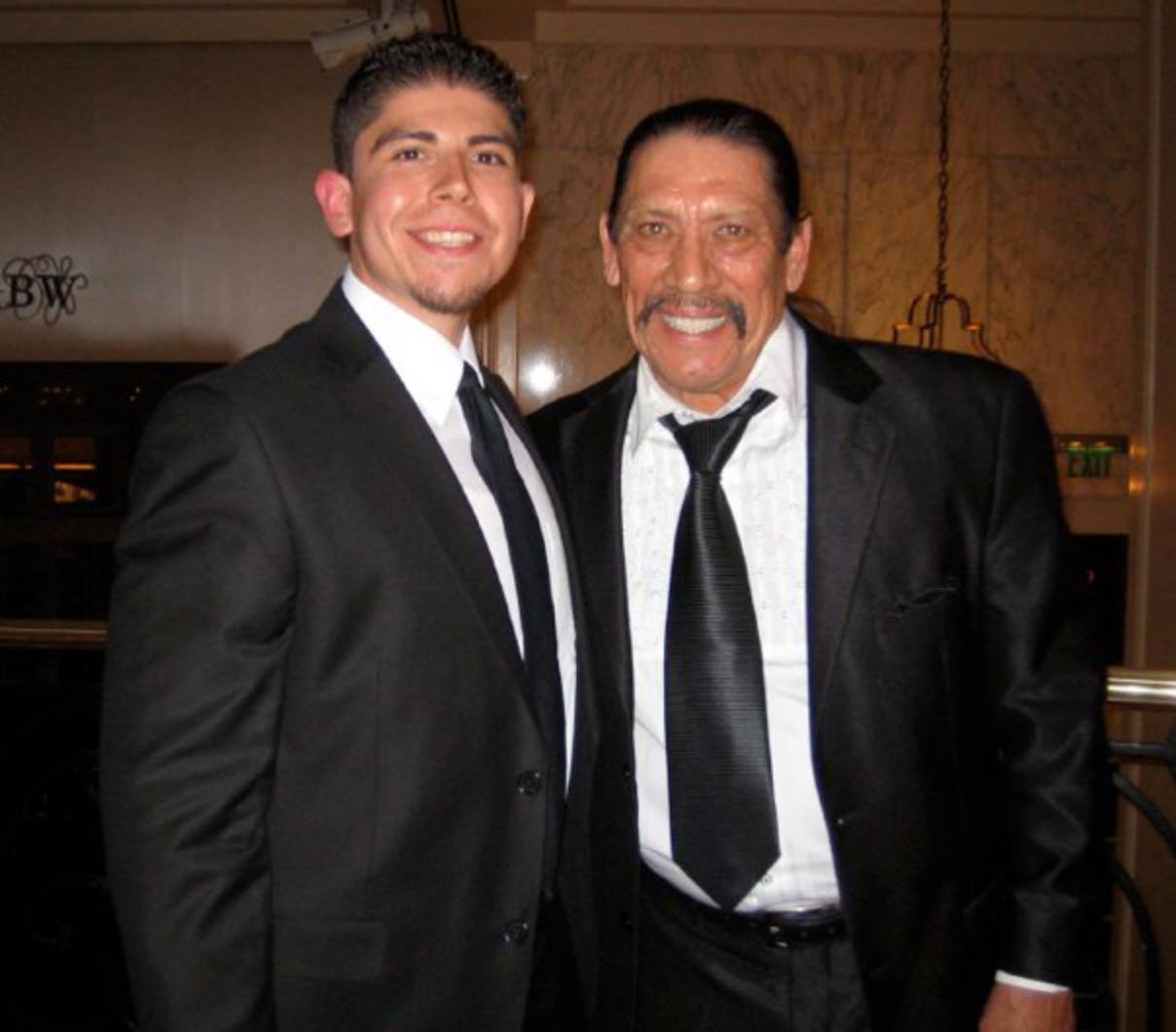 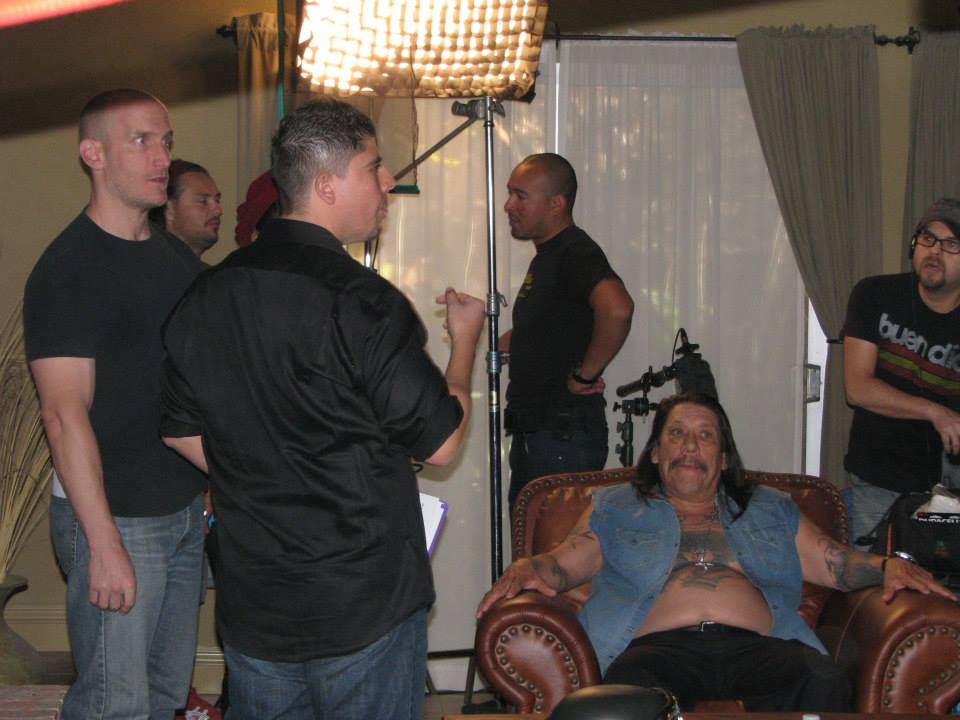 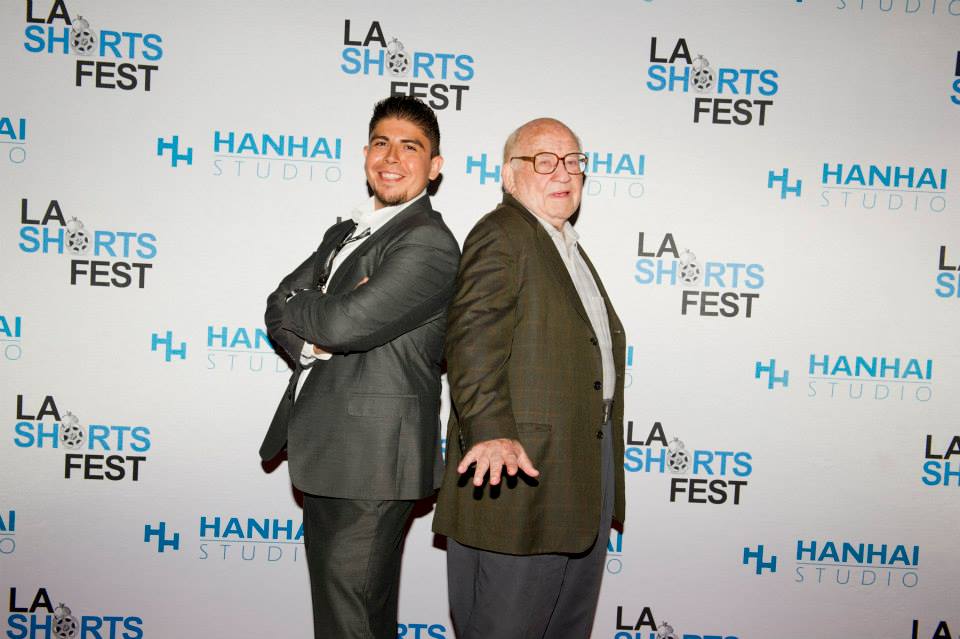 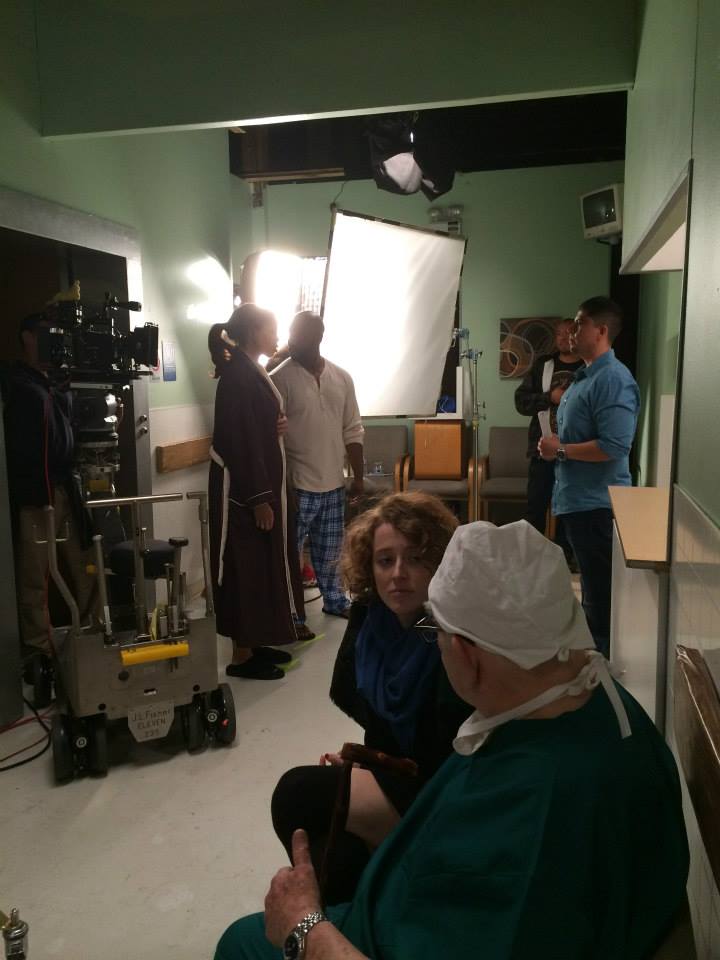 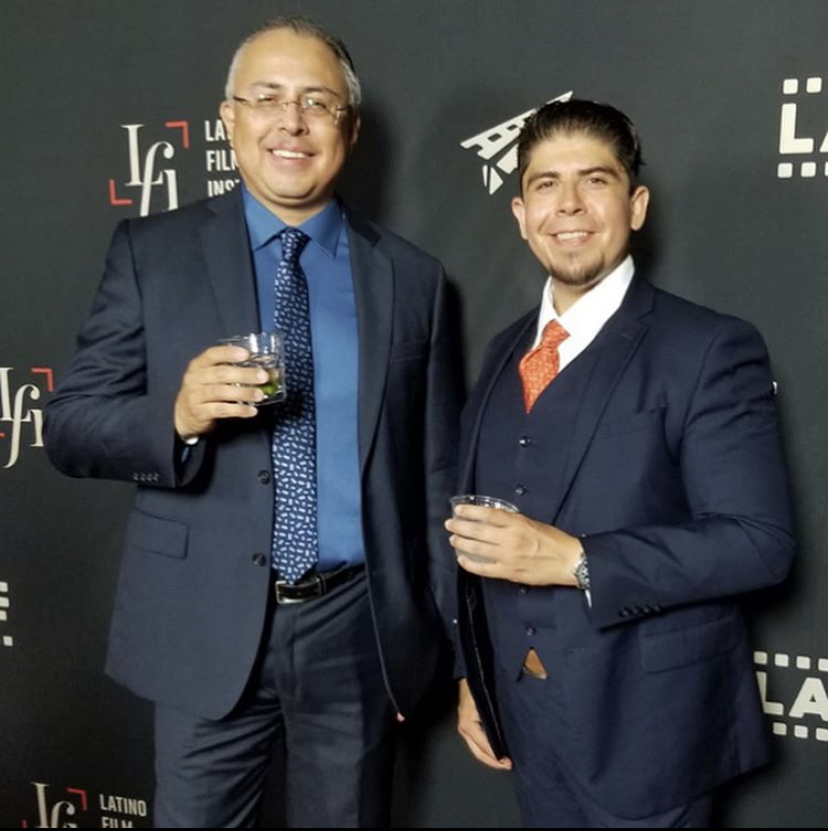 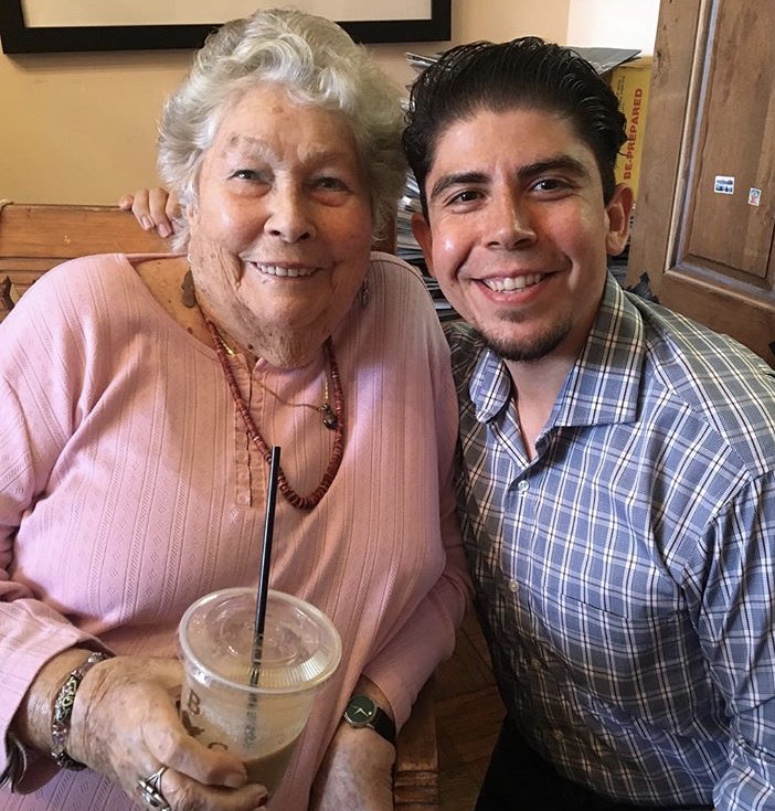 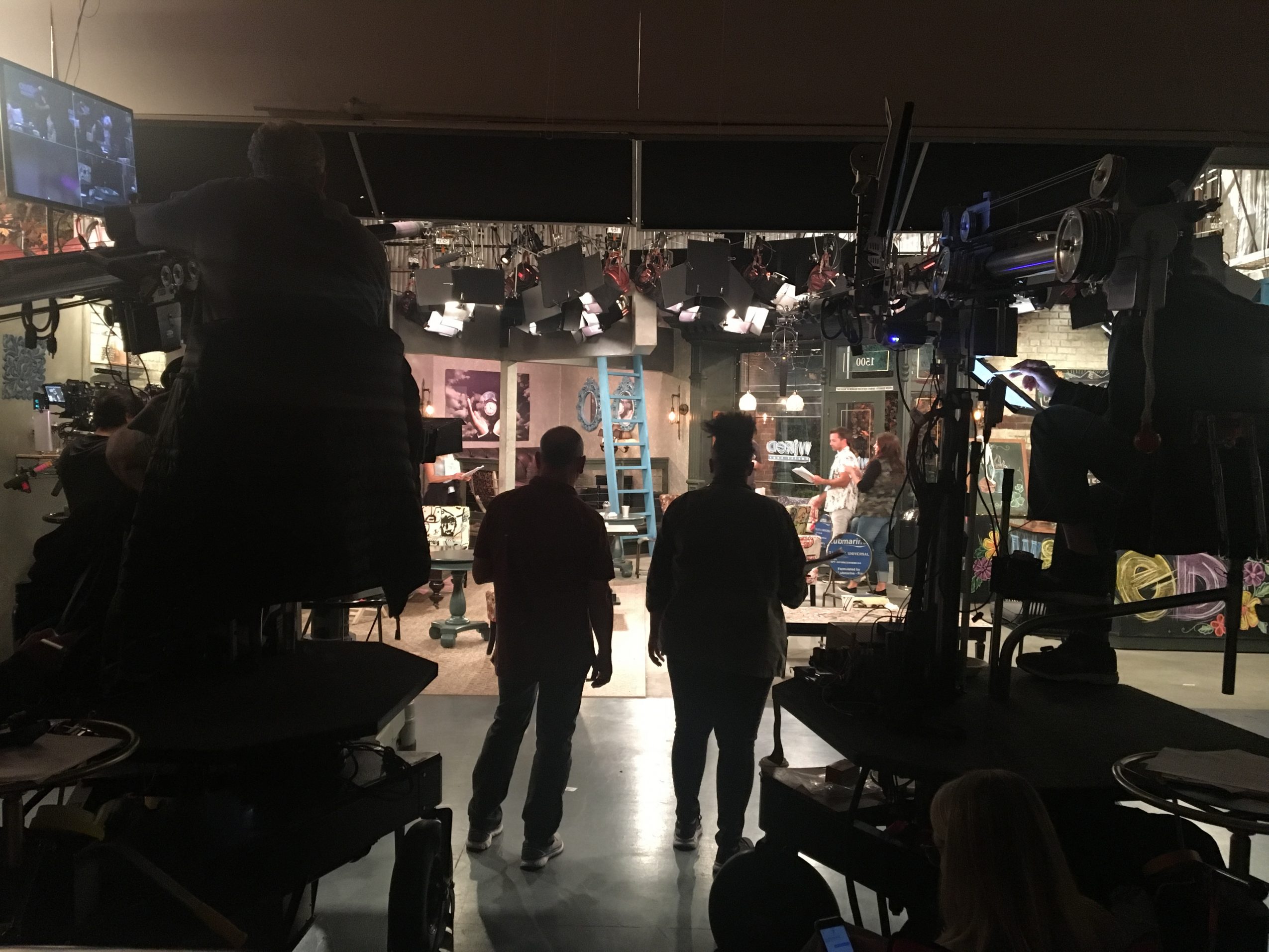 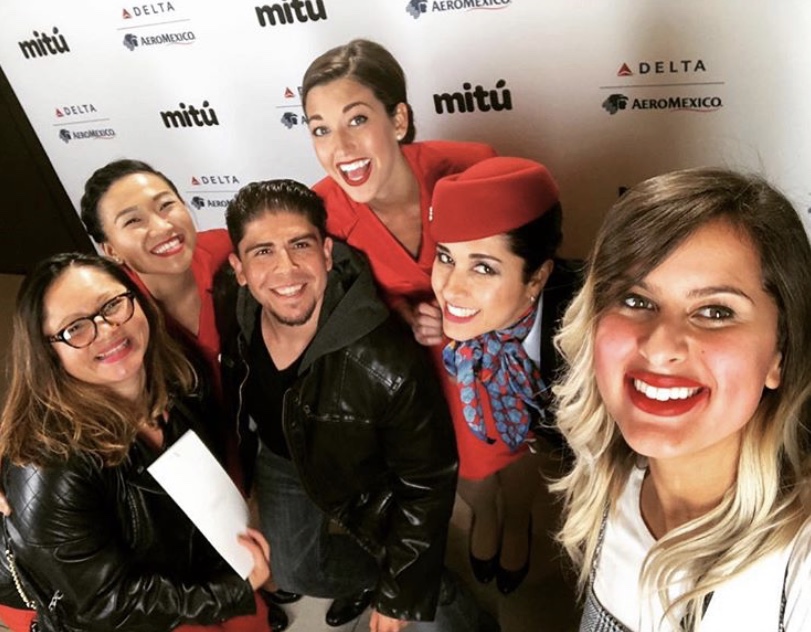 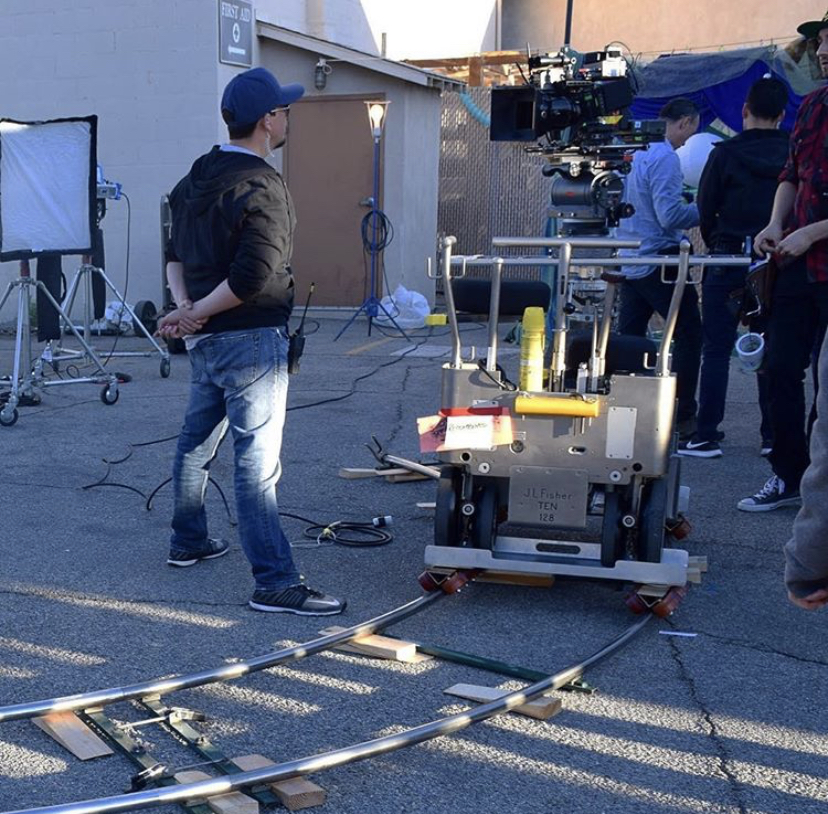