Meet Kayoko Mitsumatsu of Yoga Gives Back in Mid Wilshire 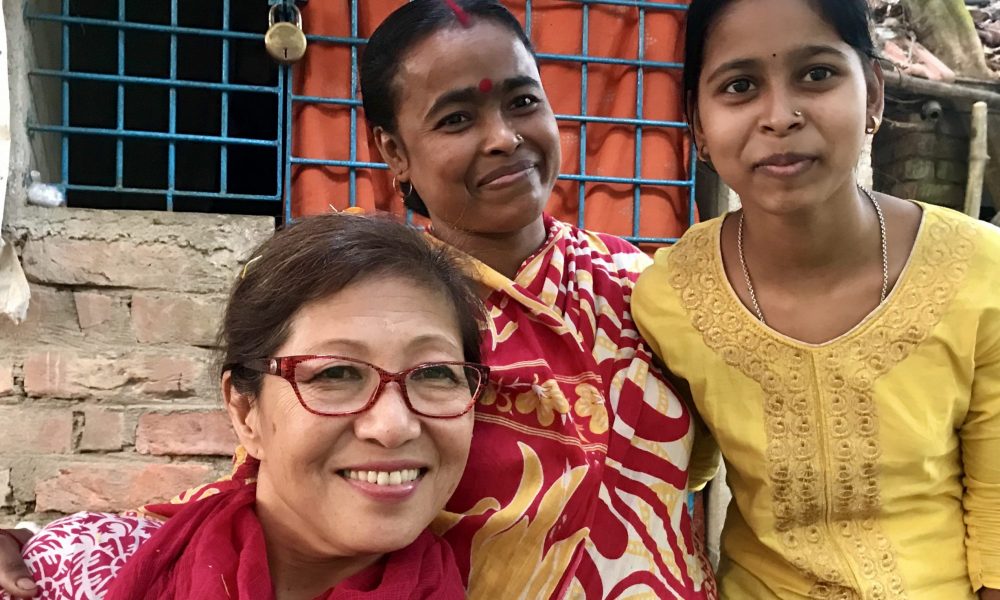 Today we’d like to introduce you to Kayoko Mitsumatsu.

Kayoko, let’s start with your story. We’d love to hear how you got started and how the journey has been so far.
Prior to moving to the USA in 1992, I was a producer/director for NHK Japan’s National Public Broadcaster, working on prime-time national broadcast current affairs and documentary television programs for seven years; and cultural attaché at the Embassy of Japan in London for two years. My passion for documentary filmmaking to bridge diverse values and cultures was rooted in my perspective gained from years of living abroad including Australia, Brazil, United Kingdom and USA.

In 2006, I was just starting daily yoga practice for the first time while working on a documentary project about Social Entrepreneurship which opened my eyes to Nobel Peace Price Recipient Dr Muhammad Yunus’ revolutionary micro-financing. As I began to learn yoga asana and philosophy, it hit me very hard that I needed to use all my capacity to help others, especially the underserved population in India, motherland of YOGA, as I was benefiting so much from the daily practice of Yoga. I was feeling so blessed! I shared this idea with my yoga teacher and the studio manager who all supported the idea. That’s how Yoga Gives Back was born.

There were many charity organizations within the yoga community, but there was none that focused on giving back to India, especially to confront the serious issues of poverty. As we started sharing this campaign of gratitude at local fundraising classes in Los Angeles, I was surprised and inspired with passionate responses from the yoga community. I truly felt that there was a strong need in the community to express its gratitude for the gift of yoga but many of us did not know how. It was also clear that the economic imbalance was so lopsided that impoverished mothers will never even have a chance to relax with yoga practice in India, while so many of us, an estimated 300 million world wide practitioners today, enjoy this practice mainly for self-care, generating an estimated 80 billion dollars.

In the last thirteen years, Yoga Gives Back has spread to over 20 countries with 150 Ambassadors who are yoga teachers sharing YGB’s mission with their communities as well as raising funds with their events. We have also created a community of partnering sponsors whose annual contribution also tremendously support our mission.

With this growing global yoga community’s support, we are now empowering nearly 1400 women and children in India with a minimum of five-year commitment to each recipient. Today, we provide microloans to nearly 500 women and education funds to young children as well as SHE Scholarship for Higher Education for 300 youths in Karnataka and West Bengal.

Our goal is to reach to #OneMillionYogis to join our campaign so we can create much bigger impact to many more lives. Over the last decade, we have proven that we can transform so many lives if we come together at the cost of just one yoga class.

I invite everyone who benefits from the practice of yoga whether physical or spiritual, to join Yoga Gives Back!

Has it been a smooth road?
Our journey of the last thirteen years has been trial and error and I never imagined that YGB would reach to 20 countries which enables us to empower nearly 1400 lives in India. If anything, my constant challenge is the shortage of operational budget. As a founder and executive director of this grassroots nonprofit organization, I continue to manage over 90% of the entire operation. My biggest struggle is that we lack a robust marketing budget which makes it harder for us to reach out to larger audience globally. Our goal is to reach out to One Million Yogis, out of an estimated three hundred million yogis in the world, to join in our campaign to make a massive impact on many more lives in India. It is like the chicken and egg debate. If we do not invest in marketing, we can not reach out to such a wide audience. We have been growing at a slow but steady pace, and I hope we can find resources to develop a more impactful outreach strategy, as I am confident that YGB’s potential is huge. We just need more capital to fully express it.

So, as you know, we’re impressed with Yoga Gives Back – tell our readers more, for example what you’re most proud of and what sets you apart from others.
Yoga Gives Back (YGB) is a Los Angeles based nonprofit organization, which engages global yoga communities with their personal feelings of gratitude to give back to Mother India, for the gift of yoga. We raise awareness and funds to empower underserved women and children in India. YGB is unique in uniting all yoga practitioners regardless of branch or school with one simple cause, GRATITUDE. I am proud that we have been able to reach out to yoga communities in so many countries which support nearly 1400 underserved women and children in India with microloans and education funds.

YGB is also unique in connecting our global supporters directly to the fund recipients in India through regular updates of stories with photos and videos on social media and regular newsletters, so global supporters can see how everyone’s contributions are truly making tremendous difference in our recipients’ lives. We also have dozens of short documentary YGB FILMS which I have been filming and producing since 2007 to share how so many lives have been transformed with their dreams coming true. I am proud of Yoga Gives Back as it is the only charity within the global yoga community which focuses on giving back to India and empowering lives with our gratitude. We also empower ourselves by empowering others – that is a truly wonderful lesson.

I would like to add also that YGB holds Los Angeles Headquarters’ Annual Gala every fall as the main fundraising and community event, hosted generously by Glo (aka YogaGlo). We are proud to have presented our annual Namaste Awards personally to Mallika Chopra, David Lynch, Alanis Morrisette, Primal Shah, and The Pad Project, the Oscar-winning team of the short documentary “Period End of Sentence.” We are excited to present this humanitarian award to Jack Kornfield and Trudy Goodman this fall, Sunday, September 13th. Please save the date. This special event is also a testament how YGB has been able to unite diverse local yoga communities with one simple mission of gratitude – and this mission keeps growing.

Let’s touch on your thoughts about our city – what do you like the most and least?
I love Los Angeles for its diversity and the spirit of entrepreneurship. YGB was able to grow from Los Angeles to a global campaign thanks to tremendous energy and spirit of entrepreneurship in the community which accepts new ideas and supports it regardless of where you are from, how old you are, or what your background is. I was truly struck by the positive response YGB had received in the first years. People simply expressed that it was a great idea and started supporting it, which I truly appreciated it. Los Angeles is also very special for a yoga practitioner, as it is a global yoga mecca with so many pioneering and leading teachers whether asana or spiritual practices. I always feel Los Angeles has a very special energy as here is where Vivikananda and Yogananda seeded YOGA for the West. It is truly a special place in the history of YOGA.

What I like least is the lack of public transportation, which is slowly improving. 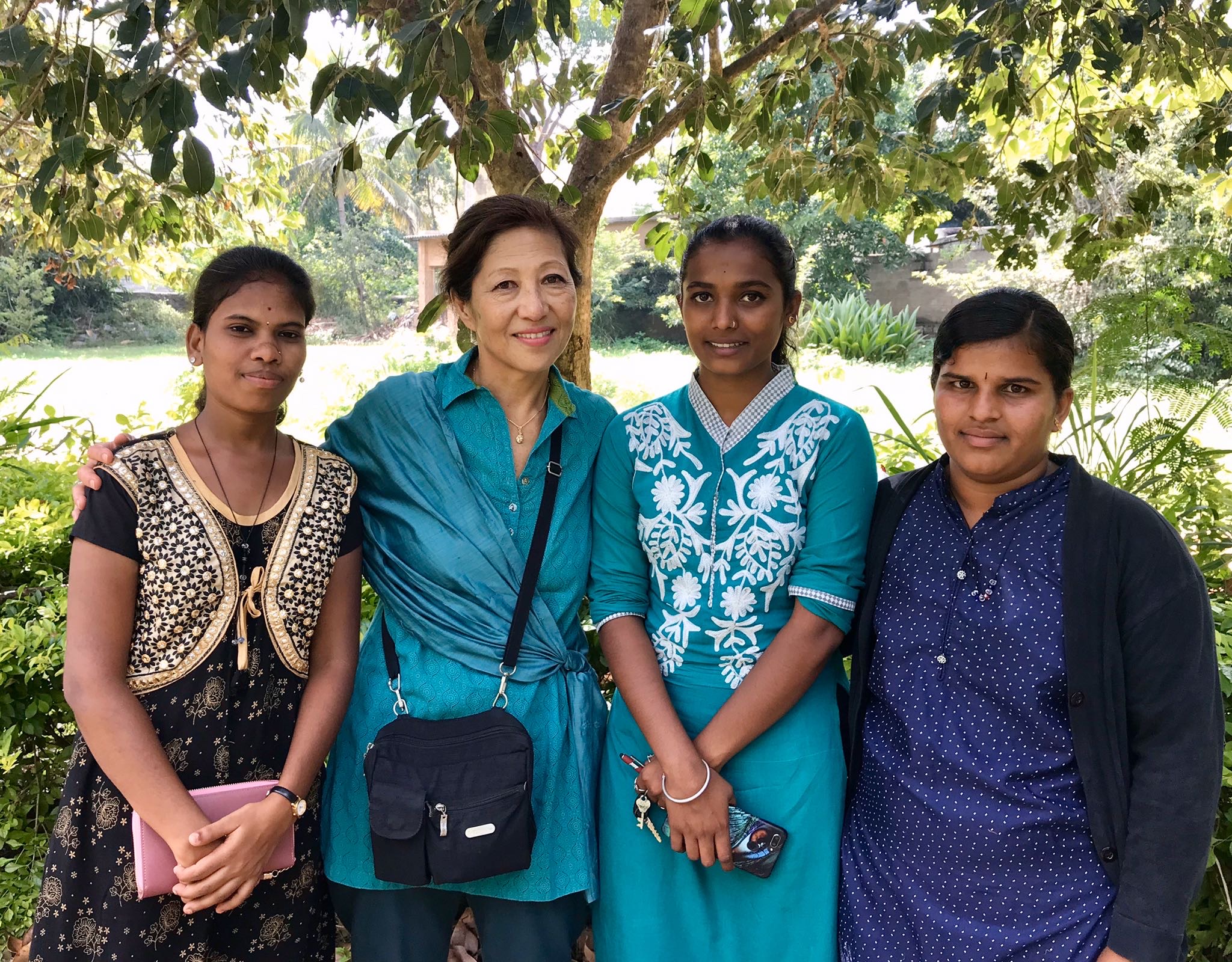 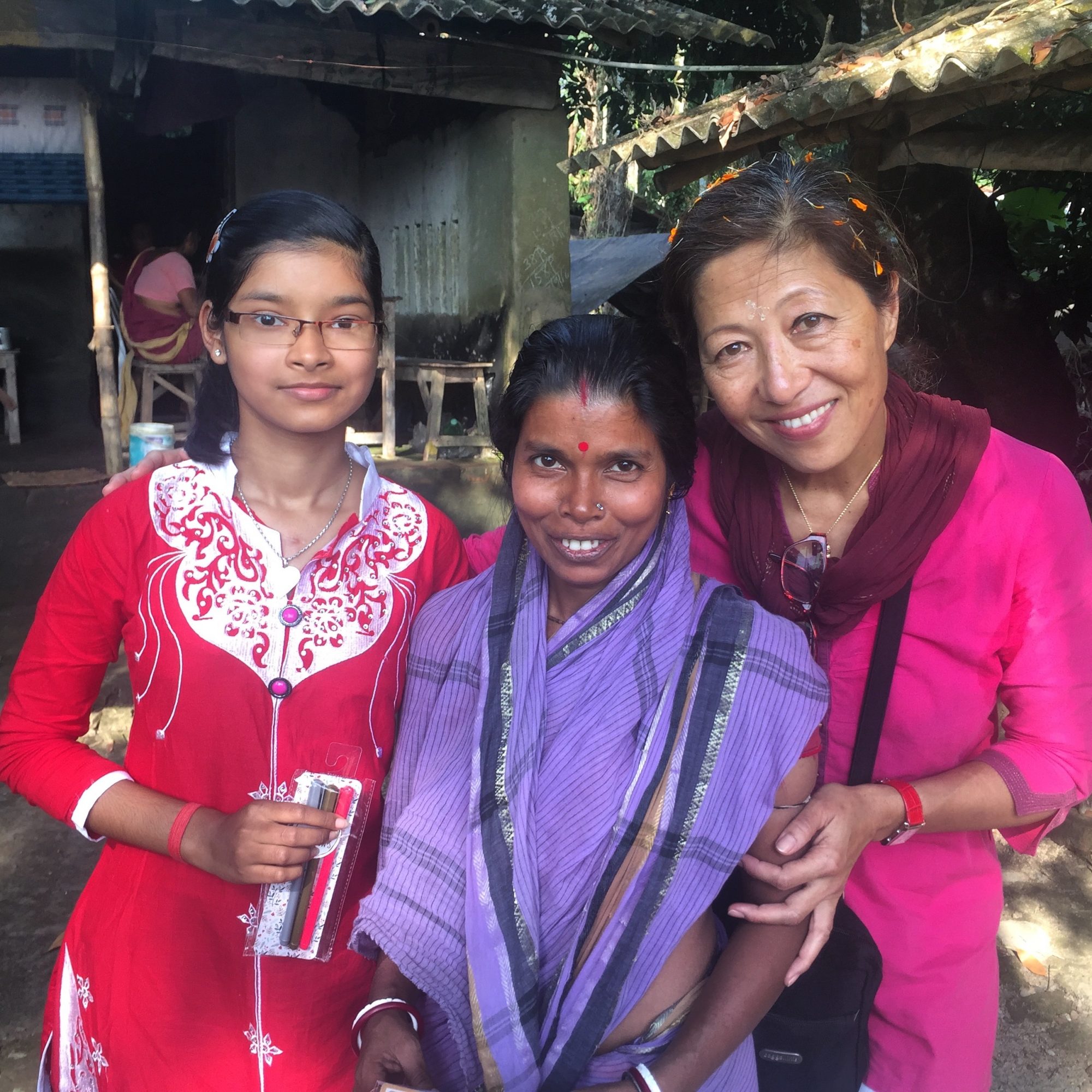 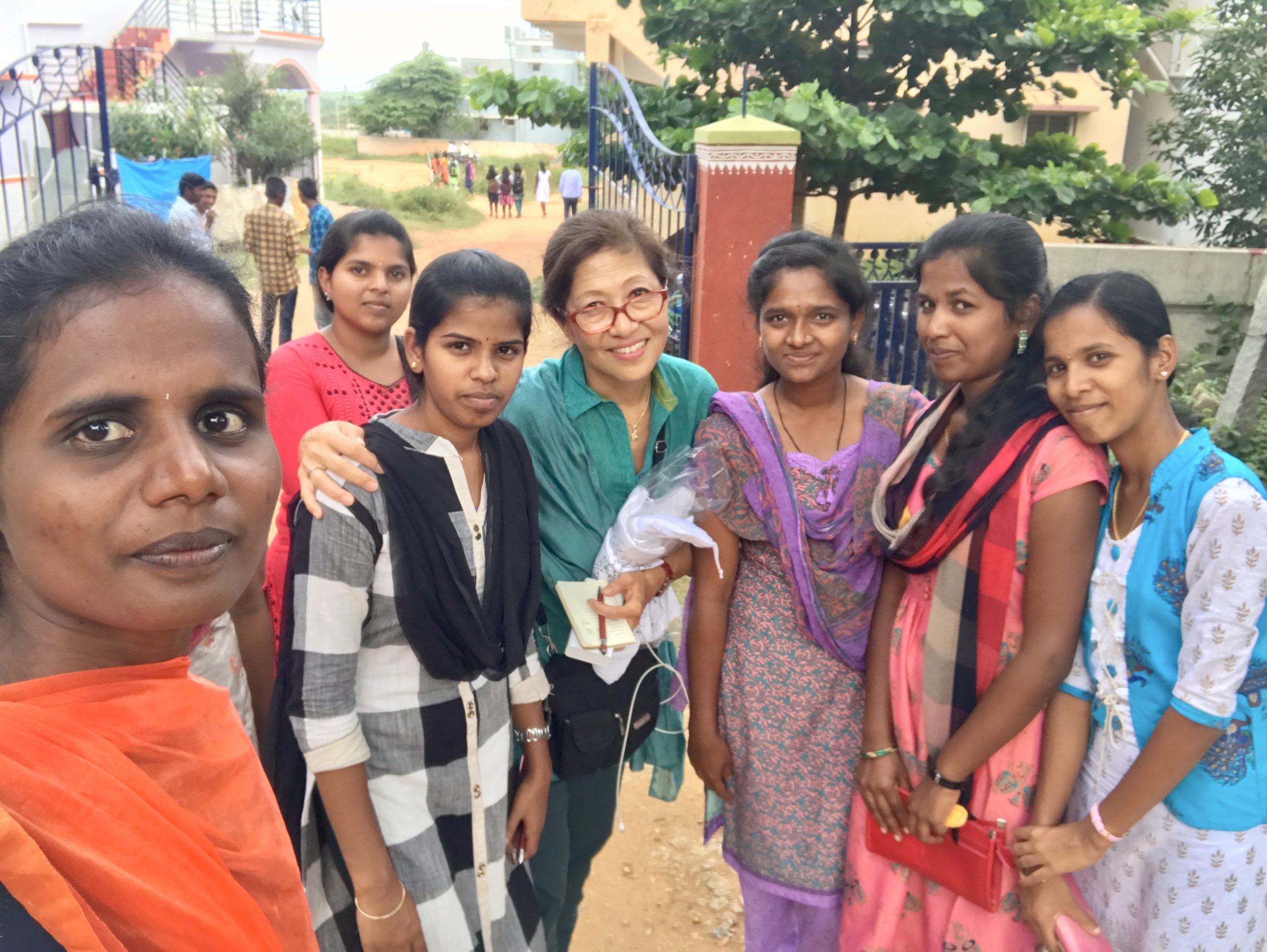 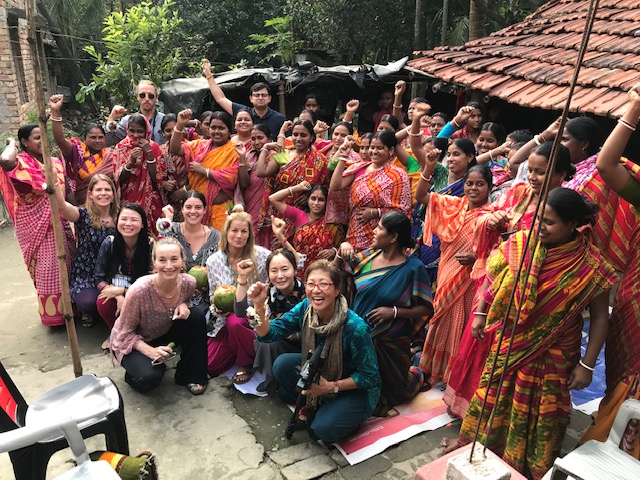 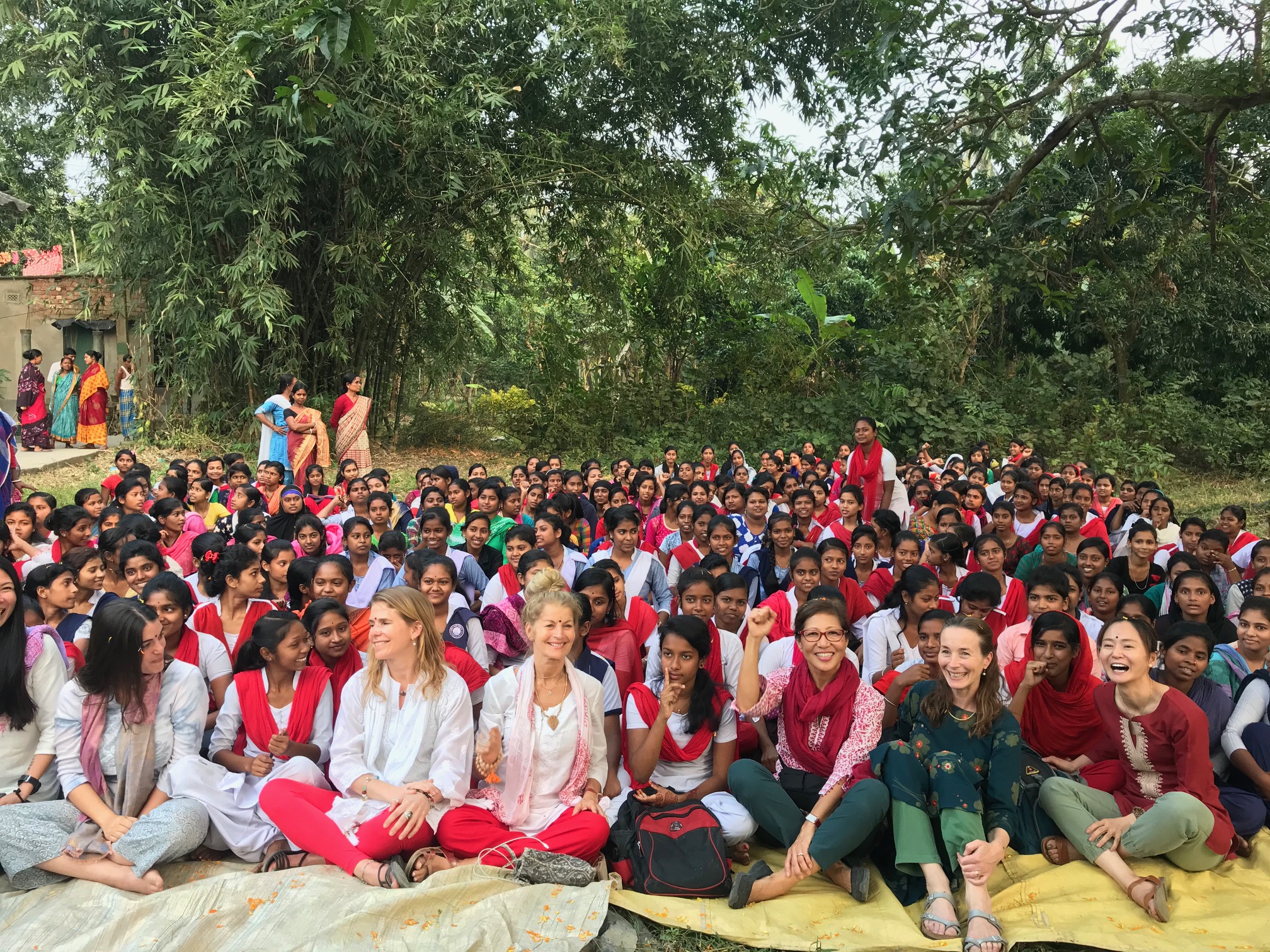