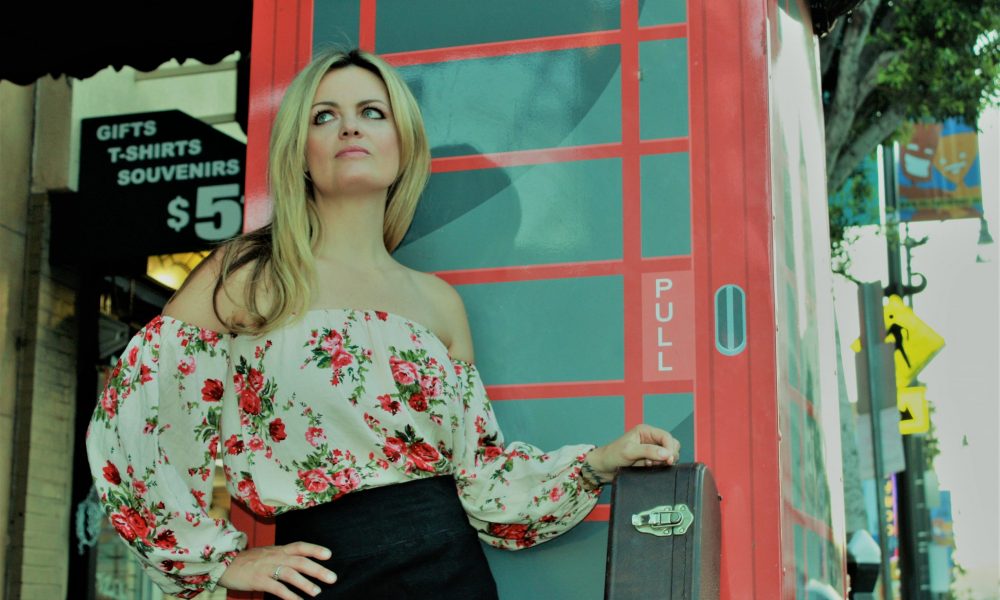 Today we’d like to introduce you to Joanna Duff.

Joanna, please share your story with us. How did you get to where you are today?
I am a singer-songwriter based out of Los Angeles. I am California born – Monterey to be exact – but Southern bred. I grew up near Quantico, VA, which is the headquarters of the Marine Corps (my father was a Marine and I grew up in the Marine Corps family). I technically began my musical journey one Christmas when Santa gifted me a Muppets keyboard (which I still have), but I started writing my own music and playing open mic nights while attending the University of Georgia in Athens, GA. I recorded my first album, “We Are the Lucky Ones” at East Atlanta Records with Sean McPherson in 2015 and it’s dedicated to my late father who passed away on October 2014.

This is my second round in Los Angeles. I moved west after college, but the timing wasn’t right and I ended up back east in Atlanta. I was able to network and find my place among the Atlanta music scene, performing regularly at Atlanta’s legendary Smith’s Olde Bar in Midtown with ‘The Lucky Ones’ band Ann Moceyunas (cello), Sanjay Kothari (lead guitar and background vocals) and Jennifer Tullar (background vocals). But I felt pulled back to west coast and I’ve been back in LA for nearly three years now and I am thrilled to be here. I love the energy and connecting with so many creative spirits. It’s really an invigorating place. I’ve performed out in Hollywood and have had a few gigs at local wineries, which is really fun. I always connect with the best people at those gigs and my friends really like them as well.

This year, I shot my first music video for an upcoming single release. I worked with LA-based producer Kyle Burke on the music for the song “Other Than You.” I really wanted to evolve my sound into a richer, dreamier, moodier feel but stay true to my folk roots. I wanted to create something that the band back in Atlanta would be proud of! I’m really proud of it, I think it’s some of the best music I’ve made yet.

Great, so let’s dig a little deeper into the story – has it been an easy path overall and if not, what were the challenges you’ve had to overcome?
Pretty sure everyone in LA knows- anyone in any sort of creative industry especially – LA can be a tough place. LA can break down your spirit if you let it and it really challenges you in ways you don’t expect. It’s a grind. It’s hard. I wasn’t prepared for it the first time I came out here. I feel stronger and more prepared at this stage of my life to be here, though. Thanks to very supportive friends and mentors, I’ve grown, I’ve gotten stronger, and I’ve gained more confidence in myself. I think that’s really important. You have to believe that you have something worth sharing with the world.

Another thing that held me back was a fear of exploiting myself. It’s ironic really when you think about it. I have a background in Marketing, so here’s this really keen Marketer advising others but is uncomfortable promoting herself! But you have to get over that. Again, it goes back to believing in what you are offering and knowing you are good enough. You are pouring your heart out on the page. You are creating good stuff. And not being derailed by criticism or feedback, but using it in constructive ways.

Please tell us more about what you do, what you are currently focused on and most proud of.
I think it’s really important to give back to our communities and I’m really lucky to have a gift I can use in this way to support philanthropy. I really strive to think of new ways to use my music to support causes I care about. I am an avid supporter of the Songs for Kids Foundation and have performed in the Songs for Kids “500 Songs for Kids” fundraiser since 2009. It’s a really amazing organization that brings music to kids battling illness and other hardships. Music is really healing and it’s incredibly powerful to see the positive affect of music in these kids’ lives.

When I started thinking of treatments for a music video to accompany the release of my new song, “Other Than you,” I had regular meetings with Director Dustin Jacobs (another Atlanta – LA transplant) and I knew I wanted it to be bigger than just me recording a cool video to share with fans and friends. I knew that I wanted to somehow incorporate a cause I care about into this project. A way to benefit rescue dogs seemed like an obvious choice. My family adopted our first puppy from a local shelter when I was a baby and since then, we’ve collectively raised over ten dogs – all rescues and all amazing dogs. I would never think twice about adopting a dog from a shelter, but I know many other people don’t think they can find their perfect dog there. And I want to change that.

We teamed up with Wags and Walks, an LA-based dog rescue and adoption center and the video was partially filmed at their location and features several dogs that have since been adopted through the organization. The organization was founded in 2011 by Lesley Brog to break the stigma that rescue dogs are damaged goods, and to help decrease the number of euthanized dogs in local Los Angeles shelters. All of our actors all worked without pay so that the funds could go towards a donation to the center.

Since partnering on the video, I’ve also found a place at Wags and Walk as a volunteer. They have an amazing volunteering program where it is easy to get involved and help by walking dogs at the center, transporting dogs to vet appointments or adoption appointments or representing the organization at fundraising and awareness events. It’s a wonderful way to feel part of a community and larger purpose.

I think going forward, I’d love to work with other causes for future song releases and I even created a “Songs For…” section on my website to highlight other musicians doing similar things! And of course, finding new channels to help these causes with music.

I am excited to continue performing and I am looking forward to getting back into the studio soon for my next project.

Is there a characteristic or quality that you feel is essential to success?
It takes a lot more than just talent. It’s a little talent, a little luck and a lot of drive. You have to also think outside of the box. There are a million people just like you, how are you going to stand out? 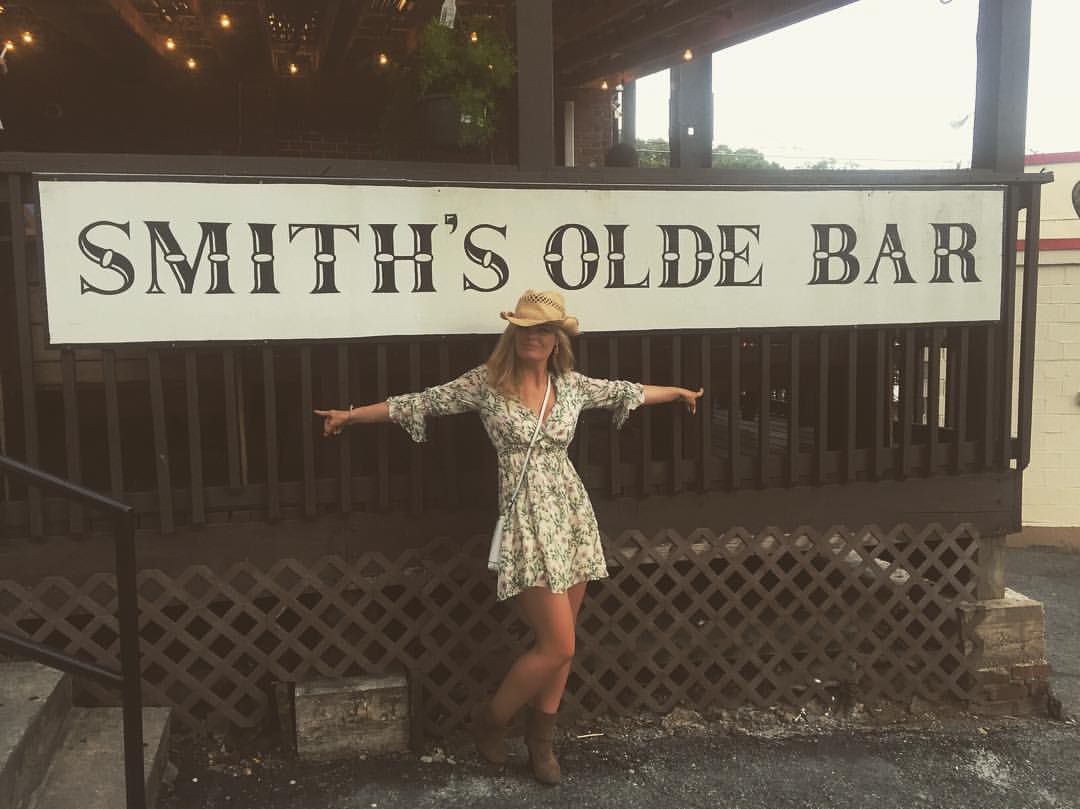 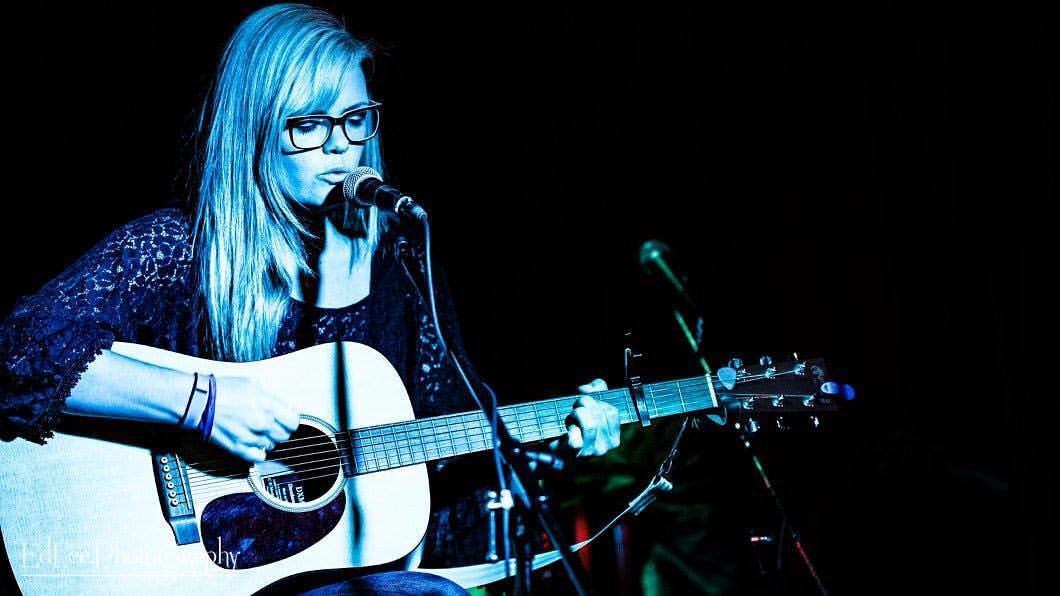 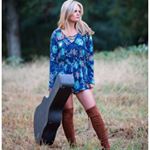 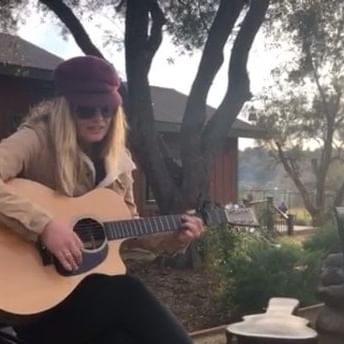 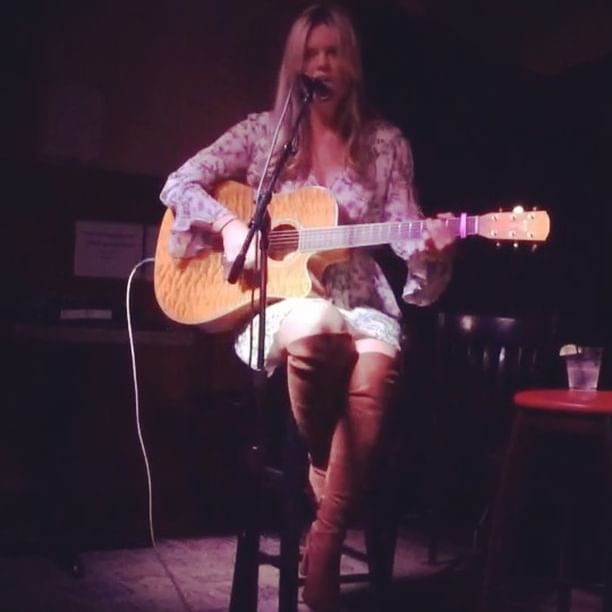 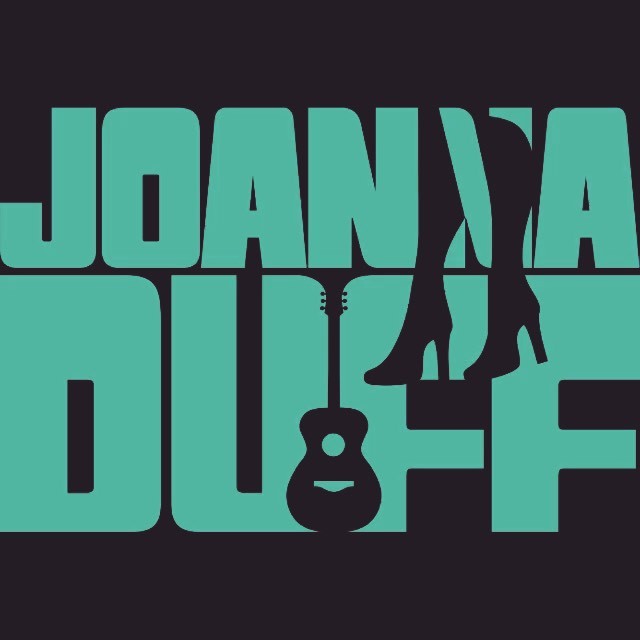 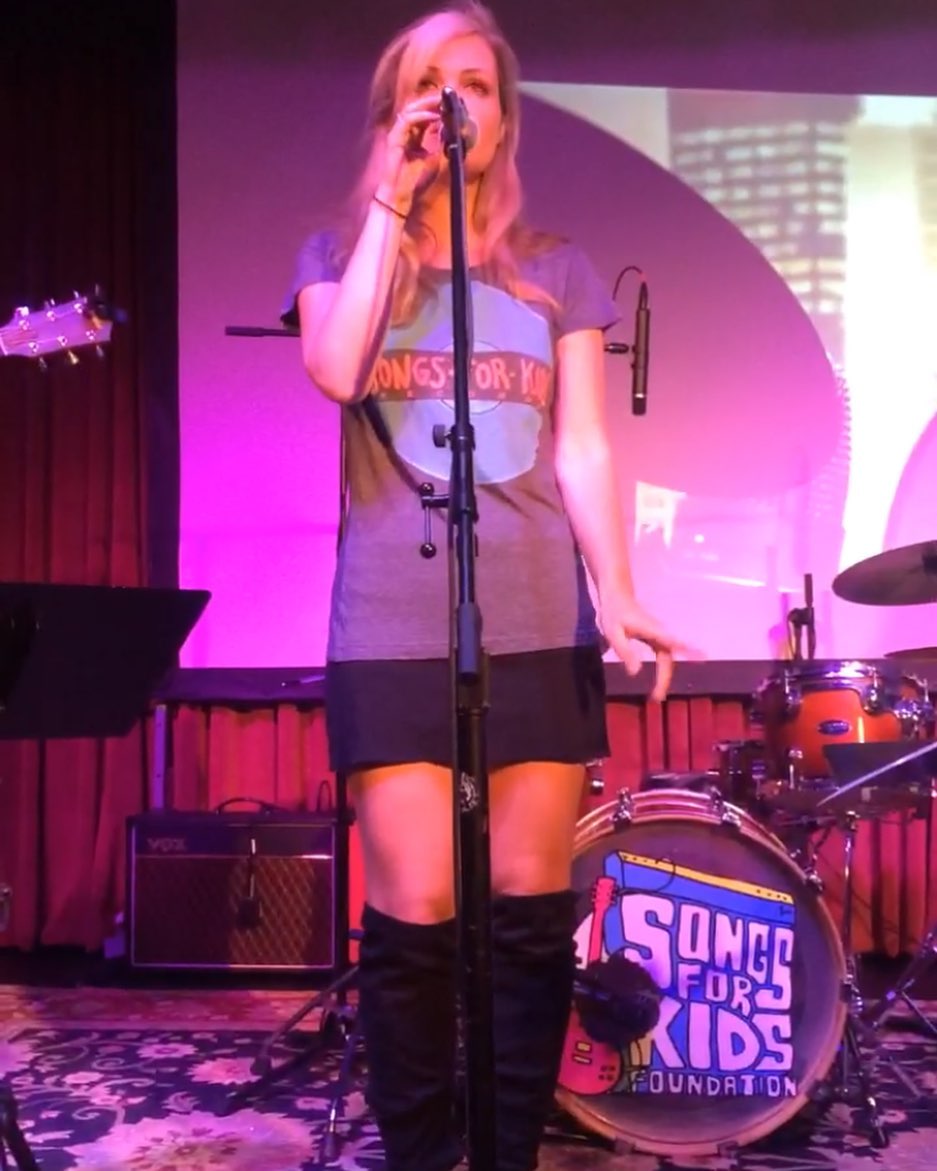 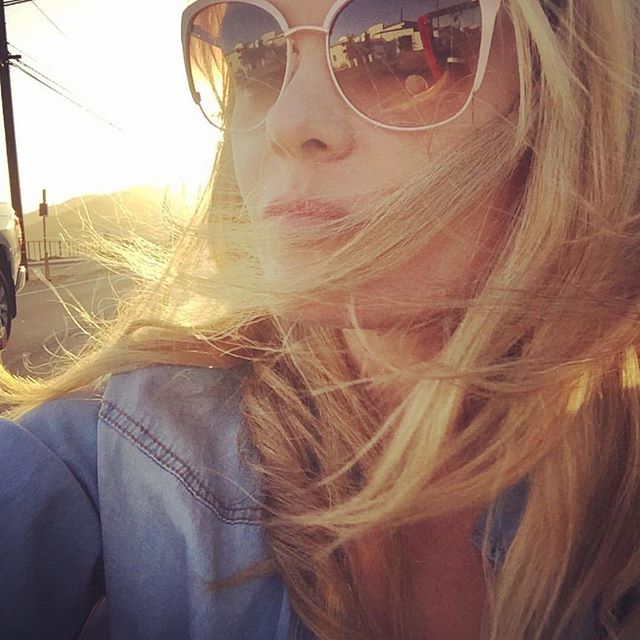 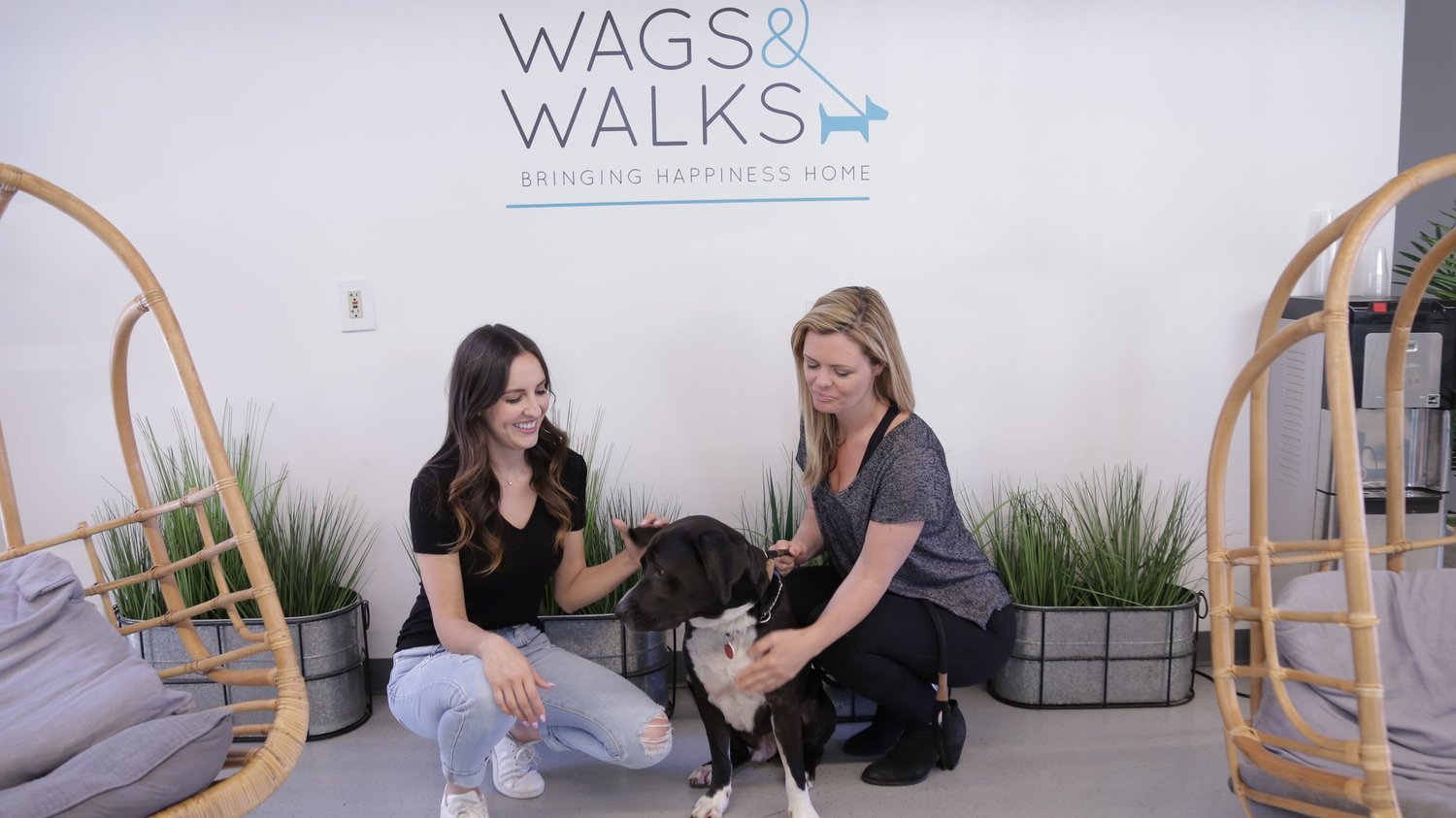