Meet Jason Akers of Sparks and Shadows in Culver City 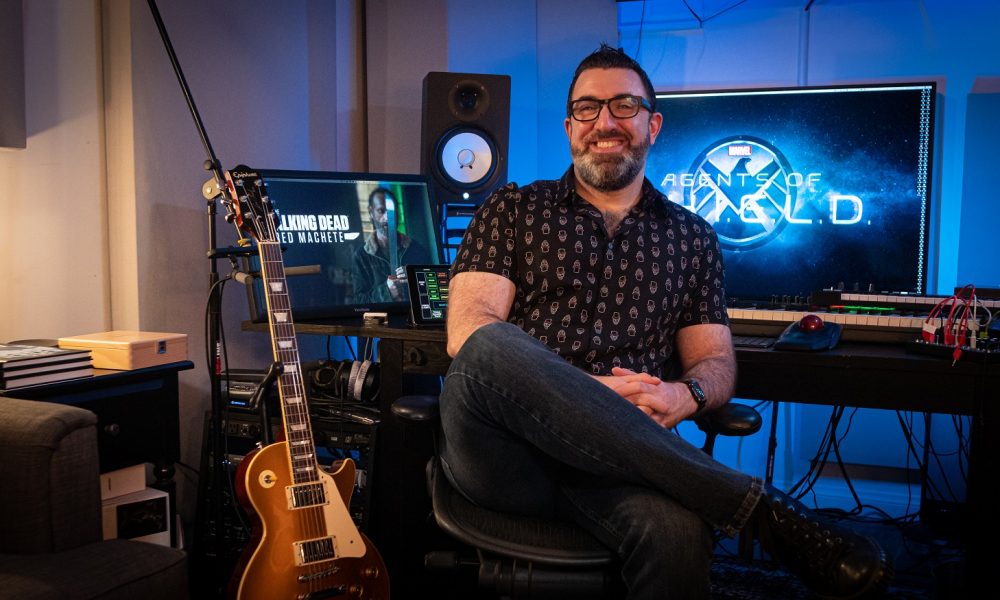 Today we’d like to introduce you to Jason Akers.

Jason, let’s start with your story. We’d love to hear how you got started and how the journey has been so far.
After graduating from Berklee College of Music in 2011, I immediately moved to LA to pursue Film Scoring. My early time here was filled with all sorts of interesting opportunities. Within the first year or so, I found myself interning for composers such as Henry Jackman and Heitor Pereira. I also found myself engaging in a laundry list of side gigs, from Orchestration, Arranging and Engraving some of the many works of the great Alex North for his Daughter in Law, Abby North, to writing library music of different types, and even arranging pop tunes for use in music boxes. Let’s just say, I’ve had a wide range of experience trying to make a living in this business.

In 2014, I came across an internship opportunity for composer Bear McCreary’s Sparks and Shadows. After finishing my internship in the early part of the year, I was asked to contribute additional minutes for various projects the team was working on at the time, like The Walking Dead, Outlander and Agents of Shield. In 2015 I was hired as a full-time staff member and have been contributing greatly to the artistic direction and management of many of the projects our company handles ever since.

On top of the many additional minutes of music I’ve written for Bear, I’ve also found time to work on my own projects as well. Notably, in 2017, I co-scored the latest installment of Adam Green’s legendary Hatchet Series, Victor Crowley and the Emmy Nominated Web Series The Walking Dead: Red Machete for the visionary director Avi Youabian, with my good friend Sam Ewing. Also, in the summer of 2020 you’ll see my name next to Bear’s as Composer of the seventh season of Marvel’s Agents of Shield.

Great, so let’s dig a little deeper into the story – has it been an easy path overall and if not, what were the challenges you’ve had to overcome?
It’s been tough at times, but I think you’d hear the same from anyone. There was a time before I was working for Bear that I just wasn’t getting gigs. I was broke and working at a coffee shop just trying to get by. I was able to find a few students to teach guitar, but that was the only money I was making with music. You start to doubt yourself during times like these and I almost packed everything up and moved back to Houston. But, I just kept pushing forward looking for any opportunities I could find. I think the ultimate keys to success in any business are hard work, keep perfecting your craft and never give up.

It’s also tough once you start doing the thing that you want to do, I’d actually say it’s tougher at that point. Many long days and nights working hard, staying focused on what’s in front of you. As you grow and gain more traction in your career, you’ll find that many more people are counting on you to show up and deliver. That pressure can be a lot at times, but you’ve just got to remember that you are where you are for a reason and press ahead. I personally find that the tougher the obstacle in front of me is to conquer the more I am able to buckle down and create some really awesome work.

Please tell us about your work. What should we know? What do you guys do best? What sets you apart from the competition?
We provide original music for all manner of visual media. Working alongside Bear, I’ve written additional music for many projects like Marvel’s Agents of Shield, The Walking Dead, Black Mirror, The Happy Death Day franchise and God of War.

If I had to pick something to say I specialize in, I’d say sound design and electronic music. I love spending hours with my synthesizers making unique sounds. The interesting thing for me is taking a simple sound, something that you wouldn’t think would be musical at all and bending and shaping it to be whatever I want it to be. I’ve also found a love for the orchestra during my time with Bear. It really is the most wonderful thing to come up with an idea and then to hear 90 of the most talented musicians in the world perform it. I believe that the natural musical world can both enhance and be enhanced by that of the synthetic and I love to mix my two loves together in new innovative ways. After all, sound is just sound at the end of the day and it’s up to the artist to make it music.

As for what set’s us apart, I’d say it’s our commitment to having music engage with the drama on screen rather than just be a backdrop for it. The most important lesson I’ve learned from Bear is that music is a character just like those on-screen. It has a major role to contribute to the story and the art is finding a way to do that in harmony with all the other elements involved, dialogue, sound effects, lighting, special effects, etc.

We always love to ask about the support network – have there been people, perhaps mentors or advisors, who have played a big role in your success?
My mom has been the biggest advocate in my career by far. She’s the one that has always believed in me and pushed me to keep going. She’s always been the example for me, working hard, keeping positive and never giving up since I was a little guy.

Bear has been a great mentor to me. He’s been so generous with his time and his knowledge and has become a close friend over these years we’ve been working together. It’s really a privilege to collaborate with a person who is so good and so passionate about what they do. To learn and grow alongside a person like that really sets you on a great path toward success. 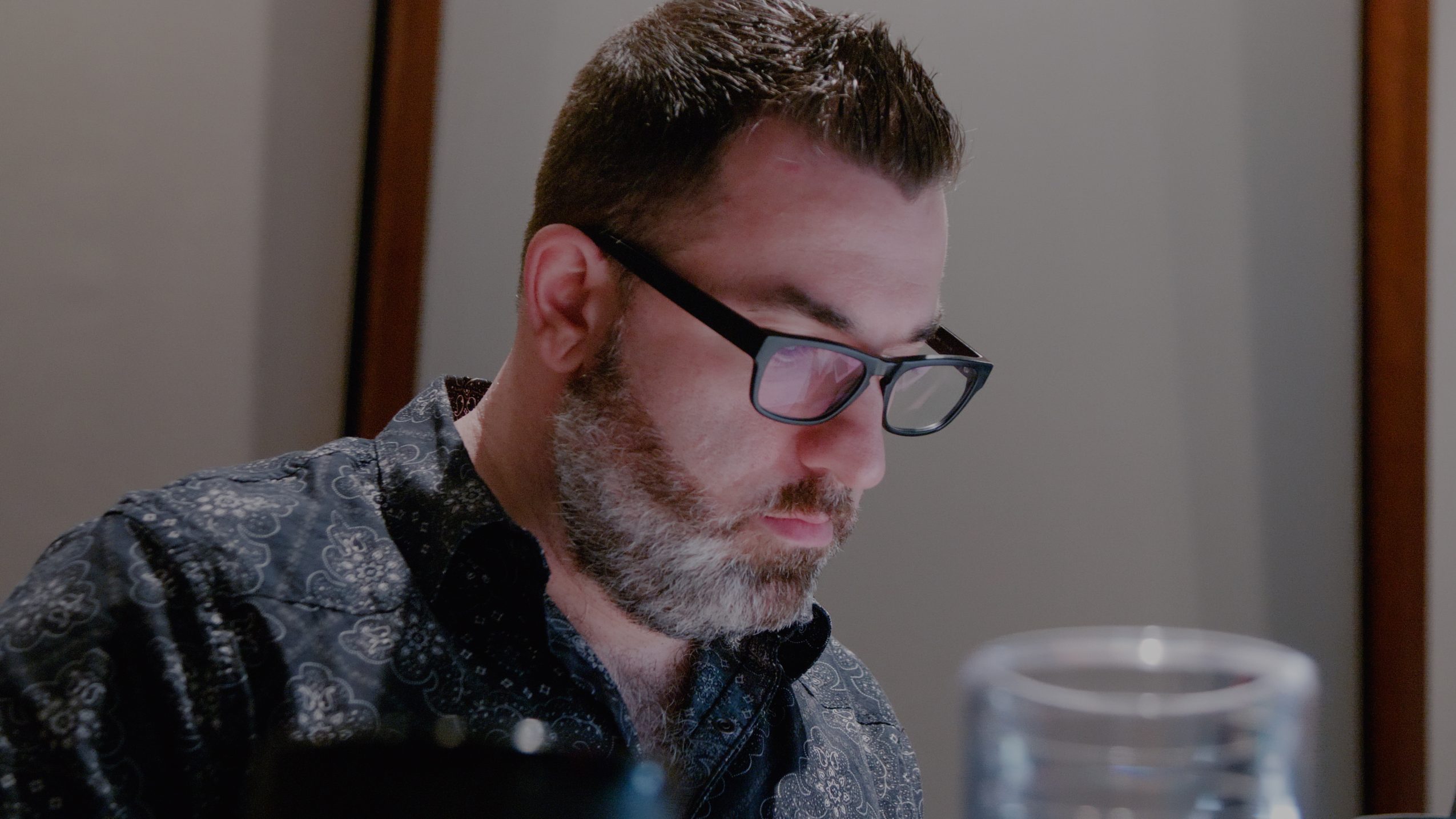 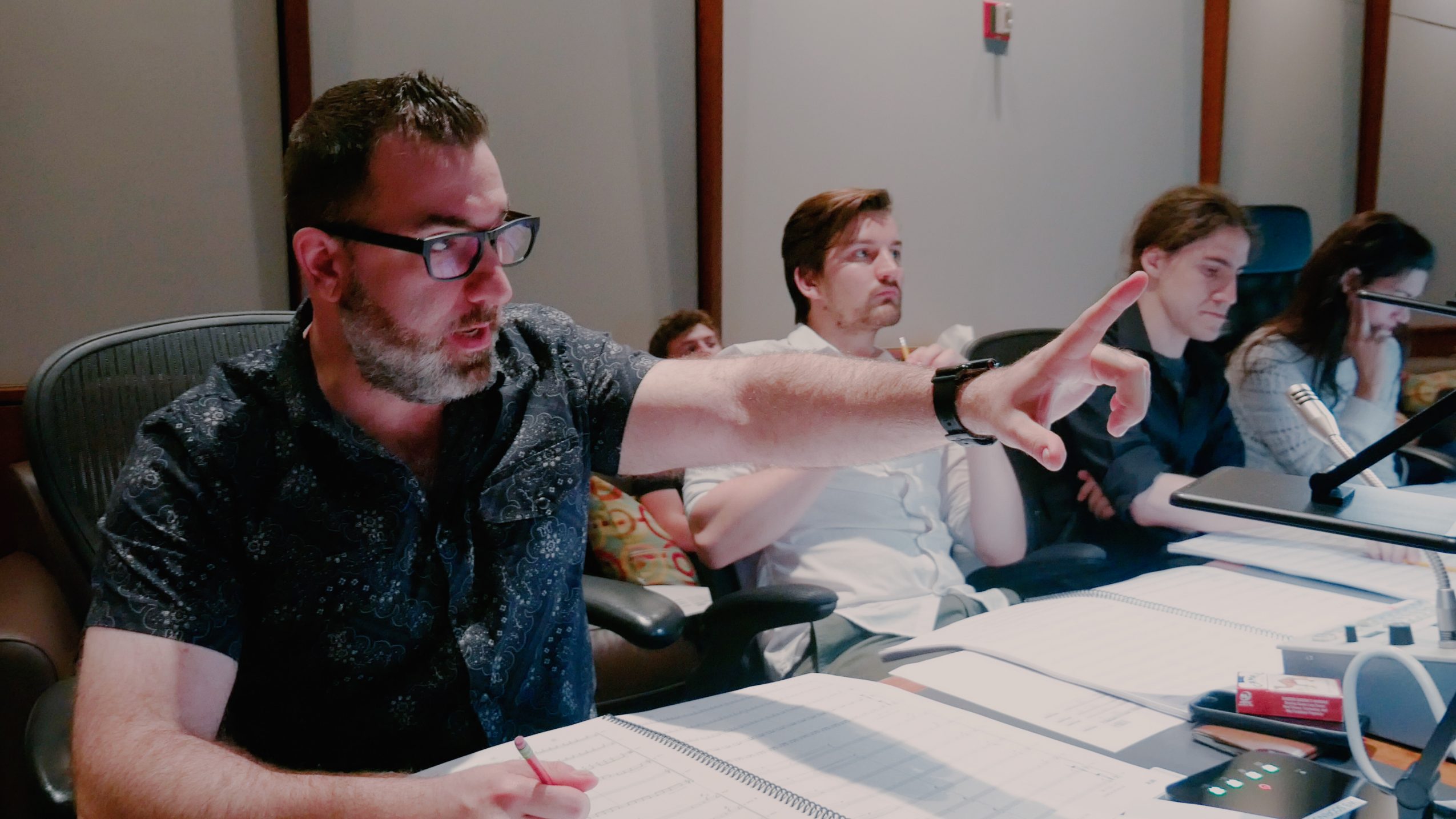 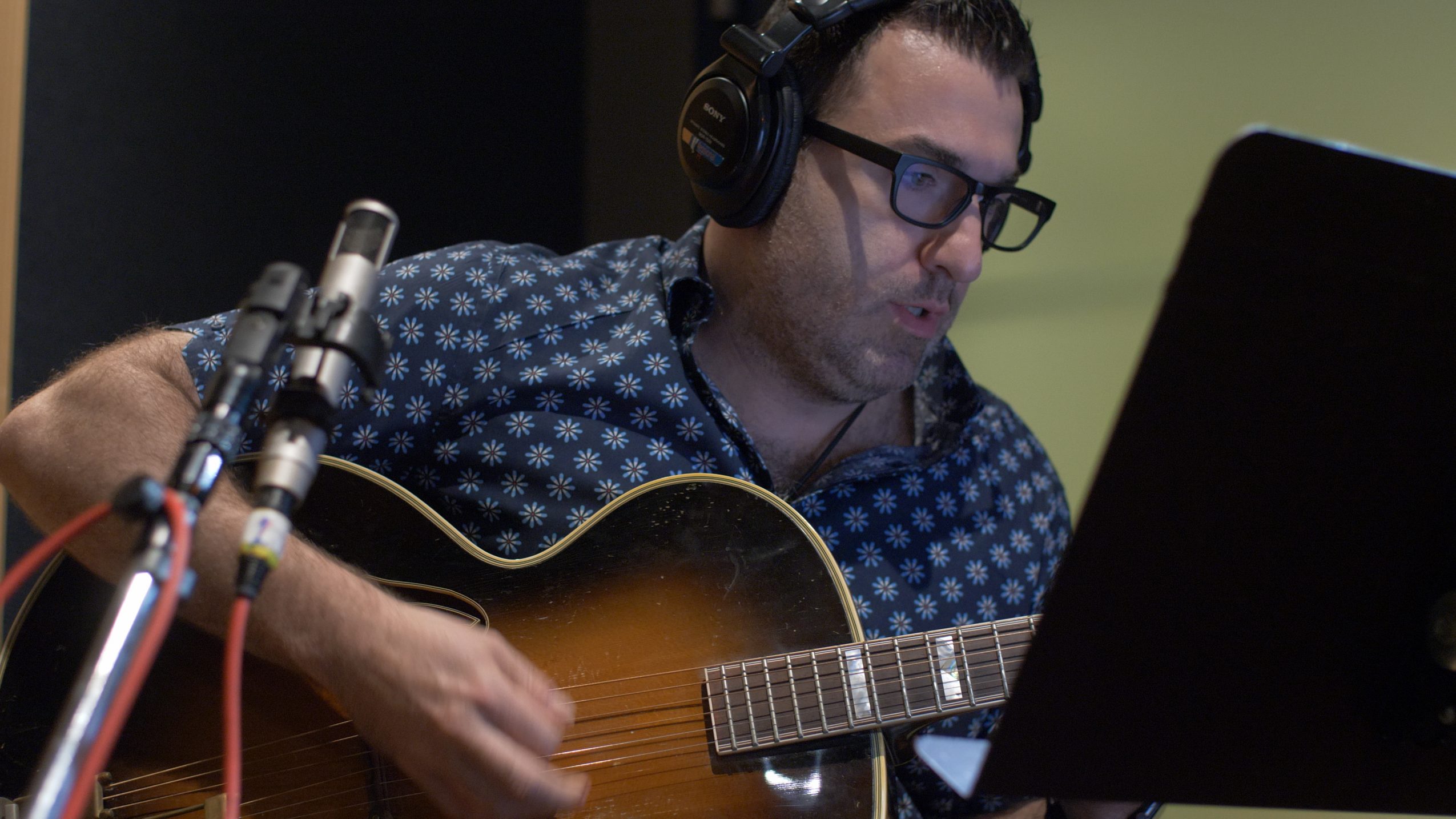 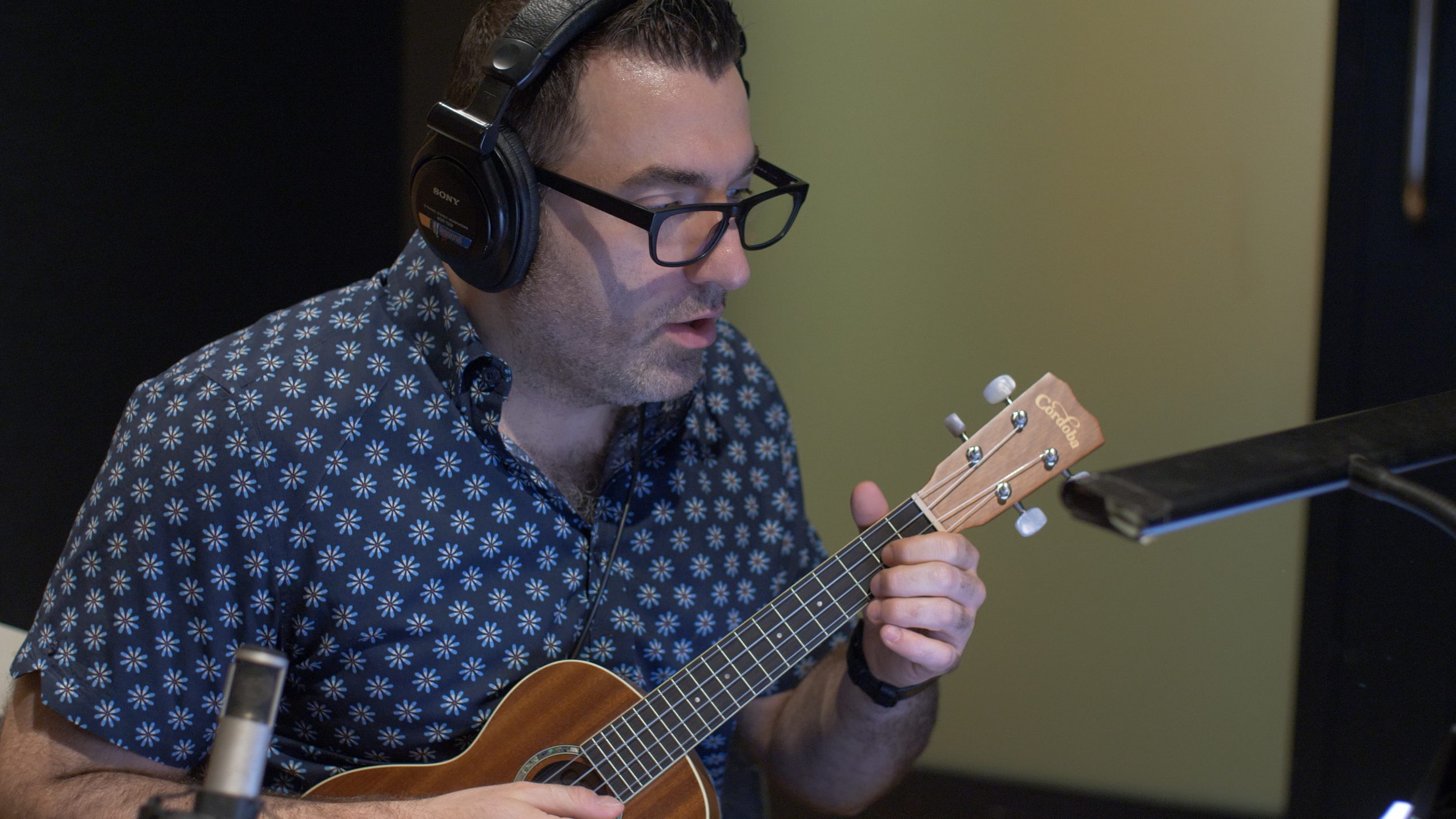