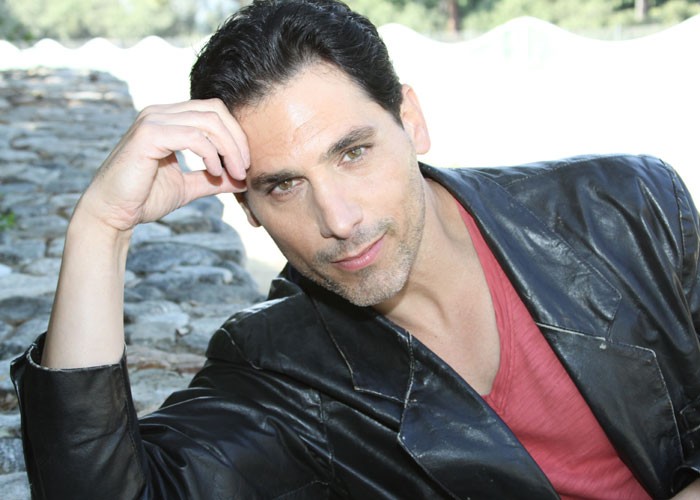 Today we’d like to introduce you to Michael Cavalieri.

Hi Michael, we’re thrilled to have a chance to learn your story today. So, before we get into specifics, maybe you can briefly walk us through how you got to where you are today?
I’m originally from Whitestone, Queens, New York. I was a collegiate athlete hoping to go pro but injuries derailed my football career. So, I was left with no alternative but to take a 9-5 job. I started working on Wall Street at an investment firm called “Prudential Bache.” I would take two trains into Manhattan every day and I realized this isn’t what I wanted to do. On one of those train rides, a man sitting next to me started talking with me, he said “You got a great look, you look like a young Ken Wahl from the show Wiseguy.” Personally, I thought this guy was a wack job. At the end of the conversation, he handed me his card. When he got off at the next stop, I curiously looked at the card. He was for real, he was a Theatrical Agent at J. Michael Bloom.

So, after a few weeks, I decided to give him a call. I went to his office, he tossed a few pages on his desk and said “Read em.” I said “Read what?” he goes “The scene!” I said “How?” He said “Just read it.” So, I read it and afterwards he said ” That’s pretty good, you’re a natural.” And that’s how my journey started. He was moving to LA to start a management company and asked me to come. And being miserable working 9-5, I decided to give it a shot. Plus, it was wintertime in New York. How can I lose? I had my first real audition in LA and I landed a small part on a TV show and then a few months later, I booked a part in a movie called “Book of Love” for New Line Cinema. I thought this was going to be easy but, then the real journey began…

We all face challenges, but looking back would you describe it as a relatively smooth road?
No, it wasn’t easy. After landing a couple of nice jobs, my mother Mary, my heart and soul was diagnosed with cancer and I had to move back to New York to help my family take care of her. There was no question what I needed to do… to be by her side and put my acting career on hold. After many conversations with her about life, she inspired me and made me promise to go after my dream with everything I had. I promised her I would. She passed and after a few months, I returned to Los Angeles struggling emotionally but trying to find myself. I found a manager, Steven Adams. We were both relatively new to the business, but with him behind me, I felt like I had somebody fighting for me. A few months later, I landed one of the leading roles in the Karate Kid franchise “The Next Karate Kid” starring opposite two-time Academy Award Winner Hilary Swank. It was a tremendous experience…

Just when things were looking up, another bomb dropped… My father Louis had taken ill and I needed to go back to New York and help take care of him. So, I put my acting career on hold again. After he passed away, I came back to Los Angeles and tried to reboot my career. But, it was extremely difficult. I worked here and there but, I wasn’t having the success I had on my initial move to LA. It was a struggle financially and after losing both my parents, I was struggling emotionally, so I left the business for a while to get myself together. But, through all of these struggles, I kept searching. I wanted back in. But, I wanted to do it on my own terms. So, I started to write. All of those painful experiences that I was hiding became the fuel and inspiration to help me write several screenplays.

As you know, we’re big fans of you and your work. For our readers who might not be as familiar what can you tell them about what you do?
My first film “Ritornato” that I wrote, directed and starred in was awarded a special grant by the Russo Brothers who are the Directors of Avengers: Endgame, the National Italian American Foundation and the Italian Sons and Daughters of America. “Ritornato” is based on a true story and shot entirely on location in Limina, Sicily the town where my Grandfather Agatino was born. I used only the local people in the village, not actors and shot my film in neo-realistic fashion. It’s a story of a man who goes back to his roots to fulfill a promise made to his dying mother and in turn finds out a family secret that will change his life forever. My film went on to win many film festivals in 2019/2020. It won “Best Dramatic Original” at the WorldFest in Houston and also won the “Audience Award” for best film at the New Filmmakers Film Festival in New York City. We were nominated for “Best Picture” at the New York Movie Awards and selected for an award at the Best Shorts Film Festival. “Ritornato” was the only Sicilian-American film chosen for the prestigious Taormina Film Festival in Sicily. But, it was regretfully canceled due to the pandemic. Most recently, I was nominated for the “Best Director Award” for the London Short Film Festival.

I hope that my film can awaken and inspire other Sicilian-Americans or Sicilian filmmakers of my generation to go back, search for their roots and share their own stories. The Sicilian culture is very special to me and I believe we have much more to offer than to just tell the stereotypical kinds of stories of mafia etc. I am very proud to have been named Town Ambassador of my ancestral village Limina by Discoverplaces.travel. Also, I have been asked to be on the board of Splendid Sicily, a wonderful museum of Sicilian art and culture. We should never forget the struggles of all the immigrants who came here to give us a better life. We must remember it was not too long ago that we were considered slaves to some or the unwanted immigrant. But, the passion, the love, the hard work and the relentless pursuit of a dream of those immigrants paved the way for a new America.The Sicilian culture is loaded with beautiful art, literature, history and let’s not forget great food!

I will continue to try and portray Sicilian-Americans in a positive light through my films. What sets me apart from others? I never quit. If I believe in something enough, then I can make it a reality. I always try to follow my dreams. I never directed or wrote before. But, the WANT to do it and the DESIRE to get it done for the memory of my mother and grandfather fueled my every moment. Many people during my journey told me I was crazy to try and do this film in Sicily. But I refused to listen. I wanted to honor my grandfather and mother for what they sacrificed and gave me in life and NOTHING would stop me. It was never about the money, it was never about anything more than the love for two people who changed my life. I am blessed. 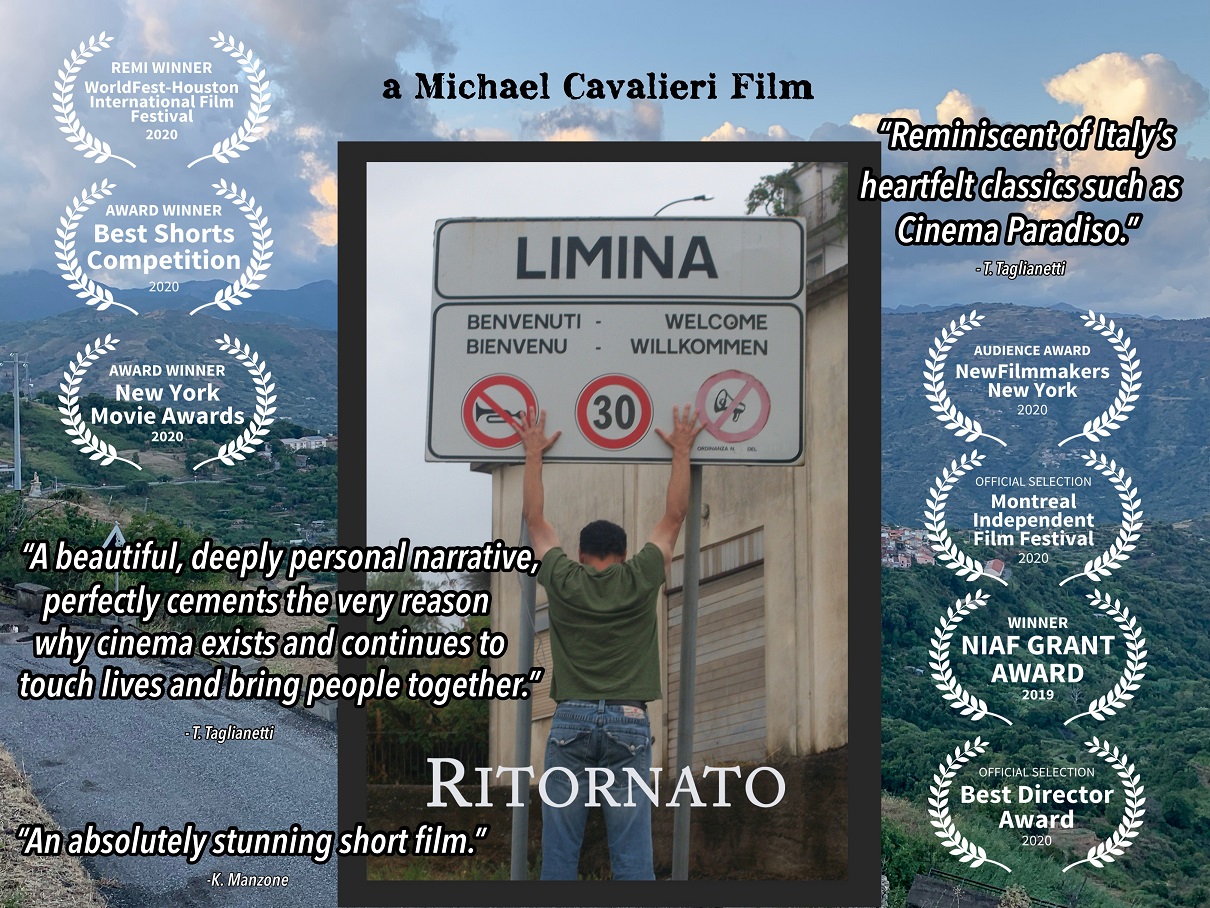 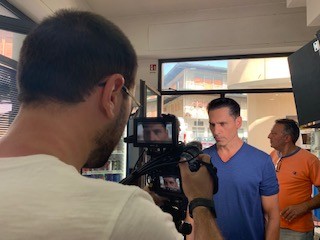 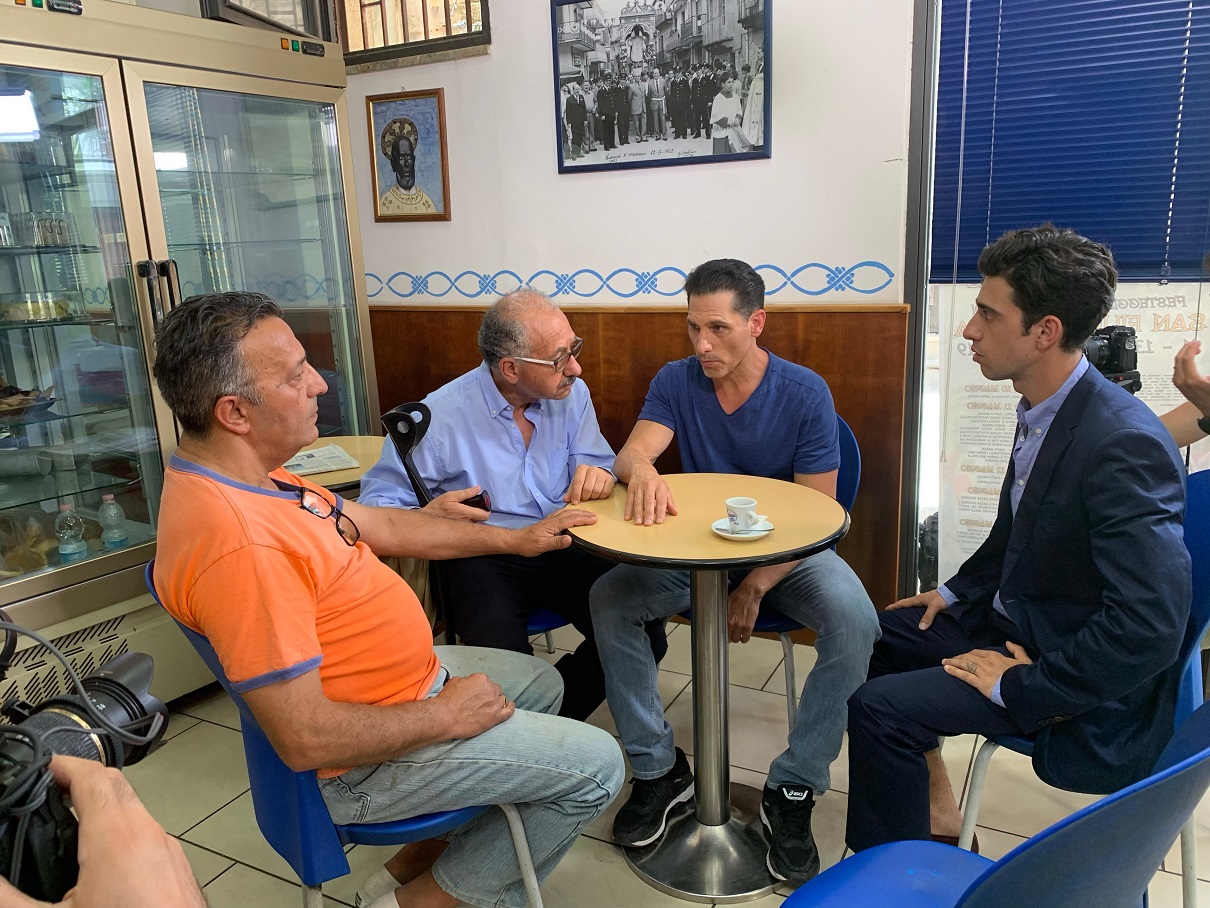 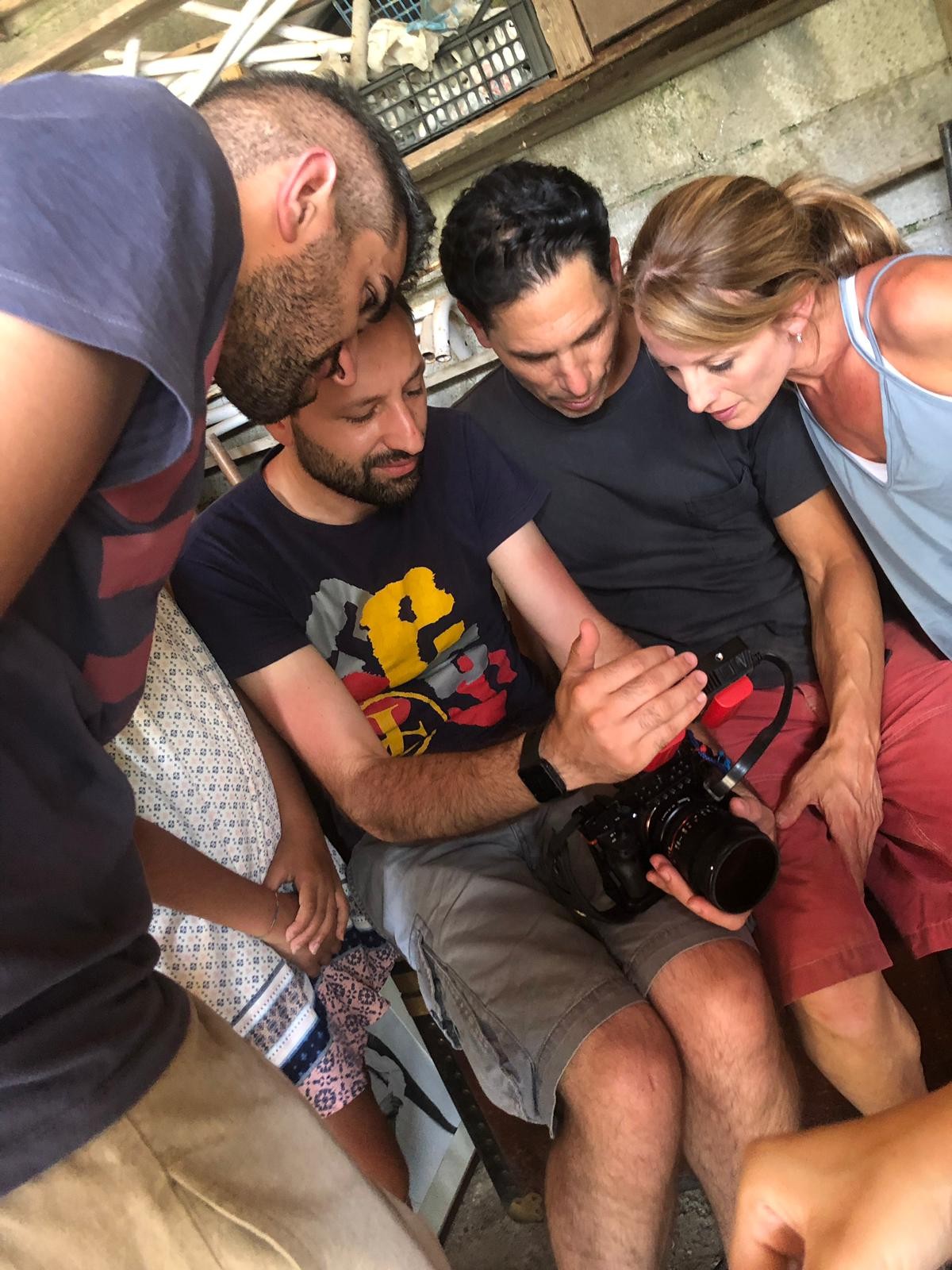 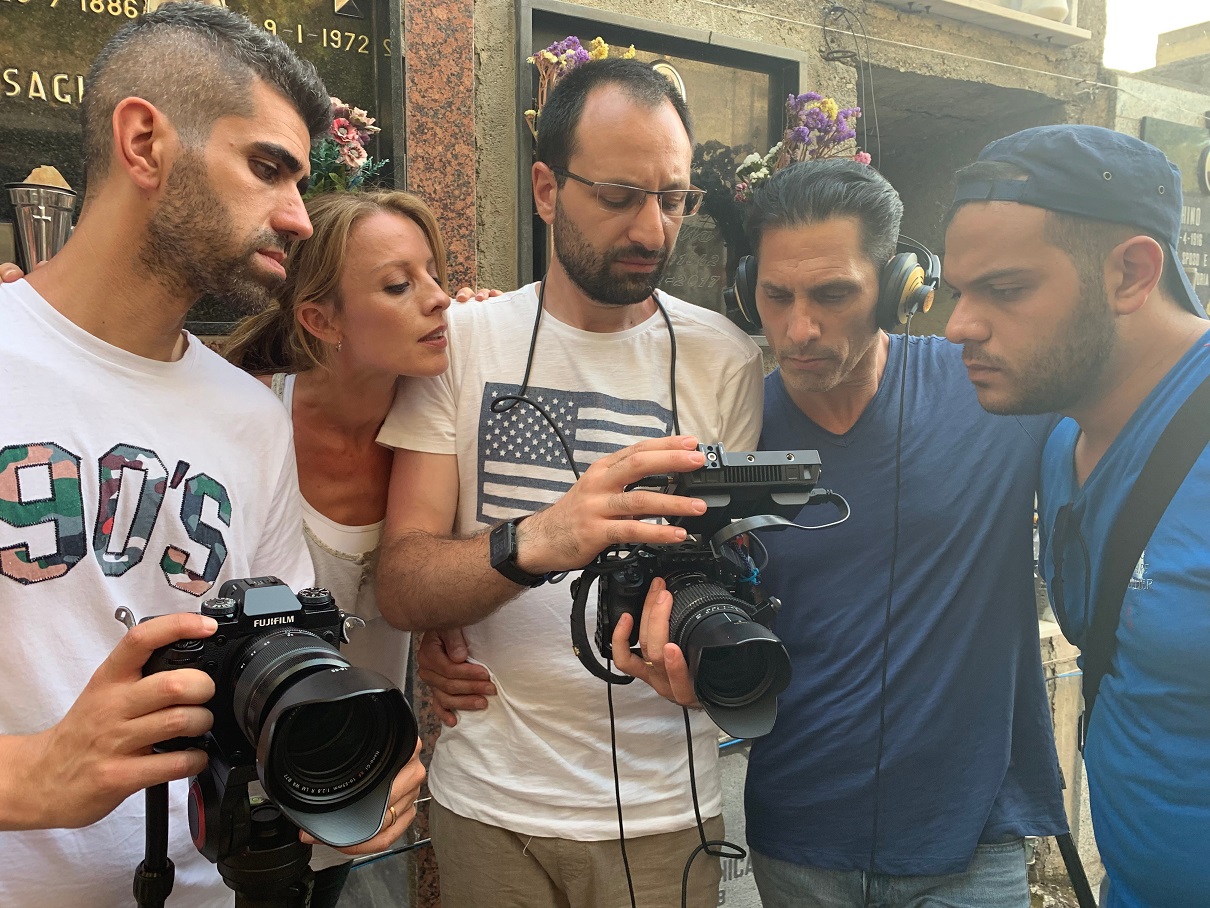 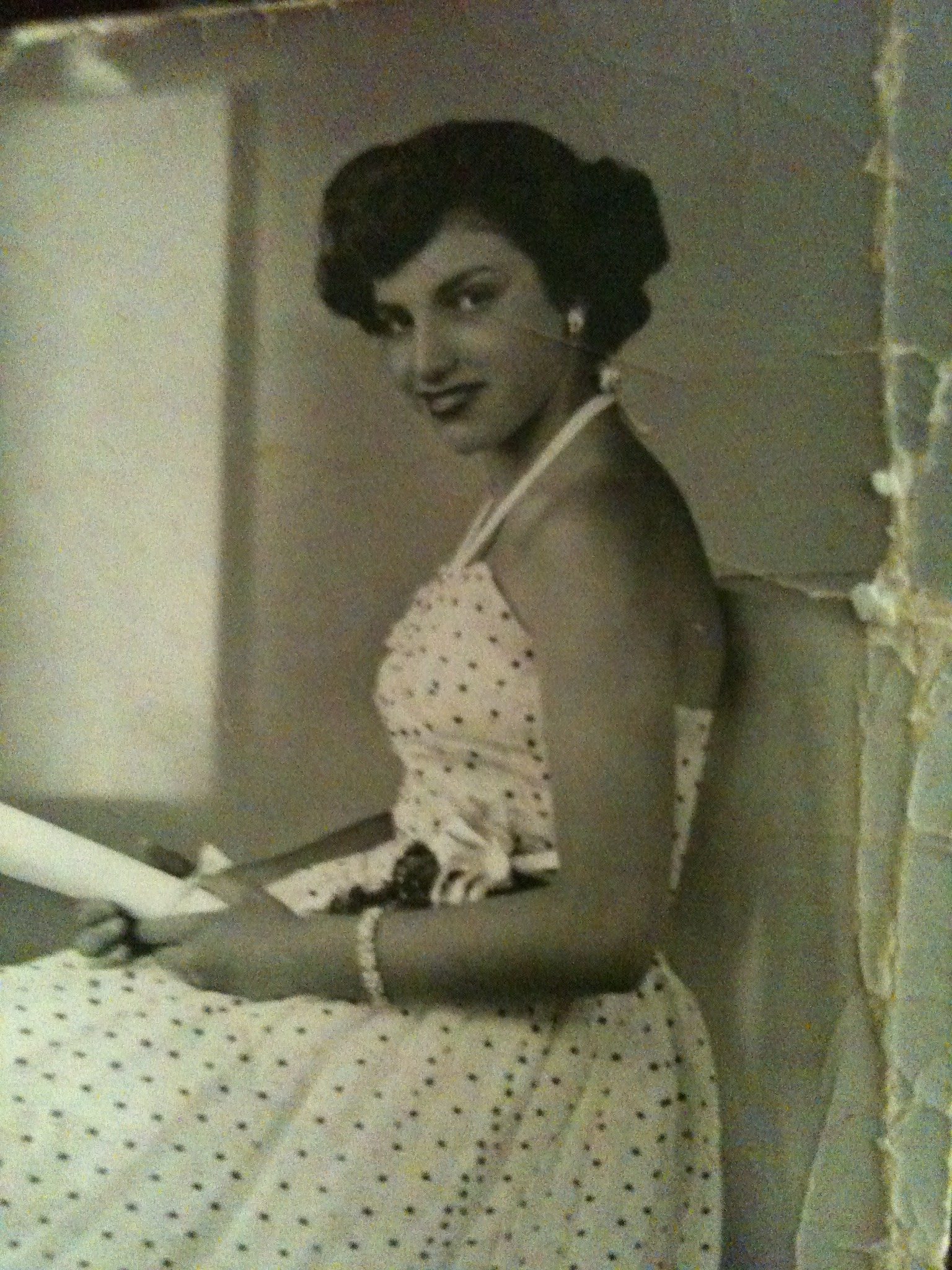 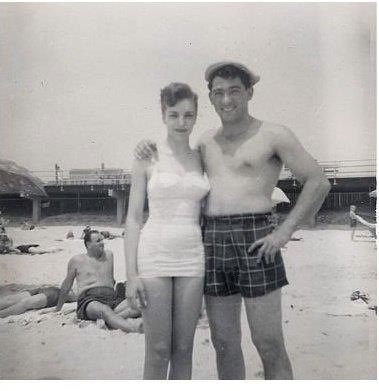 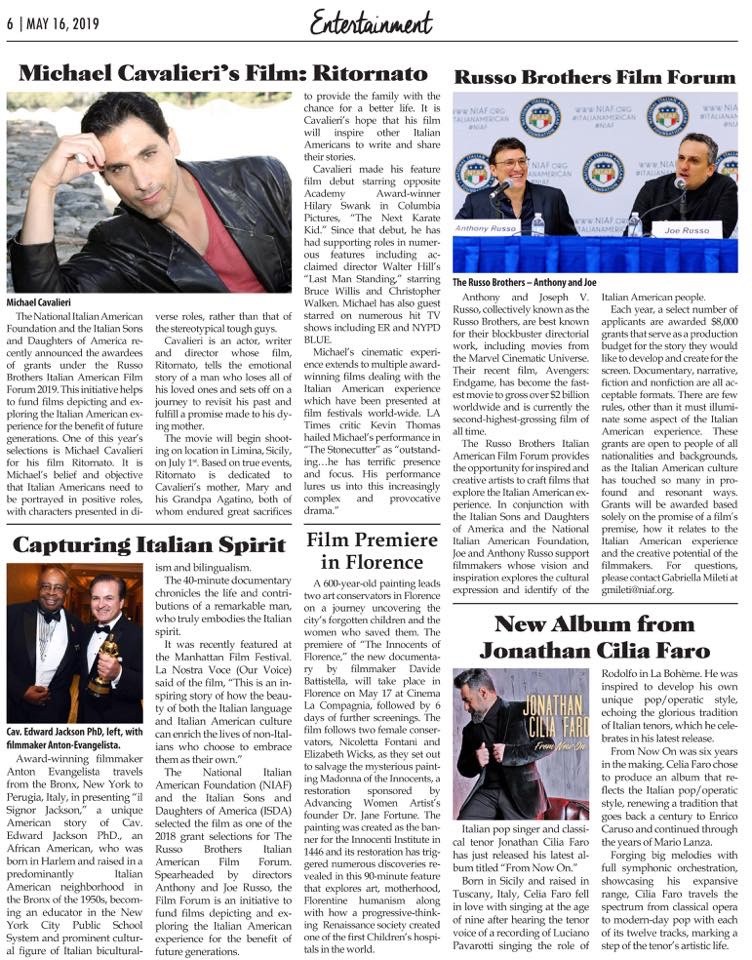