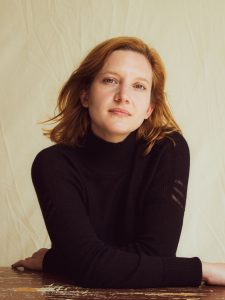 Today we’d like to introduce you to Chloé Hollings.

Hi Chloé, we’re thrilled to have a chance to learn your story today. So, before we get into specifics, maybe you can briefly walk us through how you got to where you are today?
I was born in 1988 in Paris, then grew up between Australia and France in a bilingual and multicultural family. As I spoke English, I started working in voice acting at the age of 8. At 11, I joined the Collège-Lycée International de Paris, Honoré de Balzac, and ended up obtaining an International Degree in 2008. I then entered a prestigious literary curriculum, Hypokhâgne. But the rigidity of this elite class burned me out at only 18… I then allowed myself to explore a more joyful path and to be an artist. Theater, cinema, directing, classical singing, writing… I successfully explored all facets of my creativity for ten years. In 2016, my first book, “F * ck les regimes!” was published by excellent French publishing house, Payot. That same year, the famous video game Overwatch made me known worldwide and I began to travel internationally to meet my fans, sign autographs, etc. This is when I visited Los Angeles for the first time as a guest to Blizzcon and felt at home there. For the second time, here I was giving up everything to listen to my inner voice. I moved there in 2019 as a single woman. In 2020, in the midst of the global health crisis, I shot the first series directed by Julie Delpy, On The Verge. A series which is, like me, bilingual, and which will be released in September 2021 on Netflix and Canal Plus.

Born in 1988 in Paris to an Australian-English mother, ex-actress that became a journalist, and a French father, a classical flautist, I grew up in France, then in Melbourne from 4 to 7 years old. This long stay brought me one of the greatest gifts of my life: learning and mastering the English language. At eight years old, my mother gave me the second most beautiful gift of my life by introducing me to the world of voice-over… I then worked for big companies such as Hachette, Nathan, Didier, Magnard. This profession will accompany me during the following 25 years and will open the most beautiful doors to me… including the one to the United States!

After my studies, I entered the prestigious theater course of Jean-Laurent COCHET, former member of the Comédie Française. Very quickly after, I was hired as an actress, notably at the Théâtre du Nord Ouest in Paris. I played in France and Dubai for the Alliance Française. Then on TV with Jean RENO in the series “Jo”, under the direction of Jalil LESPERT in “Versailles”, the lead role of Julie in Pascal Vuong’s Imax phenomenon, “Sea Rex”, in movies for Luc Besson such as Valerian and the City of a Thousand Planets. Meanwhile, I continued to hone my voice acting skills. I was one of the most requested actresses in Paris, doing commercials for Hewlett Packards, Lexus, Burger King, L’Oréal, Garnier, Kenzo, Schweppes… So much so that I was spotted in 2015 by Blizzard Entertainment who offered me the life-changing role of Widowmaker…

I then traveled to Europe, America, the Middle East to meet Overwatch fans. My Twitter and Instagram combined number of followers went from 300 to 70,000. I came to live in the USA in August 2019. My lucky star always watching over me, I booked the new Netflix/Canal Plus series with and directed by Julie Delpy.

We all face challenges, but looking back would you describe it as a relatively smooth road?
It never felt like a smooth road while I was living it. Being a creative means living with uncertainty, rejection, doubt… Moving to a different country at 31, and giving up everything you know, was not easy to do. But when I look back, I realize I was actually very fortunate. When I got to LA, the world opened up to me. I found my first furnished apartment through Facebook of all places, completely unexpectedly. The building eventually got torn down and I had to leave, but the owners told me that I could keep all the furniture I needed. I hadn’t lived here six months that I already had a beautiful couch, a bed, a table and chairs, and dishes, and curtains… They were mine! I felt welcome in this city and as if I was being protected. Of course then I had to find another place, but I found a wonderful tenant who simply decided to trust me, even though I was new to the country and didn’t have a great record. Things like this kept happening along the way. Finding a manager, booking my first jobs… Of course that will never take away the years of frustration, of impatience, the moments I failed because I did fail. But it helps to look at the big picture.

Appreciate you sharing that. What else should we know about what you do?
I think what sets me apart from others is the fact that I have a multi-cultural background and can speak two languages perfectly. In my work, this translates a lot. As a result of moving to a different country I was 4, I had to adapt very fast, and part of that meant I had to understand other people. Early on, I felt the need to get into people’s brains and make sense of their behaviors. It’s like second nature to me now. I can “feel” in my body why people say the things they say, where they’re coming from. As an actress (and a writer!) it’s a real superpower. The essence of my work is to understand other humans’ perspectives. Once I do that, I don’t even have to “act” anymore — just live. Live as the person with those values, those opinions, this background, those desires. I’m really proud of the fact that I never shy away from the reality of a character, as hard as it may be. My job isn’t to say lines but to create a person for which saying those words become the only viable option.

What’s next?
I have a few film projects in LA that I’m not allowed to talk about yet! And I’m currently writing on my second book… 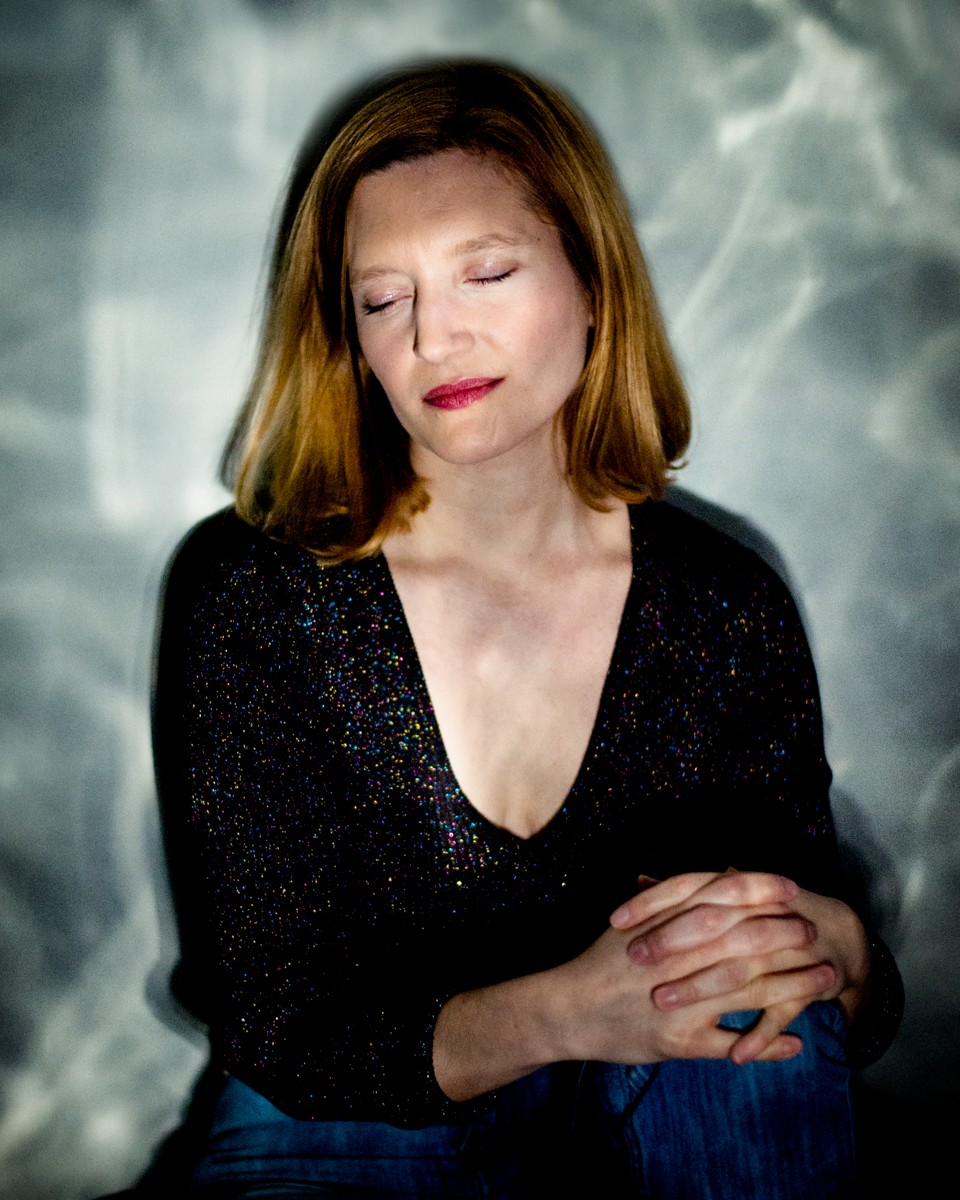 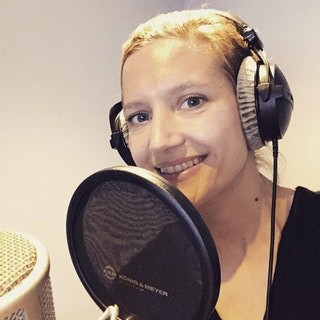 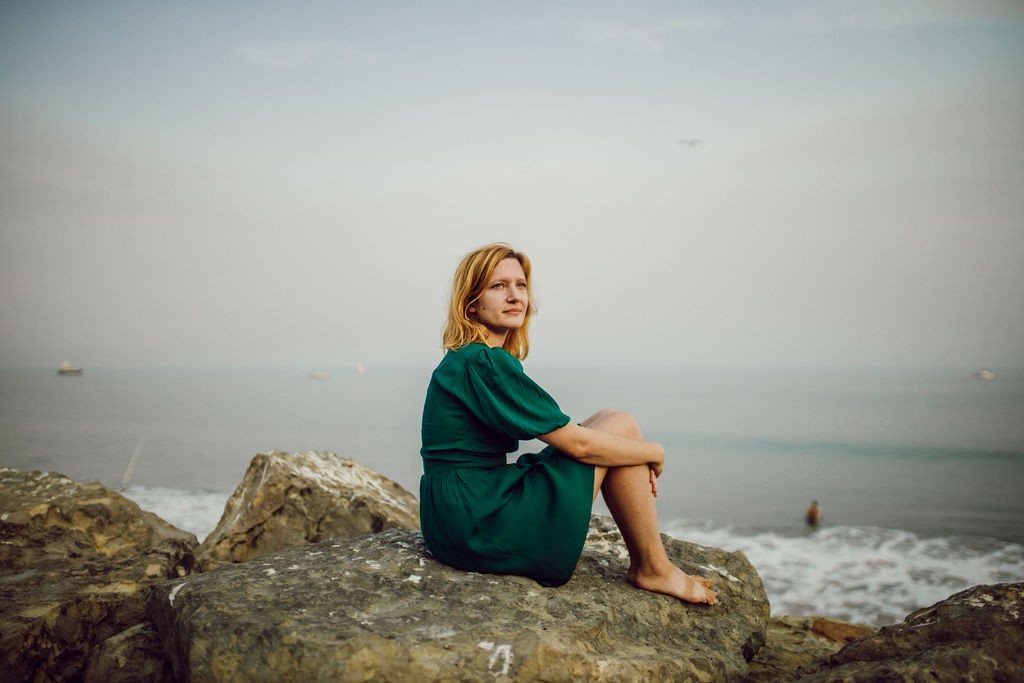 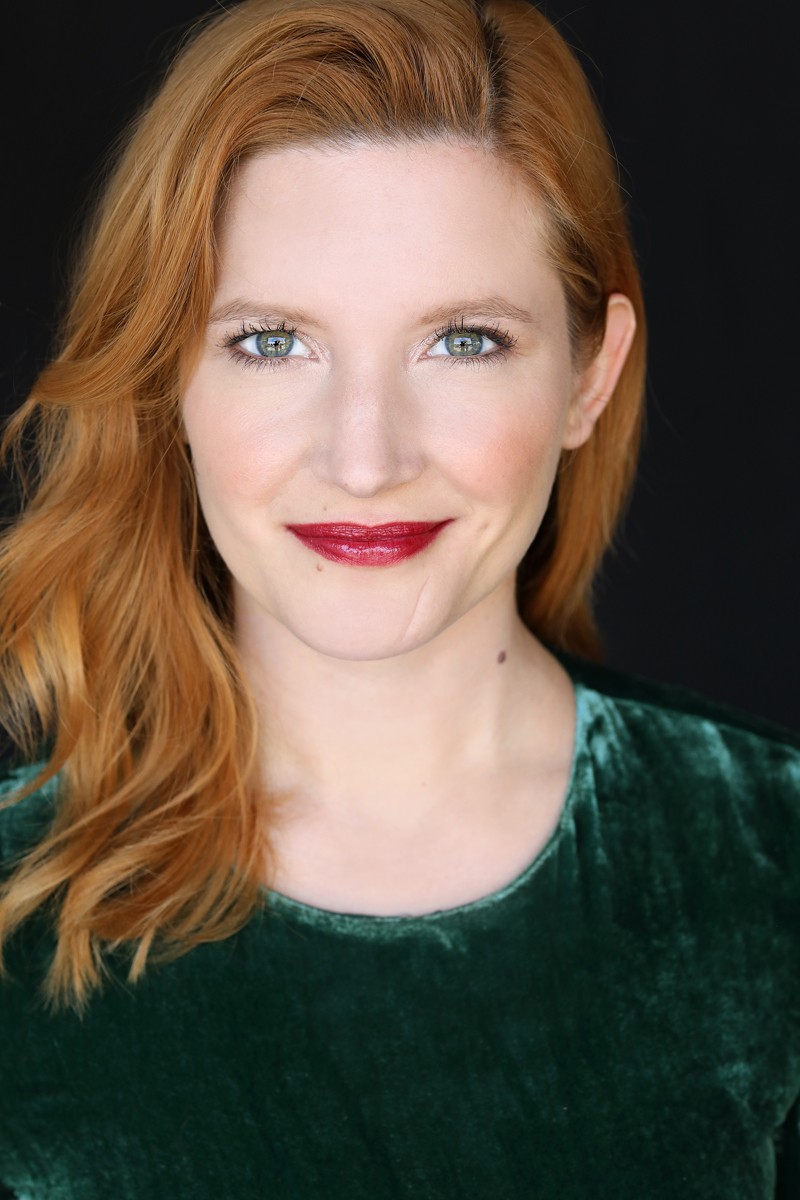 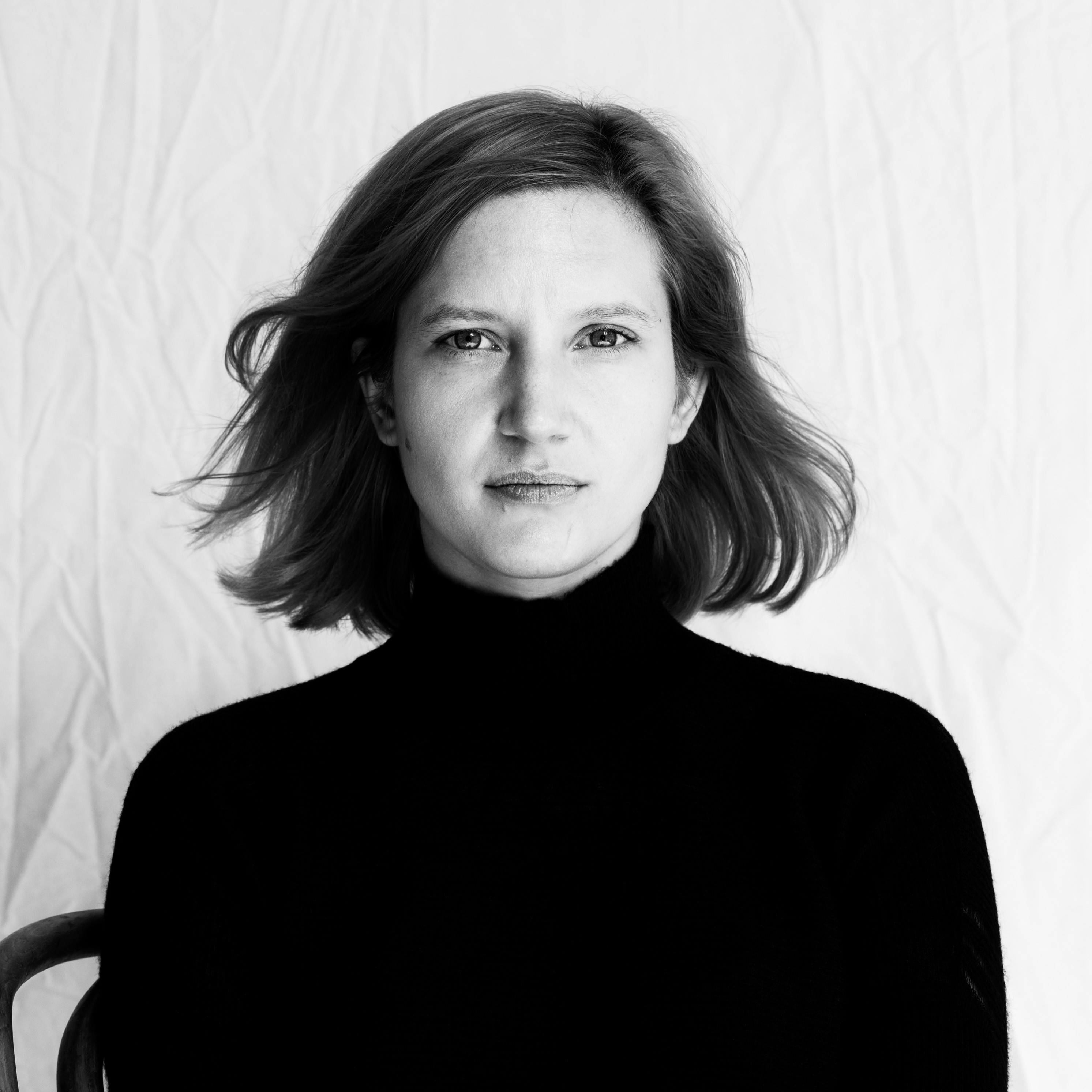 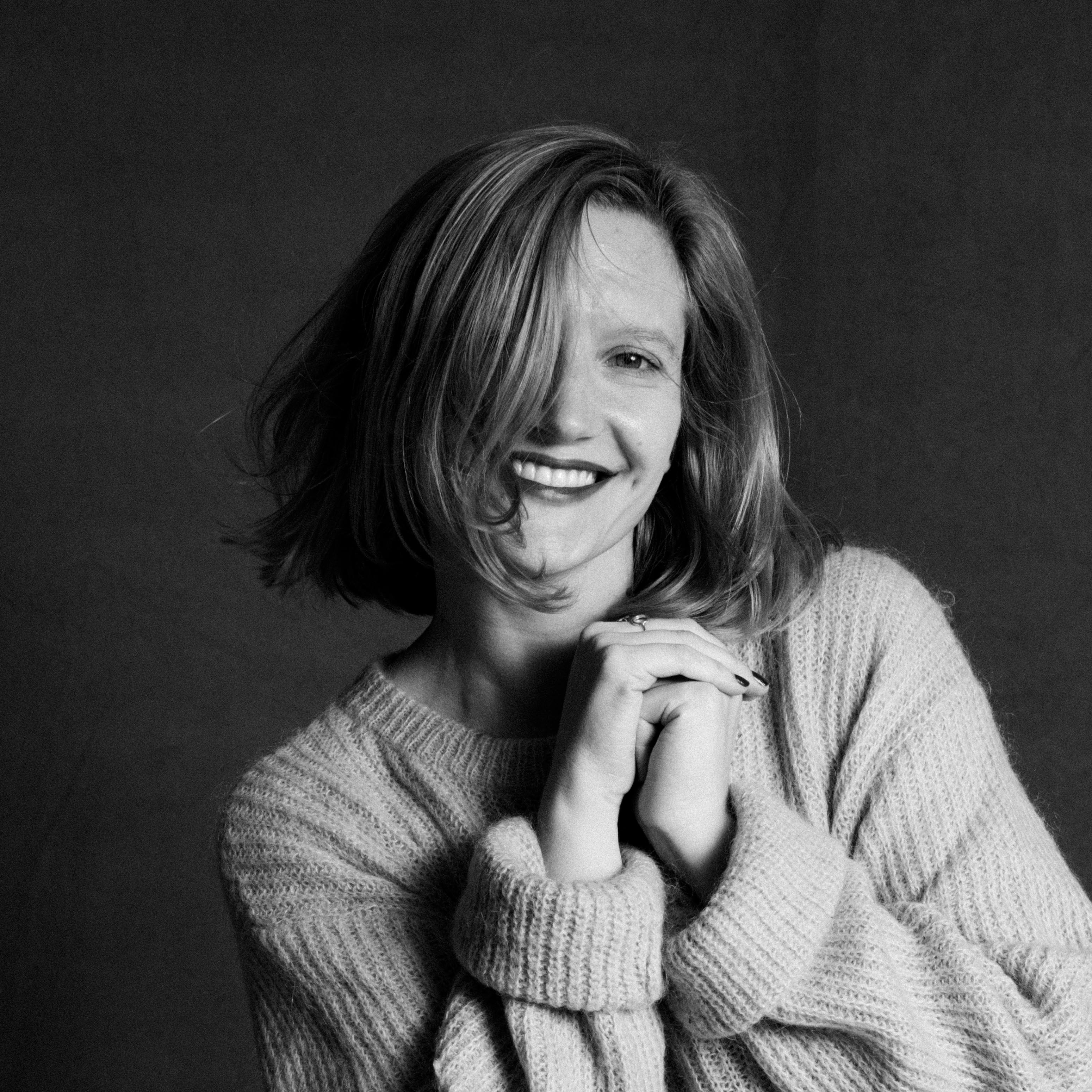