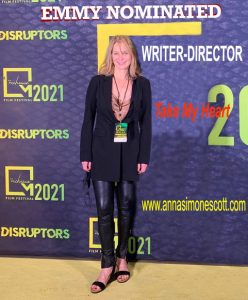 Today we’d like to introduce you to Anna Simone Scott.

Hi Anna Simone, can you start by introducing yourself? We’d love to learn more about how you got to where you are today?
I am American and Irish/Australian currently living in Los Angeles. I grew up in Sydney, Australia, and as I was fortunate to be very close to magnificent surfing beaches, the environment had a huge impact on my respect for mother earth. Although I loved dance and theatre from a young age, I was equally enamored with the ocean’s magnificence and relevance. I managed to combine my love of nature and the arts by attending a Theatre school for teenagers and swimming or surfing every day, embracing the myriad of sea creatures who were equally curious!

I then put myself through university doing commercials and film roles, sometimes with major actors and directors which was both terrifying and exciting. Upon graduating with a Bachelor of Arts degree in Theatre and Art History, I lived in London for several years where my study continued at The Actors Centre and Shakespeare at The Royal Academy of Dramatic Arts. I performed on stage throughout the UK, along with roles on several TV shows. My mother was born in Ireland so I felt a familiarity with the British Isles and the easy proximity to Europe allowed me to experience art, architecture, cuisine and language of several countries. Later, studying with extraordinary acting teachers such as Stella Adler and Robert Lewis was thrilling. I ended up performing Off-Broadway and on the soaps, and at the same time, soaked up the culture and life of my favorite city. All of this flows into my journey as an actor, playwright and filmmaker in Los Angeles, where I’ve lived for many years. A few years ago, I was asked by writer Terri Sissman to direct her film-my directorial debut. A western coming-of-age story, The Aerial Girl. The film exceeded my expectations and became a film festival favorite, winning many accolades worldwide. It can now be streamed on Amazon Prime along with several of my other films such as Chasing Chekhov! I have continued to hone my screenplays and plays as well as accepting acting roles when they came along. My most recent film, Take My Heart, played at Oscar and BAFTA qualifying festivals throughout the pandemic and most recently I won a Daytime Emmy Nomination for the film! I’m so thrilled for this honor and for our hardworking and talented team of actors and crew!

Out of a sheer need to create, I wrote and directed with my partner Peter Sands, a pandemic noir film, Love in the Time of Isolation, in downtown LA in 2020. Due to lockdown, we acted, directed and shot it all ourselves. The film has screened in Paris, London and St. Petersburg Russia, where it won Best Experimental film. Recently it screened outdoors at the Queens World Film Festival, NY. It will next be seen at a film festival on the island of Licosa off the coast of Italy!

Would you say it’s been a smooth road, and if not what are some of the biggest challenges you’ve faced along the way?
I don’t believe anyone can say they’ve had a smooth road. As I left home very young and moved to a foreign country where I knew only a few people, life was challenging to say the least. I’ve probably experienced too many challenges and obstacles to list here. The challenge I feel right now is that my family live in Australia and the UK and we’ve been separated for nearly three years. 2020 was going to be a travel year for me and that didn’t happen due to the pandemic. As the world opens up, I’m certainly looking forward to traveling and spending some great time with them!

The very act of creating is a struggle for me. Whether it be starting a new script or polishing an old one. Obviously dealing with rejection is tough. Then when I’m fortunate to book a job and I attempt to open up my heart and seek to be the best I can be. I do love the detail and multi tasking that goes into directing including all the prep that has to take place prior to filming. The casting process is always fascinating and enlightening.

My life as an actor has always been a challenge as auditioning can be so frustrating. Once you’ve booked a role, working on set or in the theatre is, however, exciting, challenging and a complete workout of body, mind and soul. Also, I love collaboration!

As you know, we’re big fans of you and your work. For our readers who might not be as familiar what can you tell them about what you do?
I hope I can live up to that! I’m an actor, writer and director. Currently I’m writing a feature film to direct based on my play, The Grass Couch. I’m extremely fortunate that my play was developed by The Directors Company, a Broadway company in NYC with amazing actors. It will always be a play and produced as such but I see it being a film as well.

With my partner I’m expanding Take My Heart into a possible series with two other shorts we’ve shot to become the spec pilot, The Other Day (El Otra Dia). My partner, Peter Sands, directed several segments of this in english and spanish with our company VisionFire Films, which produced many of our other projects. I think what sets me apart is my adaptability. My wealth of experience living in several countries; my deep affinity with nature and working in the arts in many roles. As a director, I work very well with writers and actors. My primary concern is expressing a writer’s vision as well as honoring the intention in their writing. Actiors all have a different way of working. Allowing actors to feel free is all important although I do know what I want of course and like to rehearse to make discoveries and build relationships. I believe my experience and training as an actor helps me to understand and respect an actor’s process as well as draw upon it for their best performance. Passion is all important. Feel passionate and excited about what you do or what you’re intending to do, for it will surely carry the project through to fruition.

I’ve been fortunate and grateful to have studied and worked with extraordinary people. Right now, I am searching and learning in various areas of my craft. Hopefully improving as well!

In terms of your work and the industry, what are some of the changes you are expecting to see over the next five to ten years?
Streaming films and more streaming of films, TV shows and Theatre. Will we get back to cinemas as much as we did before the pandemic? Who knows. I’m looking forward to Broadway and off-Broadway as well as theatres nationwide opening up in the Fall. I miss the special connection we have collectively in live theatre and to an extent in cinemas.

I really hope the big shift is in diversity. Movies, television, plays, art should all reflect the world we live in, celebrating the beautifully varied and wonderful voices of our world.

May we also respect the earth and perhaps find ways to incorporate the emergency we have with climate change and the possible extinction of certain animals. Time is of the essence! 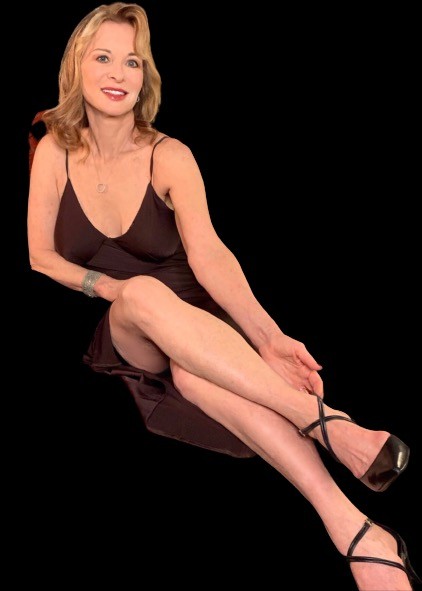 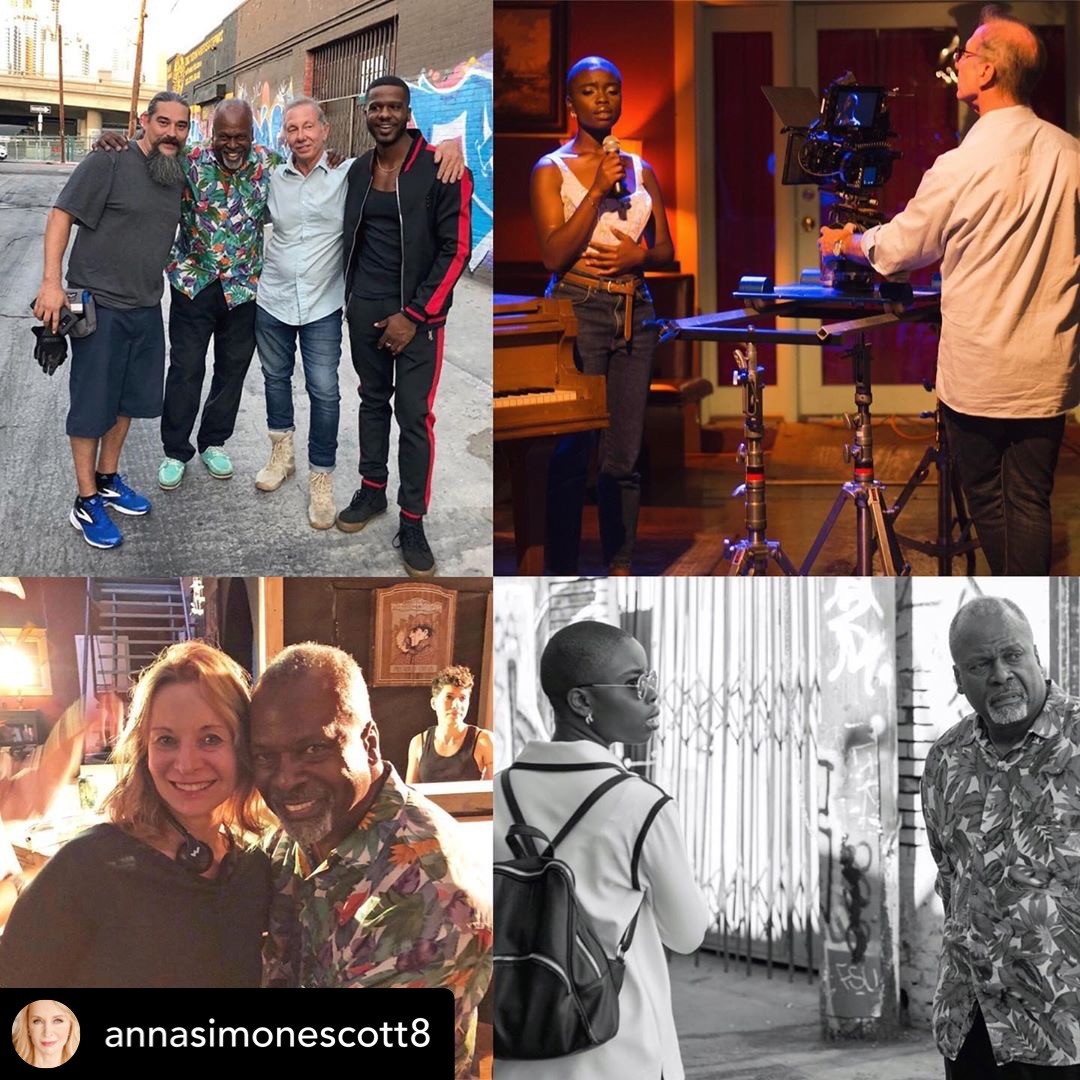 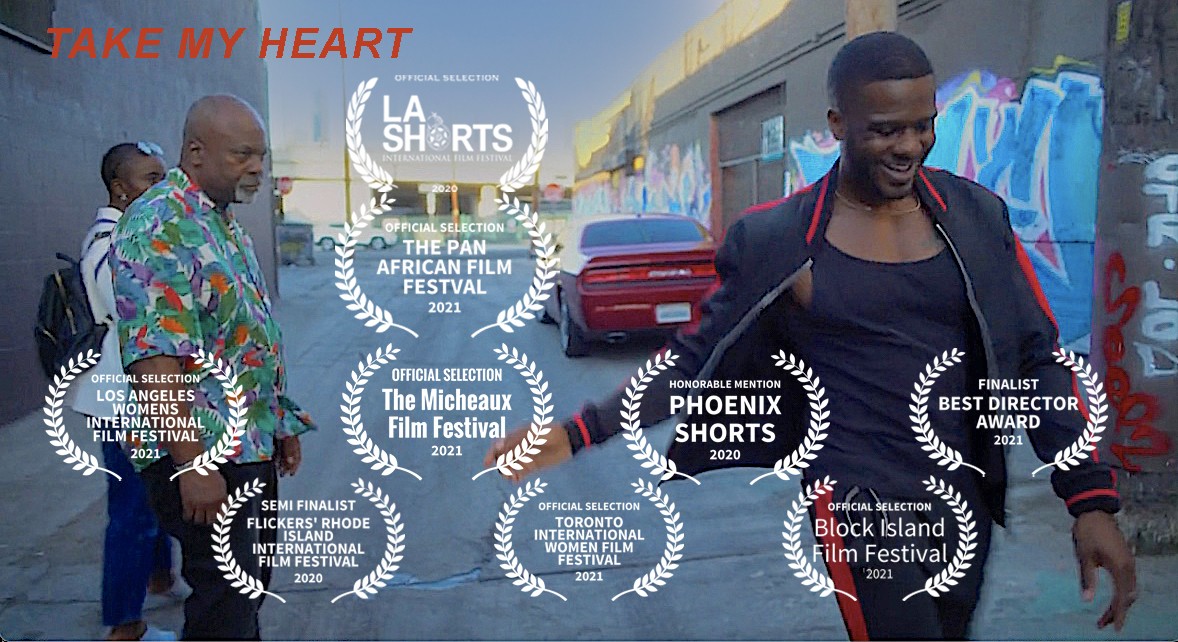 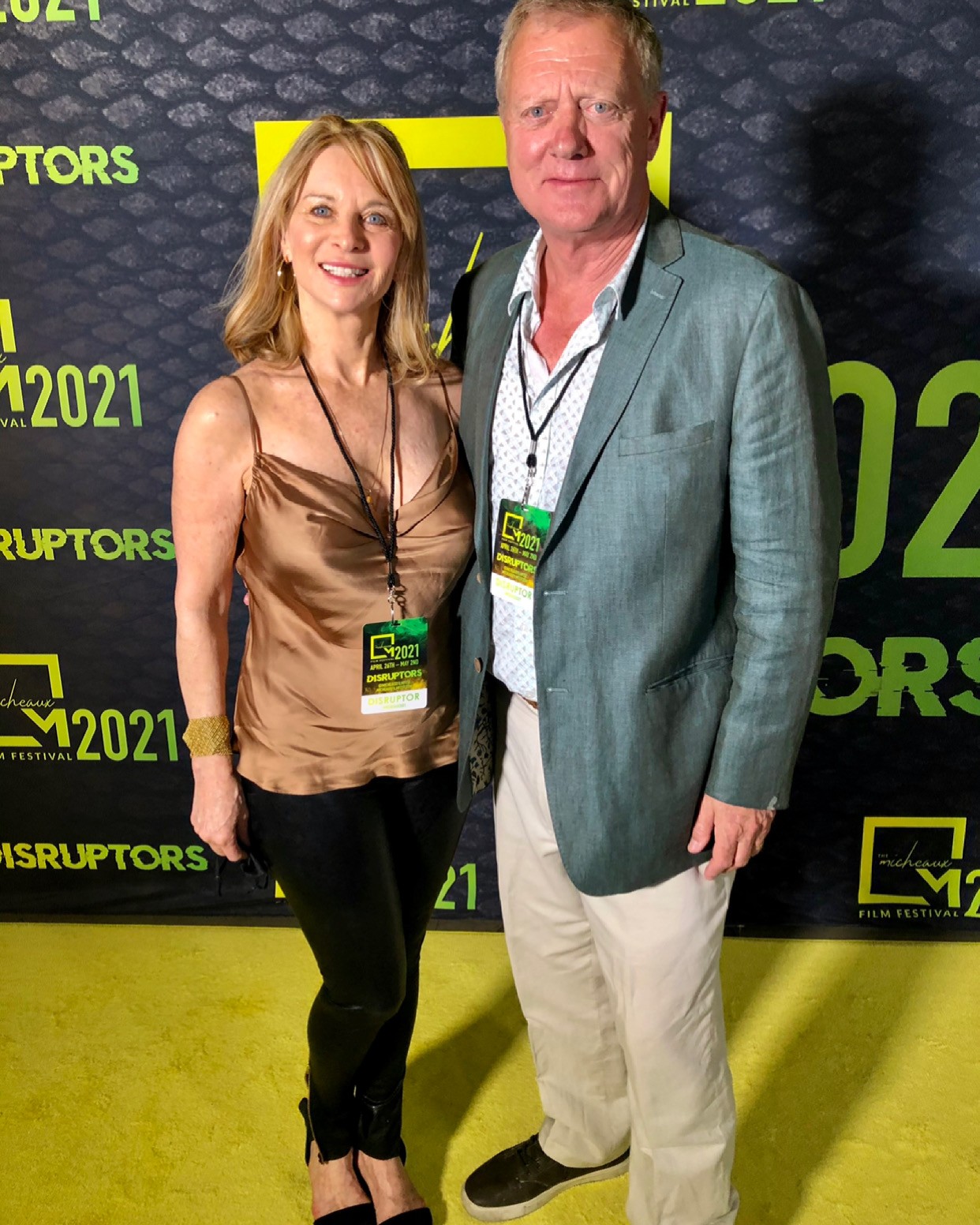 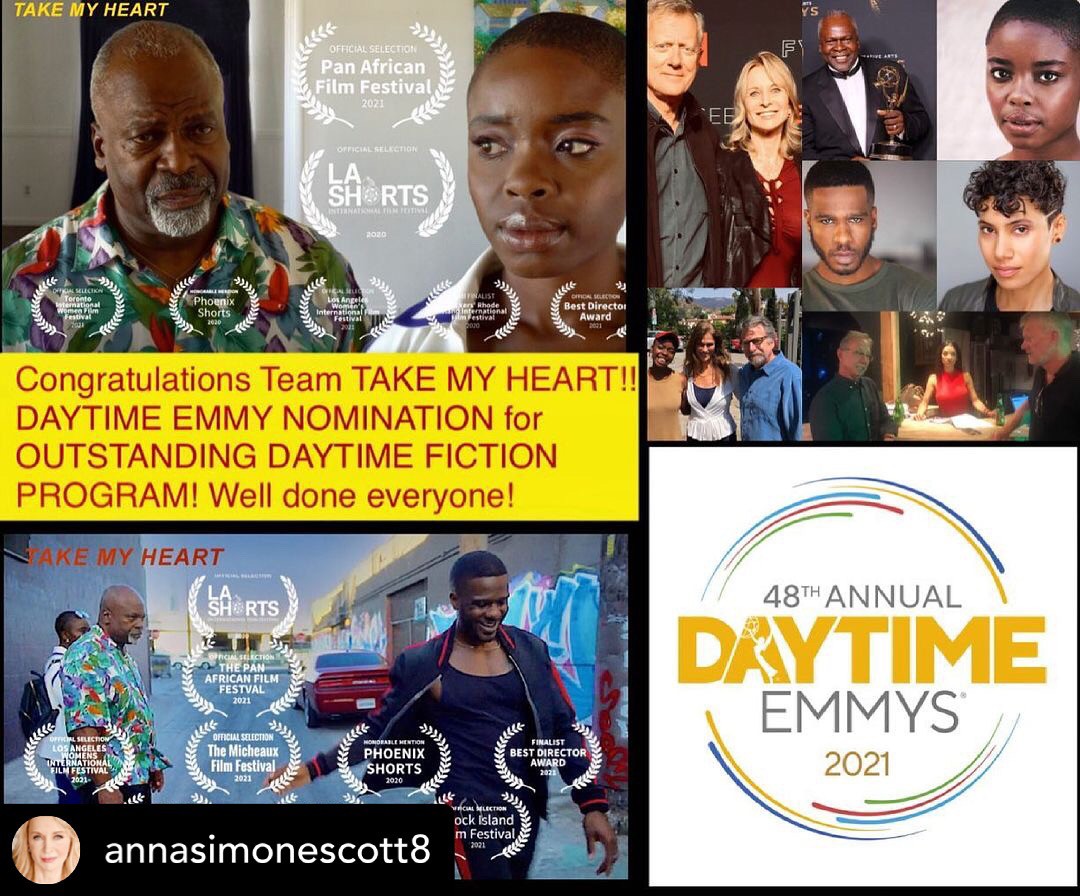 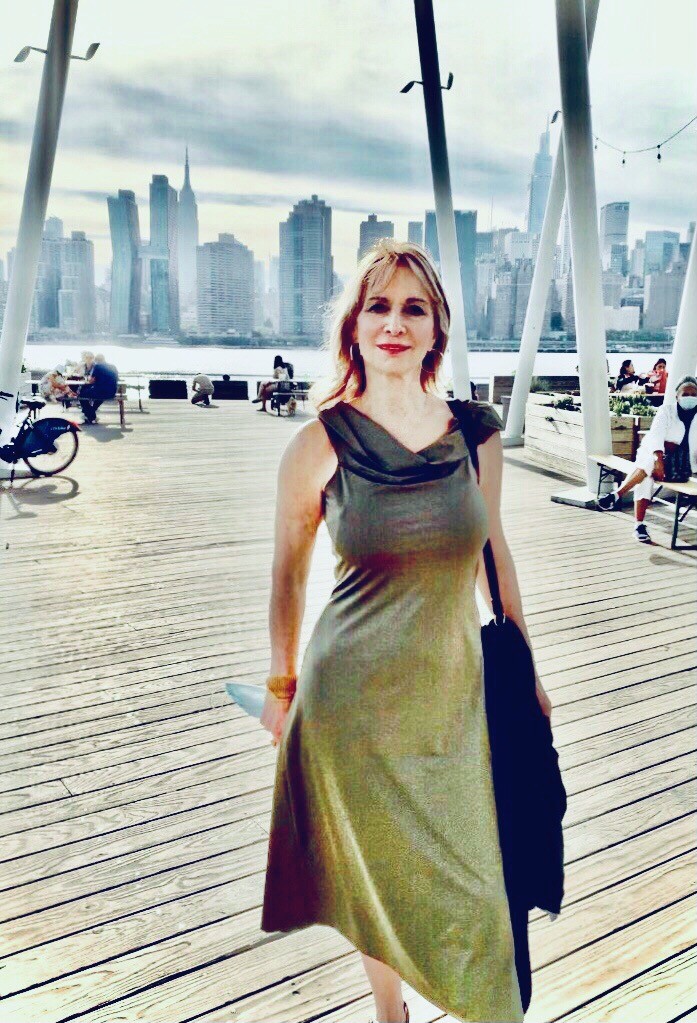 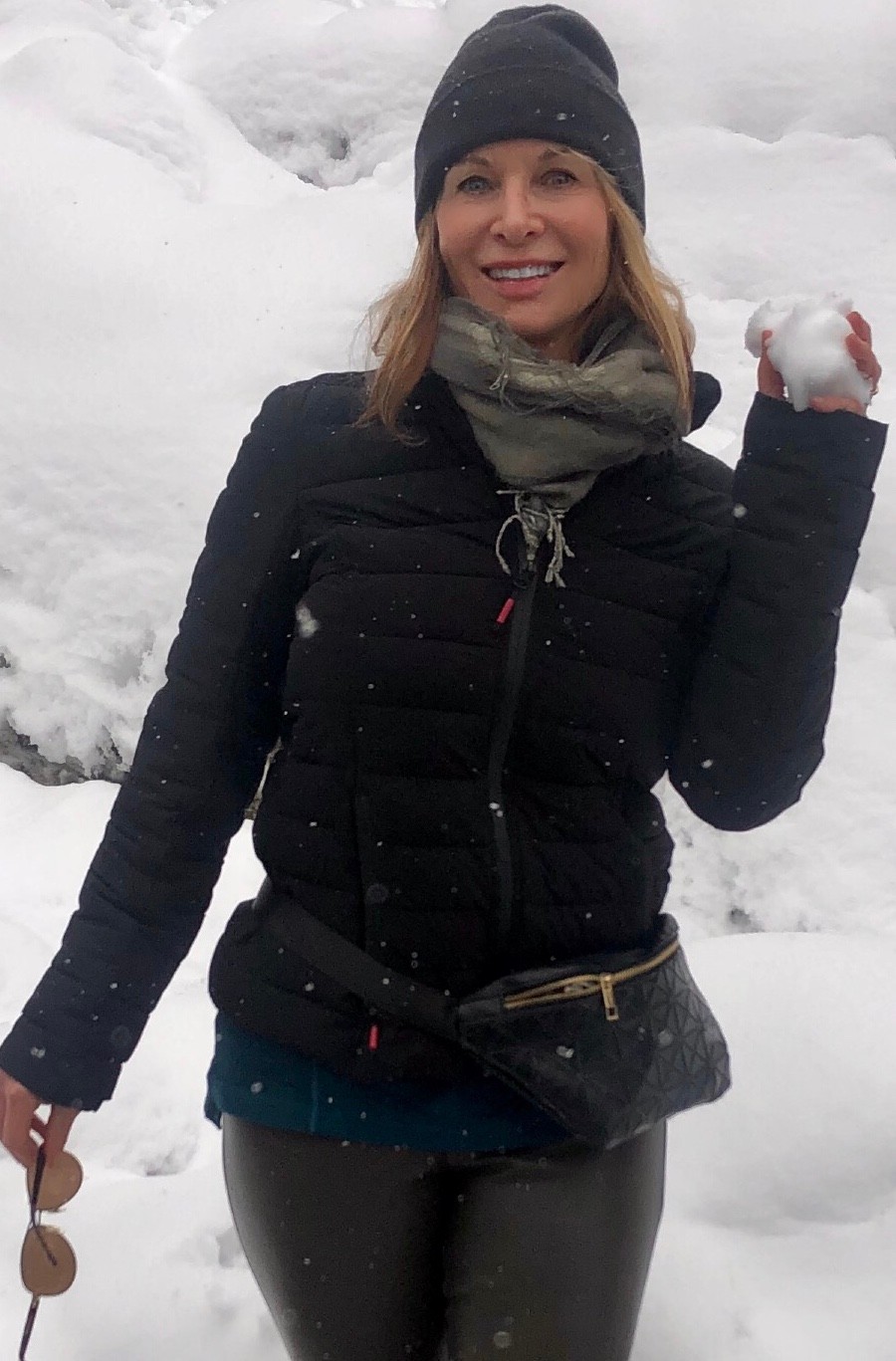