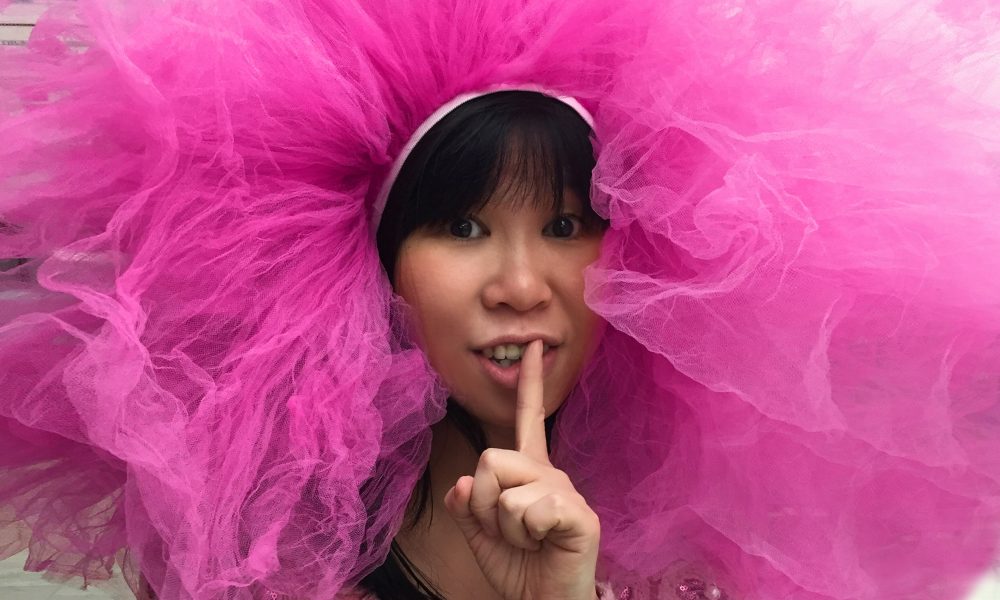 Yuanyuan, can you briefly walk us through your story – how you started and how you got to where you are today.
I have loved clothing and design since I was a little girl. I chose fashion design and graphic design as my college majors because I thought that would be my double “power” in applying for designer jobs.

While I was working as an intern for the Chinese Opera Channel at Shanghai Oriental Television, I met a producer who later invited me to be the costume designer for her new show called New Oriental (东方新人). We were very lucky, New Oriental soon became the most popular TV show in Shanghai. As a result of that success, I started designing costumes for more TV shows and worked with numerous famous TV hosts in Shanghai. That’s how I started my career. Since then, my designs have been seen in some of the largest and most popular TV programs on Shanghai Oriental Television, Shanghai Dragon Television, Shanghai Kunqu Opera Troupe, Shanghai Peking Opera Theatre, and Shanghai Majestic Theatre.

After I graduated from college, I discovered that custom tailoring was a booming business in Shanghai. So although I was still working full time at a design company, I started my own design studio for private clients and performance companies, which focused on fashion and costume.

My design studio was successful and my list of clients was growing. I was at a very good point in my life, but I was also worried. By then, it had been ten years since I graduated from college. Technologies in the fashion and stage art industries progress at a very fast pace. With more and more young designers jumping into this field, I was concerned that my knowledge would become dated. I knew I had to continue to learn and grow in order to follow the flow. I also wanted to be a better leader. I wanted to be more international, especially since Shanghai is now a global financial hub. My belief is: Life without a plan is drifting. Life with a plan is sailing. So, I found a great Grad School: California Institute of the Arts (CalArts).

It’s wonderful when you’re able to pursue your passion, but we’ve interviewed enough people to know that it’s not always easy. Overall, would you say things have been easy for you?
It has definitely not been a smooth road. In 2016, I moved to Los Angeles for my graduate school studies at CalArts. CalArts was built by Walt Disney and it is one of the best costume design schools in the world. I wanted to focus on costume design for stage, film and TV. I was so lucky. It’s a very small program that only accepts 2 -4 students each year. The classes were insanely intense.

Before I moved, I thought that three years of grad school would be a nice break for me. I would just be absorbing new skills and knowledge. However, it was not. Leaving my comfort zone and moving with two suitcases to the other side of the world definitely wasn’t easy. Thankfully, I was more excited than stressed. My strong love for design and art gave me lots of strength and kept me pushing forward. I was so busy and exhausted every day that I didn’t have time to think about whether I had made the right decision. I just thought that I had to give it my best shot. I now feel very proud of my adventure. I have learned so much.

During these years, there have been lots of competitions and challenges. But, I believe it’s hardly worth doing if it’s easy. Being a foreigner, going back to school, and starting my career over in a new city is hard. There are lots of challenges due to the cultural differences and seeking a balance between energy and time. It’s absolutely a wild ride but it has definitely made me a better person and designer. CalArts is not just a great school, it is also such a healthy positive environment that touches my heart every day. Being here teaches me to be kind, to love others and to support others each day. I feel so grateful for this journey, which continually pushes me to be braver, stronger and smarter.

We’re impressed with Yuan’s Couture. Tell our readers what you’re most proud of as a company and what sets you apart from others.
I am now a costume designer for stage, film and TV. I am working on Hollywood films and Off-Broadway Shows. Last year, I designed costumes for a film called THE BEE. My costumes for THE BEE were nominated for Best Costume by ACTION ON FILM MEGAFEST. We were also invited to Comic-Con 2021 in San Diego. Comic-Con offered THE BEE a big booth and screening days, which is very exciting. In the beginning of this year, I designed for an Off-Broadway show called LOVE, MEDEA in New York City. We received wonderful reviews from Broadwayworld and many media. Two years ago, I was invited to design costumes for Taiwanese Director Stan Lai’s show NIGHTWALK IN THE CHINESE GARDEN at The Huntington Library, Art Museum, And Botanical Garden. We had numerous glowing reviews from the Los Angeles Times, New York Times, Forbes, Broadwayworld, and others. Numerous celebrities and the Chinese Ambassadors also came to our performances. NIGHTWALK had a full house every day during its two month run. We were told there were people on the waiting list every day, hoping to watch our show. Because of NIGHTWALK’s success, in 2019, I was again invited by The Huntington Library and CalArts CNP to design The Huntington’s 100th Gala. It was such an honor not just as a designer but also as a witness to The Huntington Library’s 100 years history.

I am really passionate about my career and I love what I do. My previous couture design experience gave me high standards and a sharp eye for design details. Working on both fashion design and costume design gave me more skills and more tools to dig deep into character and design development. Being a Professor’s Assistant and being a Lead Instructor at CalArts also gave me different perspectives as an educator and a leader. After four years in LA, I find myself grounded and ready for more challenges from this wild world.

So, what’s next? Any big plans?
I don’t know if I’ve ever dreamt this big before I attended CalArts. I definitely have bigger dreams now. There are many CalArts alumni who have won Tony Awards, Academy Awards and Emmy Awards. This gives me new goals to pursue. I remember jokingly asking my mentor if any CalArts costume designer has ever won an Academy Award or a Tony Award. The answer was no. “So, if I win, I will be the first costume design winner from CalArts. How exciting is that?” I am proud to be a CalArtian and I hope I can someday make my school proud of me too.

In the future, I will continue working on both costume design and fashion design. Currently, I am planning for my personal showcase next year. I am working on my first fabric design showcase along with new clothing designs. The showcase is named KALEIDOSCOPE. This pandemic has made me question the meaning of life. Sometimes life is like a kaleidoscope. Every day it unfolds in completely different colors and shapes. I choose to be my own kaleidoscope. No matter what circumstance I am in, even if I fall hard, I will pick myself up gracefully. I will spread my radiance to shine even brighter. 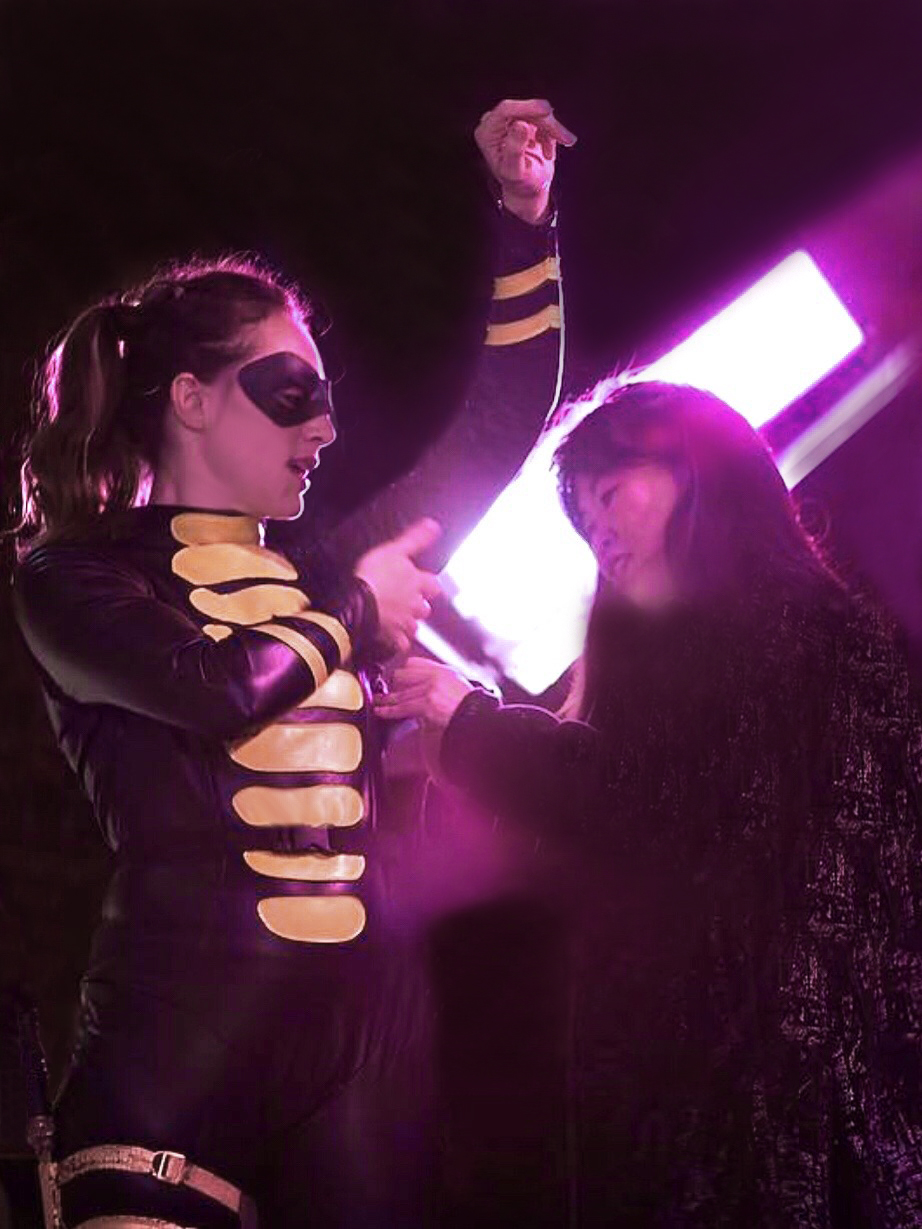 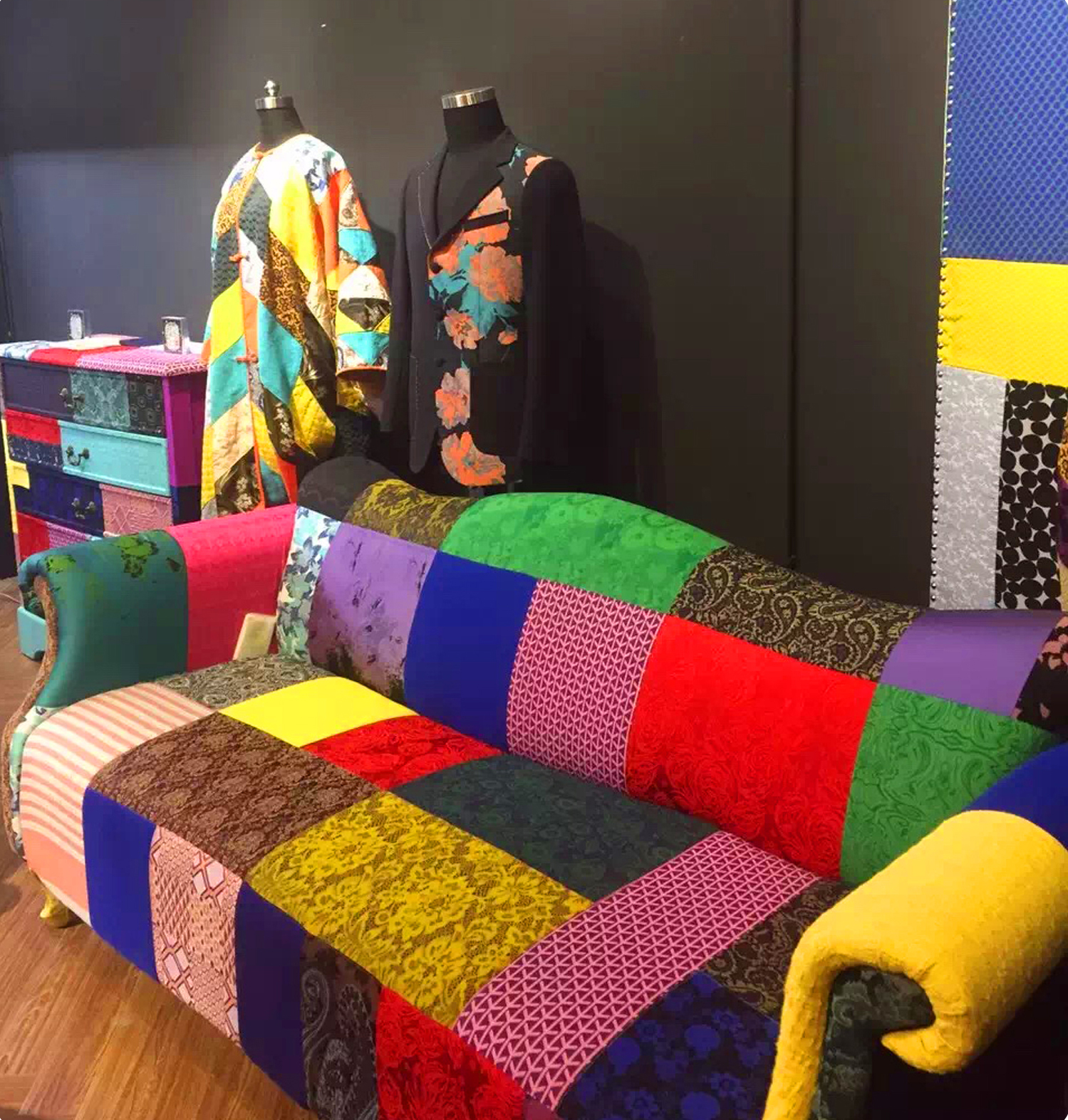 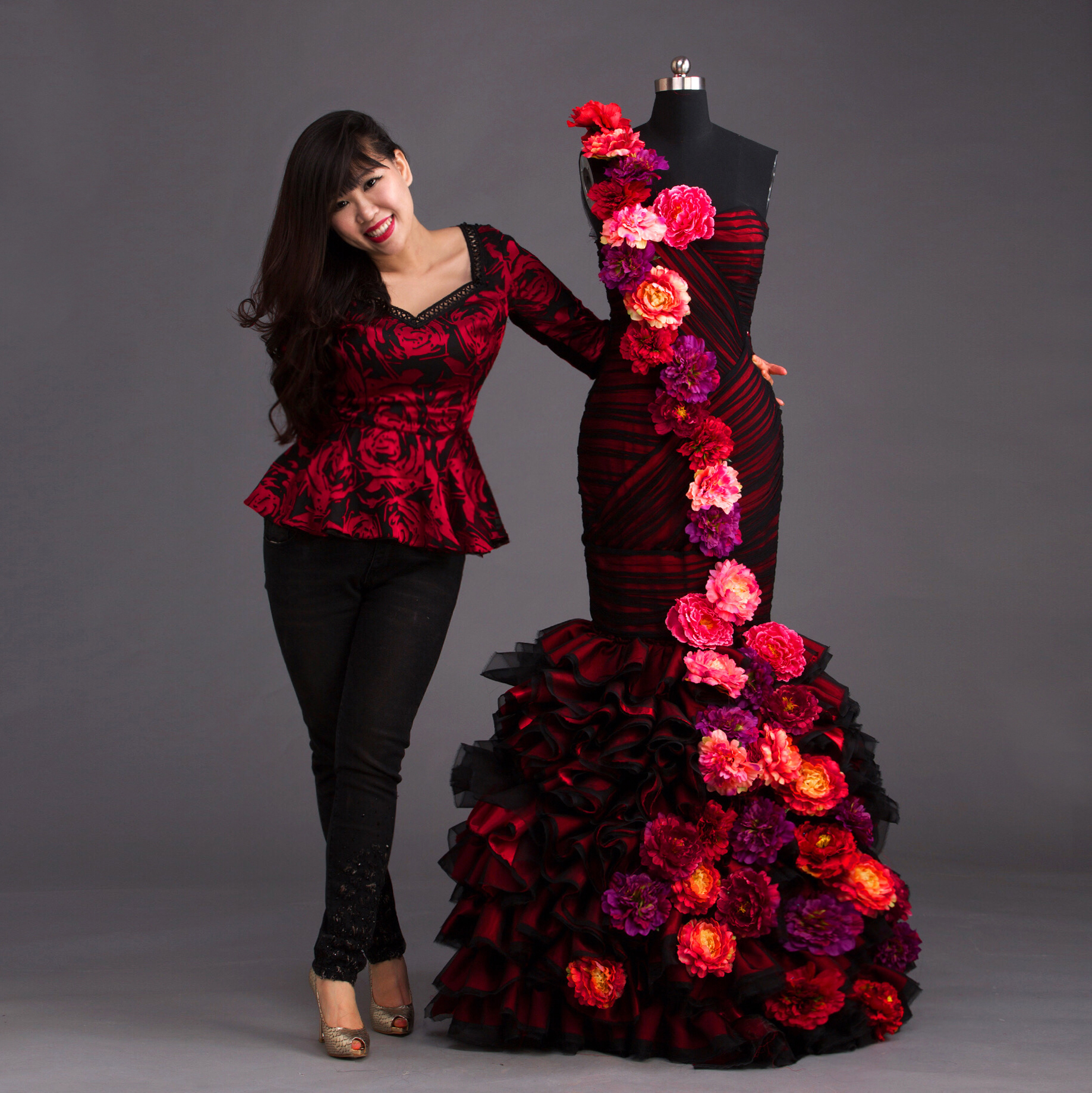 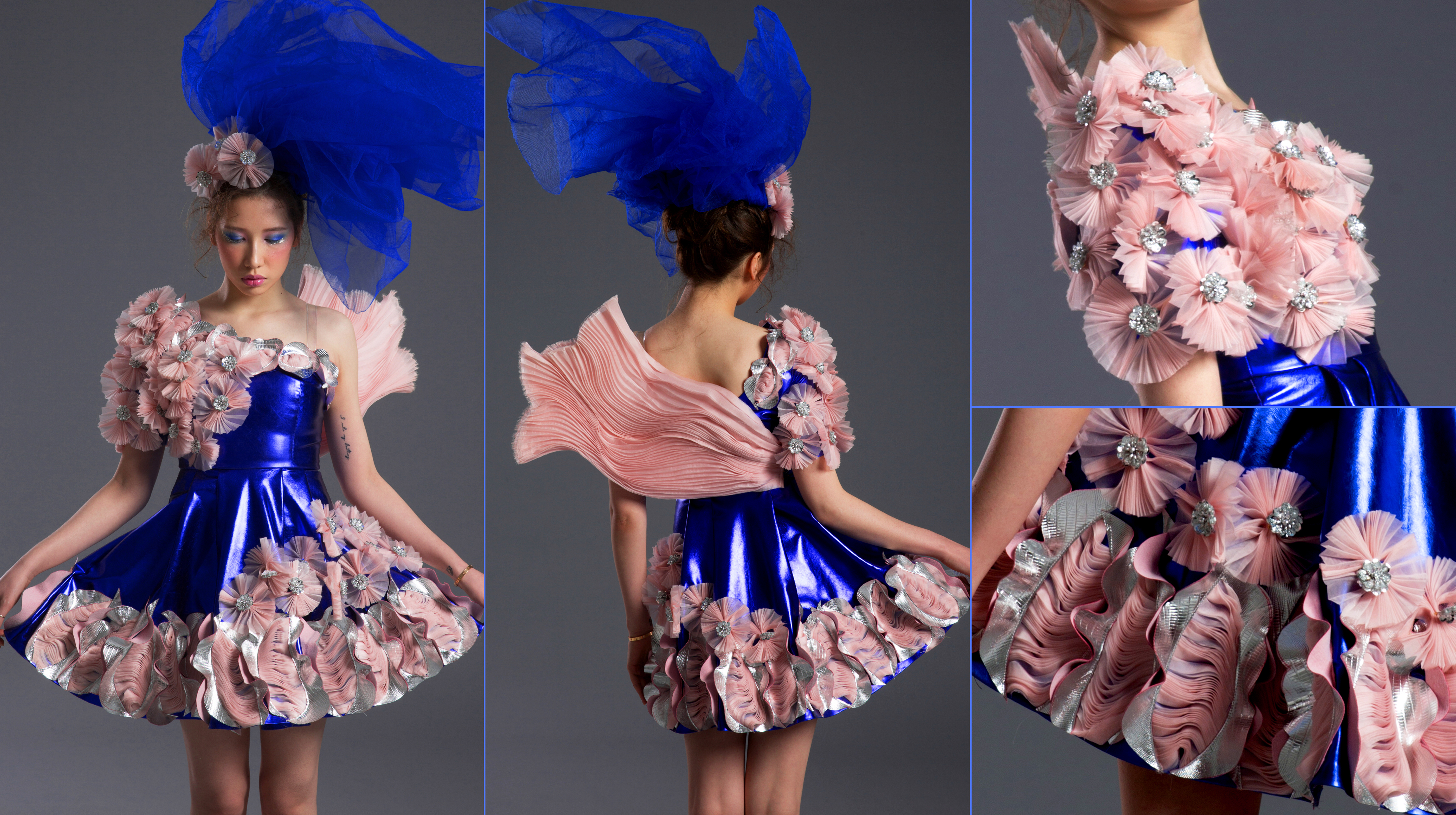 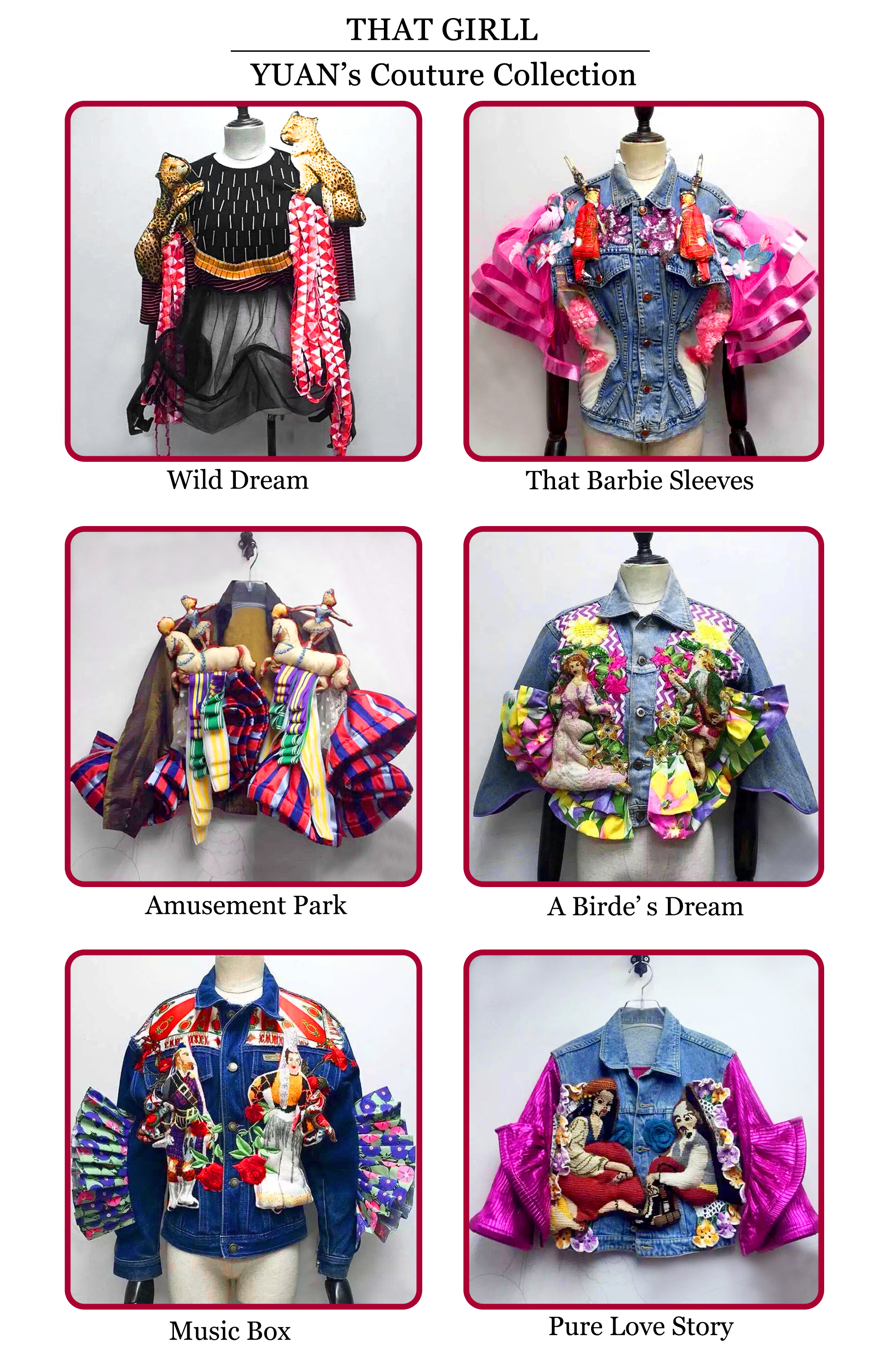 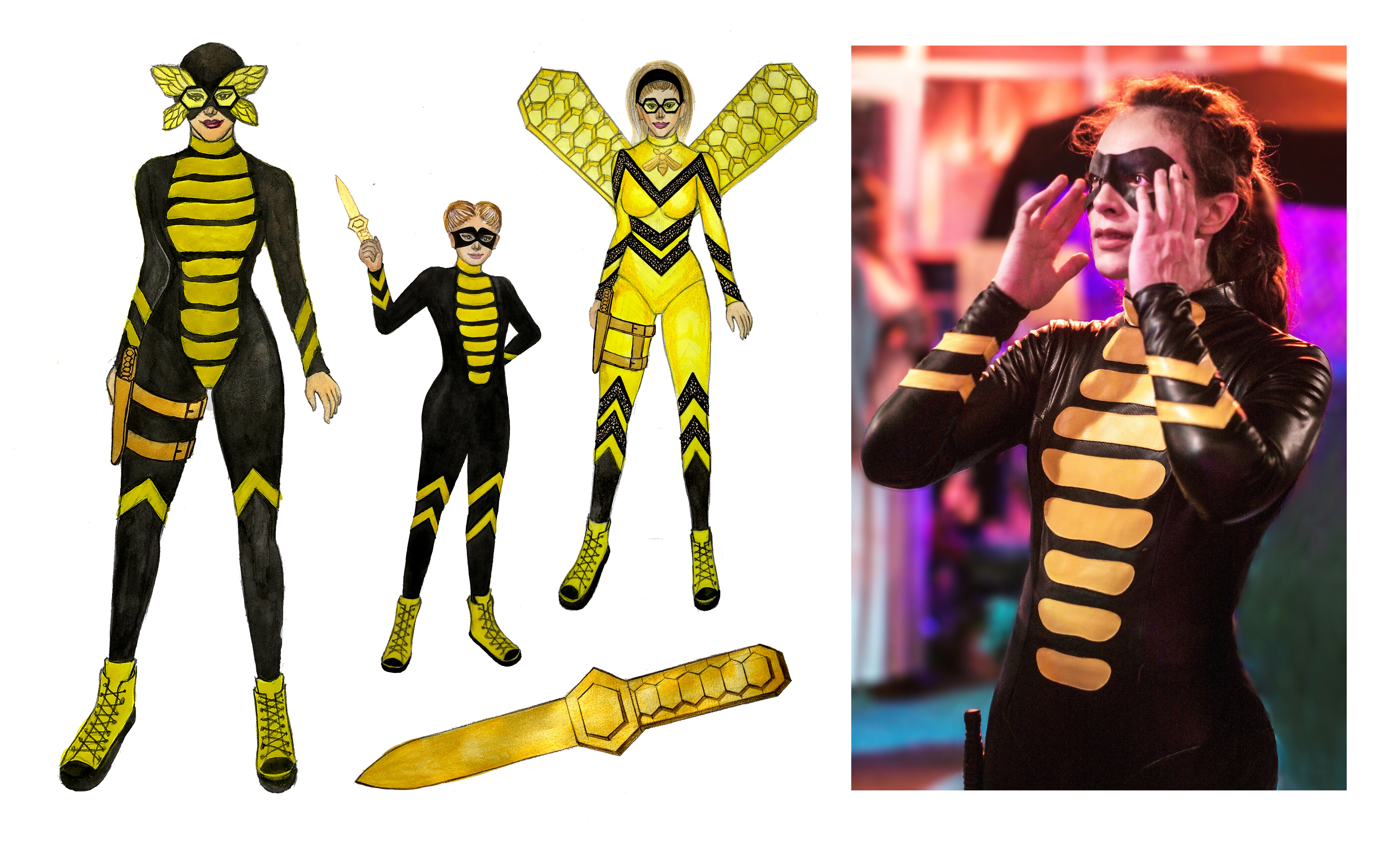