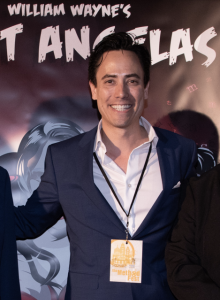 Today we’d like to introduce you to William Wayne.

William, can you briefly walk us through your story—how you started and how you got to where you are today.
Sure, well my father is an artist and was an art teacher. He was instrumental in introducing me to the arts. My mother was an elementary school teacher who encouraged me at an early age to play the violin and write creatively. I was raised on a farm in Illinois until we had an opportunity to live several years in Germany. Today my parents live in the Seattle area and that is where I attended high school and college. In my last year at the University of Washington I took the drama department’s acting series. It was the first time I had ever taken an acting class and I loved it. I was very fortunate to be cast in plays there. After graduation, I stayed in Seattle with a theater company and had an opportunity to explore a variety of different characters in front of live audiences.

I remember the first movie I booked, I had six lines and the film had some big stars in it. Then I acted in three feature films in a row and quit my part-time jobs. This turned out to be a mistake as I didn’t get another feature film role for three years. However during that time I took parts in student films, acted in plays in Los Angeles, and studied with some amazing teachers like Andrew Magarian in North Hollywood and soon branched out into filmmaking.

Overall, has it been relatively smooth? If not what were some of the struggles along the way?
Due to budget constraints which many indie movies experience, as a filmmaker I had to slip into many different “roles” behind the scenes. I wrote, cast, directed, acted, edited and produced Lost Angelas and met many friends who helped me along the way.

When my friend, Jen Zias, offered to help with my script, we embarked as a co-writing team. After completing the screenplay, Ana Maria Manso and Ernest Erik Badounts were absolutely invaluable as my cinematographers. Ana created our unique look and helped set an innovative tone while Ernest heightened our action scenes and scope.

Over the years I had acted in several different projects with the talented veteran actor, John Capodice, (Wall Street and The Doors). I showed him the script and asked him to play one of the main roles. To my delight he helped organize table readings and brought to our film accomplished veteran actors David Proval (The Sopranos and Mean Streets) and John Aprea (Godfather 2).

Casting one of the starring roles, that of Walt Warshaw, was challenging. This character is quite complex and I knew we needed someone with a great deal of experience who would be available for all the shooting dates required in spite of our limited budget. Fortunately a couple of weeks before filming began, I met Jon Jacobs at a mutual friend’s event. I recognized him from his indie films in which he had given gritty, raw performances. I noted that a couple of his films were comparable to our film’s limited budget. He told me after reading our script that he loved the ambitiousness of it and decided to take a leap of faith with me.

Even more difficult in the casting process was finding the right actress to play the main role of “Angela Rose.” We auditioned for three weeks but couldn’t find our “Angela.” Our start date arrived and we had to film around this leading role. Then on our last casting session, Korrina Rico showed up. She jumped into the character and absolutely nailed the audition.

Another challenge during the filming of Lost Angeles was when Laila Hajjali and I were both working other jobs during the production. Somehow we managed to coordinate and pull off an ambitious schedule that totaled over sixty different locations in our 88 minute film. I would like to recognize in particular The Barkley Restaurant and Bar in South Pasadena and The Diner on Main in Alhambra for their cooperation in our production.

Probably my biggest challenge came after we were done filming. I loved editing the film but I started to realize I needed help with different aspects of the process. Juggling my two jobs while editing proved to be taxing. Fortunately local friends: Chris Rossi, EmRey, Sophie Dia Pegrum, Tien Tran, Masataka Asaoka and Cesar Lopez were happy to contribute their skills and dedication. Our post-production team consisting of such talents as Elliot Smith, Ethan Sacchi, Chris Moreno, Carson Aune and Cliff Calabro helped us complete the project and cross the finish line.

We worked really hard to finish the film in time to submit it to the Method Fest Film Festival but we didn’t get in. The movie was about one hour and forty-five minutes long and Method Fest encouraged us to trim it down and try resubmitting it by their deadline in a week. The next few days we had many small screenings. I had three days until the deadline so I edited 24 hours a day. During this time several friends helped me cut it to eighty-eight minutes. I resubmitted it on the very last day and we were accepted.

We’d love to hear more about the results of your work.
After our premiere March 26, 2019, at the Method Fest Film Festival in Beverly Hills, we received some awards. Our lead actor, Jon Jacobs received “Outstanding Performance in a Feature Film” at the festival along with Ethan Hawke who tied for “Best Actor” and Edward James Olmos who won for “Best Supporting Actor” and I was nominated for “Maverick Filmmaker.”

Some reviews of our film after the premiere:
“Lost Angelas is a neo-noir romance filled with engaging characters, intense action, a thrilling mystery, and a lovely romance to top it all off.

The directing, acting, and especially the cinematography synch up perfectly for a pulse-pounding film, that works wondrously.”

“A beautifully photographed noir-tinged piece of indie cinema that is both visually arresting and narratively compelling.”

What is “success” or “successful” for you?
When I was writing the script I never dreamed the project would ever be this successful and make it to movie theaters. I am grateful to say the film, Lost Angelas, has taken on a life of its own as we opened the film June 14, 2019, with a theatrical run in Los Angeles at the Laemmle Playhouse 7 Theaters in Pasadena. Our movie then had our South American premiere in São Paulo, Brazil, at the Cinefantasy Film Festival. Next, we are opening the film theatrically in Seattle Friday, November 22, 2019, at the Grand Illusion Cinema for a week’s engagement.

A lot of my good fortune is due to my friends and my parents who kept encouraging me to move forward and take on challenges. 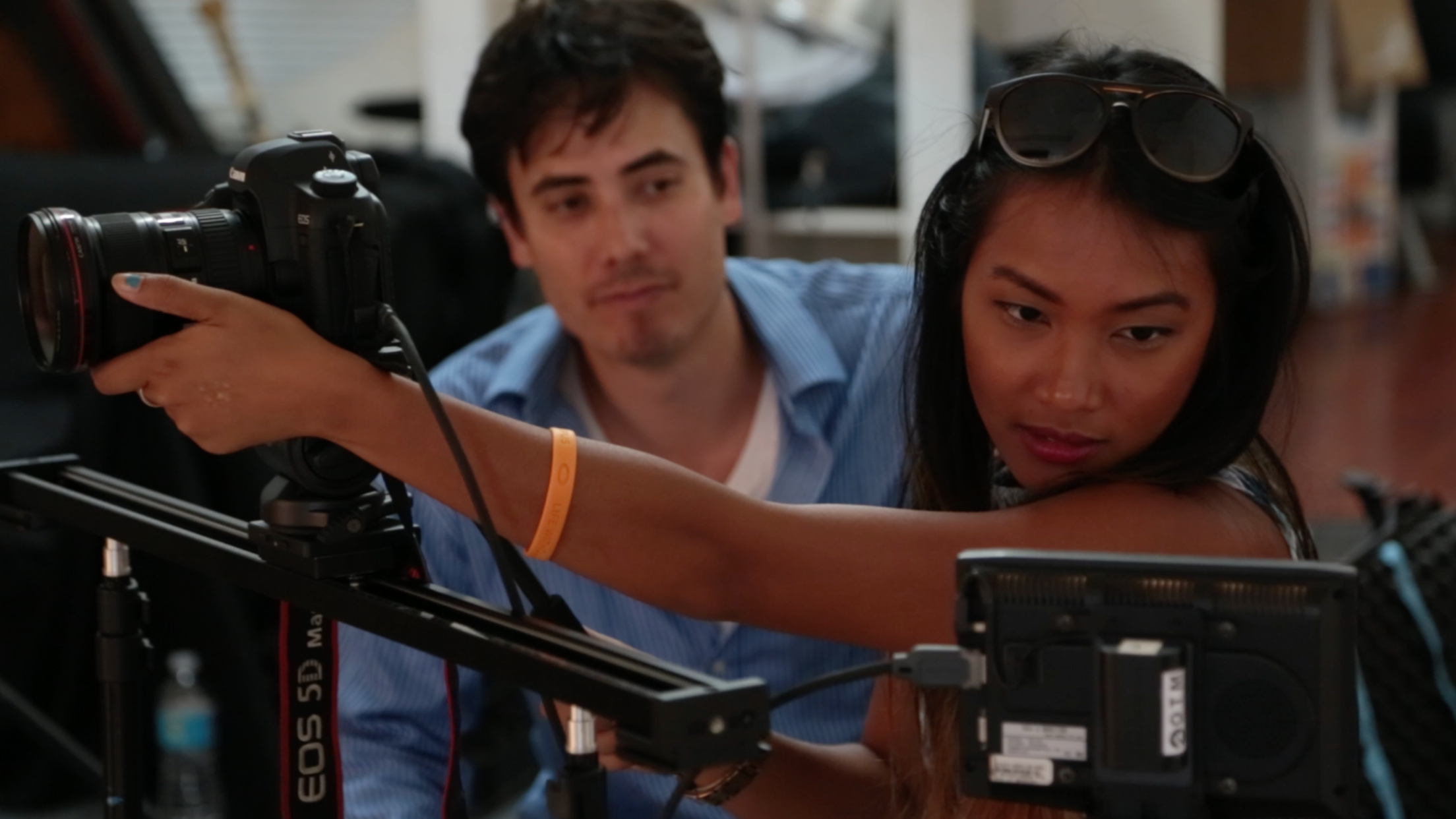 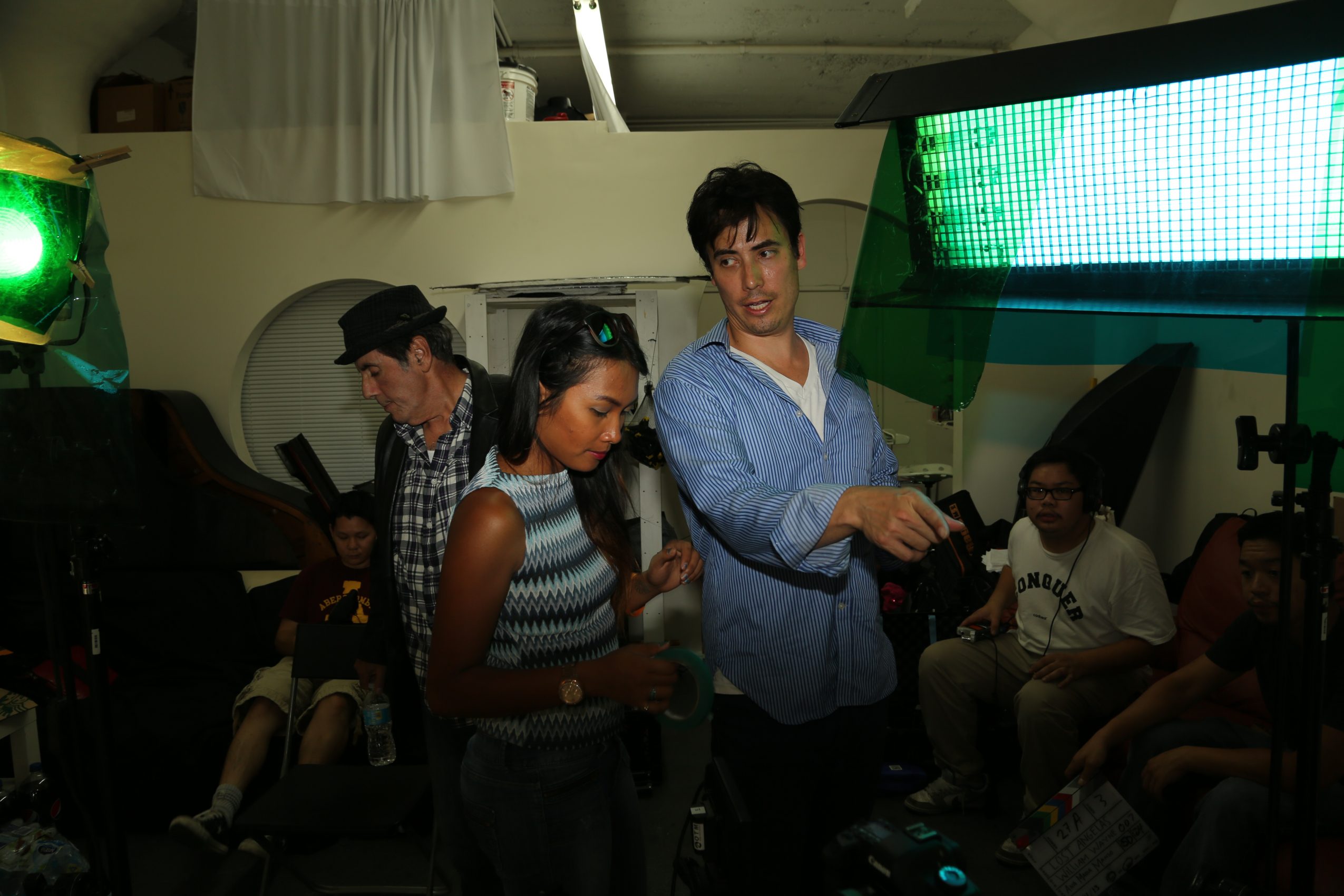 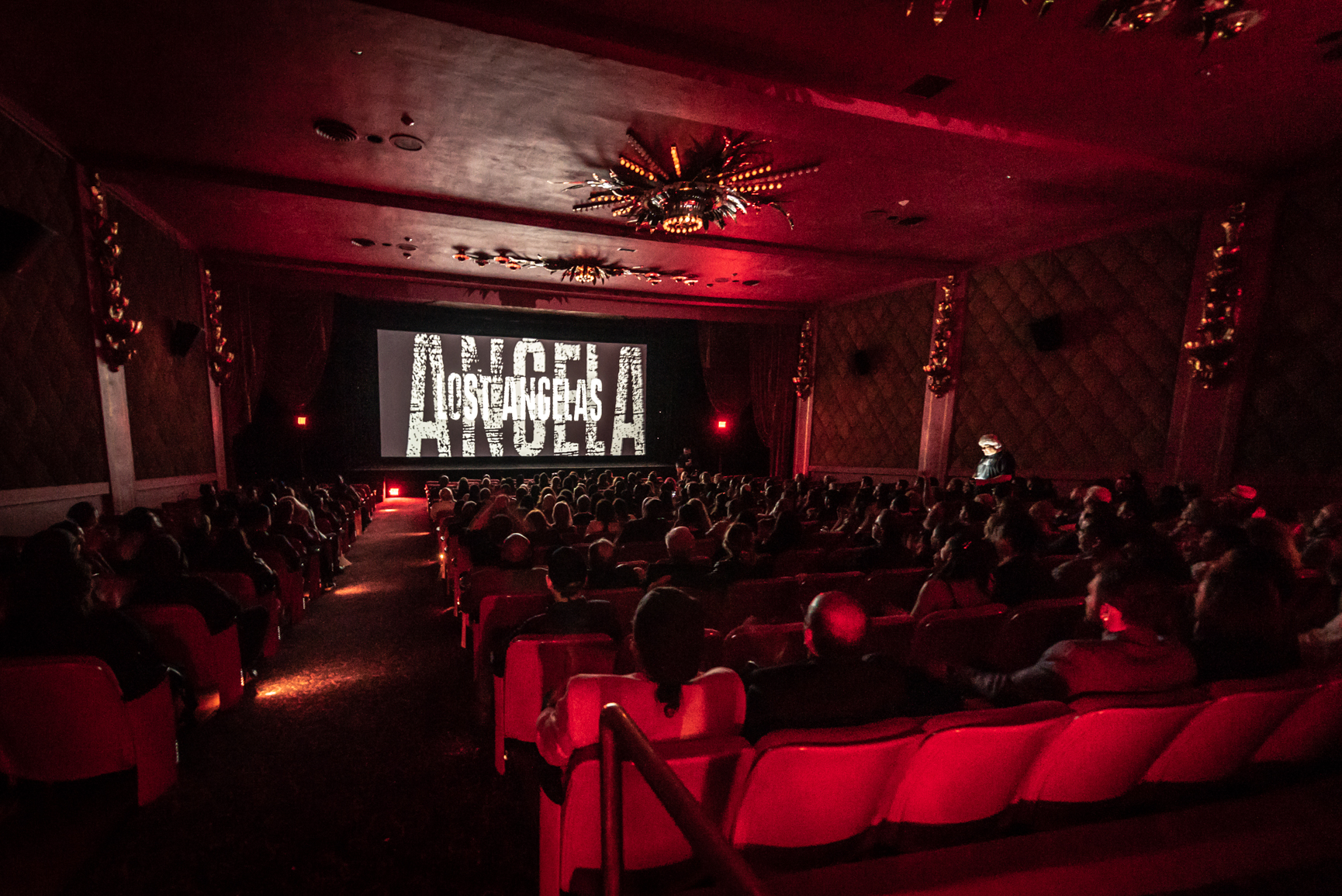 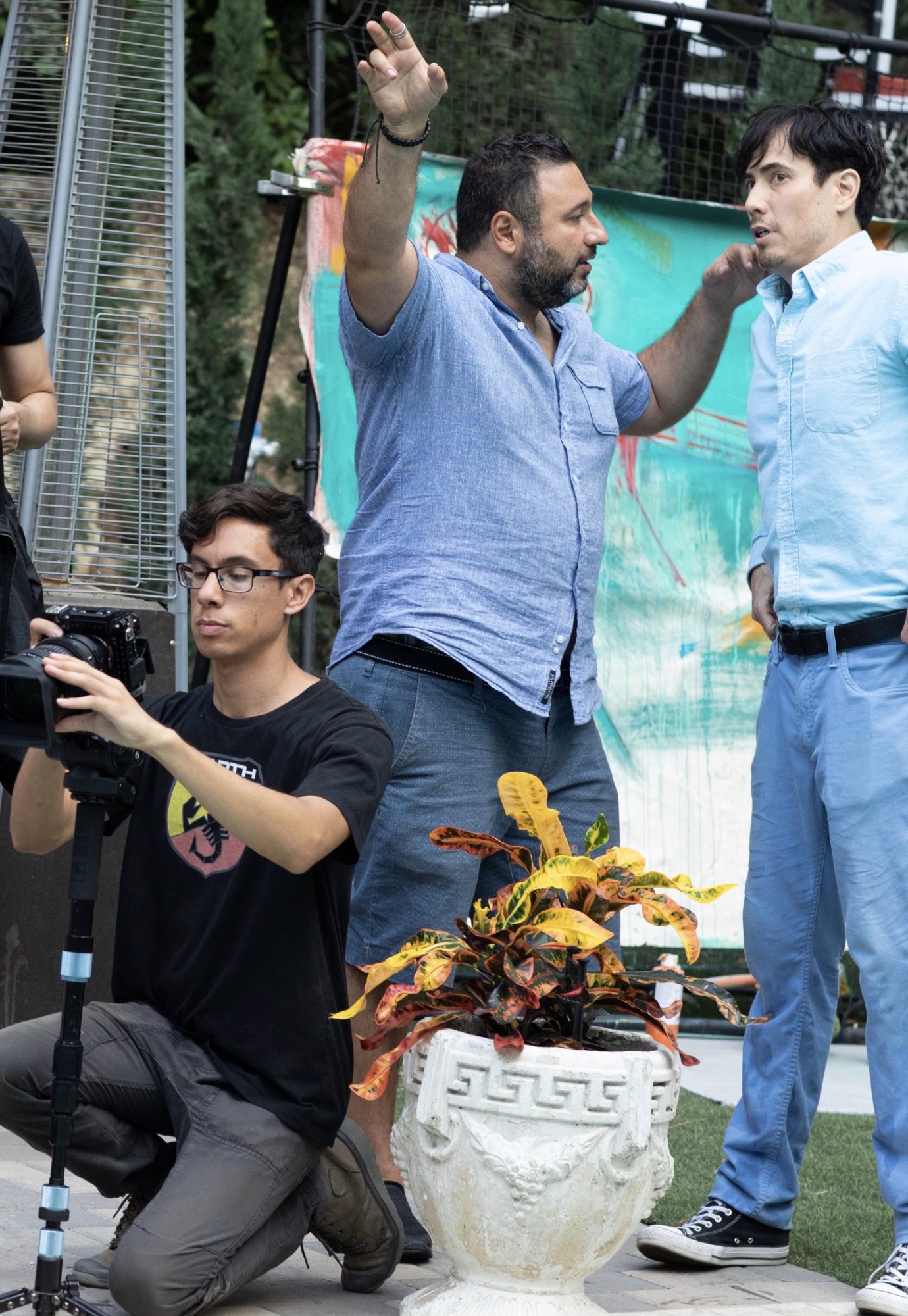 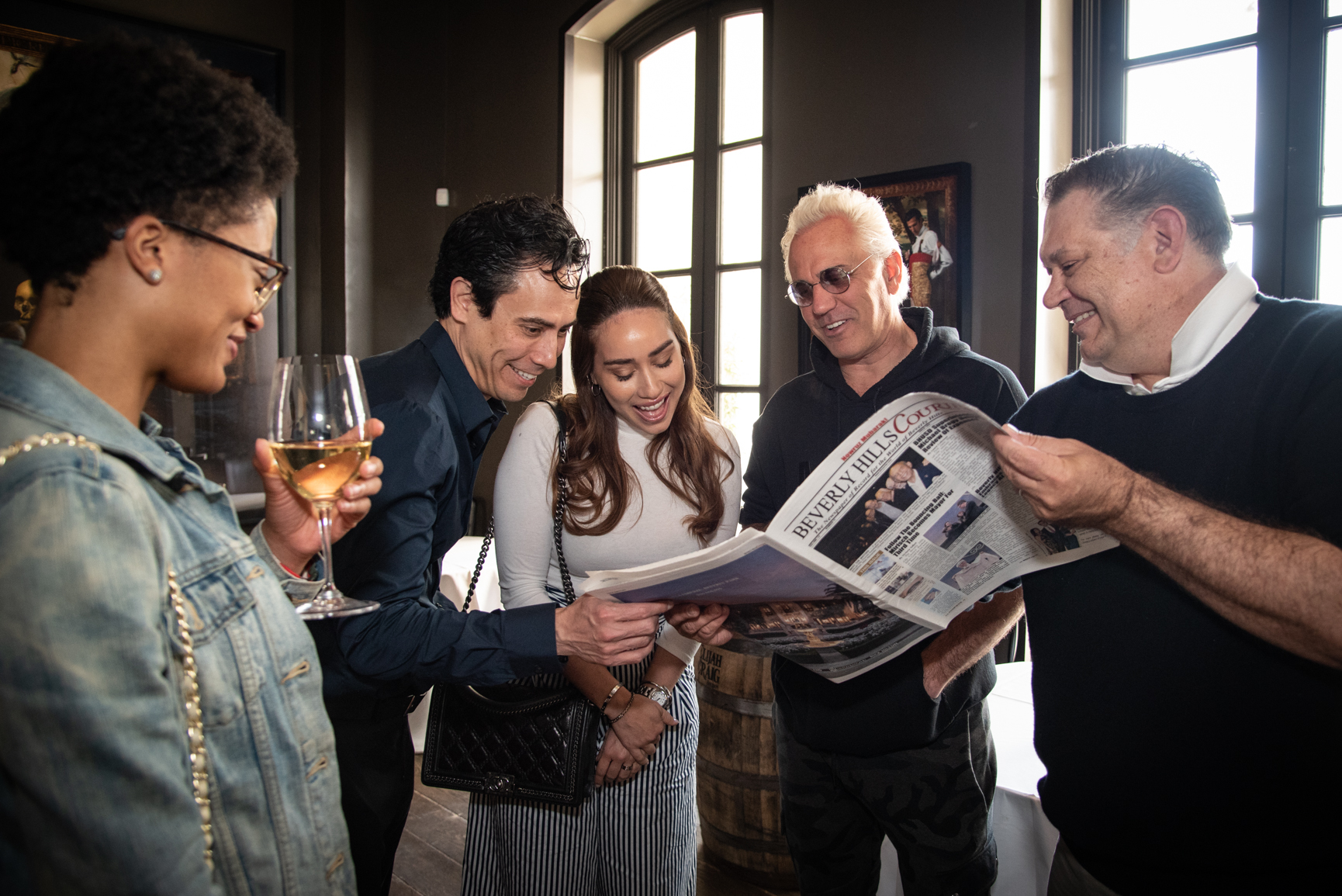 William Wayne with actors Korrina Rico and Jon Jacobs at The Method Fest Film Festival luncheon at Spago as they discover LOST ANGELAS world premiere will be March 26, 2019. 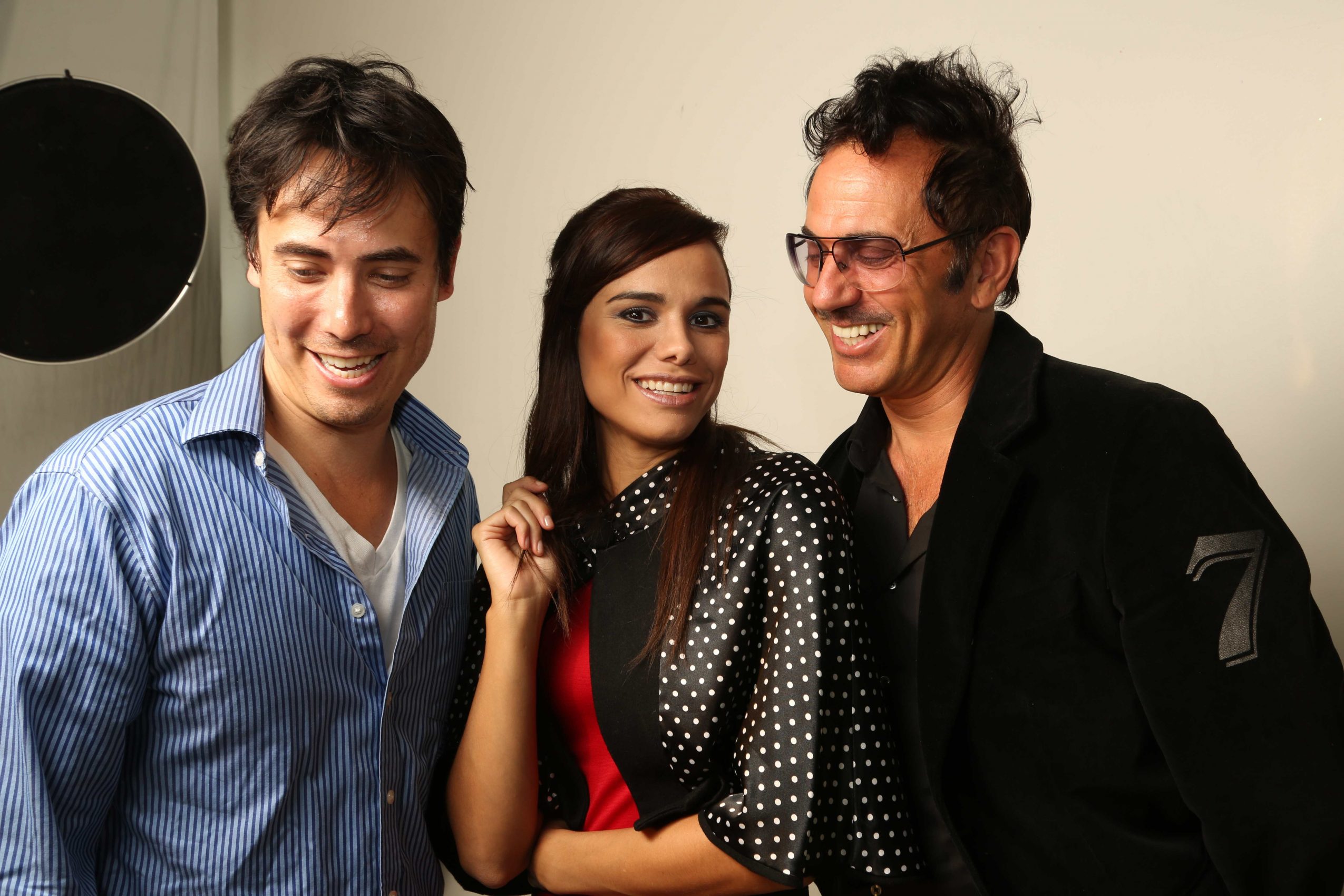 William Wayne with actors Melissa Mars and Jon Jacobs on the set of LOST ANGELAS.