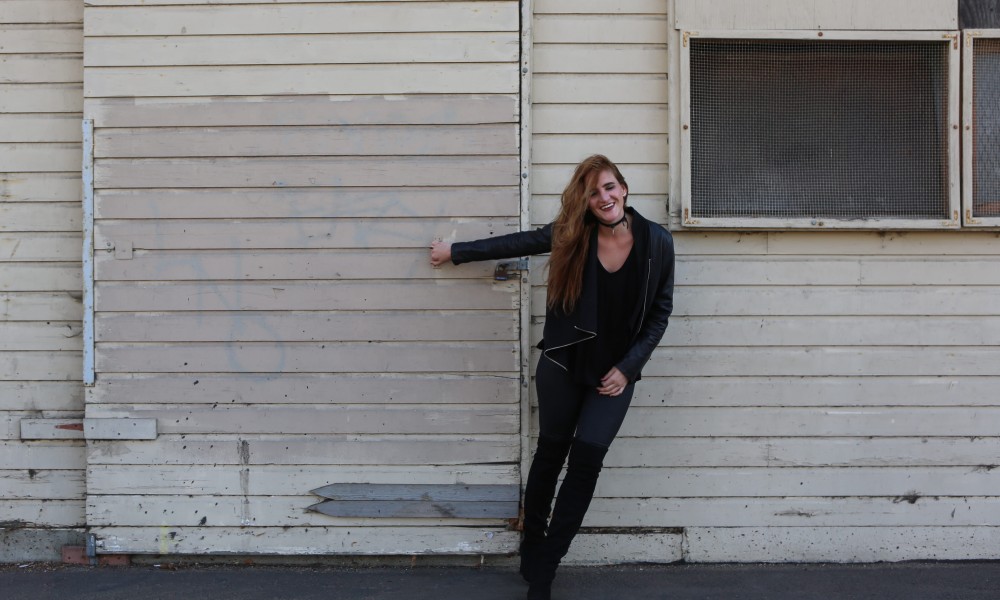 Today we’d like to introduce you to Katja Müller.

Katja, please share your story with us. How did you get to where you are today?
I was born in Mexico City, Mexico on October 12th, 1989. Growing up, I found a deep appreciation for visual arts. I got my first camera when I was 10. It was a 35mm Canon that my father owned in his late teenage years. When I was fourteen, I moved to Los Angeles with my family. I attended high school and University in Southern California. Graduated from Chapman University Dodge College of Film and Media Arts in May 2012 with a BFA in film production. Filmmaking had become my passion during my teenage years. I decided I wanted to become a filmmaker and use the power of an image to raise public awareness about global humanitarian and environmental issues. Documentary filmmaking became my ambition, storytelling my passion.

Working in film allowed me to evolve my photography as well. I learned to capture the meaning and story behind the image. Film also introduced me to set design, through which I discovered my passion for transforming interiors. I am currently working on my own collection of home goods which include some of my photography. I am an environmentalist and an advocate for responsibly obtained products, especially woods. Artistic Habitat (a business I started with my parents) has given me the opportunity to use my creativity to reach out to my community and foment the conservation of our forests and jungles.

Has it been a smooth road?
Pursuing a creative career is never easy. Any artist will tell you that. But in reality, we have little choice in the matter. When your heart beats to the beauty that surrounds it and your soul demands that you create things, you cannot simply choose to take a different road regardless of how smooth the ride might be if you did. Hardship is part of the lifestyle but it’s also one of the factors that fuel everything else. My greatest struggle has undoubtedly been finding a healthy relationship with myself. I have been my worst critic, my most present burden, and my greatest rival. I had to learn how to see my work in a different light. To take a step back and appreciate the progress. I had to realize that my work will constantly be evolving and that exactly that, is what is most amazing about it. Art is an expression and everything is relative to what life gives us to experience. I had to realize that I am not expected to know exactly where I am going in terms of my projects. I had to learn that it’s okay to create something out of a feeling or idea that I didn’t fully understand. That’s the best thing about art, it doesn’t have to be explained.

Tell us about your childhood, what were you like growing up?
My childhood home was surrounded by beautiful gardens. There were a couple of massive weeping willows and grass fields that seemed to run for miles. I was the kind of child that loved making friends with animals and climbing trees. So that property was a dream. I had a pet rabbit once that I found in a hole and catching frogs were one of my favorite hobbies. I found frogs to be absolutely fascinating. Sometimes I would catch tadpoles, put them in a glass container and watch them grow into frogs.

I was also very girly growing up, I loved wearing princess dresses and playing with dolls. This contrast in personality is what makes me who I am. My mother has a very specific anecdote she relies on when describing my personality. So in her honor, I will share it with you.

It was sometime around the time I was about nine years old, I was leaving the house to go to ballet class. My mother had already dressed me up in my pink leotard and white tights. While everyone else got ready to go to whatever extracurricular activity we had that day, I was playing in the gardens. Once it was time to go, my mother called out for me. There I was, standing in my pink leotard and white tights (except for the muddy knees), my ballerina bun already loose. In one hand, I was clutching a bag of frogs that I had collected for my ballet friends.

Is there a specific memory from when you were younger that you really miss?
There were so many wonderful times while I was growing up. I think some of my favorite memories are from simply playing with my brothers. We never really watched television or played video games. Our time was spent using our imagination, we would play outdoors with animals. Whenever we did play indoors, we would put on theater shows or build forts. It was a very creative environment and I thrived in it.

What are your plans for the future?
When it comes to the future, I have learned to refrain from thinking about it too much. I have a clear idea of where I want to be and what I want to achieve. I have found that as long as I live every day in a way that takes me closer to my goals, then I am satisfied. It will take the time that it needs to take to reach my goals, I just want to enjoy the journey.

Image Credit:
For the image of me: Photographed by Shiva Ashrafzadeh.