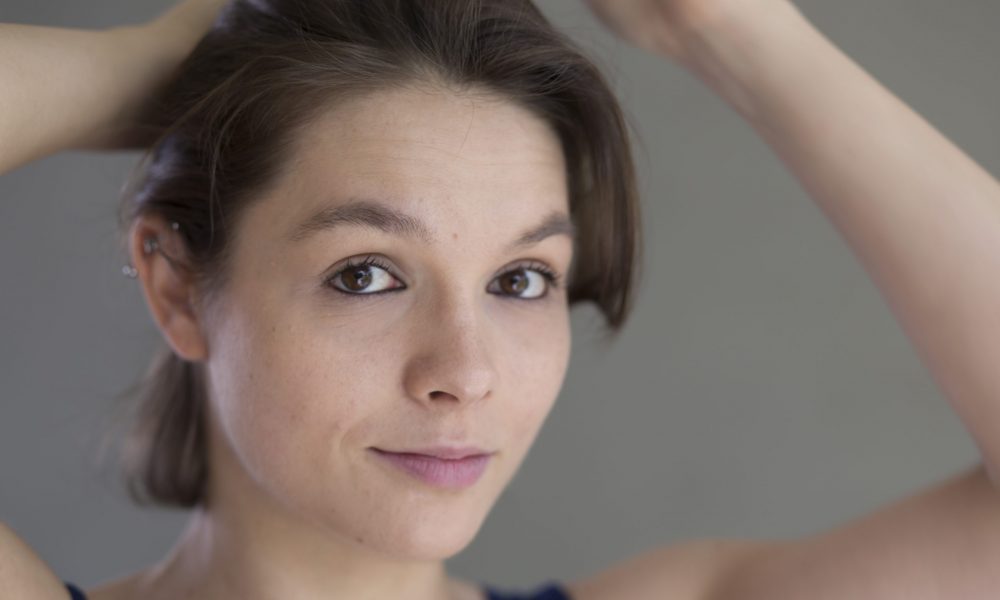 Today we’d like to introduce you to Nathalie Rudolph.

So, before we jump into specific questions about what you do, why don’t you give us some details about you and your story.
I always feel like every single actor has this story about how “they always loved to perform in front of people at a very young age” and “that it was always obvious to them”.

For me, it was a little bit different.

I was born and raised in Frankfurt, Germany and actually hadn’t considered acting as a realistic career until years after I graduated high school. I didn’t even consider it as an option since it was manifested in my brain that I wouldn’t be able to make any money if I went down that career path.

I mean, don’t get me wrong, I always found myself joining some theater class or local acting group or being the only one following through with my teachers invite to go see a play. But there was no actual plan to turn this thing I really enjoyed doing into a job.

That was until I went to see a big production of “Hamlet” with my German class at the state theater in my home town. It was Ophelia’s monologue – the actress gave such a compelling performance, I was stunned! She kept looking straight at me and just kept going. I was completely drawn in. I felt her pain and it was like nothing else existed besides the emotion that the actress had created and had successfully shared with me. And that was it.

From that moment on, I knew that’s what I wanted to do. I wanted to make other people feel. Feel with me, my character and invite them on an emotional journey together.

That’s when my inner struggle began. I started looking more seriously into acting as a career and all my hopes were destroyed. I knew I’d be „better off“ being a nurse or literally anything else. I could pay my rent, travel, have financial stability. So I tried that. I became an EMT right after high school, always while acting in my theatre company on the side. Unfortunately, it wasn’t my dream job so I kept looking for other potential careers. But the whole acting thing just wouldn’t let me go. It kept gnawing, so I attempted to audition at a handful of acting schools. But I was so discouraged by people surrounding me [“Oh, it’s way too hard, you won’t be accepted”, “The only advice I can give you as an actor is: pick a different profession”, “Do you know how many people audition for these?” – all from actors!] that I ended up having panic attacks the day of the auditions and never went. The point came where I signed up for college – American Studies and Archaeology.

It wasn’t even remotely related to acting! I remember sitting in phonetics class, surrounded by Germans with the thickest accents you can imagine trying to get the American pronunciation of one word right for at least 15min. It felt like torture. As a treat at the end of class, we watched a clip from the sitcom “How I Met Your Mother”. That’s when it hit me. It was as if someone had lifted a veil. I realized that I was completely wasting my time and that I didn’t want to be one of the people watching a TV show in class – I wanted to be one of the people on the TV show!

But it was more than that. I also realized that Germany was holding me back. I knew that if I wanted to this I had to do it right. Away from all this boxed in, traditional thinking. So long story short, within four months, I ended up signing up for an acting program, got a student visa and booked a flight to Los Angeles – which turned out to be the best decision of my life.

I was supposed to stay for six months and at this point, I am approaching my 6th anniversary.

We’re always bombarded by how great it is to pursue your passion, etc. – but we’ve spoken with enough people to know that it’s not always easy. Overall, would you say things have been easy for you?
To be honest, it still is everything but easy.

Not only the fact that I am self-employed in the most competitive industry in one of the most populated cities – but I am also doing it in my second language. I came here as a student and had to work really hard and sacrifice an unspeakable amount just to get to the ground level from where every American actor starts from.

The struggle never ends but I wouldn’t want it any other way!

Please tell us more about your work, what you are currently focused on and most proud of.
Before I came out here, I did a lot of plays at the “Junge Bühne Mainz“, which is one of my hometown’s theatre groups and was taking camera and scene study classes.

When I started studying in LA, I was performing in my school’s plays at the Edgemar Center for the Arts and the Los Angeles Performing Arts Conservatory and also kept building my resume with smaller short films.
It felt very limiting being on a student visa, not being able to work for roughly two years!

So, you can imagine the amount of unpaid projects (on stage and on-screen) I have worked on.
But I cherish all of these very valuable experiences immensely. They showed me that sometimes it’s simply about the project and the art behind it – not the money.

Once I was legally allowed to work, I got very excited about getting cast in the Feature Film “Crossing Fingers“ which won “Best LGBTQ Feature“ at the IFS Film Festival 2018 and which can be viewed on the streaming platform revry.tv.

But I knew deep down that I couldn’t just leave theatre behind, so in 2017, I became a proud member of Theatre 40 in Beverly Hills and performed in two plays (“The Last Wife“ and “Mr. Pim Passes By”).

And just earlier this year, I got to be a part of my first Equity Show “The Manor”, which is an immersive play that takes place inside the Greystone Mansion in Beverly Hills and will return in 2020 for its 18th season!

Last year, I also played Mollie Ralston in “The Mousetrap” at Crown City Theatre and got rewarded for my work in “Villainy” at the Whitefire Theatre with a nomination for “Best Supporting Actress” by the Valley Theatre Awards!

And I am very excited about having shot my first Guest Star role for “Twisted Love“, which will air on Investigation Discovery next year!

But there is always something new to discover and I try different ways to push myself and get me out of my comfort zone.

For example, I have written my first short film script and am planning to produce it next year.

Has luck played a meaningful role in your life and business?
There is this saying I really like: “Luck is when preparation meets opportunity.”

Always be prepared. Stay active. Keep your tool sharp. Make connections. Create your own projects. Do plays. Take classes. Get out of your comfort zone.

Be the artist you want to be and the opportunities will create themselves.

Because literally nobody is waiting for you out there. 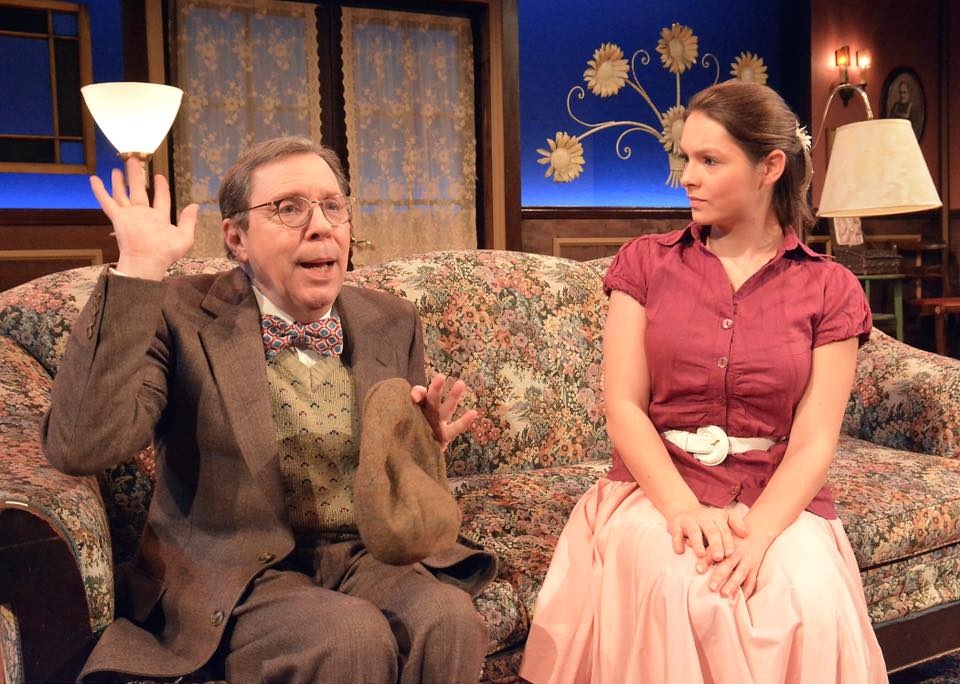 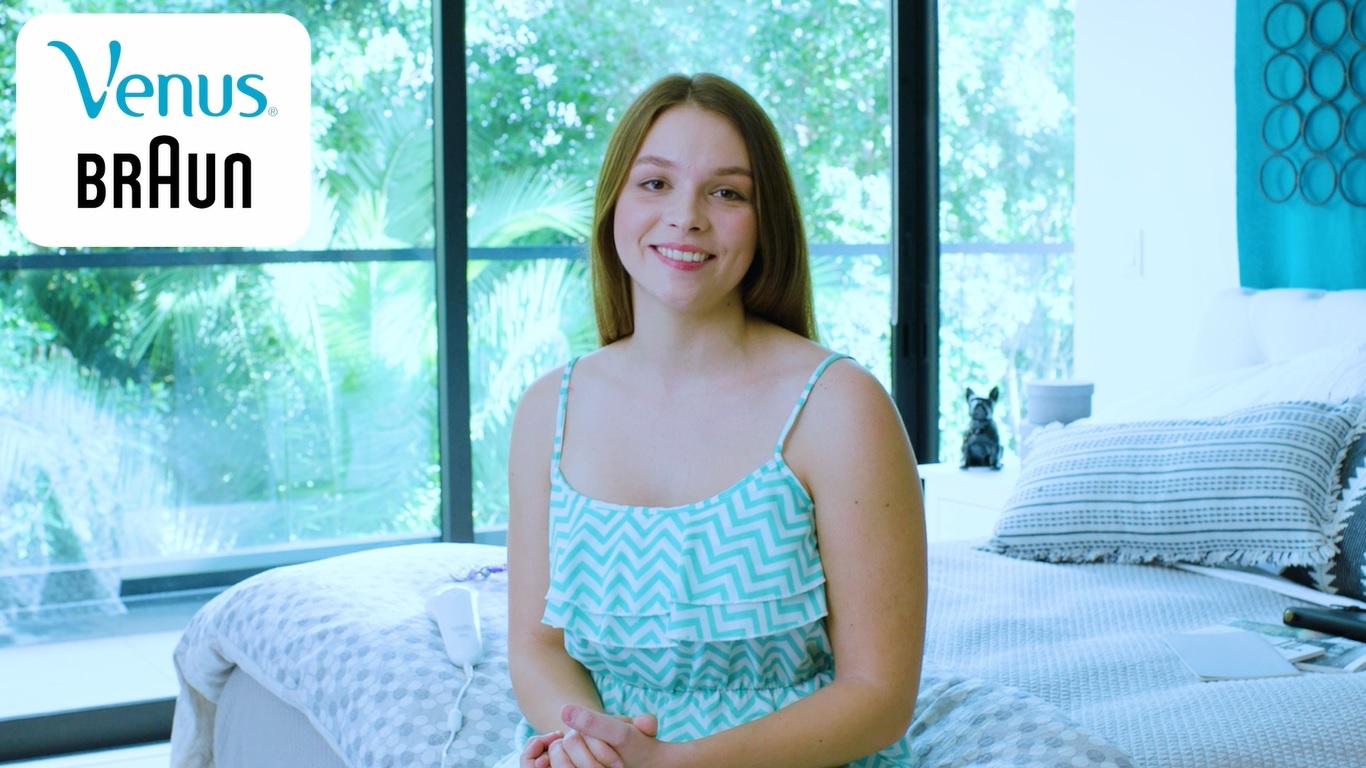 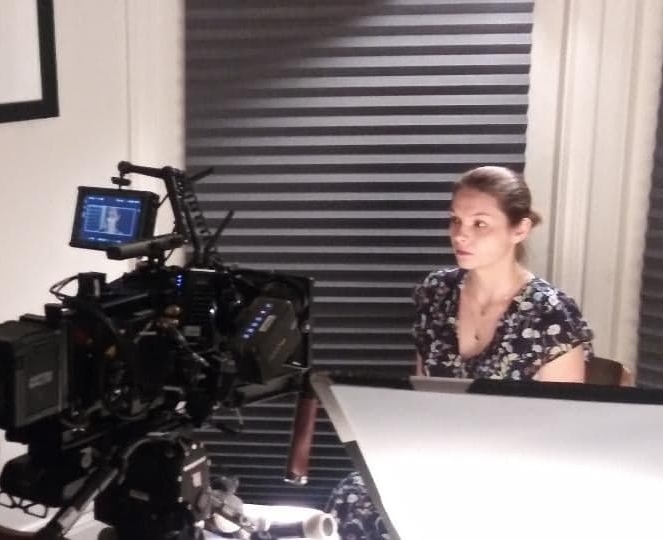 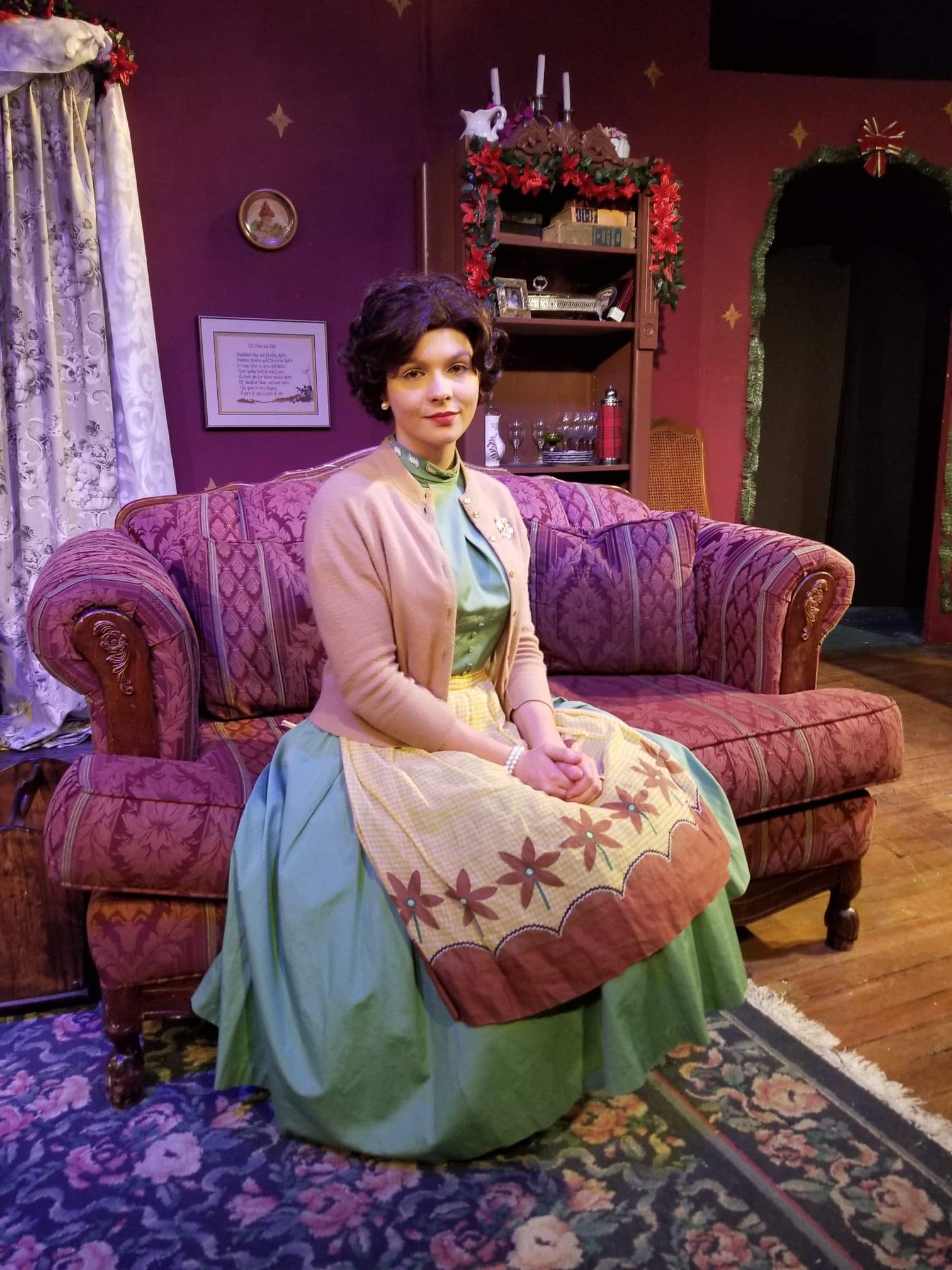 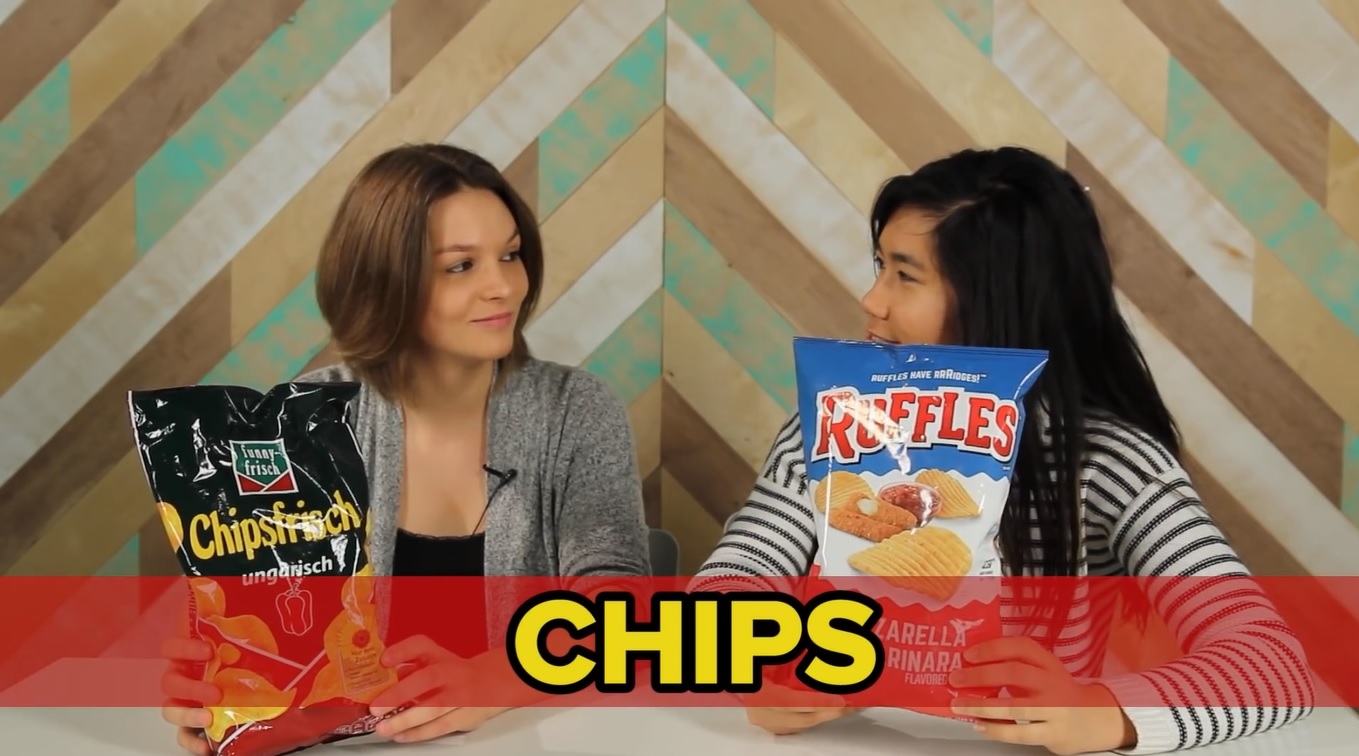