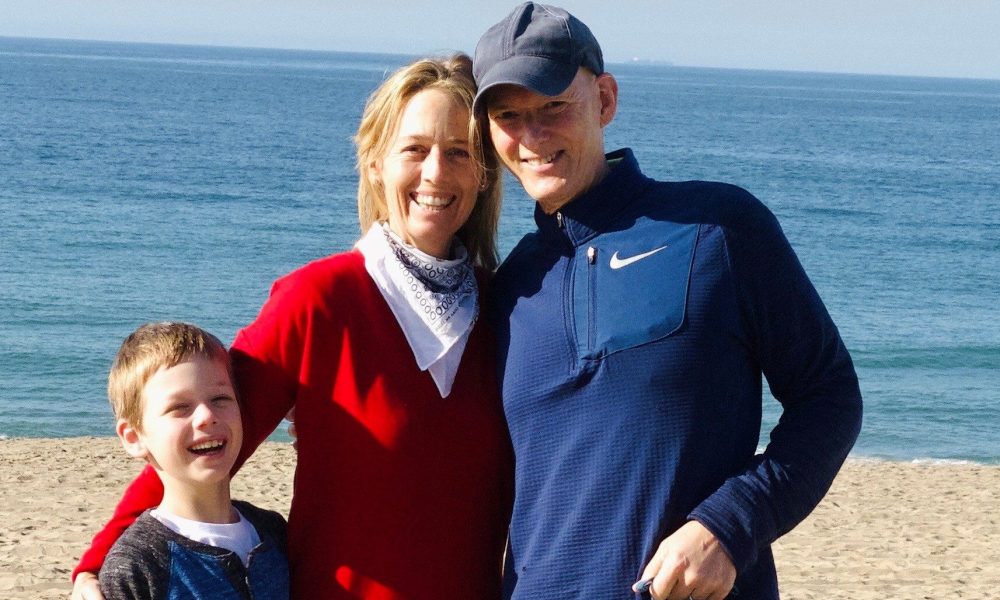 Today we’d like to introduce you to Lee Schneider.

Hi Lee, we’d love for you to start by introducing yourself.
When I started as a writer, I expected to be working for no one but myself. The plan was to become a famous novelist, get my novels sold to become feature film properties and to live in a big house in California. This fantasy was elaborate. In my fantasy home, funded by writing bestselling novels, I had a greenhouse with rare plants, a full-time worker to take care of them, and many typewriters, a different one for each kind of story I was working on.

The typewriters alone should tell you that this is a story from a long time ago. The California fantasy has come true, but not in the way that I expected it to.

To make that fantasy come into being, however, I had to abandon novel writing pretty early on. The problem was finishing one. One vagabond season, I traveled all the way to Europe to write a book and ended up producing only a novella, written in Italian, that nobody understood. (I’m not convinced that I understood it, either.) Writing screenplays was easier.

I learned to write screenplays by being a screenplay reader. It was a job that required me to read three or four screenplays a week, and every so often a novel, and take them apart. I had to write a synopsis of the story and tell my bosses whether they should make a movie based on what I’d read.

Some scripts and books I read became successful movies. I loved that job because I loved movies, and it was fun to take apart a story down to its bare bones and understand what made it work.

Put another way, I learned how stories worked by taking them apart.

That taught me more than writing plays, producing plays off-off-Broadway, or directing plays, all of which I did. It was the reading and story wrangling that taught me the most about how writers and producers made stories.

We all face challenges, but looking back would you describe it as a relatively smooth road?
I loved writing screenplays, but it took me a while to sell one or even the idea for one. I had to take on all kinds of writing jobs as they came. I wrote cartoons like the iconic *ThunderCats* and learned how animators visualized my ideas, and I wrote television news like *Good Morning America* and saw how shows like that worked.

I was paying the rent on time, but it was a mess of a career. I realized that I needed to focus on a genre or area of expertise, but here came the rent again every month. And here a fissure started, a split in my work. I did some jobs for the money, to pay the rent. Others I did because they fed my soul. These categories and the tasks associated with them split wider and wider as I married, had kids, bought a house, had medical bills, and acquired all the trappings of being an adult who carried debt in the world.

This was less fun than before. It was a grind. It required more coffee to work up to working and more wine to wind down after. As the fissure widened, I felt like I had one foot on one side of a river, let’s call it the paying work side, and another, on the other side, the soul-feeding side that felt great but paid nothing, at least at the time. The soul-feeding work was always speculative. It was future-based. Someday, this kind of work would pay — I’d sell a screenplay — it just hadn’t happened yet. I knew that someday I would be producing something that paid *and* fed my soul.

I’d like to say that my patience for working this fissure, straddling the river, would extend into forever. I was always willing to wait for my big break and the big money would roll in.

Appreciate you sharing that. What else should we know about what you do?
Others around me were not so patient. My marriage ended. My health declined as I tried to write novels and movies in the mornings before I went to work. I was writing and producing television news during the day and sometimes into the night, and then trying to stay up even later to write my passion projects. I was ducking into the hall at work to take calls about indie projects I was working on, then ducking back into the newsroom to keep doing my day job. Like anyone who was working for money and for love, but not both at the same time, I was stretched thin. My therapist at the time told me to stop writing, the single worst piece of advice I’d ever received. I took it. Then, without anything to create, I was directionless for a while.

Any advice for finding a mentor or networking in general?
If you asked me for mentoring or networking advice or for advice that gets you over the bumps that come out of nowhere and crash your career, I’d say first, you have to look inside. *What do you really want to do?* I’d ask. *And how can you do it in a way that leverages some special skill or aptitude that you have?* The questions are simple, but the answers are hard. If you want to work at something you love and get paid well for it — and who doesn’t want to do that? — you also need a support system. I hadn’t given much thought to that. Coffee was good enough for me. The ideas flowed, so why not? Until one day, they didn’t, and I was seeking a place to live apart from my family.

After the divorce was final and my life was rebooted by force, I realized I had another shot at the whole thing: life, work, love. I had the chance to surround myself with fellow travelers, people who understood that creative work is always a gamble. I was lucky enough to find a new life partner, and we had a child together. My children from my previous marriage were still in my life, and we loved each other.

My wife loves the outdoors and nature. She’s shown me how it refills you, and it revitalizes our relationship. One of the great things about living in LA is the outdoor spaces you can get to easily.

I mentioned the split in my work — some of it paid the rent, some for the love of it. Making those the same thing, serving the same purpose, has been my task for the past few years. That’s what my company, [Red Cup Agency], has been for me. I have found ways to work on projects that both matter to me and also pay the rent. I’ve focused on podcast production for the last five years. I’ve started to expand into podcast marketing as well. When you run your own company, as I do, clients have to accept what you offer, see you for who you are, or else — simple — they don’t hire you in the first place. They hire you for who you are.

My wife now is a fellow entrepreneur. Our relationship is another support system. She understands that when you run your own company, it’s an up and down path, like running a marathon on rocky terrain. It’s a challenge, but you don’t want it to end because you’re doing it together.

Healing the split in my work, an ongoing process to be sure, started with finding out what I was good at and learning how to offer it to clients. The way I got to this point has something to do with my early work as a screenplay reader. I studied stories and learned about story construction. This, I realized, was a practical skill I could apply across almost all media. I use it in podcasting now.

Within the flow of work and life, you don’t always recognize your teachers when they come to you. I didn’t know that my boss at the animation studio would teach me how to write a screenplay. I never realized that the people who ran television networks would show me just how not to run a network. I didn’t know that producing plays would teach me how to produce podcasts because podcasts didn’t exist yet.

You also don’t always recognize your dream when it comes to you. When I started out as a writer, I predicted that I’d be working for myself on projects that fed my soul. That’s where I am now, but I got here in a way that I couldn’t have predicted. Closing the gap between doing what you love and doing the work you get paid for happens with bold steps, to be sure. But it’s also a day-to-day vision that comes into focus over a long time. You have to make those small steps, cultivate support systems, and recognize the dream when it has finally arrived. 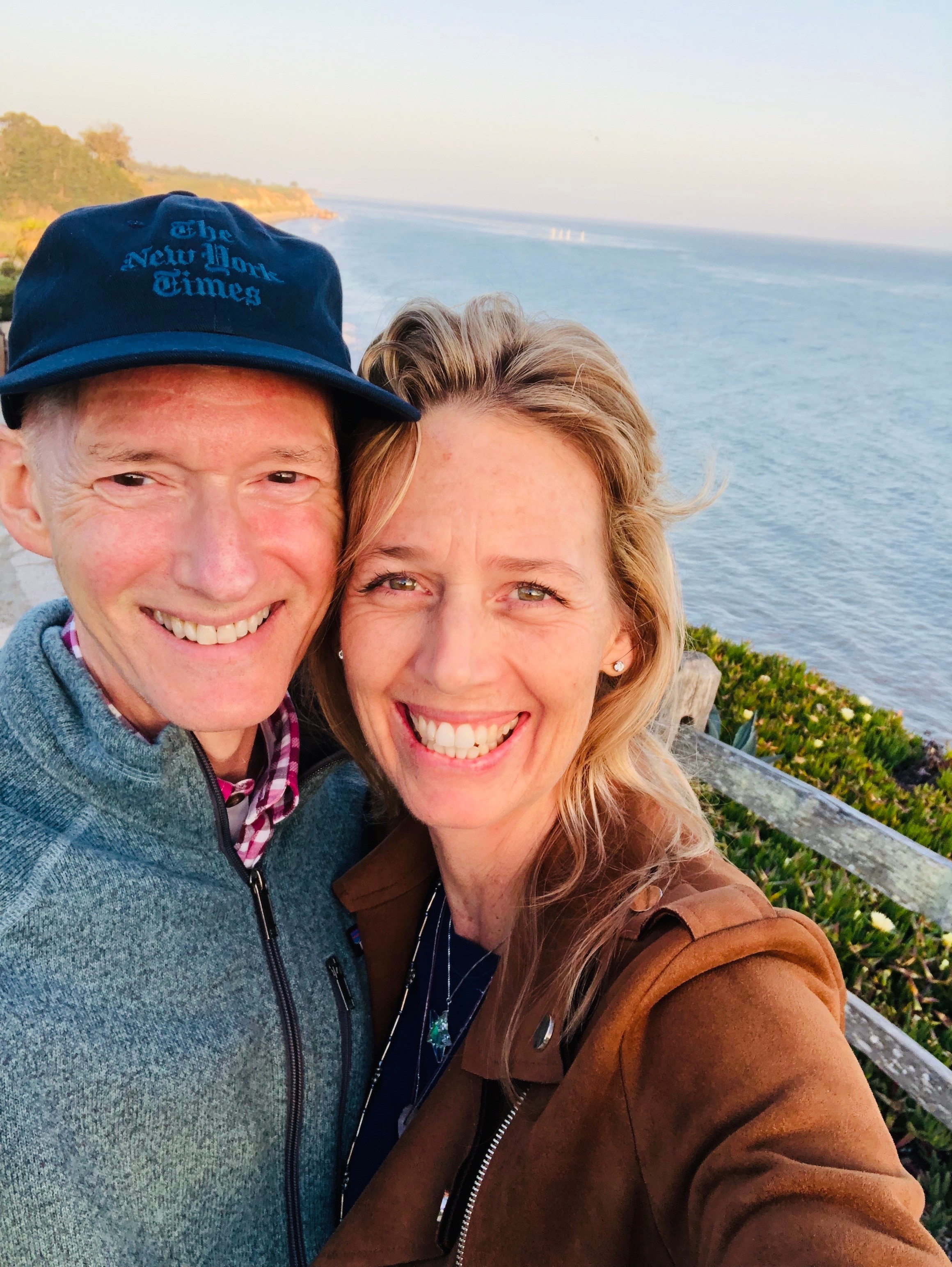 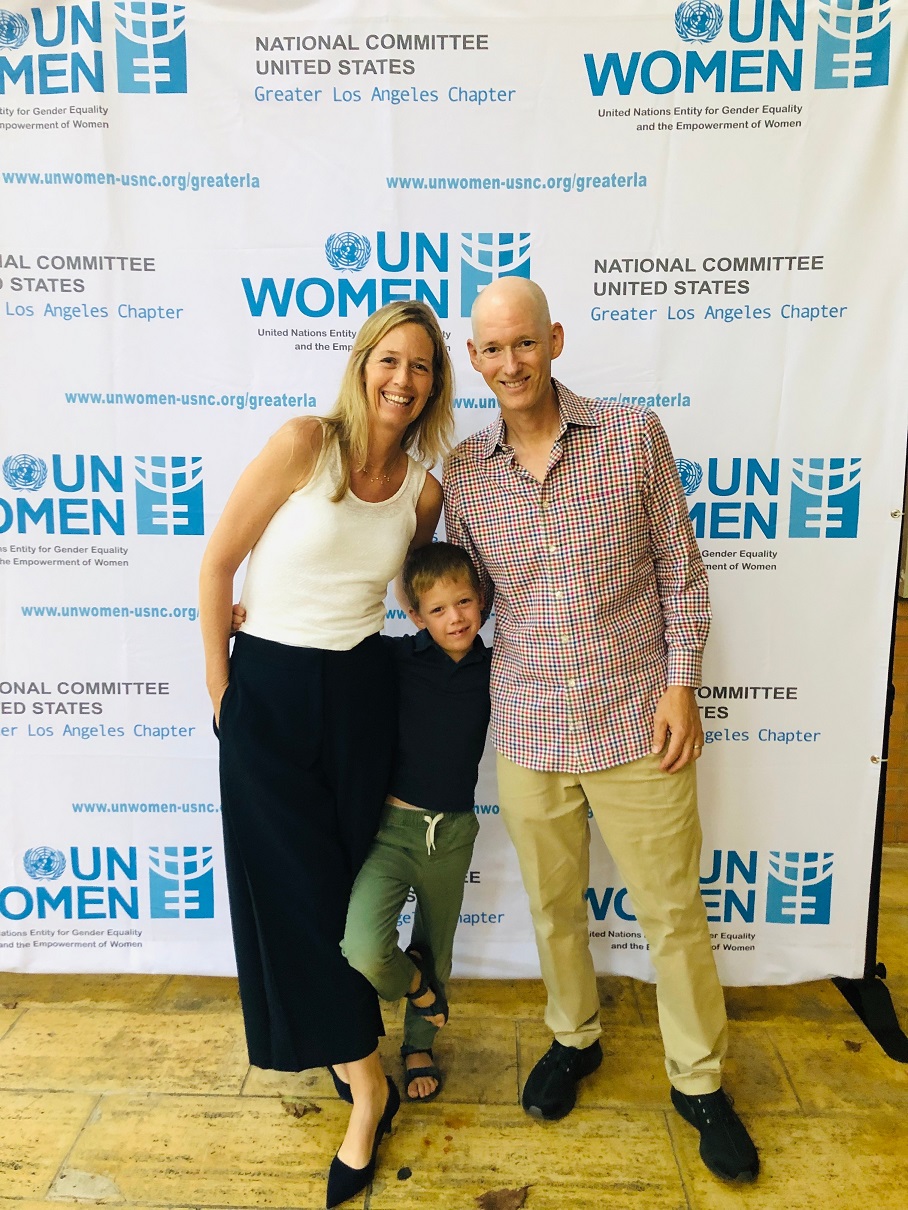 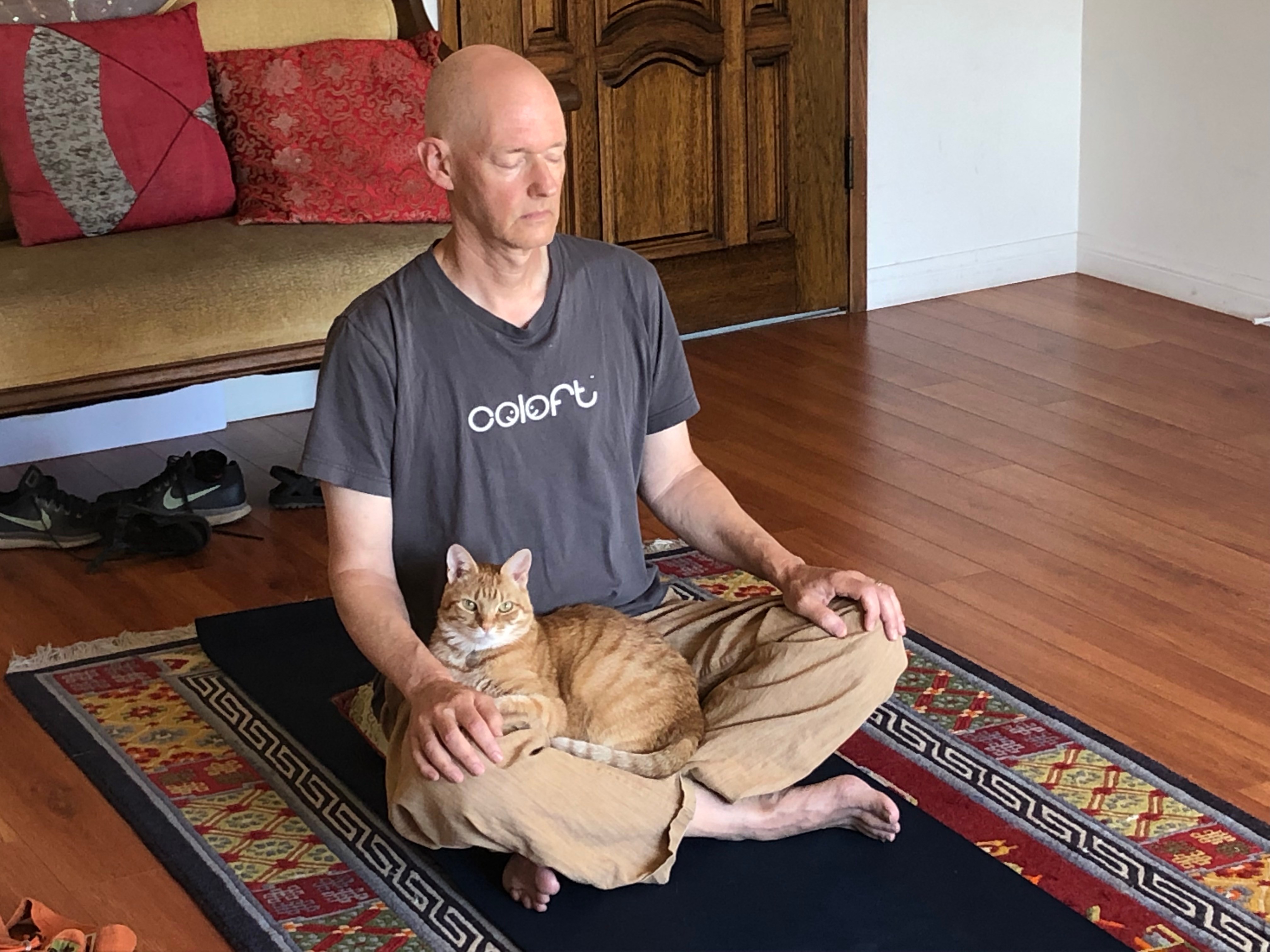 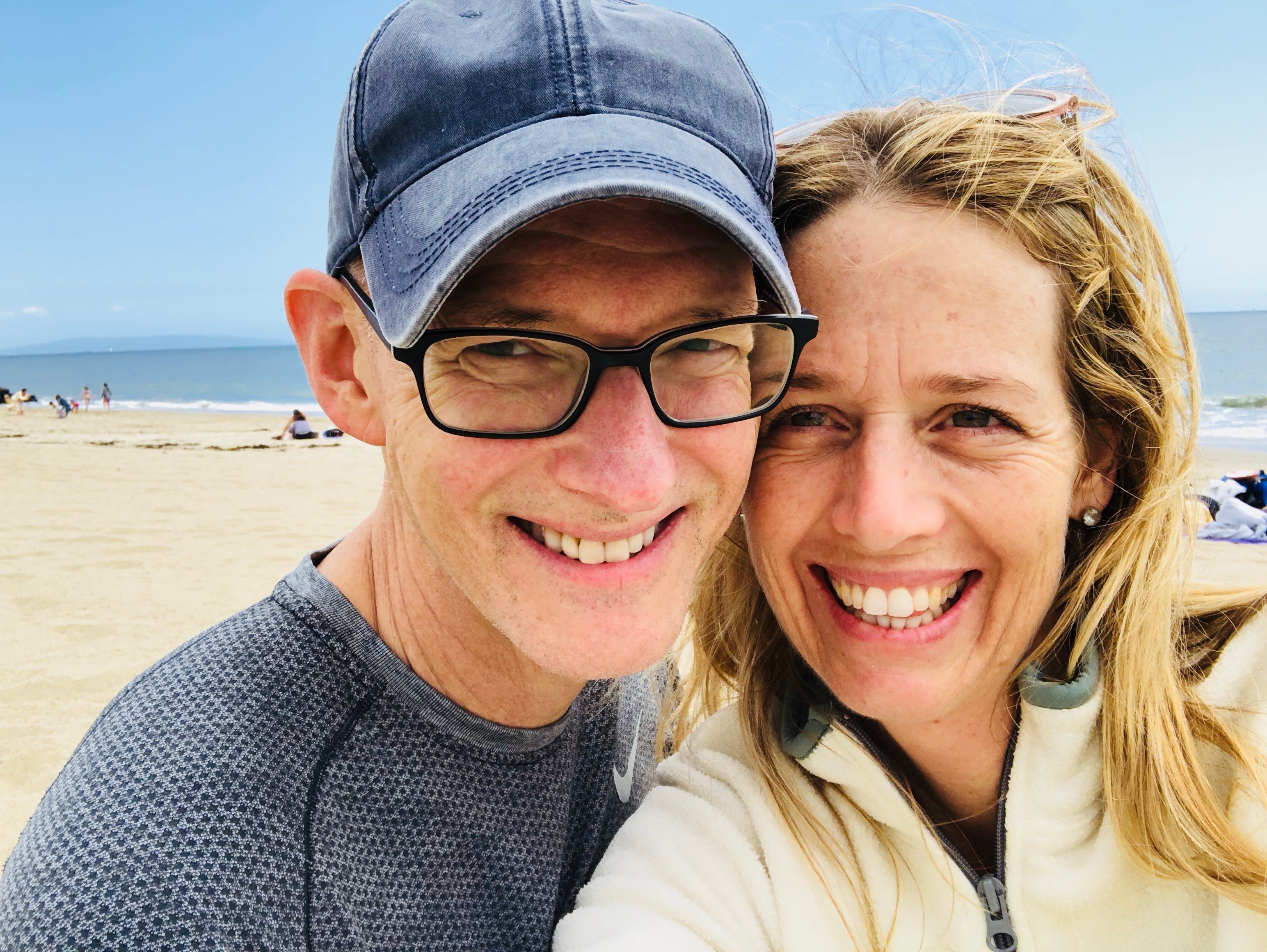