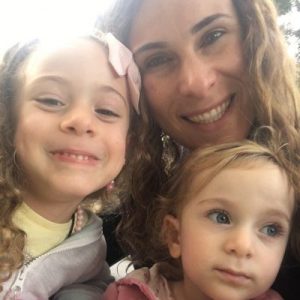 Today we’d like to introduce you to Heidi Basch-Harod.

Heidi, can you briefly walk us through your story – how you started and how you got to where you are today.
As the executive director of Women’s Voices Now (WVN), I’m responsible for the vision, strategy, and international fundraising efforts that sustain and grow WVN’s programs, locally and globally. I’m also the founding editor of WVN’s digital publication, The WVoice.

To my work with WVN, I bring my experience in international human rights advocacy from my work with the Tibetan Nuns Project, the Tom Lantos Human Rights Commission of the U.S. Congress, and the Palestine-Israel Journal. As a scholar of the modern history of the Middle East and North Africa, I maintain a healthy curiosity in women’s rights movements of the region. I specialized in women’s movements of the MENA region and earned a master’s degree from Tel Aviv University.

In 2017, my master’s thesis, The Kurdish Women of Turkey: Building a Nation, Struggling for Gender Parity, became a published monograph (Moshe Dayan Center for Middle Eastern and African Studies). I am a writer, although the tasks necessary to keep WVN flourishing and serving limit the time I have for this pleasure and calling.

However, my written works can be found in several publications, including Open Democracy, Palestine-Israel Journal, Tel Aviv Notes, Working Mother, The Berkeley Daily Planet, The WVoice, and the edited volume, Kurdish Awakening: Nation-building in a Fragmented Homeland.

Through my work with Women’s Voices Now I have also learned about filmmaking. I was very proud to participate as a producer of the award-winning feature documentary Honor Diaries, and the highly-acclaimed short film, In Search of America, Inshallah.

Considering myself a practical idealist, I remain committed to the work by reminding myself that I’m part of the living chain of people who dream and work for a better world, and the future generations who will continue to do so as well.

Great, so let’s dig a little deeper into the story – has it been an easy path overall and if not, what were the challenges you’ve had to overcome?
The need for an organization called Women’s Voices Now reveals that this road is anything but smooth. As we know, women’s voices are rarely heard at the volume of men’s. Fortunately, with the viral #MeToo movement the voices became louder and, as a society, we are finally listening. But we have to be one step ahead.

Now that women’s voices are being heard, what comes next? That’s the direction into which I’m steering the organization. How do we make women’s rights issues an universal concern? How do we get men to participate in meaningful ways and numbers? How do we undo millennia of patriarchy? It’s not impossible but it takes diligence, and we have to be in it for the long haul.

Women’s Voices Now – what should we know? What do you guys do best? What sets you apart from the competition?
Women’s Voices Now (WVN) was founded in 2011 initially as a film festival to celebrate women’s voices from the Muslim World. In late-2015, we decided to expand the mission – recognizing how it is fundamental to include all women’s stories because women rights are universal, and the need to share these stories is also universal.

Globally, less than 24% of news stories are about women, less than 11% of women hold positions of power in media. So while still highlighting the untold stories from the Muslim world, WVN expanded the film festival to include all stories. We also expanded the mission and programs of WVN.

In addition to the online film festival, WVN curates an extensive archive of women’s rights based films, hosts educational screening programs in Los Angeles and beyond, produces an online publication, provides fiscal sponsorships for filmmakers, and conducts media workshops in underserved communities. In 2017, we received a special consultative status to the UN Economic and Social Council.

That means that our work is internationally recognized as contributing to several United Nations Sustainable Development Goals. These include Good health and well-being, Quality education, Gender equality, Reduced inequalities, Peace, justice and strong institutions, and partnerships for the goals.

With each of our programs, Women’s Voices Now fulfills these goals by leveraging the power of film to advocate for women’s rights both in the online space and on the ground. There is a chain of connection that makes WVN work so innovative and dynamic.

A woman anywhere in the world wants to make a film. She applies for our fiscal sponsorship. She gets the funding to make the film. She submits the film to our Online Film Festival. She wins a cash prize, which she uses to make more films. Those films end up in our online archive. A woman in India views the film and shares it with her community.

We use one of those films to host a screening in Los Angeles raising awareness about a particular women’s rights issue. The film is then used in combination with other films in the curriculum for a creative workshop with homeless women, for example. We also use the film in our youth media training program.

A young filmmaker from South LA is inspired, not only becoming empowered but also educated on a larger issue. In this process, not only have we educated, raised awareness, and inspired people — we’ve actually created a global community of activists — an intergenerational and intersectional community that’s interested in transformation, and every element has participated in a culture shift.

We see media as both the problem and the solution. That’s why Women’s Voices now creates the space in which the media is created, distributed, and then organized into campaign-based calls to action. This isn’t just how we run the organization, its a social change theory put into practice with every program, event, and campaign it initiates.

What moment in your career do you look back most fondly on?
In the Summer of 2018, we led a 4-week intensive media/journalism/filmmaking workshop for 19 girls from underrepresented communities of color in and around Los Angeles. We did so in collaboration with another L.A. non-profit, Global Girl Media.

The girls with no prior filmmaking experience, and in only four weeks, learned the basics of film and journalism, conceived of, produced and completed four short social-impact documentary films. They chose the topics of their films, choosing issues that were important in our current socio-political climate and important to them; issues facing marginalized groups of people.

The films are powerful and we are currently building impact-based campaigns to use these films for youth engagement and activism in the United States and abroad, creating clear calls to action about the subject matters in the films. Watching these films become real media content was very gratifying.

But more so was the process of transformation experienced by the girls, the community that was built, and seeing the WVN social change theory powerfully and positively influencing the lives of young women. It was indescribably meaningful to me. 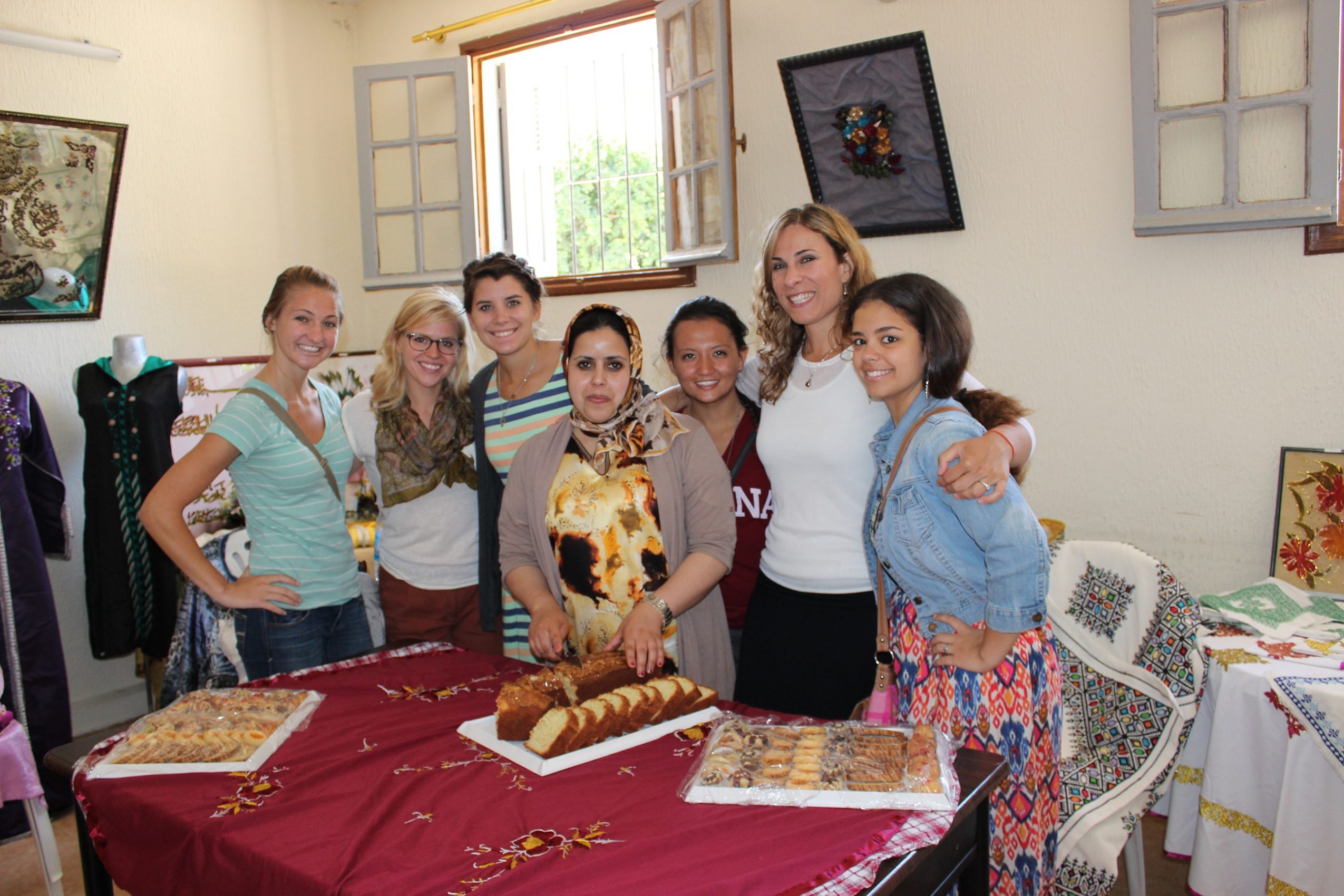 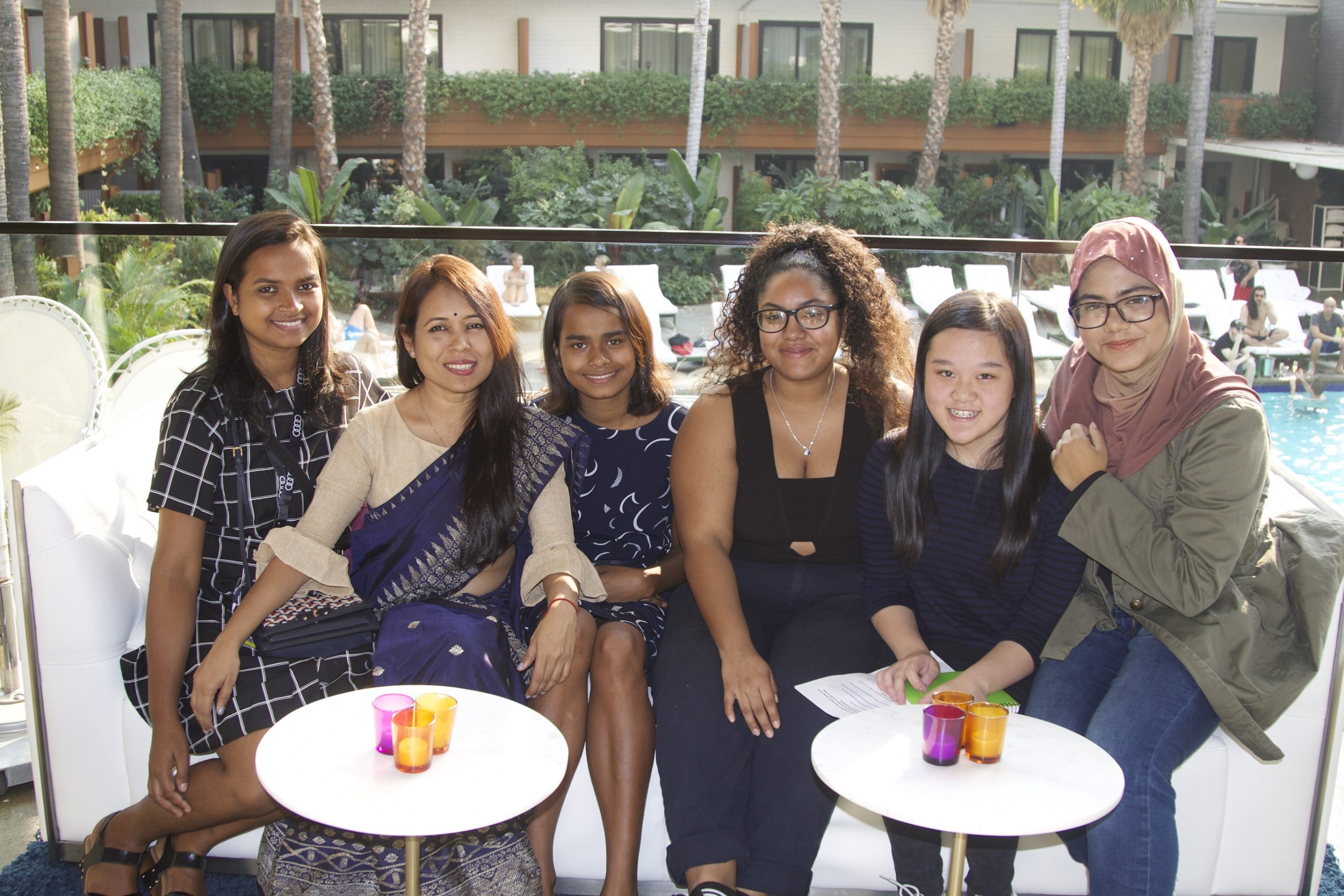 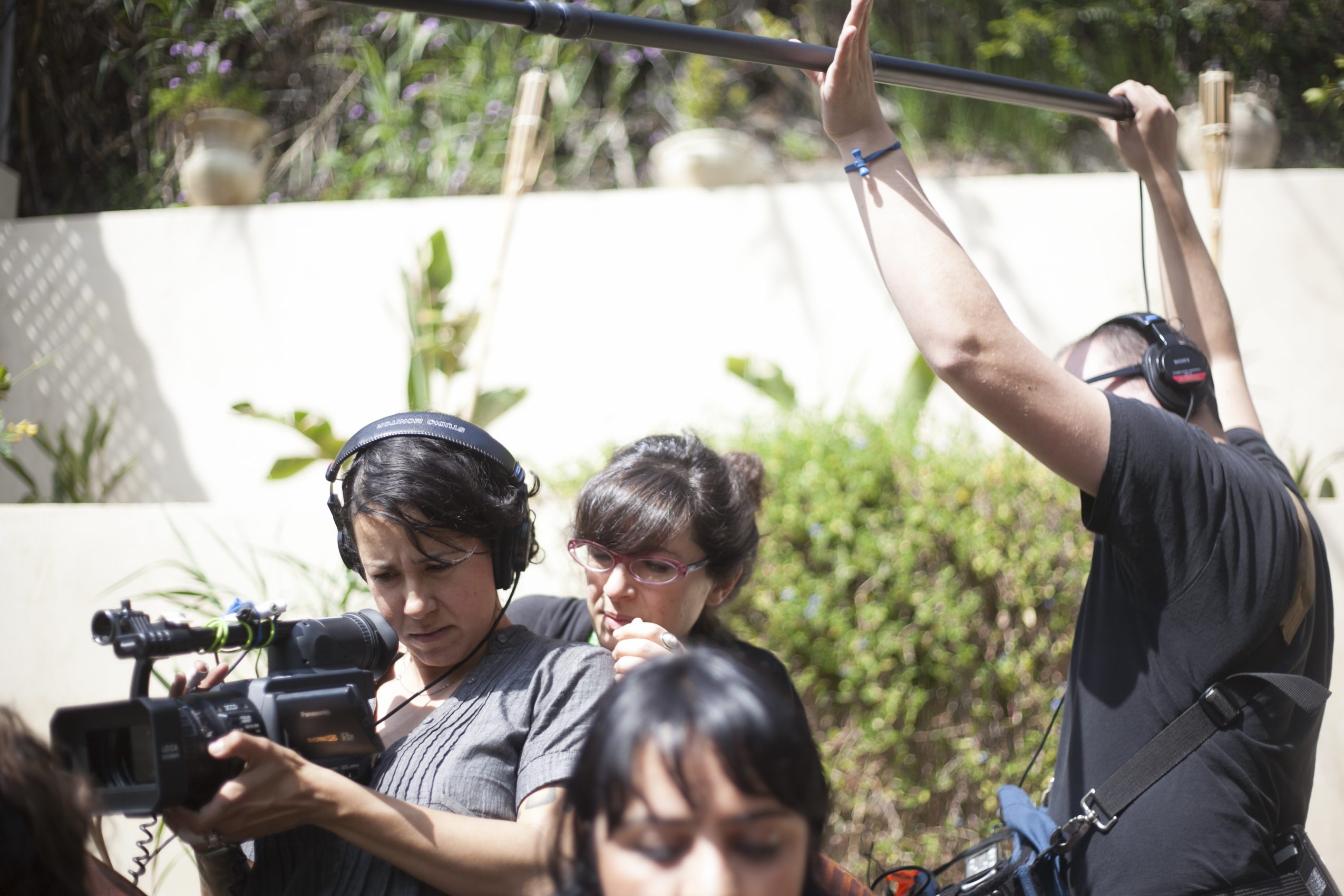 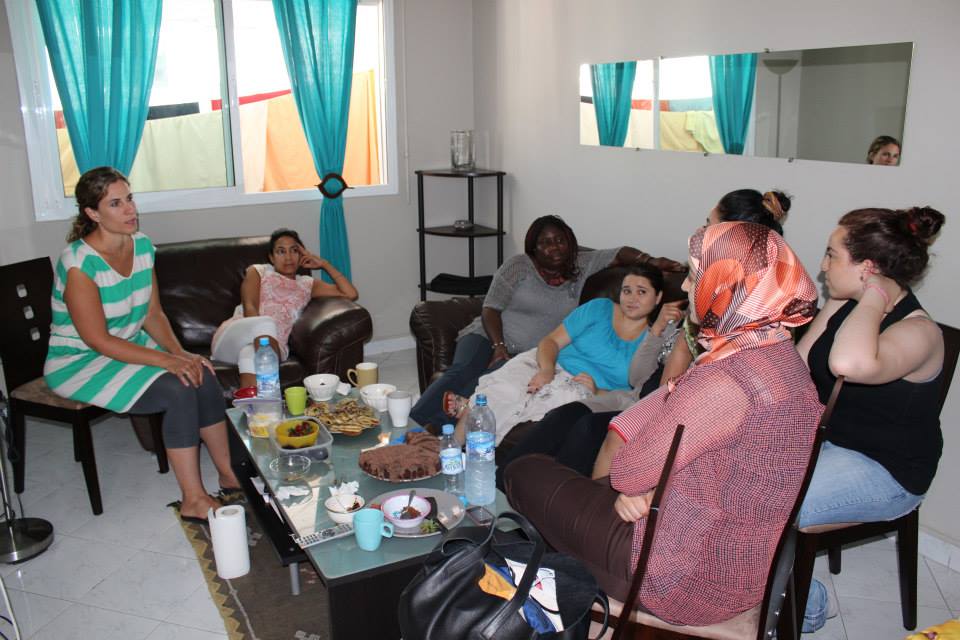 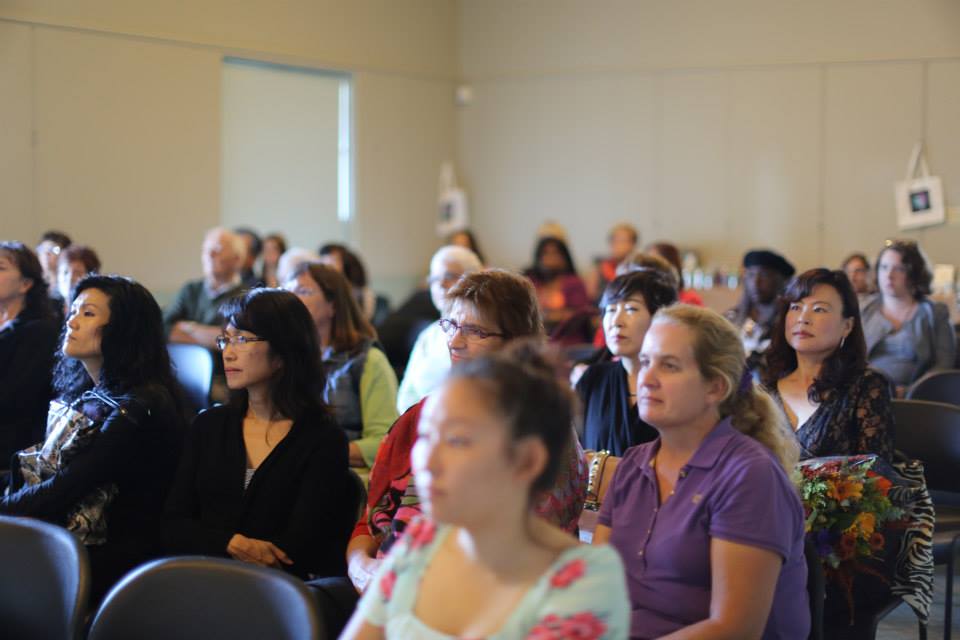 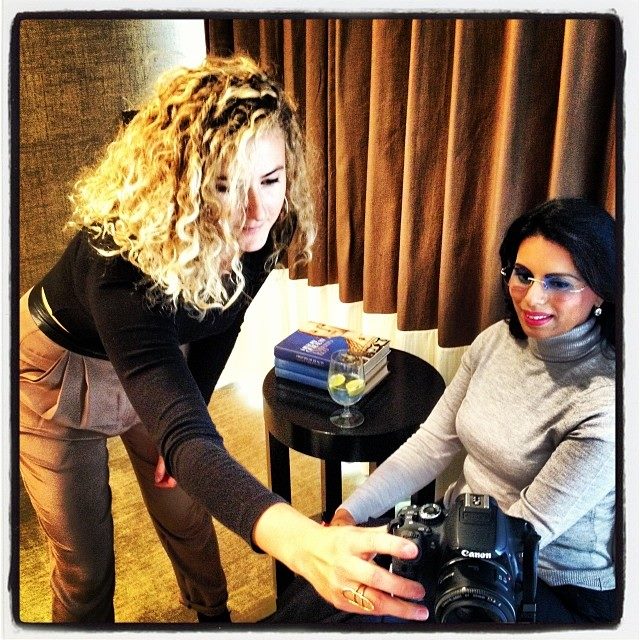 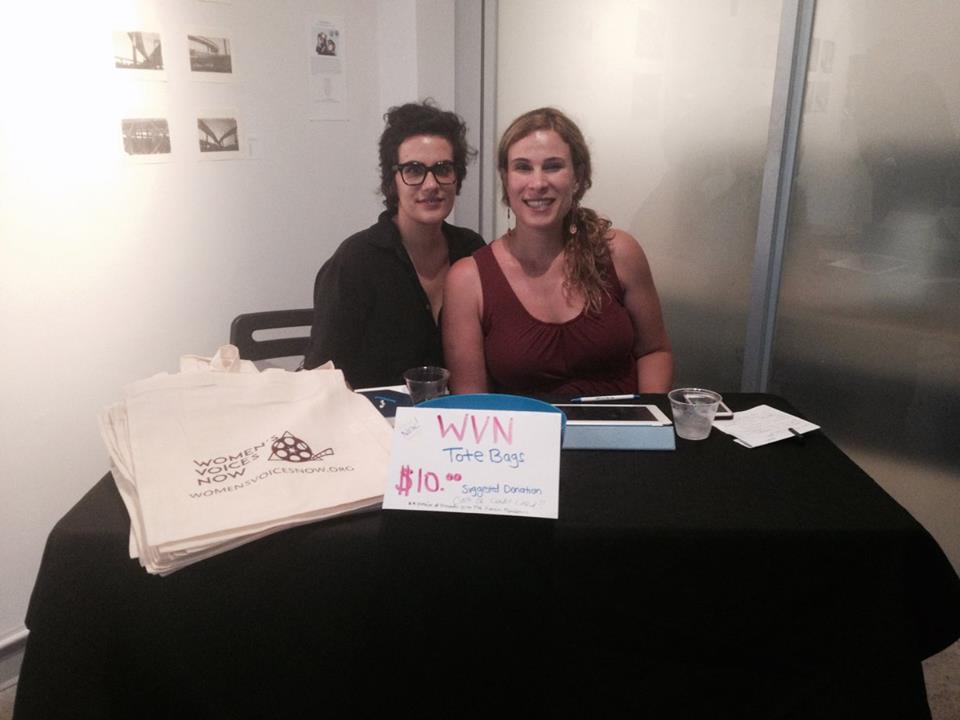