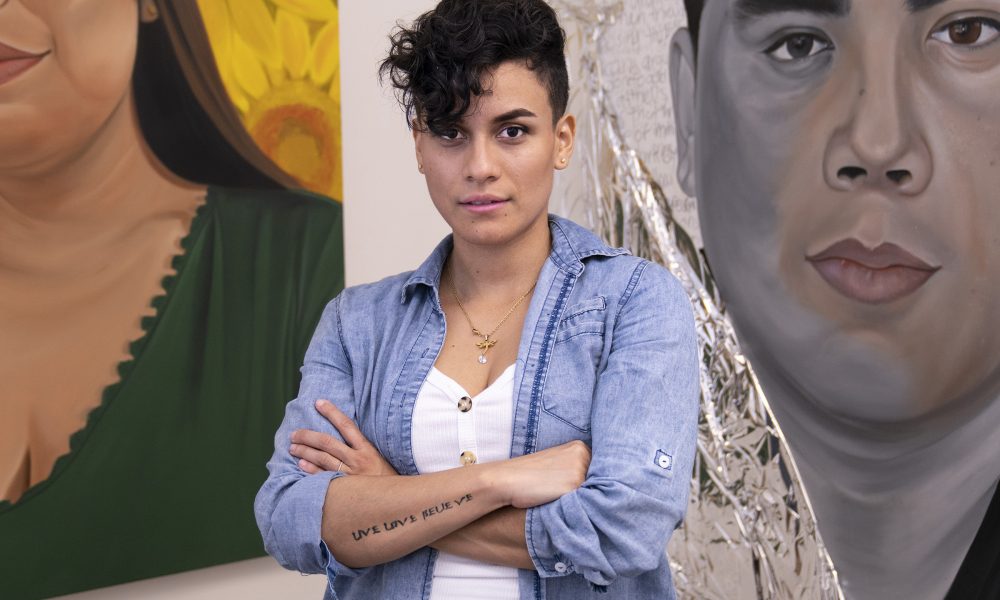 Today we’d like to introduce you to Hedy Torres.

Hedy, can you briefly walk us through your story – how you started and how you got to where you are today.
In 2006, at the age of 18, I moved to the U.S. During the three years as undocumented, I was not able to study, to work, and to drive.

My Godmother paid for my first-semester tuition at Porterville College. After finishing the semester, I decided to drop school and go back to Mexico. But my aunt convinced me to stay in the U.S.

In 2007, I started working under the table as a clerk in a medical clinic. It was hard to assimilate a new culture and language. And I struggled a lot to incorporate into the new society. In 2008, everything was getting better, and I decided to get a general education degree from an Adult School.

In 2009, I obtained my green card and enrolled back to Porterville College to study Nursing school. I struggled in all classes because I could not understand the professors due to the language barrier. After the first semester studying Science Classes, I decided to change my major to Art.

I spent four and a half years working two jobs to save money and transfer to a four-year college. In 2013, I was graduating from Porterville College and transferring to California State University, Northridge. It was hard to transition from living in a suburb to a big city like Los Angeles. During the first six months in Los Angeles, I was not able to find a job and all my savings were getting smaller and smaller. I was struggling to balance, school, work, rent, and life.

In 2015, I became a U.S. American Citizen and had three jobs to be able to save money, pay for school, rent, and buy art supplies. I decided to invest in a business as a street food vendor. In the middle of 2015, I was selling fruit in various locations in LA city. The business got hard, and I decided to sell my fruit cart losing money.

For the first time, I did not have money in my bank account, and all my savings were gone. I remember being in my room crying, praying, and asking God to shine my days. I had zero dollars in my bank account and my only option was to work back as an Uber driver. I used my credit card to get gas and drive back.

In 2016, I started Grad school. I focused my research on commemorating undocumented immigrants with Art.

In 2017, I won the Matador Credit Union scholarship for writing a project “Invisible Hands” to commemorate all DACA students in CSUN. I was exposed to local newspapers to mention “Sundial” and “La Opinion.”

In 2018, I graduated with honors with a Master’s Degree in Art.

I have exhibited my artwork in various venues including Buena Park and Los Angeles City Hall, TIOH Arts & Cultures, TAG Gallery, Brand Library and among others. Currently, I am working full-time in a non-profit organization and producing Art in my studio located in East LA.

We’re always bombarded by how great it is to pursue your passion, etc – but we’ve spoken with enough people to know that it’s not always easy. Overall, would you say things have been easy for you?
As an immigrant, I am always hustling. It is not easy being far from home missing family, but I have faith that all hard work will have a great outcome.

We’d love to hear more about your work and what you are currently focused on. What else should we know?
My work is about the representation of people who lack visibility. Invisible Hands: Eleven Million strives to honor immigrants, elevating their existence and contribution to the Los Angeles community.

The portraits are depicted in a monochromatic grayscale, putting the subjects in limbo. In my work, gray serves as an unemotional, neutral color that depicts isolation. Undocumented people are often isolated, threatened, and segregated due to their immigration status. The lack of color is used to break the barriers that society faces concerning racial issues. Not giving color to my portraits makes it easy to avoid labeling, stereotyping, or categorizing them into a specific ethnicity.

In the last four months, I have been working on art pieces that highlight the homelessness issue in Los Angeles county. The landscape pieces depict the problem from my point of view to bring awareness about the homeless population to our society.

Has luck played a meaningful role in your life and business?
I don’t believe in good or bad luck. But I know that dedication, passion, and hard work are important factors to achieve any goal. 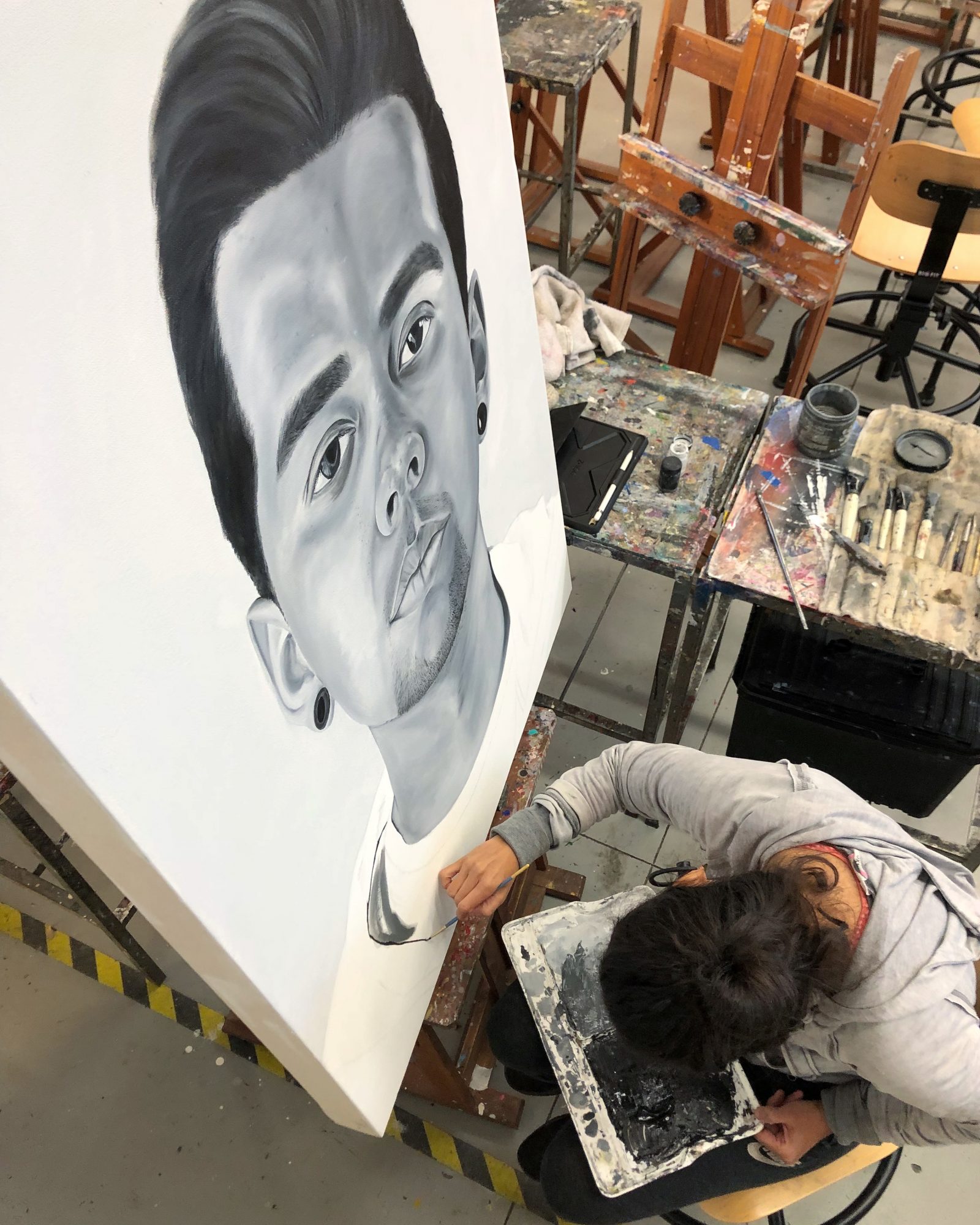 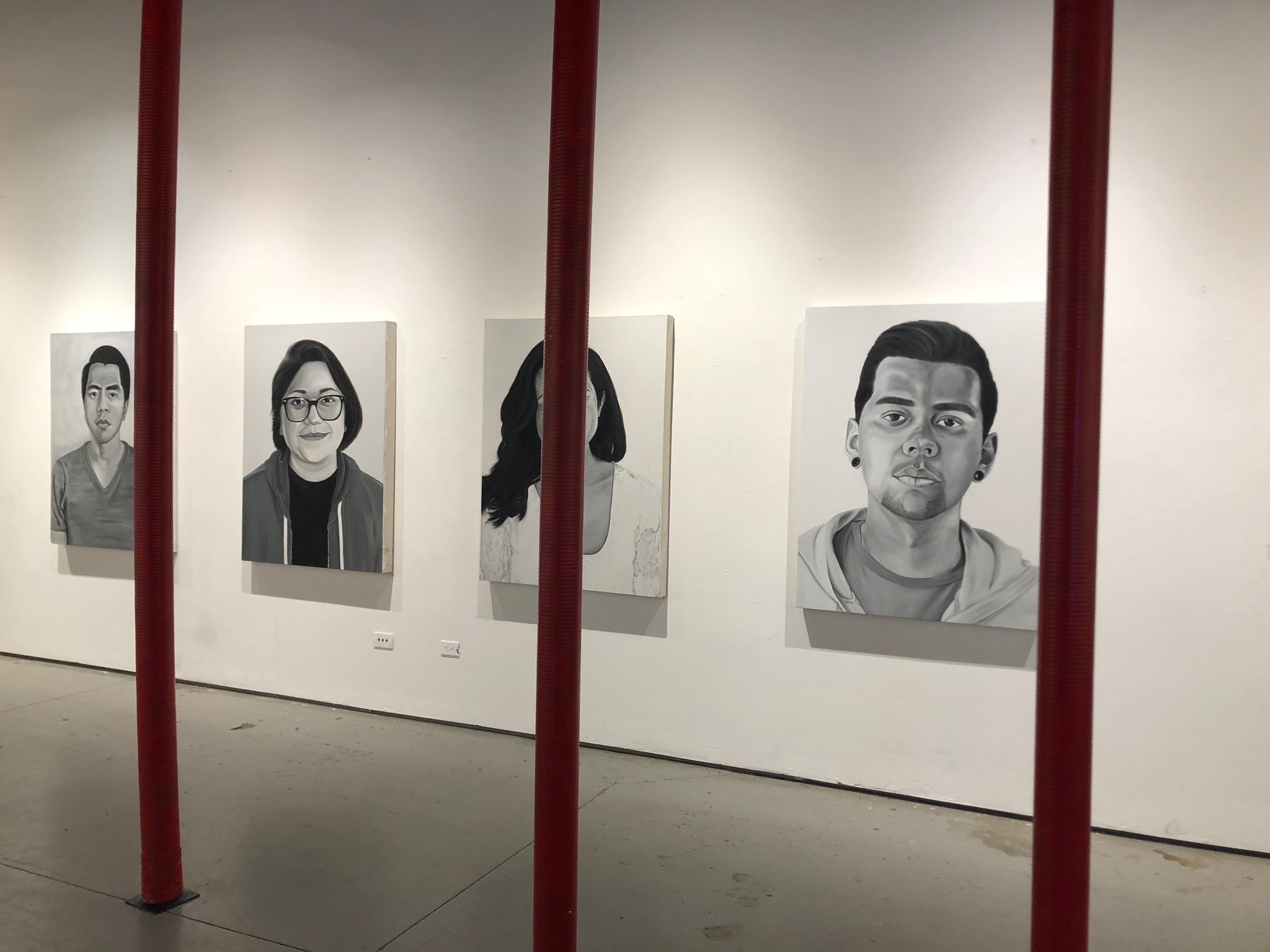 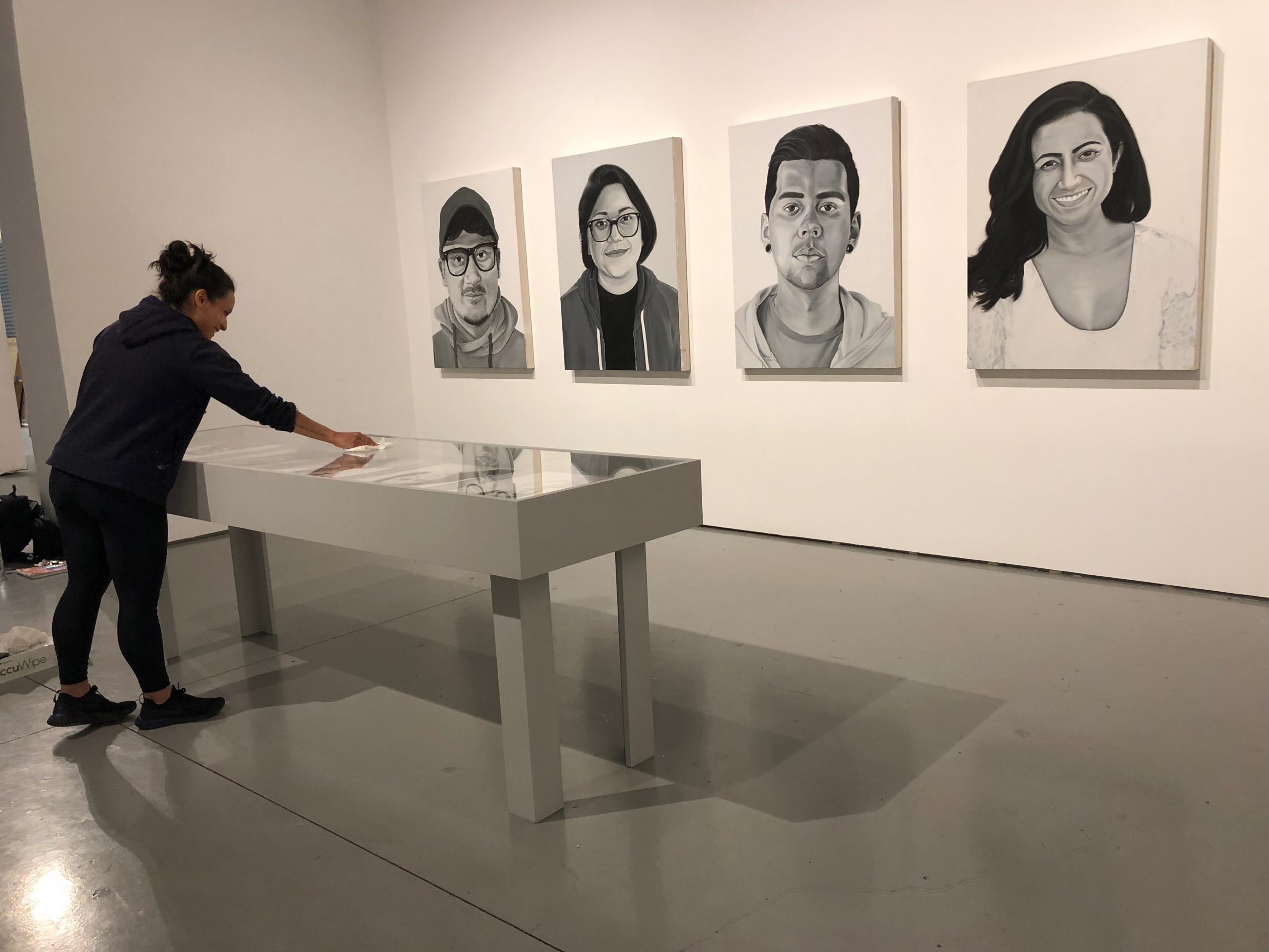 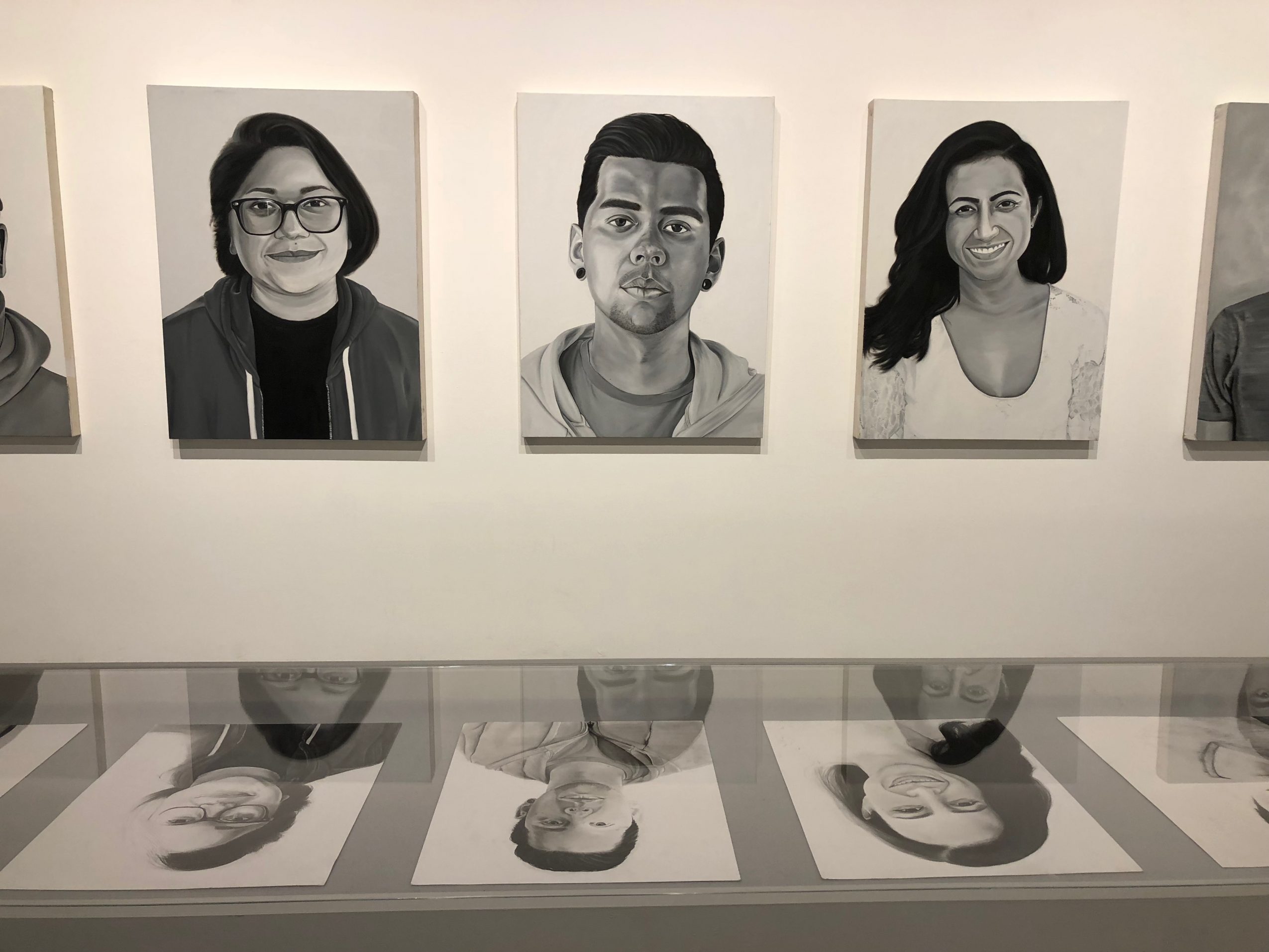 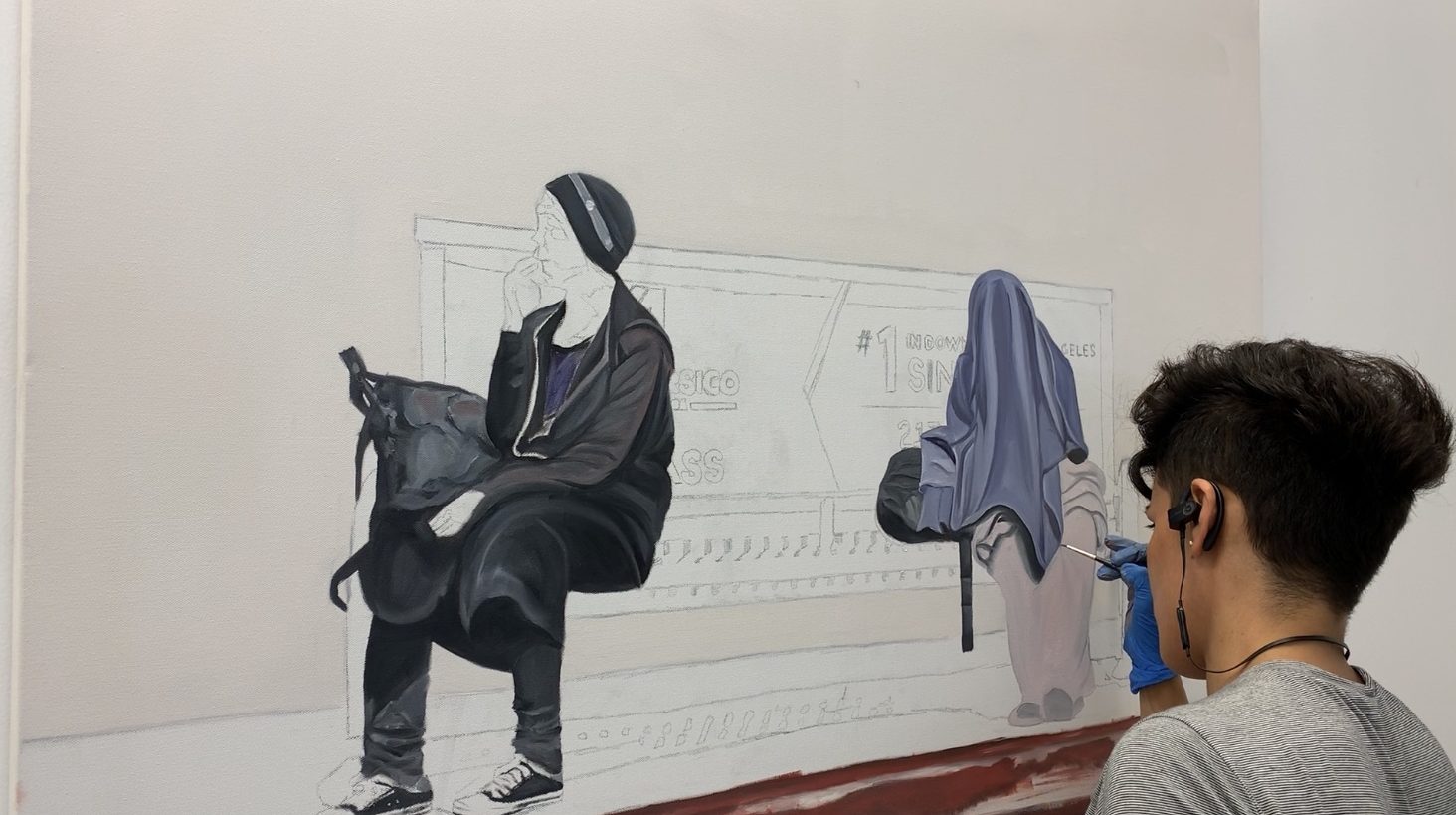 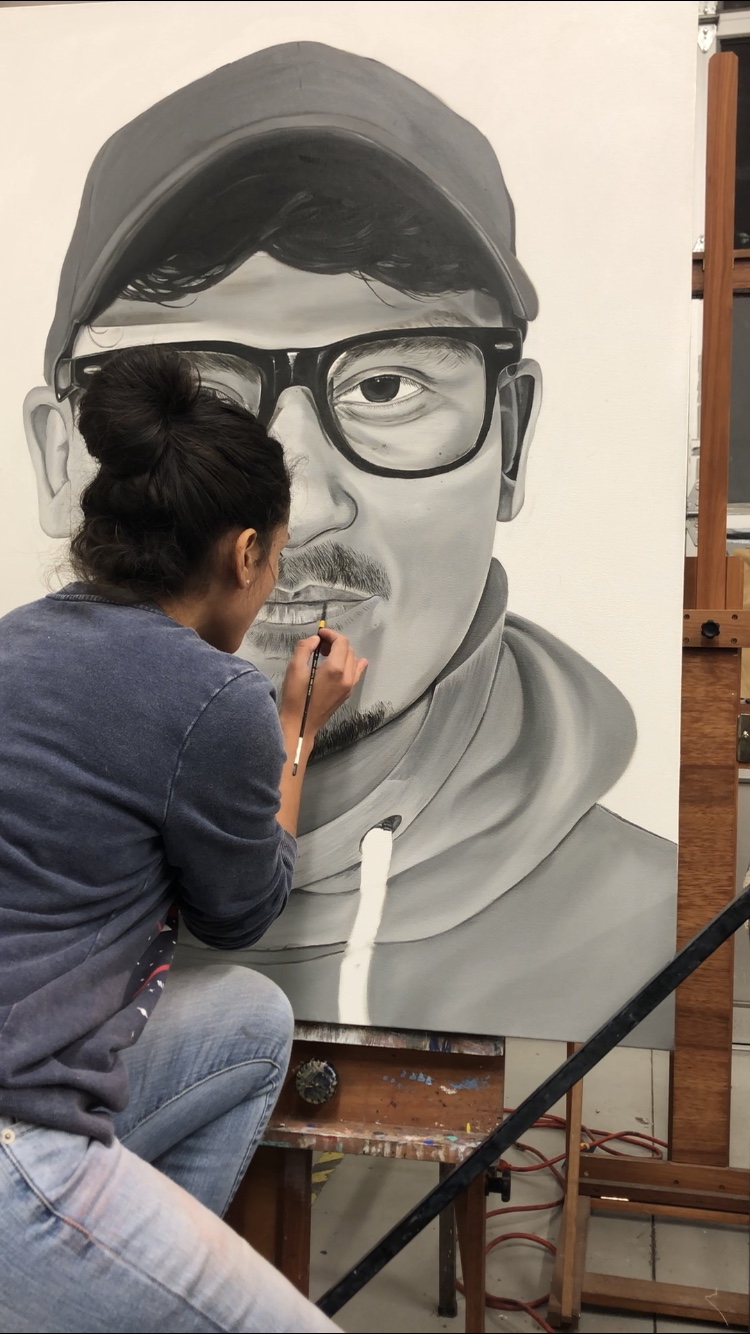 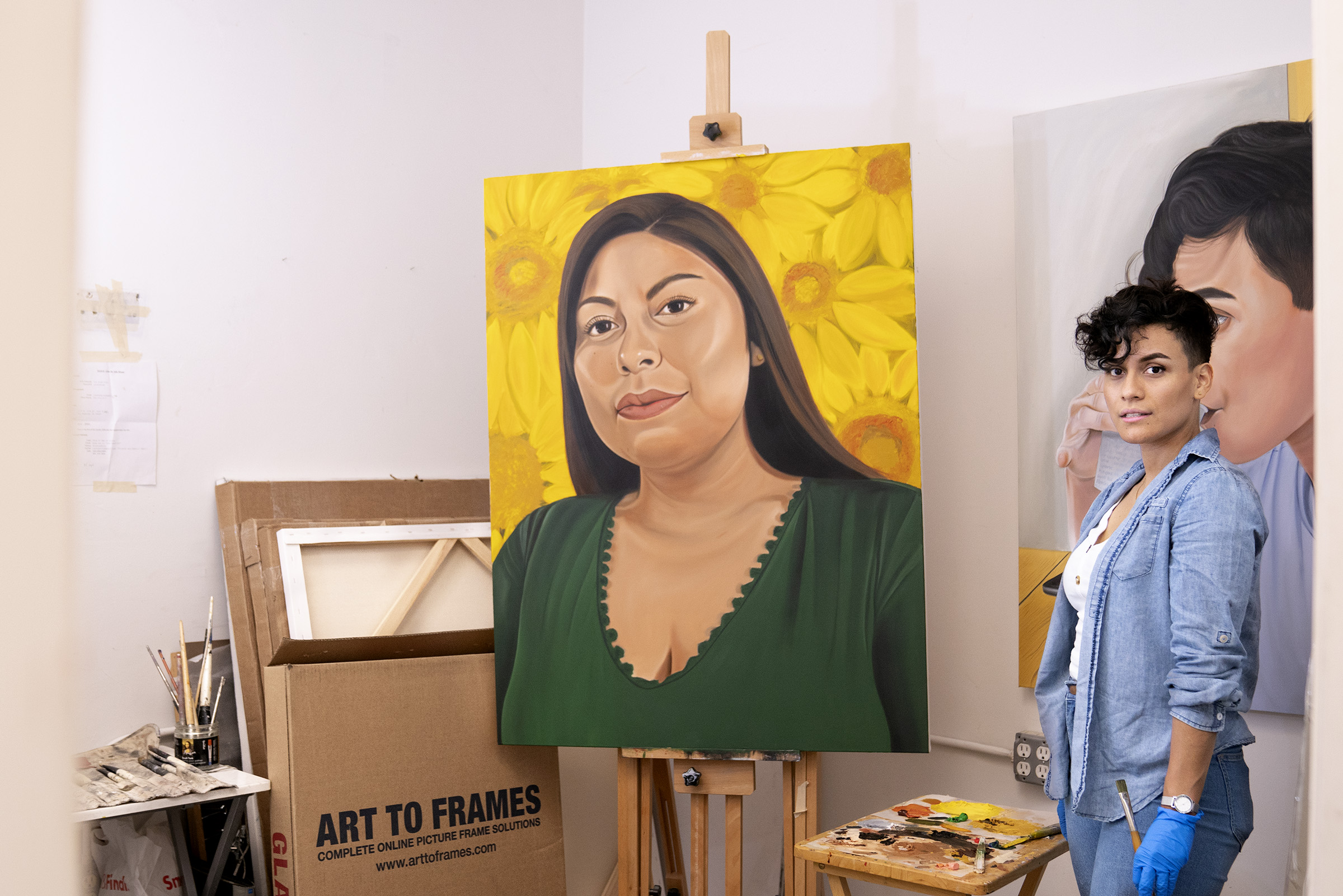 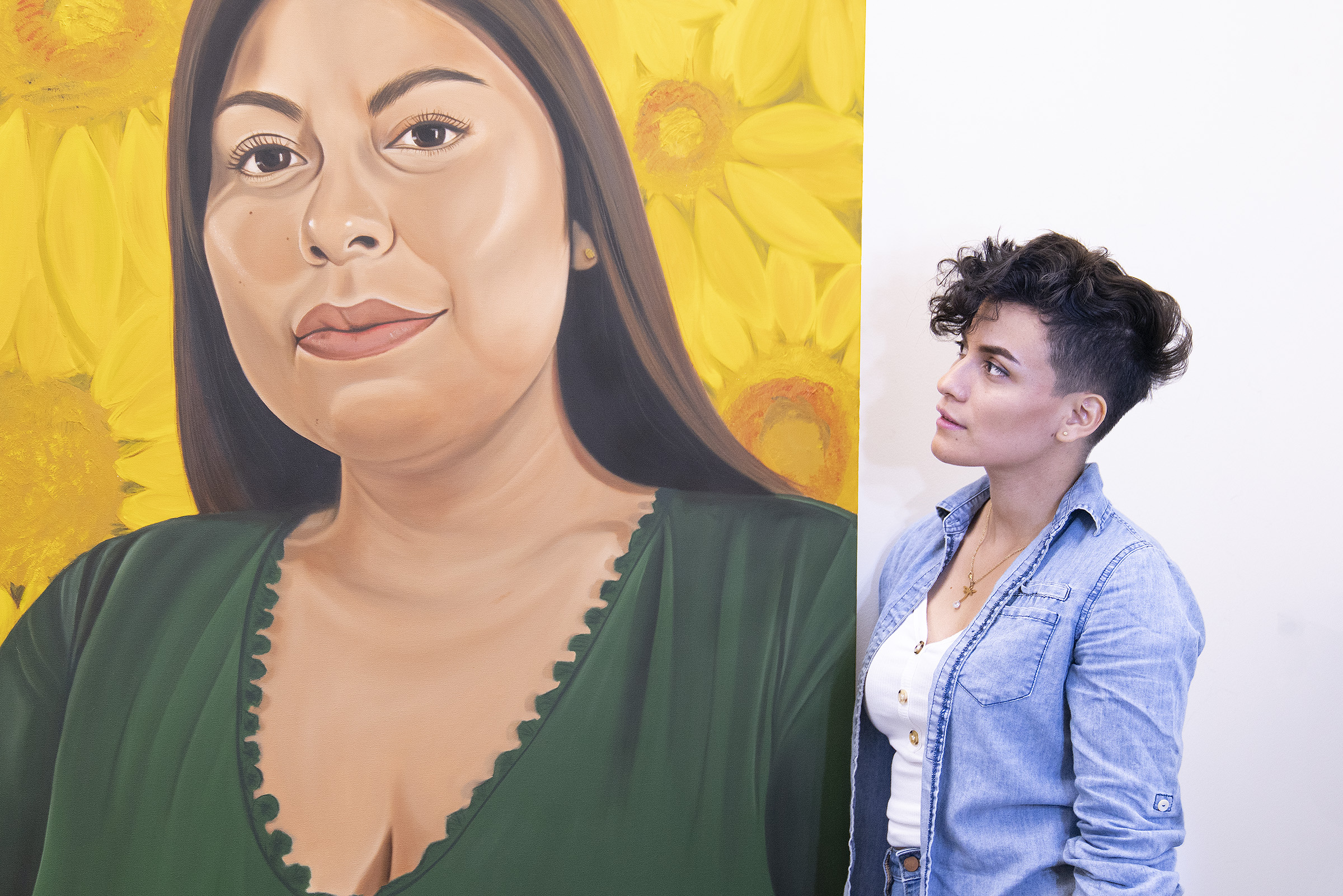 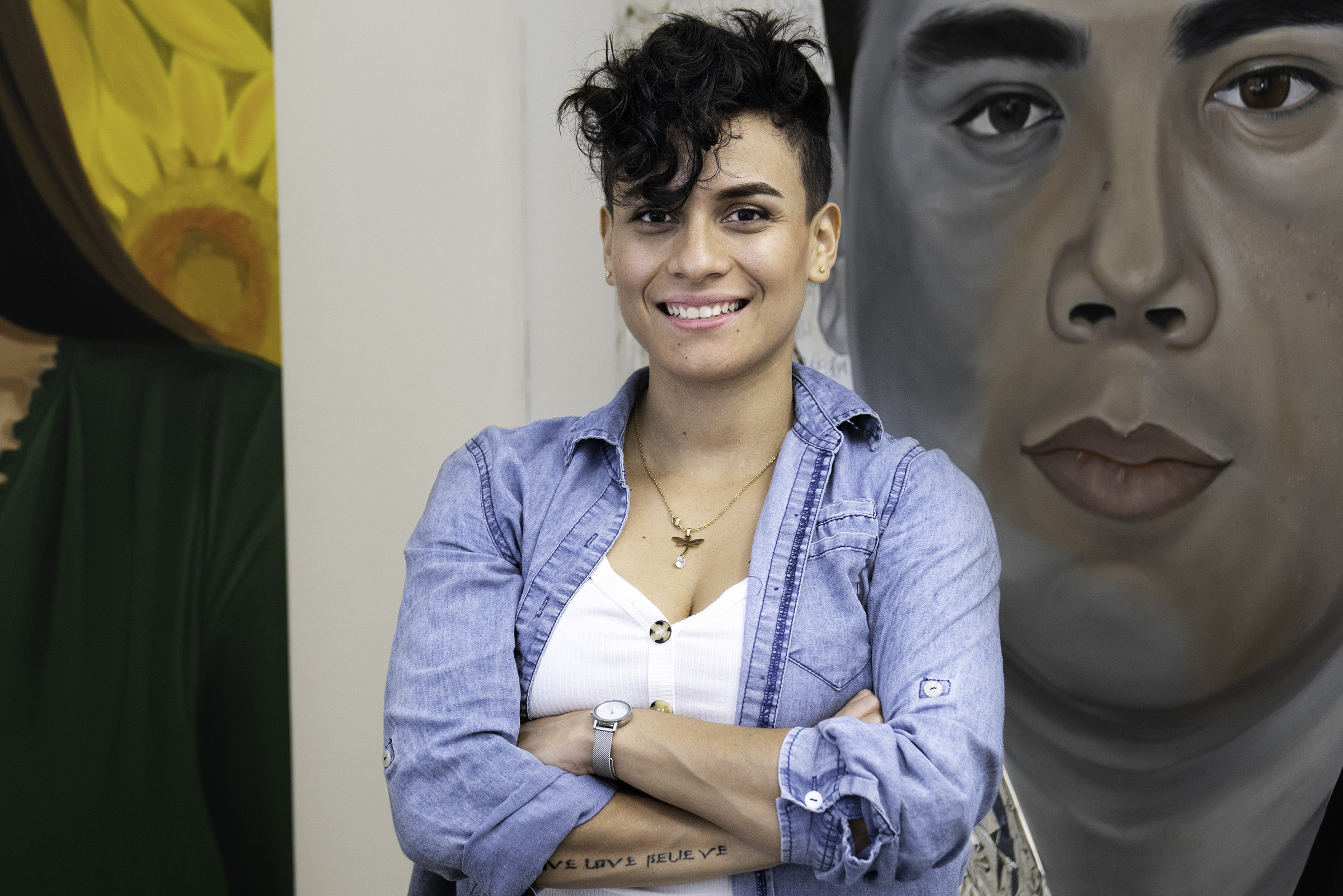 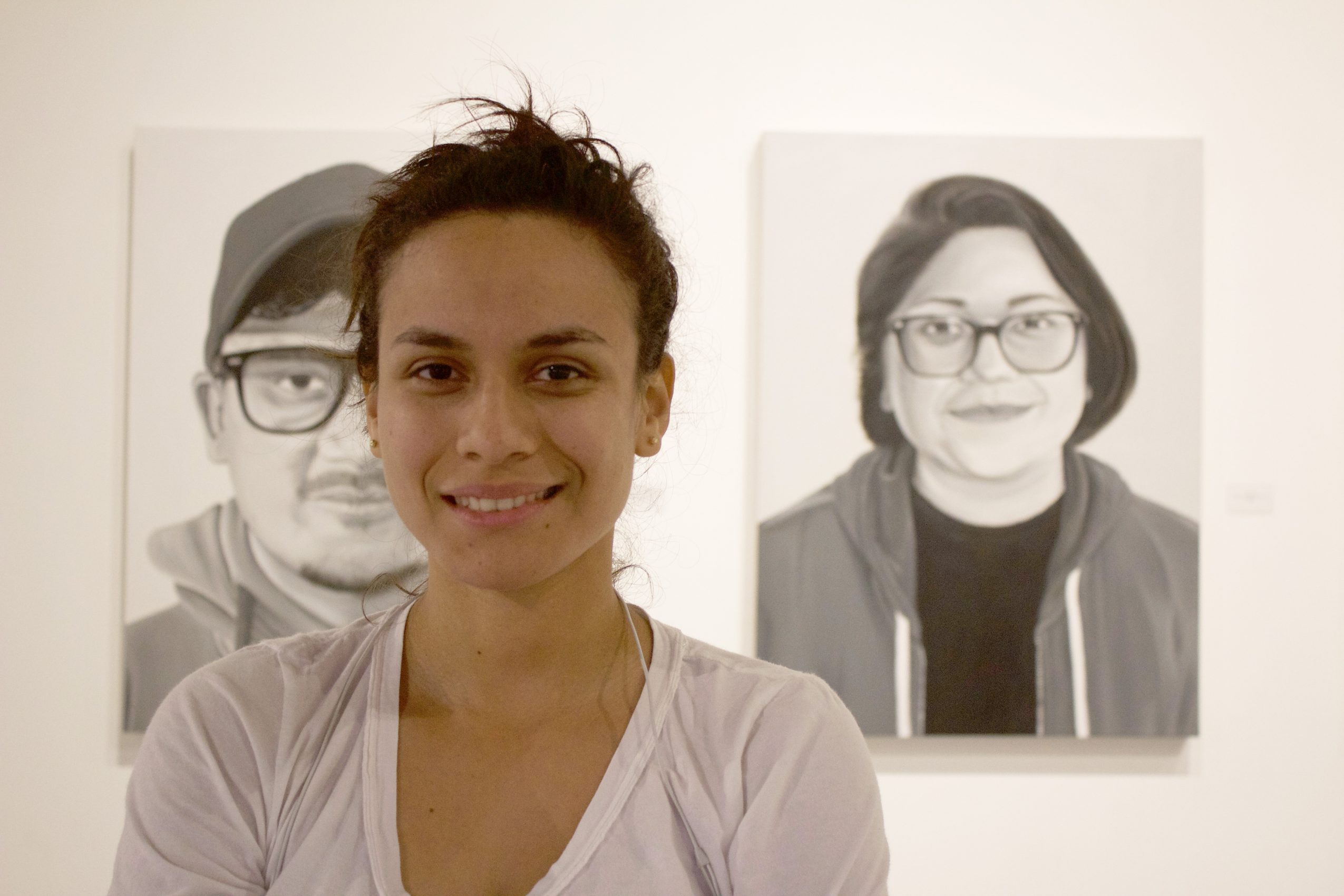