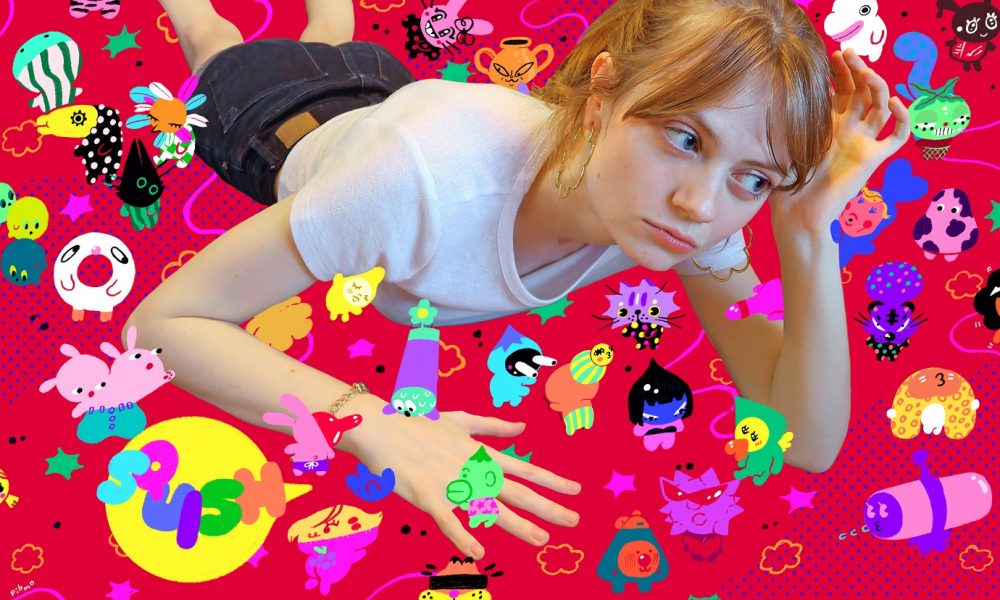 Today we’d like to introduce you to Guinevere Reilly.

So, before we jump into specific questions, why don’t you give us some details about you and your story.
I only got seriously into the idea of being an artist when I was in high school when it was time to start applying to colleges and I realized I wasn’t really interested in or good at anything else. Whether or not that’s a good reason to get into something, it’s turned out well for me so far.

When I try to think back further than that, I can go back as far as being two years old and going to Burger King three days a week to collect all the Pokémon prizes. I was pretty obsessed with the tv show, trading cards, toys, basically everything except the games which I didn’t start playing until years later. I guess I imprinted on drawing cute animals after watching hours and hours of Pikachu, just as one would decide to become an astronaut after seeing the 1969 moon landing on the tube. I think that comparison makes sense.

After going through the motions of art school, being surrounded by my peers and constantly pushed to create and create, my passion was solidified into a confidence that I could make a living out of something I was both interested in and good at. I’ve been working freelance mostly since, with most of my clients coming to me specifically for my style. My main aesthetic interests include stars, polka dots, lonely nights, cute girls, funny little shapes, weird animals, clutter, big hair accessories, and bubble letters. I’ve cultivated a specific look through my career, I think it’s appealing…it’s appealing to me anyway and that’s all I care about.

I moved to Pasadena recently to find full-time design work in Los Angeles, which I was gaining traction on right before quarantine shut all that down for the time being (oops!), so for now I’m riding along with freelance and personal projects while seeking that new direction. I want to work in as many fields of art as I can; editorial, animation, video games, books, posters, apparel; so wherever I end up, as long as I can draw cute girls and bubble letters, I’ll be satisfied.

We’re always bombarded by how great it is to pursue your passion, etc – but we’ve spoken with enough people to know that it’s not always easy. Overall, would you say things have been easy for you?
As I said before, quarantine has halted some of my job progress which is just plain bad luck, but I’ve had other bad luck before. A children’s instructional book company was going to be my first full-time company art gig and right after they approved me for hiring, the entire company unceremoniously shut down. Bad luck!!

Aside from random events of time and space, I do struggle with average things like motivation, how to get where I want to go, what to do next, what to focus on, etc. I tend to take on too much work at a time and I’m trying to break that habit to target my focus more.

The competitive nature of the industry and nature of networking can be frustrating to deal with as well, but I do like making pals so I can’t complain too much about the latter. I think the key probably is to focus on what you desire and go at your own pace rather than compare the pace of your trajectory with others, but it’s hard not too at times.

I think every year, I get a little better at managing everything but there will probably be bumps along the way until I either retire or croak.

So, as you know, we’re impressed with PIBMO – tell our readers more, for example what you’re most proud of and what sets you apart from others.
My company is just me for the moment, probably/maybe forever? I use the monicker PIBMO for my art officially as a little cute memorable nickname but that’s as far as I go with branding. It’s weird I called it a company when I could have just called it a business? I am company.

I am an illustrator with a focus on character design and visual development. I’ve mentioned previously what my style pertains too, but people usually come to me when they’re interested in intricate illustration work or for drawing cutesy characters. Mainly I’ve worked in promotional art, video game development, mascot design, brand development, and apparel design thus far. I wouldn’t say I’m targeted by any specific industry at the moment, which is nice since I like variety.

I don’t know how I stand out compared to other illustrators. There’s plenty of people with very individualistic styles and plenty with styles that conform well to industry standards, I’m just one of many drawing pictures. I do think my work strikes a chord in some based on the color and mood I can evoke with my linework and designs based on some interaction I’ve had with friends and hmmmm fans? That’s the most I could say about it though (I am shrugging as I write this just as a side note).

So, what’s next? Any big plans?
I just want to keep working and do a LOT. I have a million plans and ideas and areas of interest, and while I’m pretty flexible on the timeline, I do hope I can accomplish as many things as possible in my career. I think some of the biggest would be getting to work on an animated production, illustrating a published children’s book, working with certain brands I deeply respect, and getting to design a toy (at least one toy but hopefully more). I would also like to have more time to make ceramics again professionally, even start a little studio with friends if I could. I just like it all, I want to do it all! I like it so much. 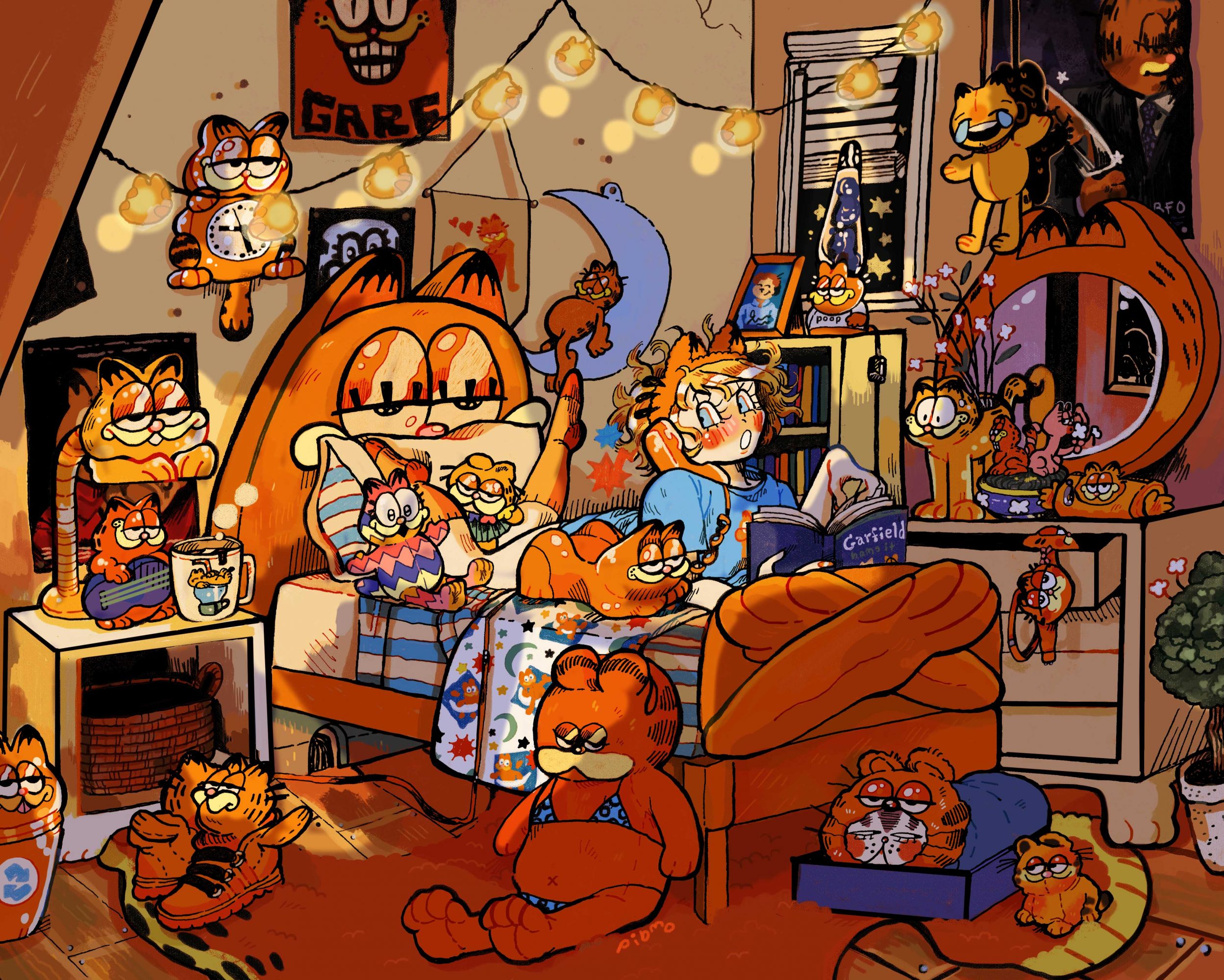 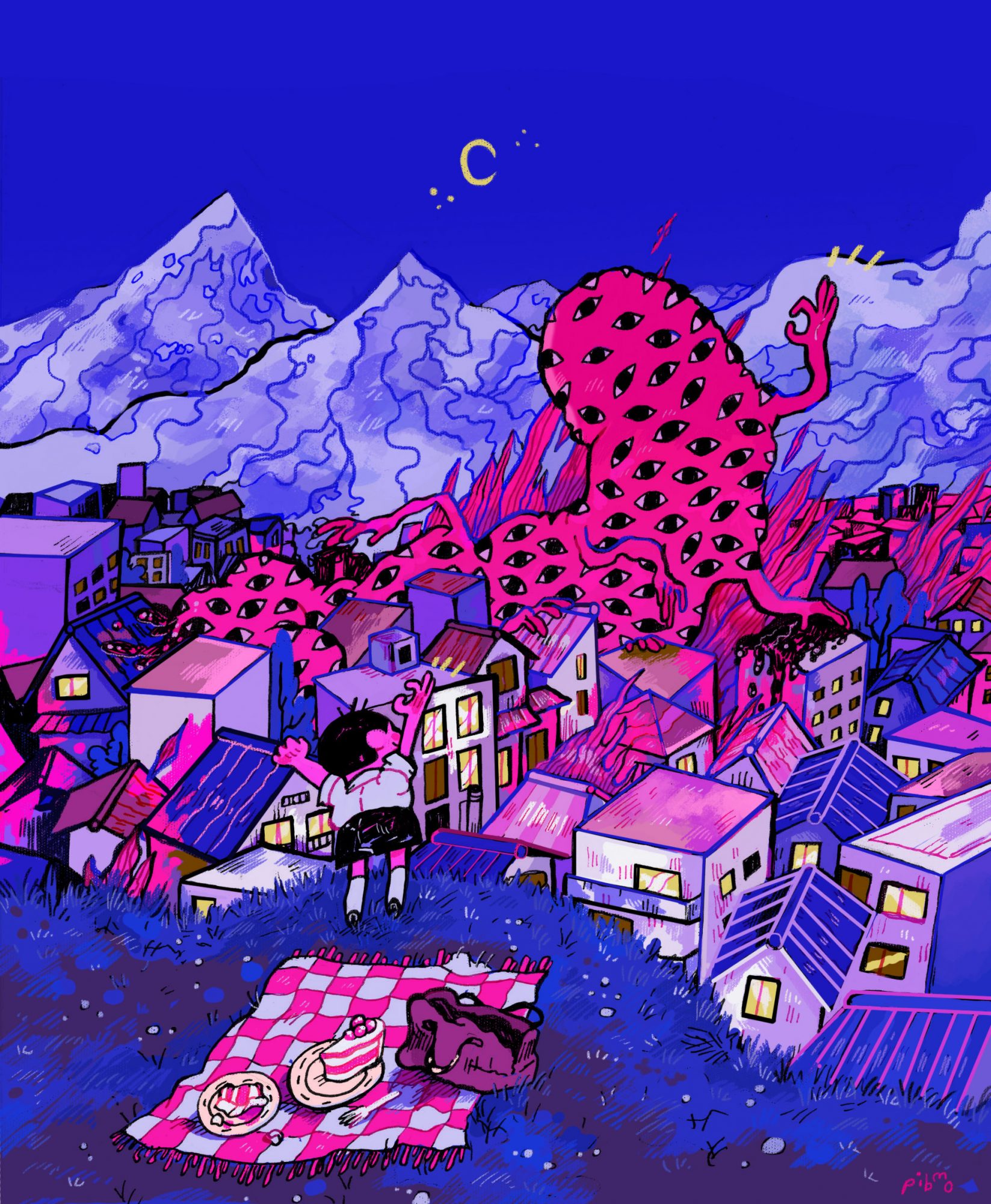 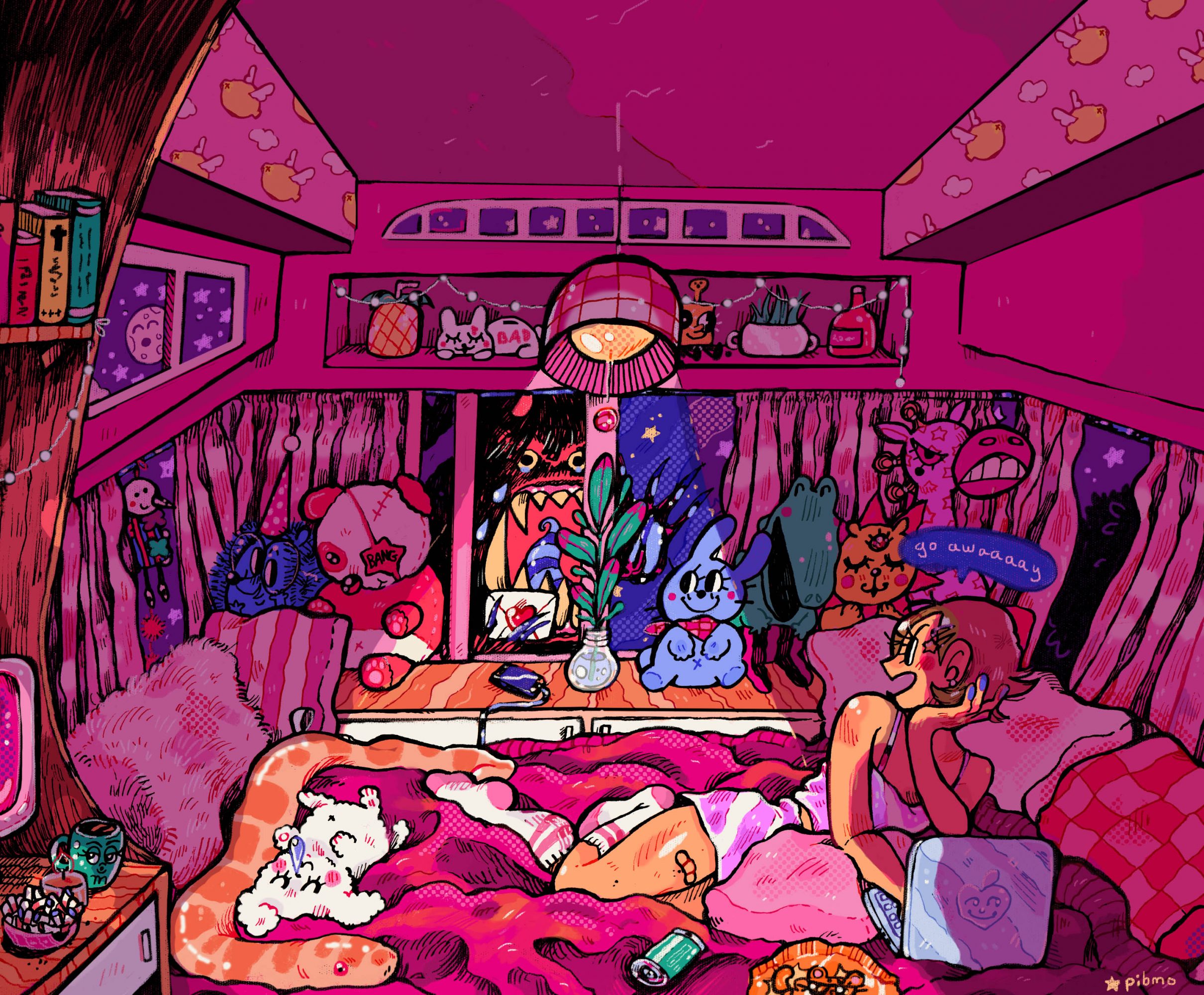 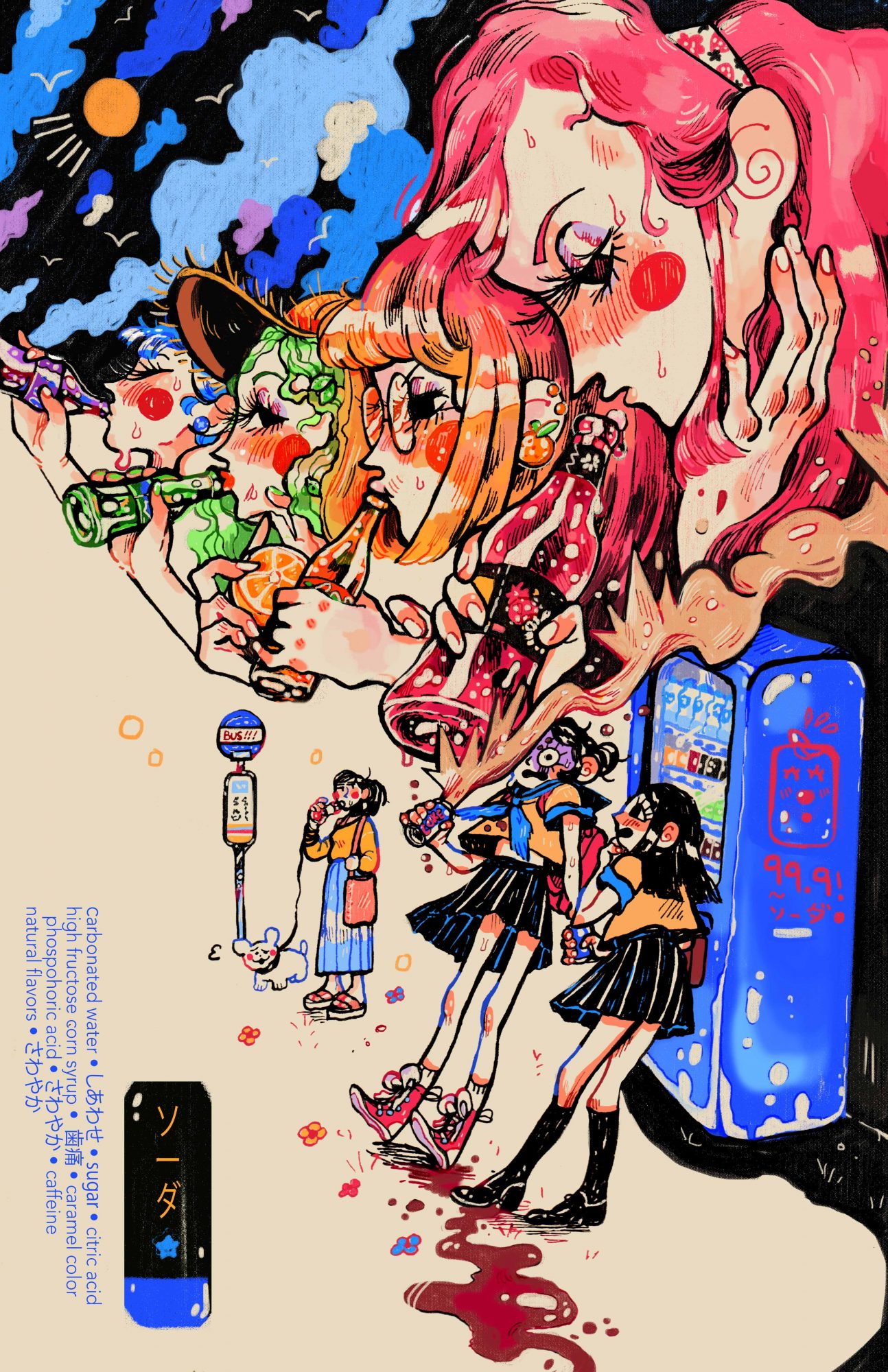 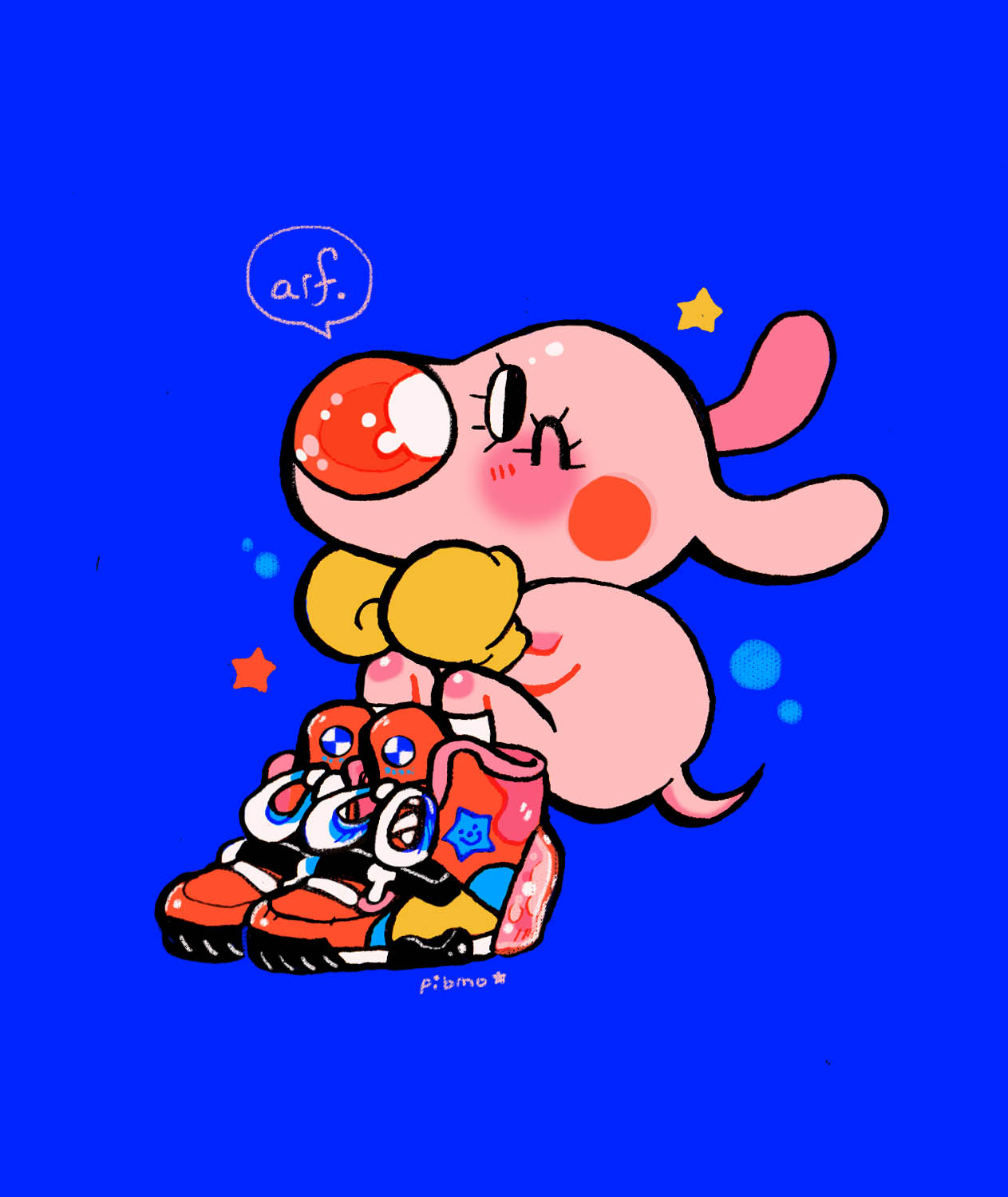