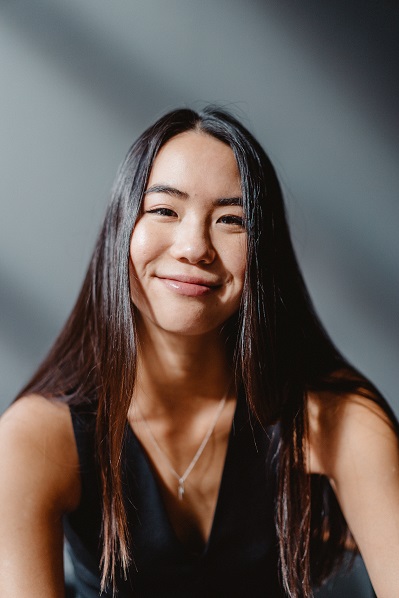 Today we’d like to introduce you to Eva Chan.

Hi Eva, please kick things off for us with an introduction to yourself and your story.
I’m a Canadian raised by immigrant parents and my entire life, I’ve witnessed my father building businesses. Most of them were ideas that didn’t quite take off. But some did. He put every penny he had into buying condo’s when we were in no place to play with real estate investments. But because of that risk, he was able to continually grow his investments over the last 20 years. Through his journey, I was exposed to risk-taking and playing for the long-term. The fear of failure is probably not so scary for me because of this.

I was feeling very stagnant and lost during my path to becoming a designer in college. I realized that if I was to become an amazing designer for people, I’ll still just be a machine. The execution isn’t hard, it just didn’t feed my soul and I wanted a larger challenge. So when a founder asked me to join his beauty subscription start-up to help build the brand, I jumped on this adventure without a single hesitation. I was net negative every month just from commuting to work everyday. But the learning and the amount of fun I had, I didn’t care. Everyday I treated my role like it was my own company. I spent a lot of time writing down words I didn’t understand in team meetings. What did margins mean? What in the world does EBITDA mean? How do you even pronounce that? After the meeting, I would google every single word until later, I would start asking questions about the numbers and even challenge ideas.

The company was great. We had so much press and the members receiving our beauty boxes were super vocal so you really feel and see how your work is shaping the experiences. However, it wasn’t profitable. We were in so much debt that we had to sell and build something that will help dig ourselves out. Most of the money that supported us came from the founders family so this mission to get out of debt become very emotional. We got asked to sign papers that said whatever percentage of equity you have in the company is the percentage of debt you are accountable for. Yea shits cray.

So here’s what happened. We sold the company whatever was remaining of it to our competitor. We sat down and began to brainstorm. What do we do well? What are our weaknesses? After many crazy ideas… I landed on one. We were really good at working with large CPG companies. We built those relationship already with the beauty box company. We are also really good at building partnerships. We suck at logistics. It’s also very expensive to hold inventory and ship it. Sampling is our forte. We know why brands sample and why it’s important. So the four of us set on to start Exact Media. This company was a rocket ship to begin. In just a couple of months, not only did we pay off the entire debt, but we also made more. We started as four people and quickly grew to 3 cities and 50 employees. We were partnering with brands like P&G, L’Oreal, Unilever and took millions of their samples and placed them into eCommerce parcels. If P&G wanted to target an affluent mommy, we have a partnership with GILT to do precisely that and get data back on her experience with the sample. There were so many contracts, conversations and deals being made it, the tracking of it was all done on a janky excel sheet. One time, we had to ship a truckload of TidePods from east to West coast. The driver was already on its way and suddenly, the retailer said we never agreed on the campaign yet. We couldn’t afford the driver to go back so we found a way to contact the driver and got him a hotel nearby the warehouse just so we can get signatures in place for the campaign. This was done all while I was taking some time off in NY. I had to walk into a Starbucks for “better” internet. That’s right, this designer suddenly became a logistics manager moving millions of samples from warehouse to warehouse.

In our 2nd year, we raised VC money. The rocket ship is no longer allowed to be scrappy and unorganized. We hired ex-brand managers now from the large CPG companies and even attracted directors to become leaders at the company. We went from a small co-working space to an office space branded with our colors and carefully designed to look like a cool startup. This was all very exciting but I felt like my soul was not being fed again. I felt fake clocking in at a certain time everyday and pressured to leave last. I was bored because the challenges were stupid – The challenges were about people and office politics. To feed my soul, I began grabbing coffee with other founders in my evenings and for an hour we would talk about their challenges. Most of them were super early stage and felt scared or didn’t’ know what to prioritize to launch. Surprisingly, this made me feel excited again. My only compensation was a cup of coffee but I wanted more. I found myself really invested in the founder’s success.

My girlfriend and I would meet every week to catch up and talk about men, money, ideas. We would sometimes sit there for minutes in silence and one of us would almost always ask each other: “So what excites you? What do you want to do Eva?” I realize I just want to help others. I just want to create meaning into this world. I want to make this scary ambiguous stage easier for people who have amazing ideas for the world.

One of our friends at the time had an ideas to start a hangover drink company. He was at Tesla as a PM at the time and had no ideas how to do branding or marketing. My girlfriend and I filled that gap perfectly. So decided that every night from 5pm-1am, we’ll work on this company. In less than six months, we launched the Morning Recover Drink on Indiegogo. In less than an hour, we raised over $150,000. We were trending globally and the founder was able to get two investors on board. Everyone started to wonder who was involved in building this company? Emails were coming in asking us now to help them. I suddenly realize my purpose. Launch Pop was born. I both left our day companies and put everything at risk again.

Coming from Toronto, we realize the eCommerce market is in America. We both loved the sun so we packed our bags and got a bachelor airbnb in Venice for a month. LA is perfect because you have the consumer, the founders and the investors. It’s a city brewing with culture. Once we landed, we got a car rental and drove to our meetings. We never looked back since then. The journey to building Launch Pop was not easy. Early stage founders don’t have money. They just have great ideas and some past start-up experience. So how do you make money?!

In our first year, we took every call and helped anyone. Only a handful of ideas were exciting and meaningful but we had to take on everyone to pay our bills. Every month we would cry because we were juggling so much work but so little money. Every month we cried because we felt like imposters. We had so much press but even more pressure to show “Success” to our parents and friends. We were expected to pay for people because that was how we were with our friends. If we weren’t “successful” we would create worry with our parents.

What did we do to survive: Worked our asses off during the day and went to networking events to spread the word about Launch Pop (and get free food). Sometimes we were so bad, we rented out my room on airbnb. Nights we had guests, we slept together in the other room. We had founder call one time and our landlord was knocking on our door to ask for rent because were late for a week – again. We got so scared we shut the laptop and pretended no one was home.

This went on for a year until the next year, for some reason, everyone in LA was talking about Launch Pop. We were part of conversations when founders were talking to founders. When investors were talking to founders, we were brought up as well. It meant that we were creating value. True value to both founders and investors. An investor was about to write us a cheque and we decided to turn it down. Instead, we took money from my brother in order to give us a little boost to hire good talent. Since then, we’ve launched a healthy handful of companies that have gave founders their legacy headlines. My co-founder and I buy properties and angel invests in companies. Let’s just say we now make payments on time.

We all face challenges, but looking back would you describe it as a relatively smooth road?
As a Canadian in America, it’s really hard to get a company started, you need a social number to start a company entity, you need a bank to get paid, you need credit score to have a credit card. How did we get a lease without credit? How did we pay our rent without a bank? These are things you can’t get easily when you don’t have any of the requirements. So it feels like you’re starting life from scratch and also trying to build a company. At times, I had to do some things in the grey area to get past these obstacles. I’m not proud of it but this is what we are forced to do in order to survive.

Thanks – so what else should our readers know about Launch Pop?
Launch Pop is a venture studio working with ambitious founders to build eCommerce brands and dominate their category. Notable companies built from our research, design and growth include:

NEW BRANDS WHO HAVE RAISED ANGEL OR SEED:
If you’re launching a new brand, starting a new line, don’t wait until you’ve invested $$ into your product. Work with us to understand who in the digital world is interested in your offering. We’ll build you a beta group so you can get data on what format, ingredients, matter to them and at the same time, begin building a trust and education. This way, at launch you have people waiting to get their hands on your product and you have a brand that is backed by research and data.

AWESOME BRAND WHO HAVE RAISED SERIES A:
But your website is a mess, don’t put more marketing dollars into it until you’ve tighten up your brand story and optimize your website. 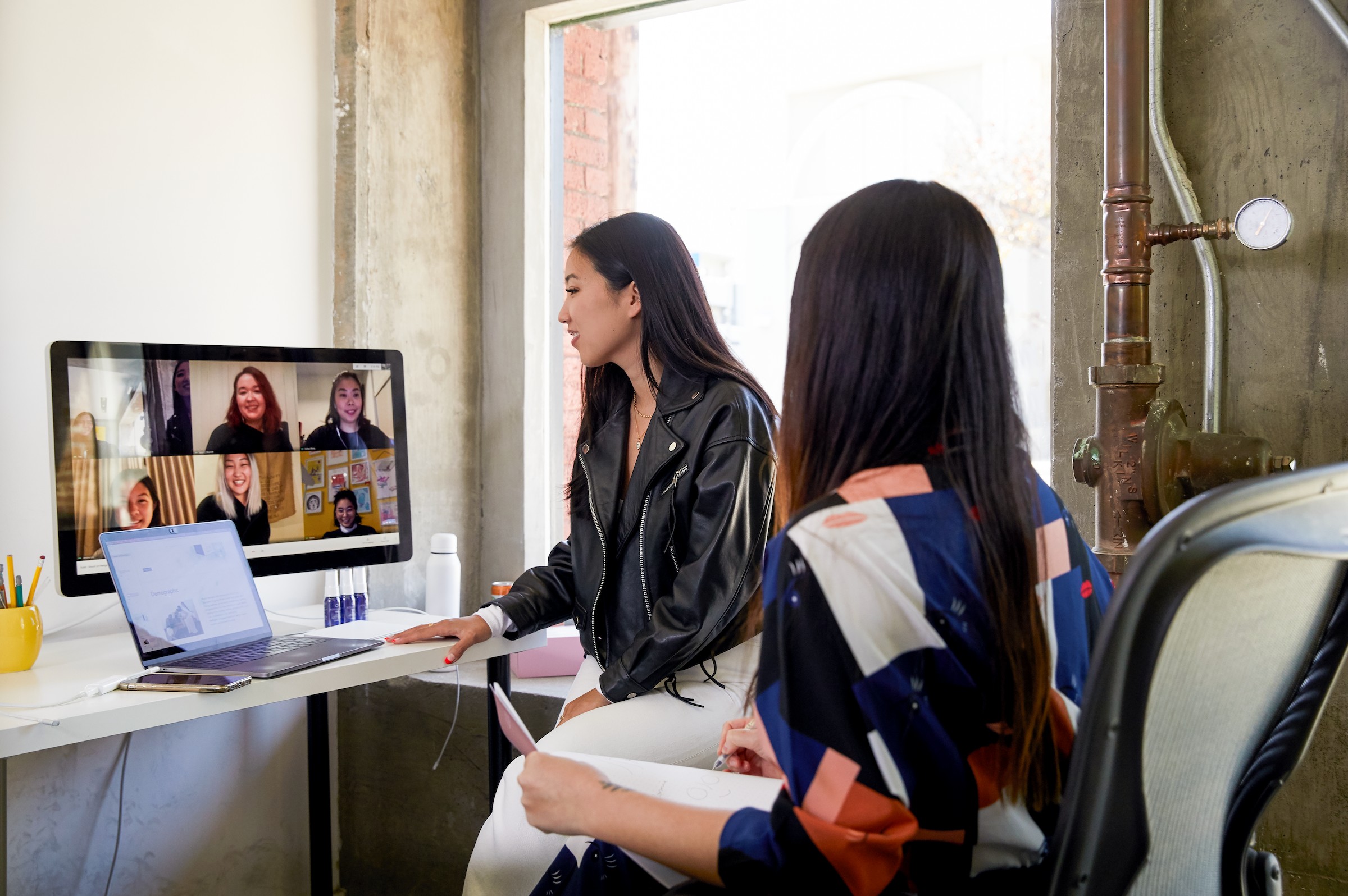 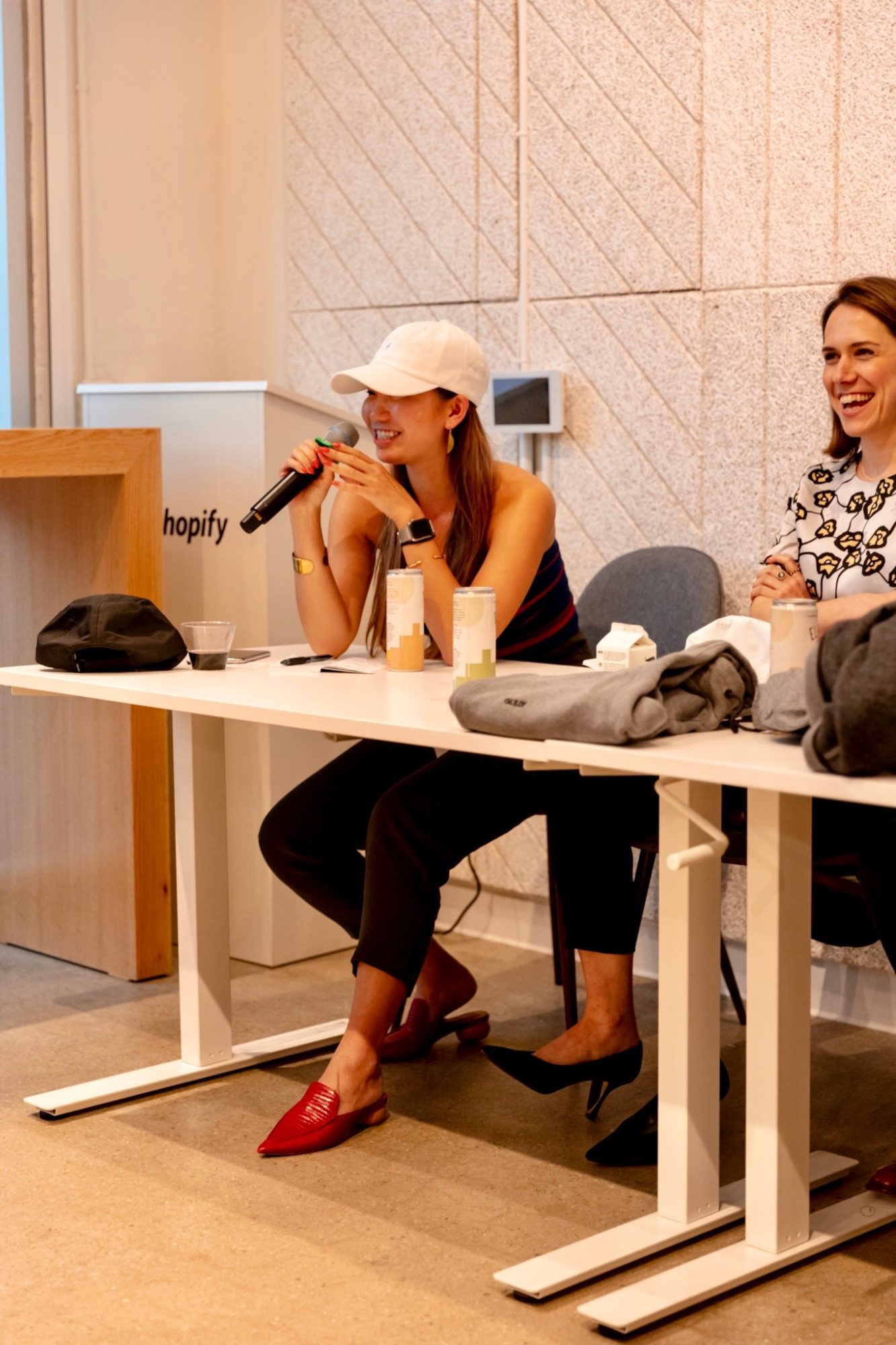 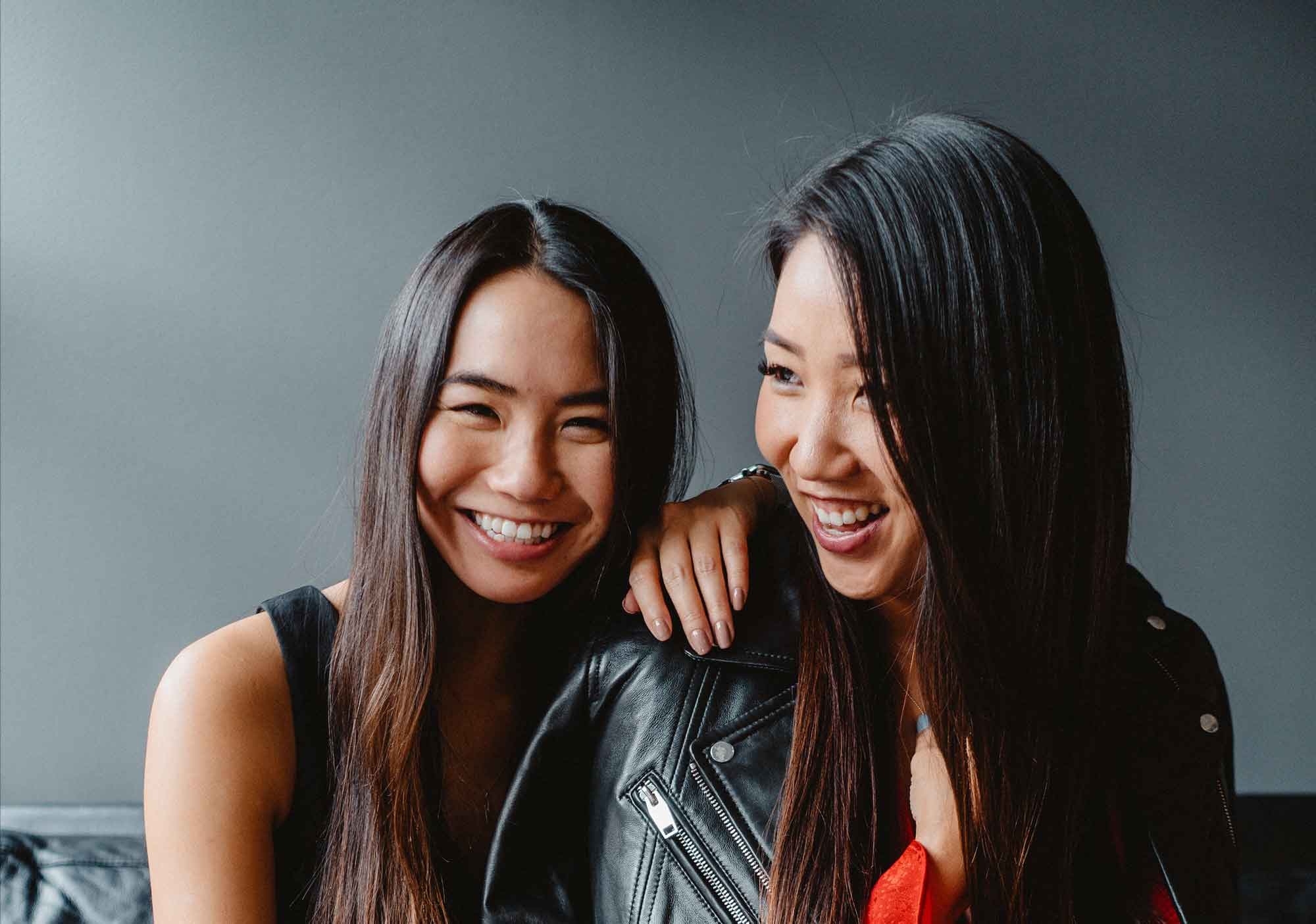 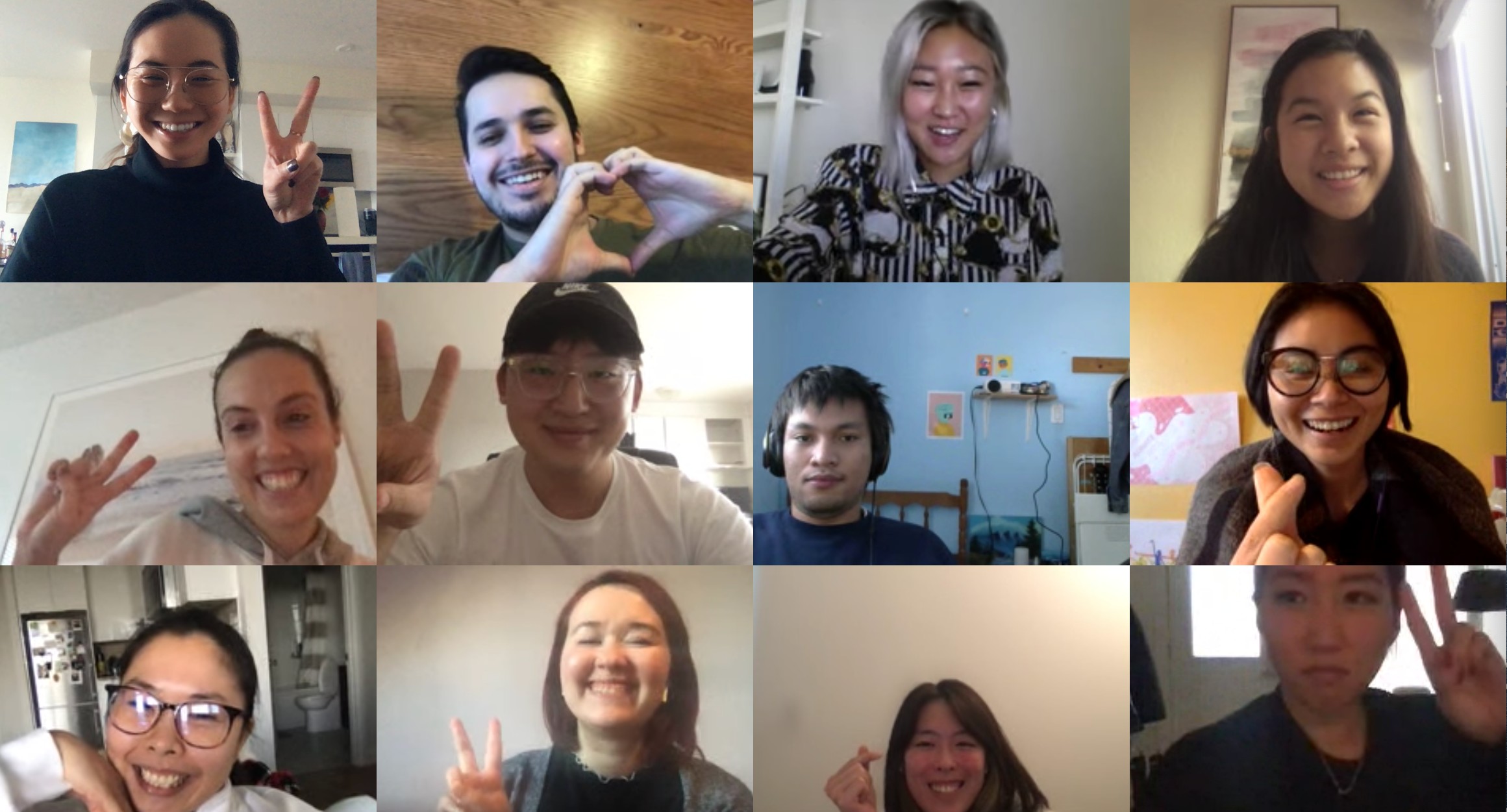