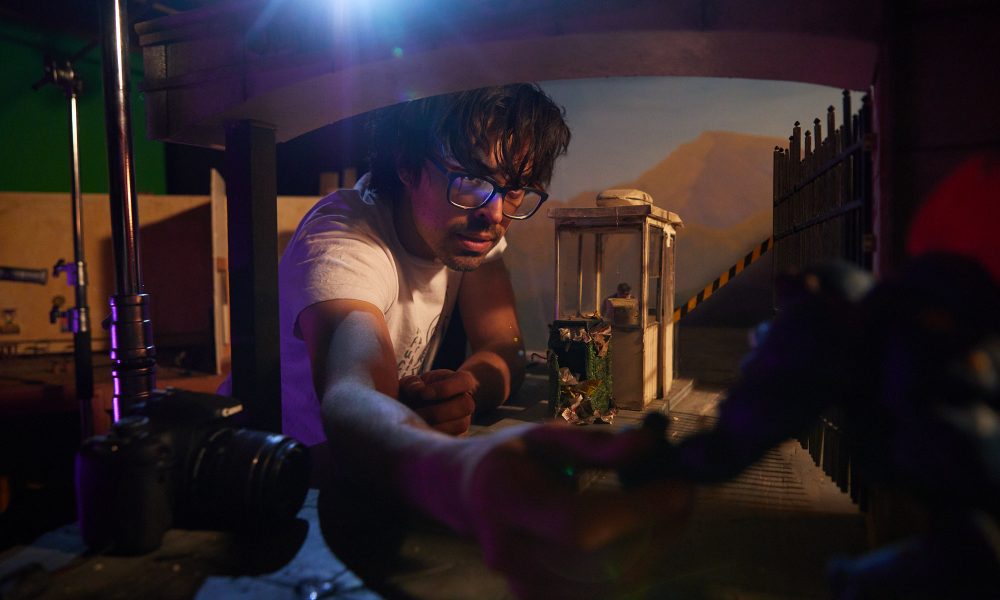 Today we’d like to introduce you to Eric Oxford.

Eric, let’s start with your story. We’d love to hear how you got started and how the journey has been so far.
I’m from Palo Alto, “The heart of the Silicon Valley.” I’m in that older tail of millennials that grew up in an analog world filled with the viewable tangibility of tape, gears, buttons, etc…; and saw it transition into the compressive, hidden digital signal that we are immersed in today, all by the time I was a young teen. The bay was a place filled with eccentric dreamers trying to open up creativity and freedom to change the world, but then it became a guilt ridden place, filled with cultural displacement. Being a child whose parents were not in the tech or academic sector, but rather solid working class, as well as being a child of mixed immigrant families – I’ve always felt in between cultures and groups, always observing from the outside and trying to find my place inside. I was never really centered in any circle, but always found a bridging tangent across to different tribes.

As a child, I built many things: tree houses, pushcarts, ziplines, rafts. I also drew a lot of comic characters in elementary school during the 90’s comic resurgence. But in the mid 90’s as the dot-com era was beginning, me and many of my friends got more and more into computers and I left most of physical world behind. I learned to build desktop computers and how to get my hands on any digital property. I thought it was cool to learn how these desktop machines worked, but also because as an outsider, I’ve never felt off-the-shelf products suited me and I needed to do it my way. The digital realm had a strong allure, as it was so easy to undo mistakes, perfect, and control. I also felt I understood it better than most, especially back then.

Going into college with a love for film, but a vague notion of what to do with it, and still wanting a digital security blanket; I leaned hard into graphic design and 3D-animation. Eventually, I realized I didn’t really particularly stand out in either field or cared for the realities of those worlds. I also just wanted to reach out and touch the things I was working with. I decided that I wanted to leave my computer desk, be more involved with the world, and actually build things again.

So I delved into stop-motion in a serious way for a couple of years and came to LA trying to find a foothold. After several months of severe hustling and keeping busy, I did. From the first night I arrived in LA, the community and new friends that welcomed me here, also let me know that the heart of American cultural Zeitgeist was here. Stop-motion has really just become a small part of who I am, as it connected me to a whole sub/counter-culture of weirdos with every skill set imaginable.

In these hyper digital times we live in, people are itching for a physical connection. Not just to each other but to the spaces and communities around them. And I think this is what is going to be at the heart of the next revolution: taking ordinary things in ordinary places and creating awesome things into awesome spaces. Every object we own, every space around us, and every person should be supported to make it the most awesome it can be. I mean, isn’t that kind of the point of what humans have been trying to do all this time?

So that’s what I try and do. To create magical spaces that inspire, make people feel connected, and appreciate the moment of the now. To make awesome things with awesome people. To keep learning how things work and apply that to making something awesome. Simply put: make more awesome.

Has it been a smooth road?
It has been nothing but absolutely heartbreaking, difficult, and challenging. I’ve had several childhood friends try to steer me into different career directions, parents upset that I didn’t create the next Facebook, and a long-term partner not sure how to fit into the creative fold. It certainly hasn’t made it easy to date, both because of financial sacrifice, but also because of inconsistent schedules and long hours. It’s caused me to be hungry, eating only one meal a day for periods of time. I’ve spent the majority of my adult life alone, with only friends around that supported me, or at least was intrigued by what I was fumbling around with. I’ve only really made it this far because I’ve always had a handful of supportive friends around me at any given time. I am nothing without the community around me.

One of my greatest struggles was figuring out, “what is actually worth making?” For years I consumed loads of books, movies, and music trying to find the answer to this, only realizing at some point I needed to spend more time doing rather than simply curating good taste to my friends. And through making, I found true meaning and community.

Being a creative person requires the ability to receive critical feedback humbly, but also failing miserably and to keep going. It inherently requires a vulnerability many aren’t willing to give, I think mostly due to the fear of shame of failure, but my outlook is the real failure is in not trying in the first place. Nothing truly worth doing is easy, regardless of what career you choose. I think most people just don’t have the courage to take such risks and make themselves so vulnerable, so they choose (perceived) security instead. I just simply can’t settle for mediocrity, not with so little time in this life.

I shall always struggle making the time for all the things I want to do. Choosing one thing means sacrificing something else.

So, as you know, we’re impressed with Analog Atelier – tell our readers more, for example what you’re most proud of and what sets you apart from others.
I specialize in making stop-motion animation puppets for TV/Film. I tend to mostly work on casting puppet parts and making their skeletal (armature) insides.

When I don’t have a stop-motion project, I help people figure out how to display their art and how to make their own home/business more cool and feel like their own. Basically, a high-end handyman that builds custom shelves and whatnot. But that’s mostly more of a means to an end that allows me to have all the tools I need to build things for myself.

I feel like what I’m starting to be best known for is my loft and hosting creating interactive happenings where people feel inspired. I’ve had art making parties with analog video machines setup for people to manipulate live video feeds, a magician do group magic, fortune tellers, live mural painting, and various hidden games and little secrets to explore, Everyone leaves feeling creatively invigorated, but also inspired in a way that makes solving some of the largest issues of the world seen more possible, rather than feeling so defeated by them. We live in insane times and we need to find healthy ways of working through all of the things that burden us. I think the key to that is a community based on supportive and creative interaction that reminds us that it’s up to us to make the life and the world more amazing.

The thing is at my studio, its often not really about my art, but rather providing a platform for others to shine and be involved. Most of things around my studio are a collaboration, so it wouldn’t be fair to take full credit, I just help create the atmosphere that gets people engaged. I’m only so talented, it’s really other people that complete the full picture. Again, I’m not much without the friends and community around me. If it wasn’t for them, all would be for nought.

Let’s touch on your thoughts about our city – what do you like the most and least?
I love LA’s vast diversity and so many of the minds and resources available. I’ve never met so many smart, magical people in one place before. The food culture is amazing and there is so much art and music happening that it’s almost overwhelming.

I dislike the city planning that has created LA’s traffic and the lack of a well integrated-transit system. The street debris and trash that’s everywhere drives me nuts. Also, perhaps more than anything, the crushed souls of people who couldn’t achieve their dreams and those very much struggling on the street. LA is a very make or break town, perhaps more than any other I’ve seen. 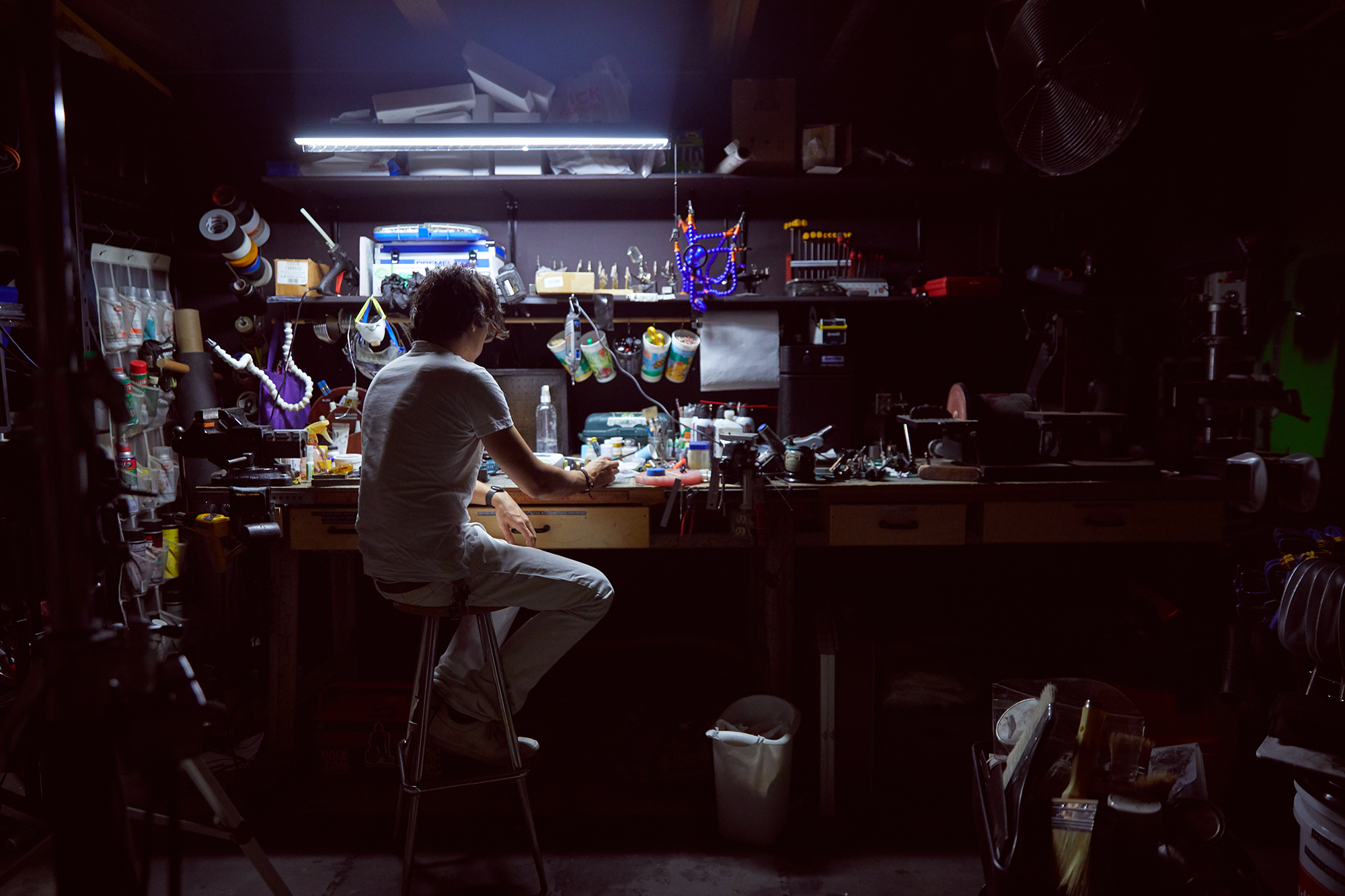 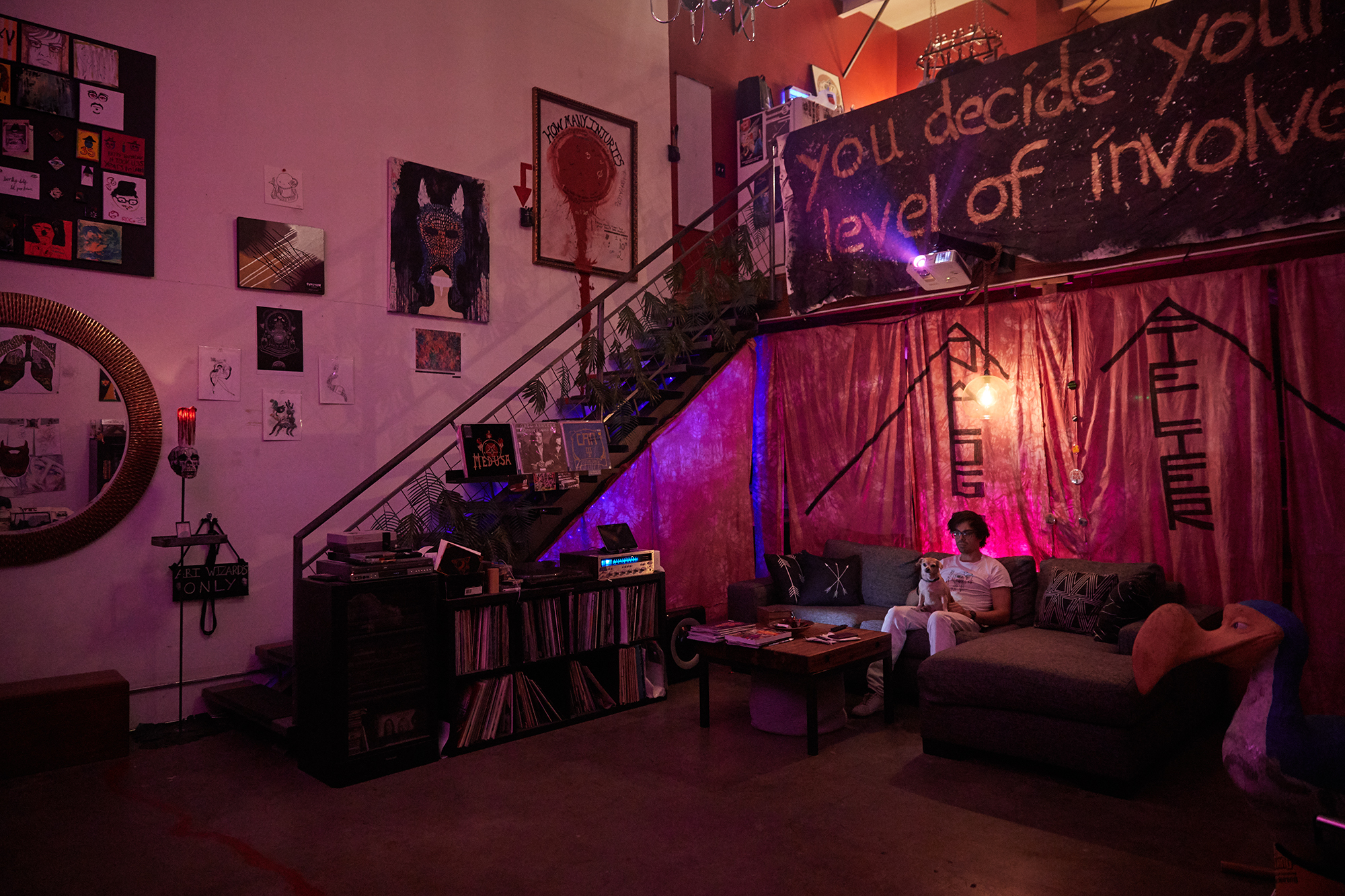 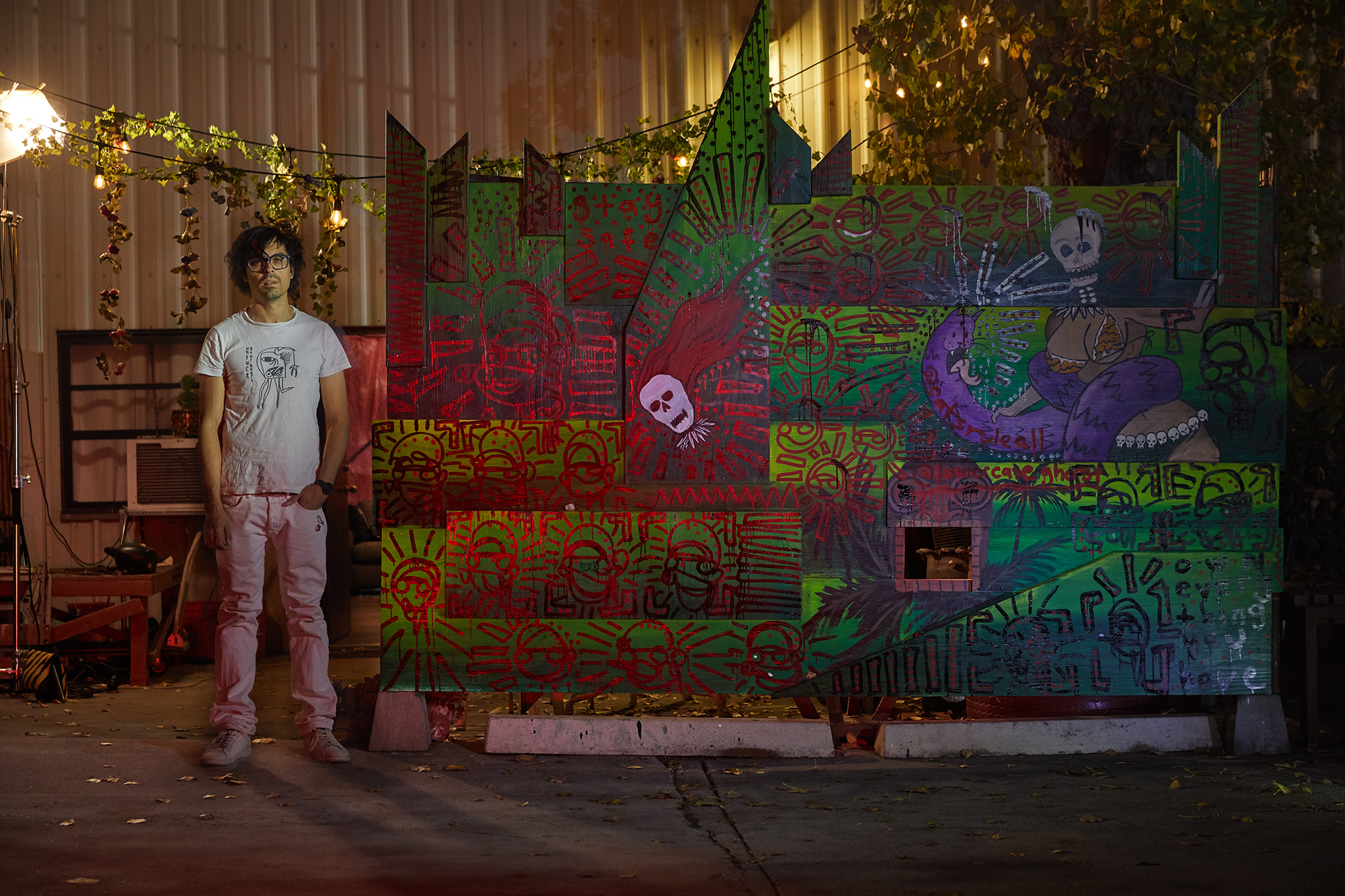 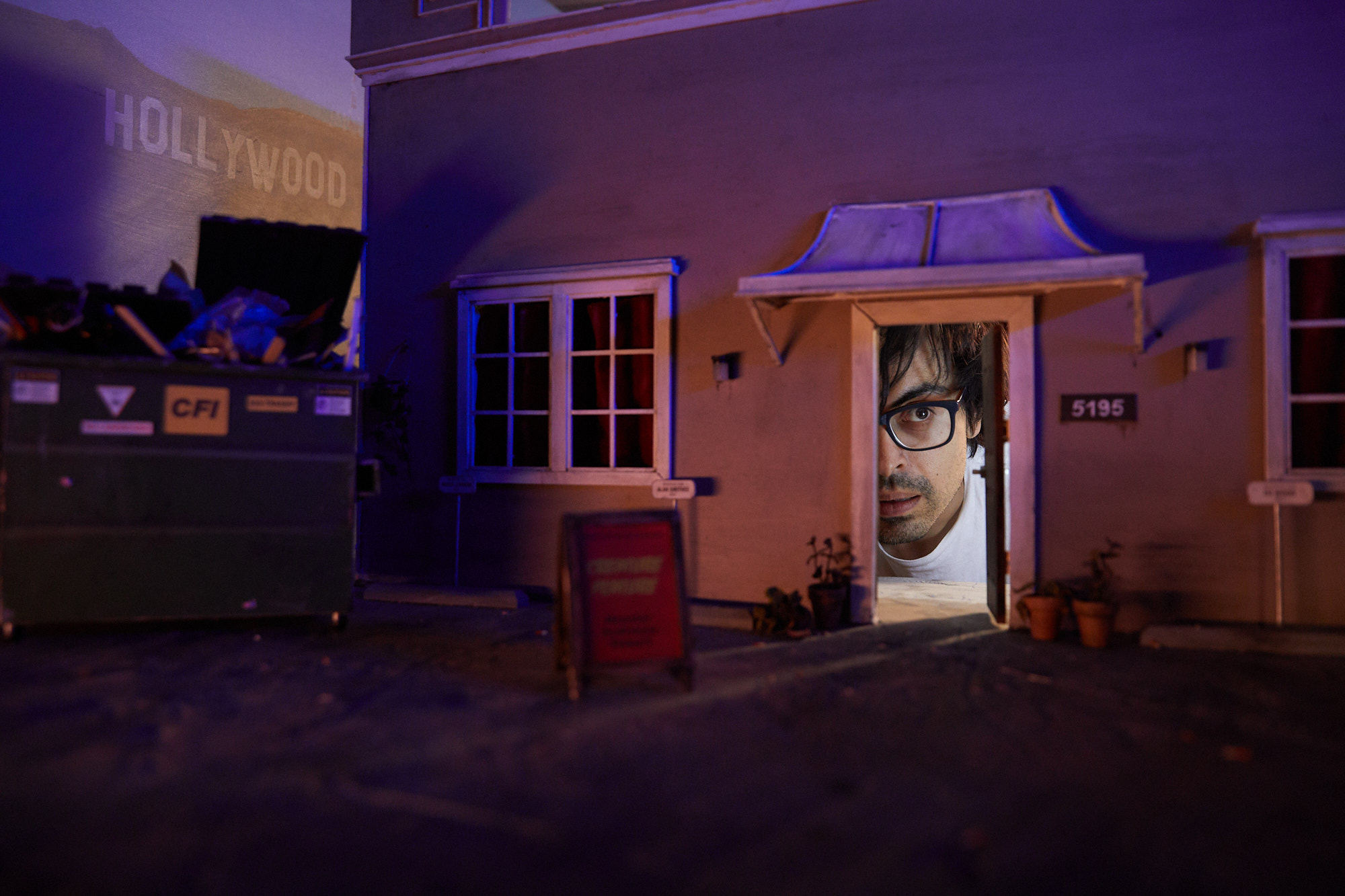 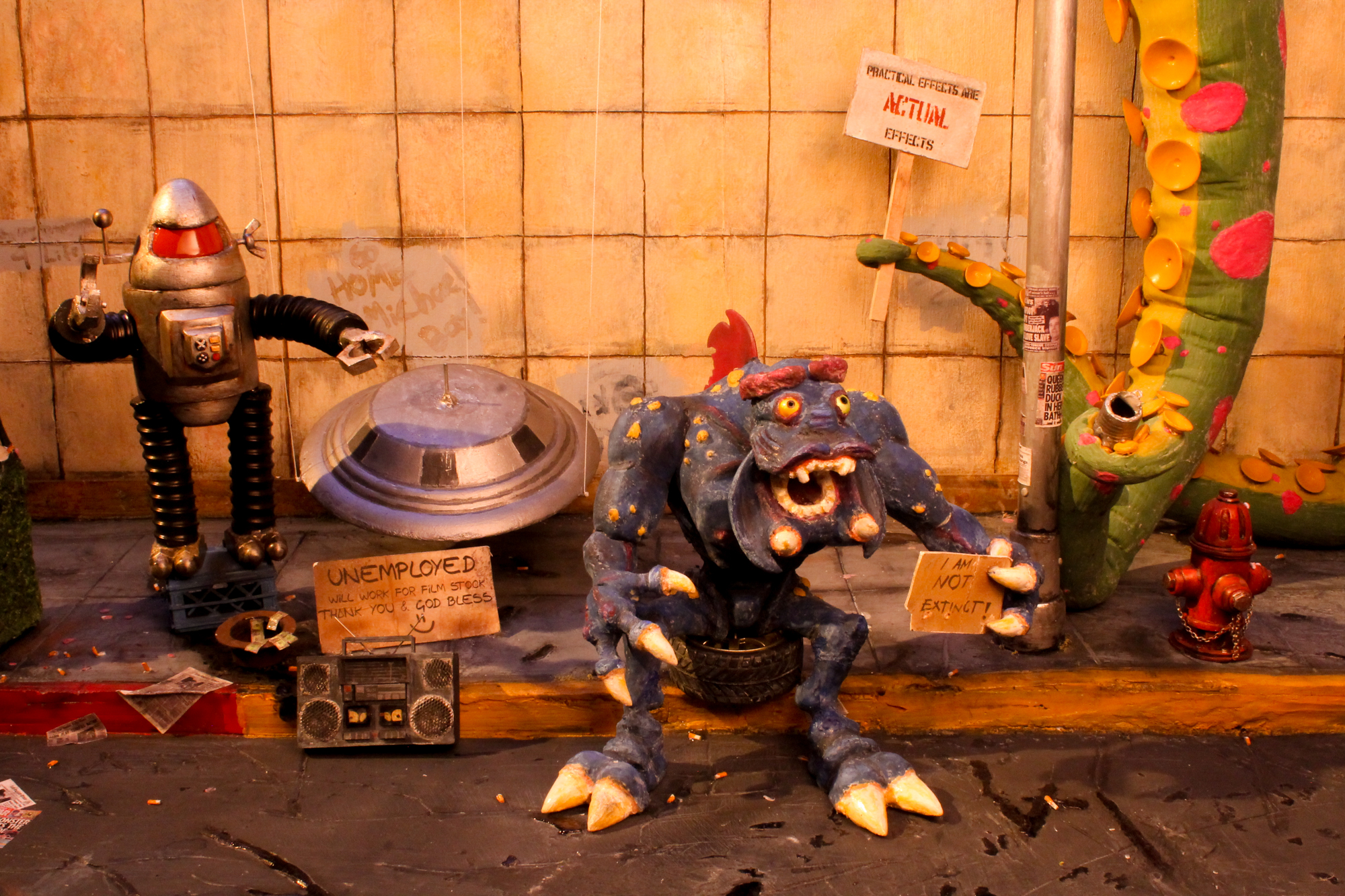 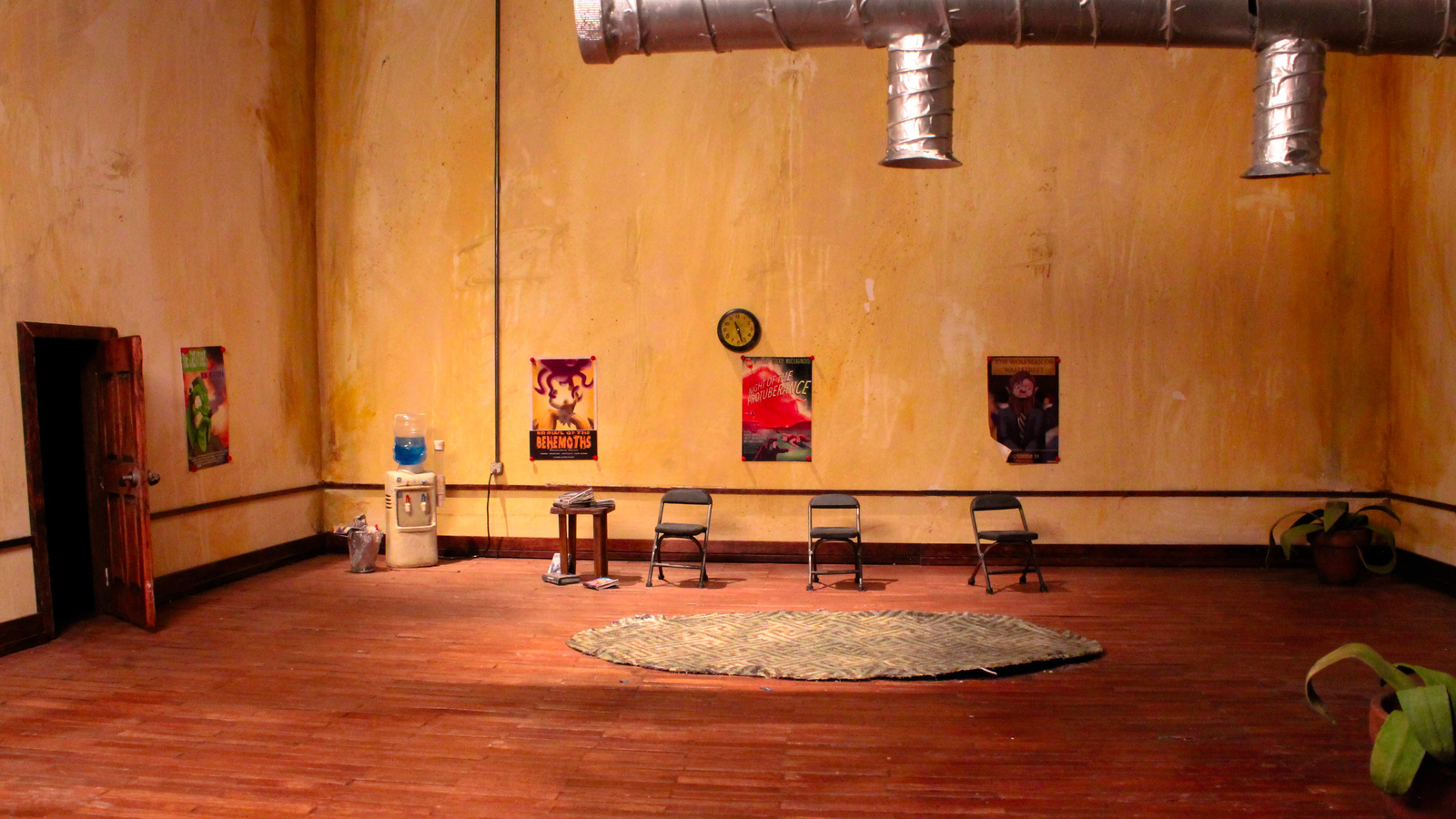