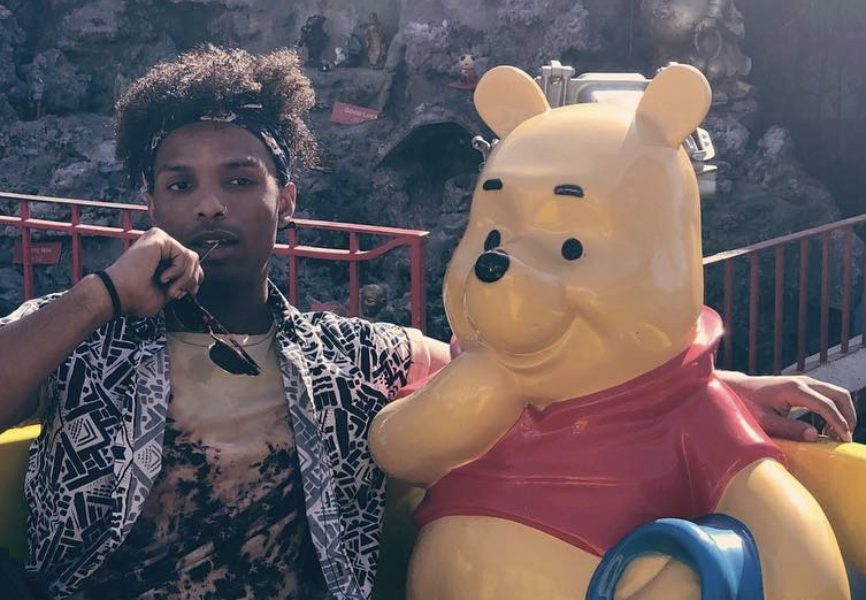 Today we’d like to introduce you to Dean Cee.

Dean, please share your story with us. How did you get to where you are today?
On July 24th, 1995, I was born in Youngstown, Ohio to a Mary Elizabeth and Leonard Dean Carter, the second born. My parents had two more children after me. Giving me my own tribe of four. If you know anything about Youngstown Ohio in the 90s and early 2000s, you know that it is synonymous with poverty and squalor. This is the type of town only intended for the citizens to either be put into the prison system straight from school or through various other systemic Factors, end up dead before even receiving a high school diploma. Before the time I was able to attend school, my mother made the decision that it would be best for her children’s interest if we leave Youngstown to pursue a better life. Not only did we live in the murder capital of the world (at that time) but my biological father was gang affiliated and really had no ambition for the future. He adopted the same mindset that most men had at the time, “our lives don’t matter.” He was abusive and hostile in most sense of the word. Society completely conditioned him to believe he and everyone around was simply born to die, doomed to dream but never really touch them. One night after a very bad fight, my mother threw everything my siblings and I could carry into black garbage bags, put all her kids (5,4,3,2)on a Greyhound bus and we started our new lives in Indianapolis, Indiana.

For a while, my siblings, mother and I lived in any women and children shelter we could find. My mother worked three jobs as a CNA to support her four kids. She made sure we had food in our belly and at least one pair of shoes. We lived that way for the better part of my elementary school career. Indiana. By the time I started 2nd grade, we had been in out of shelters most of them in the city knew our faces. After some time, we finally had an aunt move to Indianapolis and we lived with her for about a year. Over that time of a year, my mother worked every shift she could so she could save to get us our place. By the time I was two, my mother got into our first section 8 housing, it wasn’t much but it was ours. Most people don’t know this but Indiana is the birthplace of the KKK and it’s not crazy to be bombarded with slurs and hate speech pretty much every time you step outside. Our neighbors where extreme racist and they like to let us know. After a while, my mother remarried when I was in 2nd grade. He was a pastor and was the first man that ever showed us real kindness. He had children so in that, we gained two new older brothers. Now our new stepdad was amazing and we didn’t even consider him our stepdad because we were so young. He taught me about art and music and discovery. He showed us what it is like to really show up for your life because previously we were just falling through it.

Now unfortunately, he had Ciccl cell anemia and was pretty much in the hospital 24/7. My mother had to work to now support six kids and a dying husband so naturally we were raised by my now older brothers. After a while, we finally moved from the section 8 and got a better place we could all live comfortable and we did for two years. After about 5/6 years, our stepfather passed away. It was a weird time, it was like someone clicked the rewind button and all the progress we had made pretty much vanished. We were back in the major hood and left with each other yet again. My mother worked her ass off and got us back on track. After about three years, my mother met a man in church. We were in church a lot, it where I got my foundation from, where I learned about music and art. I started to get the art bug. After years of talking my mother and this new man started dating. He is now my current stepdad. Things were good. He also had children but they were older with their own children but they were still very close to us. By the time I was in 7th grade, I had started taking classes at the local boys and girls club for acting. Spent a whole summer in an inner-city acting camp.

By the time I finished, I was hooked. It was weird a bad kid from the hood that’s obsessed with art, so naturally I got into a lot of fights and a lot of altercations. I was always fighting and stealing and just a very a great child for various reasons. I got kicked out of some many schools that I was going to be sent to a “juvenile” type school. While doing so my mother met a lady who recommended I audition for an art school in the city, the only art school in the region. Broad Ripple High for the Performing Arts and Humanities. It was my last chance of school before being sent away. Luckily I got in. My audition is what saved me. I started attending this art school in the 8th grade. I was on every choir team and any performance-based thing, but I was also still fighting. It took me a while to get into the swing of things but I eventually did. After years of poverty and being a fuck up, I decided to actually make something of myself and change the narrative of my people. So I buckled down and started doing better in school and staying out of trouble, no more street stuff. I eventually ended up getting apart of this special training program called AMTC where I practiced and honed my craft for a large panel of managers and people in the industry. I took a trip to Florida to showcase my talents and ended up getting a call back for an agency in ATL. So my sophomore year of high school, I dropped regular school go to ATL for the callback and switch to online school so I can do a movie in ATL. I continue with classes and doing so many new projects. I finally graduated high school and started college in Indy majoring in Human Studies and Theater with a minor in vocal music. I was working at Amazon at the time which was absolutely one of the worst experiences.

After about two years, I decided that I needed to leave Indy because there is nothing here but gang violence, death and nothing. So I dropped out and moved to LA to do acting full time. I ended up getting a room at a place I can only describe to you as a landfill with people living there. It was a very disgusting place and I was unaware before coming but I’m here now so I have to stick it out. I was unaware that two of the people living there were extreme drug users and was wildn pretty much all the time. From everything to sex parties in the middle of the night to trying to call the cops on me if I did pay them money anytime they wanted because I wasn’t on the lease so I had to dip. I eventually ended up getting an apartment in the same building two floors above with two other guys that lived there also. Everything was good until one of the guys had a freakout and ended up leaving and having someone take his room. So many crazy things happened but eventually, one of the guys that moved with us just vanished in the middle of the night. He ended up going home. So I had to pay all of the rent which I didn’t have. We eventually had to leave the apartment that night in December of 2018. I was homeless in LA for about 2 1/2 months. After a while, I eventually ended up finding housing Feb. 3rd, 2019 at a place in LA called UpStart and my life changed. I found friends something I had really yet to do, I found a community a support system. I was at a really low place in my life and they truly saved me. So while living there, I had access to music studios, because I was so depressed and homeless I really wasn’t doing too much acting or art. So when I moved here, it was reviving. I spent hours/days/weeks alone learning music production and vocal engineering so I could get what I hear in my head in the world.

After about seven months, I was making music every single day. I was very poor, very very poor more days than not I would go only had eaten one meal for the day. It was very hard to get jobs in LA because so many people. It was a very weird time and did a lot of things just to survive. Things have been chill. I eventually started to have a large stockpile of music that I never put out so naturally, I started to drop stuff here and there. I did that all through the years without really any traction or thought. After COVID hit, I was left with myself a lot and started to consider putting out a project. I a bunch of music and was working on more so I put together a project. “This Is Not a EP.” dropped on June 19th, my very first project. It’s a collection of songs I’ve made all throughout my LA journey so I left it appropriate. Most of my drops don’t really do any type of numbers or get any traction. But I told myself and the universe that if this is what I’m supposed to be doing, let me know. With in the first week of the drop, I was sitting at 10k+ streams. One month later and I’m sitting at over 35k streams With almost no promo and over 26 playlist placements. I’m supposed to be doing this and it’s my time to tell my story. It’s my time to help people like others helped me with their music.

Great, so let’s dig a little deeper into the story – has it been an easy path overall and if not, what were the challenges you’ve had to overcome?
Not smooth at all! I’ve dealt with and currently still dealing with the repercussions of my friends dying trying to get where I am. Family, friends and myself constantly robbed or harassed because of the neighborhoods we were forced to live in. The system that is America set up for us not to win. Just being a POC in Indiana is just a dangerous reality. Death, poverty, racism and classism is the backbone of the Midwest artist.

Can you give our readers some background on your music?
I’m a musician. The Dean Cee brand is about individuality, creativity and determination. If you see today’s current state of “hip-hop” and “rap” there seems to only be room for one type of artist. I aim to show that there are more facets to hip-hop and the people in these community.

Is there a characteristic or quality that you feel is essential to success?
Determination, creativity and love. 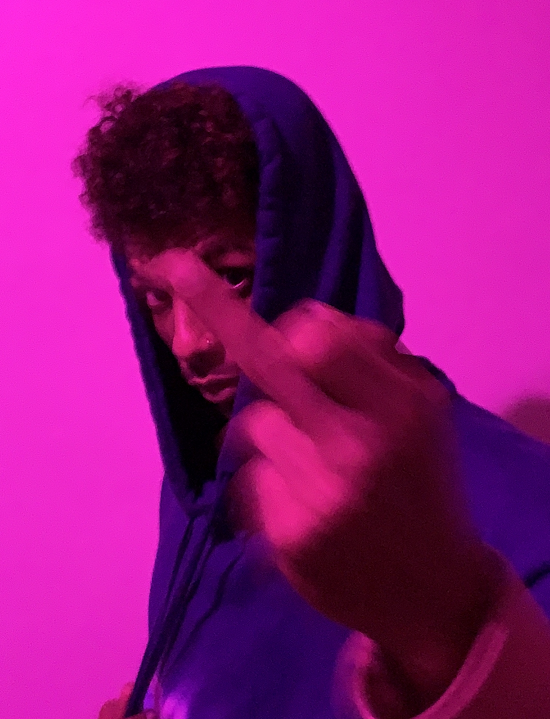 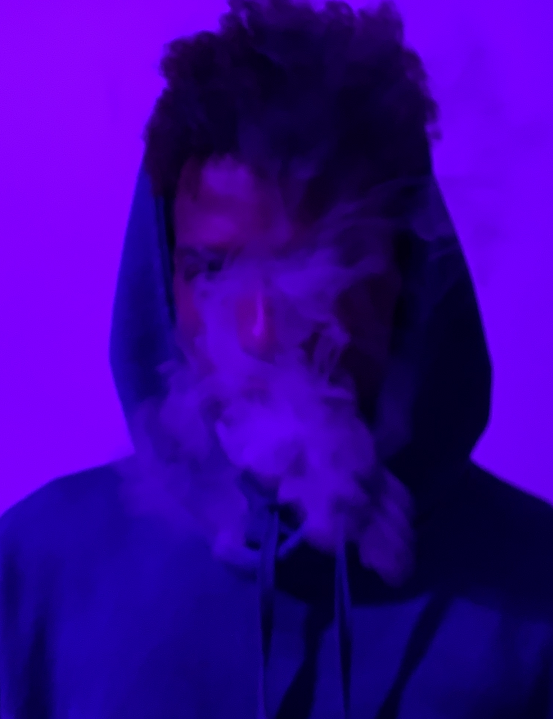 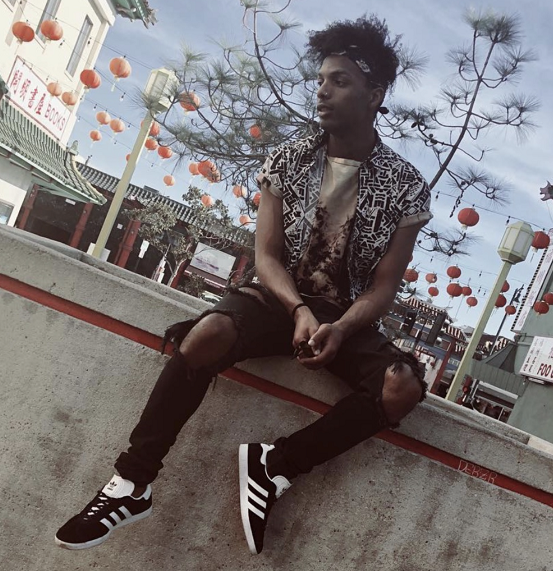 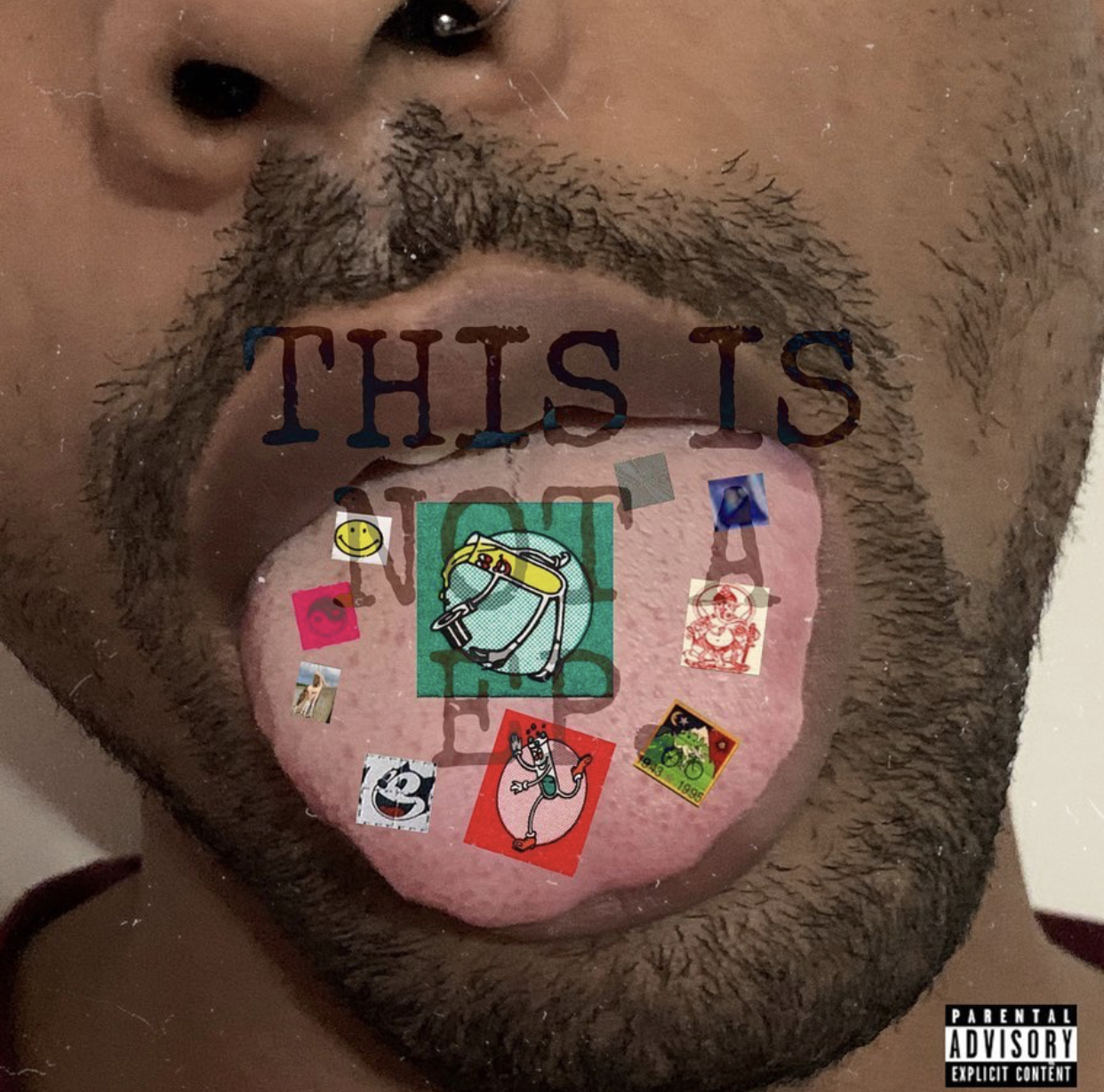 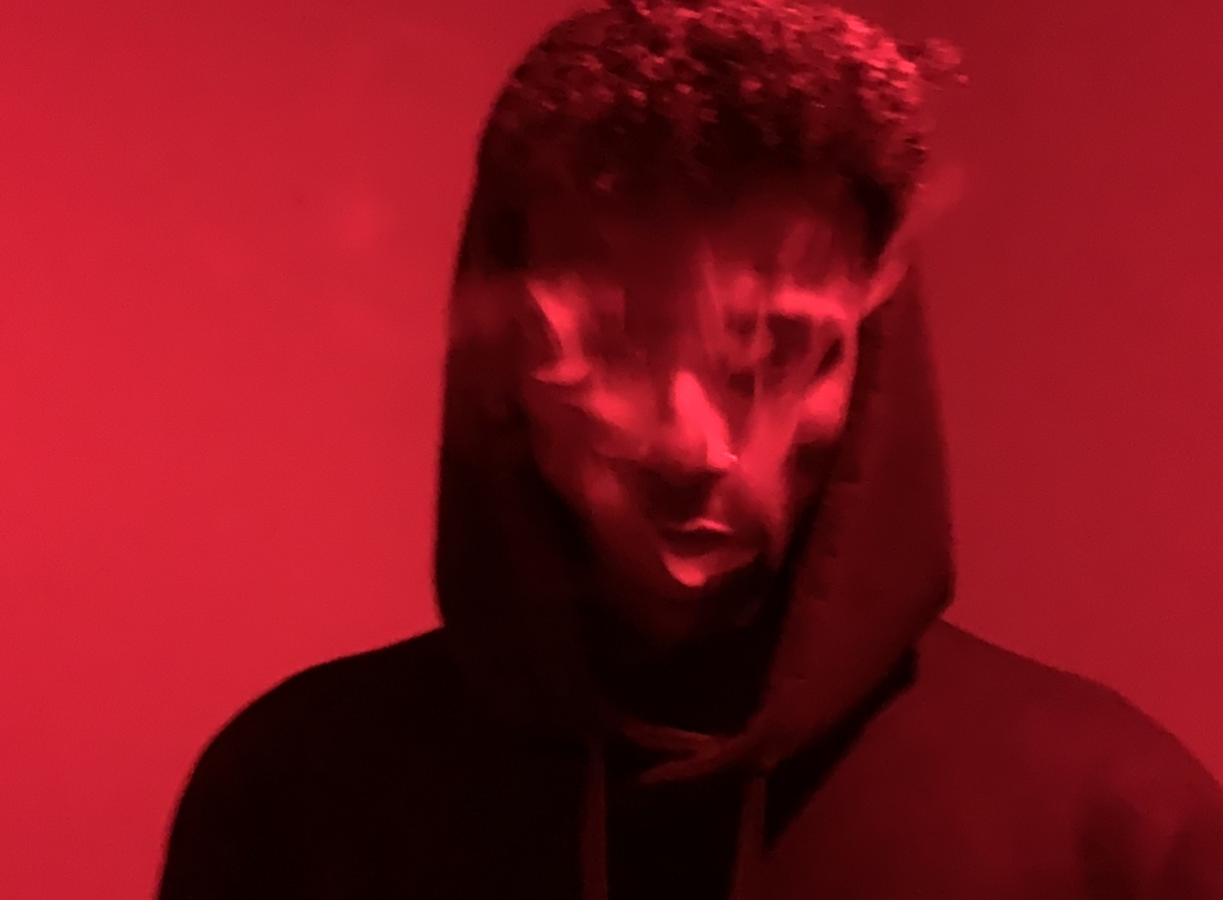