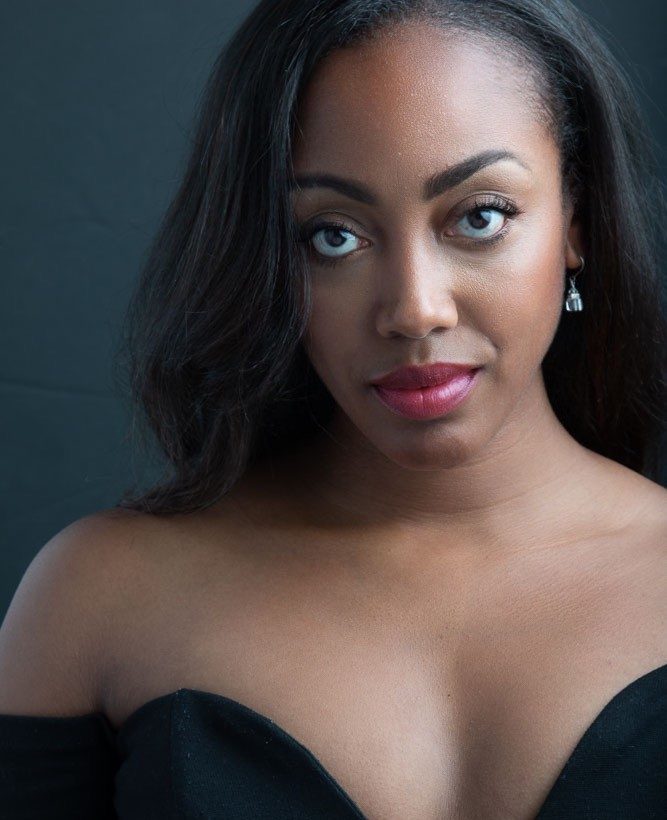 Today we’d like to introduce you to Lanett Tachel.

Lanett, we appreciate you taking the time to share your story with us today. Where does your story begin?
For as long as I can remember, I’ve been a multi-hyphenate. Well before I even knew what that word meant. As the oldest of four children, I was often called upon to create worlds and stories from scratch to entertain and engage my siblings. At any given moment, the house could be a fort, the backyard was training ground, and my room was whatever stage I needed it to be that day. And thankfully, since my mother is a storyteller and creative in her own right, my imagination was allowed to run wild.

Through liturgical dance, pantomime, step team, spoken word, and eventually my first leading role as Dorothy in an Elementary School play of “The Wizard of Oz,” It became clear that my gifts would make room for me. And with relentless persistence and perseverance, they HAVE.

When I  saw firsthand how a performance could affect an audience and potentially even change their viewpoint or perspective, I knew that that was my calling. And at age 7,  I told my parents, “As soon as I finish school, I’m moving to Hollywood.” To their credit, they never pushed back or encouraged a plan B. I was as headstrong as a seven year old could be and I only doubled down in the years to come. I took on a leadership role in the high school drama department and graduated from Howard University Magna Cum Laude with my BFA in Fine Arts-Theater.

But what I didn’t realize is that even with all the training that had gotten me to that point, when I landed in Hollywood  after graduation, there was so much I didn’t know that I didn’t know. Hollywood quickly proved itself to be “business-show” and not “show business.” And I had to be about my business. So while waiting for my “Big Break,” I worked through a multitude of jobs to figure out which one would give me the flexibility I needed to pursue my dreams. I was a server, caterer, professional bartender, field sales rep, restaurant manager, and more.

At one particular restaurant, I didn’t realize that one of my bar regulars worked hand in hand with Ed Weinberger (Cosby Show, Taxi) and needed a consultant to help them on an upcoming pilot. They were looking for an actress who had working knowledge of the restaurant business and could consult on the show. Up until this point, my daily conversations with God were “WHY AM I STILL WORKING IN A RESTAURANT!?” And that day, I got my answer. Not only was the show a great opportunity behind the camera, I was later cast in the episodes.

It would be this event and the series of events that followed that continued to prove to me that I was ALWAYS where I was supposed to be. I met an amazing casting director on the show, which led me to a slew of opportunities both acting, and as I had been evolving, also in writing. This is when things really shifted. After being cast in diverse roles that spanned from comedy to sci-fi, I was also writing across genres as well. Next, I joined forces with Director, Corey Grant who’d I’d worked with previously as a writer and actress and we began co-writing and producing content together under our production company, NEW BREED ENTERTAINMENT, which has since expanded to include colleagues across all areas of production including casting, editing, music supervision and more. To date, I am a writer, producer, and star of a comedic television series and three feature films that have been released across major platforms with more work releasing in 2022.

I know that if I had things my way, I wouldn’t be nearly as well rounded as I am today because I would have landed a series regular immediately and never looked back: ) But I am beyond grateful for the tools that have shaped me into becoming an asset in more ways than one to production. As a member of the Producers Guild of America as well as the Writers Guild of America, I take joy in knowing that instead of waiting for the roles that will continue to shape my career, I also do my part in creating, writing, and producing them- both for myself and for others who just need the right platform.

I have some amazing project announcements and rollouts set for 2022 and I can’t wait for the world to see what I’m planning next.

I’m sure you wouldn’t say it’s been obstacle free, but so far would you say the journey have been a fairly smooth road?
Ha! If the road were smooth, there’d be no stories!

Some of the struggles I used to encounter daily were being asked to identify “my type.” To certain audiences, I was the quick-witted, funny girl. And to others, I was the wildly expressive, suspense/horror type of actress. I laugh even today when people ask me what kind of roles do I enjoy playing. In the beginning, it’s simple. You enjoy playing the roles THAT PAY. Lol. However, as you advance in your career, it is important to consider taking the roles that serve you best and help you level up, while shying away from doing anyone role all of the time. On one hand, it’s a check. But on the other hand, if you place all your eggs in one particular basket, expect to be there for a while.

Other than that, the struggles were obvious. Report on time to work and miss your audition. Book your audition and potentially lose your job. Or book a big gig with directors and actors you admire only to be there caterer at an industry event two weeks later. Hollywood has a way of humbling you like that!

But even bigger than financial struggles, a real struggle can be taking care of your mental health. I originally moved here with no family. So finding time to do things that brought me peace and finding a tribe of like-minded people was essential. This industry is tough and nobody makes it alone. So finding a good balance of work/play/networking is not only healthy, it’s essential.

Thanks – so what else should our readers know about your work and what you’re currently focused on?
To date, the project I am most proud of is yet to release, entitled “Angie’s Cure.” I play the title role and this character required more from me than any character I’ve played to date. The professional and personal partnerships that have come from this film are just as exciting as the film itself and I can’t wait to make some announcements when we premiere theatrically later this year.

Currently, New Breed Entertainment is prepping for several films that will go into production this fall. One is based around the New Orleans culture of voodoo and as soon as I can speak more on this, I definitely will!

This industry is a roller coaster but it has finally showed me why my childhood felt like a series of ridiculous tests that fortunately, I’ve been able to pass. As an actress, writer and content creator, I am an observer of people. I pride myself in identifying what matters and motivates people so that everyone is equally as important and connected to the project. Many times, the characters I write often have a subtle nod to people who surround me. My friends often joke that they can see my transition through 3 or 4 hats in any given day but I think that’s because I’m always seeking a solution. In my mind, the only barrier between a problem and a solution is unimaginative thinking.

We’re always looking for the lessons that can be learned in any situation, including tragic ones like the Covid-19 crisis. Are there any lessons you’ve learned that you can share?
Covid 19 reminded me that I have everything I’ve ever needed.

I was also able to partner up with some incredible producers at the late John Cameron’s company, Human Health Organization aka H20. We were among the first on the front line to get Hollywood productions back up and running including James Cameron’s “Avatar.” Our ability to link nurses and Covid tests with producers and coordinators expedited the return to set and kept me employed during a time that was tough for so many of us.  I learned so much and made incredible friendships with producers and nurses that I otherwise, wouldn’t have met and I look forward to including them in production ventures as well.

Finally, I was able to focus on bringing in the people around me even closer. None of our dreams matter if we don’t surround ourselves with the people we want to uplift and celebrate with. 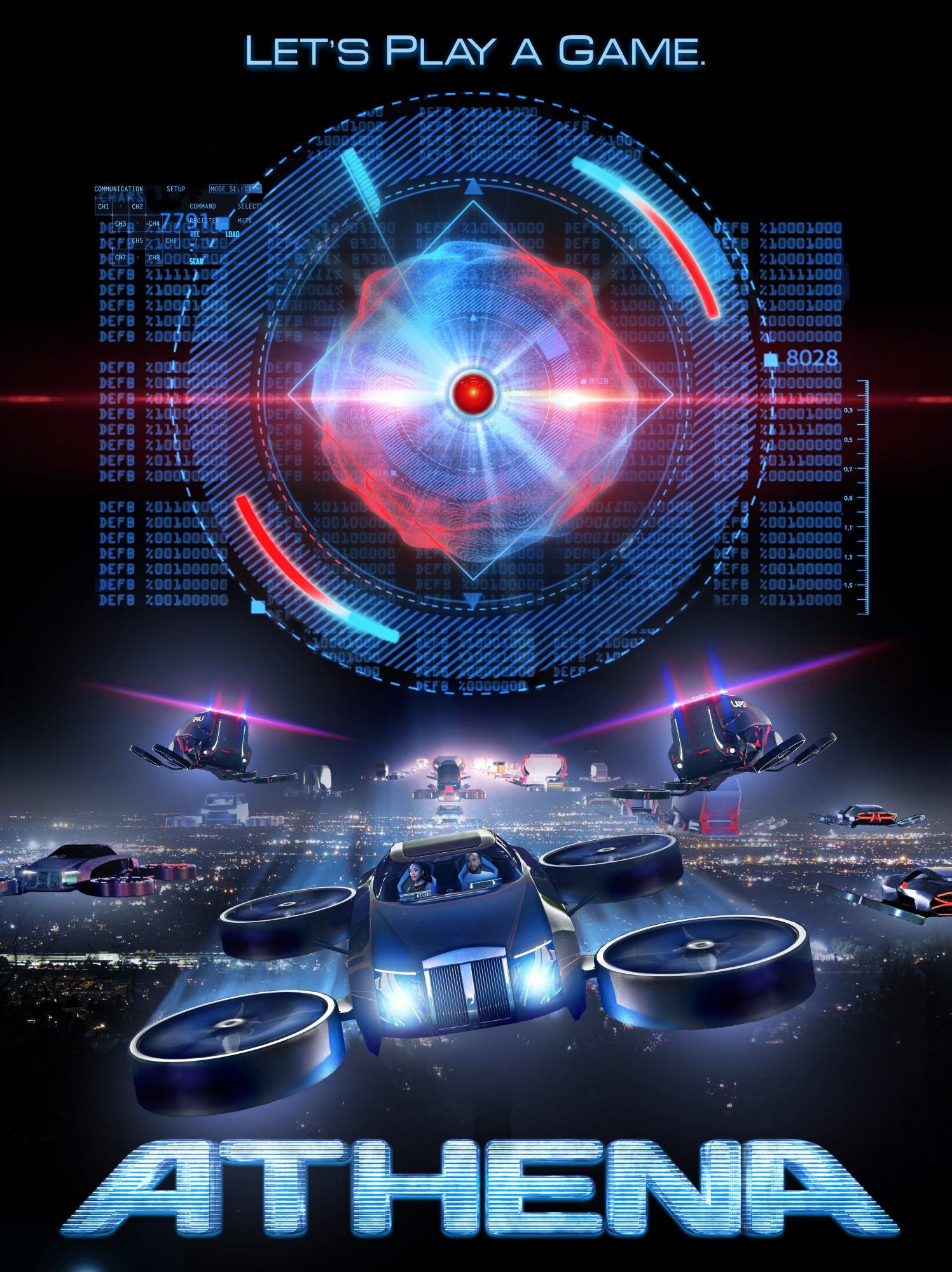 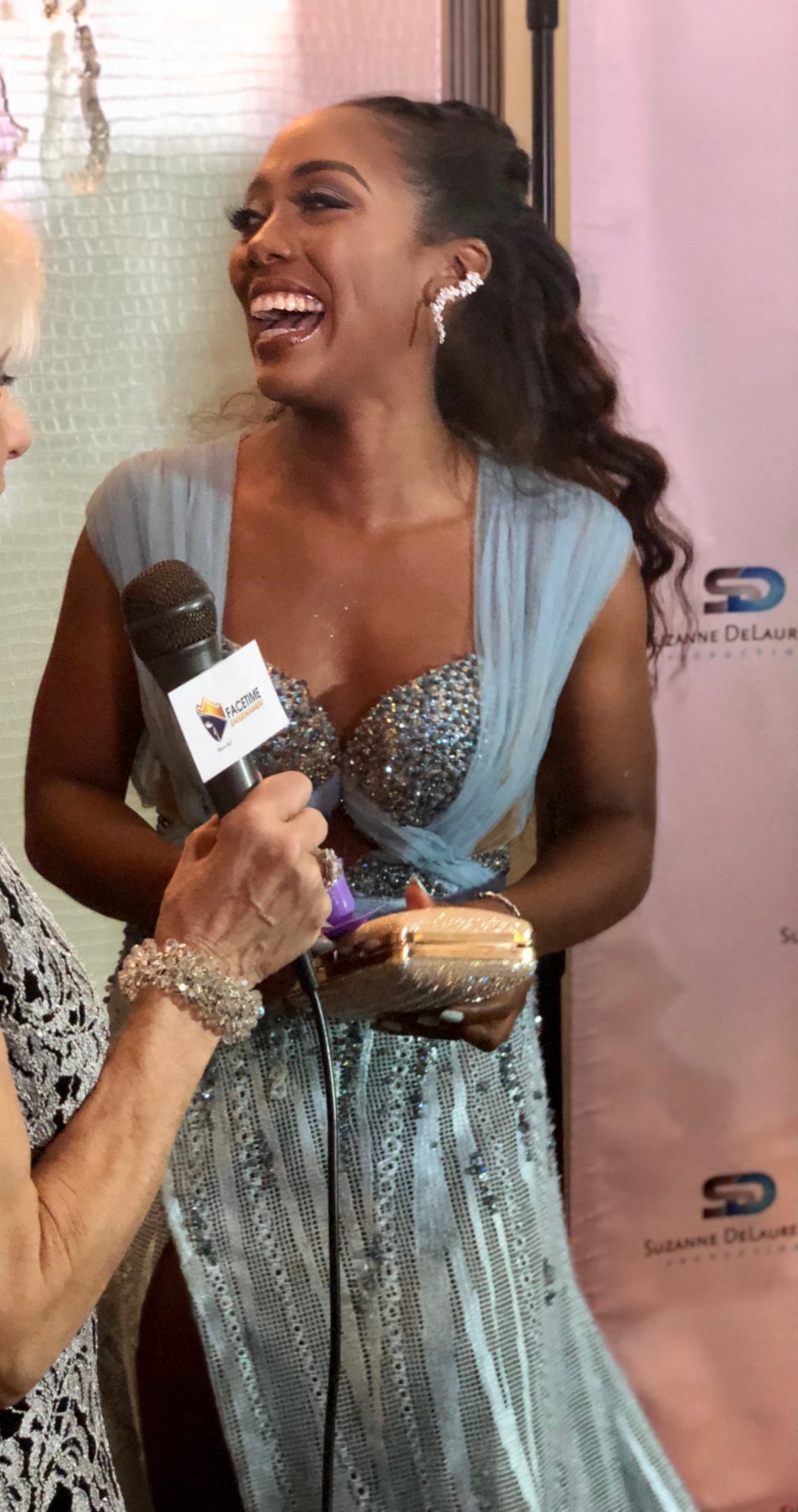 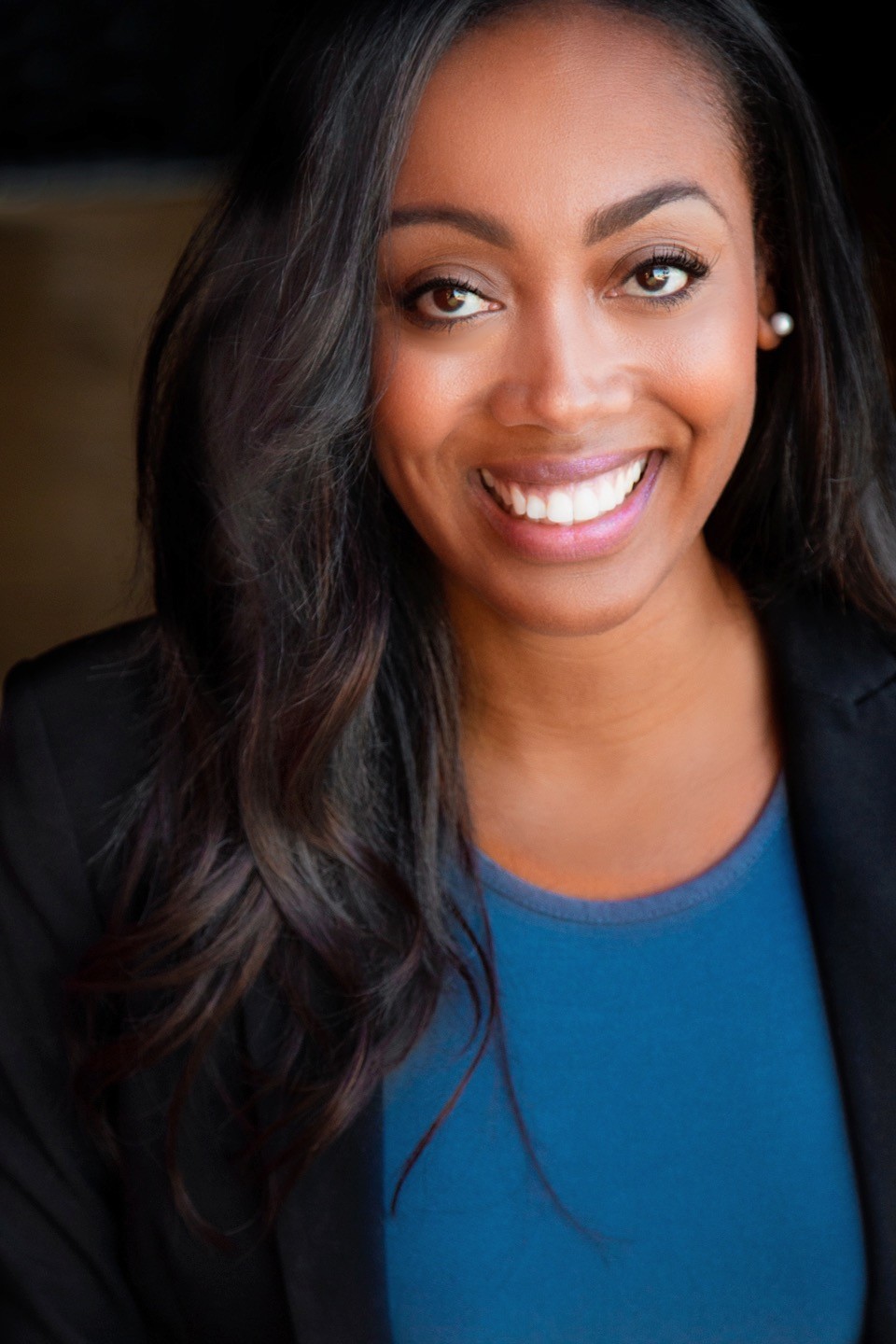 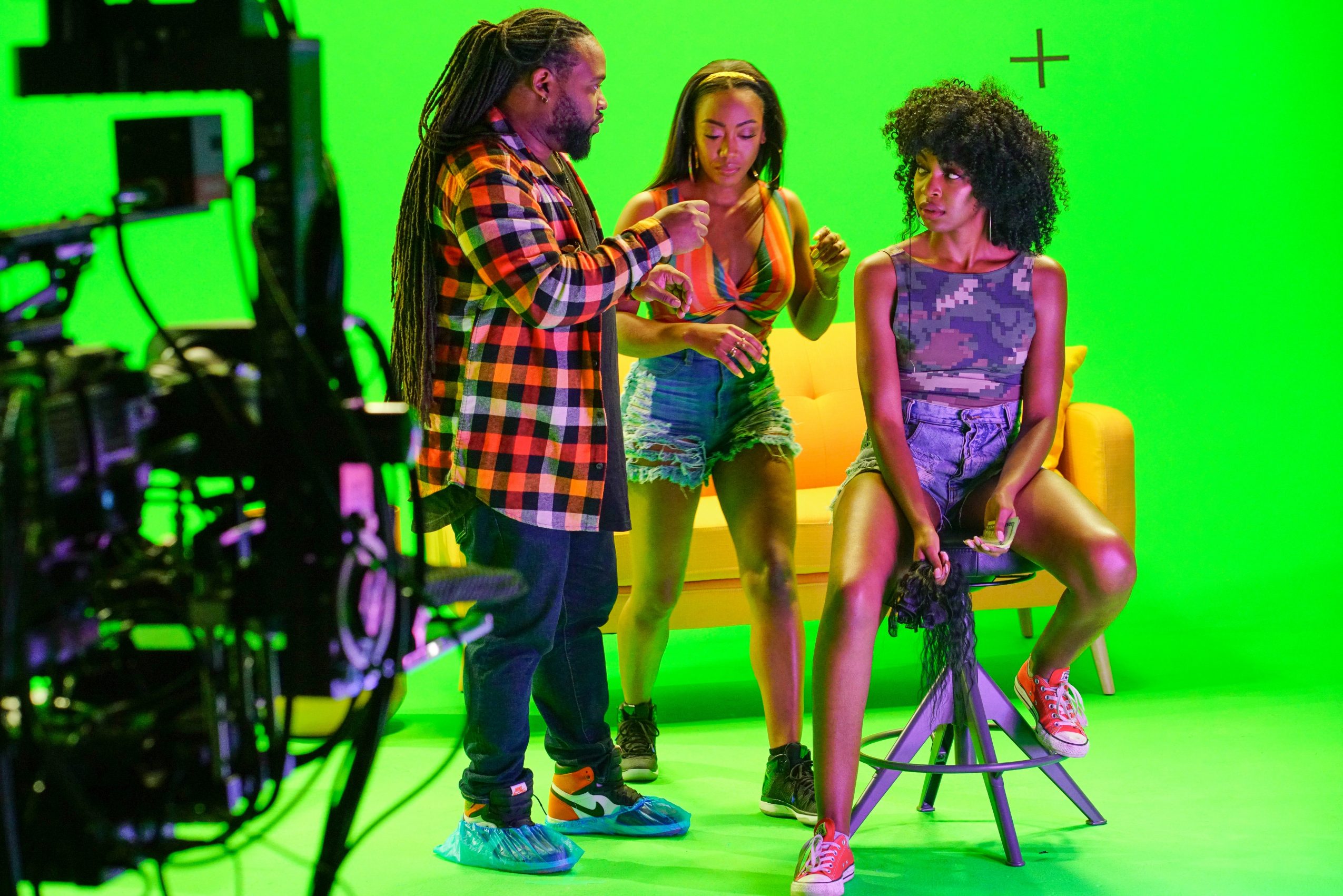