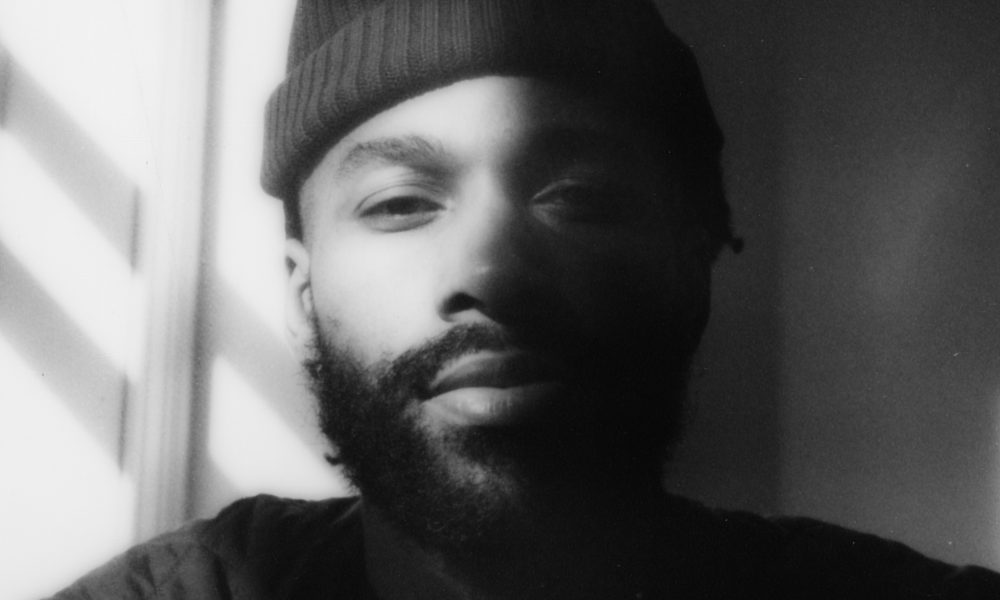 Today we’d like to introduce you to Kordae Henry.

Hi Kordae, it’s an honor to have you on the platform. Thanks for taking the time to share your story with us – to start maybe you can share some of your backstory with our readers?
Growing up in Maryland right outside of Washington DC with both parents being Black immigrants, you learn a lot about what it means to lean on each other as a resource and what it means to be a part of an even longer lineage of makers. My father is from London (born of Jamaican parents) and my mother was born and raised in Jamaica which means that the entire household was built upon stories connected to food, places, histories, and culture. I remember being at the kitchen table multiple Sundays with my entire extended family. We would sit around the table until 1 AM, while my father would tell us stories about the way his hands felt after he worked in his fathers gas station doing bodywork on cars in the winter or the time his brothers would play this game after school that made them give up everything in their left pocket.

The stories he told us about growing up in London as Jamaican descendants and being discriminated against based on the way he grew his hair in locs and how dark his skin was. He would tell us stories, even if we heard them a thousand times before. It was about sharing space and listening to the multiple lives he needed to give to us. I spent the next decade of my life observing the world around me. Growing up drawing became my way of taking things in, speaking, and translating ideas. So that’s what I did for a while. But I was not the only one that drew; my oldest sister was also an image maker who was into making caricatures of people she knew. How about when my father found a pen on the kitchen table and began drawing a 1980’s BMW we once owned – all from memory. I remembered seeing my grandmother draw a flower from her garden. That same garden that was taller than I was at the time and too terrified to ever step my foot into but she brought the garden to me. I quickly noticed that what I had in my hands was not about making images but about a longer lineage of making and crafting long before I was even born. That’s what I’ve been responding to ever since.

One day my father told me to come to work with him at his construction company. I was a young kid trying to figure it out and I remember that day where I was holding up drywall waiting for my paint to dry for hours, putting in screws into the wall studs and that’s when I saw a large roll of paper in hand walking by me. We ended up following to see the plans that the architect brought to the building that day. We met in a smaller trailer with barely any light but I could see these large printed technical drawings as each flip of the page was showing more and more complexity to something that was eventually going to be right in front of me. I attended James Hubert Blake High School that was focused on the arts. I was introduced to fine art, music, fashion, theater, and athletics but what I was drawn to was digital art-making. Between being a student-athlete and writing poetry, I mostly spent my free time playing video games like Metal Gear Solid by Hideo Kojima at my Uncle’s apartment and with my cousins.

In that digital art class, I was learning how to make images with Photoshop and soon found out I could make images move with techniques found in stop animation. That moment changed the way I thought about image-making for the rest of my life. I quickly found out that sound, image-making, and poetry were all connected spaces for me and I did not feel the need to separate the mediums when working digitally. I later went to school for architecture at Morgan State University after receiving my Associate in Architectural Technologies from Montgomery Community College. I spent the next three years learning about cities, histories, Baltimore, and photography. I met up with some kids from MICA from time to time and ended up meeting Winston Duke through that avenue on a part-time gig we both worked at. I wasn’t really thinking about making films at the time but I knew I was into the idea of exploring a medium that embodied expression sonically and visual thought.

I later on received a full ride to University of Pennsylvania School of Design which was partly because of image-making but also because of my mother who demanded that I receive a full ride. I never thought that would be the way for me to get additional support but she knew what I was worth. Coming from a Historically Black College University to a very small percentage of people that look like me was an adjustment I had to make and fast. Throughout that process, I was drowning, swimming, and floating all at the same time. I spent the next four years thinking about design and futurity. I was asked to be a research assistant my first year where I ended up making videos in direct response to design, performance, and robotics. This is where I first learned about performances by John Cage and films like 2046 by Wong Kar-wai and Akira by Katsuhiro Otomo. But I did not hear about Black filmmakers and artist canon until much later down the line. Upon graduation, I walked away with the Alpha Rho Chi medal in one hand and dual Masters in Architecture and Landscape Architecture in the other. I attribute those achievements to my black immigrant parents who told stories about their connection to places. After Architecture Career After graduating, I went back home planning to find a job. I just had a laptop and some hard drives filled with things, images, drawings, videos, and sounds.

A few months after receiving no replies, I received a message from an office. It was Mass Design Group, asking if I wanted to help them design a Memorial. When they told me it was the first Memorial to Lynching in America. I immediately thought about this as a story and how I would tell it through design. I spent the next two years working and found out that the story of the project is what called me the most. I started to look at Mini Alexa cameras and game engine animation software more heavily. I ended up seeing a talk on YouTube from Liam Young at SCI-Arc and immediately reached out about the Fiction and Entertainment program. A few months later, I ended up getting another scholarship to SCI-Arc but this time to work on my own film. In a year, I would write, direct, animate, and co-produced my first project entitled Earth Mother, Sky Father now featuring on NOWNESS. And I’ve been making films ever since.

I’m sure you wouldn’t say it’s been obstacle free, but so far would you say the journey have been a fairly smooth road?
The struggle can be real. Architectural programs are not easy, and for those who know understand when I say, “the work is built from struggle”. But that’s only half the story. I think the hardest moments are actually the ones you can’t control. I had a dozen men that I knew growing up who supported me and who exposed a certain level of wayfinding, futurity, and realness. They shaped the way I think, move and operate in the world today and I would be nothing without them. But they all eventually went to prison. I remember visiting my brother in a room filled with security guards on each end. Seeing the vending machine with nothing really in it.

I remember going in with my second oldest sister and wearing a white t-shirt, denims, and black shoes. The dress code for the visitors was strict. Something like the wrong color jeans or top would result in you missing your visit after driving miles. And this is just one of several stories that really became a struggle for me. Who was I to think about making buildings and film when clearly there is more important work that needs to be done? I was broken from the time lossed. But I’ve learned our lives are complex and dealing with that complexity has prepared me, not just for making images or storytelling, but for being a human being in this world – “Nothing is all good or all bad” as Arthur Jafa explains.

Five years later, I watched my brother leave those cells and go to one of the top universities in Chicago to play ball until he finally graduated. I like to think that someone was trying to tell us that the journey is wide, and what is for you is for you and no one ever can take that away from you. I remember someone asked me once why my films have Black men as the lead and it never dawned on me until this very moment. I find it as a way to speak to the time that was lost. I found that making these films are not just about memory but wayfinding through the voices of loved ones, the experience of night drives through the city, the sharing of underground music, the togetherness while surrounding the Ackee and Saltfish (Jamaica’s national dish) cooking on the stove, and the stories yet to be shared at that kitchen table.

Can you tell our readers more about what you do and what you think sets you apart from others?
I’m a filmmaker and visual artist. My practice explores the foundations of animation to tell stories. The literal translation is to bring it to life. Stemming from my Jamaican-British roots and background in architecture, I find myself returning to art-forms such as movement, mythology, and speculative fiction in the digital. My practice utilizes intonation and music to deliver rhythmic accentuation and dramatic stylization of worlds. My practice uses 21st-century techniques in film and animation production to incorporate music and film for worldbuilding. My most notable work is my 2019 release entitled Earth Mother, Sky Father with Shabazz Palaces, and Storyboard P. I’m still unpacking that project as it has led me to think broader about what image-making is as a practice and where it’s headed in the future. It is truly hard to say what sets me apart. I never really look at it that way. Rather I feel like I’m standing on the shoulders of the artist before me and with me. My interest in the aesthetics of Black cinema, world-building, performance, and animation comes from that very place. So it’s not really about setting things apart for me but pulling things closer together to see things we have not seen before.

We’d love to hear about any fond memories you have from when you were growing up?
I’m still remembering the sounds of fist pounding from laughter on the kitchen table, the first time I read Octivia Butler’s work, playing ball with my cousins until we couldn’t breathe and sweat covered our eyes, the music banging from the speakers of my dad’s black M5, the late night parties that were thrown in our yard that brought folks together, the red soil found outside of Spanish town Jamaica, and the Go-go music found in the DMV and the bodies moving at the dancehall in South London. 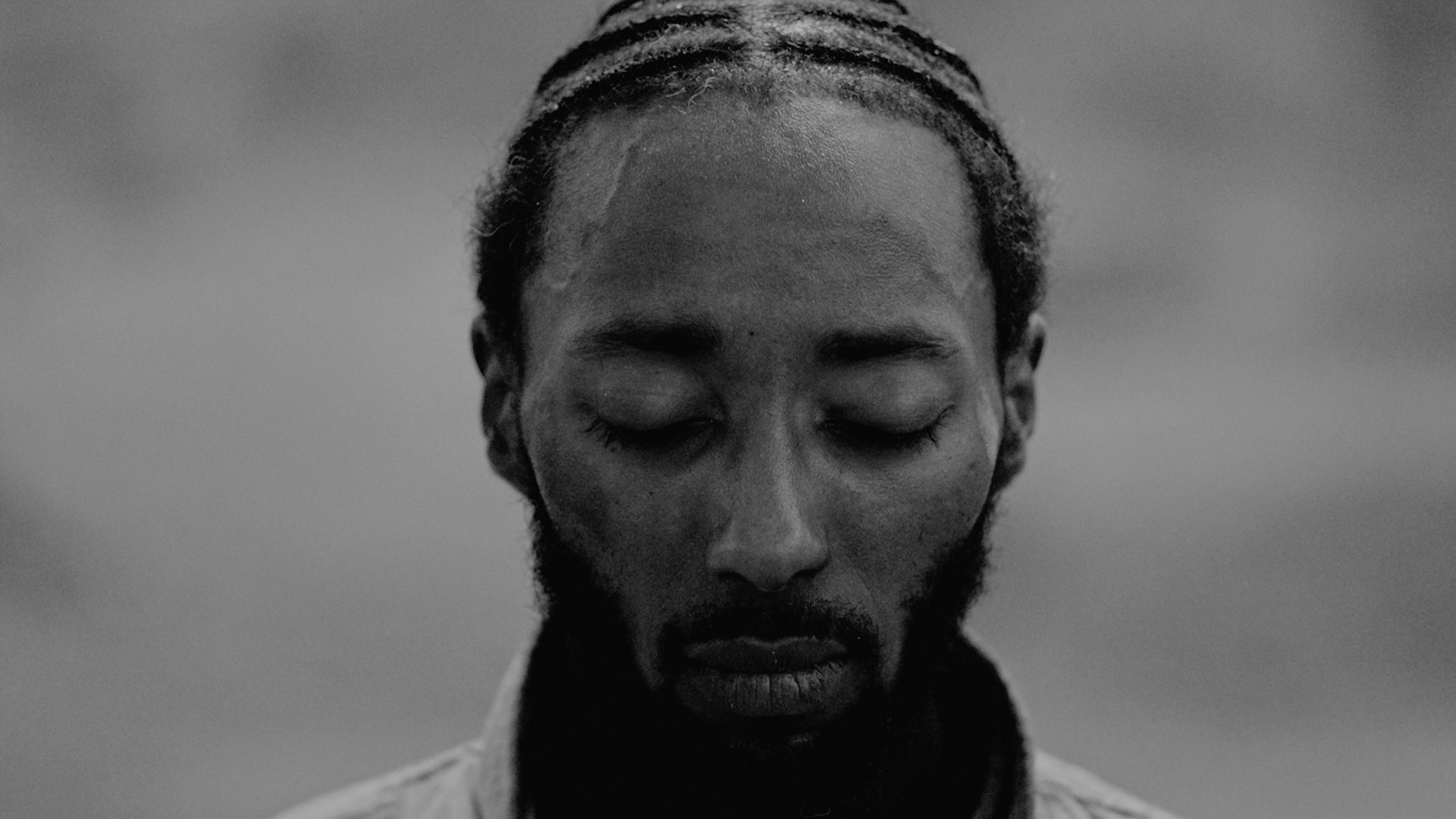 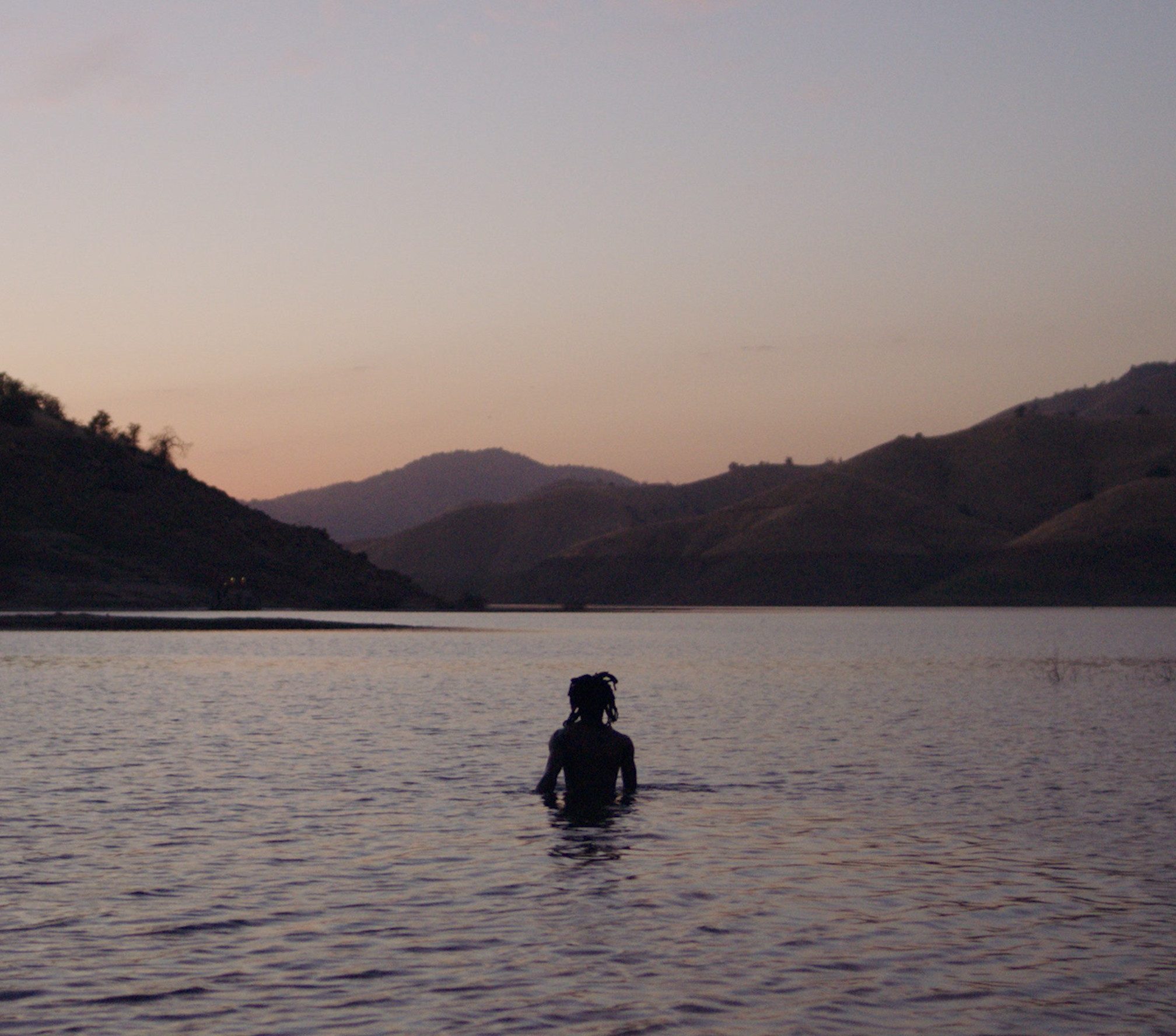 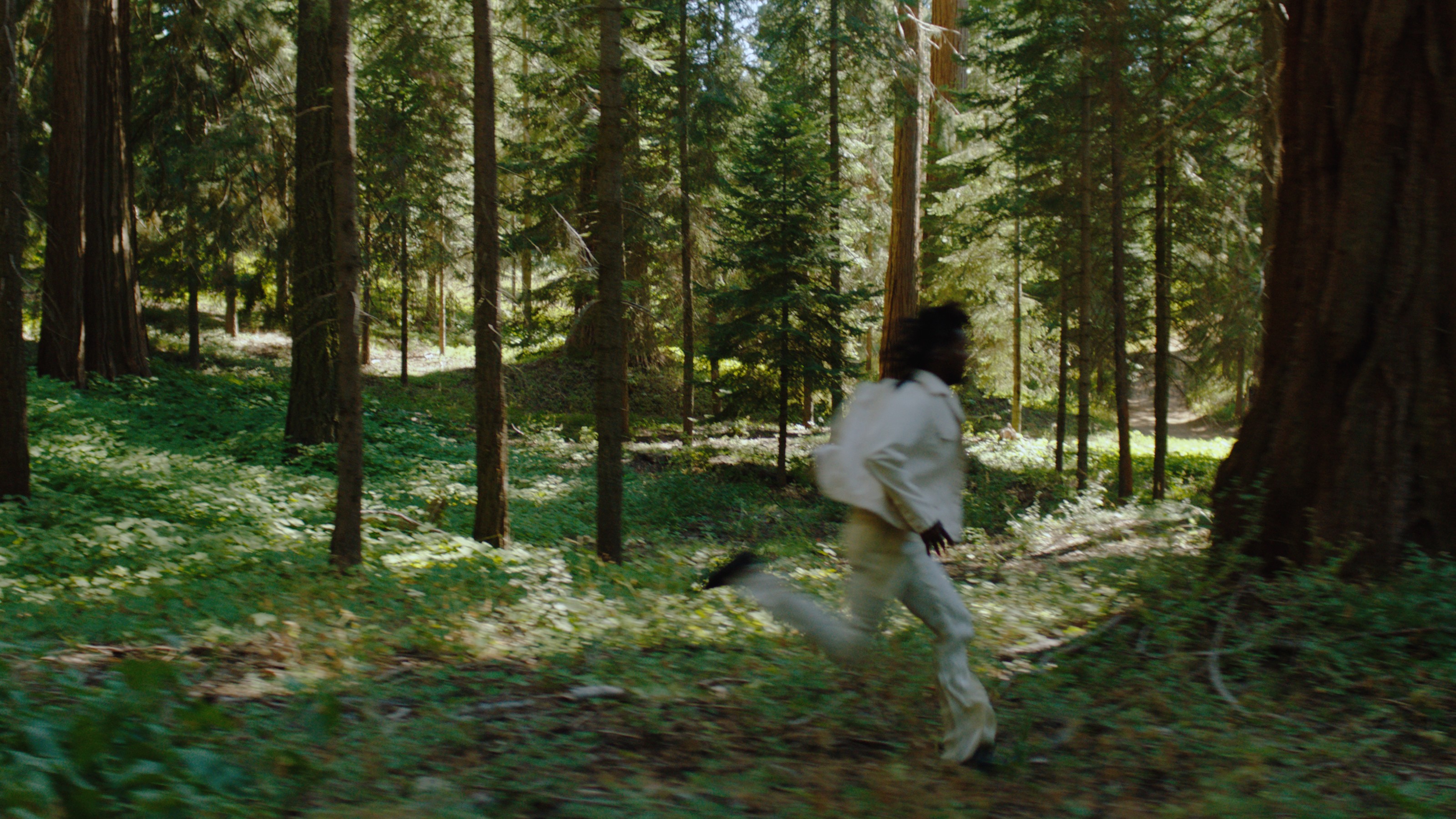 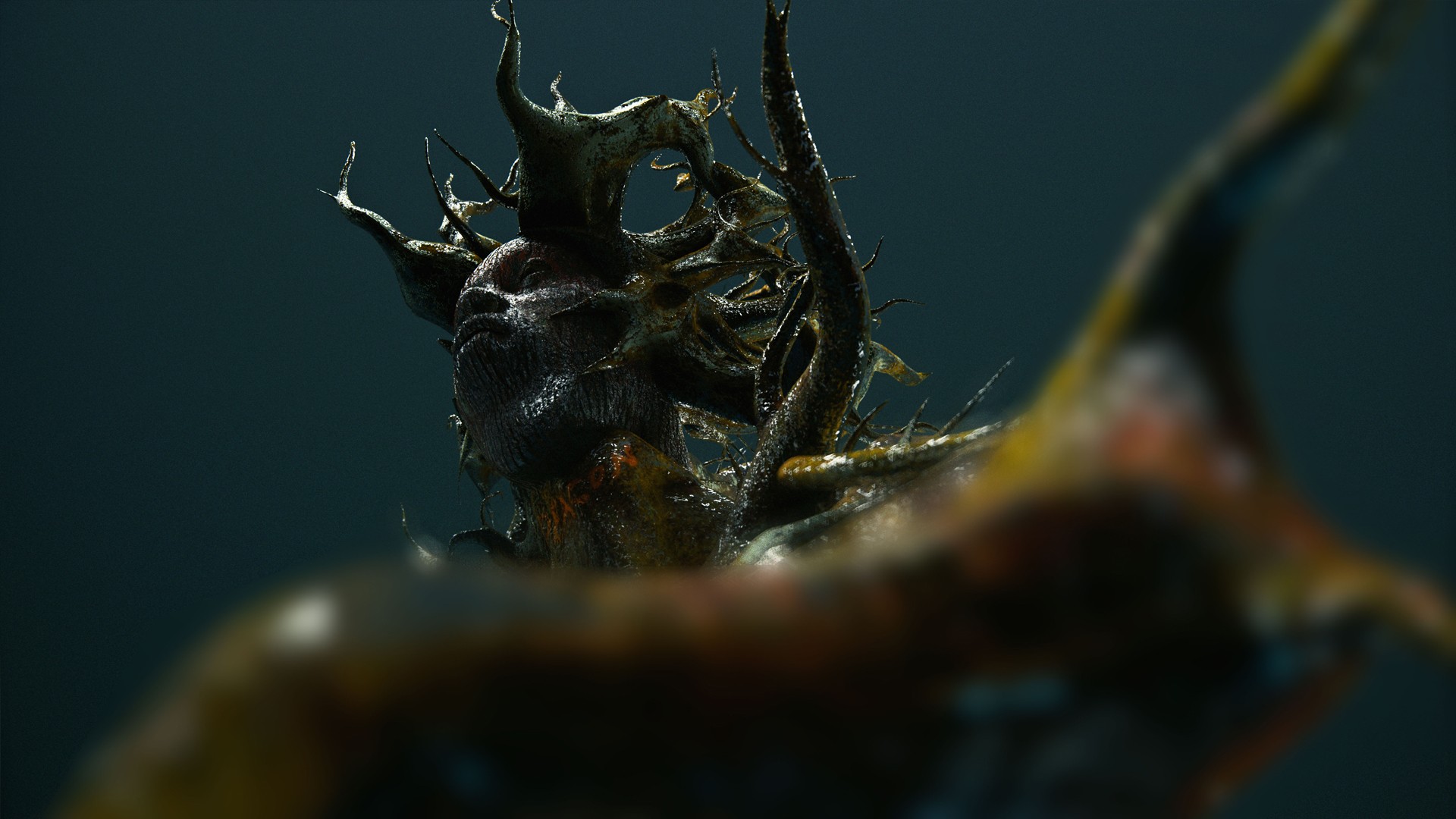 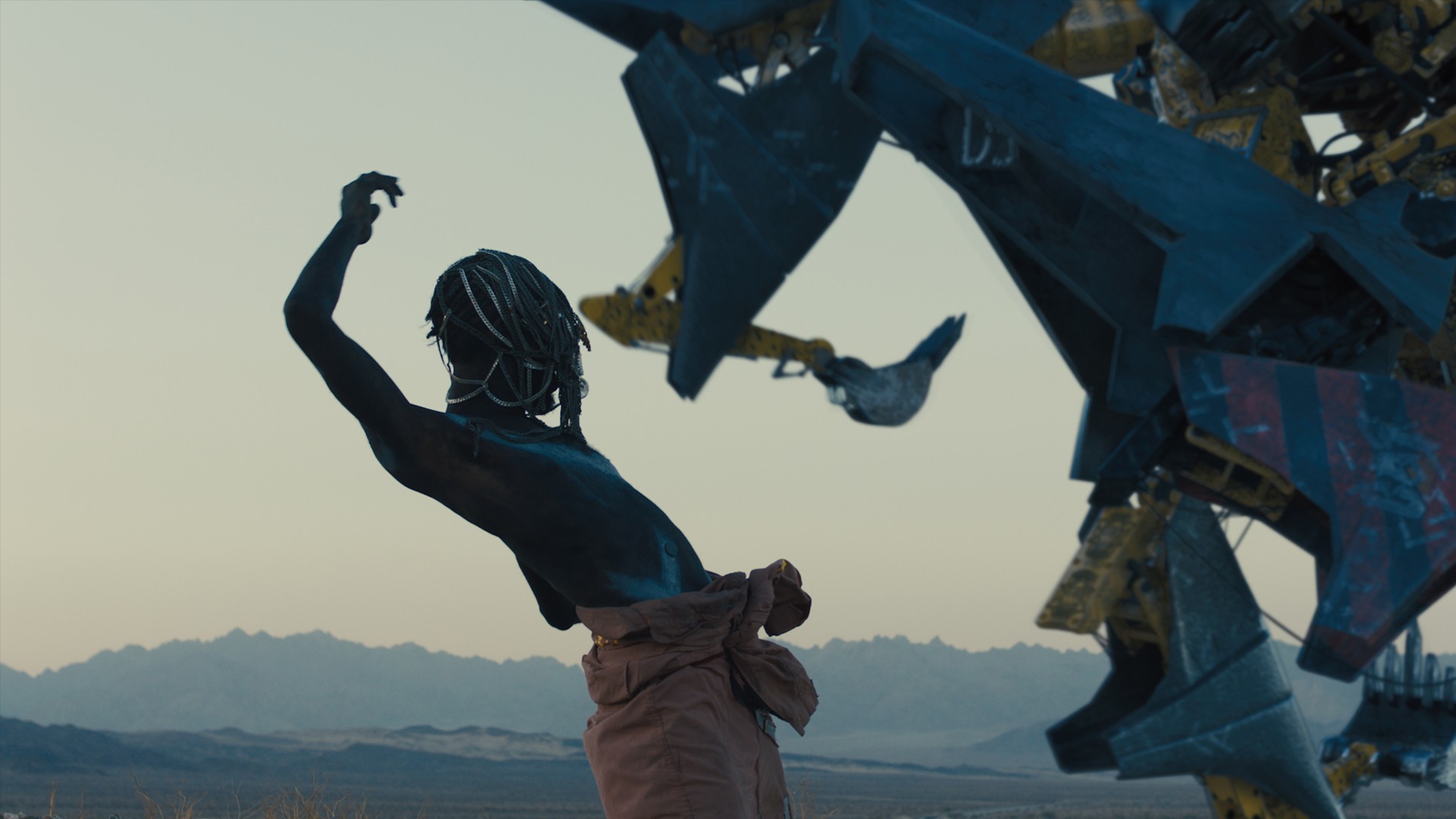 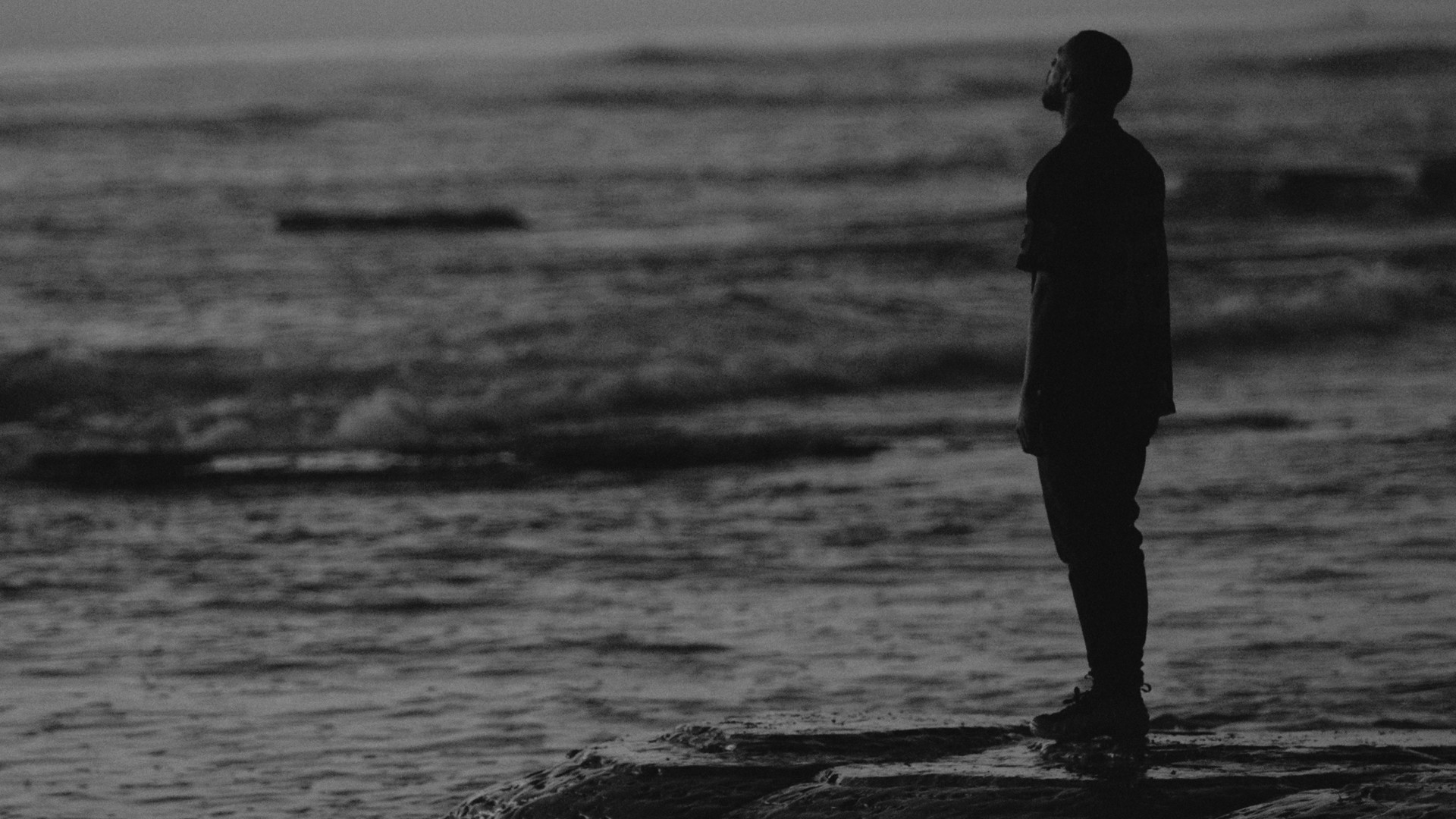 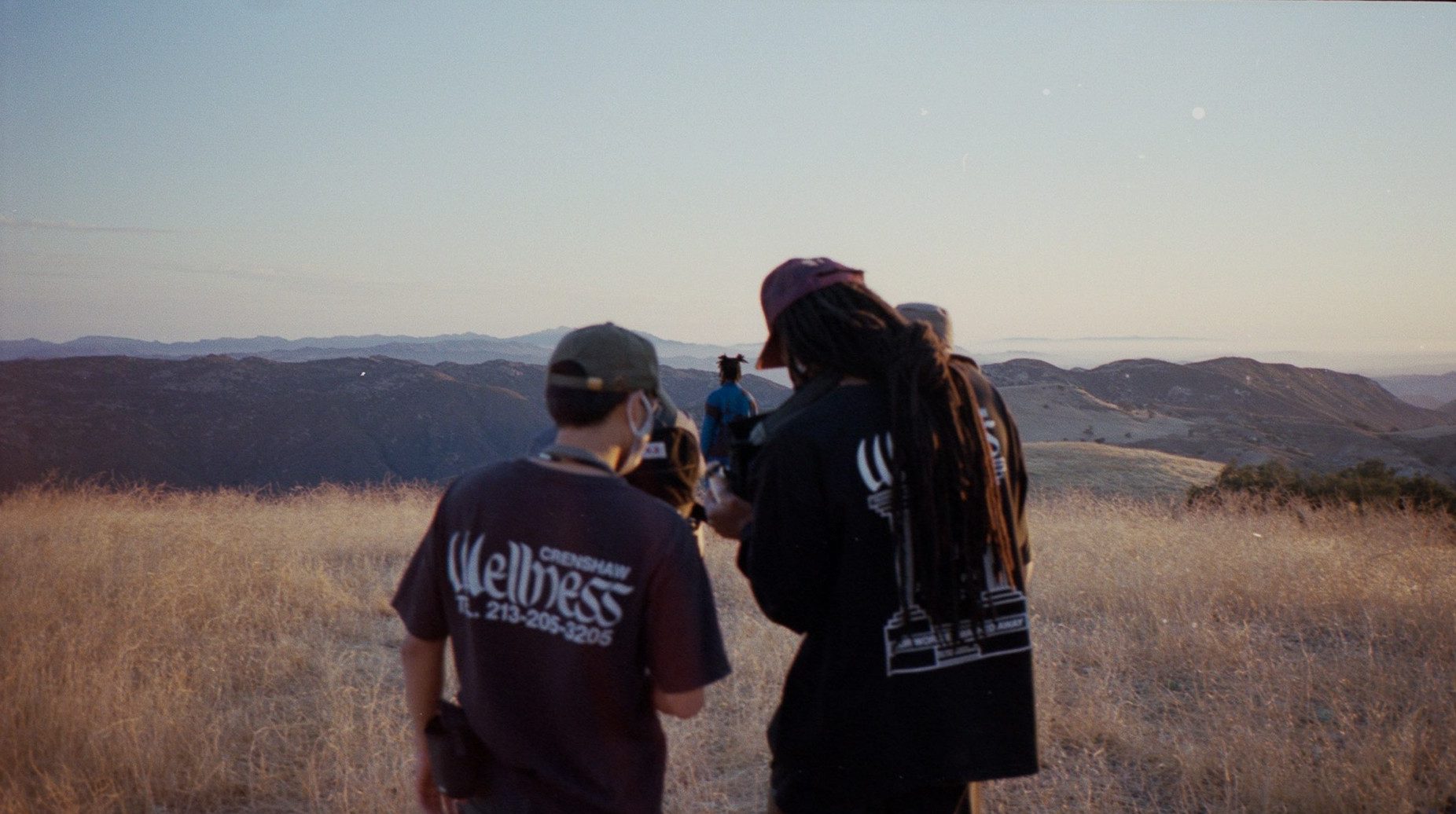 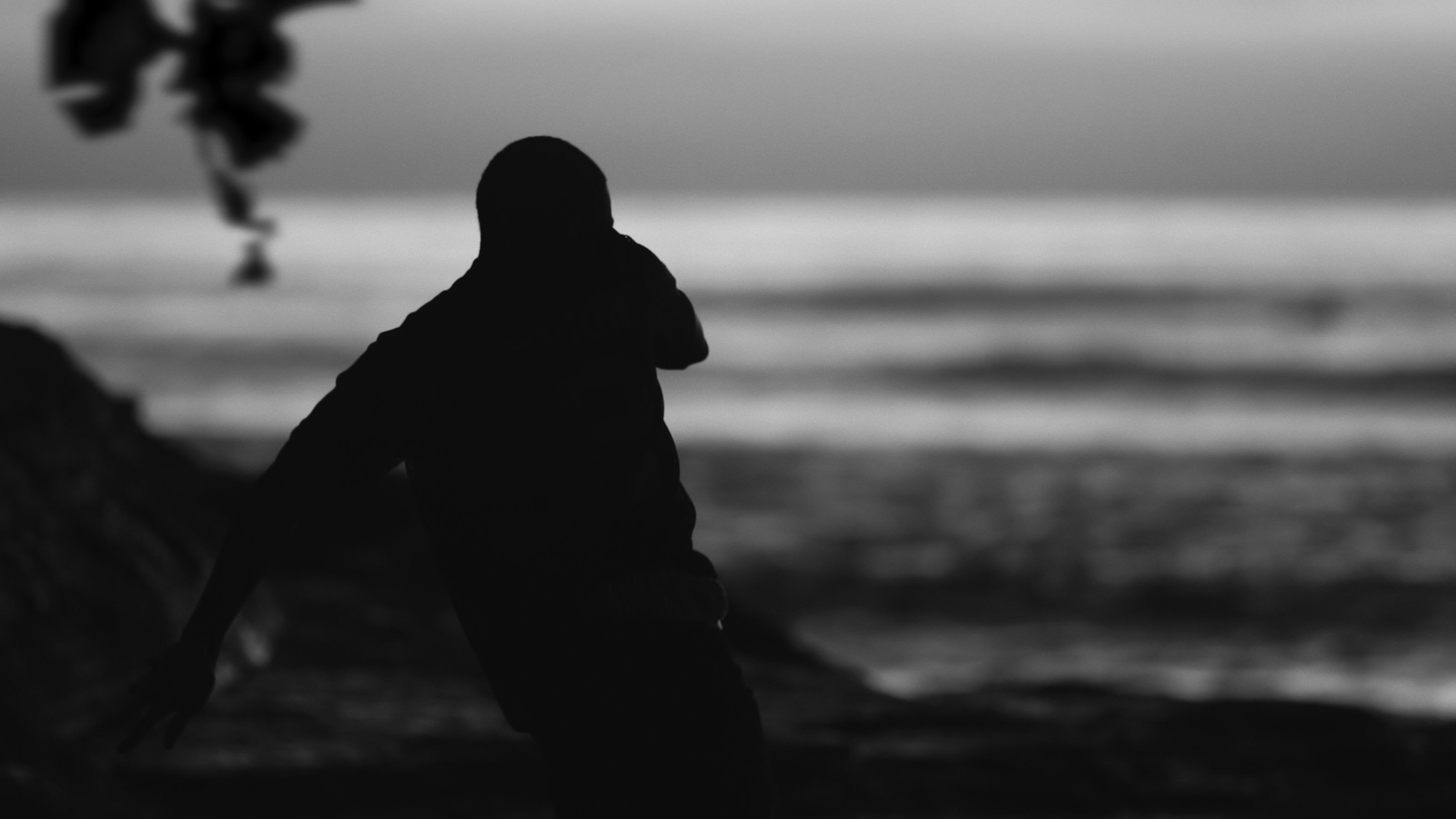