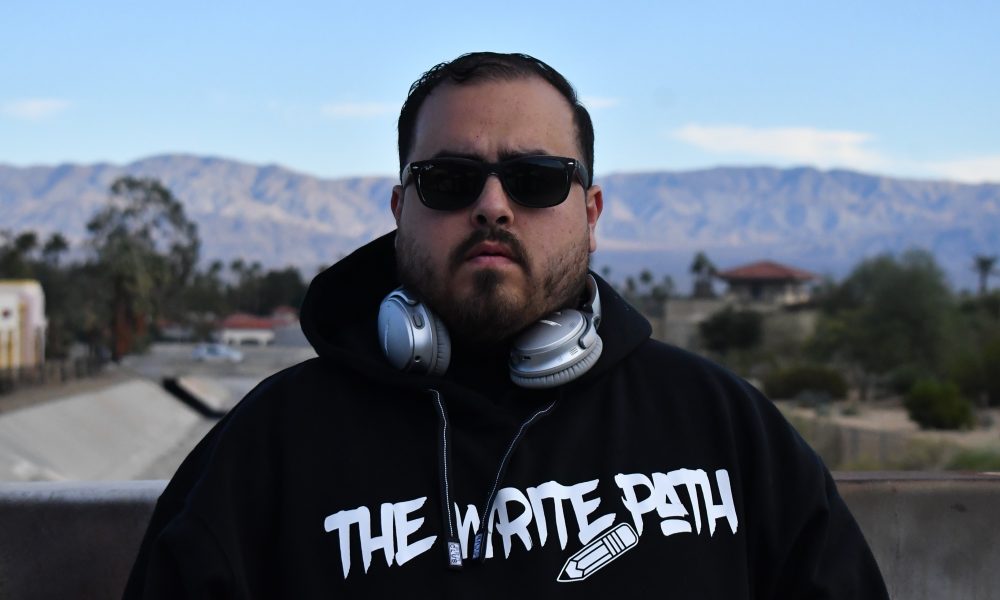 Today we’d like to introduce you to Juan Fajardo.

Hip Hop Artist Juan Carlos Fajardo Jr., aka “Xpression” hails from Indio, California, home of the iconic ‘Coachella’ Music Festival. His development as an MC began at the young age of ten when he would rap verses from the Bible as a means to memorize his required scriptures at the Christian school he attended. It was at that time he began his first efforts at songwriting and was presented with the Creativity Award in Elementary and High School for his original songs and his live performances. His first recordings were in his very own “studio”; a webcam mic and his mom’s computer in a closet in their apartment. He has been perfecting his craft for 16 years and now at age 28, is ready to take the music industry by storm. Best known for his lyricism, his peers have nicknamed him the “Mexican Eminem”. Rapid-fire spitting, genuine storytelling, and lyrical wordplay are what set him apart. He delivers relevant messages about his personal life experiences and struggles as well as societal realities. He is versatile, audacious, and provocative; daring to say what others won’t. He is the self-proclaimed “Hannibal Lecter” of Hip Hop. He’s on the grind. After seeing the film, Straight Outta Compton, Xpression, was inspired to take his music to the next level. He relentlessly pursued connections with industry folks who could give him some direction. He eventually got attention from Co-founder of Ruthless Records, Jerry Heller, who reviewed some of his music videos and was seemingly impressed. Jerry directed him to Grammy Award Nominee, Producer: Ronnie King to create a song worthy of going to the top. Sadly, Jerry died before the song was completed. (RIP, Jerry.)

Since then, Ronnie and Xpression have some projects in the works. He has completed a record with legendary artist “Mellow Man Ace” for their single “What You Want”. Followed up by “To the Top” featuring “Kxng Crooked” aka “Crooked I” and collaborations with other hiphop music icons such as “Bizzy Bone”, “Cyhi The Prynce”, “Cassidy”, “King Los”, “Jag”, “Chino Xl”, “Bizarre of “D12”, “Locksmith”, “The Grouch”, “Zion I”, “Kid Vishis”, “Don Michael Jr”, “Derrek Wright” (Baby EZ), “Castro Escobar” and More. All of these artists will be featured on Xpression’s new upcoming album “The Write Path” and is set to drop on September 19, 2019. Back in March 2019 Xpression was featured on hit single “Indio” by famous actor and recording artist “Peter Dante” the music video went viral in hometown community reaching over 100,000 views on social media platforms. Xpression’s single “Powerful” is featured on “Back 2 da Streetz Volume 1” by Gaimchang3r Entertainment, and his single, “Cryptic” will be featured on “Back 2 da Streetz, Volume 2”. His promotional album “Mr. Zozo” was released January 2016 and has shown great promise since. Xpression aims to impact the community by supporting local and national organizations. He has volunteered for the Alzheimer’s Association, American Foundation for Suicide Prevention, Gilda’s Club Desert Cities an affiliate of the Cancer Community, and the Desert AIDS Project, bringing awareness to these important causes.

In 2016, Xpression submitted some artistic works to the Riverside County Mental Health Arts Contest and was awarded “Honorable Mention” for his song/poem “Optimistic”. Most recently, Xpression was invited by NWA promoter, Douglas Young, to be part of the “Envisioning” Focus Group for the upcoming Universal Hip Hop Museum set to open in the Bronx, NY. Working alongside legends in the Hip Hop game: Kurtis Blow, Cli-N-Tel, Krayzie Bone, Rocky Bucano, Lonzo Williams, Atron Gregory, Nasty Nes, Mellow Man Ace, Paradise Gray, Disco Daddy, JRo of the Alkoholiks, Tomica Wright, Silky D, DJ Young1 among many others, It’s mission is to preserve the Hip Hop Culture: past, present, and future. He intends to continue to contribute his efforts for the UHHM as well as efforts for a West Coast Hip Hop Museum. When he’s not songwriting or rapping, Xpression works as a photographer and videographer and developing his “Kryptic” clothing line and music label “Kryptic Reign Music”.

Can you talk to us a bit about the challenges and lessons you’ve learned along the way. Looking back would you say it’s been easy or smooth in retrospect?
Hasn’t always been a smooth road. I’ve struggled with major depression as a result of my bipolar disorder. Been homeless and down in the dumbs but never gave up. I stayed optimistic through it all.

Thanks – so what else should our readers know about your work and what you’re currently focused on?
I’m a music artist, songwriter, and author. I’ve written a poetry book called “The Write Path to Creative Self-Xpression” It’s a very special project to me and one of the things I’m most proud of I collaborated on the book with my mother Angelica Guajardo who is a Psycho-therapist in the mental health field. In the book, I share a lot of my personal life experiences, struggles with depression, and my bipolar disorder through deeply moving poetry. The book has worksheets for the reader to participate in the activities that were created by my mother to encourage self-growth and healing to those who wish to participate in them. I think what sets me apart from others in the music industry is I truly care more about the message I’m putting into my craft rather than just trying to gain profit from it. For me, it’s not always about the fancy cars or clothes or how many records I’m selling. I truly try to hold myself at a certain standard when it comes to my music because I wanna be remembered for the real deep inspiring content I put out not something that has no impact on people’s lives. I have a deep passion for music especially hiphop the stuff I love to do is the type of stuff that only comes from the heart. Don’t get me wrong though, I can write about anything being an artist and songwriter, I have to be able to write about any topic when asked to do so if it’s for another artist I’m writing for. But the image I like to hold for myself is something strong and powerful.

Are there any important lessons you’ve learned that you can share with us?
With success comes sacrifice in every aspect. 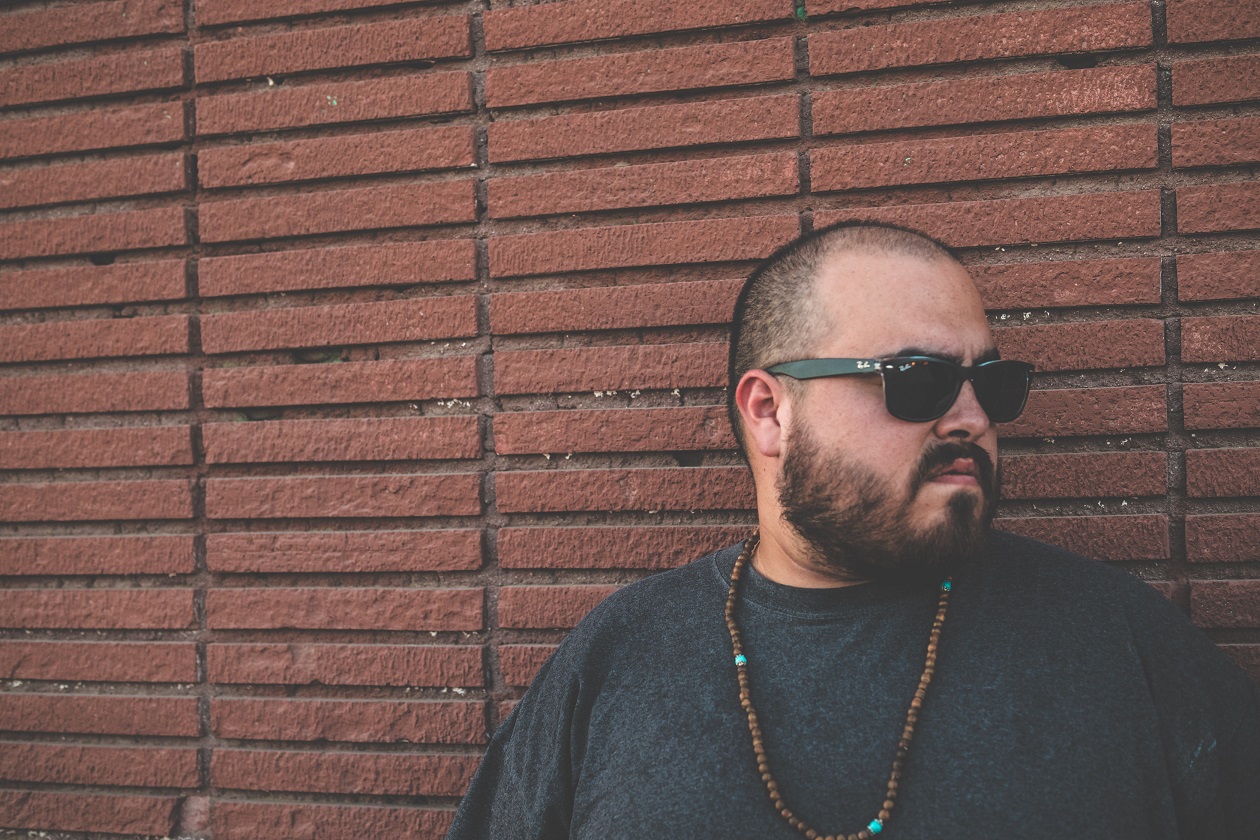 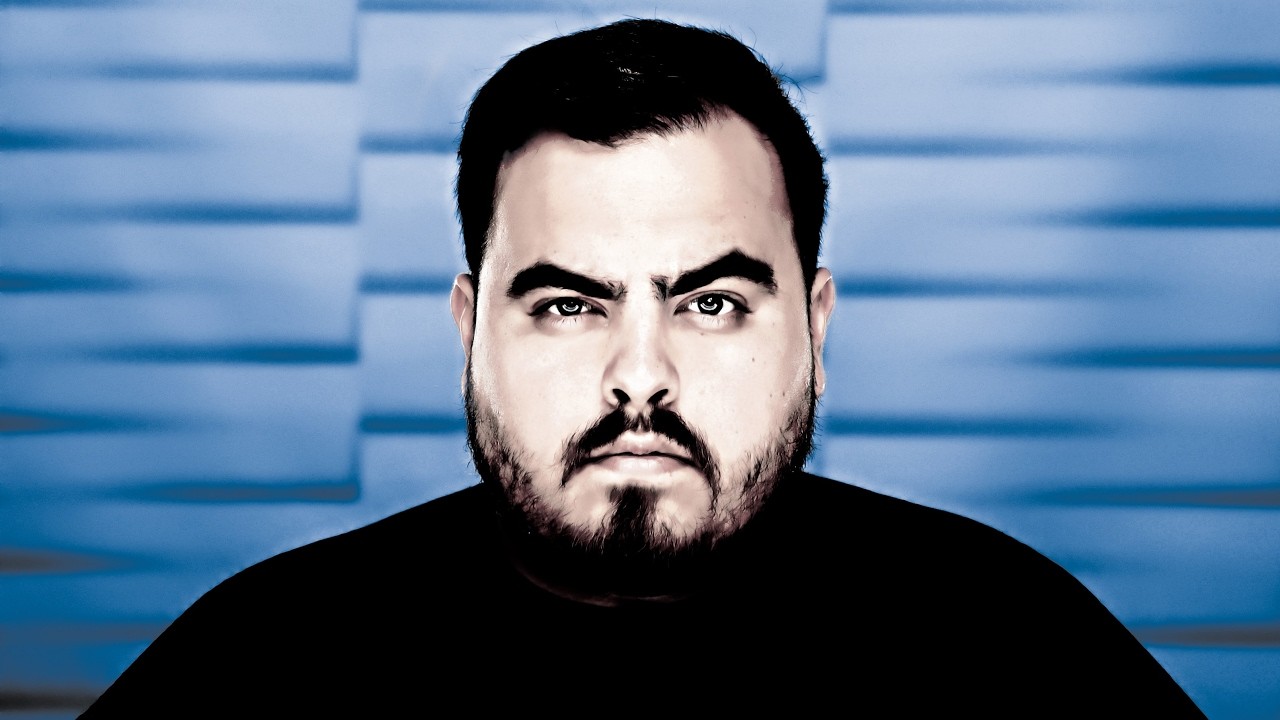 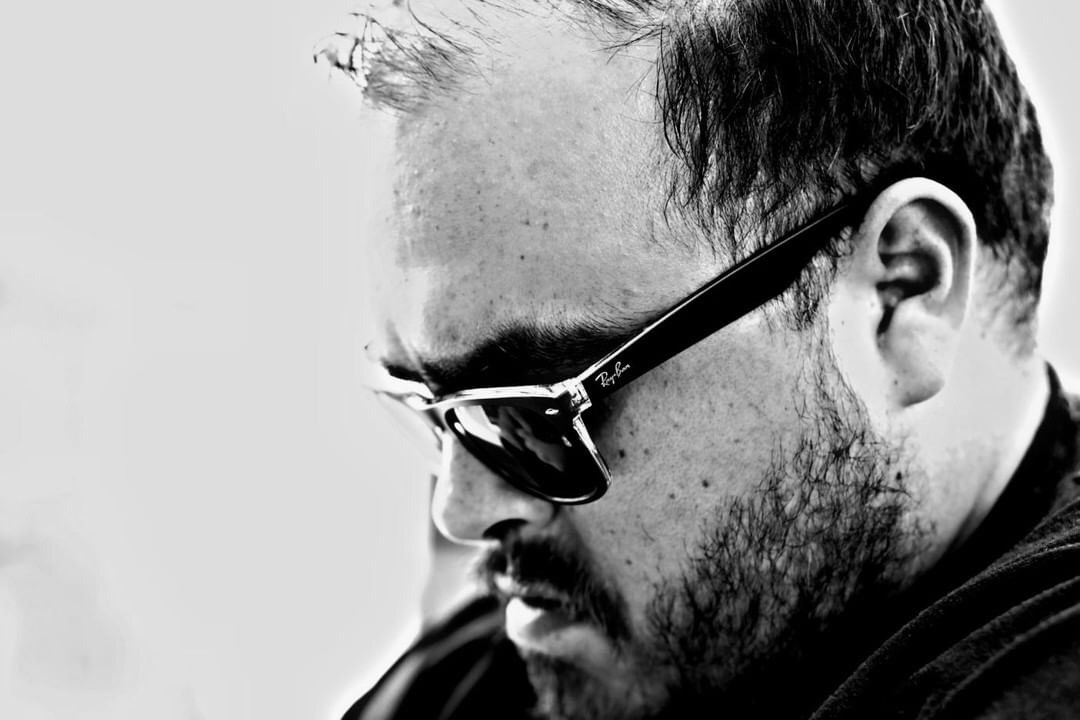 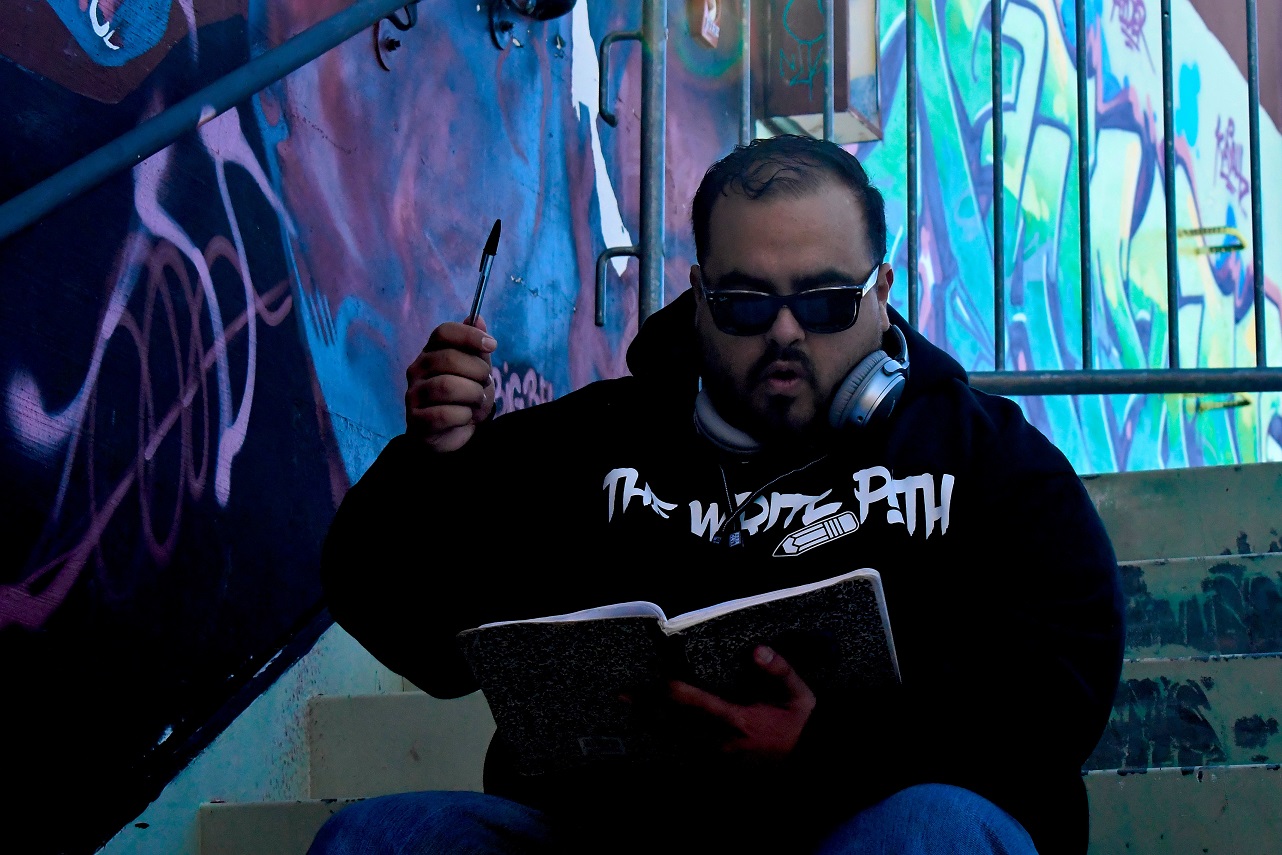 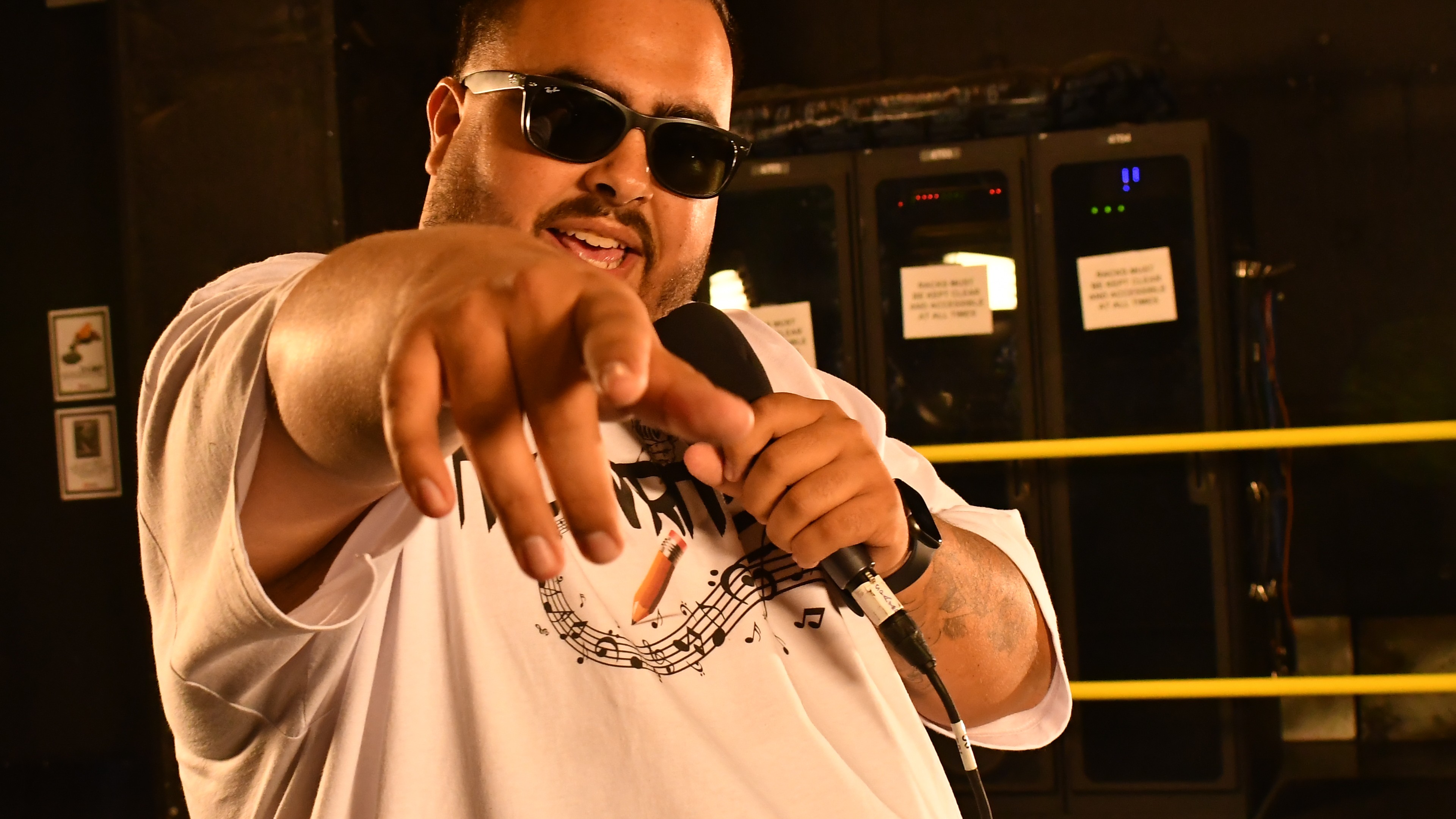