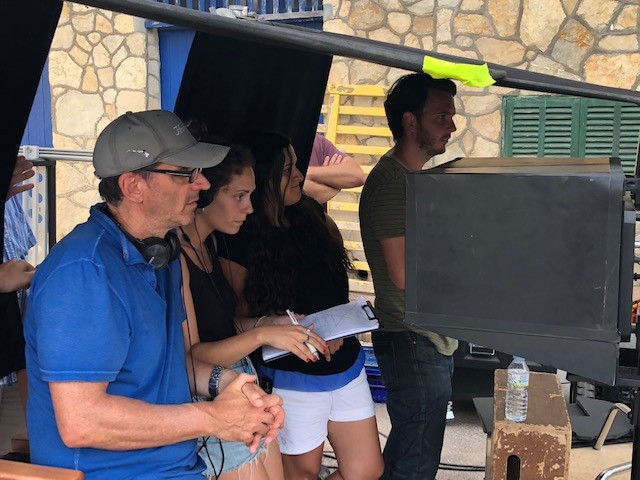 Today we’d like to introduce you to Gabriela Revilla Lugo.

Hi Gabriela, it’s an honor to have you on the platform. Thanks for taking the time to share your story with us – to start maybe you can share some of your backstory with our readers?
I came to the country undocumented with my mother. We lived in Texas for several years while she tried to be a student and work multiple jobs including one at the 7-11, which I thought was cool until she wouldn’t give me free slurpees. We lived with my grandparents and my uncle in a small house and life was pretty quiet and simple. Eventually, it became safer to go back home to Nicaragua and at this point nearly a teenager, I had become so much more Americanized and had a hard time adapting. I had even forgotten a lot of my Spanish and had to re-learn the language and general societal norms. I didn’t grow up with a father until my mom met my dad who adopted me when I was fifteen, so I had a difficult time making sense of family. That exploration of the concept led me to write from a very young age, but I had no idea that was a job you got paid for. When my mom married my dad and they moved us back to the states in Virginia, I felt pressure to get a good immigrant job and make them proud, so I decided I would study to become a lawyer.

I went to college to fulfill that desire and studied history, but the more I read, the more I wanted to be a storyteller and had no idea how that would even begin to translate into a career of any kind. I got an internship (and a job) at the same place my last summer of college, it was a music venue called Nissan Pavilion at the time. I worked my ass off there learning concert production and met really incredible bands from all over the world. At the end of the shows they would all sit around and tell stories. Eventually, I lied to my parents and told them I didn’t get into law school so I could begin to figure out how to fulfill this seemingly impossible dream. As luck would have it I moved to New York and one of my first jobs there was working for Martin Short on his Broadway show, FAME BECOMES ME. There I helped Marty book all of the guests, we had eight shows a week so we needed a guest for every single one of those. I would write up all the research copy on the guests and Marty would add it into his jokes. It was the first time I really got to see craft up close. When our run on Broadway was over, I got offered a job at MTV which I thought was going to be more of a development gig or that it would grow to that, but it was just a booking job and made me frankly miserable. I kept trying to get a job in TV but the writers’ strike was in full swing and the only job I could get at the time, in proximity to writing, was as an executive on the Wendy Williams Show. That could be its own separate interview, but I’m proud of the work I did there and my contributions to the show.

After my time there was up, I decided I HAD to pursue my dreams and moved out to Los Angeles to make movies. I did just that. I made a lot of terrible shorts, then terrible features and eventually made good shorts, like Damien Chazelle’s Whiplash short that got into Sundance and then made much better features like The Tribes of Palos Verdes with Jennifer Garner or Burden starring Forest Whitaker and Garrett Hedlund which I produced with my dear friend, Robbie Brenner. That led to other opportunities but the whole time I kept writing, I got into the Fox Writers Program and eventually Disneys’ Writing Program. Around the same time, my kid had a heart condition and I had to focus on that and I started to believe that this was never going to happen, that maybe no one would ever see me as a writer, just as a producer for hire, so I had all but given up, at least publically. Then I made Palm Springs and things really started to change. Yes people still saw me as a producer, but now I was on the producing team of a hit feature. That led to another film I got to produce with Ted Melfi who also directed it, called The Starling and I thought okay, I guess just kiss that writing dream goodbye, but then I got the opportunity to staff on A MILLION LITTLE THINGS on ABC and everything changed. Suddenly I had reps calling and production companies wanting to look at scripts that they had already passed on. It really did change seemingly overnight, well overnight fifteen years in the making.

I’m sure you wouldn’t say it’s been obstacle free, but so far would you say the journey have been a fairly smooth road?
It has not been a smooth road at all. I’ve had a lot of false starts and a lot of “almosts” that just didn’t happen. I’ve had features that I put together myself fall apart and lose financing at the last minute. It’s been rough, but now it opened a lot of doors for me when I was done with A Million Little things” and now I’m excited to explore other opportunities with Disney and other networks as well. I also recently sold my first feature and that announcement from the studio should be coming out this year.

Thanks – so what else should our readers know about your work and what you’re currently focused on?
I have several projects in development that I’m really excited about, but mostly just happy that people are finally shopping for what I’m selling. On the TV side, that’s typically 1/2 hour dramas with comedic elements in the vein of The Great, Weeds, Fleabag — but through a Latino lens. I love writing about complex women who get themselves into trouble as they discover who they are and who their real friends and family are. I want to explore specific spaces that Latinos have been excluded from. We are so much more than our trauma and I want to make sure that we celebrate the things that make us who we are, not the things the tear us down. And I’m sort of genre-agnostic as long as it all comes from a place of character and that character is driving the story — whether it’s set in the world of racing, or of marriage counseling, or five minutes in the future.

If you had to, what characteristic of yours would you give the most credit to?
I think in the beginning, I used to think that I had to have all the answers and now I’m much better at asking for help, at saying “I don’t know the answer to that.” I used to pride myself on not letting anyone see me sweat and now I realize, as I get older, as my kids get older, that a mentality like that is not conducive to growth. So I’m working on asking for help more, on saying that I don’t know something and I’m in the process of figuring it out, on letting people see me sweat and struggle and not care if that affects how they see me. It’s also equally important to me that as I climb up that I bring my community with me. Latinos are incredible storytellers! It’s who we are as a culture! We have oral histories that are incredible in our various subcultures. We are such a giant mix of people of such different backgrounds and we need to lift each other up and help create opportunities for each other. I want to tell Latino and Latinx stories, to hire Latino & Latinx collaborators, to help bridge the gap between US born and Foreign born Latinx writers. We have so much to learn from each other and so much work to do to keep sending the elevator down with every floor you get to go up. I’m excited to keep growing with my community. 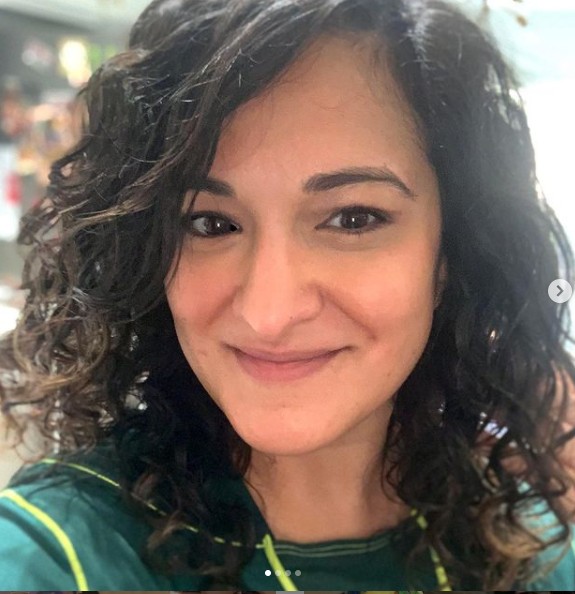 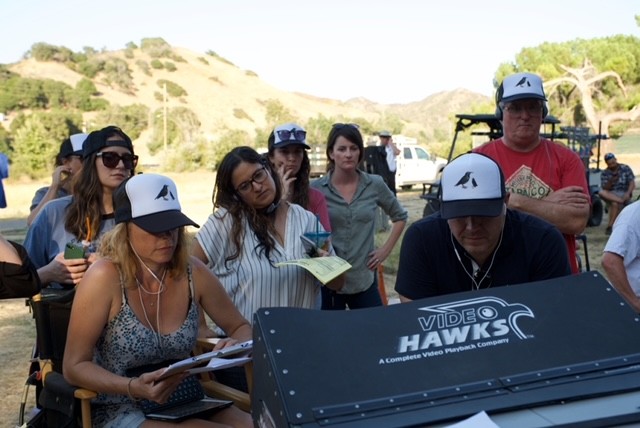