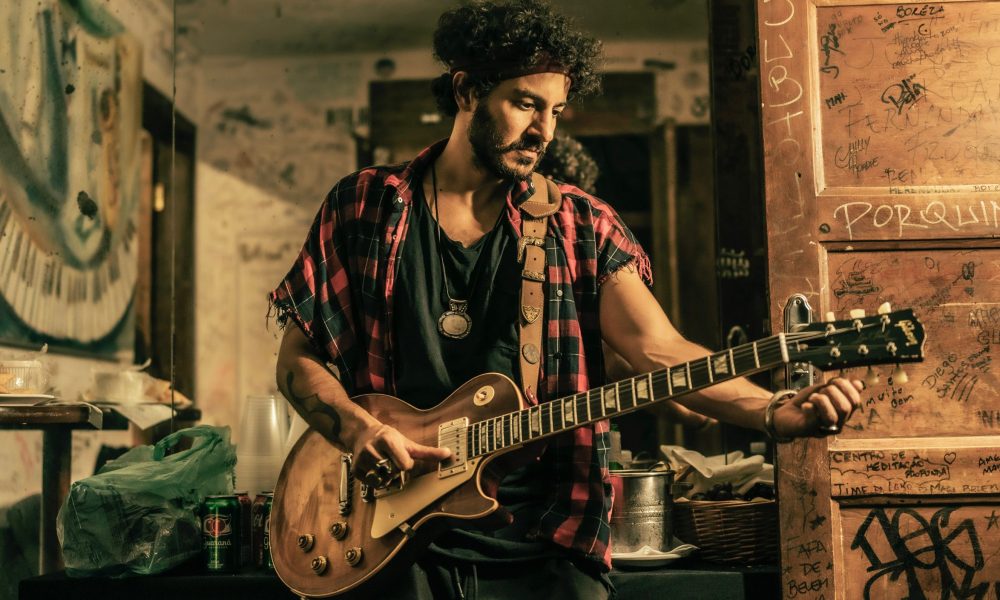 Today we’d like to introduce you to Artur Menezes. Them and their team share their story with us below:

Artur Menezes is taking the blues rock scene by storm! As a highly energetic guitarist, singer and songwriter, Art impress the crowds with his feeling and showmanship. Although very much influenced by blues, he crosses genres with psychedelic rock, funk and Brazilian rhythms such as “baião”, creating his own voice and sound, which has been attracting younger audiences and helping to keep the blues alive.

Based in Los Angeles, the Brazilian artist is making his name playing around US. His last album “Fading Away” was released on October 30th, 2020, through VizzTone Label Group. The album features Joe Bonamassa in one of the songs and it was produced by Josh Smith.

In 2021, Artur had a European tour and now in 2022, he had a tour in Brazil and an upcoming tour in Europe. He’s currently in the studio working on a new album. Artur got signed by a major label (to be announced).

In 2019, Artur performed at the Eric Clapton’s Crossroads Guitar Festival after winning the Grand Prize in a contest promoted by Ernie Ball.

He also won Gibson/Albert King Award for Best Guitarist by the Blues Foundation and scored 3rd place at the 2018 International Blues Challenge in Memphis.

In 2020, Artur Menezes got his Green Card granted by the US based on his recognition and efforts on promoting the Blues.

In 2017, Artur shared the stage with Joe Satriani in a festival in Brazil for a 20 thousand people audience. And recently, he started teaching guitar at the Musicians Institute in Hollywood, Los Angeles, CA.

Seven years ago, when he was still living in Brazil, Artur was the headline of numerous festivals. In 2014, headline at Augustibluus Festival in Estonia and played in clubs in UK. In 2015, he toured twice in Mexico and in 2013 in Argentina.

In 2012, Artur played the opening shows for Buddy Guy in his South American tour in Brazil.

As an educator, Artur teaches guitar at the Musicians Institute in Hollywood, CA and has online courses and masterclasses with TrueFire, JamPlay, JTC and Pickup Music.

Concerned about disseminating and expanding access to blues in Brazil, Artur was one of the founders of the society “Casa do Blues” (House Of Blues), which promotes weekly shows with free admissions, workshops and lectures about the Blues. He remained on the board of the project until early 2013.

Artur was a speaker at TEDx, an annual event licensed by TED (Technology, Entertainment, Design) in 2013, where personalities share their experiences and knowledge in presentations broadcast live on the Internet and later released on video, the TEDTalks accessible to billions of people worldwide.

Alright, so let’s dig a little deeper into the story – has it been an easy path overall and if not, what were the challenges you’ve had to overcome?
Ups and downs (thankfully way more ups!), but it’s not easy working as an artist coming from a foreign country. It’s hard to leave your family and friends behind and start all over again in another country. No matter how good you are, it’s really tough competing in the music industry with local artists that have years and years of networking. But I’m working hard and making my name. I’m also very proud and happy I got my Green Card through my achievements, it means a lot!

Can you tell our readers more about what you do and what you think sets you apart from others?
I’m a guitarist, singer, songwriter, producer and teacher. Mostly in the blues rock and indie rock territories. I’m proud of the way I think of music as an expression of what I think, of my emotions and feelings. I treat my music as art, not just technique execution. And I’m really proud of the inspiration and joy I’ve been spreading around the world. I’m thankful for all the tours I’ve been doing in Europe, US and South America.

Are there any apps, books, podcasts, blogs or other resources you think our readers should check out?
Power of Now, by Eckhart Tolle; The Four Agreements, by Don Miguel Ruiz; The Music Lesson, by Victor Wooten. 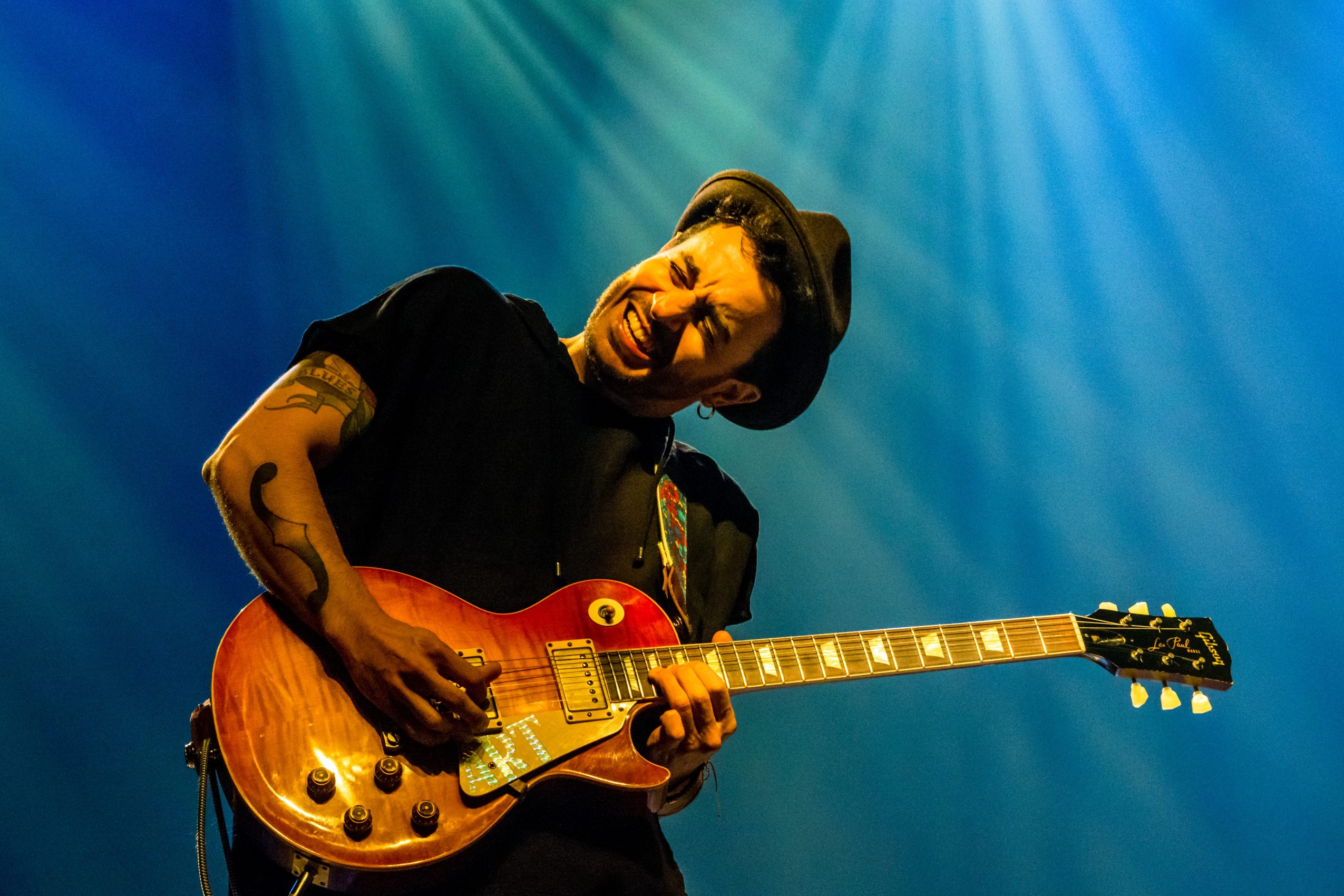 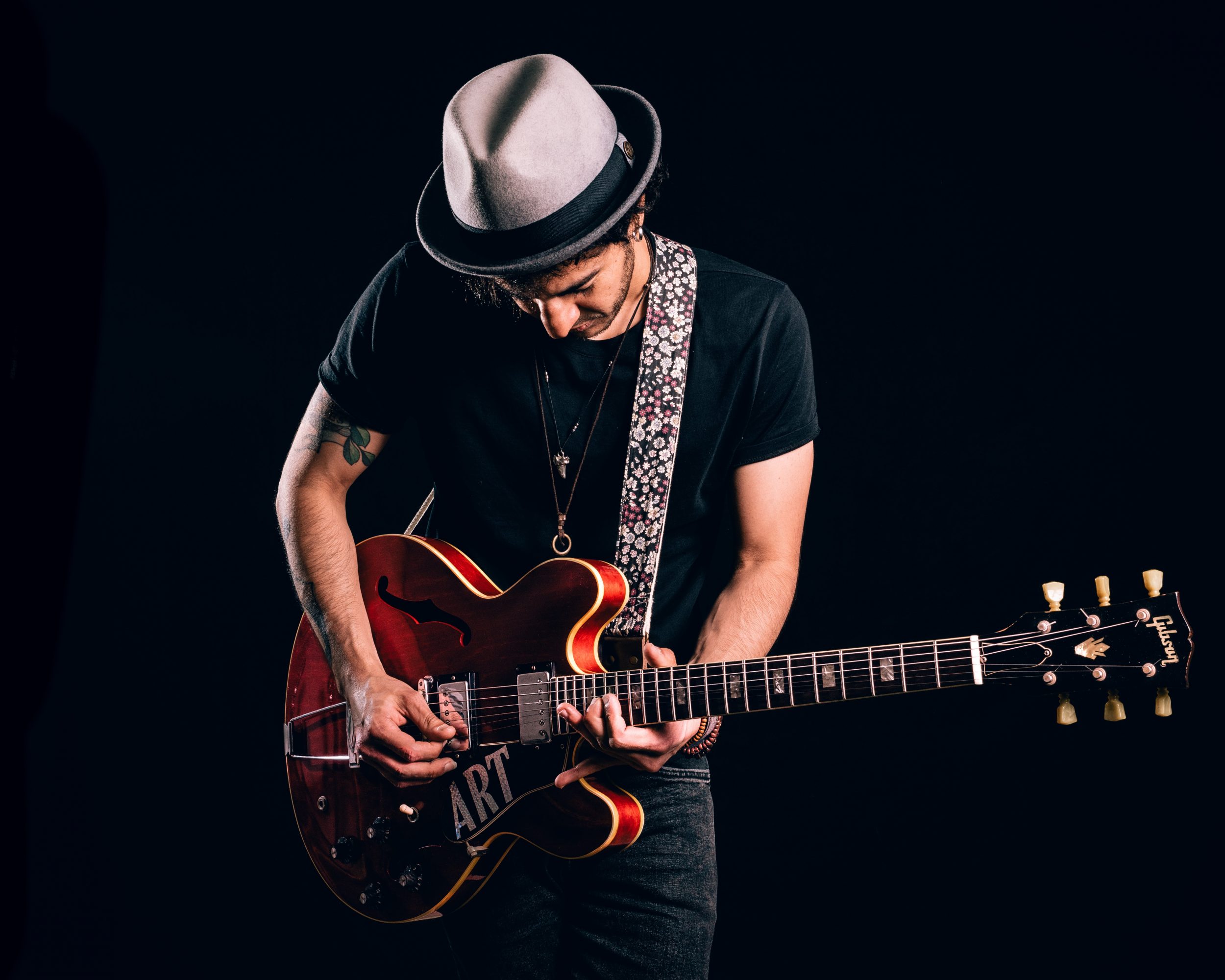 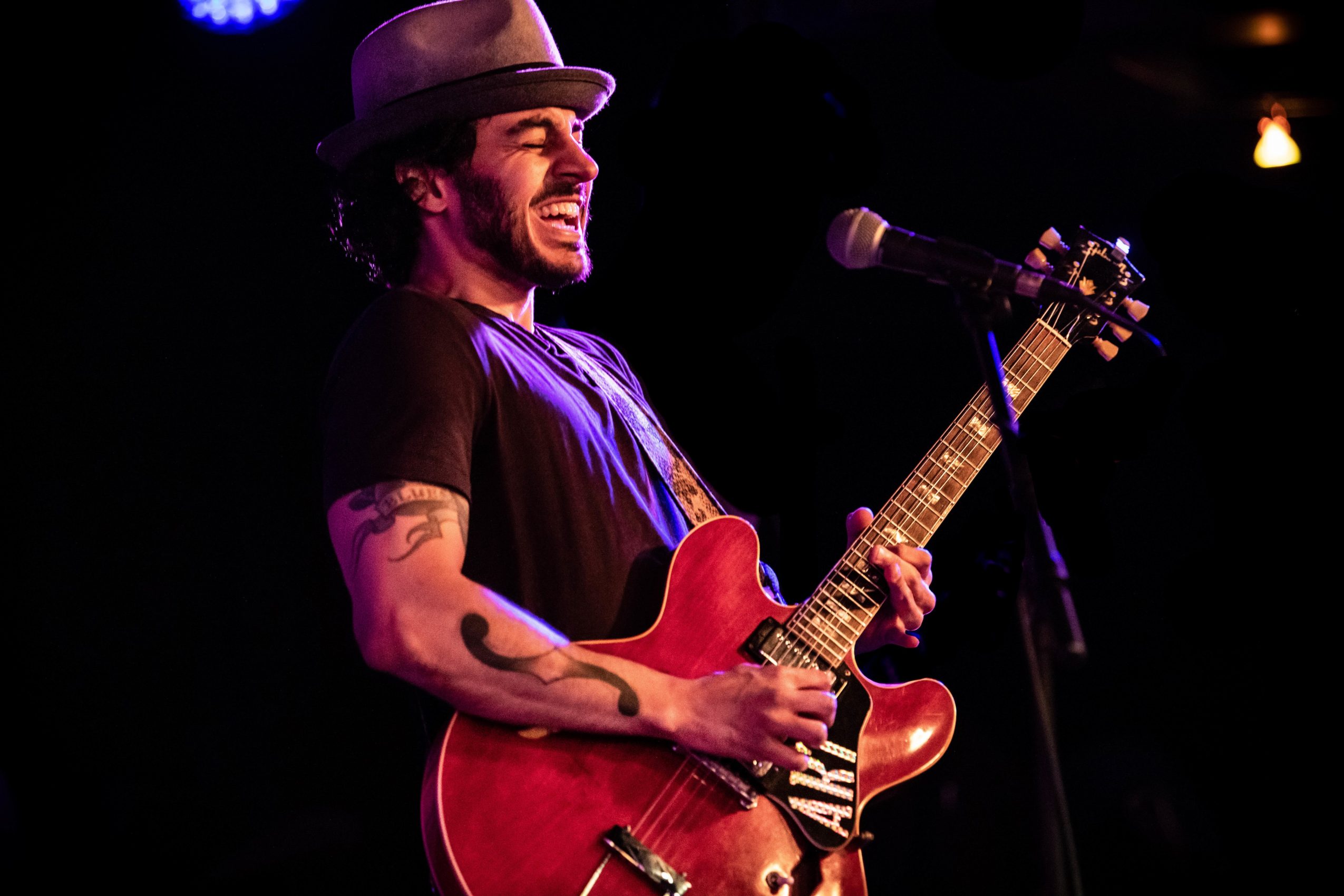 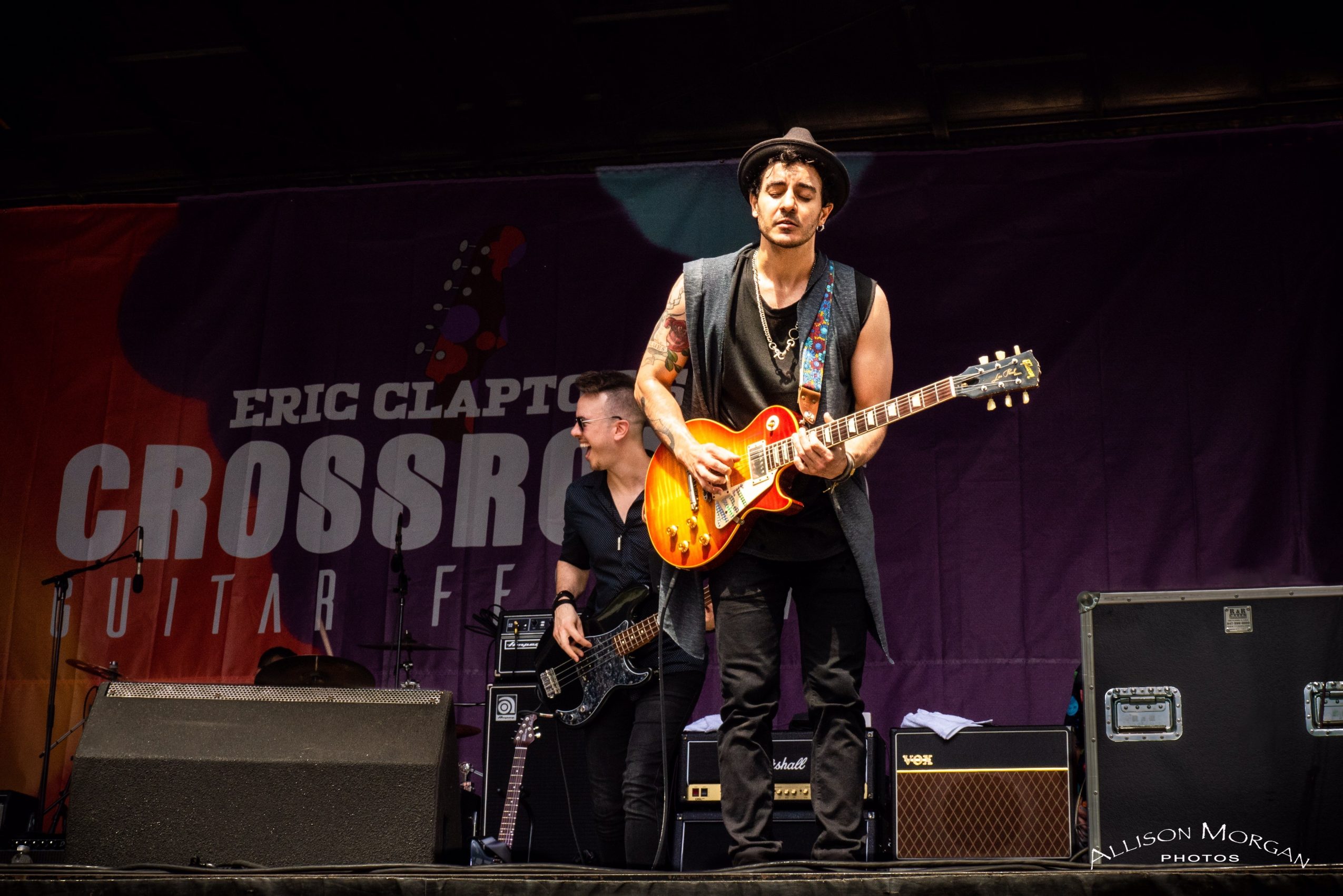 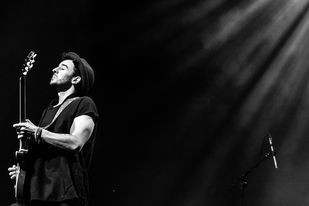