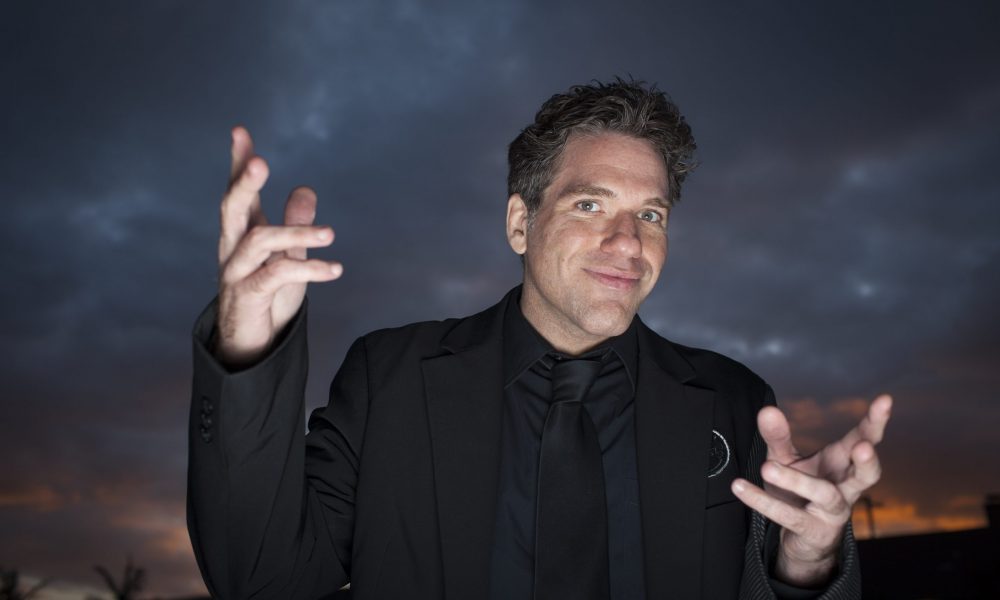 Today we’d like to introduce you to Zach Waldman.

Thanks for sharing your story with us Zach. So, let’s start at the beginning and we can move on from there.
I started out as a lonely, fat kid, full of anxiety in Miami, Florida. On the upside, my childhood was riddled with one tragedy after another. Sure, it makes for a lousy beginning, but it’s a good recipe for an interesting person. Actually, it’s the perfect formula for a career as a stand-up comedian and magician.

Magic is something I’ve done for as long as I can remember. I started getting my first paid gigs at private events as a teenager. I continued performing until about halfway through college when I decided I wanted to try stand-up comedy. I’d always loved it and finally wanted to take the plunge.

My first time attempting stand-up was in Orlando, FL at The Comedy Zone. I was horrible, so of course I quit magic to pursue comedy full time.

After graduating from the University of Central Florida, I worked on The Howard Stern Show in New York City. I got fired for streaking the show. It’s a long story (no pun intended).

Next, I moved to Chicago to do the improv thing. I developed quite a bit as a performer there, and after two years, was ready for a change in scenery.

I moved to Santa Monica on September 1st of 2000. I still live in the same apartment and will probably die here. It’s fine. I love it.

After about six years of not performing magic, I decided to return to the art. In 2001, I became a member and performer at The Magic Castle in Hollywood.

In addition to The Magic Castle, I perform straight stand-up comedy at clubs around town such as The Improv, Comedy Store, Flappers, and The Icehouse.

When I first moved here, I became the house magician at several bars and restaurants. This gave me a steady income and a way to market myself. Some of my regular spots were 14 Below, Ye Olde King’s Head, Paradise Cove, Crustacean, and many others. You can still see me at Busby’s West in Santa Monica every Friday night for happy hour. I’ve been the house magician there since about 2004.

Recently, I became the official magician for THC Design, which I’m particularly proud of. I’ve been doing cannabis themed magic and performing at industry events for the last 20 years. Now that it’s accepted, I see a lot of magicians trying to capitalize on it. Meanwhile, for years the magic community gave me a hard time over my association with cannabis. The point is, I get a lot of free weed now.

My career is in a great place at the moment. I’m able to work squeaky-clean, which is what’s required for the corporate market. However, I also perform at comedy clubs and private parties where I can be the dirty bastard I truly am. I have the best of both worlds.

We’re always bombarded by how great it is to pursue your passion, etc – but we’ve spoken with enough people to know that it’s not always easy. Overall, would you say things have been easy for you?
Life isn’t a smooth road, so of course there have been many challenges. However, through sheer force of will, I’ve managed to thrive.

Although there were several struggles, it was ultimately fear that played the biggest role in holding me back.

Fear lead me to making excuses for not doing what I should have been doing. Once I slayed that dragon, my business exploded and my happiness reached a level I didn’t know existed.

One of the things that helped me improve my life and face challenges was discovering 10th Planet Jiu-Jitsu. My instructor’s name is Eddie Bravo and our gym is in downtown L.A. I can’t recommend it enough.

I’m known in the magic world as the guy who does all of the celebrity parties. It started years ago when I worked as the house magician at Crustacean restaurant in Beverly Hills. I performed there for about eight years and developed many great relationships.

I perform close-up, sleight-of-hand magic, as well as a stand-up comedy, magic, and mind-reading stage show.

Whether you need entertainment for two people or 2,000 people, I’ve got a show for you.

When it comes to private parties, the events I work are typically high-end and include everything from weddings to birthdays to summer soirees.

Not many magicians are also stand-up comedians. I can blow people away with close up magic during the cocktail hour, and then go on stage and make the entire audience crack up laughing.

I pride myself on being insanely easy to work with. I do whatever it takes to make booking me simple and stress-free.

The compliment I most often hear is, “I don’t like magicians, but I like you.” Many people know what it’s like to be accosted at a party by a weird guy, in an even weirder outfit, with a deck of cards. What I provide is elegant sleight-of-hand magic; which can be done in a low key manner or big and loud.

My shows can be squeaky-clean or absolutely filthy. It’s always up to the client.

I’m most proud of the relationships I’ve built over the years. Yes, they’re great clients, but many of them have become close friends.

Lastly, everything I do for my clients is customized. No two shows of mine are exactly alike.

Has luck played a meaningful role in your life and business?
I think I’m the luckiest person on the planet. Other kids with my childhood end up drug addicts, in prison, or dead at a young age. For whatever reason, I managed to get everything I needed right when I needed it. I went to the right schools, made the right friends, found the right mentors, discovered the right books, and ultimately got help from the right people.

Just being born is winning the cosmic lottery. Being born in the U.S.A., healthy, surrounded by people I love, and making a great living entertaining people, all adds up to an exceptional amount of good luck.

Bad luck is great too because it teaches you to take personal responsibility, even for the things you can’t control. 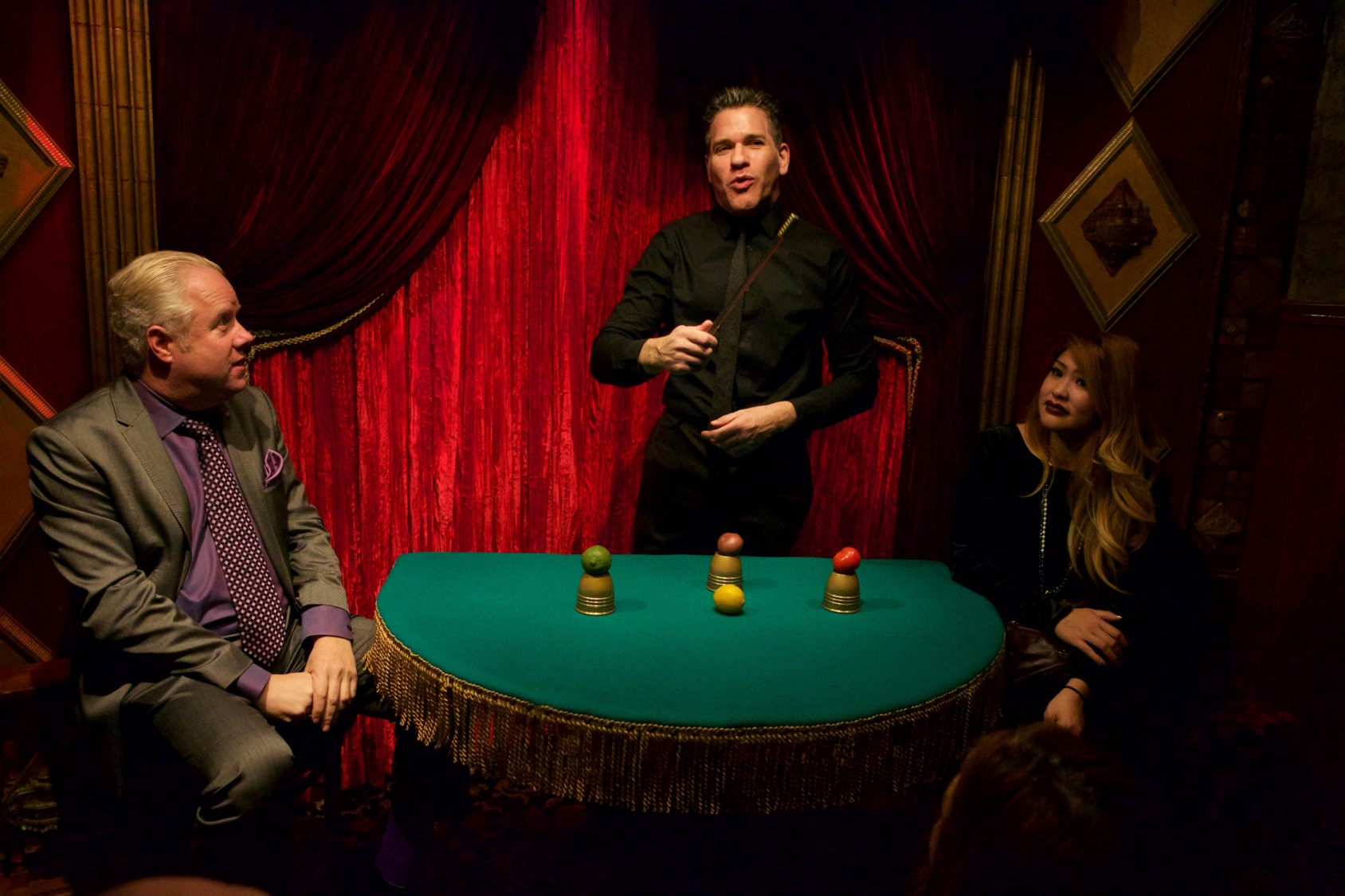 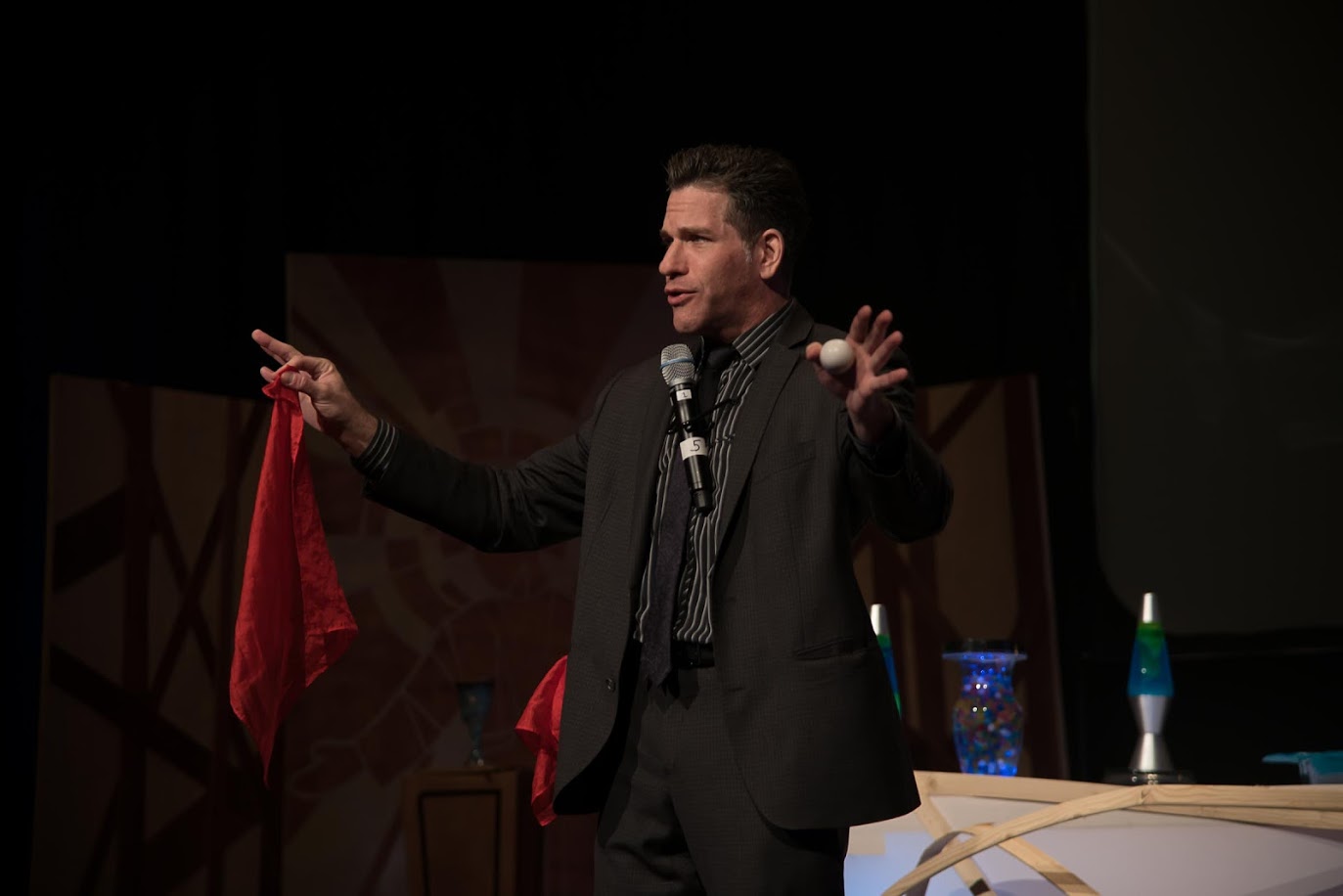 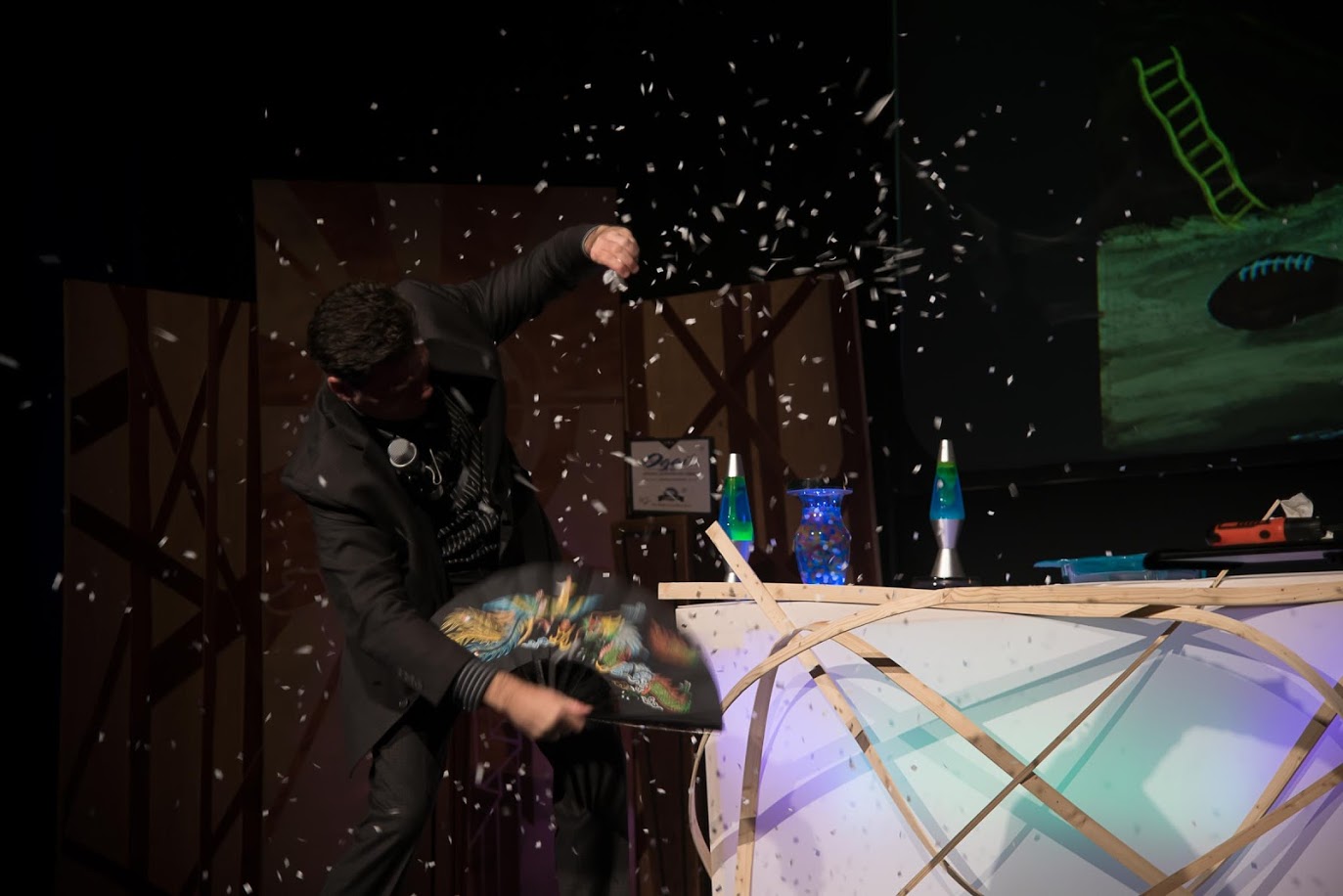 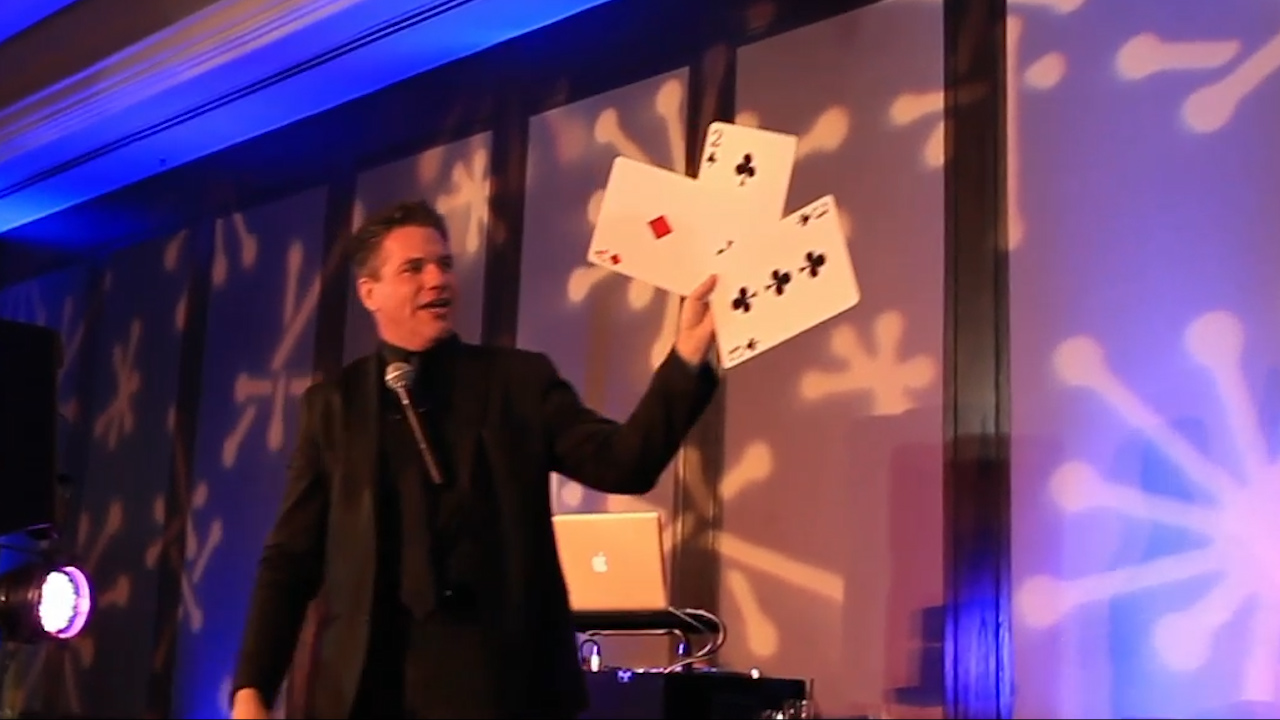 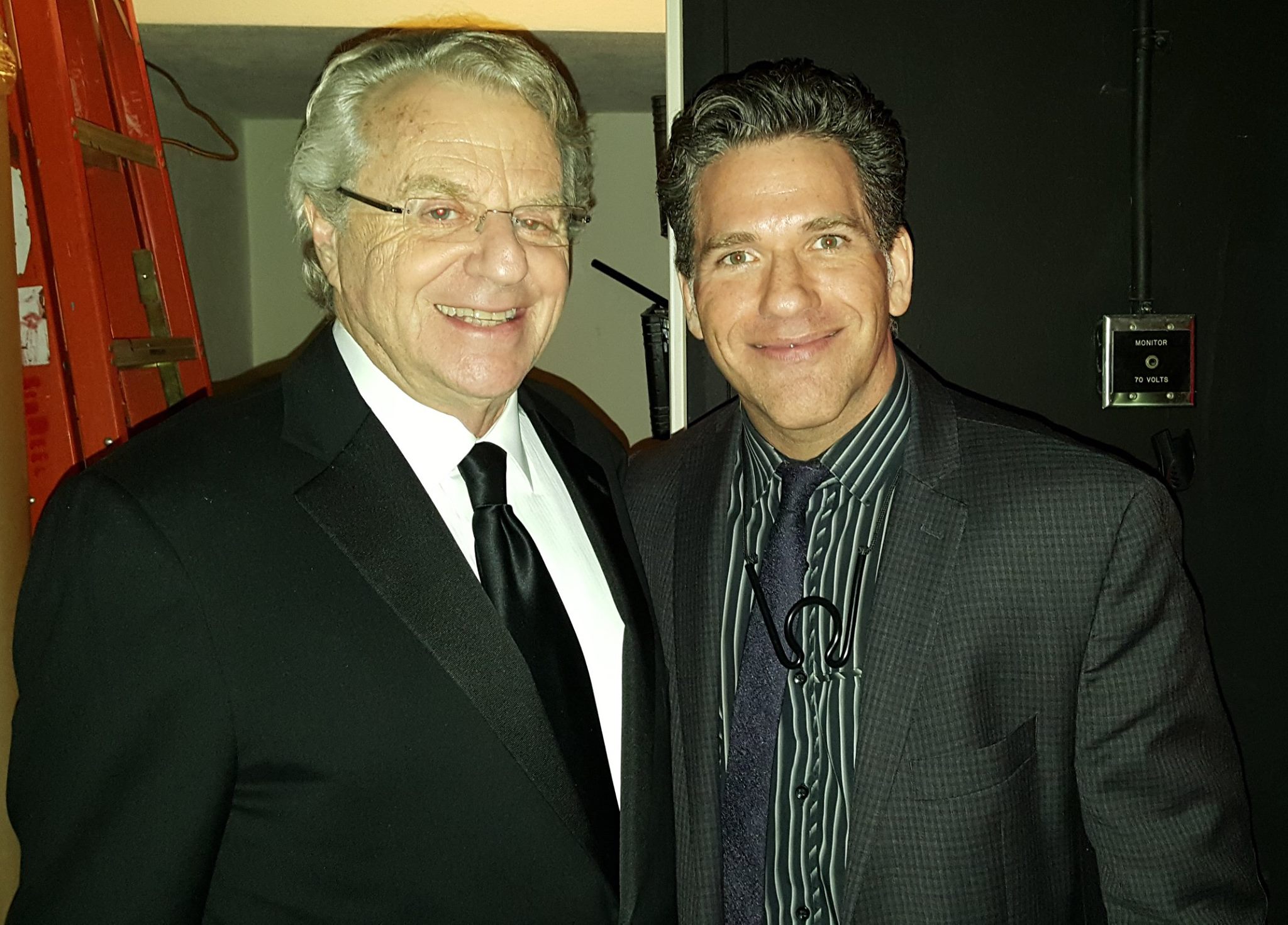 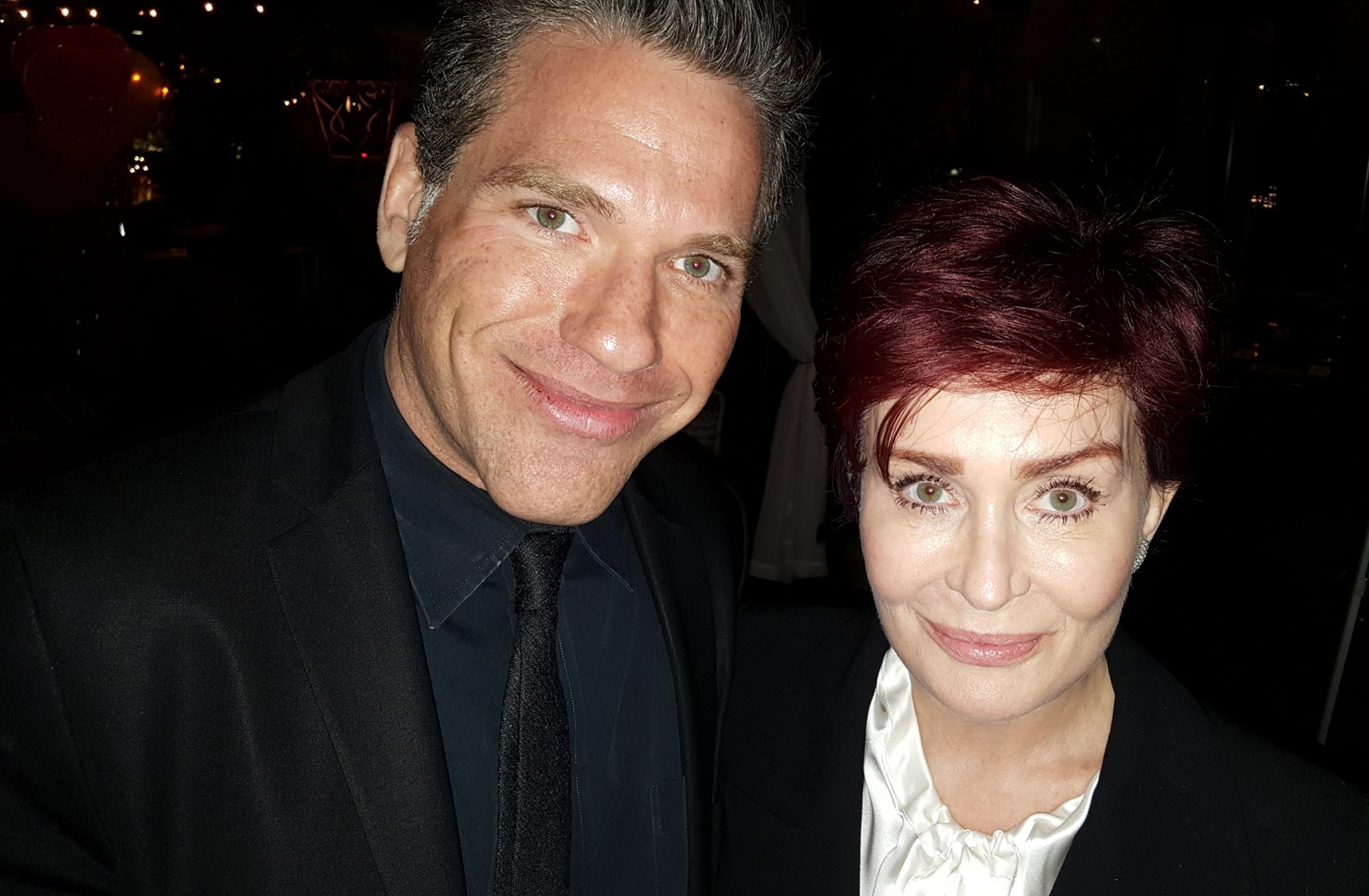 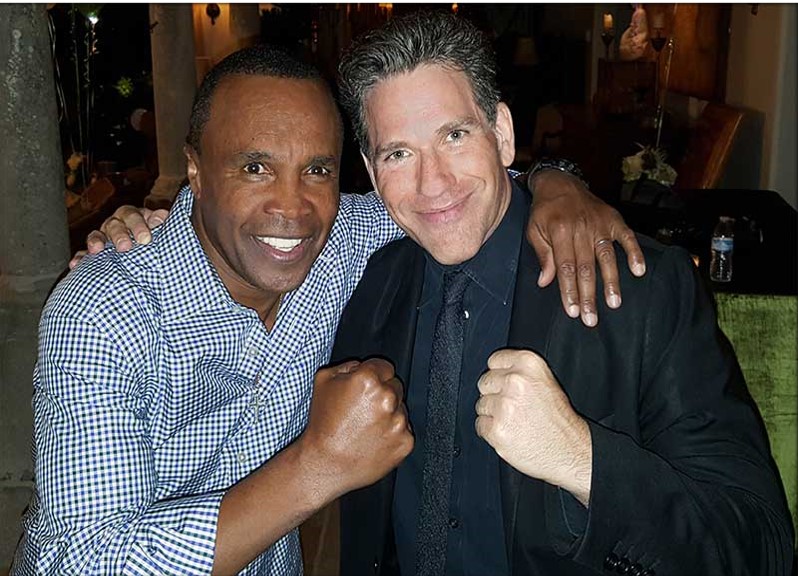 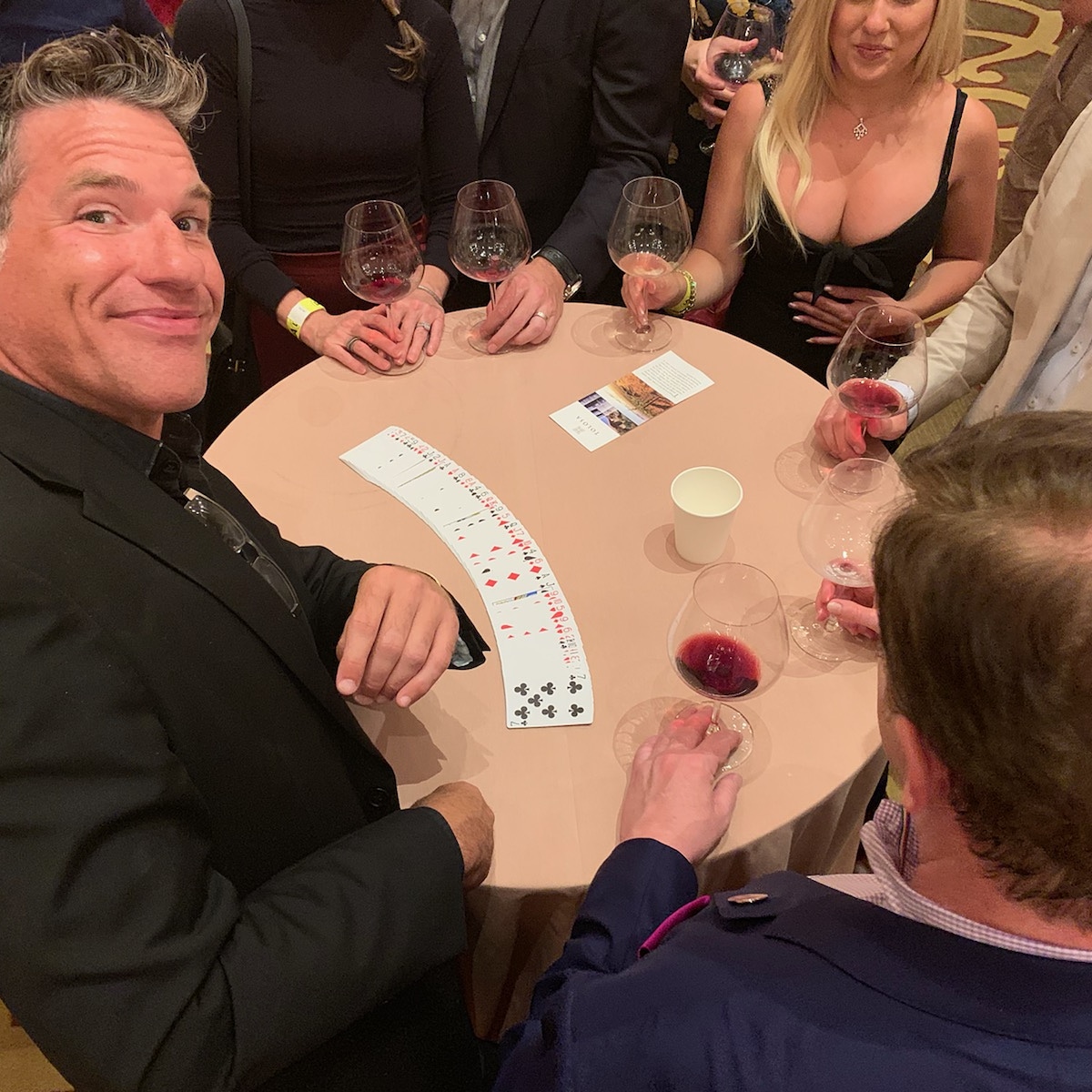