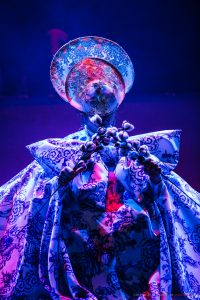 Thanks for sharing your story with us Yozmit. So, let’s start at the beginning, and we can move on from there.
I am a singer, an artist. My mother was a singer, a frustrated one. She wanted to be a singer, but in 1950s Korea, being a female singer was almost equal to being a prostitute in a social hierarchy that was a very conservative, Confucian. She often sang in a jazz club in the American army base secretly after school. When her brother found out, he came to her gig and dragged her offstage, beating her in the process.

He took her back home saying that her action was a shame to the family name. Shortly after her high school graduation, she married my father and became a housewife, and a few years later, I was born. My family moved to Los Angeles from Seoul, Korea in 1989. My biggest reason for relocating was because I was taught in the university that homosexuality is a mental sickness and it had to be treated at the mental hospital.

Back then, my family had a chance to move to The States, and we were in the process of getting the petition come through. The shock of getting to know about the glimpse of my identity and social understanding of it in Korea made me persuade my parents to move to America as soon as possible. I started my education as a fashion designer upon my family’s relocation and started to work in the industry after graduation.

I always knew I was creative, but my family couldn’t afford expensive art training in Korea. I chose fashion because it was a creative field and also I could make money quickly after school because survival played a great role in my family of an immigrant. I liked creating fashion, but I was always interested in wearing my own creations to show in front of the audience or clients rather than designing for other people’s need.

At the end of my fashion career in LA, I started to style for Korean pop artists. This made me end my career as a fashion designer and move back to Korea to start a new career as a pop singer. After a year in Seoul, without much progress in cutting an album, my producer was physically abusive, conflicts arose due to disagreements with production companies over artistic direction, and people were uncomfortable with my gender identity.

I had to come back to LA. But I realized that I still wanted to be a performer and that I had to carry on with my music. Having to work in the fashion industry again to make a living was very difficult, but this time I had a sense of purpose. I was working full time, and at night I spent my time producing music and taking various performing arts classes.

One of my friends suggested that I needed a teacher if I was serious with training—and that was when my artistic masters and their training came into my life: Corporeal mime, Modern Dance, Performance Theater work of Rachel Rosenthal and Traditional Korean Singing (Pansori) and Music (Gayageum Byungchang). I moved to NYC 2007, and I started creating work incorporating these tools I gathered for 20 years along with my experience in fashion.

Since 2012, in addition to conventional stage performances, I have endeavored to bring performance into public spaces such as hotels, clubs, retail stores, and various streets around the world to explore the concept of site-specific performance installations called “WALK” as a prayer to guide me to my highest possibilities. To me, walking is something very ordinary, but something very special, like the present moment – called life.

I am currently based in Los Angeles where everything started, working to complete my first solo studio album. I want to make my music my main driving force. I believe that all the other disciplines and experiments I have done in the past could support my process and structure. I am planning to gather a team of people to create a Music-Based Performance Art Show under the title of *DoYou*( see below ) which incorporates all the elements of past *DoYou* contents.

Another platform of connecting with my audience is through giving my artist workshop and lectures in the universities, art revues and festivals to find supporters and also team members to create a giant melting pot of collaborations. In addition to my work as an artist, I am an activist for HIV/AIDS prevention and transgender civil rights.

In 2010, I performed in Marina Abramović’s “The Artist is Present” at the Museum of Modern Art ( MoMA ), NYC. I performed at “LifeBall 2013” which is the biggest AIDS fundraising event in Europe held in Vienna, Austria. I was crowned as “The Queen of LifeBall” by Christian Louboutin and Harpers Bazaar for the performance.

In 2017, I was honored to receive the very first grant given to a transgender artist for the City of West Hollywood’s ”Transgender Initiative” for my award-winning self-produced show “DoYou: Migration of The Monarchs.” In 2018, the second *DO YOU* show “DoYou: Memoir’s of Promethean Sisters” a Multi-Media Site-Specific Performance Art Project interwoven with music-based storytelling was again funded by the City of West Hollywood as part of One City One Pride 2018.

Overall, has it been relatively smooth? If not, what were some of the struggles along the way?
I had many deaths of consciousness throughout the development as an artist. Almost every ten year period, I go through major changes: country of residence, career, life, and death experience or a boy to a girl. Almost like a hero’s journey or a shaman’s self-healing journey. Each moment of transition has been very painful and confusing.

My nature and interests drew me into many different forms of artistic discipline, so it took me a long time to attain a certain level of skill for each form. I also had a high standard to learn each thing to a professional level for me to use as a tool for my creation.

On the other hand, it was an advantage since I did not have the opportunity to get bored doing only one thing. I became very diligent and dynamic, learning to manage my project with multi-faceted problem-solving approach. I must admit that the biggest challenge was money and making a living while I was figuring out this longterm life project.

One of my recent challenges is collaboration and delegating work to others. Since I have been working alone for a long time, sometimes I find it hard to trust other people’s workability and also be able to communicate my needs effectively without hurting collaborator’s feeling.

I am getting much better at it now through the experience from completing many projects. Learning to collaborate was necessary to take my work to the next level to reach out to bigger audience for a bigger impact of my work.

We’d love to hear more about what you do.
I am a singer-songwriter, multi-disciplinary performance artist, costume designer, educator with the mindset of an entrepreneur. I incorporate my spiritual practice with my art practice along with along with my physical work. I embody the idea of balancing The Sacred Feminine and The Sacred Masculine to create a shift in my moment to moment way of being. I combine theater, dance, pop culture, fashion, gender identity, mythology, extraterrestrial and shamanism onto a single canvas.

I see my art as a simple form of research that helps define the unknown mysteries of my complex universe. I am known for my voice, my artistic self-image, and my physicality of being both feminine and masculine (Two-Spirit). I am interested in many different realms of subjects, and I make everything for my art and its related business which I feel that sets me apart from others. Every detail of the process has my attention and touch.

I wear many hats as my own creator, researcher, advisor, director, manager, assistant, administrator, producer, promoter, performer, seamstress, booker and so on. I try to do everything on my own first to have clarity about an idea or a concept and then I either delegate or collaborate with people to get help to make my vision more expanded and completed.

I place a great value on the process of my creation, using my teacher, Rachel Rosenthal’s technique “Doing by Doing”(DBD): One thing leads to another by taking one action at a time. When it comes to the style of development, I am a big fan of “Structured improvisation” by exploring Buddhist concept marriage between “Form and Formless.”

My work is transformation. To me, the discipline of creative process embodies and manifests transformation. In this way, my work has continuously transformed me and my “Self’. I believe that it creates the potential to transform others as well. Using the physicality and sensory functions of my own human body, in sound, vision, and movement I establish a tangible connection to the unseen, untouchable, unrecognizable realm.

Through my work and performance, I manifest this realm in seen, touchable, recognizable reality that all can experience and share. My art is about Self. I gave my artist-self the name Yozmit, meaning “Myth about one’s Self.” Tapping into my Higher Power – The Goddess, I channel and create a goddess named Yozmit in male form but containing both the Sacred Feminine and the Sacred Masculine.

Yozmit transcends gender but is a powerful, compassionate heroine who guides me to my highest potential beyond the limitation of a transgender Korean male. As Yozmit’s servant, agent, and caretaker I create a look, a costume, a song, situations, and public performances that channel Yozmit and spread her message of *DoYou*. *DoYou* means ‘Do’ing ‘You’ – a process of becoming fully self-realized and acting upon, is a mantra to shift power from conformity to individualism whilst embracing all that was, is and all that will be using the art as a tool of transformation.

What is *DoYou*?
1. Awareness Based Music, Performance Art, Fashion Campaign designed by Yozmit.
2. An act of holding a sincere curiosity to return home to one’s honest self and make an enthusiastic effort to discover the hidden treasures and sharing with family, friends, and neighbors using three powerful magic spells: ‘Do It Yourself,’ ‘Can you help me?’ and ‘How can I help you?’ - Yozmit
3. *DoYou* uses the imagery of ‘Divine Iconography,’ ‘Extraterrestrial’ infused with ‘Pop Iconography’ of contemporary stardom as vehicle for engagement towards our own self-discovery and self-actualization by spreading message of *DoYou*(=Realizing SELF) with the clear intention of reminding everyone that… WE ARE ALL *STAR SEEDS*!

What is “success” or “successful” for you?
Success is how much I enjoy each process of my creation and how many people I touched through my work. (How many people I inspired). 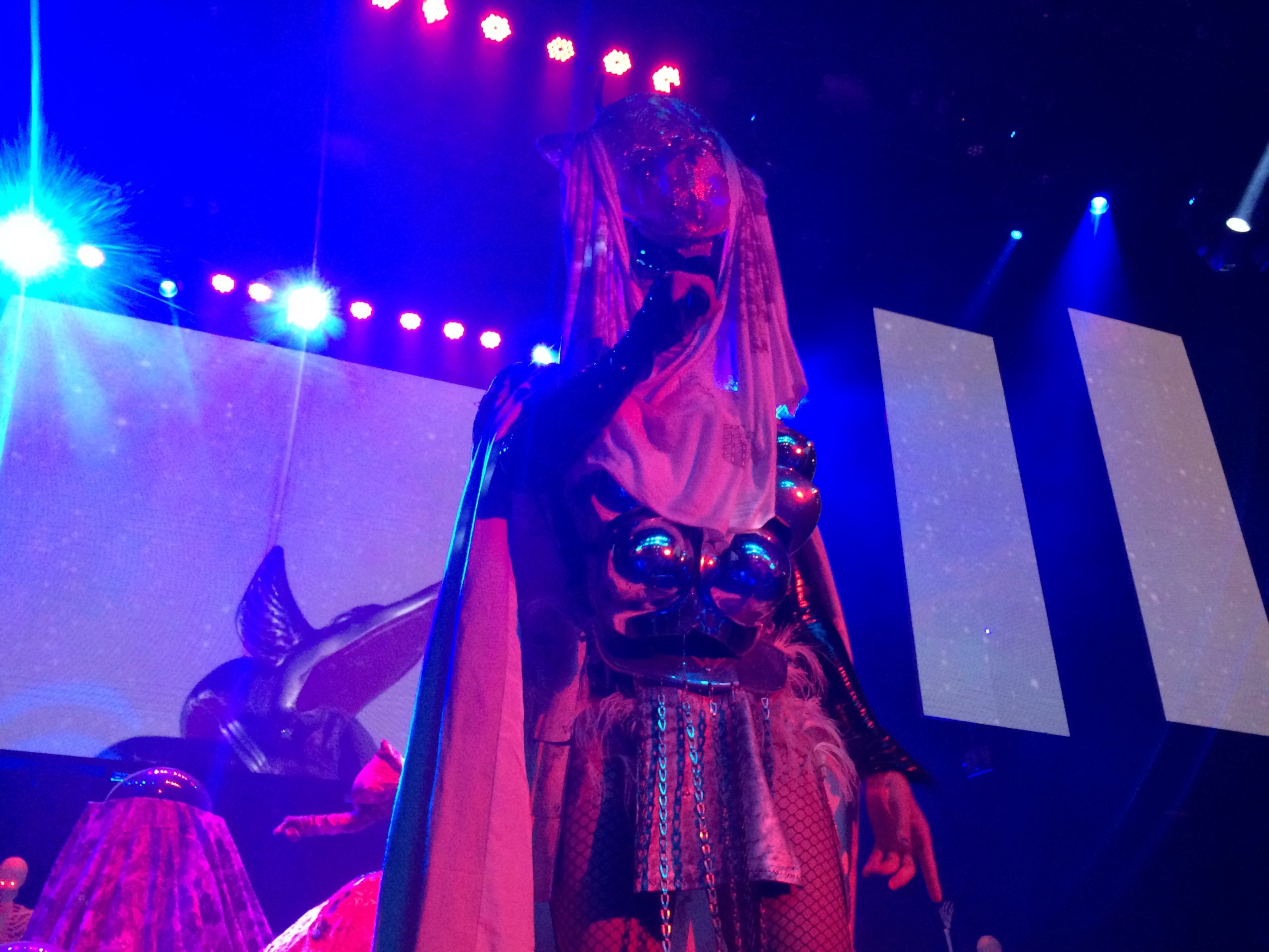 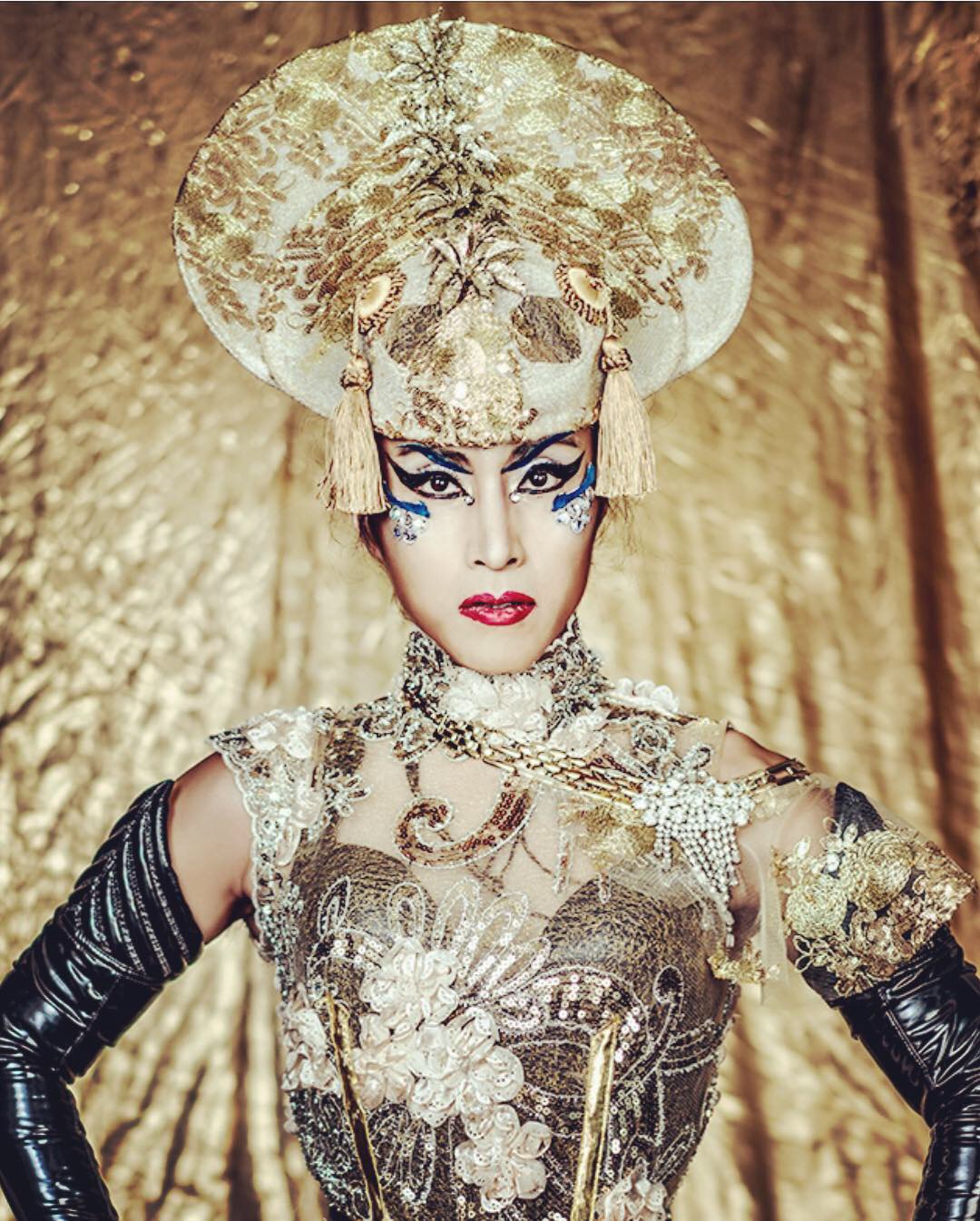 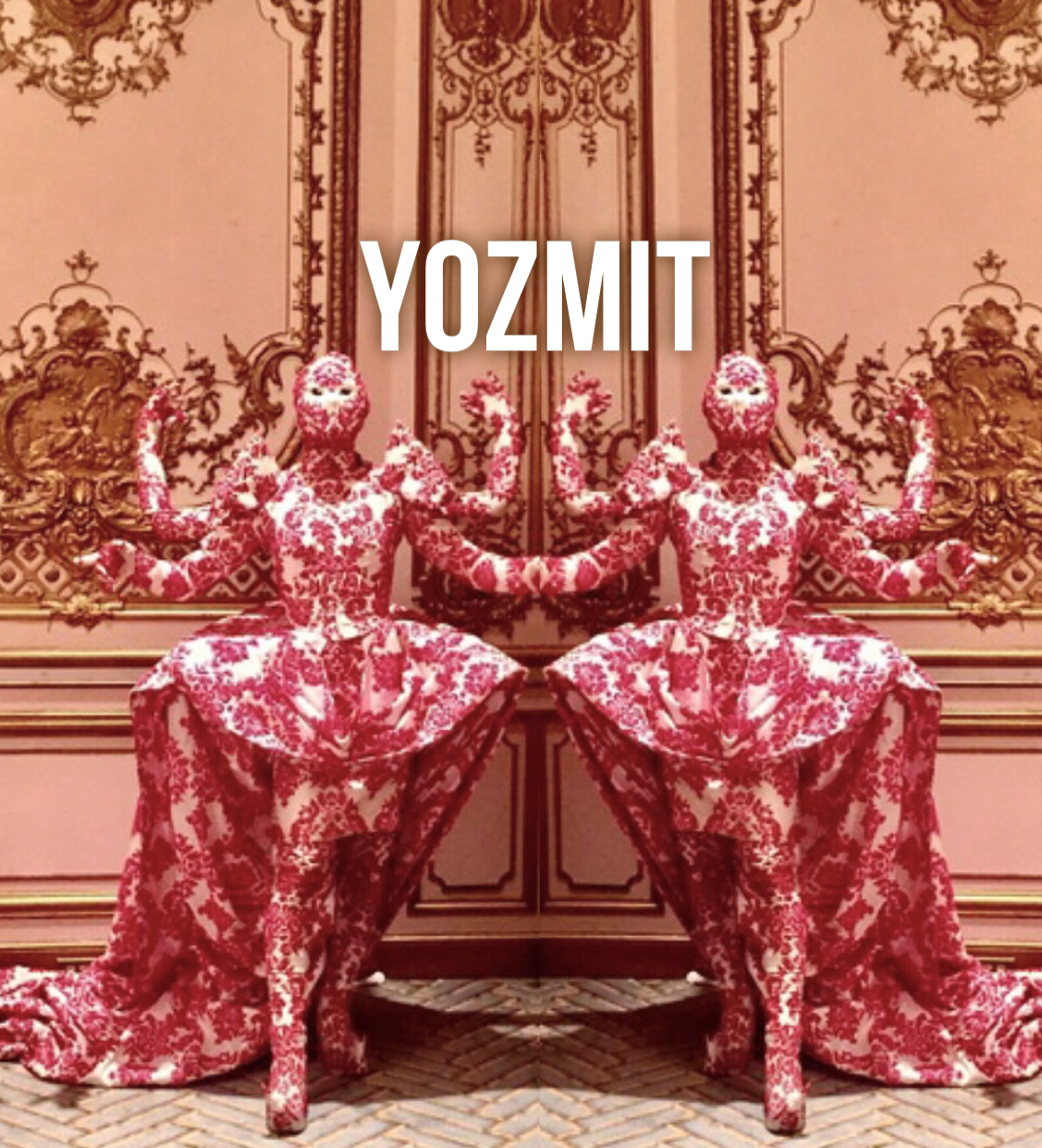 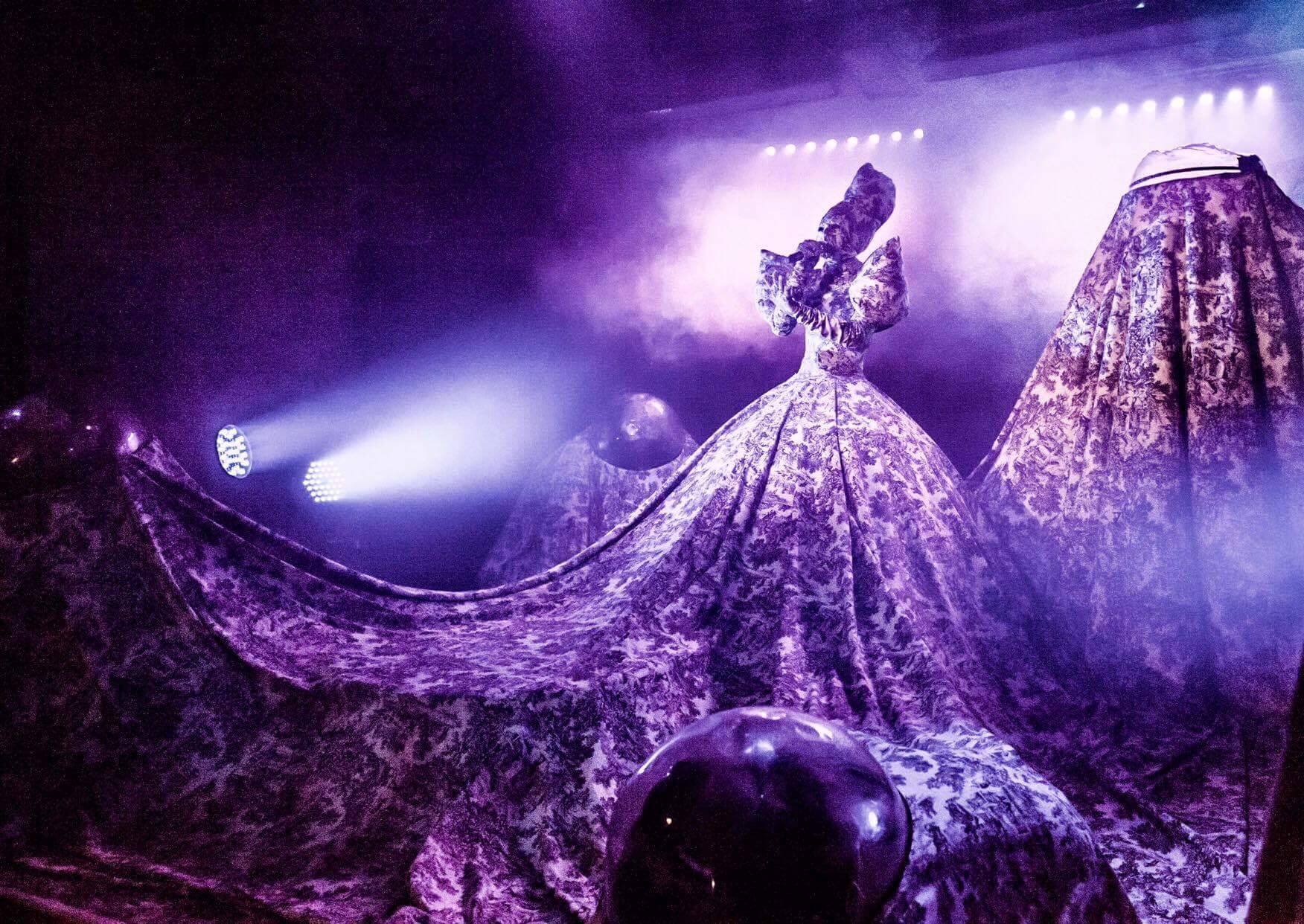