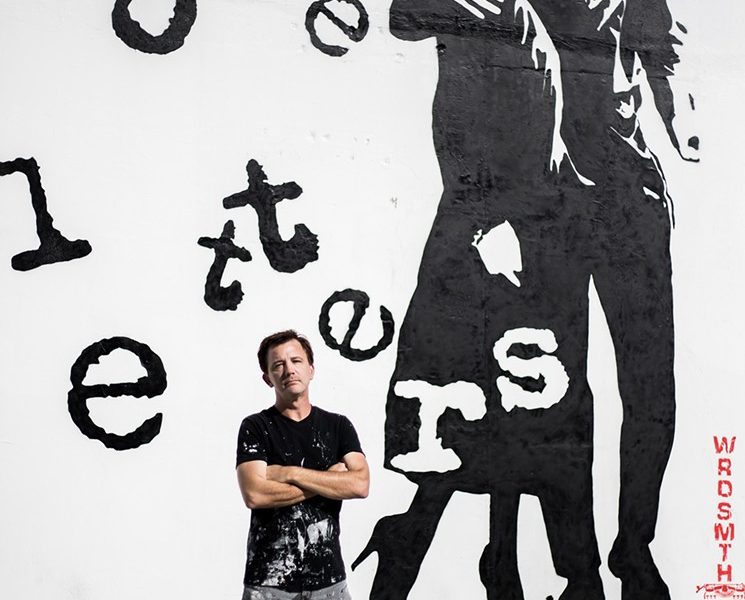 Wrdsmth, let’s start with your story. We’d love to hear how you got started and how the journey has been so far.
I am a writer — first and foremost. I always have been. Even as a kid, as I went from wanting to be an astronaut to a fireman to a teacher to Batman, I was writing about all those dreams and aspirations. And that’s what I learned over time — I just love to write. After school, I started a career in advertising. I was in Chicago and I thought that type of writing would satisfy. While I was really good at it and made a lot of money doing it, ultimately I realized I was not happy and was unfulfilled. That led me to Los Angeles. Yes, I am that cliche – I quit my job and told family and friends I was moving to LA to be a writer. Everyone thought I was crazy, but LA was good to me and even while I was struggling, I was so much happier — and that’s all that mattered to me. I wrote screenplays, short films, worked in documentary TV and wrote my first novel. I am a published author and I am very proud of that fact. If I wasn’t WRDSMTHing, I would definitely be writing my second or third book by now. But, I am WRDSMTHing and that’s what you’re asking about — how did that happen?

In 2013, I had a really good year creatively. However, that means I was spending a lot of time in front of the computer — too much time, actually. One day, I realized I needed an active hobby, but I knew it needed to be something that involved writing or I wouldn’t be content with it. It was a conundrum until I thought, “maybe I’ll do street art.” I have always loved and have long been inspired by street art, BUT I did not think I could do it. I thought superheroes did it. These pieces appear overnight on walls and rooftops and it always fascinated me. Needing an active hobby, though, I decided to do some word-based street art. The moment I started pondering that, I saw the image of the typewriter. At first, I thought I’d do stickers with an image of a typewriter with the words floating above. However, when I realized the typewriter could be spray painted with a stencil and that page could be wheatpasted, I got so excited about the idea that I had to Google if anyone had done it before. When I discovered no one had, I got over all my fear and thoughts of not being about to do street art and I just had to make the idea a reality. I dove into the pool and never looked back.

The act of doing street art was everything I was looking for. I felt energized and reinvigorated. And, I was having a lot of fun. After a few months, I started noticing that the WRDs were resonating with people and my following was starting to grow. The rest, as they say, is history…

Great, so let’s dig a little deeper into the story – has it been an easy path overall and if not, what were the challenges you’ve had to overcome?
It has been relatively smooth. I think doing it for myself and having so much fun with it helps fuel my creativity. The fact that what I am doing is resonating with so many people all over the world just adds more jet fuel to that creative fire.

Bottom line, I’m having a lot of fun doing this and any time you can make a living doing something you love, even the struggles are embraced.

Alright – so let’s talk business. Tell us about WRDSMTH – what should we know?
I am the LA-based street artist known as WRDSMTH. I aspire to inspire others on a daily basis with colorful and well-chosen words crafted into indelible thoughts and sentences that I tattoo onto walls all around the world.

Bottom line, I am proud of my work. I set out to spread positive and romantic messages from day one and while that action has spread far beyond Los Angeles, the vision has remained the same.

Is there a characteristic or quality that you feel is essential to success?
Fearlessness. I think any street artist has to have a lot of passion and gumption. The desire to spread a message and want to affect others has to be pretty substantial for any street artist to dance that line of legality and take the chances that he/she does on a daily/nightly basis. 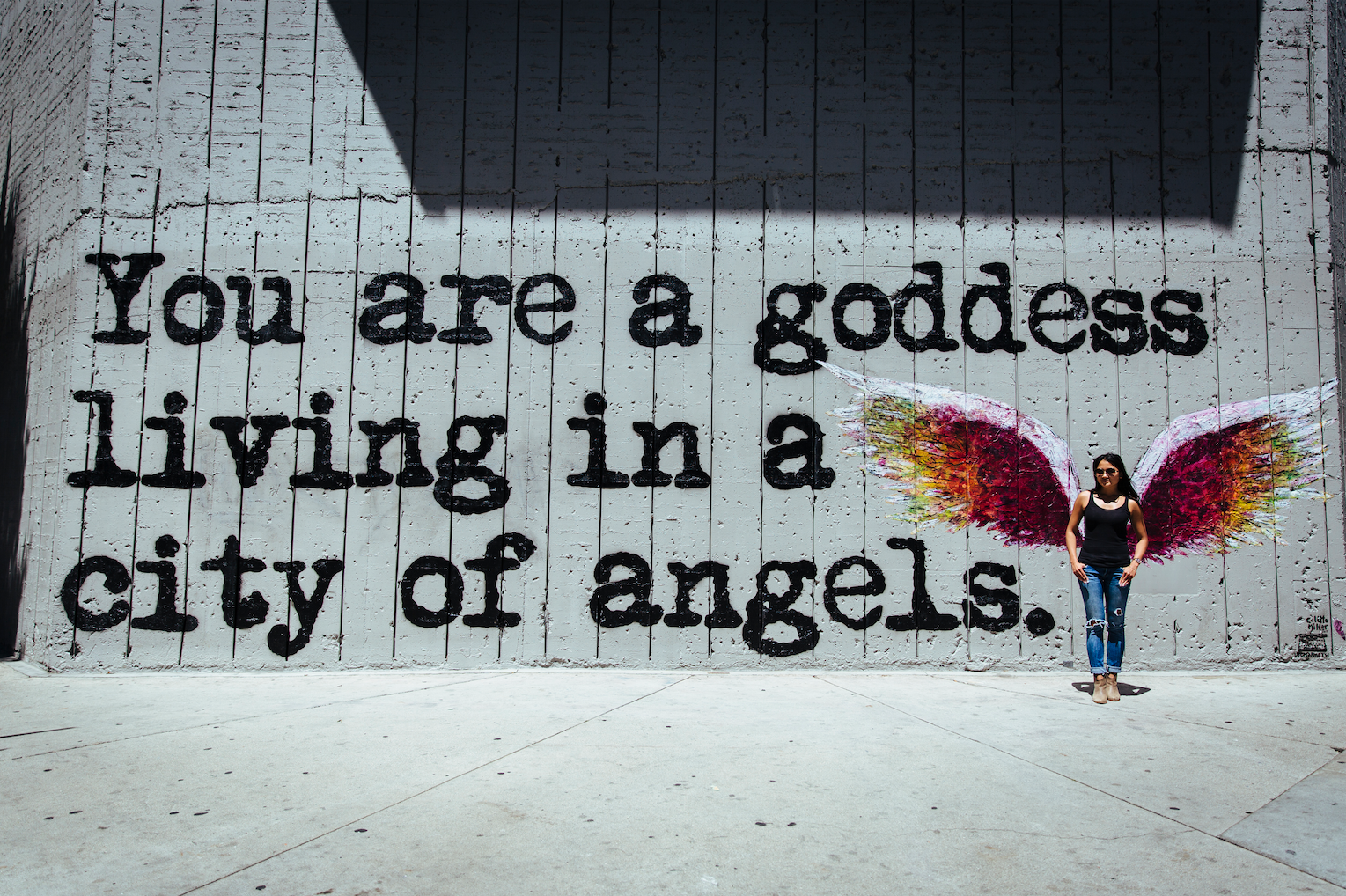 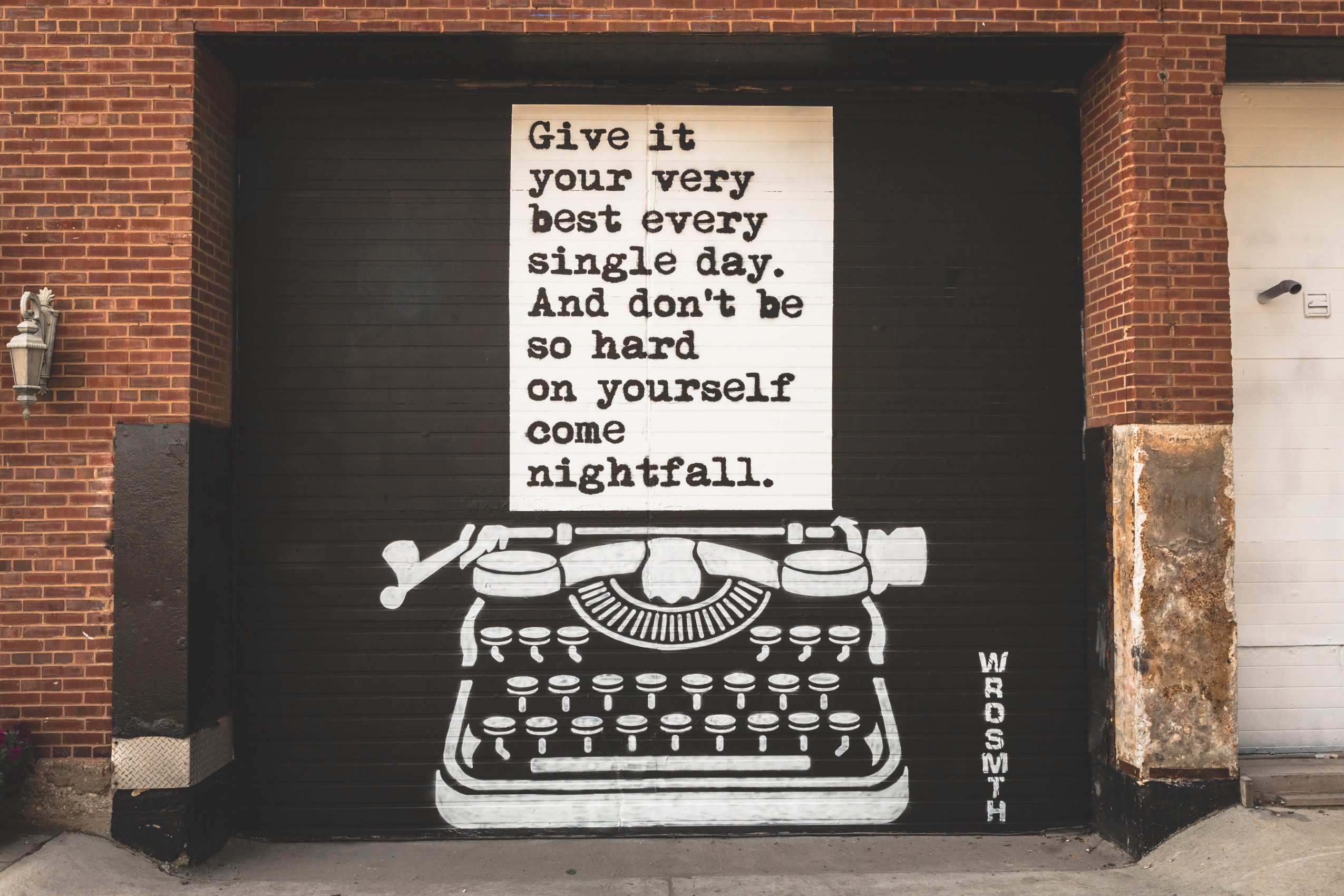 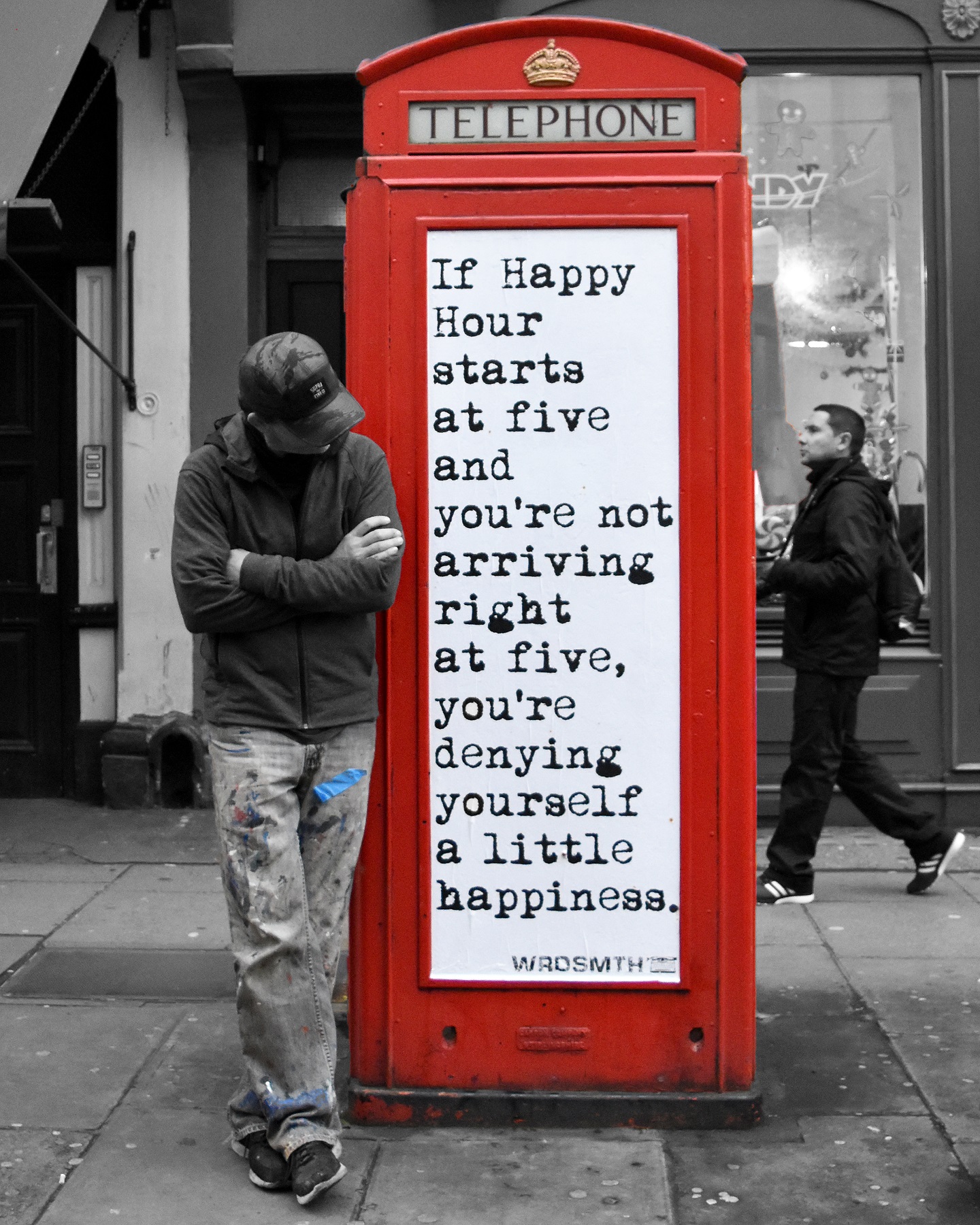 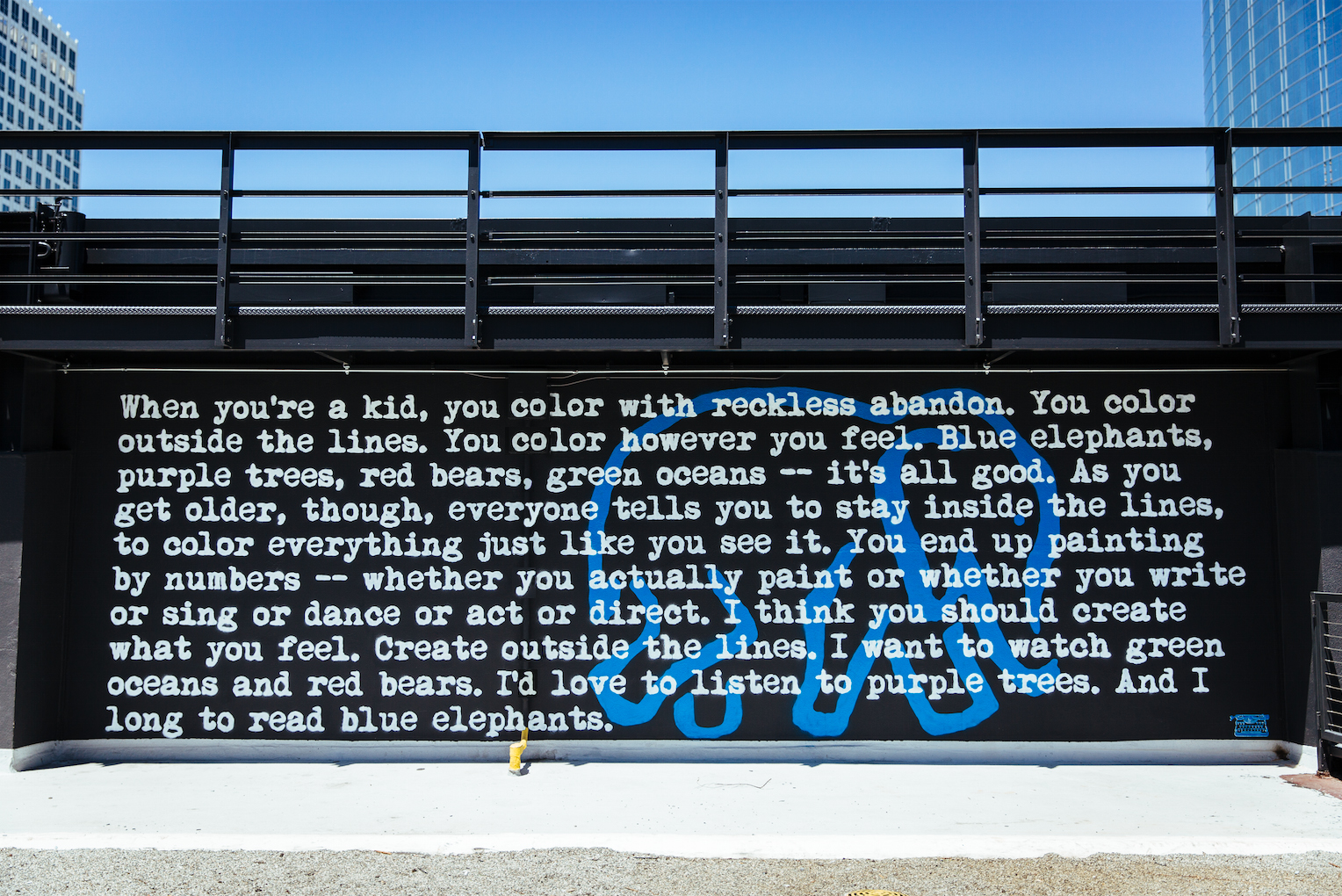 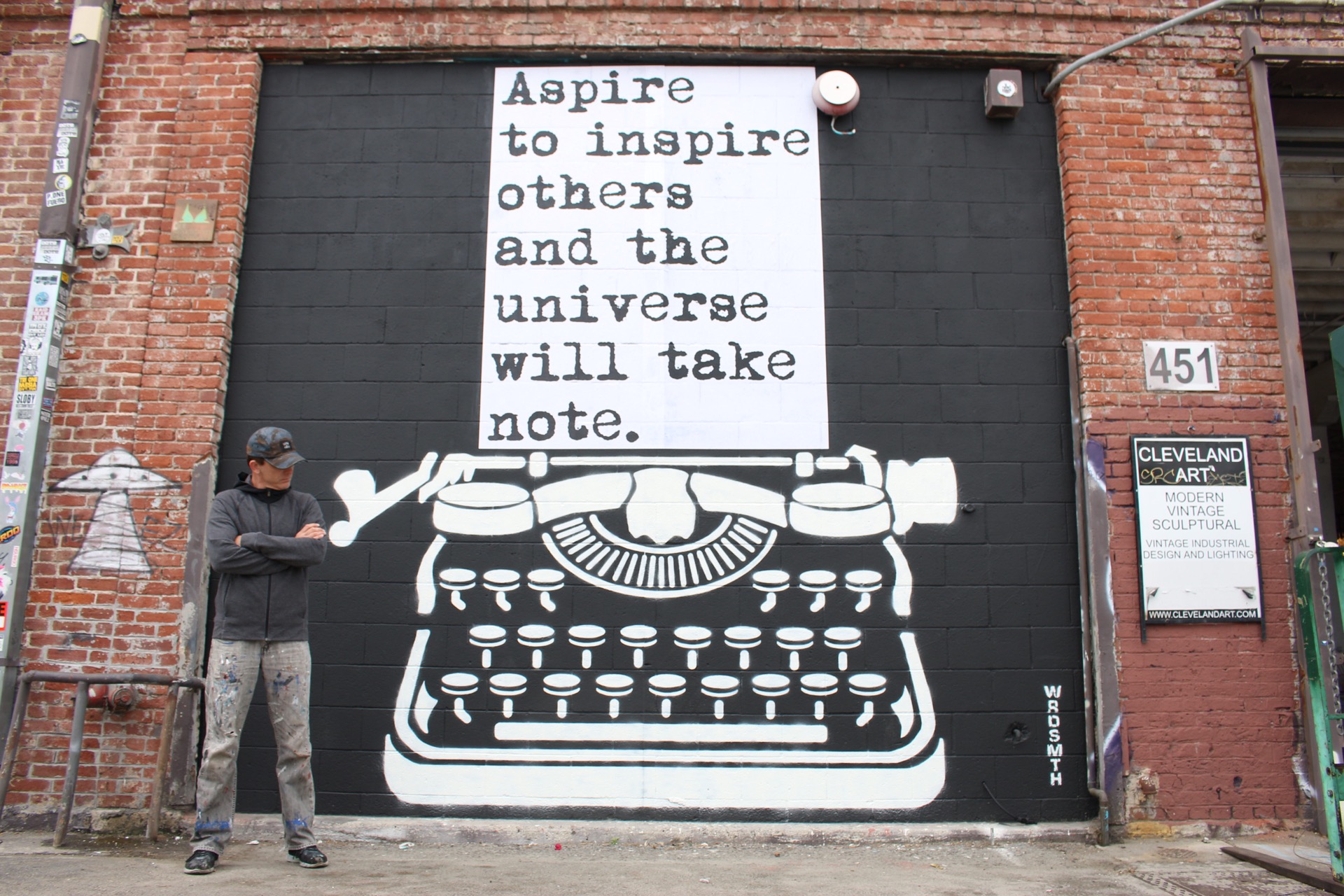 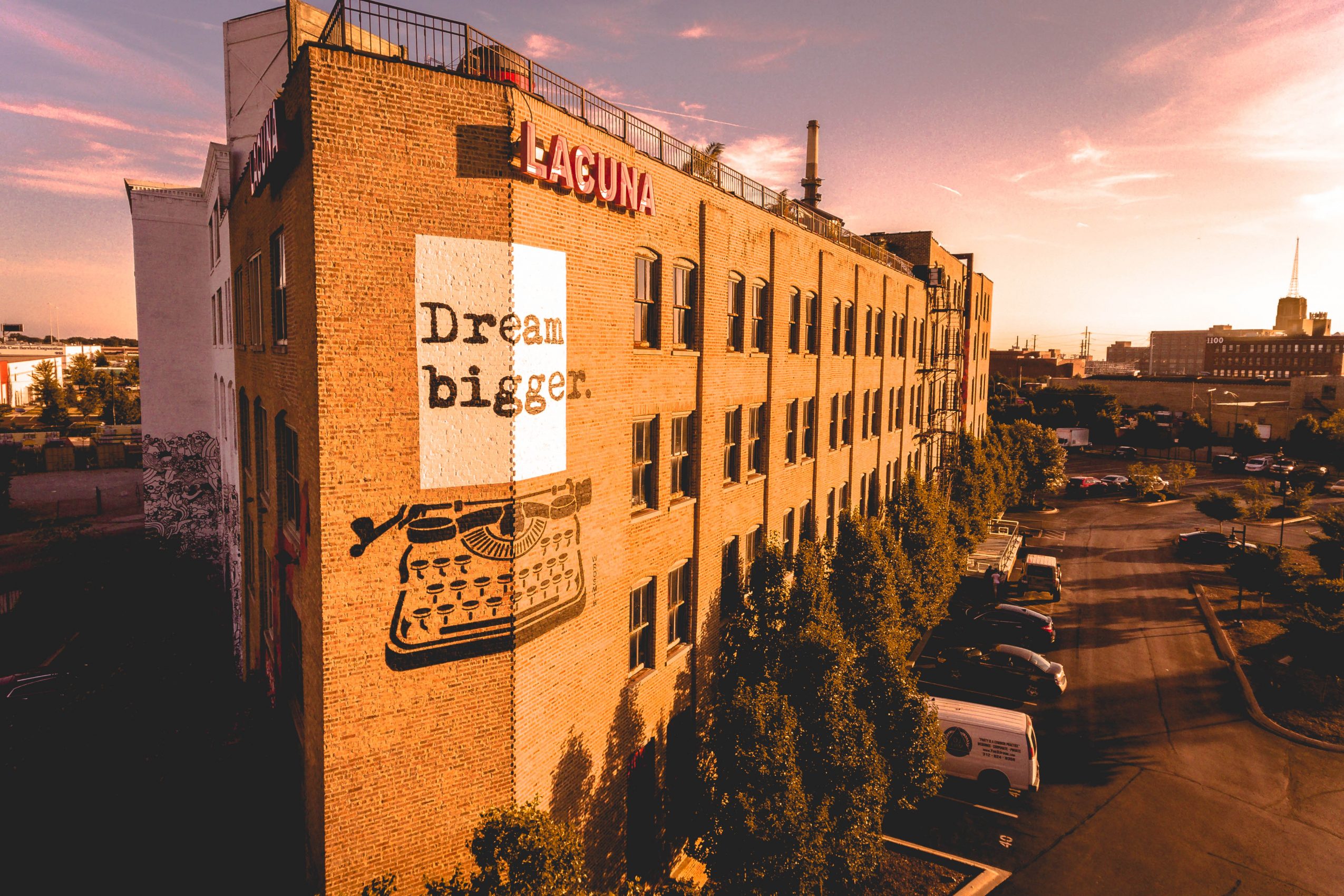 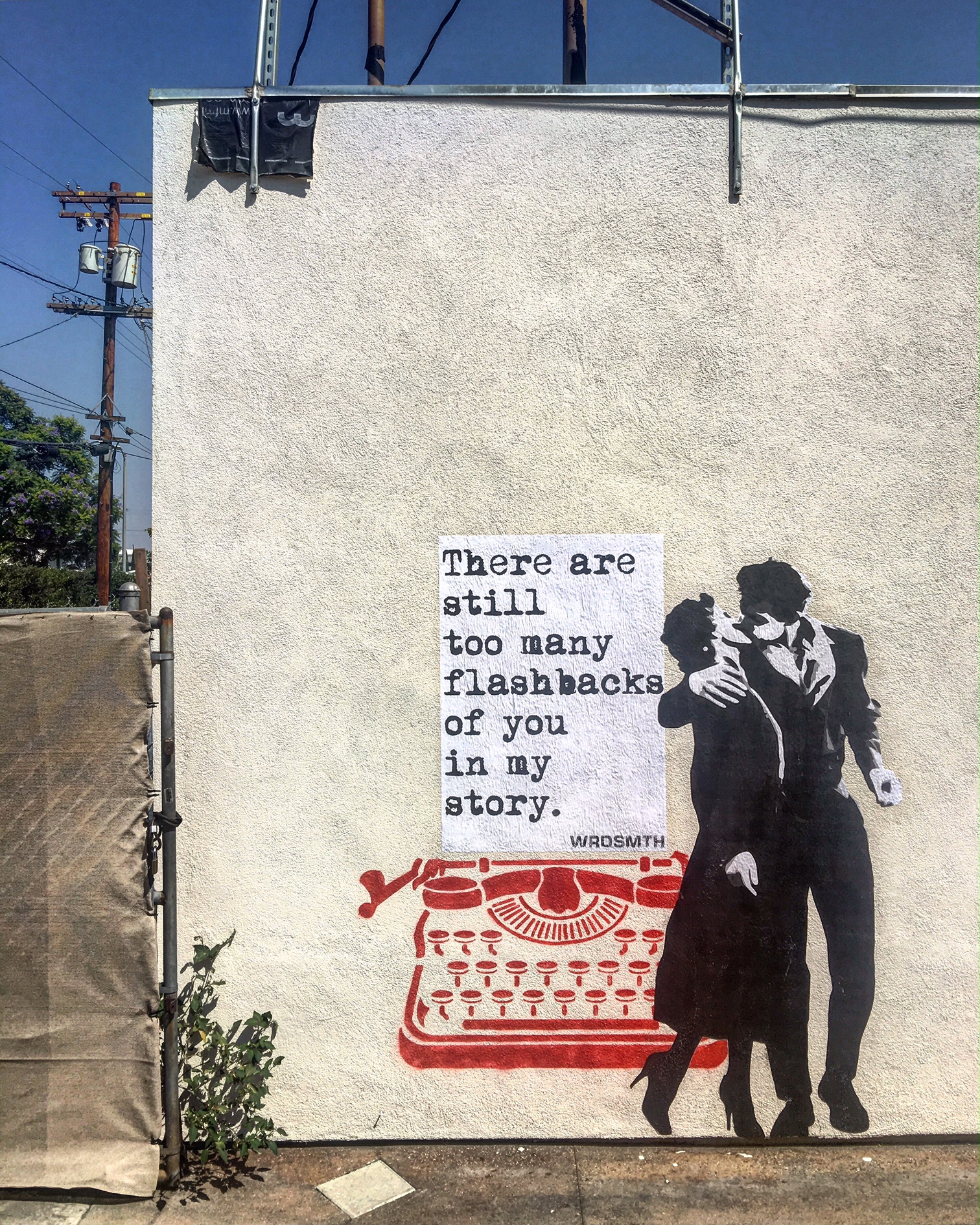 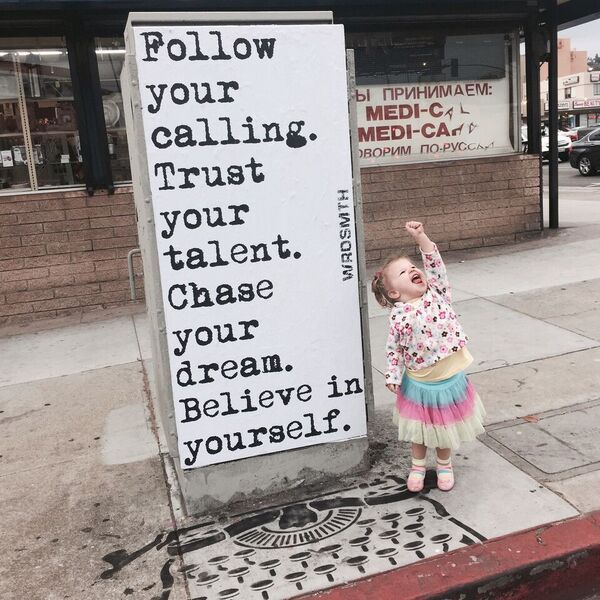