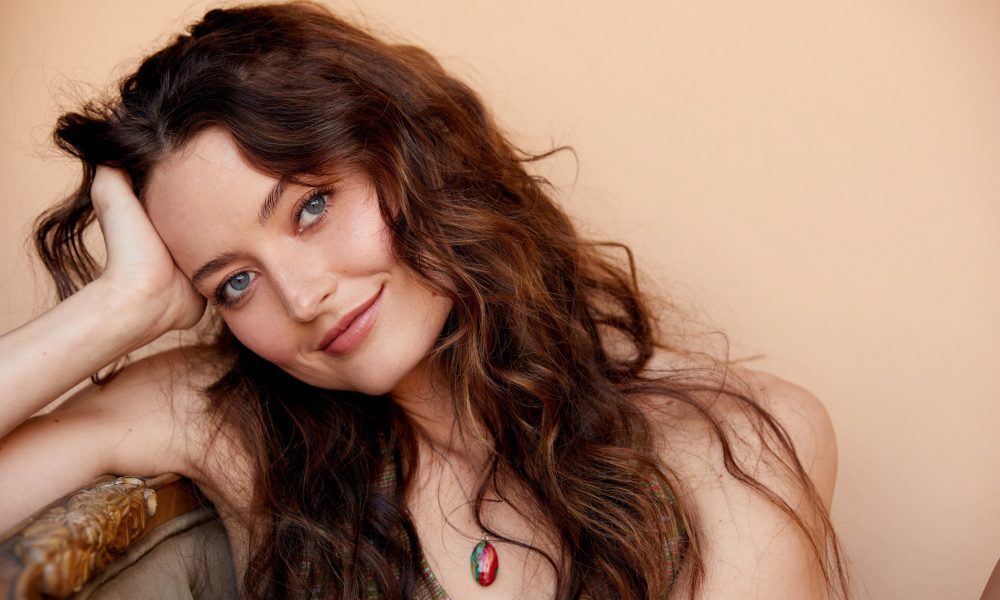 Today we’d like to introduce you to Stevie-Jean Placek.

Hi Stevie-Jean, so excited to have you on the platform. So before we get into questions about your work-life, maybe you can bring our readers up to speed on your story and how you got to where you are today?

I am from Temecula, but growing up I moved all over California and what brought me to LA is acting. My initial draw to acting was the power of storytelling. Growing up, I was always around or apart of telling a story -whether that be through the local community theatre, family movie nights, putting on a play with my younger brother and cousin, or listening to my grandparents talk about our family history. Although it wasn’t until I took a theatre class in high school that I really fell in love with the way a story can connect people. Also I realized the only class I was enjoying was theatre and I decided acting was what I’ll be pursuing after high school.

Shortly after that decision, I received an email from the American Academy of Dramatic Arts. They were having auditions at their Los Angeles Campus and I quickly picked out an audition slot. A week later I found out I got in, a month later I graduated from high school, and a couple more months after that I was moving to Los Angeles.

Training at AADA is an experience I’ll always be grateful for. I learned a lot and met a group of like-minded people that has become more like a family. Having a strong support system in Los Angeles is key to living in this city and a major help in keeping focused/motivated.

As soon as I completed my training at AADA, I signed with the commercial agency VisionTalent and joined the Open Fist Theatre Company in Atwater Village. Since then I’ve worked on a handful of plays and films. The most recent play I finished introduced me to my current manager at Insight.

The biggest obstacle, which all would agree on, would be Covid-19 in 2020. Before March of 2020 I was having great momentum  booking callbacks or being put on avail for the majority of the auditions my commercial agents sent me out on. I was cast in a play and in talks for a few films that would film in the fall. But all of this came to an aggressive halt as things began to shut down. It was really hard emotionally during this time. I felt a lot of self-doubt and insecurities began to creep in, which effected some of my relationships. Including my relationship with myself.

Since then, things have definitely picked back up and it’s feeling back to “normal”, but things are still different and changed. I feel everyone has gotten more comfortable with self-tapes or zoom auditions/callbacks. These options do have their perks, but it doesn’t compare to getting to be in a room where everyone is physically present. You miss out on the small side conversations or the anticipation of waiting in a room full of people who slightly look like you. It’s all very different and feels less personable.

I love the theatre. As I mentioned before, I was cast in a play (The Soldier Dreams by Daniel Macivor) right when Covid hit, and we continued to push through by holding rehearsals over zoom. Being able to meet a few times a week to work on the play really helped me keep my creativity alive. Then after a year of virtual rehearsals, we were finally able to meet in person and take it to the stage. After an incredible eight weeks run, I began the audition process for another play, King Solomon’s Treasure by Charles Dennis. I booked the role and we began rehearsals at the start of this year. Once again, it was an incredible experience to be on stage and have a connection with an audience.
Also, I have to bring up my proudest moment as an actor(so far). I had the opportunity to work on a production of Steven Sater’s musical Spring Awakening. To begin with, I was with an incredibly talented cast and we all worked together so well. But what made it truly memorable and even magical, as cheesy as that sounds, was being able to perform with a small orchestra. At the Sitzprobe, we were able to hear the violin, cello, guitar, and the rest of the instruments for the first time come together. It brought so much life to what we’ve been working on and it was so beautiful to hear all the harmonies be complimented by the musicians. At our one and only performance during our bows, I was so proud of all of us and very proud of myself.

Are there any apps, books, podcasts, blogs or other resources you think our readers should check out?

I for sure have some recommendations. To start with, Cameron Douglas’ memoir “Long Way Home”, is an inspiring story and an absolute must read. As for podcast, Sam Jones’ podcast “Off Camera with Sam Jones” is a great listen for any actor or “ Ologies with Alie Ward” has been my current obsession.

Other things that are always a great resource for me personally is listening to music, baking, or finding ways to escape the city to be with nature. Recommendations pertaining to that include…

MUSIC: Alt-J’s album “The Dream”, my favorite LA based band-More*, and one of my favorite albums “ Suck it and See” by the Arctic Monkeys.

BAKING: For anyone else that has a love for baked goods, pastries, or anything sugar related Claire Saffitz book “Dessert Person” is for you. I recently made her Carrot Cake with brown butter cream cheese frosting and it was heavenly.

Lastly, a fun city escape is a day trip to Laguna to check out the Pirate tower and all the cute little shops over there. 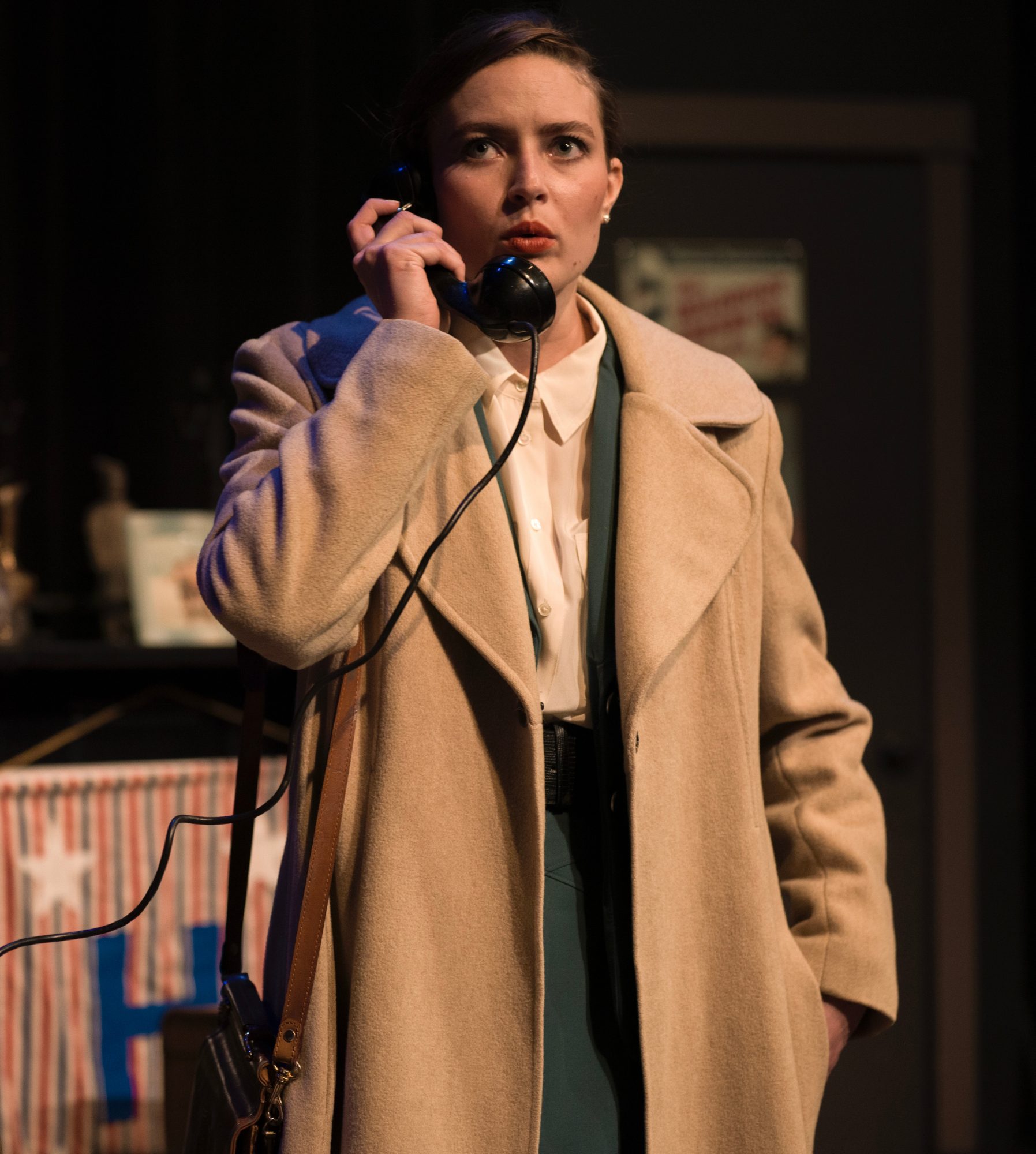 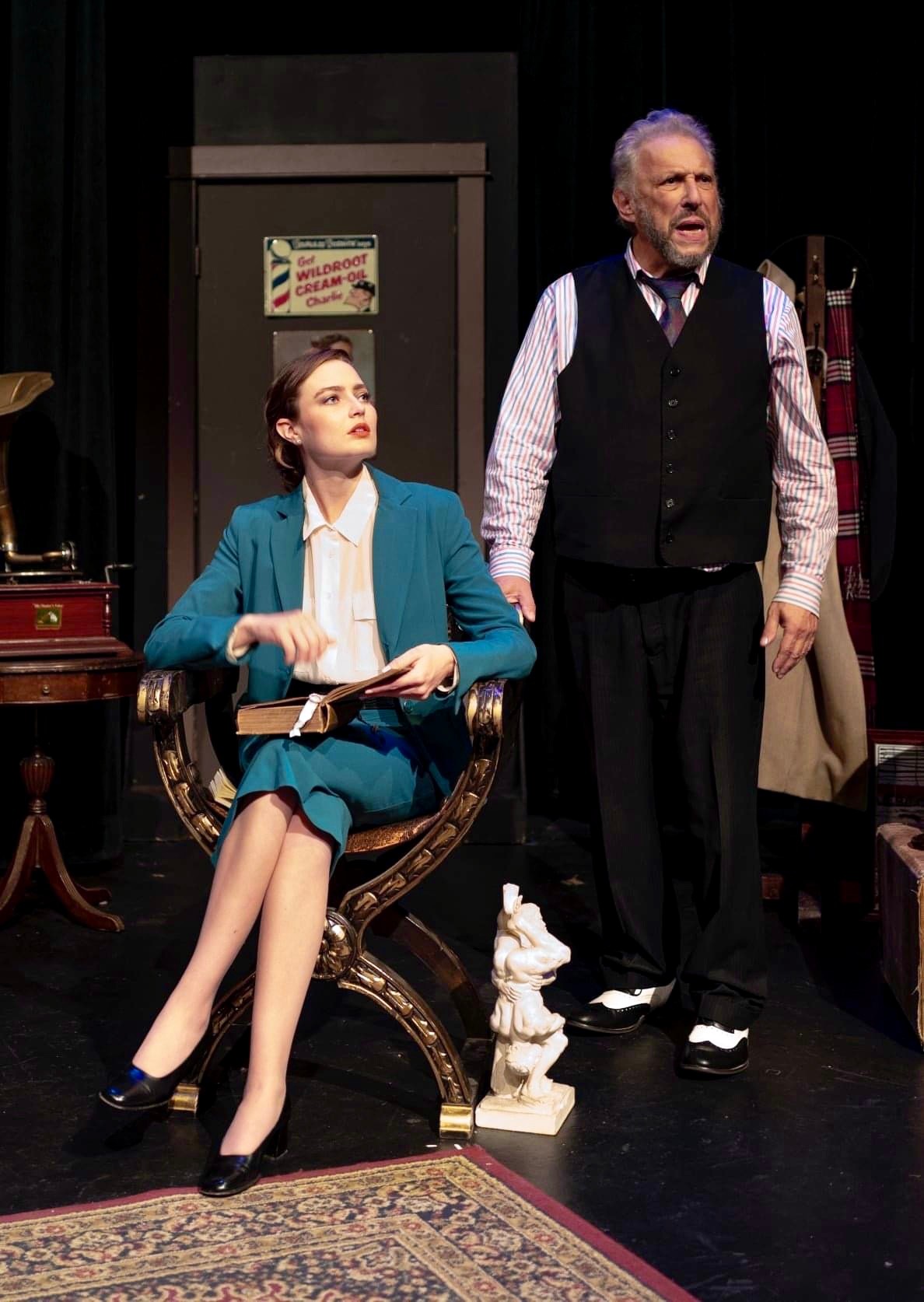 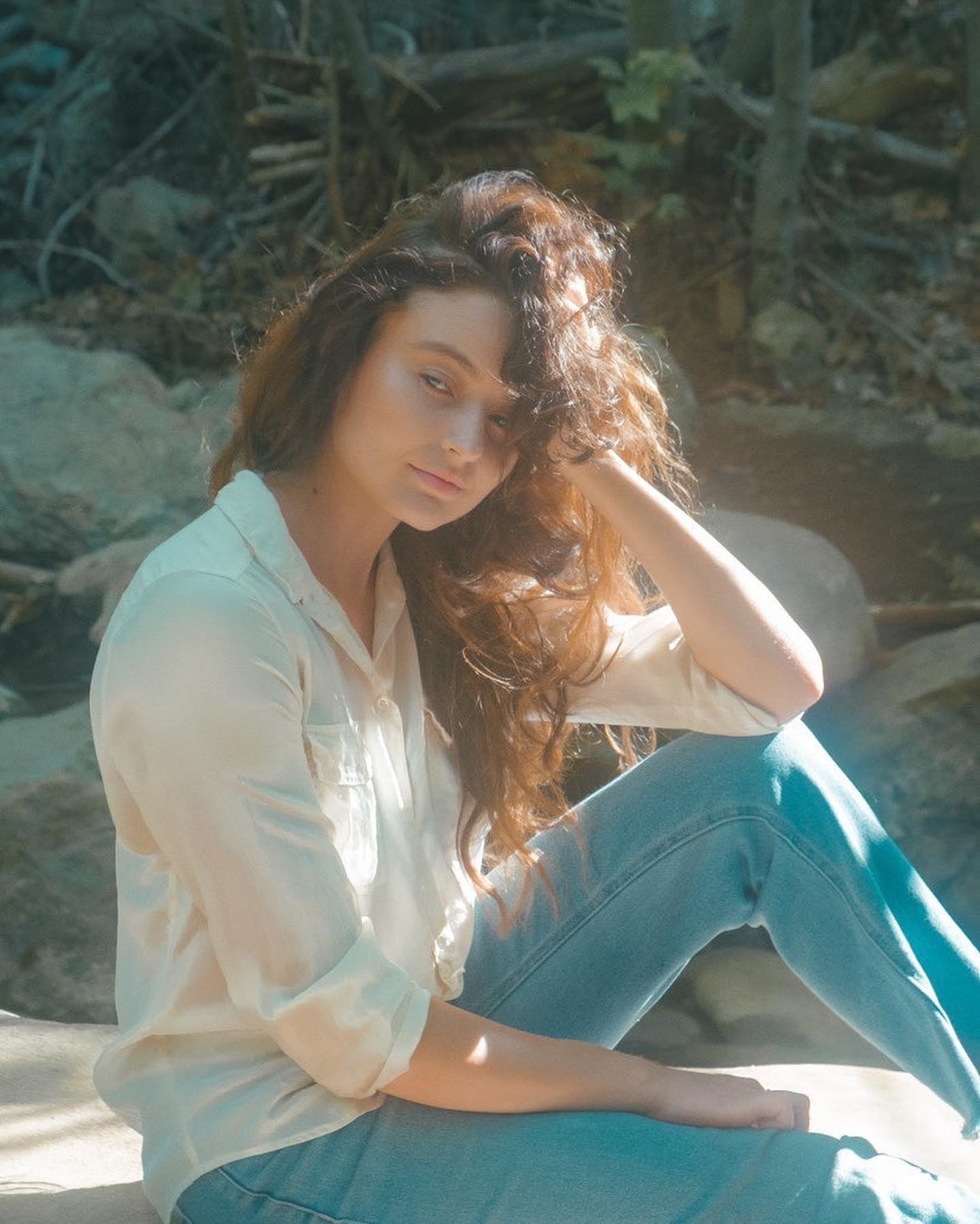 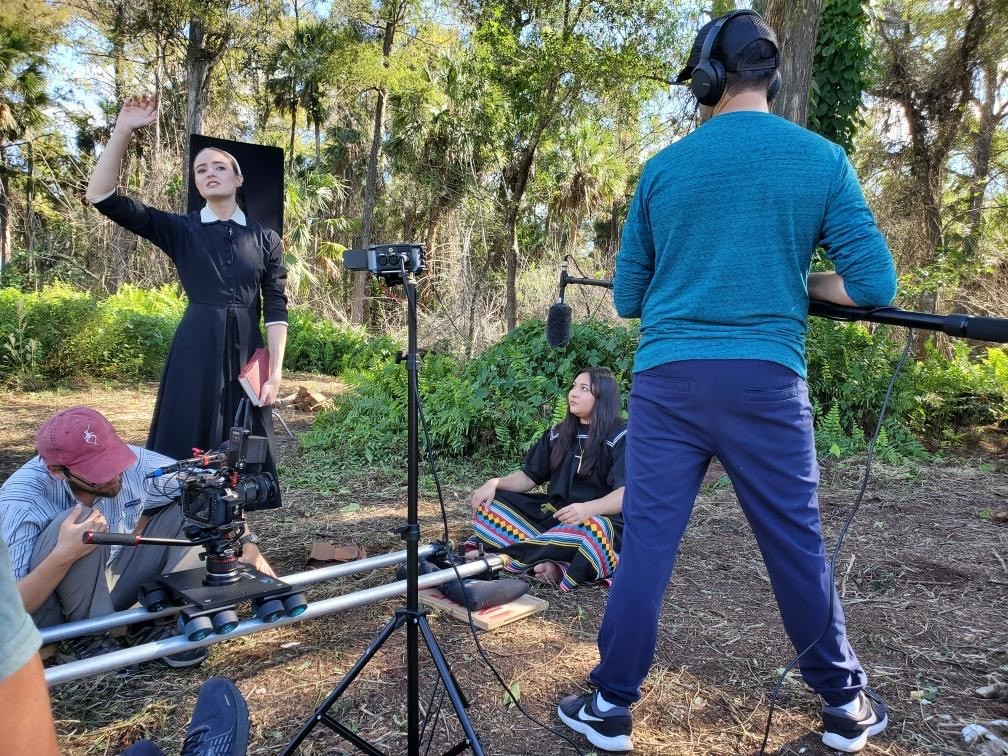 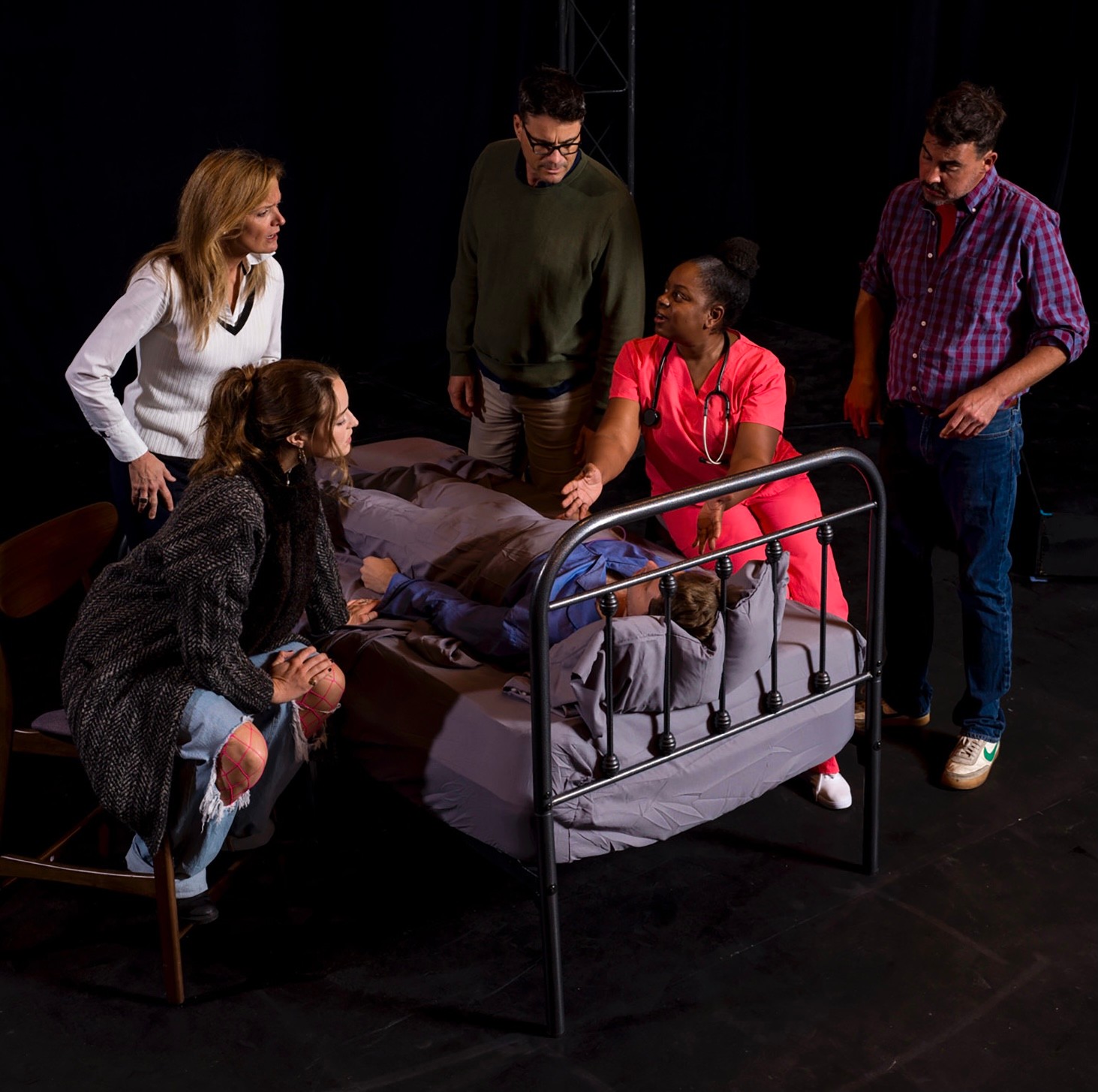