Today we’d like to introduce you to Sophia Gripari.

Thanks for sharing your story with us Sophia. So, let’s start at the beginning and we can move on from there.
I grew up in London playing all sorts of instruments from the age of about three. A man used to come over to tune our piano and I would sit next to him, before I could even walk, and sing back the notes he was playing. He actually went to my parents that day and said ‘I have a feeling your daughter is going to be a musician.’

Ever since I always loved learning everything by ear. I started songwriting at nine, around the same time, I learned to play the guitar. Every now and then I find the recording of my first song and I have a good laugh and who knows, maybe I’ll put it out someday as an homage to the early days! From then on, I never really stopped writing. I used to sit for hours making demos on Garageband and burning them onto CDs to give out at school.

I knew from relatively early on that I wanted to go to college in the US, and later decided that I wanted to focus solely on studying music, so I went on to study songwriting and production at Berklee College of Music in 2016. Moving to LA has always been a dream of mine since I first visited in 2008. Getting the chance to finally move here and live in a city with one of the most vibrant, iconic music scenes has been, for lack of a less cheesy phrase, life-changing for me. I’ve been able to look at pop music, which is primarily what I focus on, in a whole new light and really put the time into working with new collaborators and writing and releasing music that I am incredibly excited about.

Overall, has it been relatively smooth? If not, what were some of the struggles along the way?
I think a challenge that most songwriters face at one time or another is being fully comfortable with sharing extremely personal matters, whether it’s opening up in a session with someone you haven’t yet worked with or releasing a song into the world. I was actually in a session the other day writing a song for my own artist project and I was a little reluctant to include a specific lyric because it just felt a little too close to the bone. Me and my co-writers ended up talking about it for a while and we all agreed that not being as vulnerable and as truthful as possible would be doing myself and anyone who listens a disservice. Releasing music that honestly reflects what you’re going through is what makes an impact.

I saw a statistic the other day that said out of all producers in the music industry, roughly 2.5% are women. That is definitely a statistic that I, and many other women, are trying to change. I started properly producing music when I got into Ableton back in 2017. I have definitely noticed the surprise in peoples’ reactions when I play them a song and tell them that I produced it. So hopefully, we’ll continue to see that percentage go up.

Can you give our readers some background on your music?
I am primarily an artist and a songwriter. My day to day consists of writing sessions, whether it’s for my own artist project or for another artist. Recently, I have also been working on finding a production style that really fits the vision of the music I want to be released in the near future. Until about halfway through college, I almost always wrote alone. In 2019, I spent some time living at a studio in The Netherlands, where I was put in sessions every day with different producers, writers and artists. It was here that I realised the power of collaborating and the thrill I get when I leave a session with other musicians having created something beautiful out of nothing.

During my time at this studio, I got to meet and work with a number of European musicians, which really encouraged me to figure out a way to get all my favorite collaborators from around the world in one place. I talked about this idea with a close friend and frequent co-writer, Alex Borel, and together we organized a songwriting retreat in Joshua Tree. The aim was to get a group of thirteen people, some of whom had never crossed paths, together to see what magic could be created. Together, Alex and I found the location, reached out to the musicians and scheduled a total of 14 sessions over three full days. This camp was a huge success and everyone left with an incredible sense of achievement and a playlist of 14 awesome songs. I’d say this was a very proud moment!

My artist project is extremely close to my heart. For me, nothing beats the feeling of getting the final master for a new song back and playing it for the people who are close to me to see their reactions.

What is “success” or “successful” for you?
I think the term ‘success’ is extremely difficult to define in music as there are so many degrees of being a successful musician. Of course, there’s superstardom, which obviously means that your music has had a serious impact on people, which is a huge success. On the other hand, it’s clear that being a full-time musician can be really taxing, whether it’s experiencing financial or personal difficulties. Pushing through the hardships that come with being in the music industry and knowing that it is still what you want to spend all day every day doing, feels like a pretty big win to me. 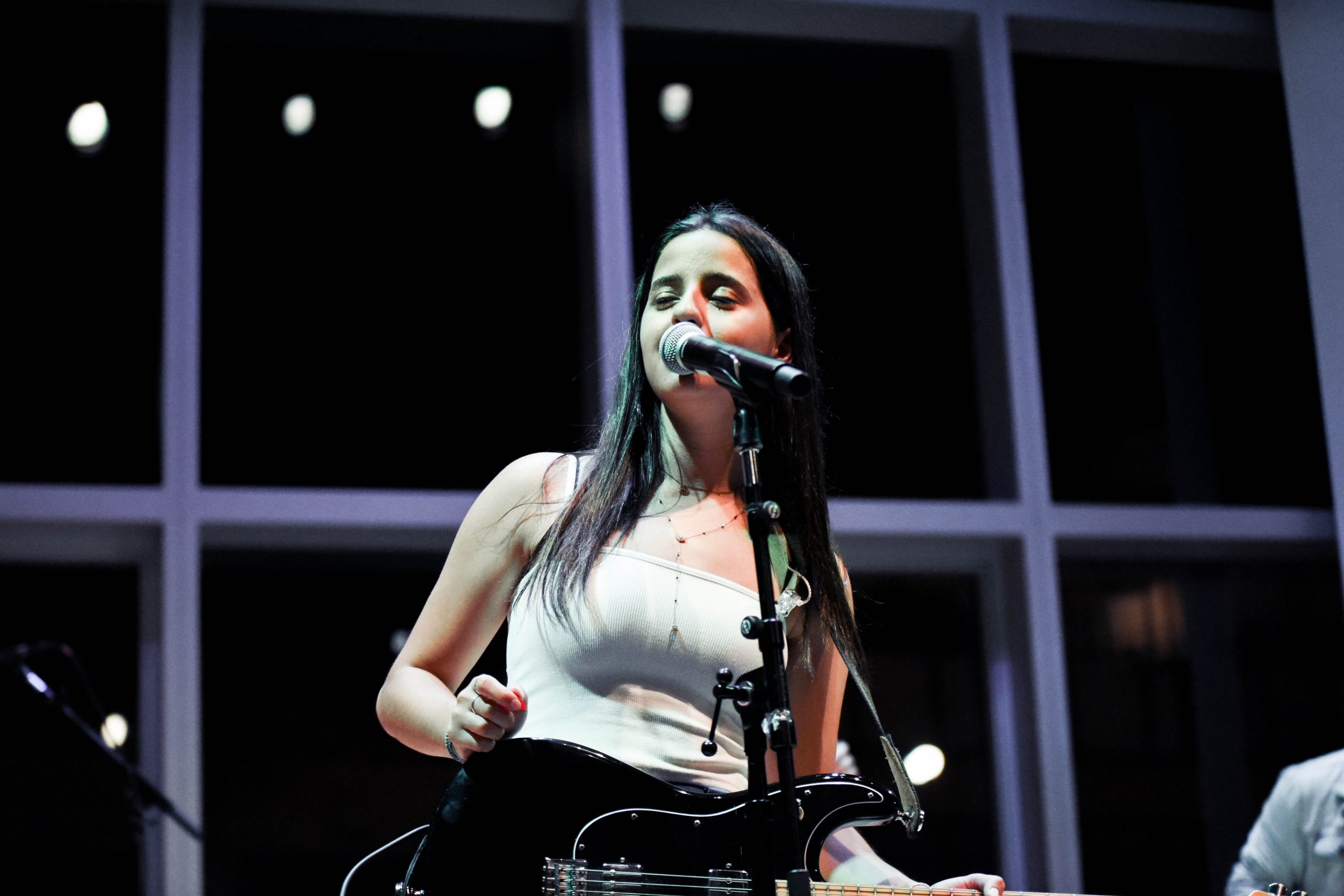