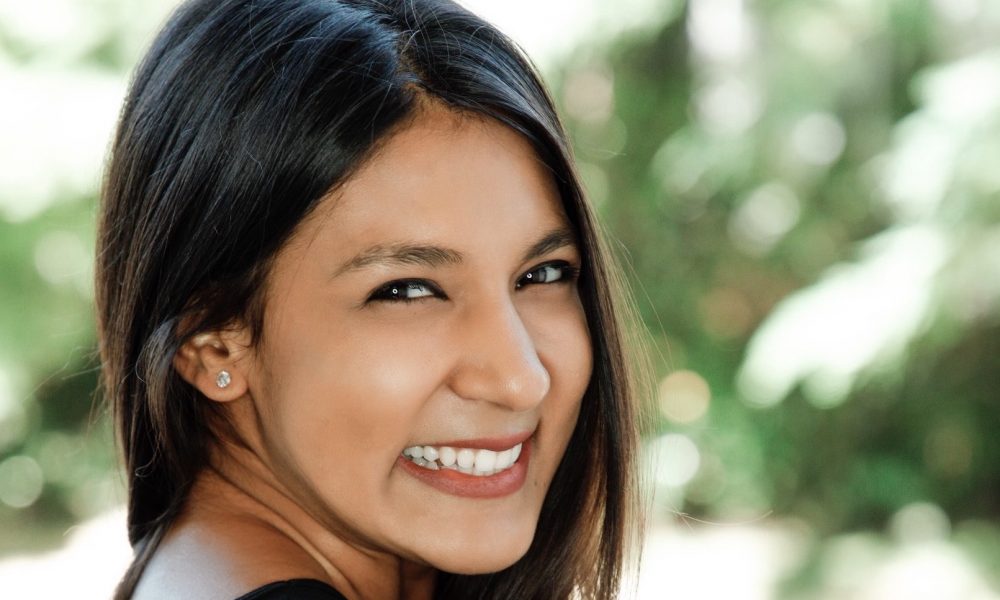 Today we’d like to introduce you to Sonal Gupta.

So, before we jump into specific questions, why don’t you give us some details about you and your story.
I have always loved storytelling. When I was growing up, I was an expressive kid who always had so much to talk about. But I usually felt limited by words and circumstances. So every afternoon after school, I would sketch storyboards. What were these stories? Who were these people? I still don’t know. Soon after I started traveling alone, I would hear about all kinds of different experiences people had in their life. I found traveling to be very educating and how I needed to get these stories to more people. I also realized this was something I wanted long term. I am a big fan of the Ibn Battuta saying, “traveling – it leaves you speechless, then turns you into a storyteller” And I guess that’s what happened.

I knew I was going to be a filmmaker because I could always visualize everything. Every time I read something, or someone was telling me a story, a film was playing in my head and I am sure, a lot of filmmakers can relate to that! So I decided to make the move to Los Angeles to pursue film making at UCLA. I am mainly interested in unscripted content and learning about the art of making stylistic documentaries and change the mindset that documentaries are boring. I find it very exciting to see an idea come to reality in the entertainment industry.

I recently shot my first fiction short film. It’s called Returning Home. It is about a girl who returns to America after living in Italy for a year as an exchange student. She finds returning home unsettling and more difficult than actually being out there. And I have felt that so many times after I come back from a trip but I am never able to explain anyone. So it is a film for everyone who has lived in two places, felt disconnected yet found their place between two worlds. I have enjoyed every bit of making this short film, and I happen to realize when you do what you love, you do love what you do! For me, it’s every aspect of film making. And I feel if you are a fan of travel and exploration, film making is an excellent career choice. Being a person, who loves testing her boundaries, with film making it’s never the same day.

Great, so let’s dig a little deeper into the story – has it been an easy path overall and if not, what were the challenges you’ve had to overcome?
My quest for stories has taken me many countries around the world, as I like to call it “a part of my solo excursion” I feel traveling alone really defines who I am today. I would love a job that involves being on the road, capturing the spontaneity of travel and intimacy of one to one conversation with people across the planet. Well, don’t we all want that? But honestly, it’s more difficult than I imagined. There is less stability and being away from family also takes a toll. But ultimately, if that’s what you believe in, then you just can’t stop.

I had a very limited budget for the film, so I navigated my way through the story, field, and post on my own. I took multiple roles, hence had a lot of control over the story but was also held responsible for the many mistakes I made. I am very grateful for everyone who helped me make this film possible, all of my crew and cast. I feel no matter how many hats I wanted to wear, in this industry it just isn’t possible to do all by myself.

While working on a film project, almost everything can go wrong! I think that’s what film making is about — it’s about solving problems. Pre-production is a must but just like life, not everything goes as per the plan. But I also feel that’s what makes it’s more fun, you know there’s the scope of things to happen outside of your imagination! Which in my opinion actually makes your film better! I have made my peace with things going wrong, and I think these things ultimately make a story much more complete.

We’d love to hear more about your work and what you are currently focused on. What else should we know?
I graduated last month. I am currently looking for full-time job positions in the Film & TV industry, focused on unscripted content and in the meanwhile working on independent projects. Right now my biggest focus is on expanding my skill set — by getting my hands all in, understanding how the real world works out there. One day, I would like to work with National Geographic, telling stories that will make an impact!

In the past couple of years, I have worked with travel publications, Conde Nast Traveller and Los Angeles Travel Magazine and small production companies. Last month, I was filming a show called Reforestation Nation with One Tree Planted organization. I am driven towards conversation projects and of course documentaries are about making a difference but I feel the planet is at a breaking point. But it’s still not too late to save it. Hence, being the voice of ones who can’t speak! I am also currently working on a project with Ear to The Wild Foundation. The team is making a documentary, using bioacoustics to prevent train collisions which cause deaths of over 300 elephants every year in India.

What moment in your career do you look back most fondly on?
The first was when I traveled alone. I was eighteen. And as I like to call it, it’s when everything started. My perception of the world and how I wanted to live my life began to shape. The second time was when I recently finished my short film. I have combined a lot of my skill set, which I have developed over 2 decades of my life, to make this film possible. The film is a reflection of the travel experience.

I believe in living a life full of passion. I know if I do something with all my heart, I can jump over any obstacle. I also believe in perseverance. It’s not just your love for something, it’s all the sweat, blood and tears you put into it! Besides film and travel, I am also very fond of cooking, trying out different cuisines. One day when I am old and have traveled across the globe, I want to have a restaurant somewhere, where every dish will have a story of its own and every bite will reveal itself.

The film is in its final stage of production and will be ready by the first week of November. I will be submitting it to film festivals, hoping when it gets selected for screening you guys have the chance to watch it! 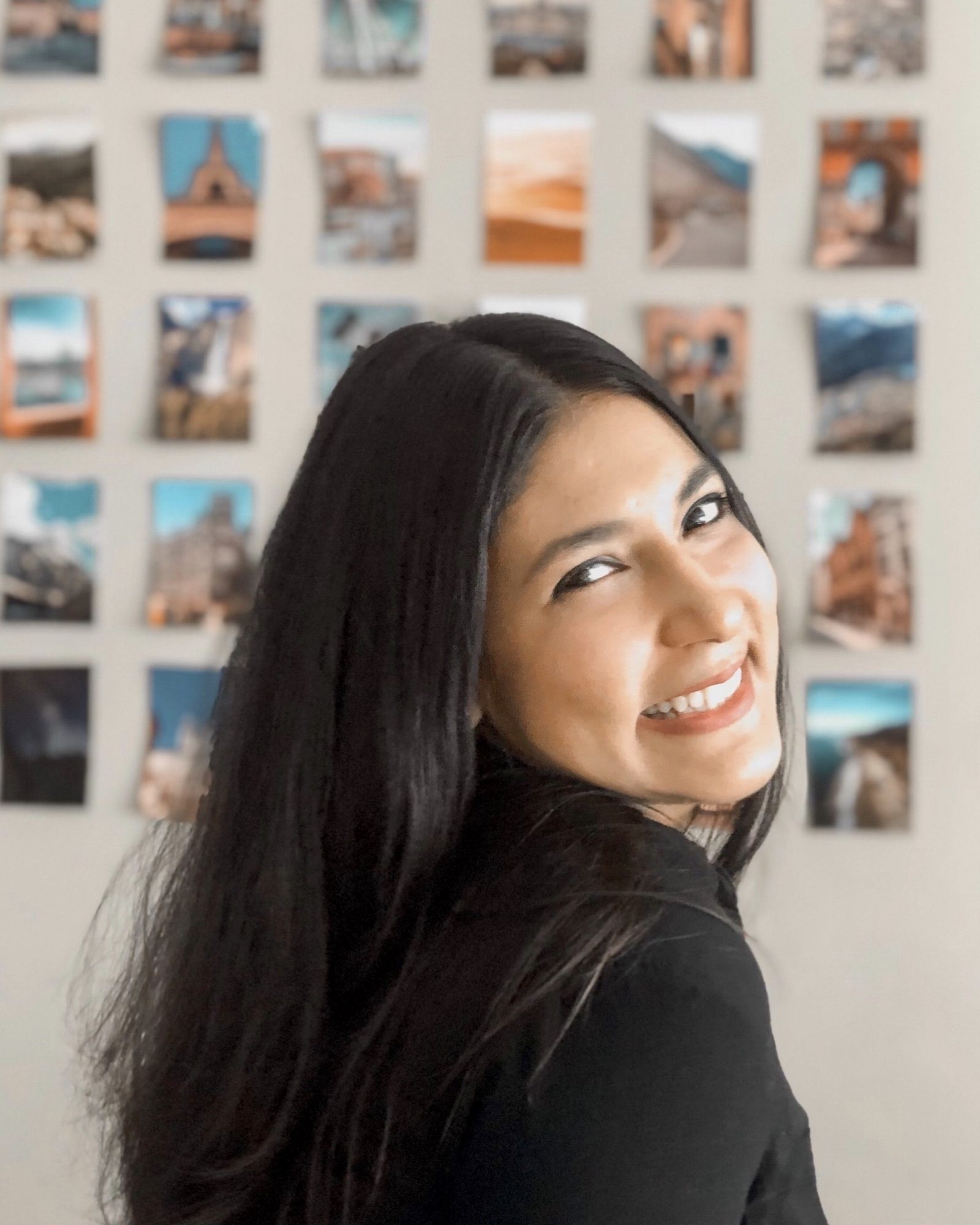 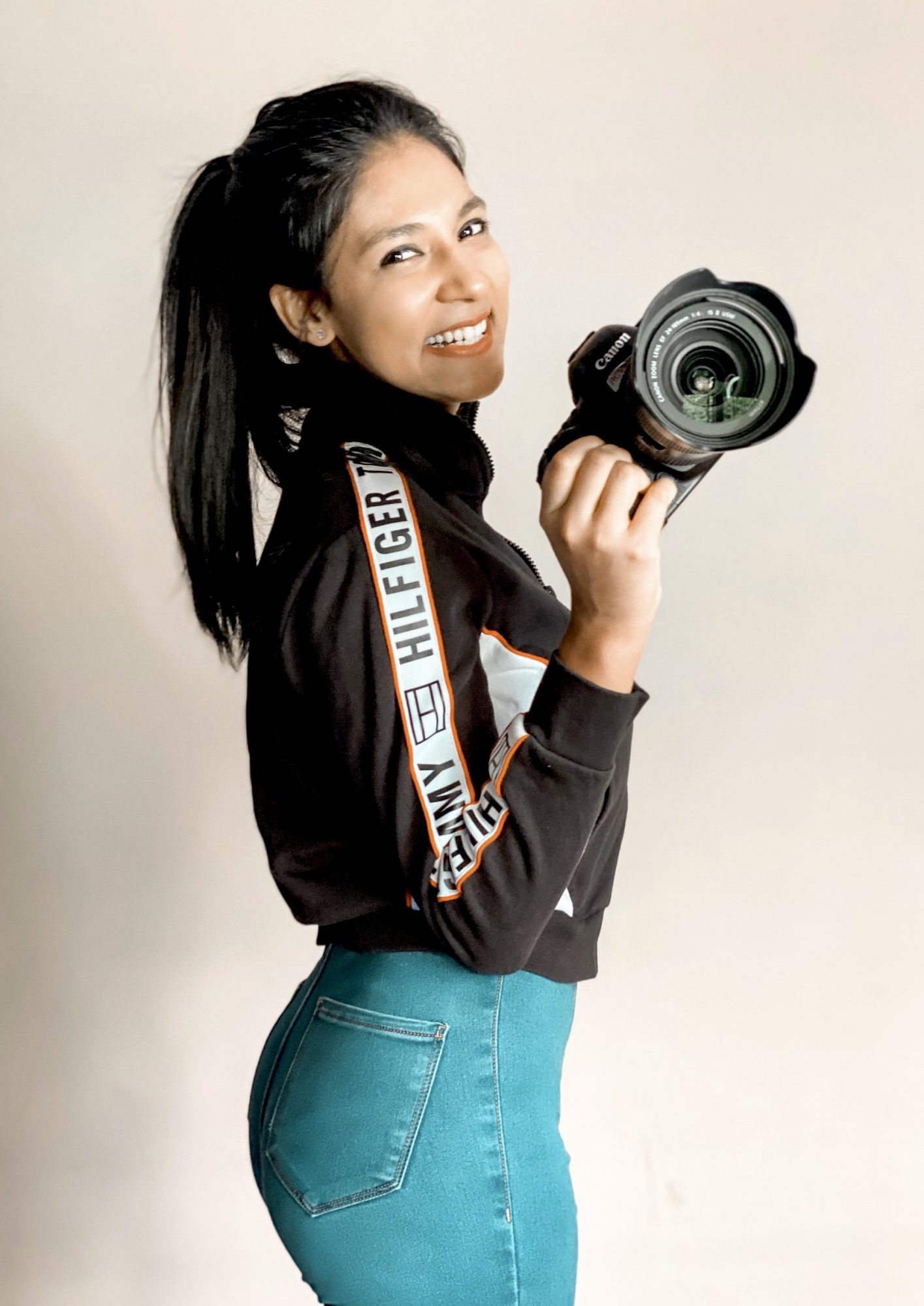 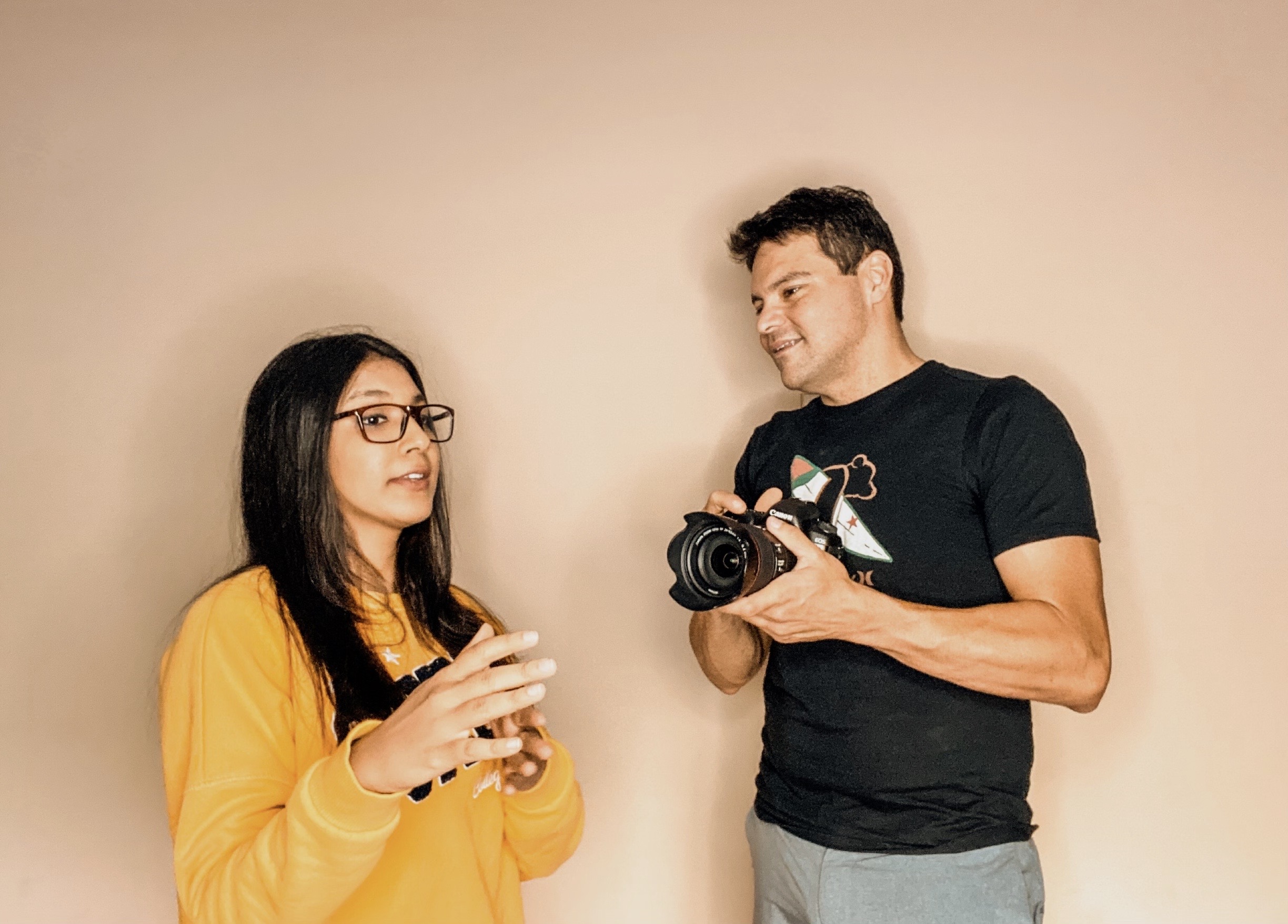 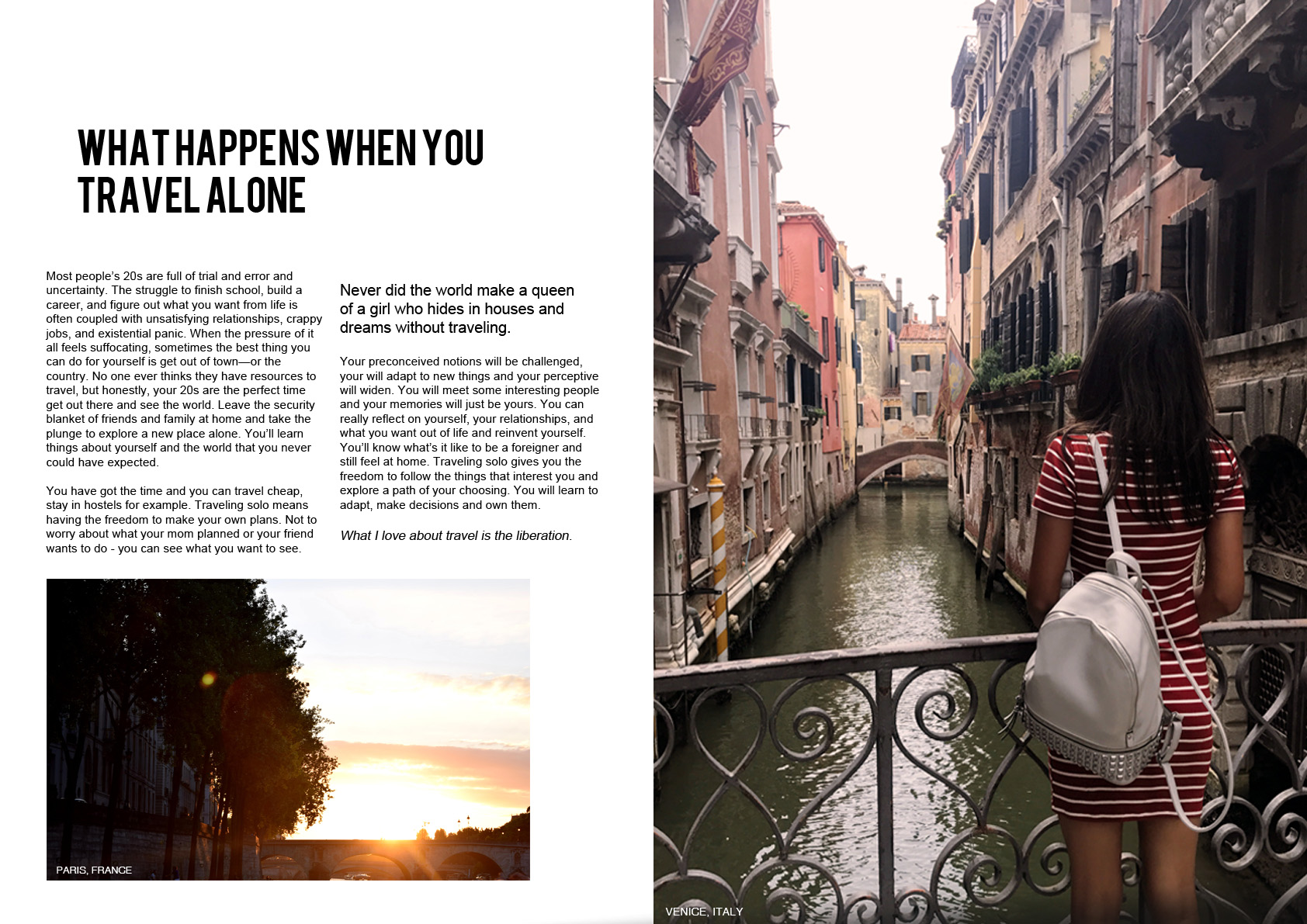 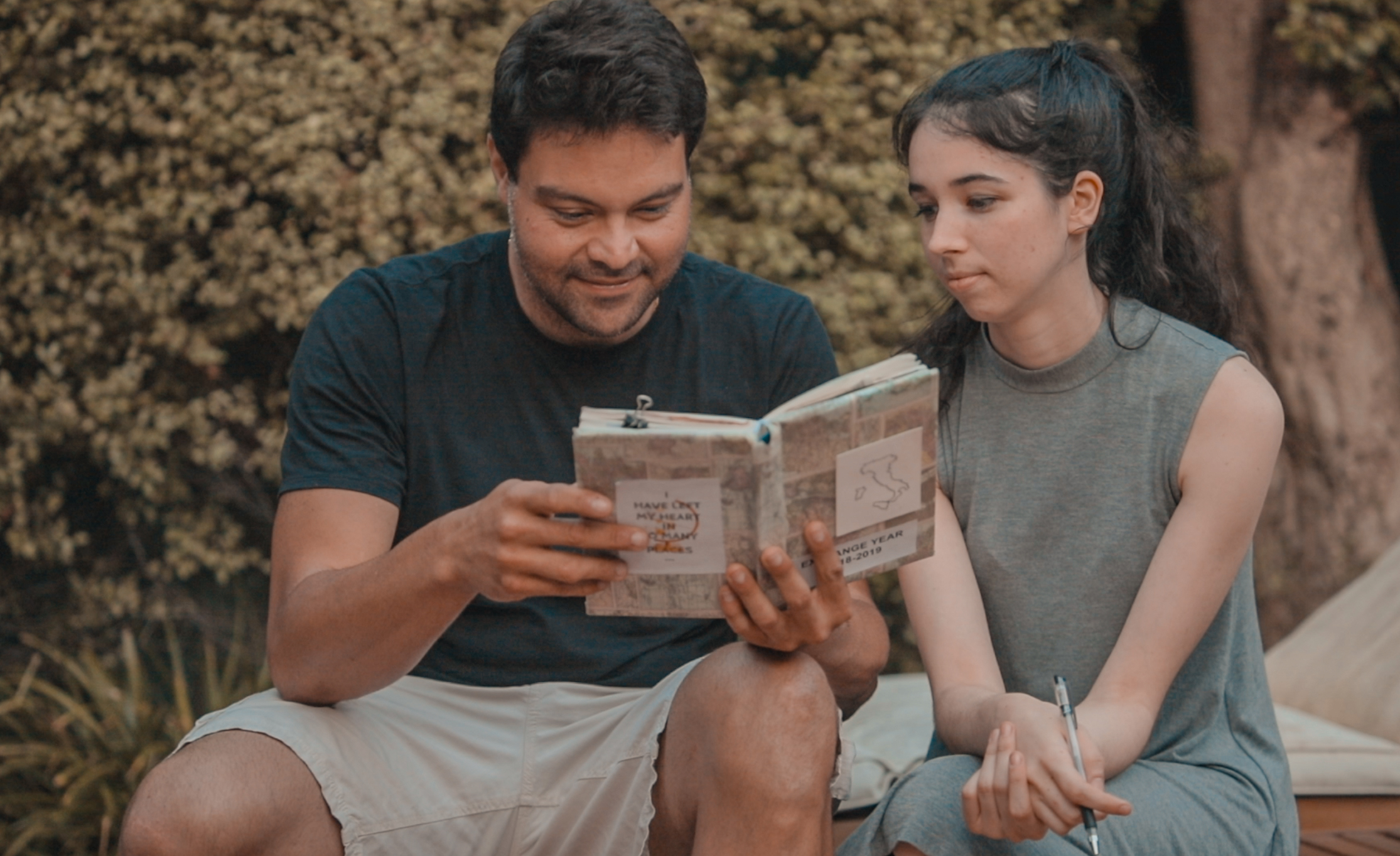 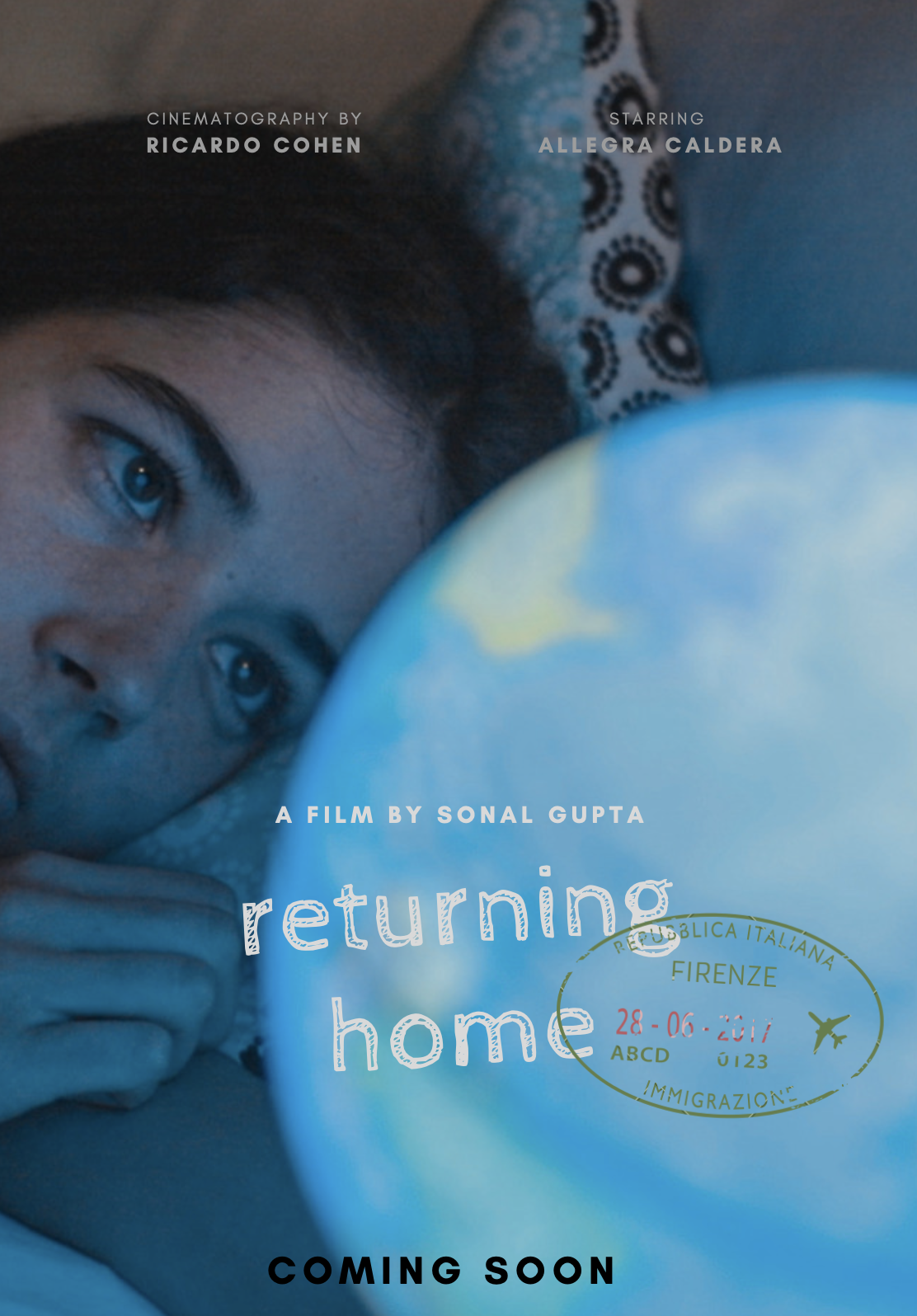 Image Credit:
Behind the scenes – Short Film (Photo of DP and Actor – going through the travel journal)
Ricardo Cohen