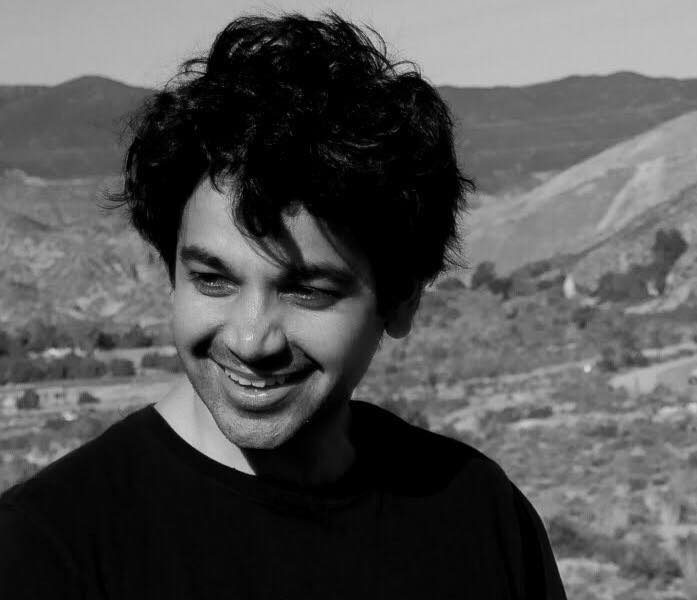 Today we’d like to introduce you to Sohil Vaidya.

Sohil, let’s start with your story. We’d love to hear how you got started and how the journey has been so far.
I grew up in Pune city in India. I saw Jurassic Park in a small theatre with my father. The power of moving images made a permanent impact on my mind. But being a filmmaker was like a daydream for a boy growing up in a middle-class family like me. I chose a more lucrative path and finished Masters in Computer science. While finishing my masters, I came in touch with a local theatre group. There, I volunteered for backstage assistance for a few plays.

I started reading lots of books about acting and directing. On a rainy monsoon day, a friend called me to see a movie named Pather Panchali by the master Indian filmmaker Satyajit Ray at National Film Archive of India. I rode my bike in the heavy downpour and entered the theatre drenched. Started watching the film sneezing with cold. By the time when I had come out of the theatre after two hours, my perspective about cinema had flipped upside down.

Pather Panchali is made on a peanut budget without any known celebrity. It tells the story of a boy growing up in a remote Indian village in a poor family. What influenced me the most was the deeply humanistic and compassionate view with which Ray had told this story. It felt so raw and organic, away from all the technical frills that are used to flatter the audiences. The Bollywood films I had seen while growing up were exactly the opposite. Glamour and show off felt like the main part of their film-making.

Those larger than life stories felt like unreachable for the common man. That’s why I never believed that I would be able to make or will be accepted as a part of Bollywood cinema. Pather Panchali opened the doors for me to research, learn and experience world cinema. Great filmmakers like Paul Thomas Anderson, Scorsese, Wong Kar Wai, Kubrick deeply impacted me. I started believing that anyone who has a story to tell from the depth of their heart can make a great film with a deeper understanding of craft and vivid observation about the world surrounding them.

I gave up my computers career and made a documentary named ‘Diaries of Unknown’ about undocumented homeless people within metro cities of India. It screened at the International Film Festival of Kerala and stirred conversation about this issue. This encouraged me further to learn to communicate with even larger audiences. To hone my craft further, I applied to USC film school and got accepted for MFA in Film Production.

We’re always bombarded by how great it is to pursue your passion, etc. – but we’ve spoken with enough people to know that it’s not always easy. Overall, would you say things have been easy for you?
In all honesty, its been a quite bumpy road. I am enjoying every single moment in the journey so far, but I had to fight pretty much for all of it! People around me, including my relatives, peers, and friends ridiculed me for leaving engineering and switching to film. For them, I had wasted five years of my life studying computers. Listening to speeches about the hardships of the filmmaking career had become part of my life back then.

But it hurts, even more, when people question your intentions behind becoming a filmmaker and blame you for pursuing this for vanity! But the biggest race of hurdles began when I got accepted at USC. Raising huge tuitions merely seemed impossible back then. Fortunately, with the help of multiple scholarships, teaching assistantships and with the strong support and encouragement from my family, I could finish my education.

After coming here, the new culture and exploring what stories I wanna tell was a huge challenge. It all felt scary at the beginning. I used to write stories in Hindi and then translate them in English. But writing happens to lose its essence in the translation. I felt alone in this massive city which was unknown to me. But then my classmates at USC became my close buddies. They supported me like a family. They helped me from the queries about the new culture to proofreading my scripts.

I started feeling more confident and began discovering my own voice in the creative environment at USC. I was working hard, almost 15 hours a day. I was writing new stories, hustling to make films, working on other peoples projects and partying as well. It was all dreamlike. By the end of the year, Los angels started feeling like my new home. This is the place where I rediscovered my self. When I went back to India for summer vacation, I strangely missed Los Angeles a lot.

We’d love to hear more about what you do.
Currently, I am a freelancer. I am working as a writer, director, and cinematographer. I have directed around seven short films until now. Recently I directed a feature film named ‘Samir’ with seven other directors. In 2017, I wrote and directed a short film named Geeta as a part of the USC curriculum. Geeta is inspired by true events and is a story of a young girl who comes to the United States to work as a housemaid for Indian diplomat.

Her new environment surpasses her expectations of livelihood, but she soon realizes that her personal, social and financial freedoms are slowly being taken away from her. Geeta deals with important issues such as modern-day slavery and human trafficking. Geeta received an overwhelming response from the audiences and went onto 11 film festivals including LA shorts, New Filmmakers Los Angeles and won best student film awards at DTLA and Voiceless film festival.

Difficult People is onto its festival journey now and so far gone to three film festivals with many more to come. After graduation, the bloated balloon of dreams from the film school days bursts onto your face. The struggle becomes too real! But it all feels worth living for when unexpectedly the big recognitions like Directors Guild of America Award comes your way. I am working as a freelance writer, director, and a cinematographer.

Fortunately, through connections, I am getting a good amount of work to keep going forward. I recently finished my feature films script which I am planning on pitching to potential investors very soon. I also have a TV series pilot written which I would love to sale within this year. I want to make films which will shake up audiences to come out of their comfort zones, which are intellectually demanding and thought-provoking. But its definitely gonna take time to reach towards this goal.

In the meanwhile, I want to keep working as a director, practicing my craft on shorts, music videos, branded content, commercials, etc. One of the huge moments of the previous year was when I got the chance to meet Roger Deakins at the ASC clubhouse. It was inspiring to see an artist of such a massive stature being so humble and real. As an immigrant, getting a visa is the next big thing which will decide my career path.

Staying in the United States and making good movies here is a dream. But in the end, making great films which will resonate across the audiences is the main goal. Indian independent cinema is picking up its pace. So many new talented filmmakers are making outstanding films over there. American companies like Netflix and Amazon are creating their base in Mumbai to create content. That’s why going ahead, I would love to make movies back and forth in the U.S and India.

I think with the rise of streaming services, these global collaborations are gonna shape cinema and television in the next couple of decades. So many plans, so many dreams, will see what happens, it’s all exciting. But right now I wanna focus on writing the next draft of my feature and keep taking long barefoot runs on the Venice beach!

What were you like growing up?
Growing up, I wanted to be a cricketer like every kid in India. Then I wanted to be an astrophysicist, then a poet, eventually I settled down for films. I played chess when I was in high school — got FIDE rating in the same. I was definitely a very extroverted kid. Never got great grades, really!

My younger sister was the most brilliant kid ever. She used to be the topper of her class every year. People used to compare us two siblings to make me look like an idiot, kidding! But eventually, I started hating this social pressure of maintaining good academic standards. I wanted to rebel against them and prove them wrong.

My father is a cardiologist, my mother is an electrical engineer, my sister is pursuing medical, and I was just a nomad, wandering around not knowing what I wanna do. In India, even your distant relatives have the right to poke nose into your personal affairs.

Endless pressure of performing well, getting a good degree, having good social standards by becoming a doctor or engineer angered me more and more. But my own family was very supportive, they never restricted me to a certain career path.

Thankfully I learned to divert my anger into my creativity. When I look back at those days, I can’t hold my laughter. It all seems too funny and crazy. 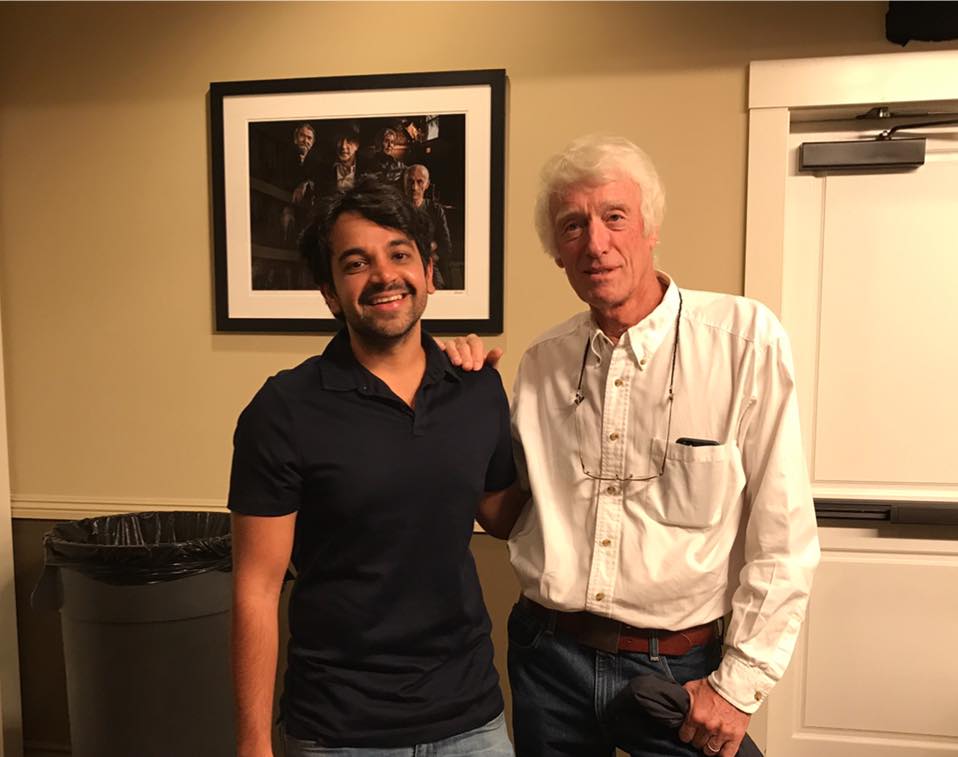 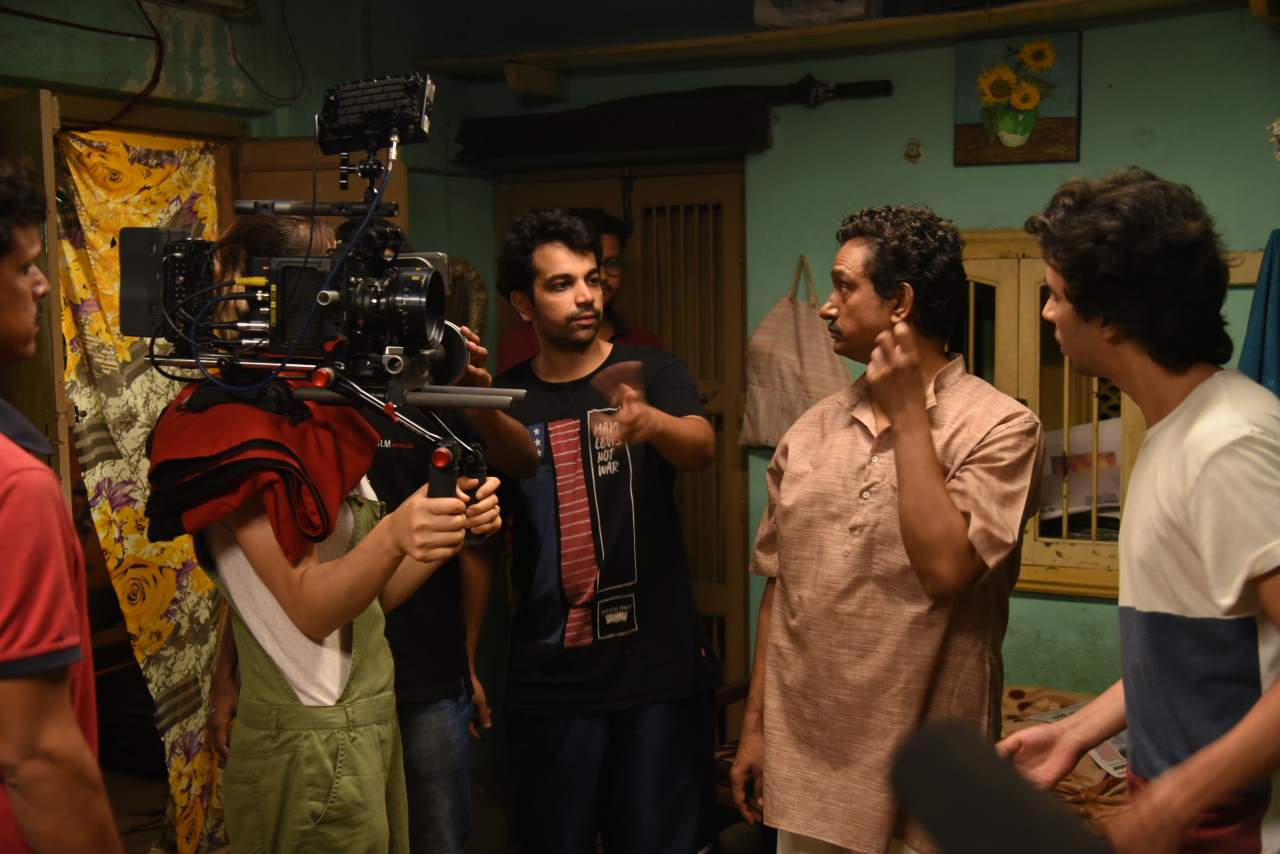 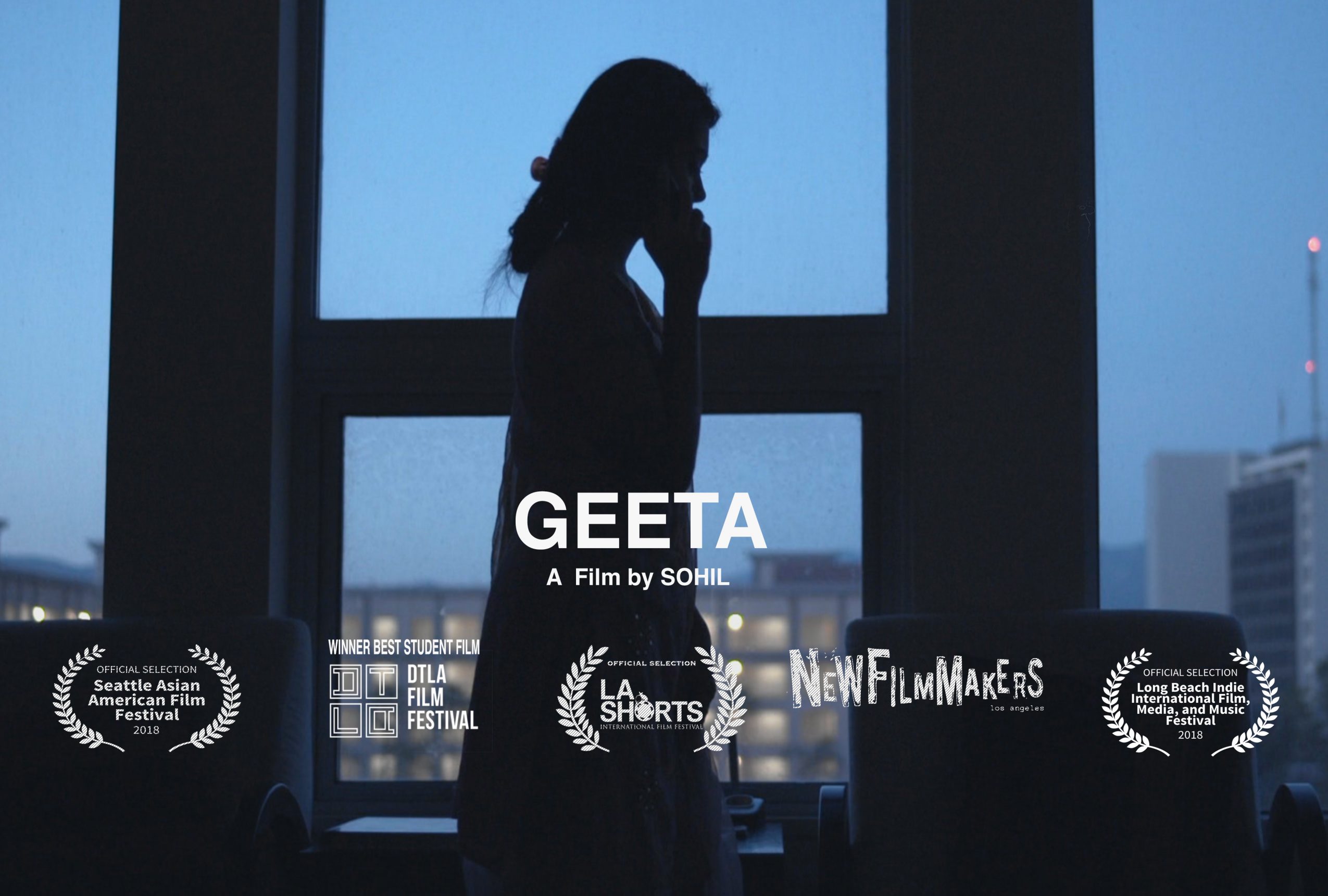 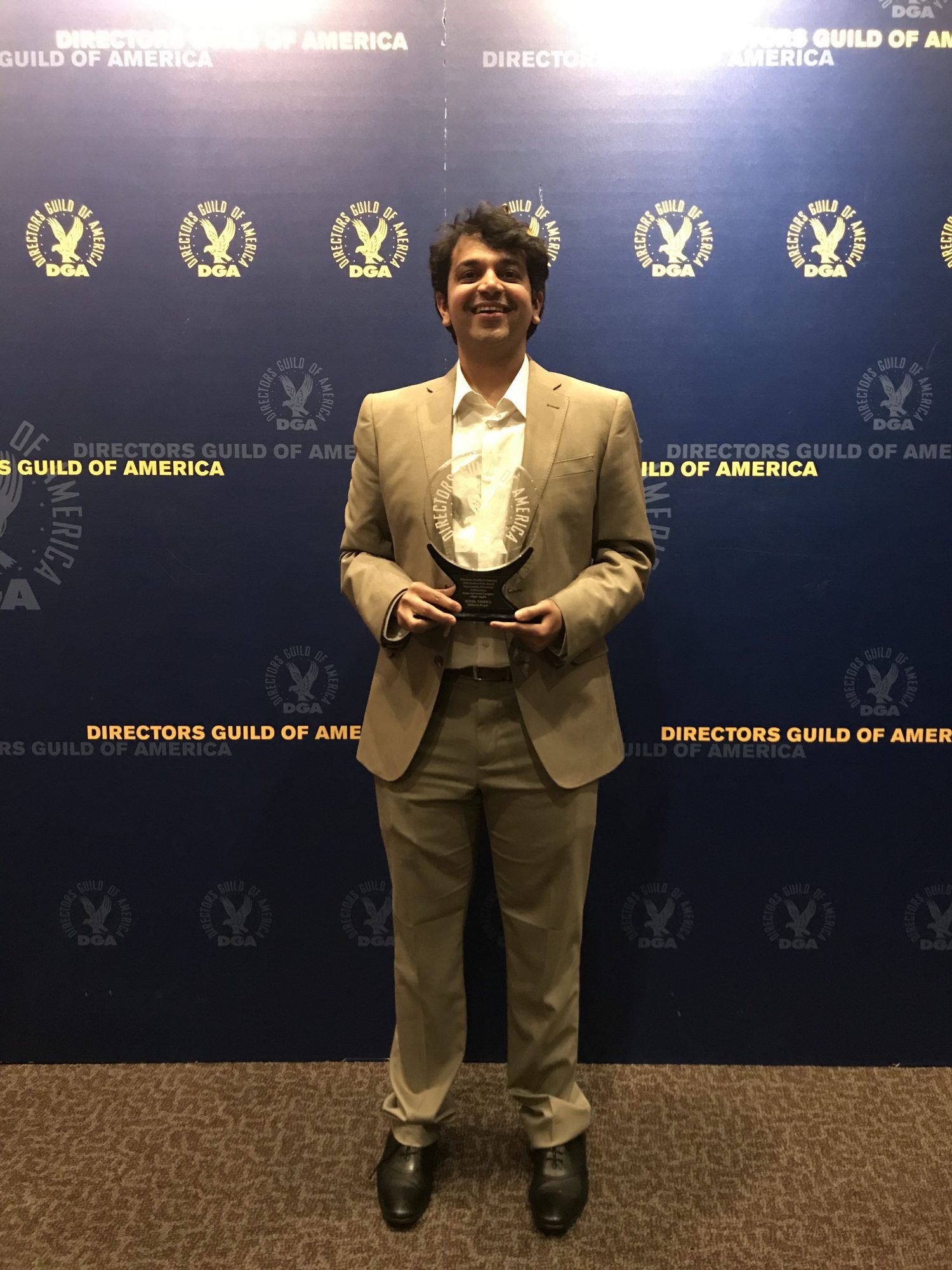 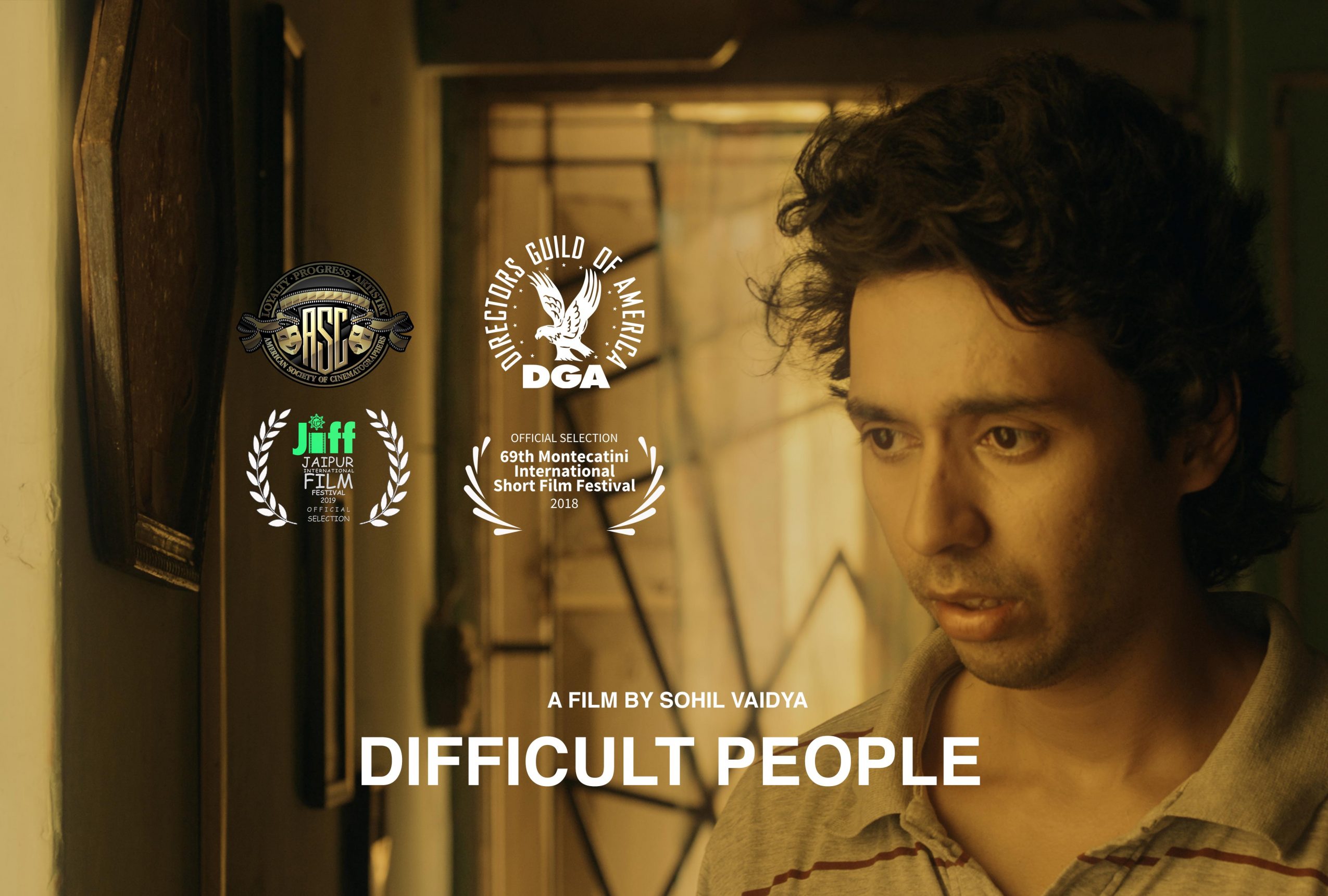 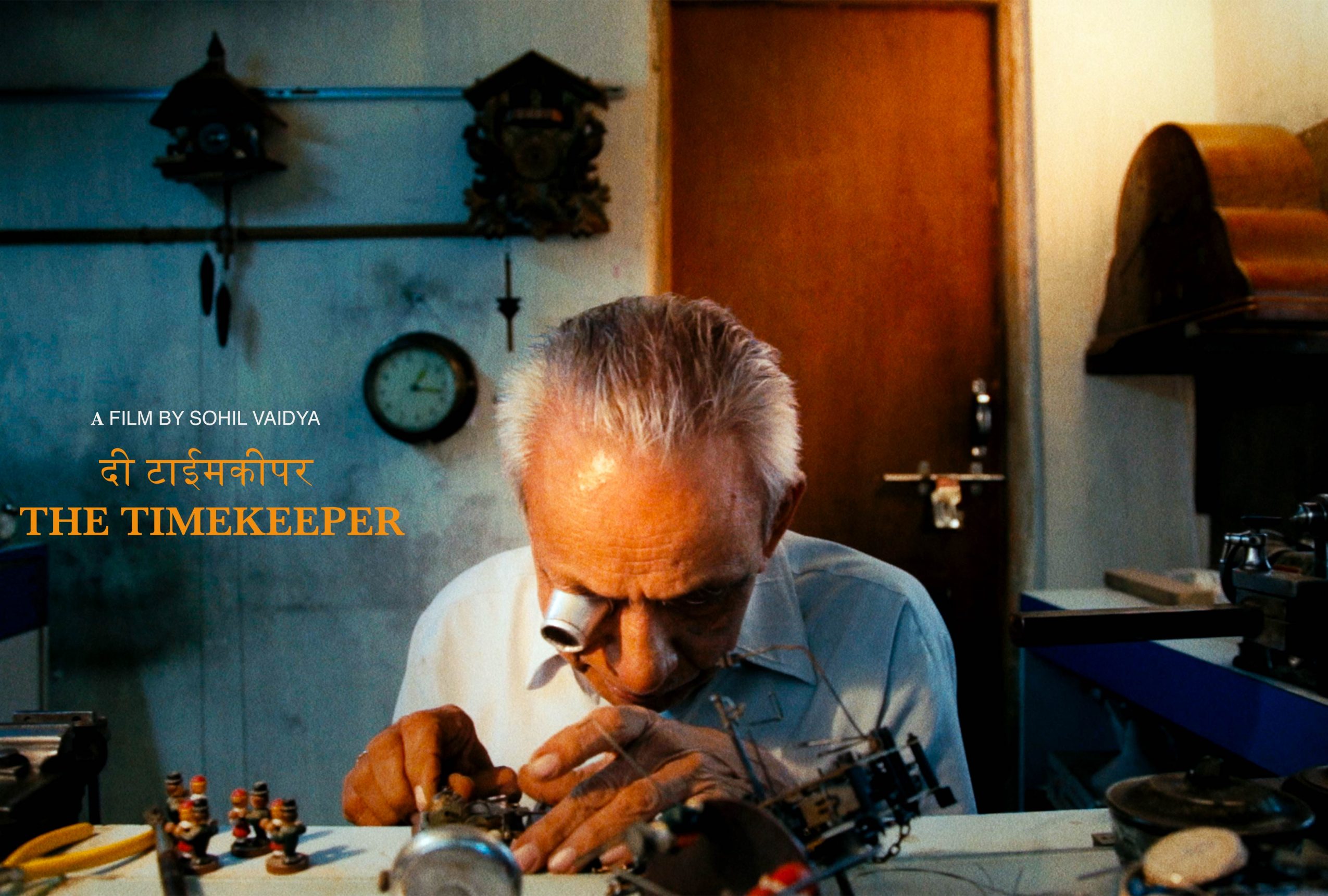