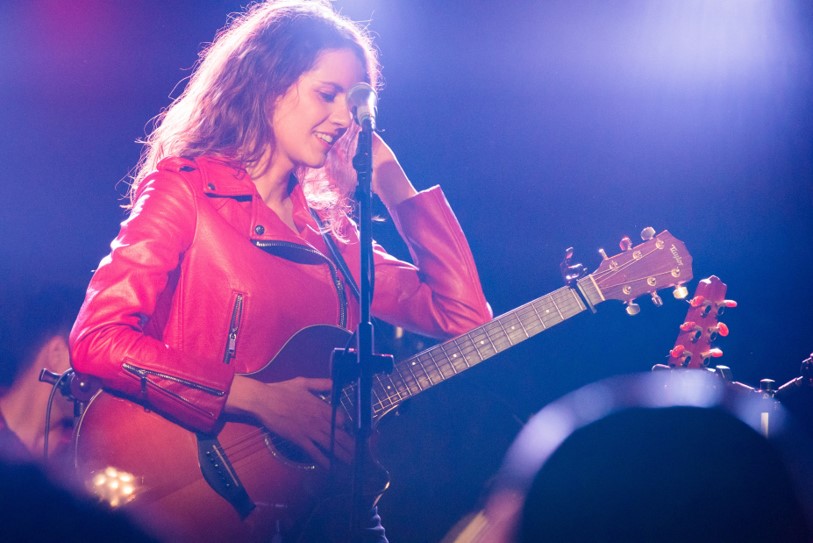 Today we’d like to introduce you to Sherri Anne.

Canadian born and now California-residing Sherri Anne is at the core of Sister Speak, an indie-pop (and rock/blues/world music) entity that creates warm, uplifting, and thought-provoking music. Sister Speak’s forthcoming EP combines Indie/Pop and electronic music into a refreshing new sound. After recovering from a major injury, Sherri Anne has set out to share her passionate songwriting and hopeful message around the globe. Sherri Anne’s formative years were spent on Vancouver Island, BC in Canada where she first learned to sing at family gatherings. At the age of 10, her family moved to Vancouver, BC and then to the Okanagan. It was here where Sherri Anne began to perform live and entered her journey as a musician and songstress. A field hockey scholarship brought her to Chicago, IL for University and after graduating Sherri Anne made the choice to pursue music. Her trip home from college was her first national tour.

With two suitcase and without a car, she booked herself a tour from Chicago back to British Columbia with her belongings. Shortly after she moved to San Diego, California where Sister Speak was officially formed. The new city welcomed her with open arms and in 2017 Sister Speak was voted “Best Pop” at The San Diego Music Awards. Sister Speak performs as a solo act and as a band. The core of the band has now made the Los Angeles area their home. Recently, Sherri Anne aka Sister Speak has embarked on her first-word tour in support of The Stand EP. The making of the music: In 2012, Sherri Anne was healing from a major pelvis break. While in recovery, Anne’s experience of extreme vulnerability opened the channels to pursue what truly inspired her and it was during this trying time when the majority of the songs for Sister Speak’s debut album ‘Rise Up For Love’ came through – imbued with the notion of rising out of whatever hardship is going on and coming back to the people, to the world, with the desire to share compassion, life, and love. Since her return to the stage, Sister Speak has performed over 500 shows around the world and aired on radio such as CBC Canada, BBC Europe, and NPR and local Commercial stations.

After the group opened for Air Supply in San Diego, Anne connected with producer Avli Avliav who was subbing as keys player for Air Supply that night. This led to the making of Sister Speak’s sophomore record ‘The Stand EP,’ This ‘folk-electronic’ experiment was recorded at Avli’s studio in Los Angeles, with the first single “The Stand,” released with a music video filmed abroad during global travels. “The Stand” was written on a rooftop in Mexico in the wake of a tropical storm during Sister Speak’s first international tour. “The song is filled with an insurmountable flood of emotion about what had happened to so many of the earth’s most gorgeous places and to the people there,” says Sherri Anne. “Mostly a result of imperialism and aggressive religious pursuits.”

For the video, Sherri Anne traveled to Peru and Bolivia with a film crew for two weeks, capturing footage at Machu Picchu, Cusco, Puno, and other sacred sites. It was a daunting, bold and spiritual journey that reflected the pure conviction of the song. A call to be courageous and vulnerable in this highly complex socio-political atmosphere.
Sister Speak has played notable venues such as headlining at The Hotel Cafe in Los Angeles and performances at various legendary southern California venues – L.A.’s Moroccan Lounge, The Viper Room and The Santa Monica Pier, The Coach House in San Juan Capistrano, Soho Santa Barbara, and headlining at Belly Up Tavern and The Casbah in San Diego,

The Stand EP World Tour has made stops in Canada, USA, Belize, Costa Rica, and Germany, with new dates being added. Many of the tours combine music and giving back through field hockey. As a solo act, duo, and band, Sister Speak aims to share message-driven music and support the authentic expression of the woman’s voice through music.

Sister Speak performs at The Troubadour in Los Angeles with the full band Friday, July 12th. Tickets on sale soon! They will share the bill with Vaud and The Villains.

Has it been a smooth road?
It has been a road of many risks, but as long as my heart is behind it, inspiration tends to lead the way! And the journey tends to work itself out!

The struggle seems to shift each year with perspective. Things that seemed tough at first, like staying healthy while traveling, seem to get easier and I think the body, mind, and spirit adapt. One of the biggest struggles was letting go of distractions and pursuing writing and performances at concert venues that feature original music – places designed for engagement through music. That is the biggest risk I had to take and trust that we would develop a fanbase. I had to just dive right in and keep writing, and keep performing – both solo and with the band. You have to start somewhere!

So, as you know, we’re impressed with Sister Speak – tell our readers more, for example, what you’re most proud of and what sets you apart from others.
I play guitar and sing. Sister Speak is my recording alias. Concerts are performed mostly solo or as a full band.

I don’t know what I’m proud of. I am super excited about touring internationally, especially Germany! And playing at The Troubadour in LA Friday, July 12th (tickets on sale soon)!

I love traveling with music. I like to focus on what brings us together so I am not sure what sets Sister Speak apart. I see music as a major connector of nations and people. Maybe just that, a desire to connect communities and people in a sometimes isolated North American world.

I met “Seal” (the artist) on a hike in LA, and he had amazing words of wisdom. He said music is “The Last Oracle” and those words hit home powerfully.

Let’s touch on your thoughts about our city – what do you like the most and least?
Los Angeles has so many hikes! I love hiking and how close we are to the ocean. I love Santa Monica and how much it seems to support the green movement, holistic ideas, and new ideas in general (hopefully earth-friendly!).

I don’t like the air pollution. I hope the air quality gets much better over the years and policies are put in place to support cleaner air for all. 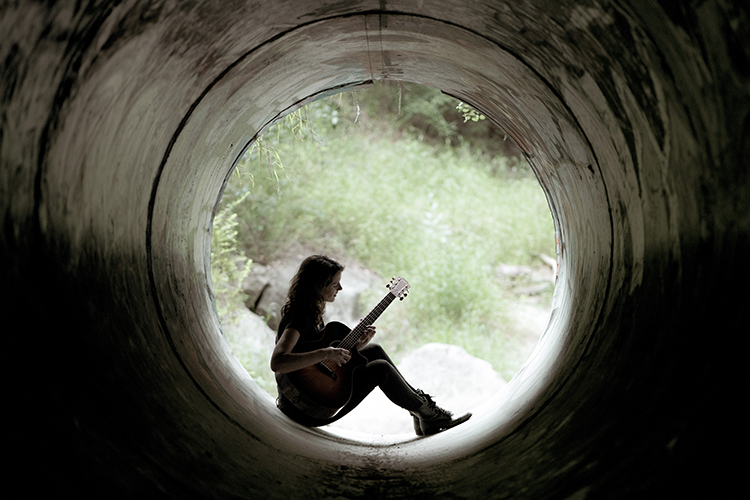 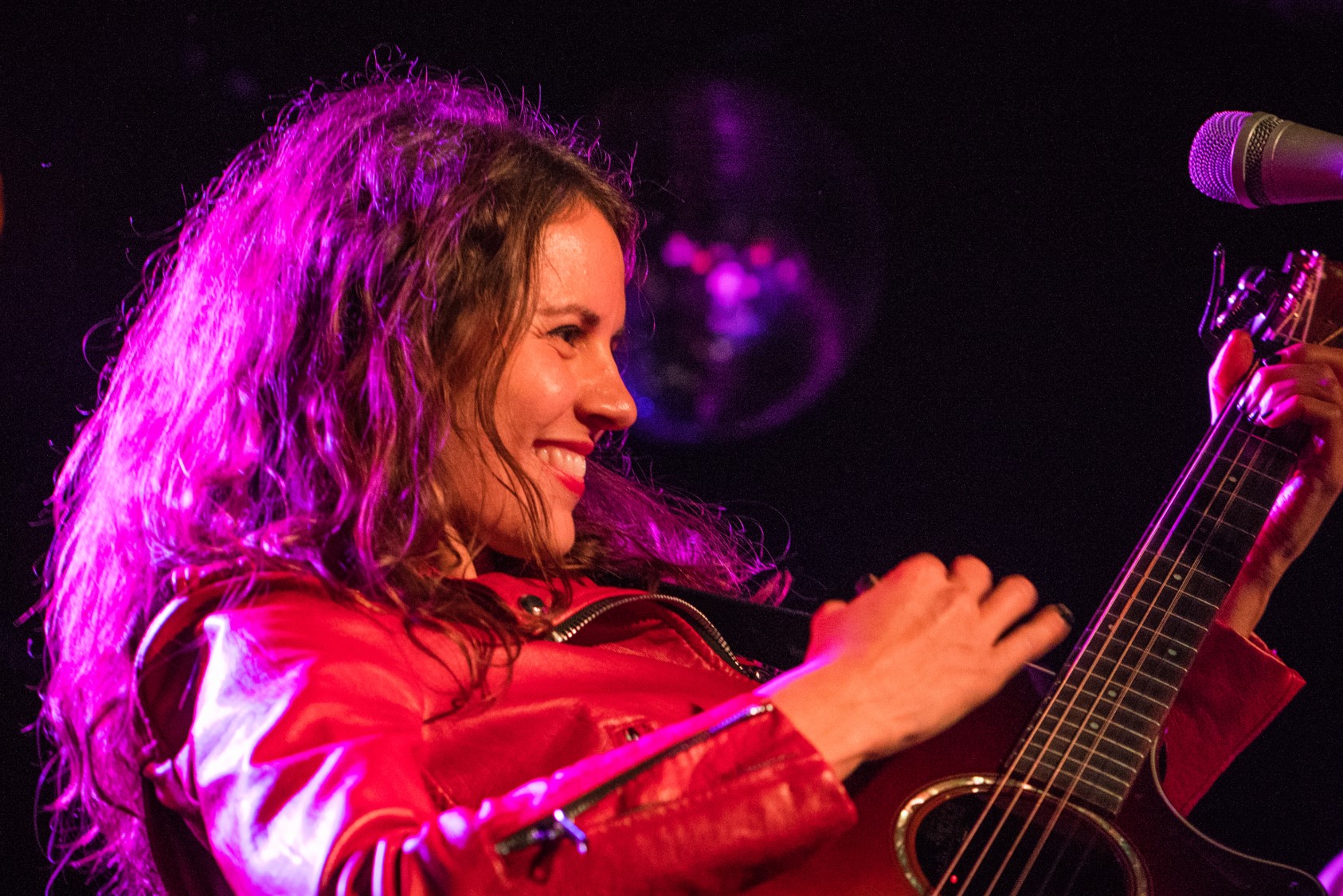 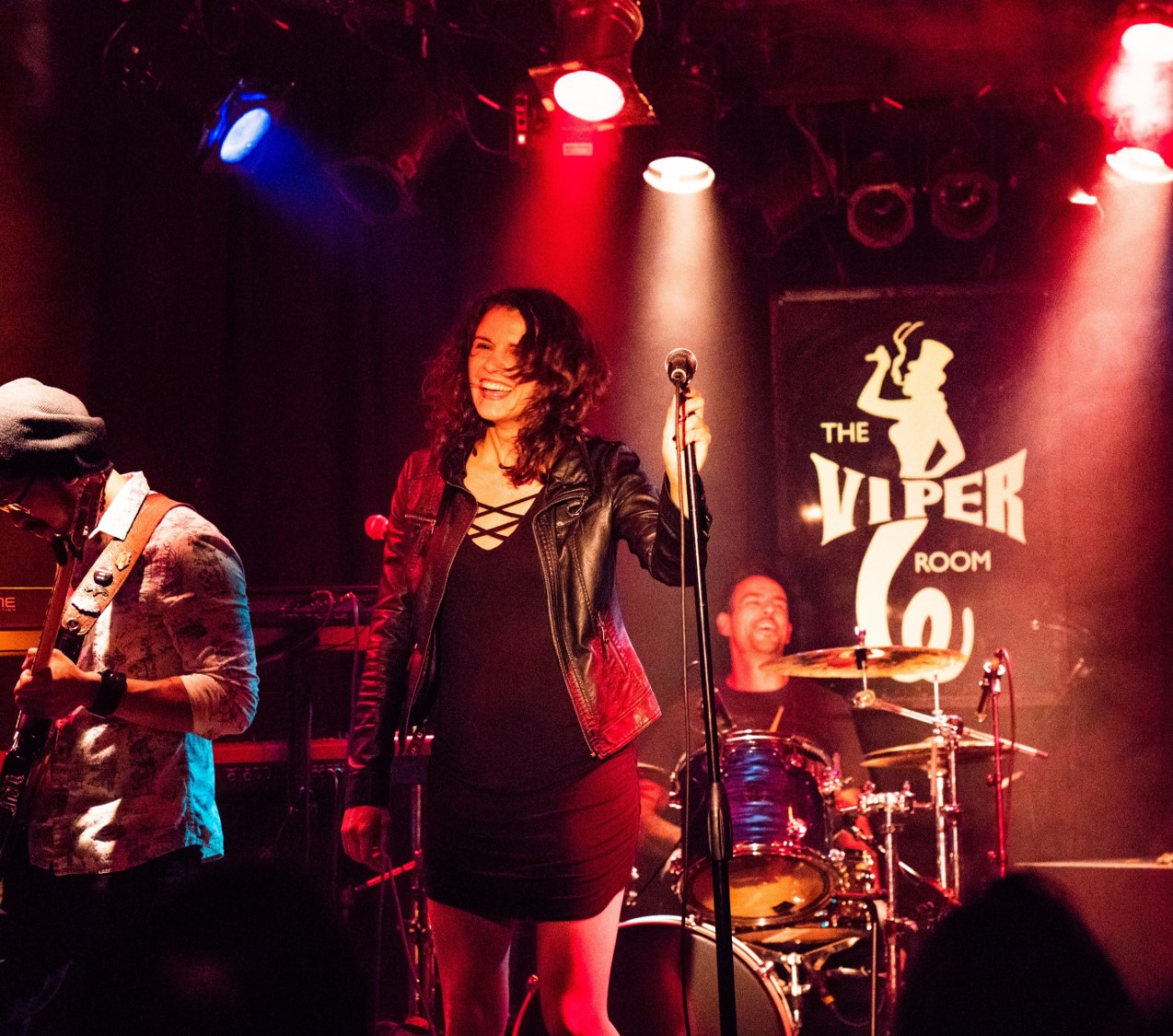 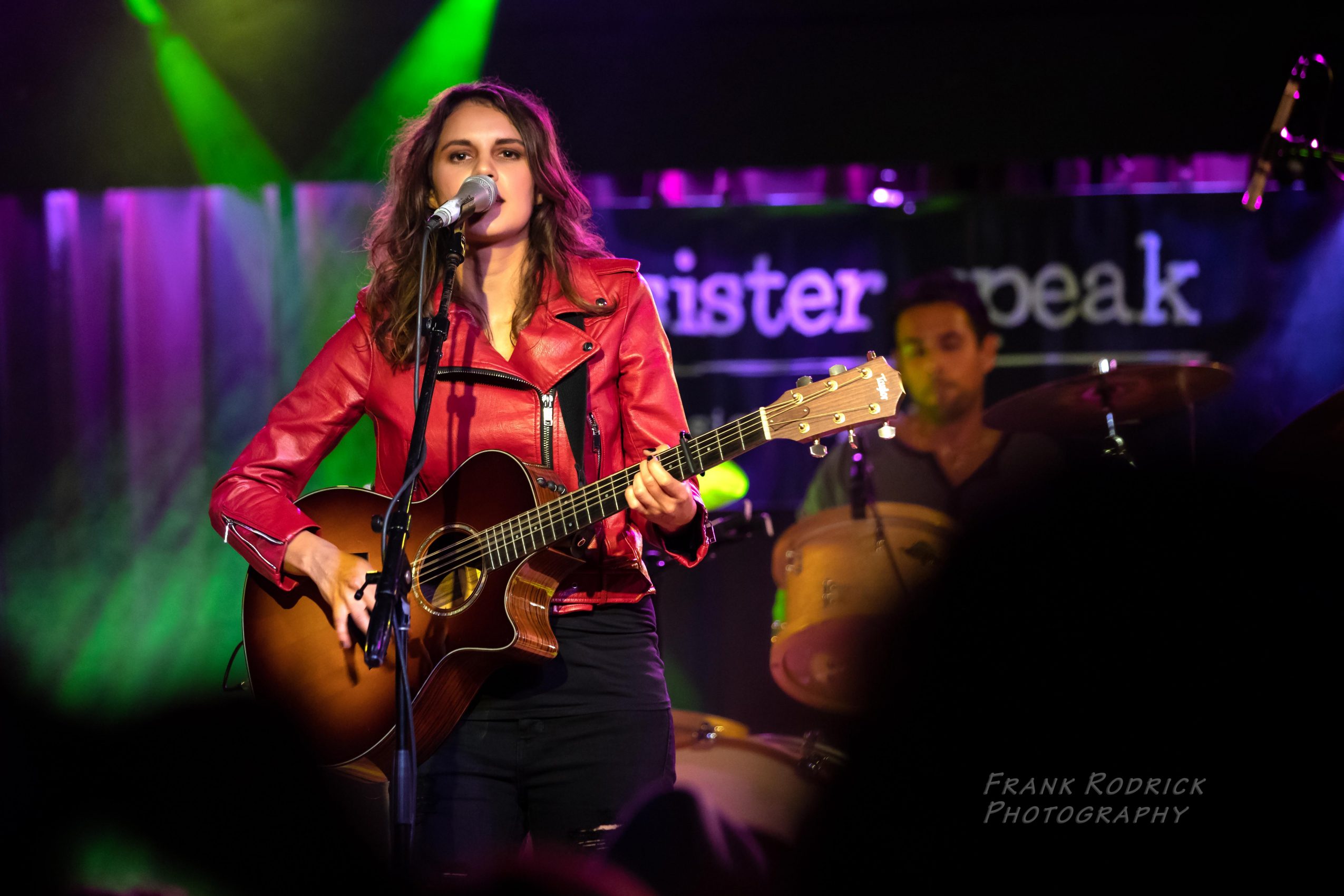 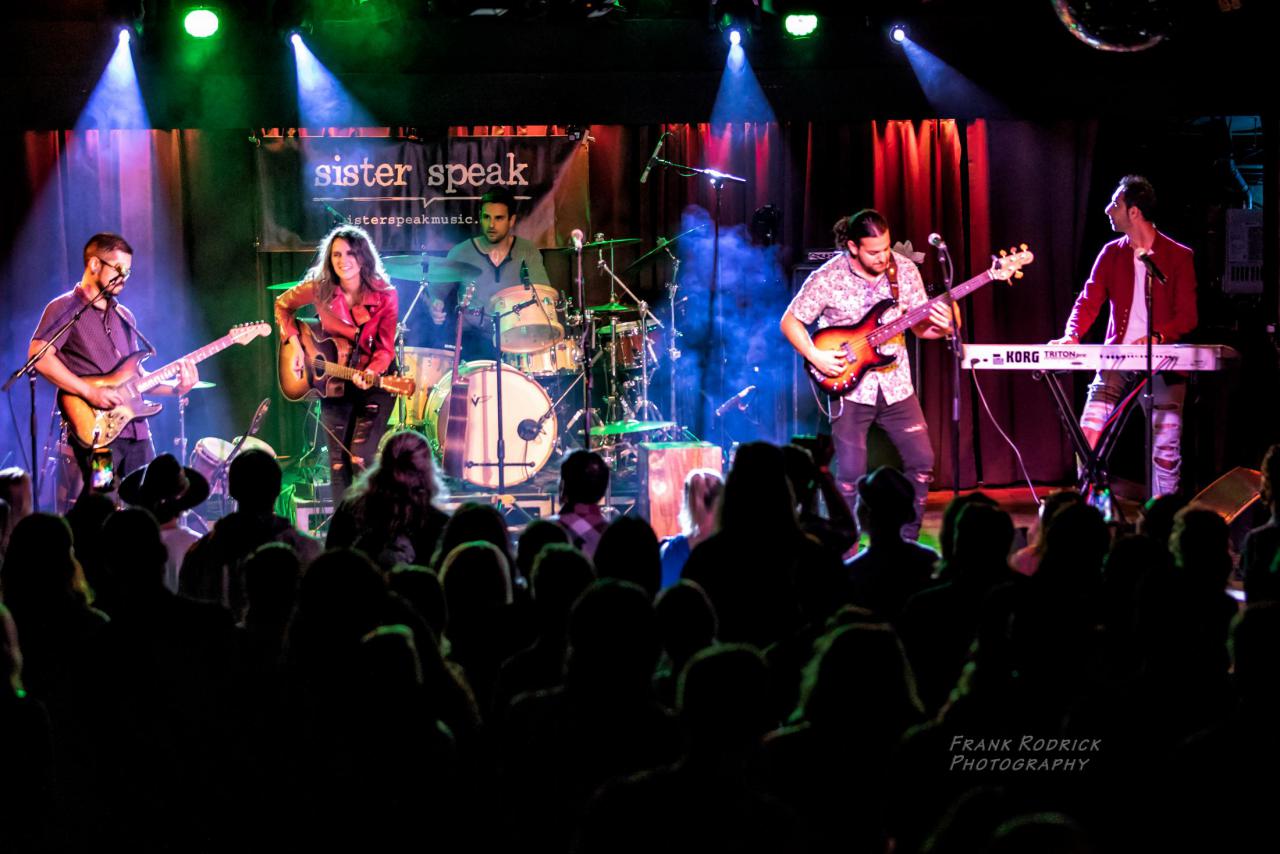 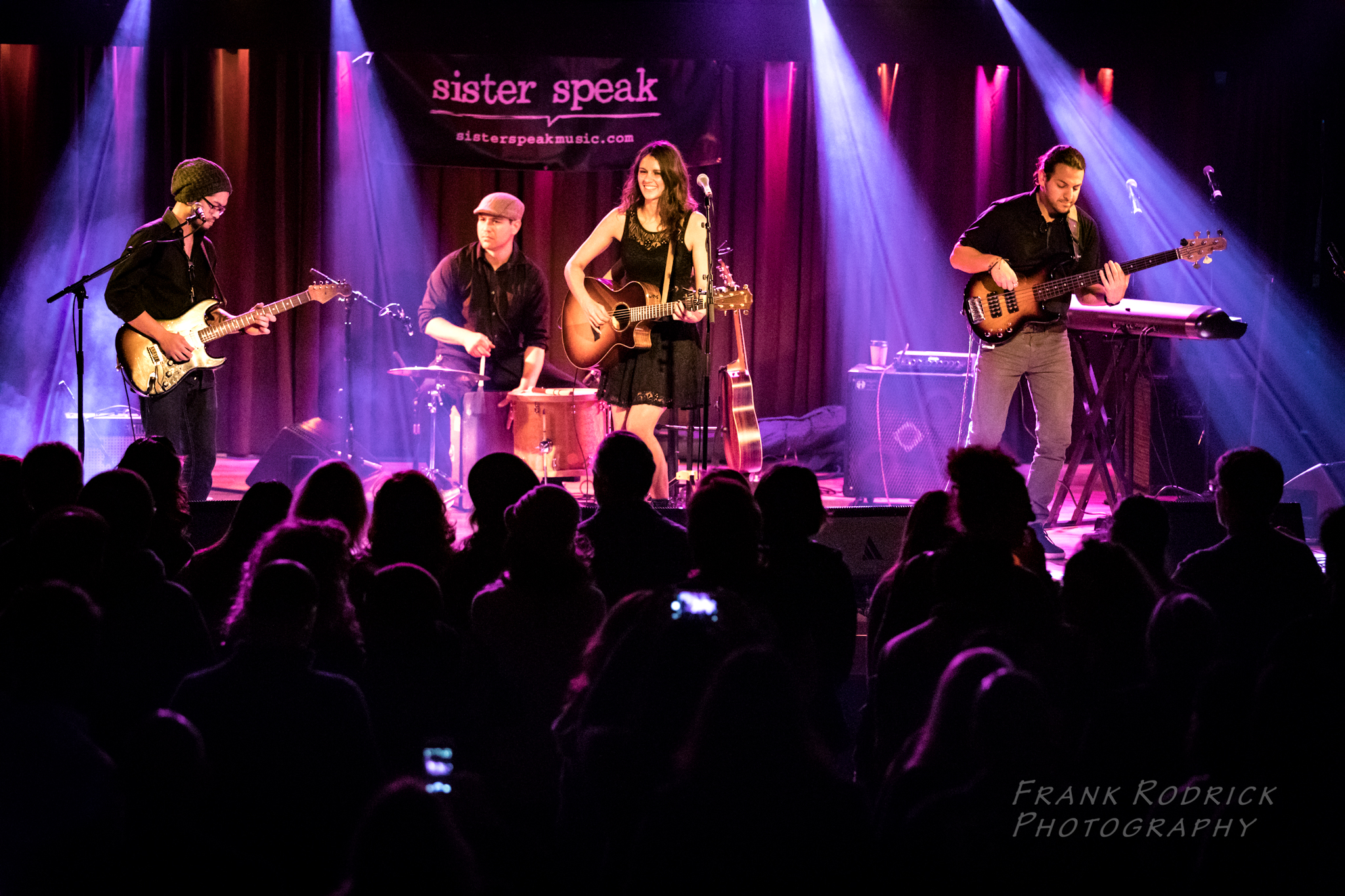 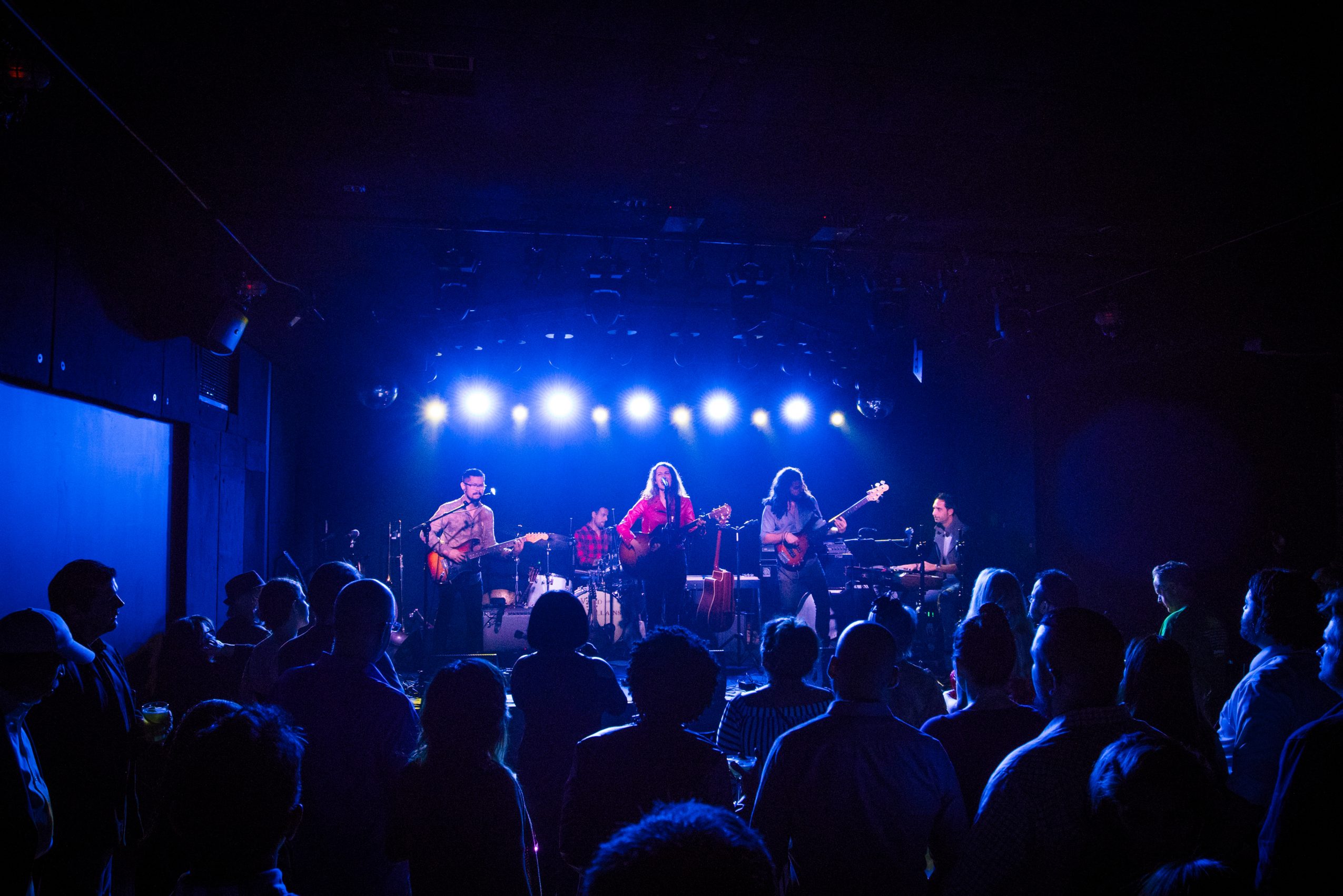 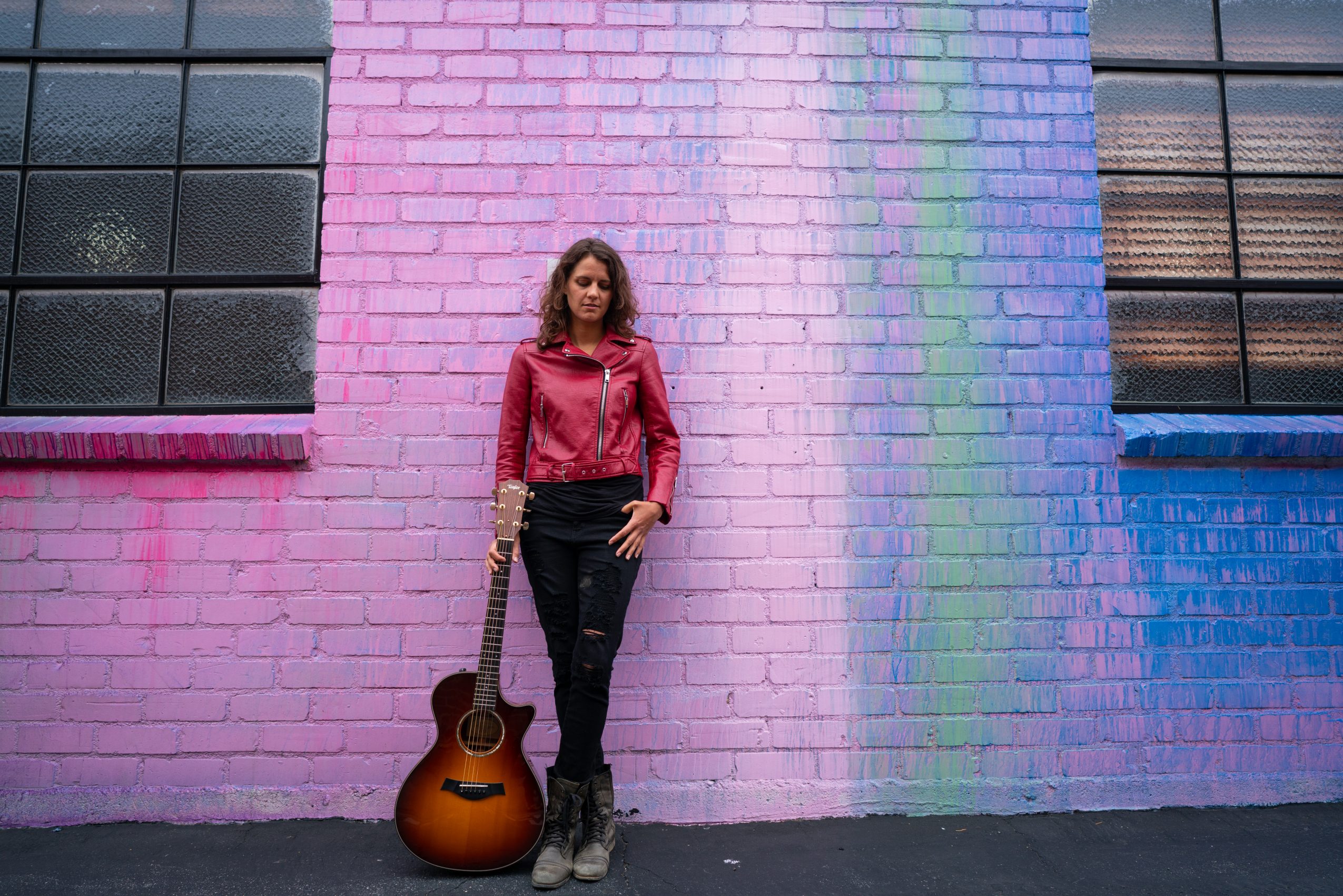 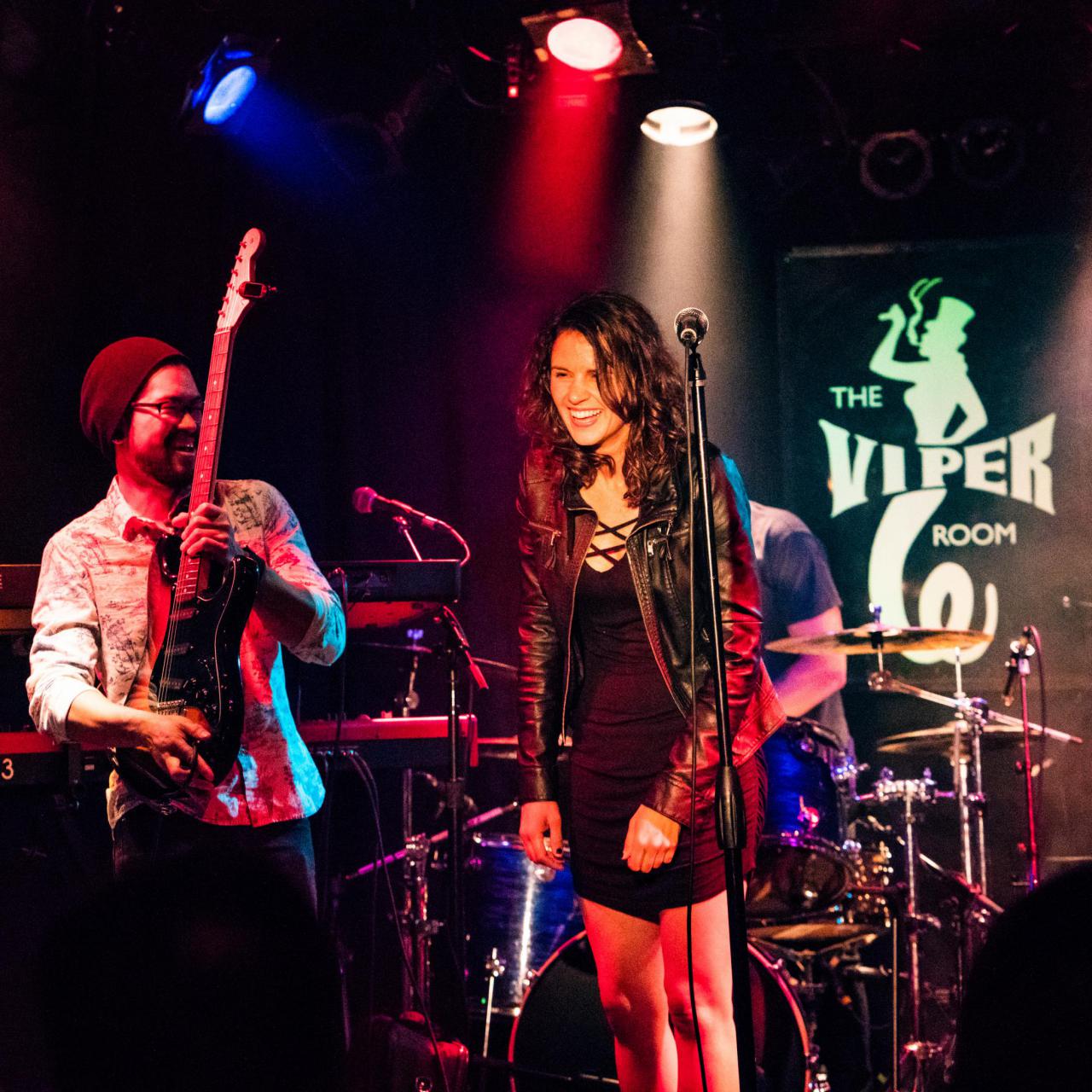 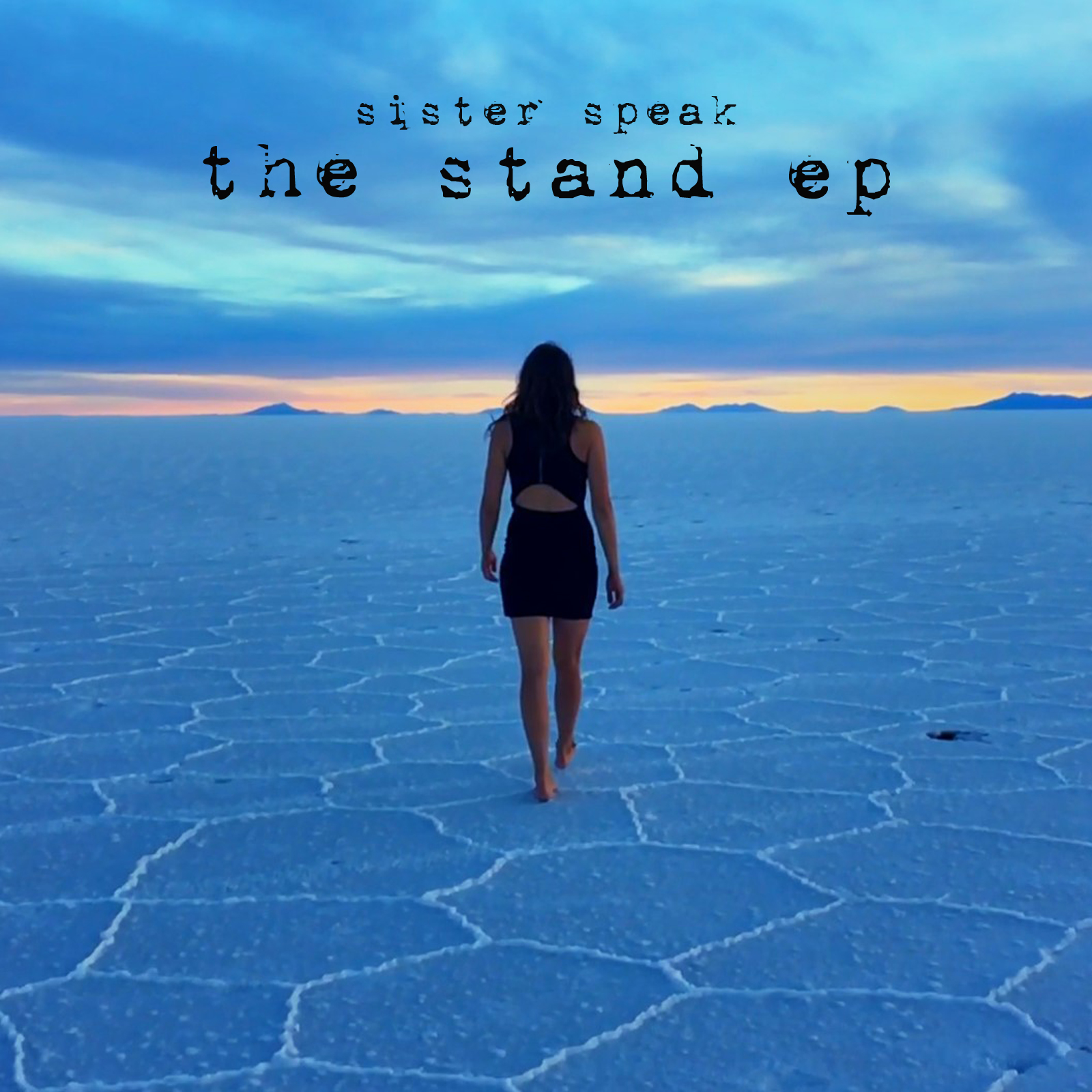 Image Credit:
Photos by Will Stockwell