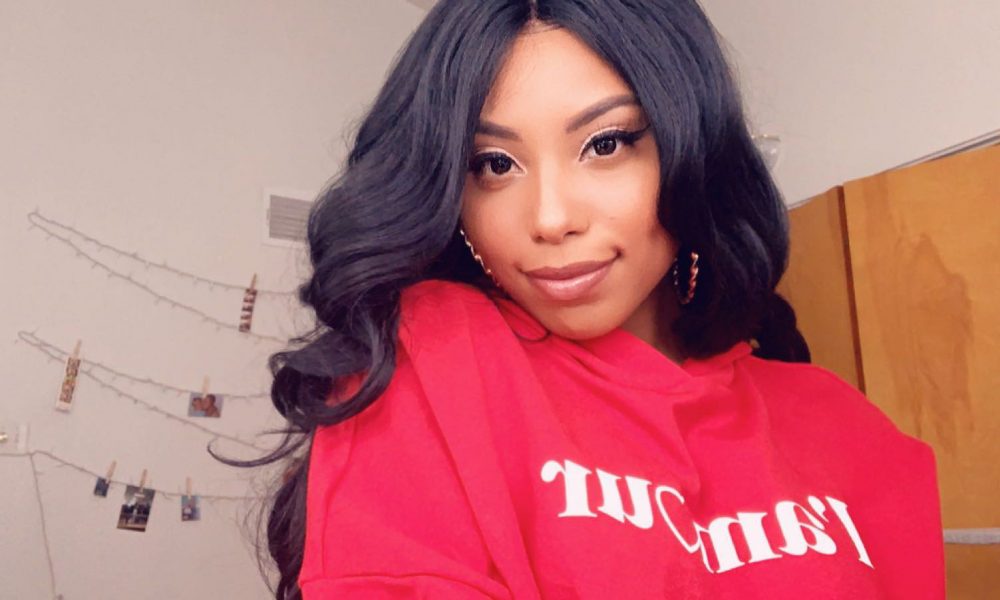 Today we’d like to introduce you to Sincere Williams.

So, before we jump into specific questions about the business, why don’t you give us some details about you and your story.
I’m originally from a small suburban town called Gurnee, which is north of Chicago.  Growing up, I’ve always known I wanted to either be a model or criminal defense attorney.

I did go to college for a few years, but took a break due to my financial situation. I started dabbling in modeling in 2015, and then I picked up again around October 2016. I was definitely confused for a while on how to get started. I had to learn the difference between being a signed model vs. a freelance model. I had to learn to make connections and network. I also had to learn how to pose, dress myself, do my own makeup and hair.

Ironically, Instagram was a huge tool for me in all those aspects. I reached out to photographers in Chicago and took off from there. I started to meet other photographers, stylists, and MUAs. I looked up a lot of ideas and inspirations on Instagram as well. From there I networked my butt off in Chicago. I was even doing work in Milwaukee as well. I’ll never forget working with a photographer named Chris from Racine, WI.

My sister had introduced me to him once I really wanted to get into modeling. Chris helped me so much with my modeling from posing, learning about lighting, ideas, creativity, and overall he is a good friend. I worked with Chris a lot when I was living in Illinois. By the end of June 2018, I relocated to California. My husband is in the Navy, so we were stationed here. I have been to California many times before and I’ve always loved it here.

My goal is to become a signed model while I’m here for the next few years. I had to restart my networking in LA since I didn’t really know too many people. But of course, Instagram helped with that as well. Since living here, I have been doing a lot of work such as doing news segments and hair modeling, but I’m hungry to do so much more. I study models such as Naomi Campbell, Tyra Banks, and Duckie Thot to improve myself as a model. I pose in my mirror at home all the time to practice.

I envision myself on the cover of Vogue magazine and see myself on billboards all over the world. Even though I’m a 5’2 model, I see myself walking for Chanel and Balmain. I stopped myself from doing a lot of things simply because of my height, but I want to be that model to make that change. The modeling world has changed a lot since the ’80s and ’90s.

To be the first signed model under 5’8 walking in high fashion is definitely a dream that can become reality. As any dream can as long as you stay consistent and believe in yourself. I can’t wait to show the world what I’m made of.

We’re always bombarded by how great it is to pursue your passion, etc. – but we’ve spoken with enough people to know that it’s not always easy. Overall, would you say things have been easy for you?
It’s never an easy road to success. I’ve definitely been told a lot of no’s than yes’s. That is sometimes discouraging, but you have to keep pushing because, in reality, all you need is that one yes. Also, in August 2017, my dad and brother passed away, and I honestly thought I’d quit modeling from there.

That was probably the biggest bump I’ve ever experienced in my life. I had to tell myself that they wouldn’t have wanted me to stop my dream and to keep going even though it would be hard without them. I definitely have my sad days, but I also have a lot of good days.

I keep them in my heart as motivation, and I have my mom, husband, close friends, and family members to help as well. There’s nothing like having a great support system.

We’d love to hear more about what you do.
I’m currently a freelance model. I do mostly commercial and print as of now. I’d really love to do a lot more beauty work though. People know me as the girl from lake county doing big things. Even though the things I’ve accomplished thus far aren’t that big to me, I do look at them as stepping stones into something bigger.

What makes me proud is the small things I’ve done pretty much on my own. A lot of the times, I do my own hair, makeup, put outfits together, scheduling, etc. A lot of people think modeling is so easy, but it’s really a full-time job. It also makes me happy when other inspiring models ask me questions or look for advice on how to get started. To think I was where they were now only two years ago shows me I’ve had a lot of growth.

I think what sets me apart is my determination. I keep going no matter what. No matter where I’m located or how far a job is, or how difficult a job may be, I’m there to work. The only thing that can stop me is me.

Has luck played a meaningful role in your life and business?
I’d say good and bad luck has played a role in my life. Good luck would be from the people I meet, the jobs I’ve accomplished such as magazine publications, features on websites such as Rihanna’s Fenty Beauty website, doing news segments, walking in LA fashion week, and I’ve even done some extra work on the show Empire in Chicago. I’d say the only bad luck thus far would be from losing my dad and brother. 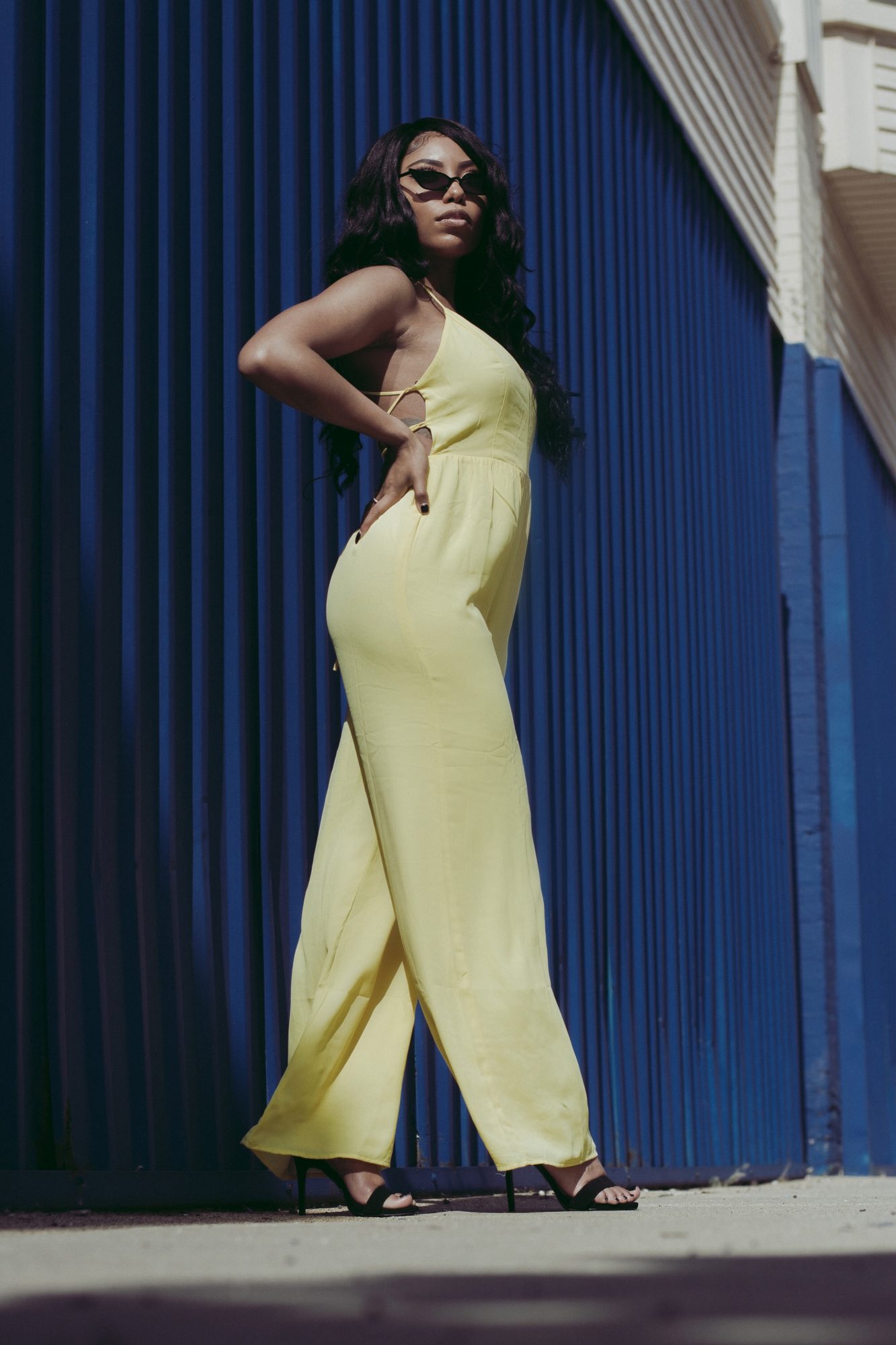 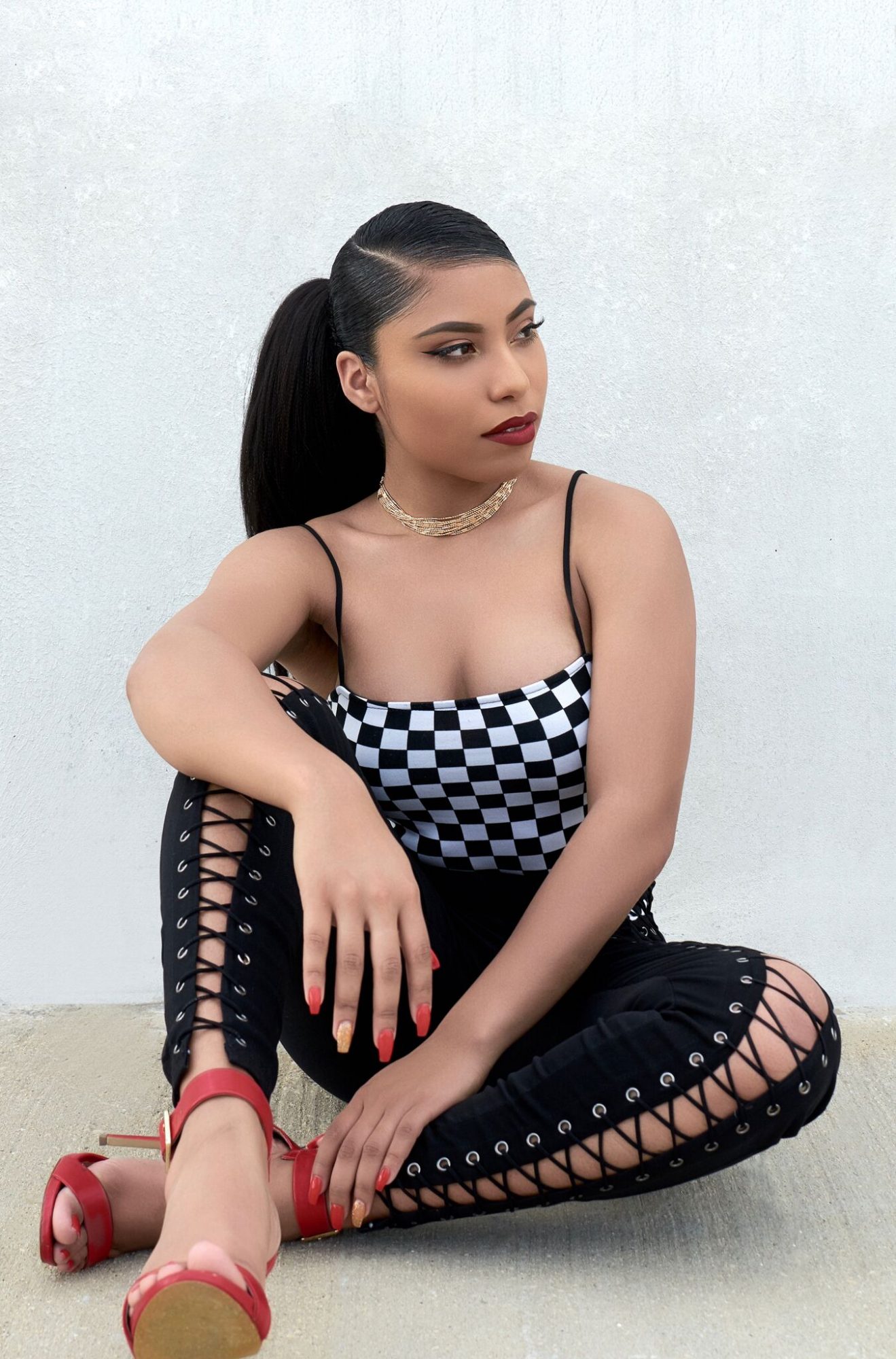 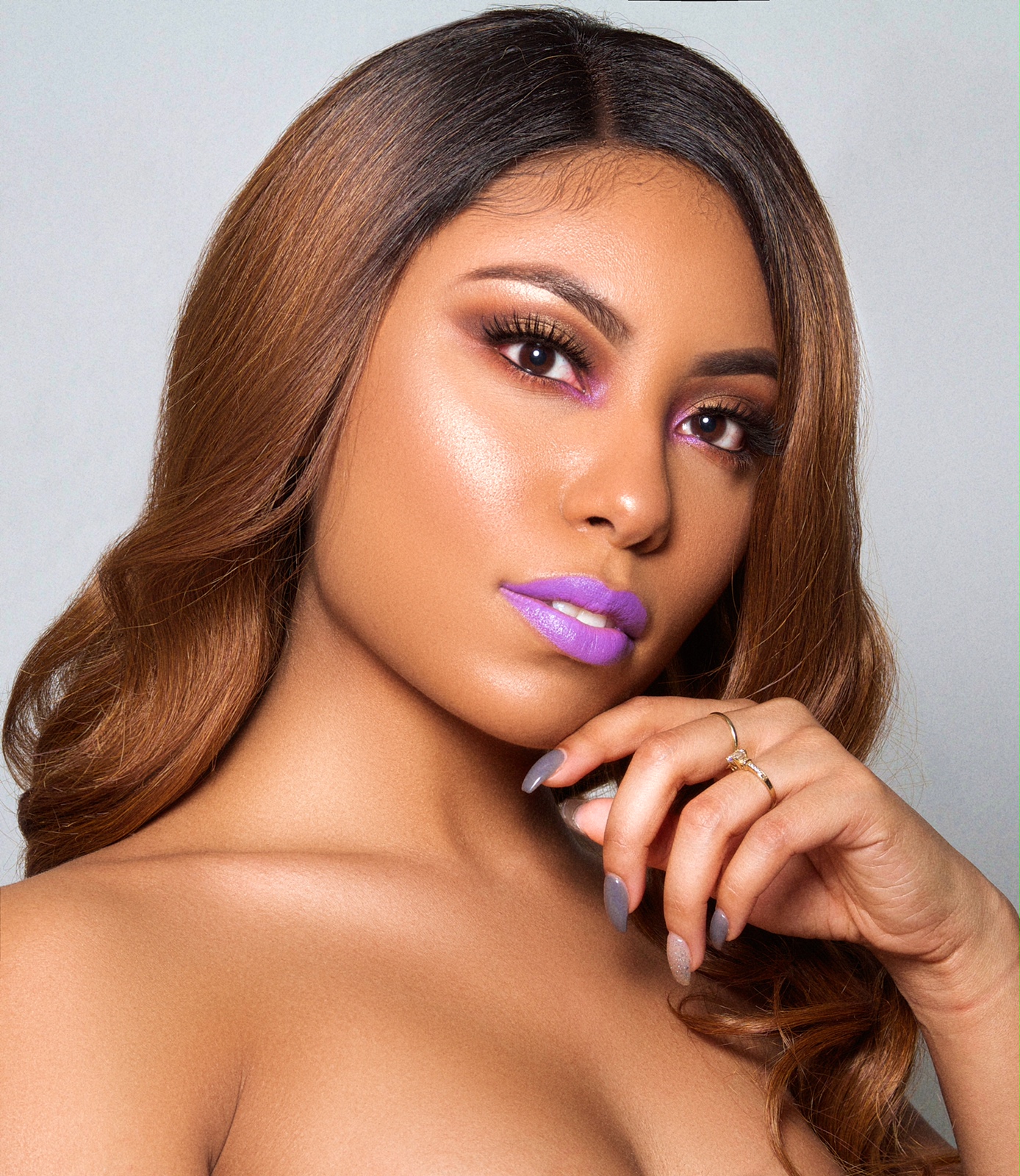 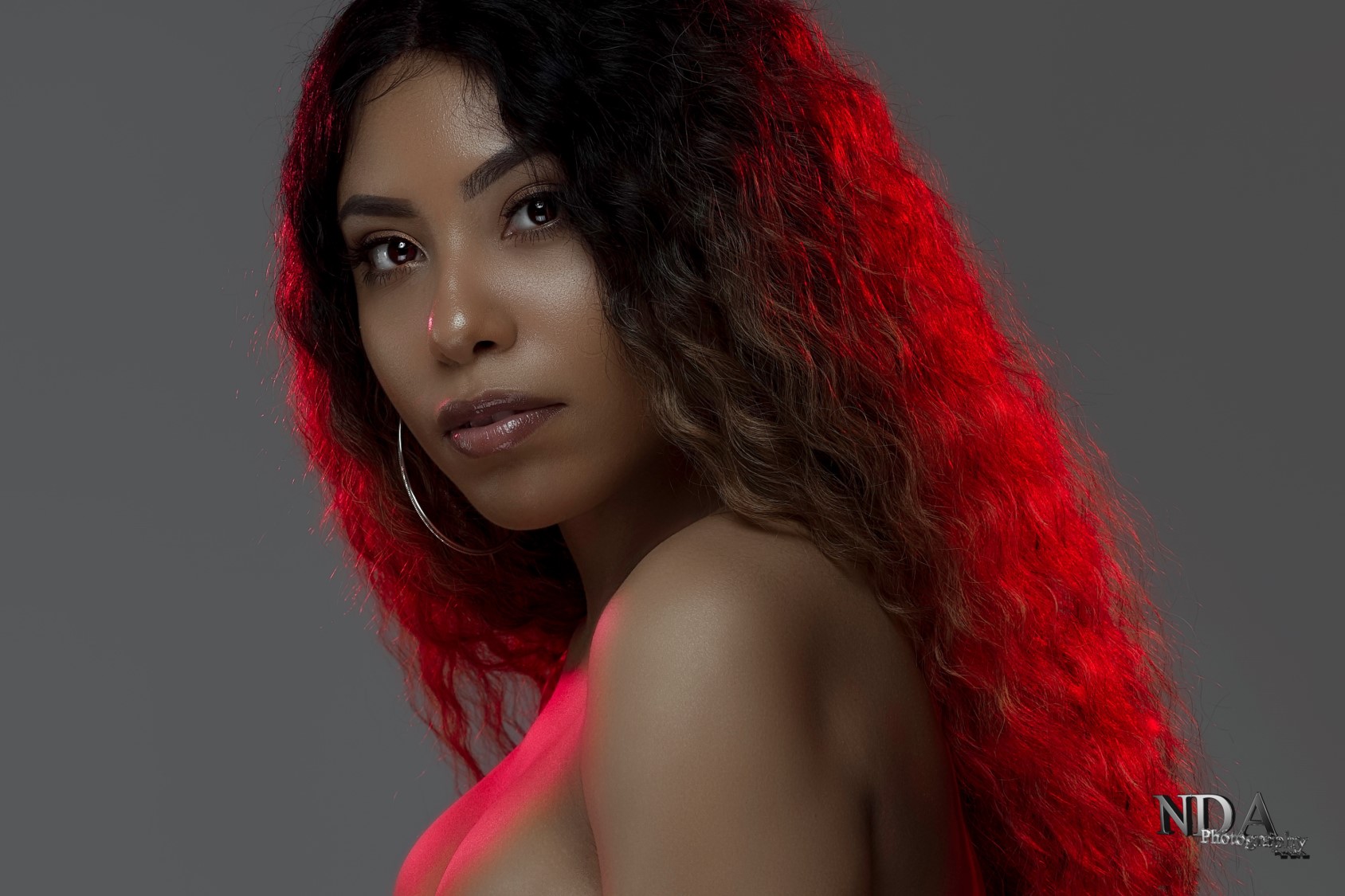 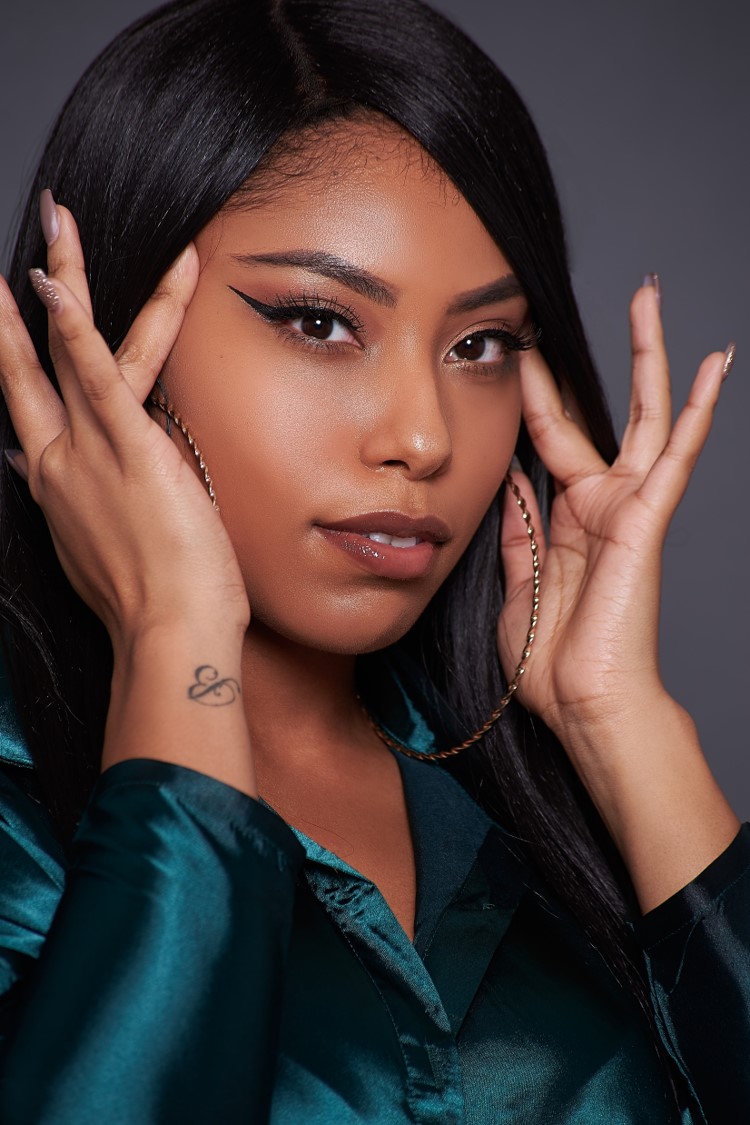