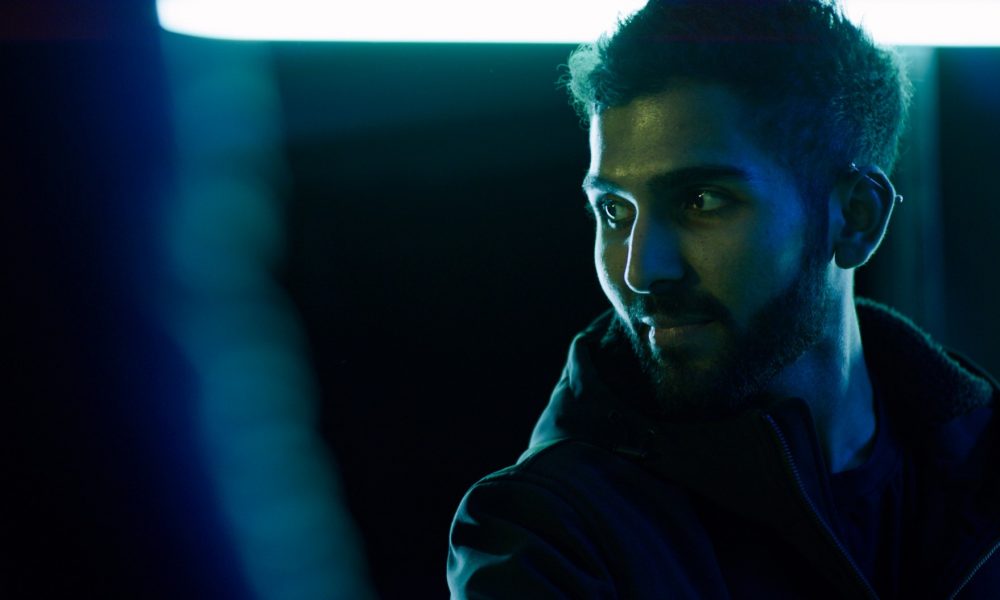 Today we’d like to introduce you to Shivin Grover.

Shivin, please share your story with us. How did you get to where you are today?
Director and Creative Producer would be the best way to describe myself. My films revolve around human struggles set in visually stylized worlds, created to take the audience on a cinematic journey.

Our projects advocate for feminism and LGBTQIA+ rights, aiming to inspire acceptance and equal representation in cinema.

In 2015, I decided to move to Los Angeles to pursue a Bachelor’s degree from New York Film Academy and have stayed ever since. My biggest intrigue with this city is with its people. This city surrounds you an overwhelming amount of inspiration and has served to introduce me to some of the most inspiring artists, which in turn reflects in my work.

I was born into a blessed family in Mumbai, India, I have been drawn to the entertainment industry since my early childhood.

I spent my early adolescence on film and TV sets as a child actor and quickly found my fascination with this industry. I then went on to be an active part of my high-school drama club. At 16, I started training professionally in dance with an Indian company where I went on to spend the next five years as a performer, teacher, and choreographer.

During these years, I was mentored by the most incredible artists who encouraged me to explore my creative energies. The circle of life brought me back to films as an assistant choreographer to the Bollywood choreographer and artistic director Ashley Lobo. With him, I worked on Bollywood productions like Anurag Kashyap’s Bombay Velvet, Imtiaz Ali’s Rockstar, Lekar Hum Dewana Dil and One By Two.

In 2015, I decided to move to Los Angeles to pursue a Bachelor’s degree from New York Film Academy and have stayed ever since. My biggest intrigue with this city is with its people. This city surrounds you an overwhelming amount of inspiration and has served to introduce me to some of the most inspiring artists, which in turn reflects in my work.

Overall, has it been relatively smooth? If not, what were some of the struggles along the way?
Not to reinforce the stereotype but aspiring to be anything but a doctor or engineer comes with its own set of consequences. That being said, my mother has been a constant pillar of support, supporting with my artistic expressions of choice. It took some nights of heated discussions, but we managed to win over my father’s support too. He instilled me with a strong understanding of the functioning of a business, which informs my producing skills.

I have grown to enjoy the struggles that come with trying to be an artist of any sorts. I say “trying” because it’s during this incubation period where you, as an artist, are striving to find your own voice and keep your head above water, where you face the most amount of self-doubt.

Yes, there have been sleepless nights of hunger pangs. Yes, there has been overwhelming pressure, most of it self-inflicted. And yes, there have been moments of serve contemplation to try something more predictable. But those are also the same moments that I can say have honed my will to be committed to this journey as an artist.

For me, the beauty of humanity lies in the moments we hide and bury deep inside. It’s a fascination with human struggle, pain, and passion that fuels me as an artist.

We’d love to hear more about what you do.
My team and I are storytellers. We are a group of individual artists with our own areas of intrigue and specializations. The magic of filmmaking lies in the magic for collaboration, and I live by this. My team is the reason any of our previous projects have been as special as they have. I believe in picking artistic with experiences and/or ambitions towards the story and facilitating their skill to create the emotion. That’s what it’s all about, isn’t it? Emotion.

I work in a very close partnership with my brother, Sohail. Having been raised together and lived two different versions of what looks like the same life to an outsider, the difference in our perceptions makes us a very interesting duo. He brings his background in costumes and cosplay into the production design, and I channel the choreographer in me in movement and performances, and together we aim to create a cinematic emotion.

Our most recent project, “THRIVE” is a queer rights short film in collaboration with Jesse Carmichael for 2mm films.

Any shoutouts? Who else deserves credit in this story – who has played a meaningful role?
I have been honored and blessed to have had some of the most amazing mentors who have constantly pushed and inspired me. My mother has been the biggest influence on my brother and I, allowing and encouraging us to explore our own artistic expression.

I met Sapna Bhavnani, celebrity hairstylist, artist and activist who changed my perspective on humanity and challenged me to get my hands dirty in digging for human experiences. She also gave me my very first onset job on a commercial shoot. As a dancer and choreographer, Ashley Lobo, Svetana Kanwar, Jaison Mathew, and Yuko Harada reinvented me over and over again.

On the very first day of film school, Gareth Dunnet Allocer challenged everything I thought I knew about films. He urged us to think in a way I didn’t know existed. Sanora Bartels is like my mother here in L.A. She taught me the very first things about screenwriting and inspires me to be the best version of myself, every day.

Recently, Master Paul Yates, film director, introduced me to alternative cinema and continued to push me out of my comfort zone. Along with the most amazing set of friends and colleagues who are constantly inspiring me. 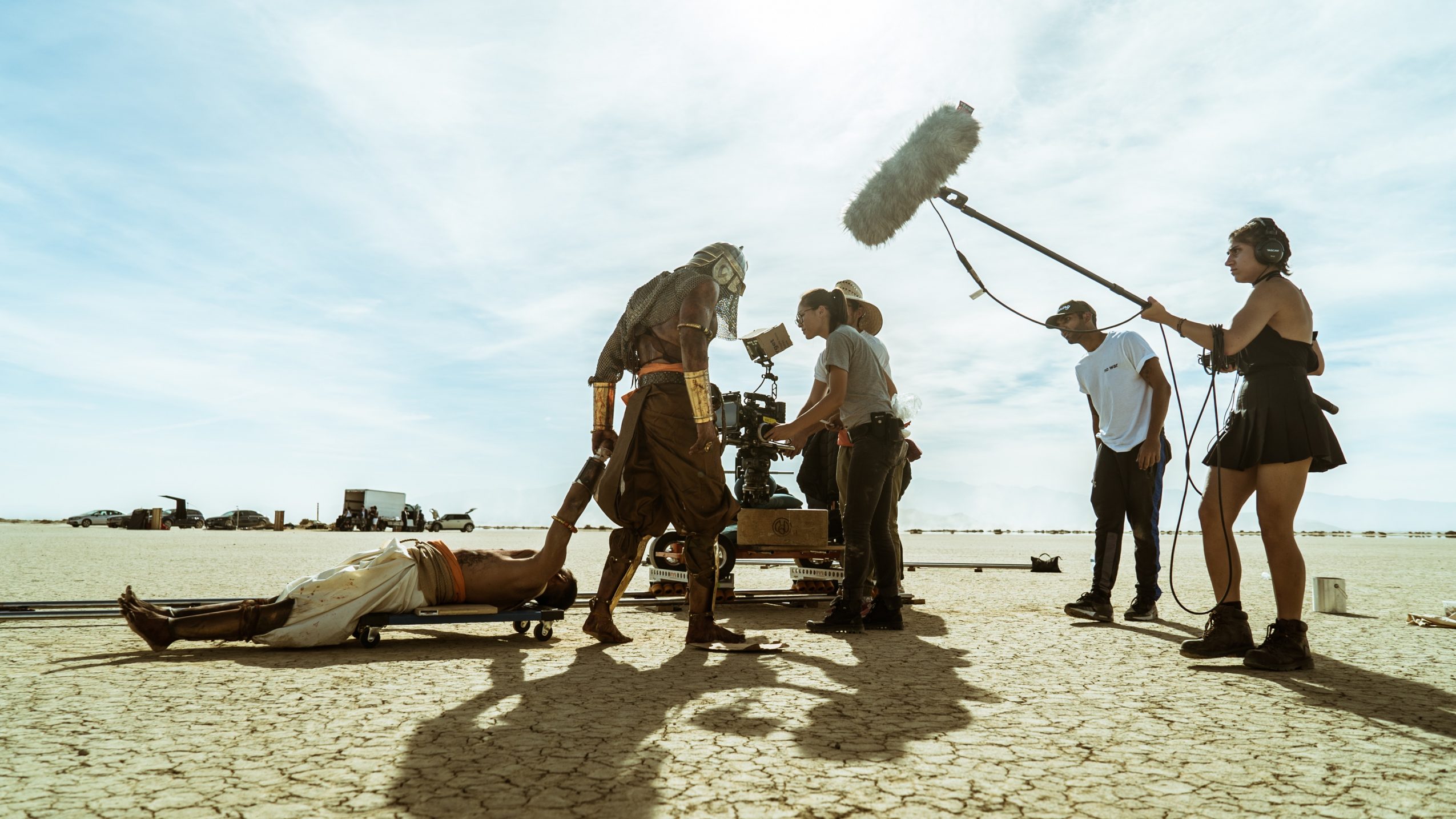 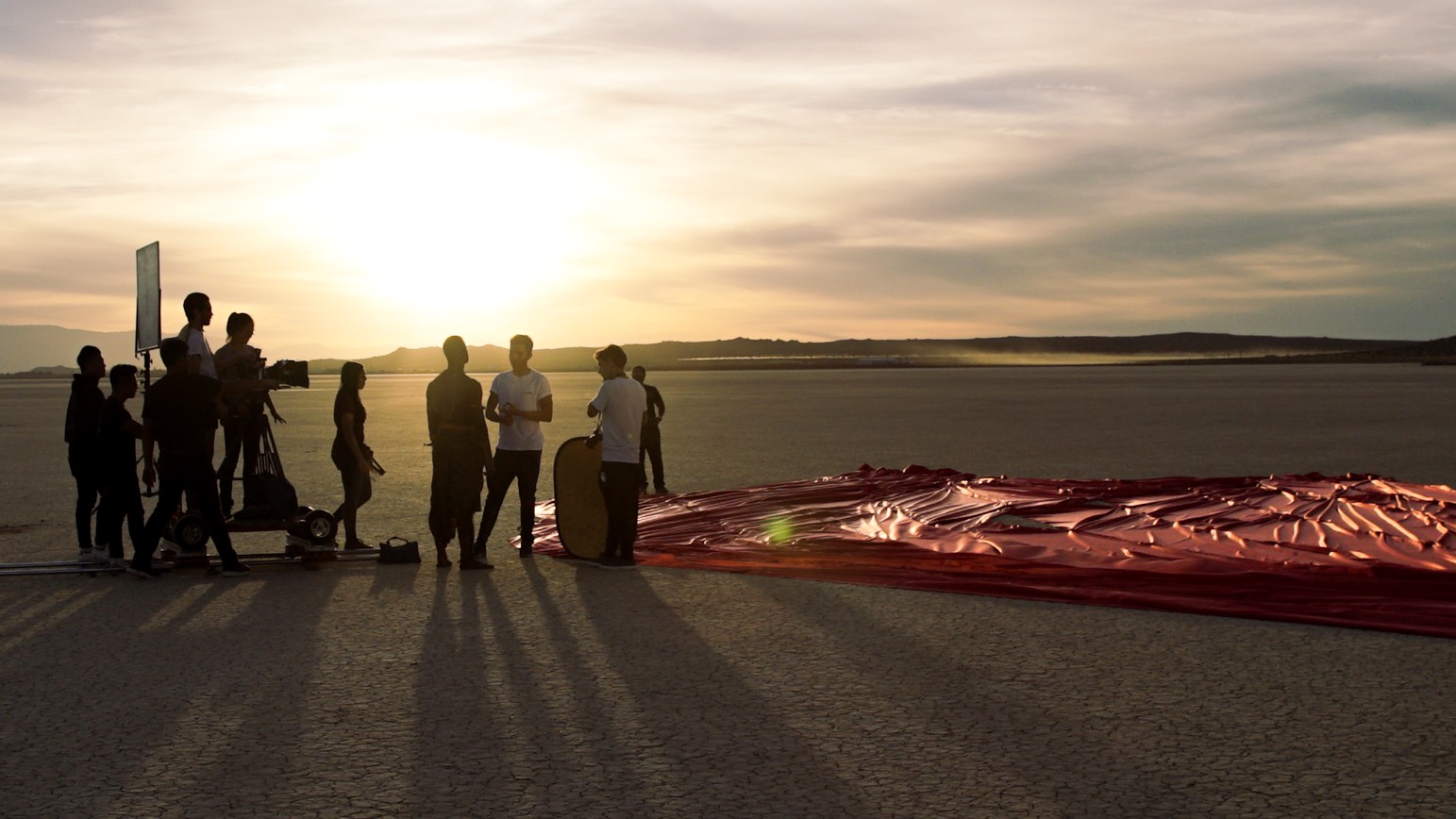 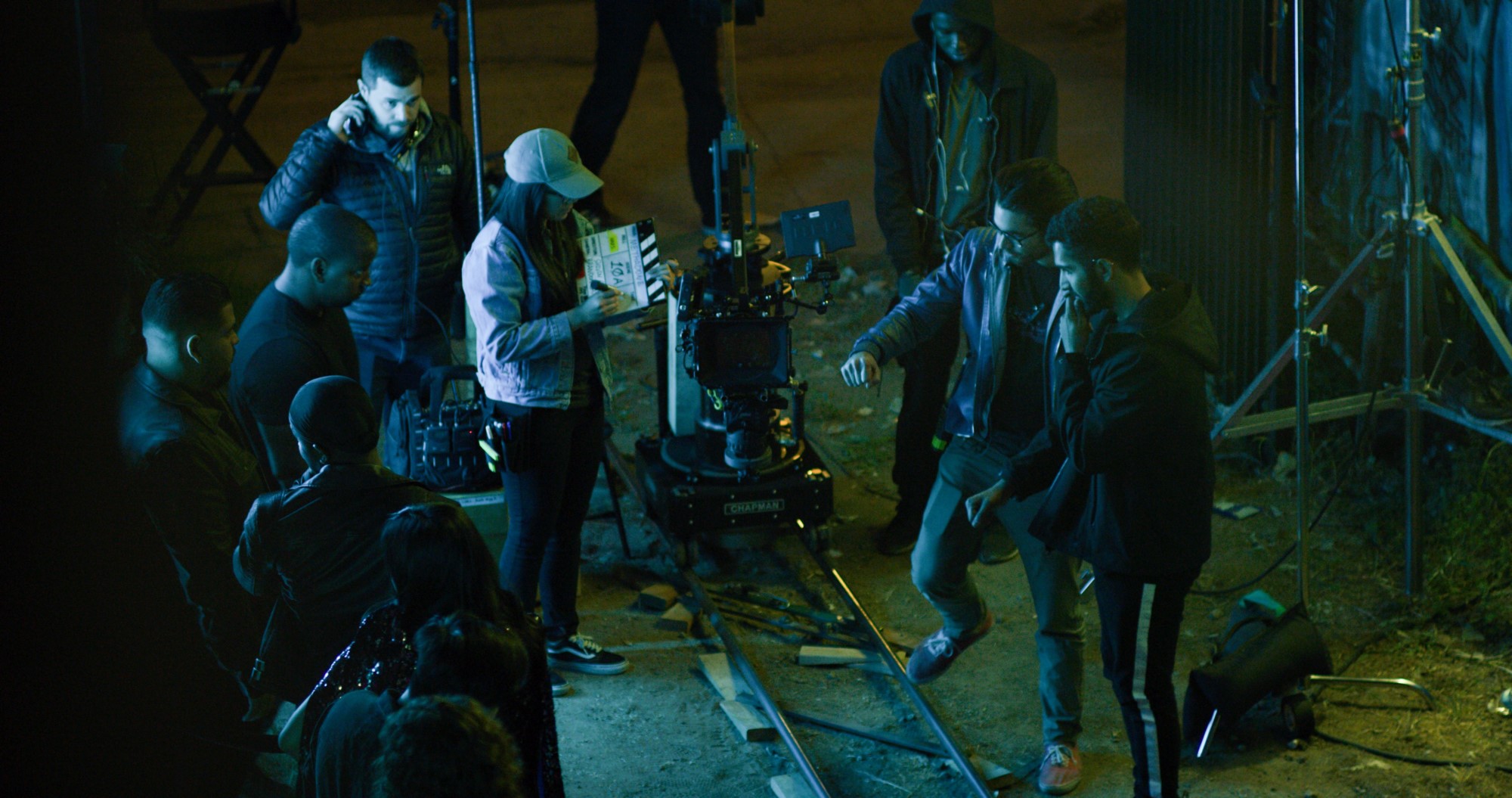 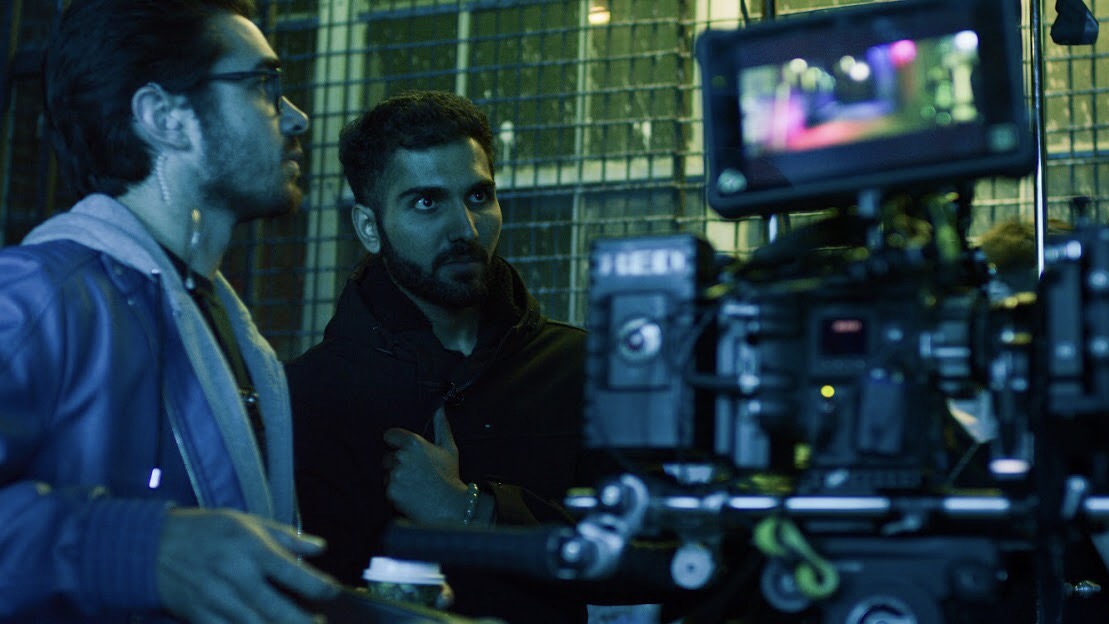